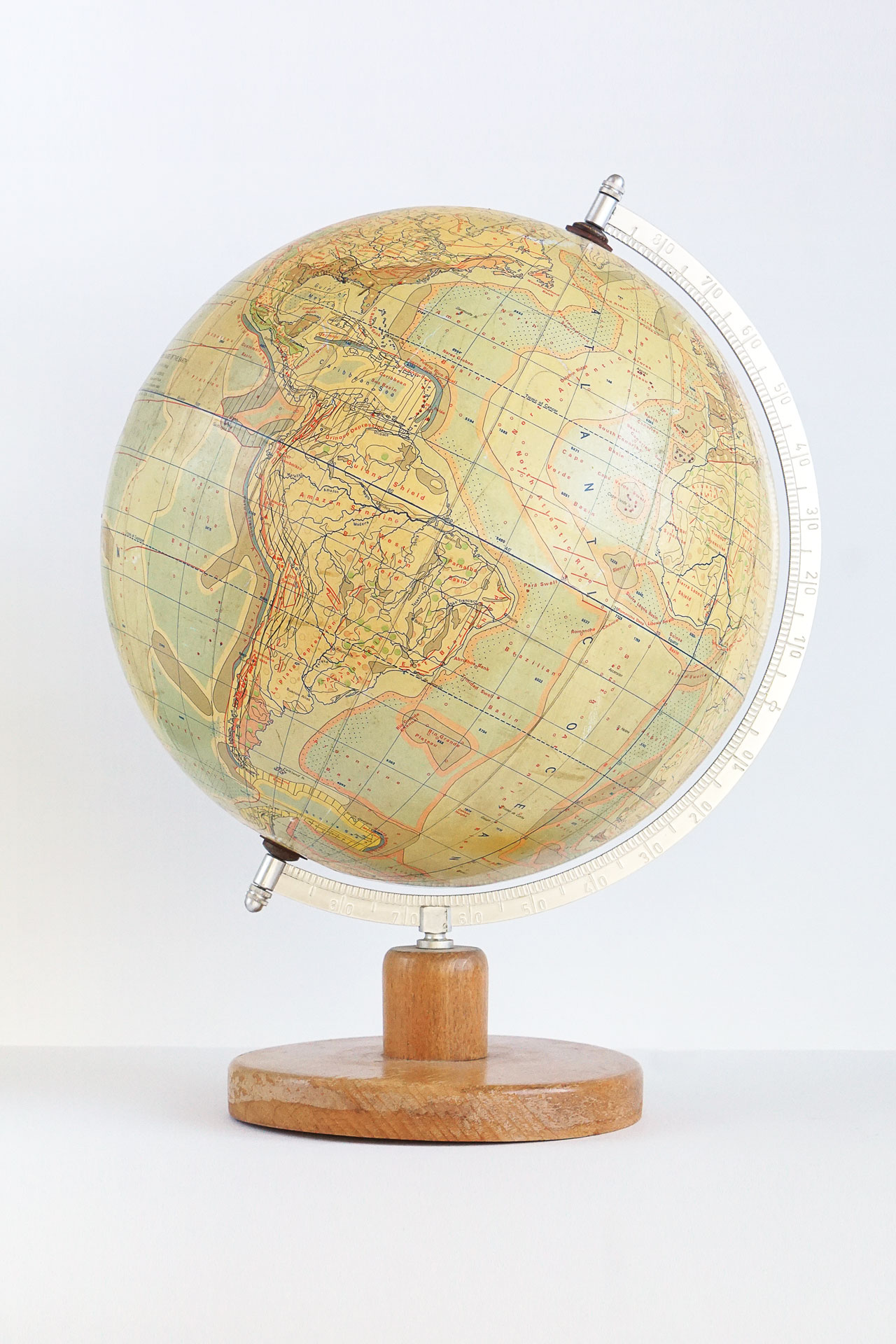 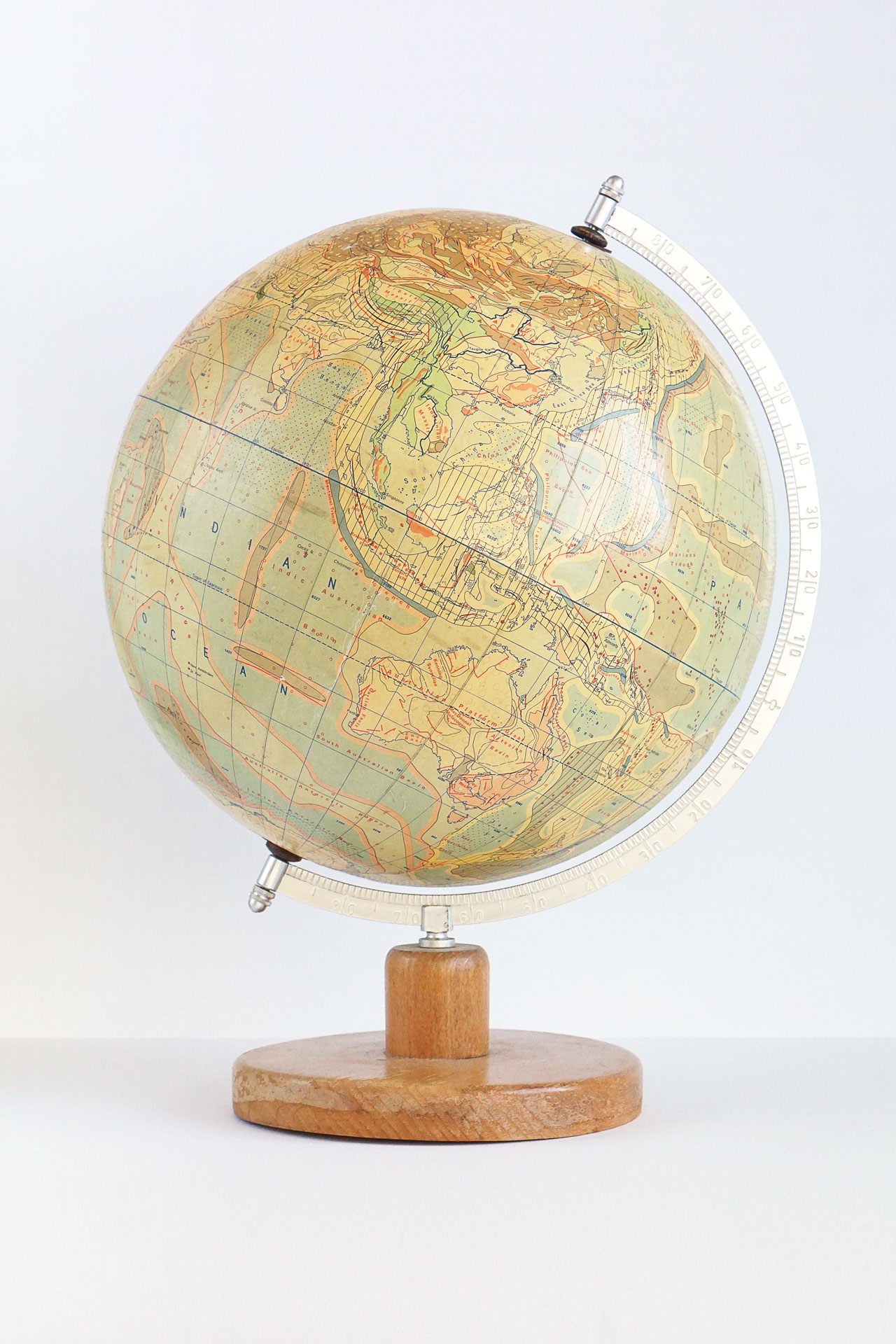 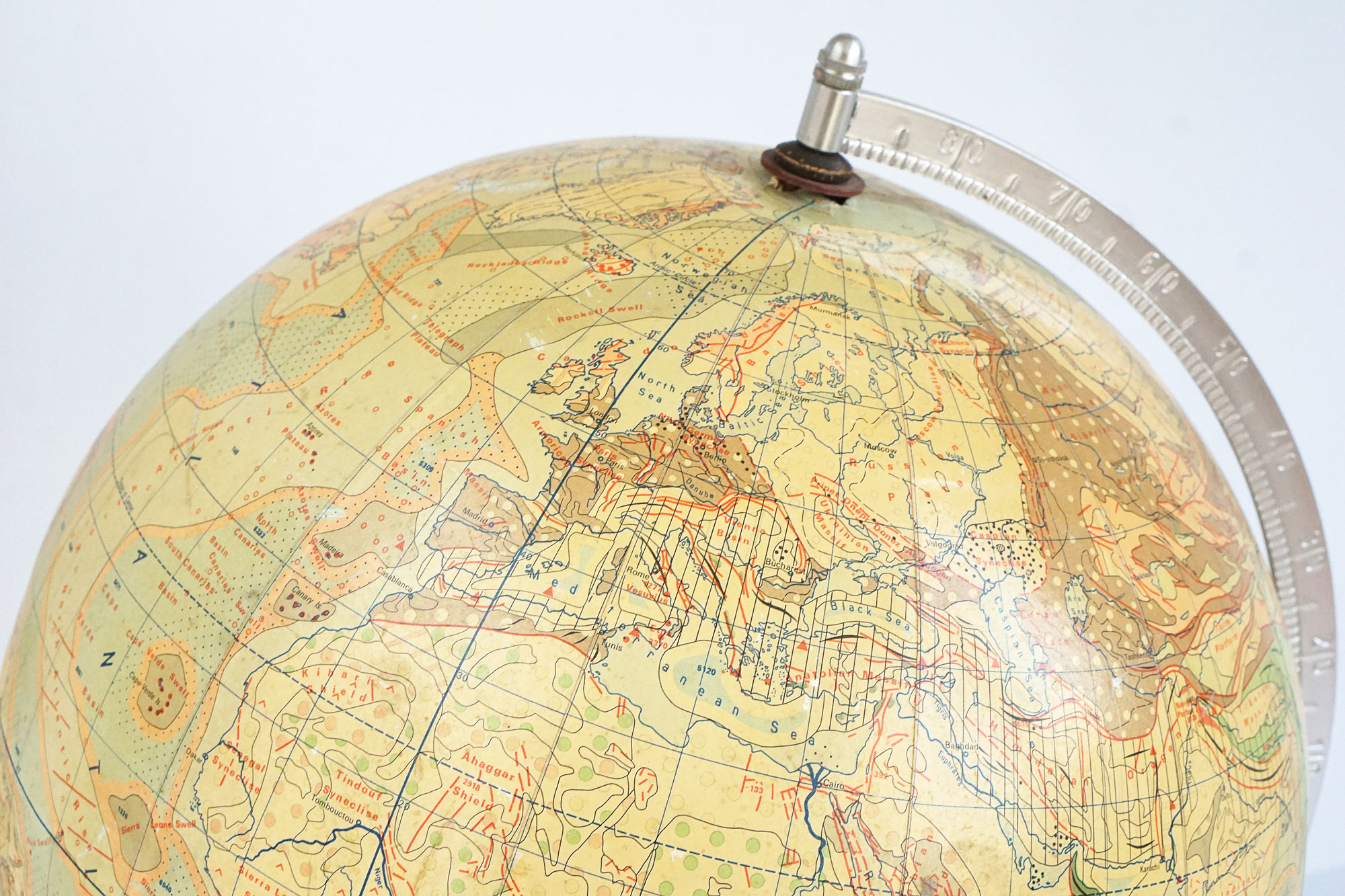 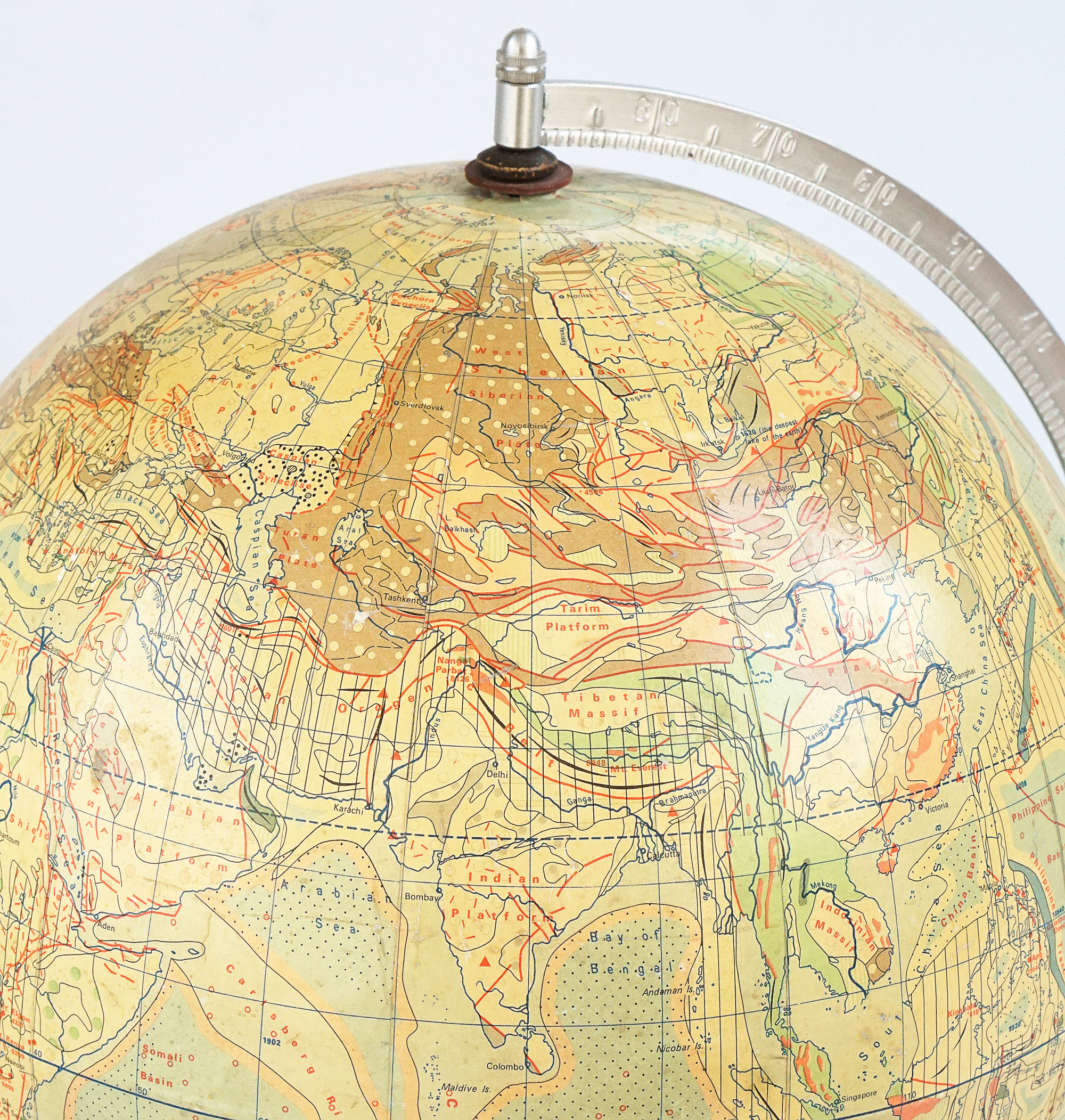 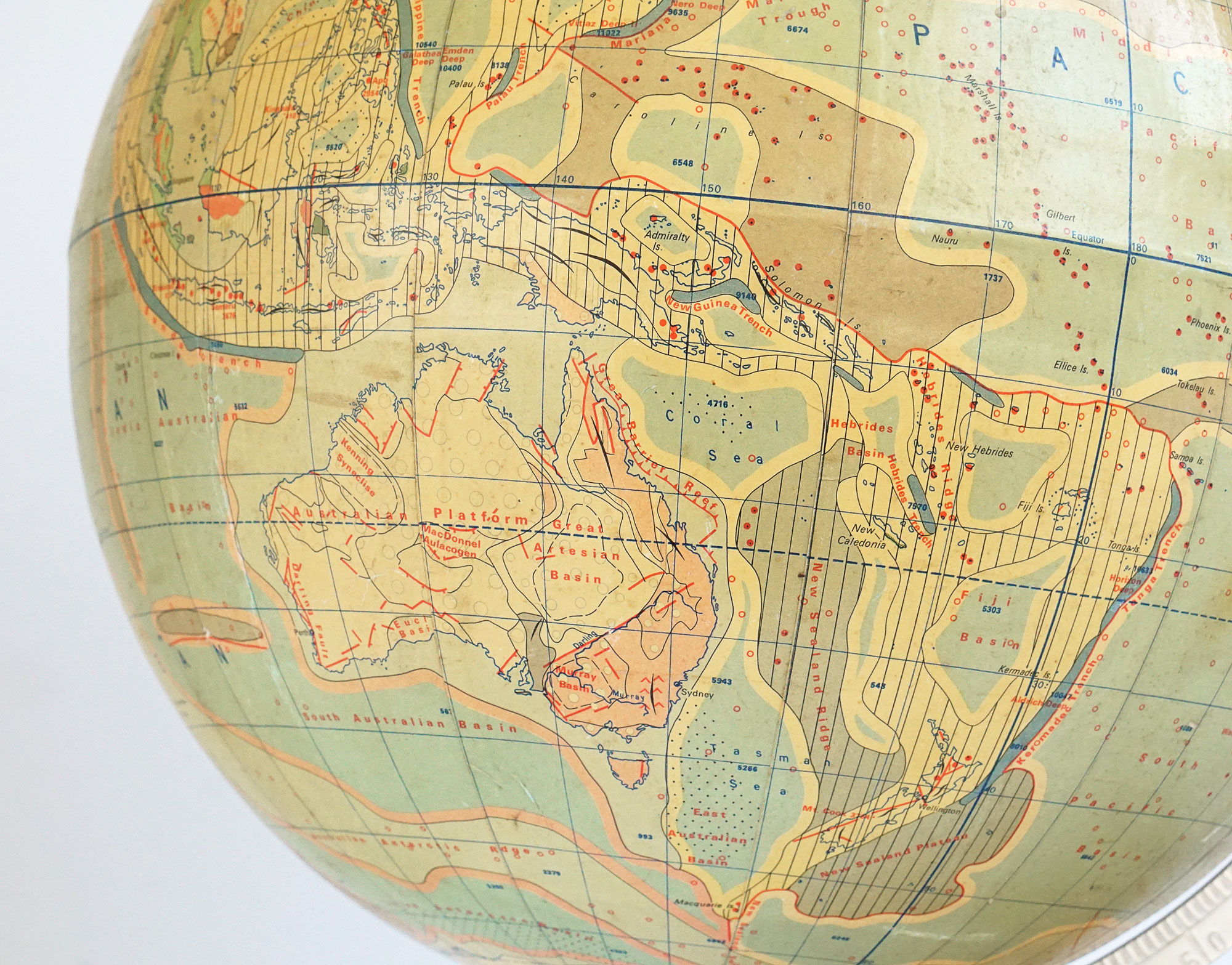 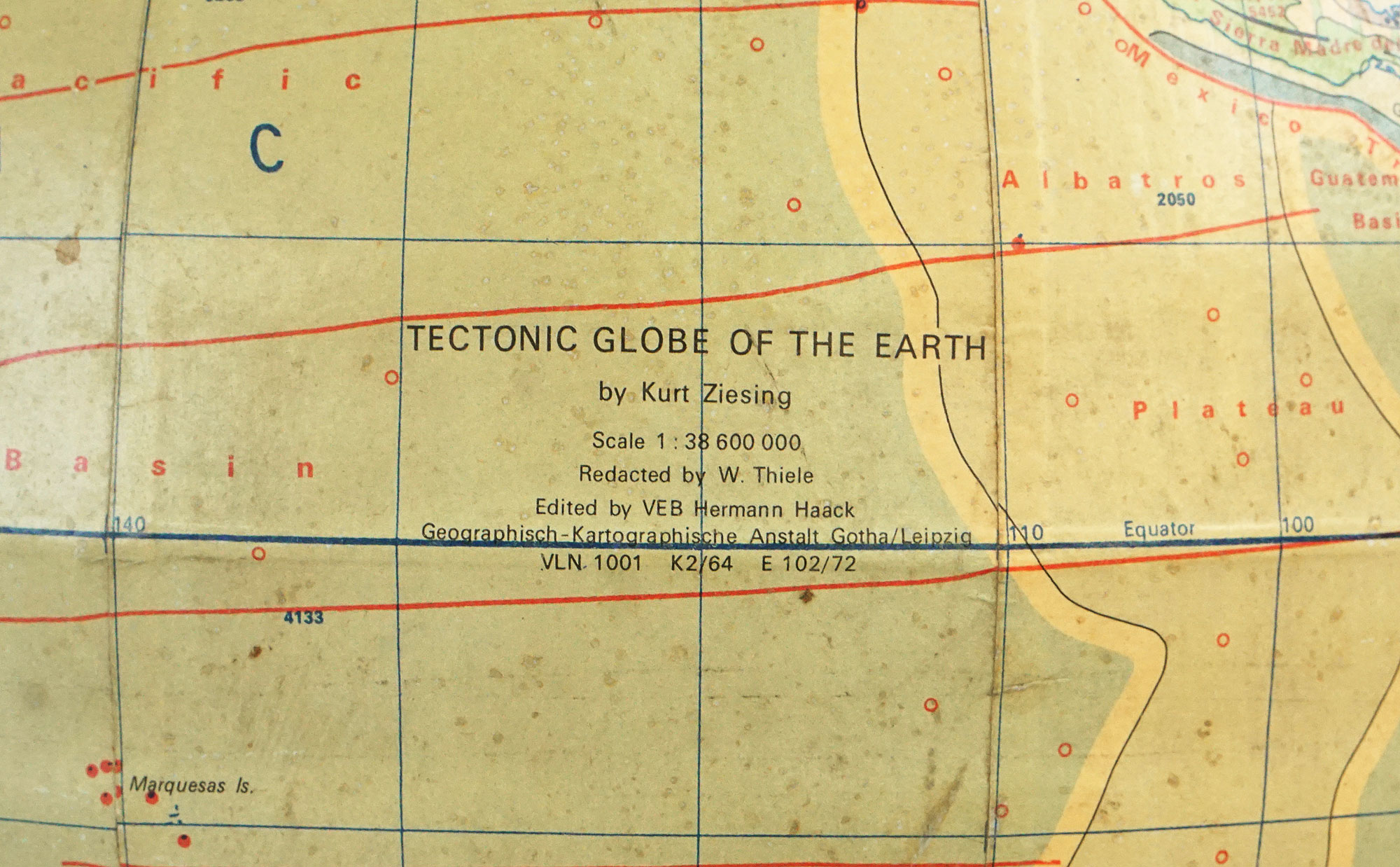 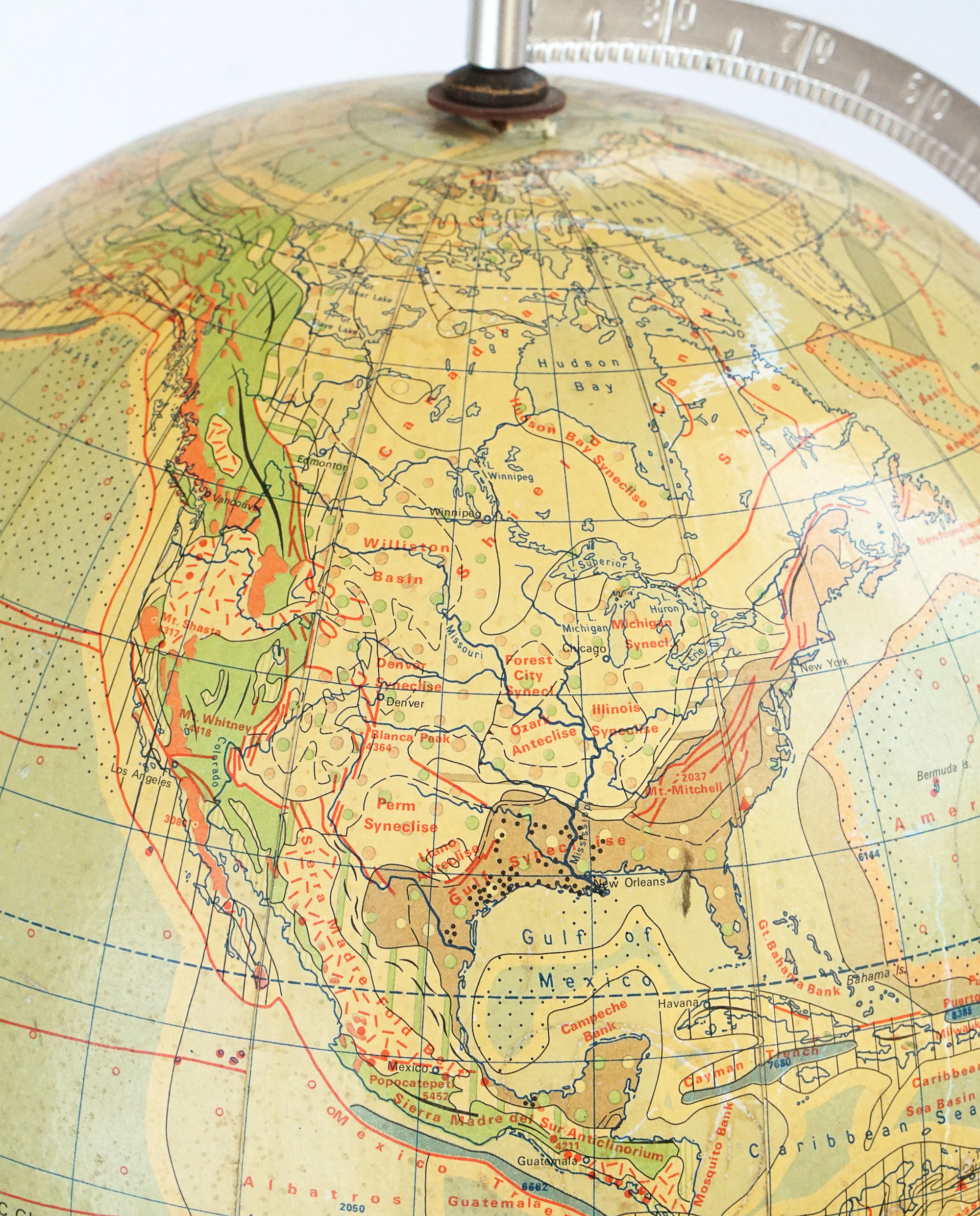 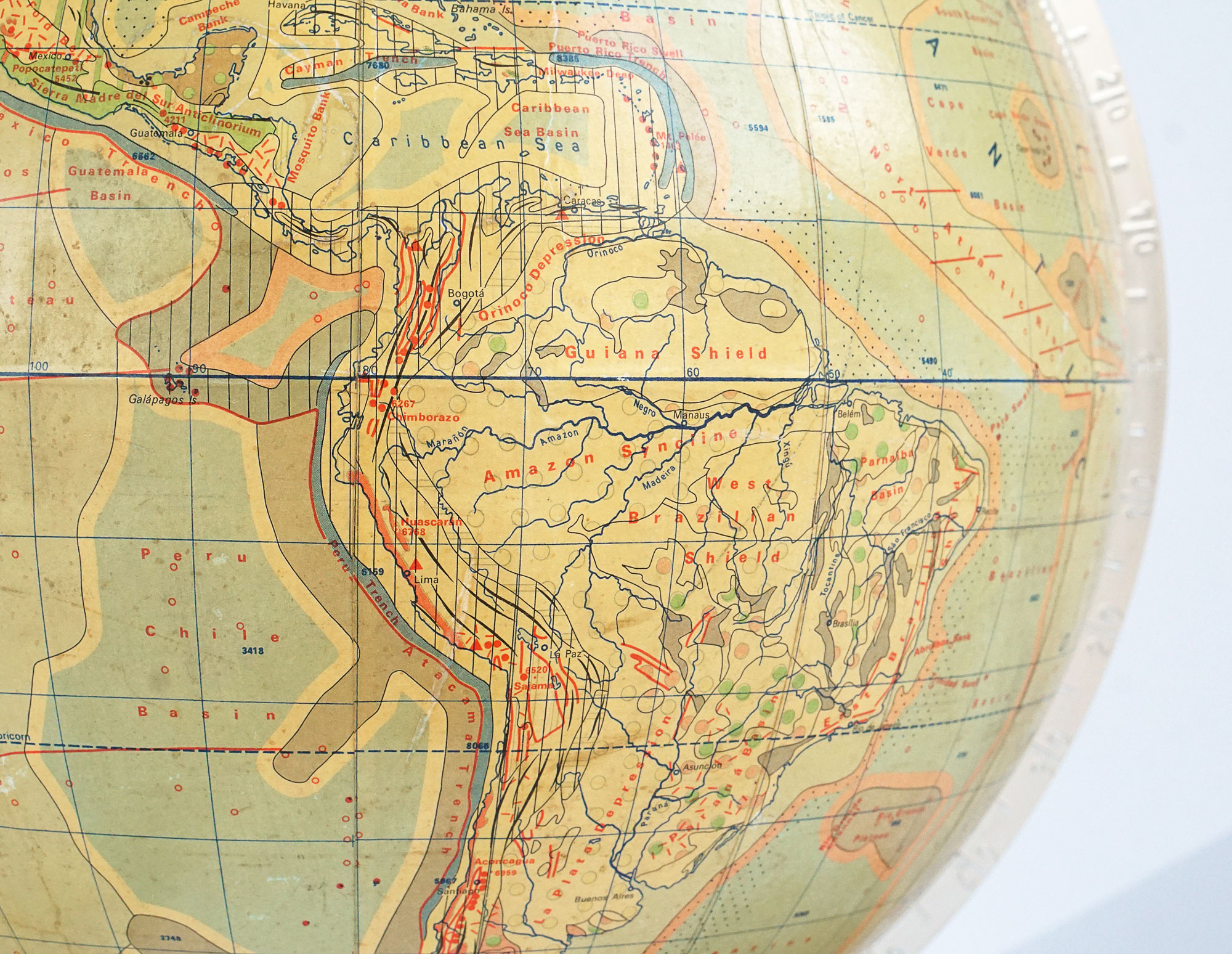 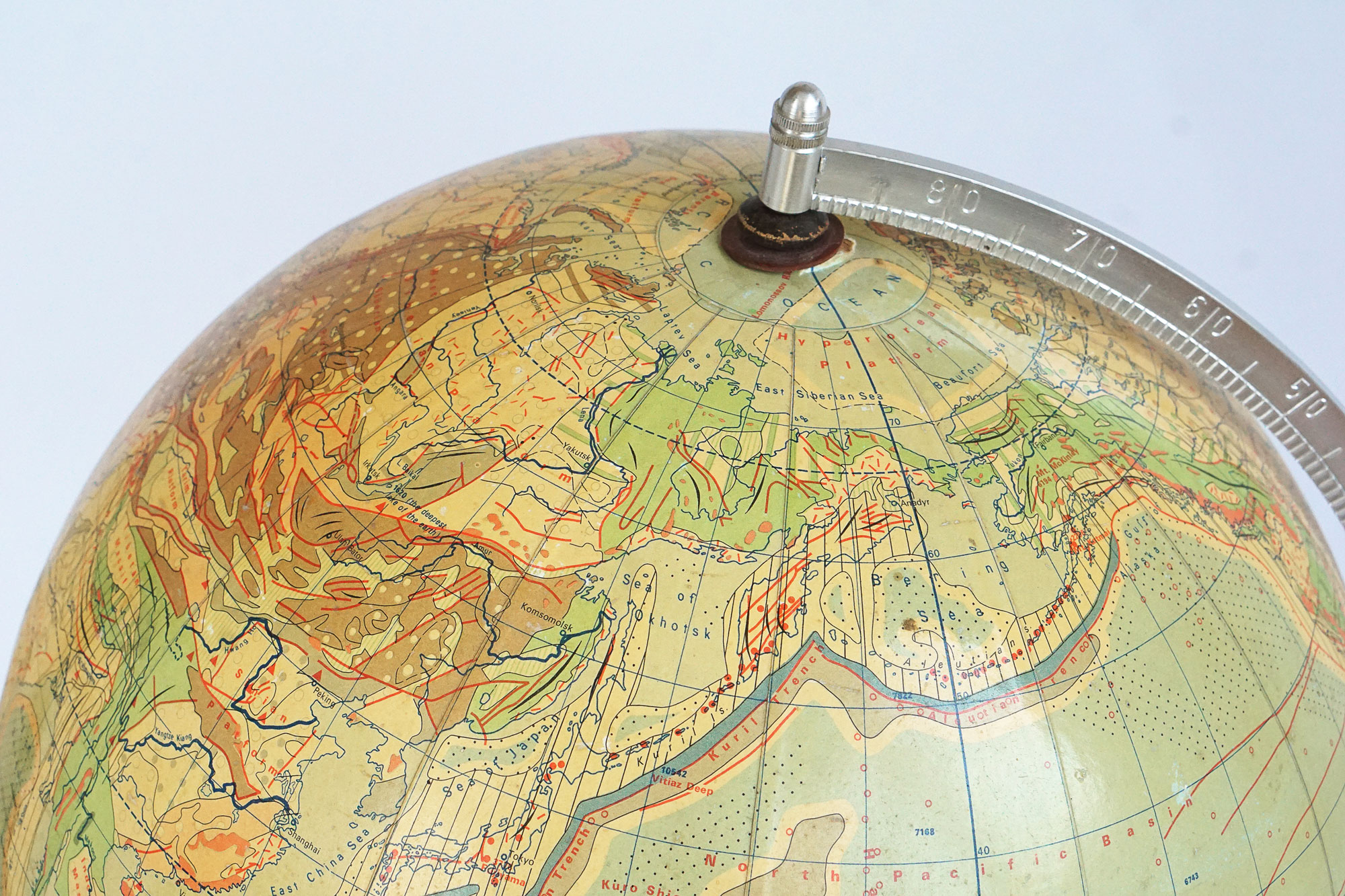 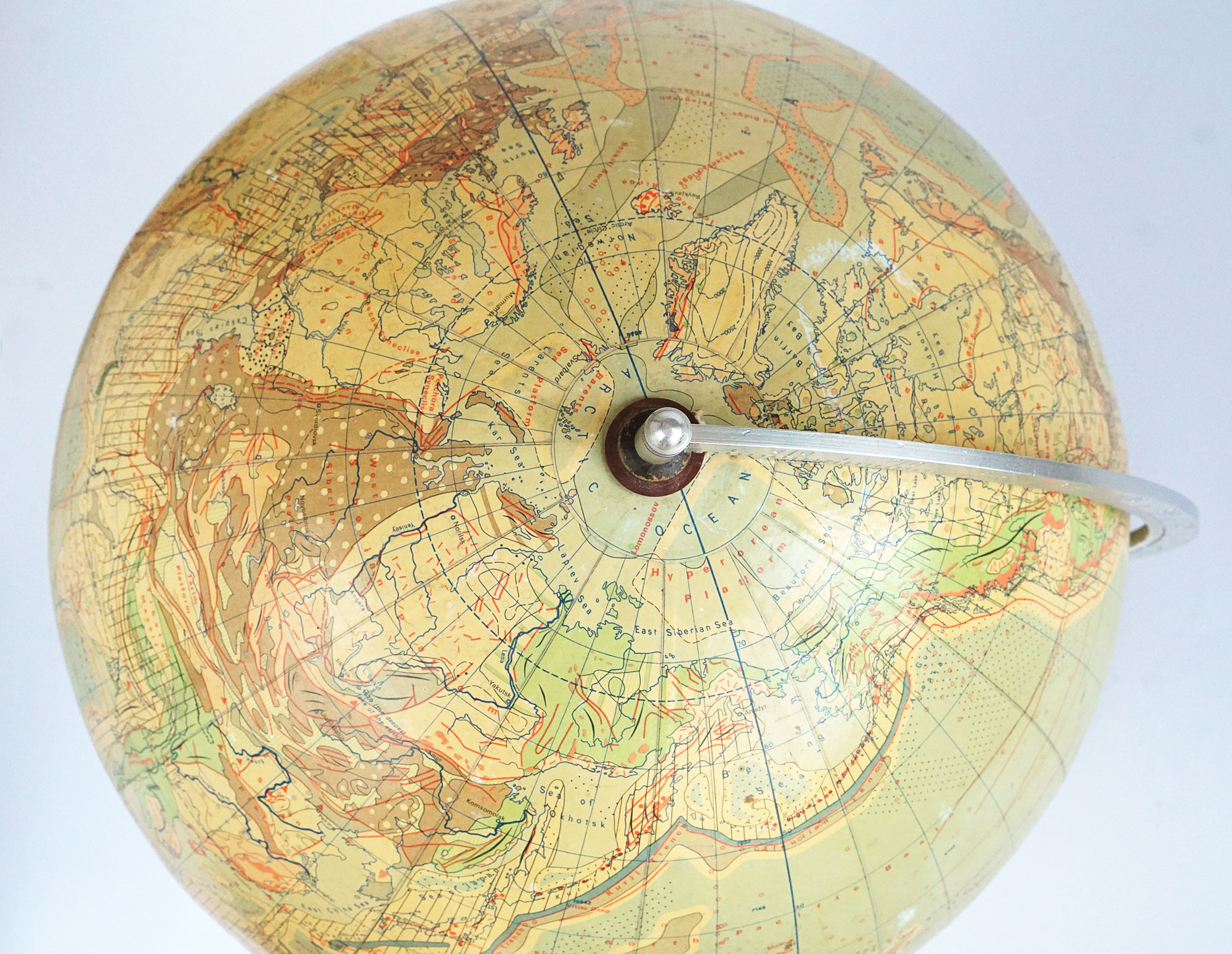 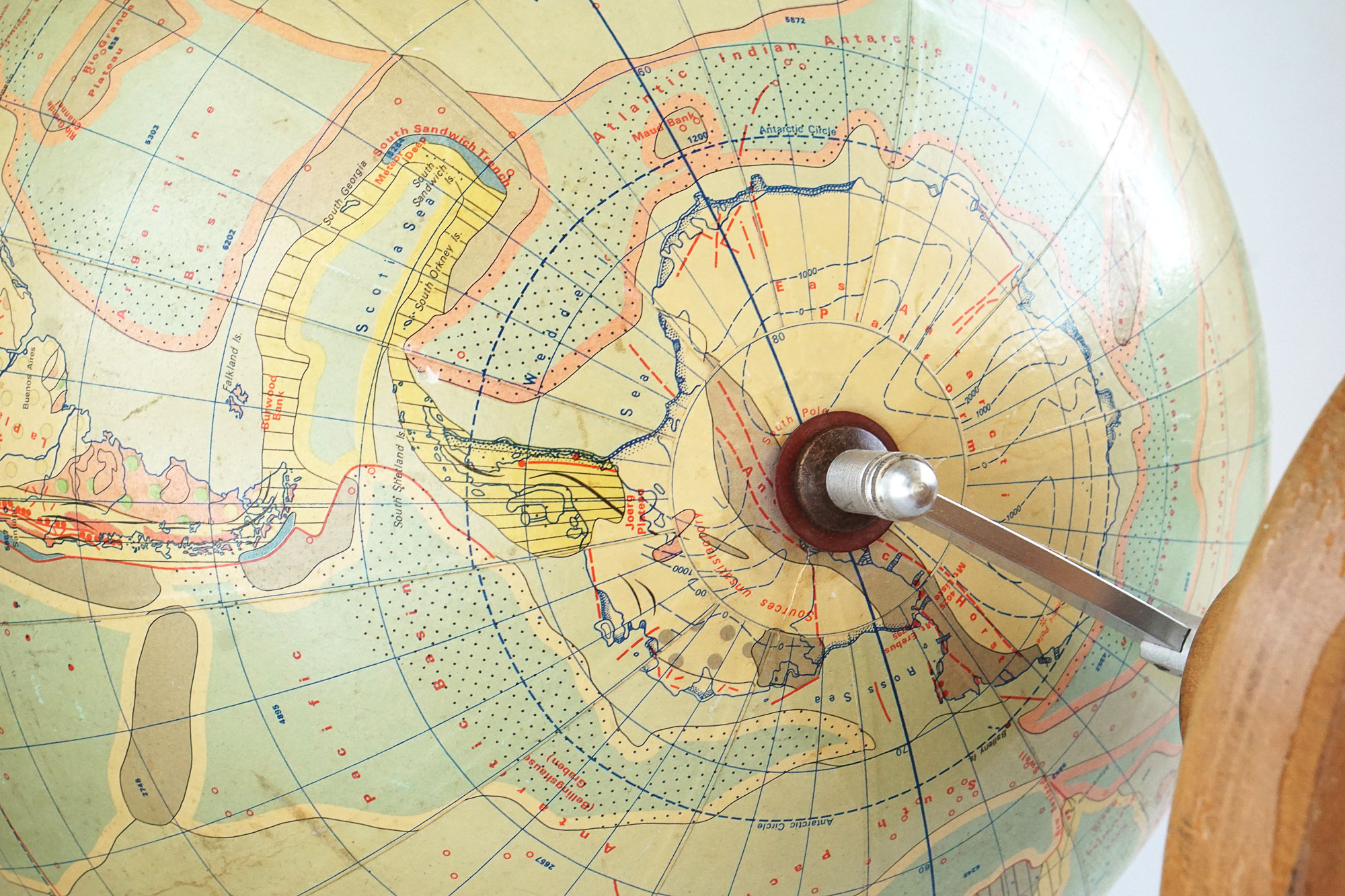 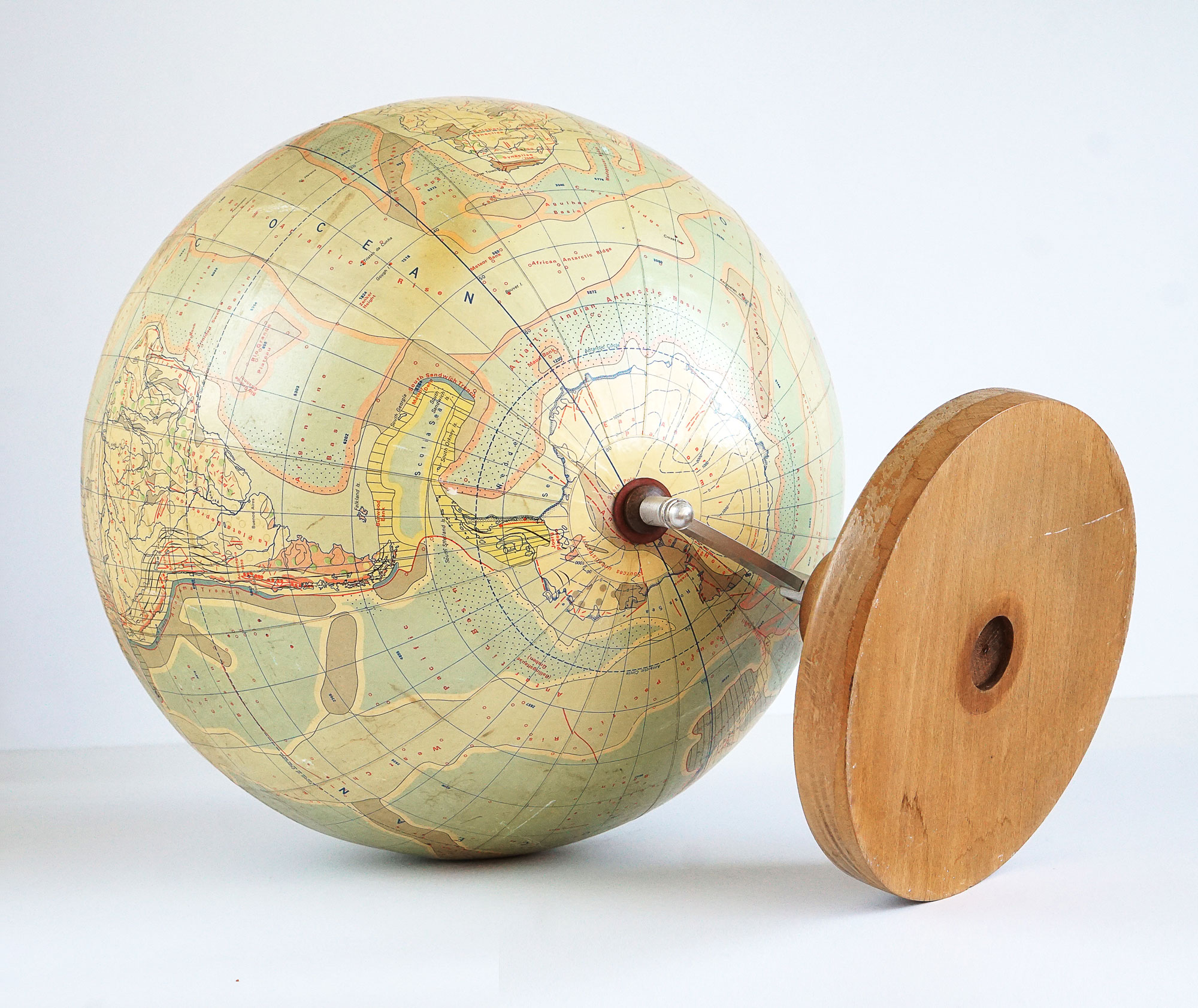 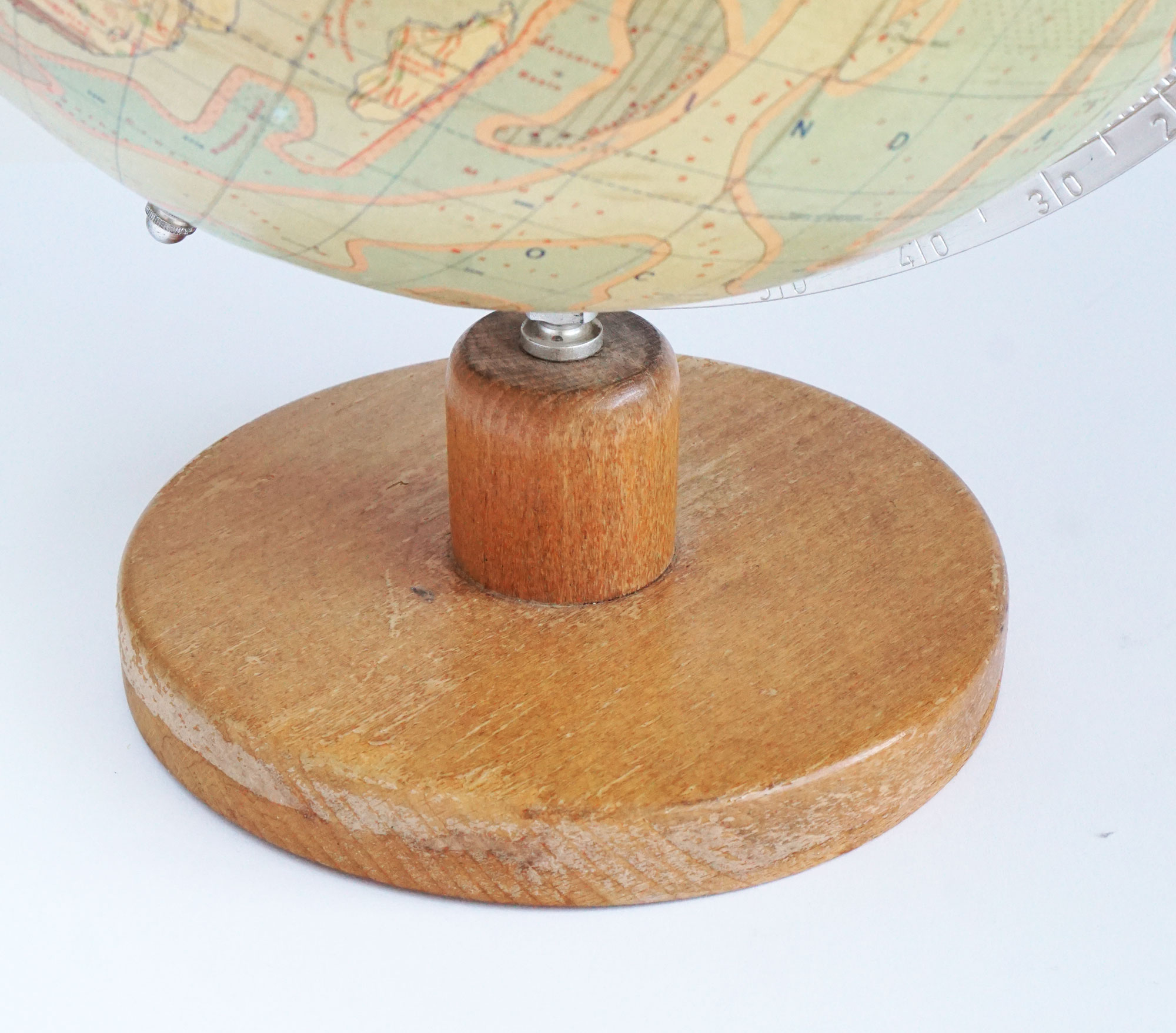 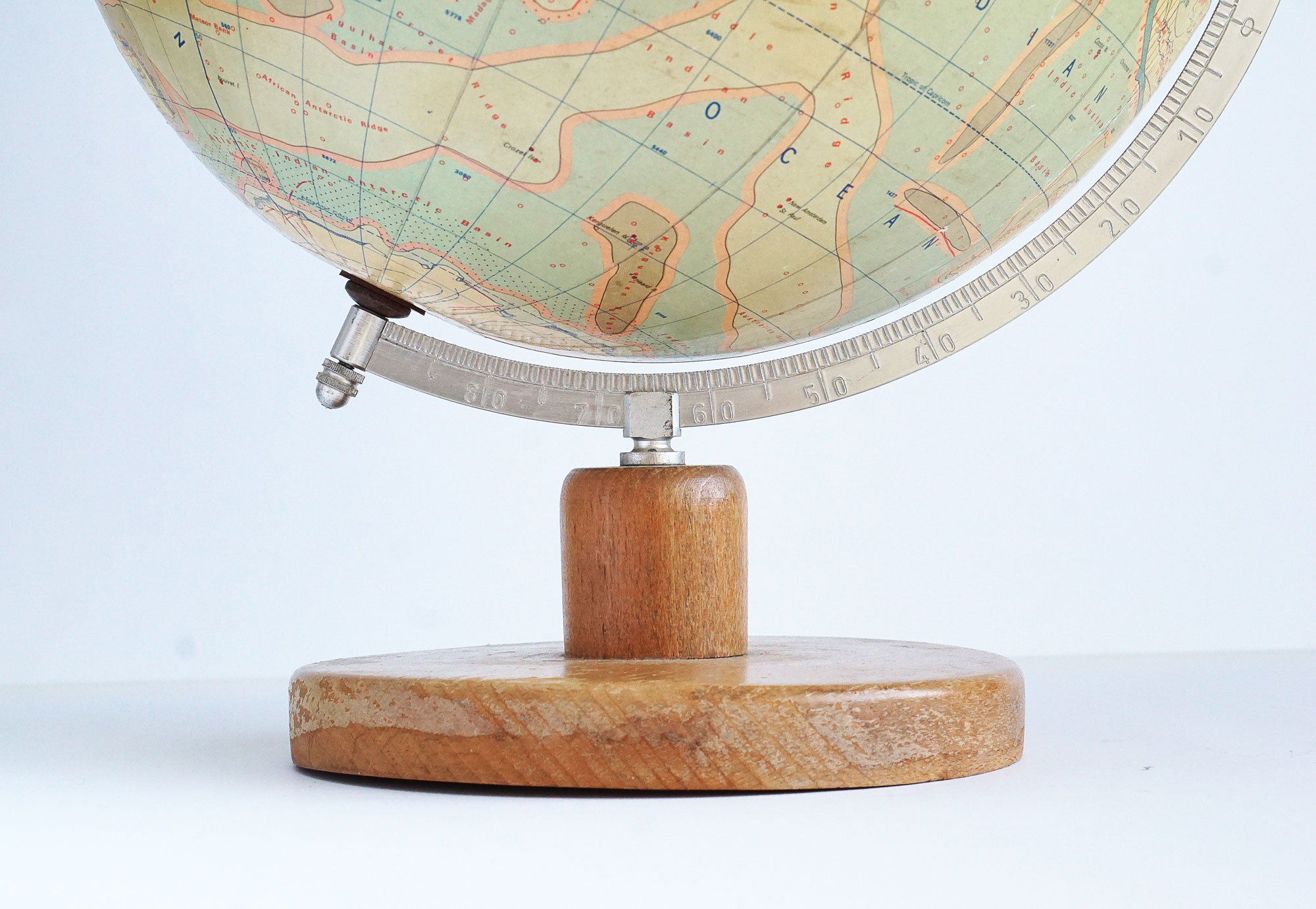 Tectonic Globe of the Earth

Extremely rare tectonic globe made in the Eastern Germany by Kurt Ziesing, redacted by W. Thiele, and edited by VEB Herman Haack from Geographisch-Kartographisch Anstalt Gotha/Leipzig. It belongs to a very small family of thematic globes, with only handful of other examples like the Klimaglobus (the Climate Globe) by Georg Jensch or the Globe of Natural Hazards (produced by an Insurance company Munich Re). All of them were made in Germany, however the first two were made in the former East Germany (GDR).

During the second symposium of the Coronelli World Association of Globe Friends in Dresden in 1965, the idea of creating thematic globes was discussed heavily. When the Institute of Cartography at University of Dresden pursued the idea of creating a thematic globe, the topic of geotectonics stood out as particularly worthy to be depicted in the form of a globe, as only in this representation of the Earth, the experts are able to follow large-scale tectonic phenomena across vast terrestrial spaces, poles and oceans, without the limits and distortion of flat maps.

Kurt Ziesing, the graduate of the Institute of Cartography on the Technical University of Dresden, drafted the tectonic globe based on the recently published maps as part of his diploma thesis in 1967. The resulted coloured and fully mounted globe turned out to be so good, that after being revised by experts in tectonics and geology from the Dresden University, it was set out to be published commercially by Herman Haack in Gotha and Räth-Globus publishing house in Leipzig.

The tectonic bodies were differentiated by colour based on their age, the other tectonic symbols used on the map depict ruptures, salt domes, mid-ocean ridges and rifts, ocean trenches, syneclises, anteclises, basins, areas of earthquake activity including active and extinct volcanoes. Principal mountains and mountain ranges, rivers lakes and also main cities are shown for better orientation.

Covered with patina, colours slightly faded. Area around Baffin island has the varnish scraped off. The paint on the wooden base is slightly coming off on the sides.