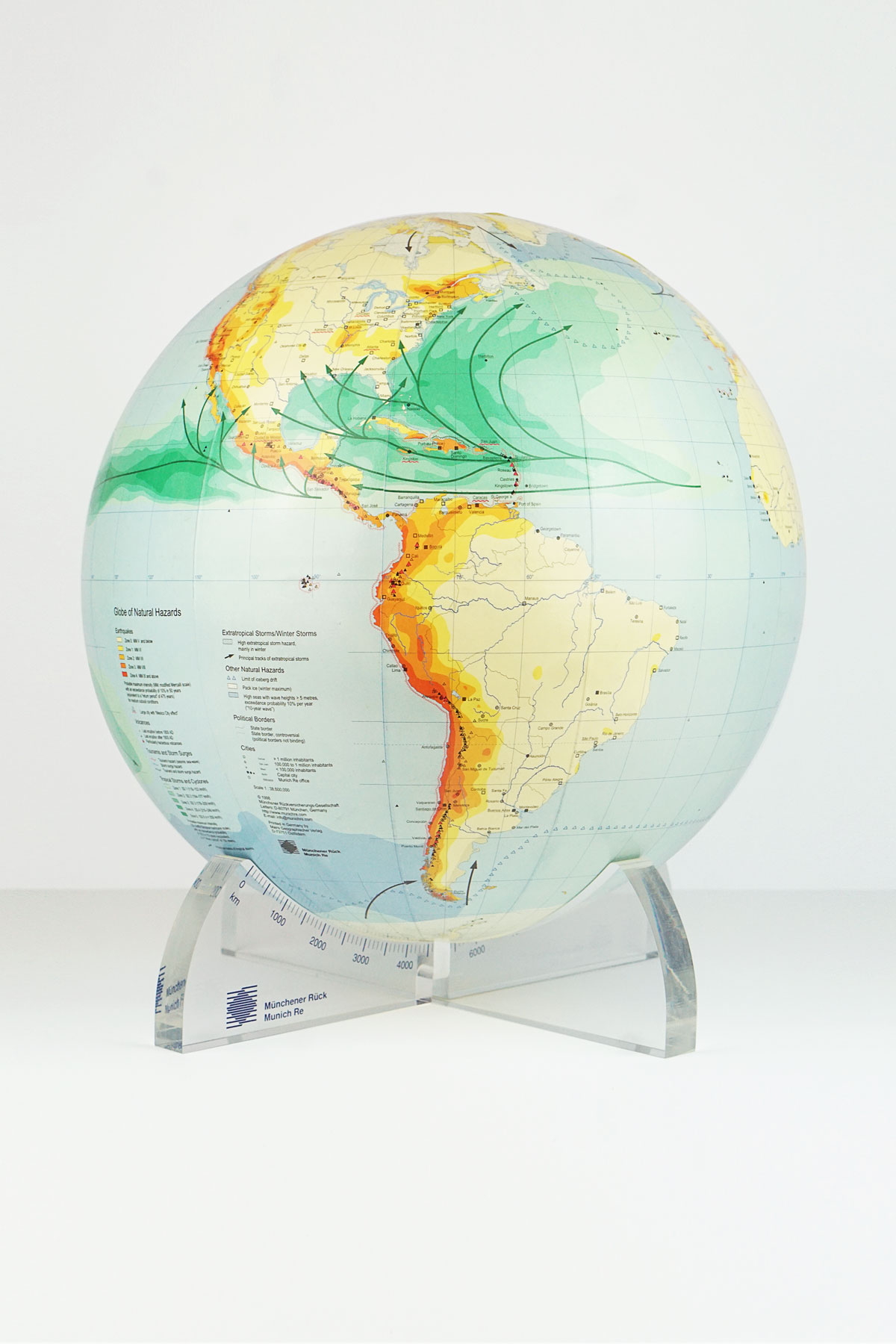 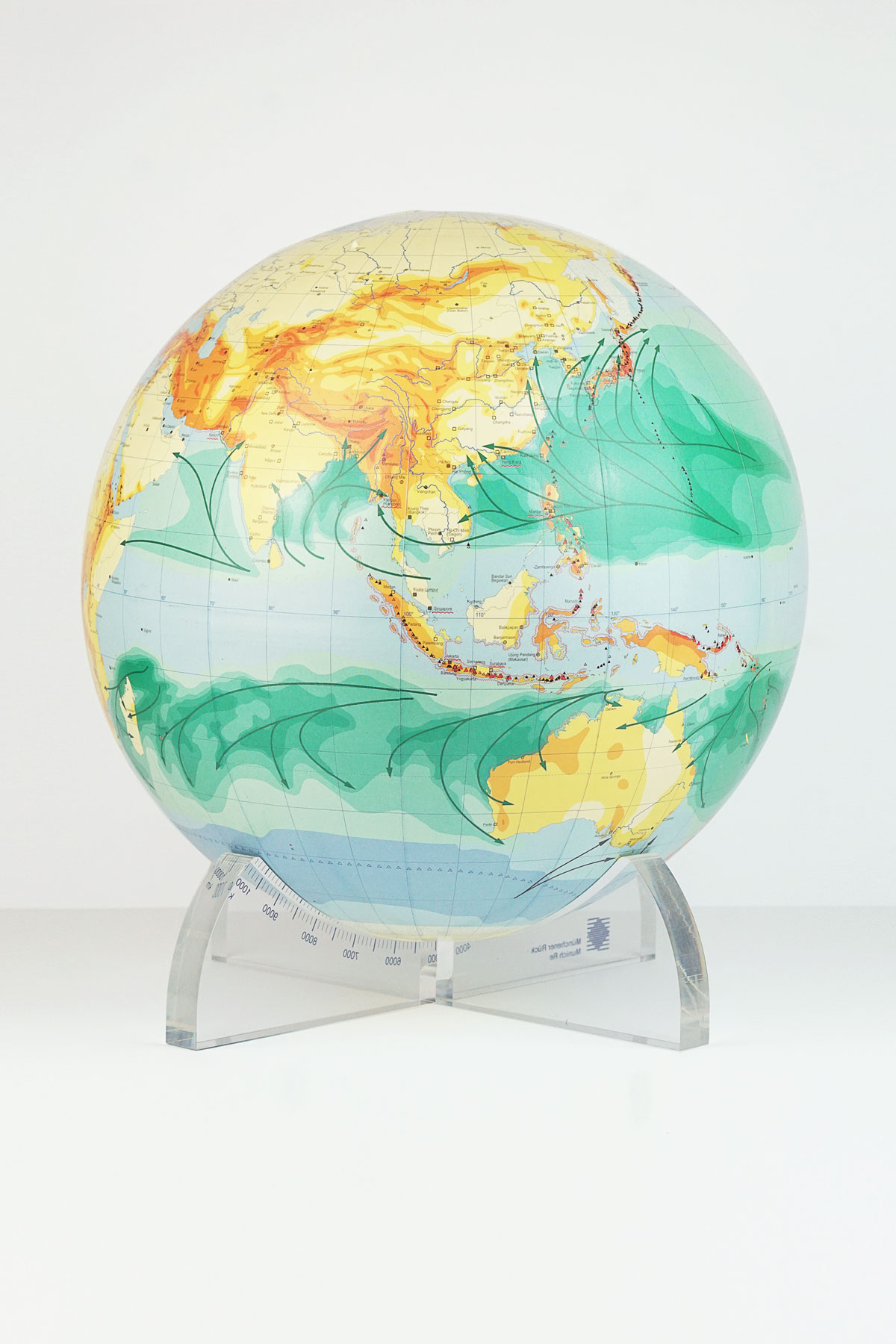 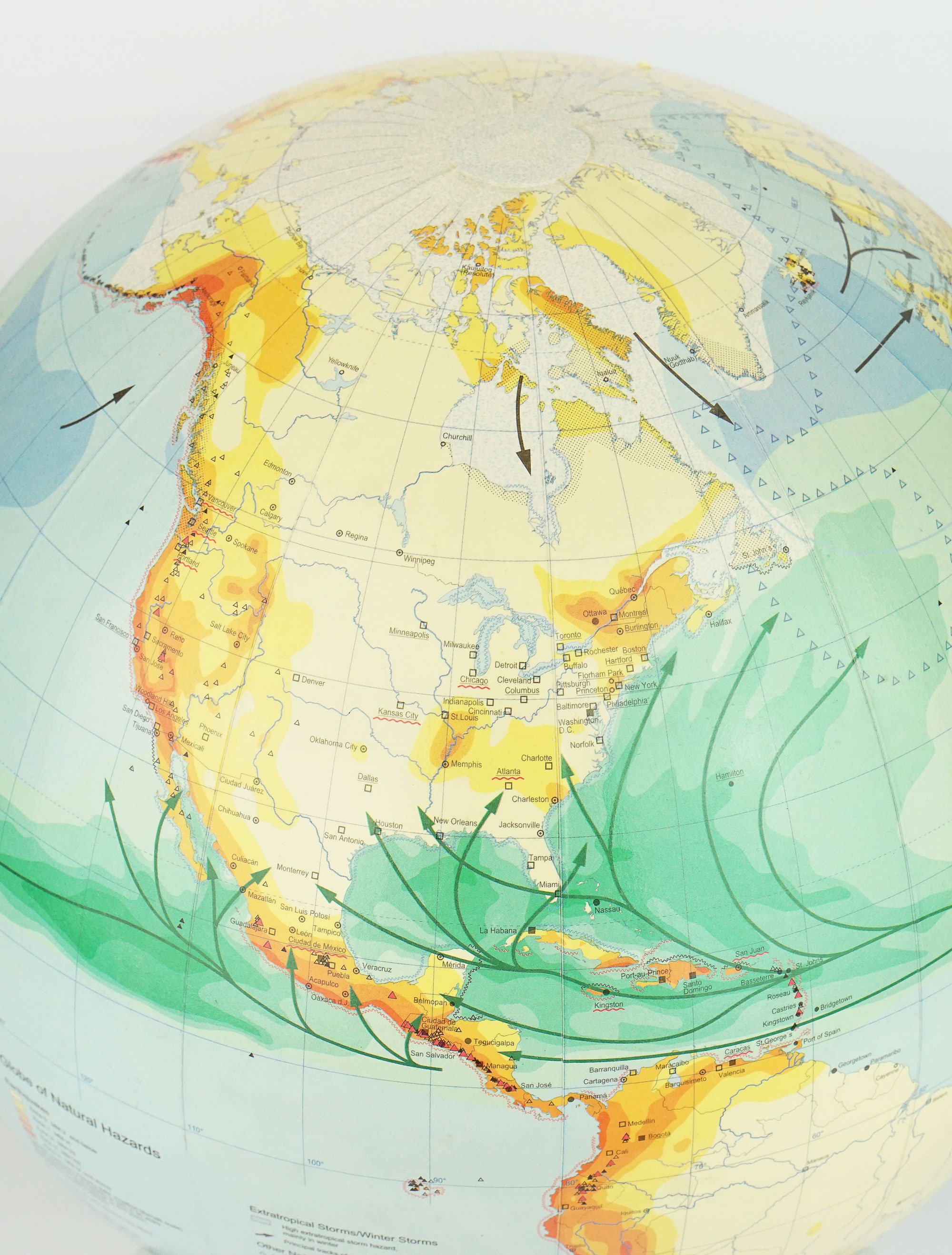 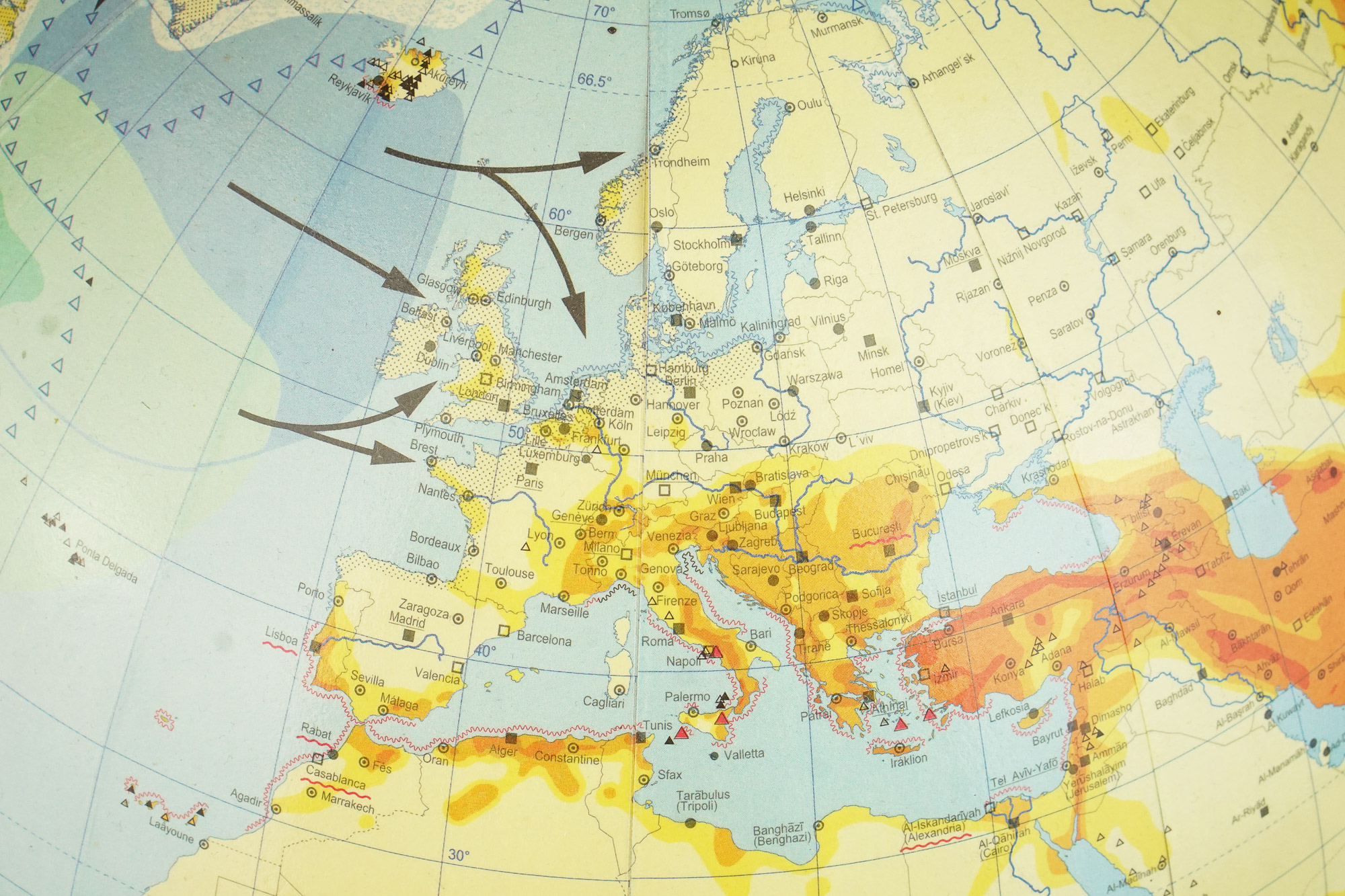 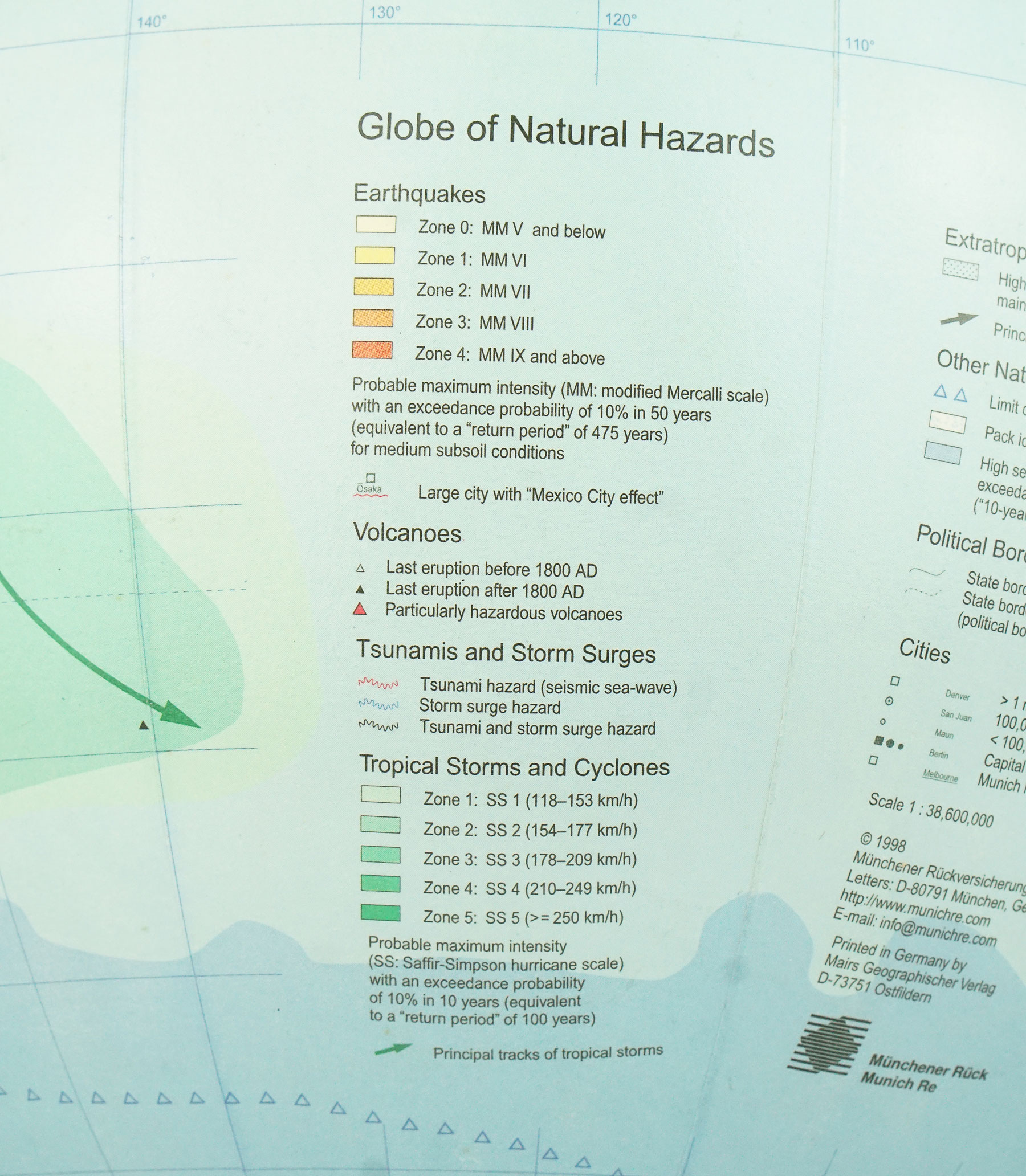 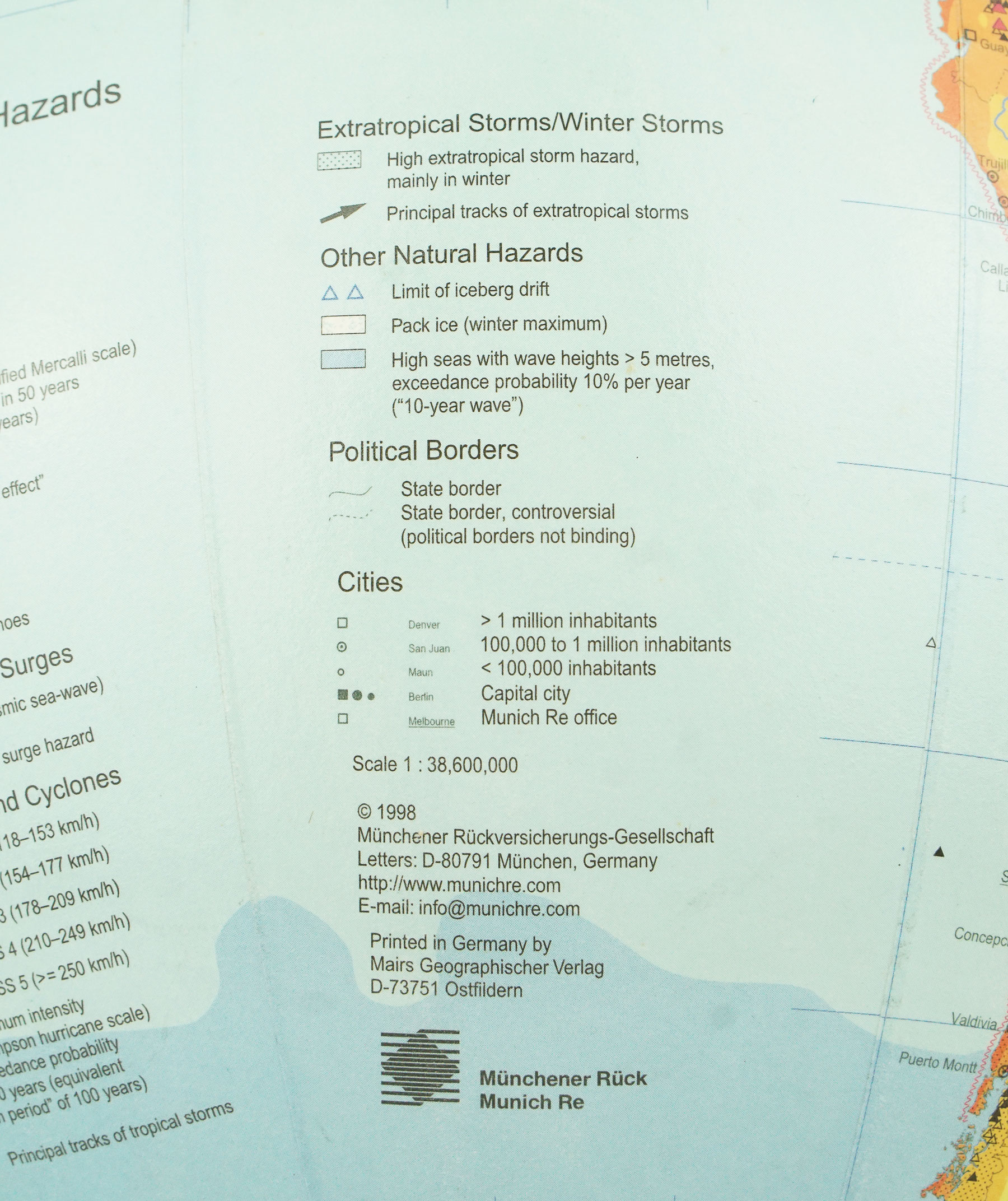 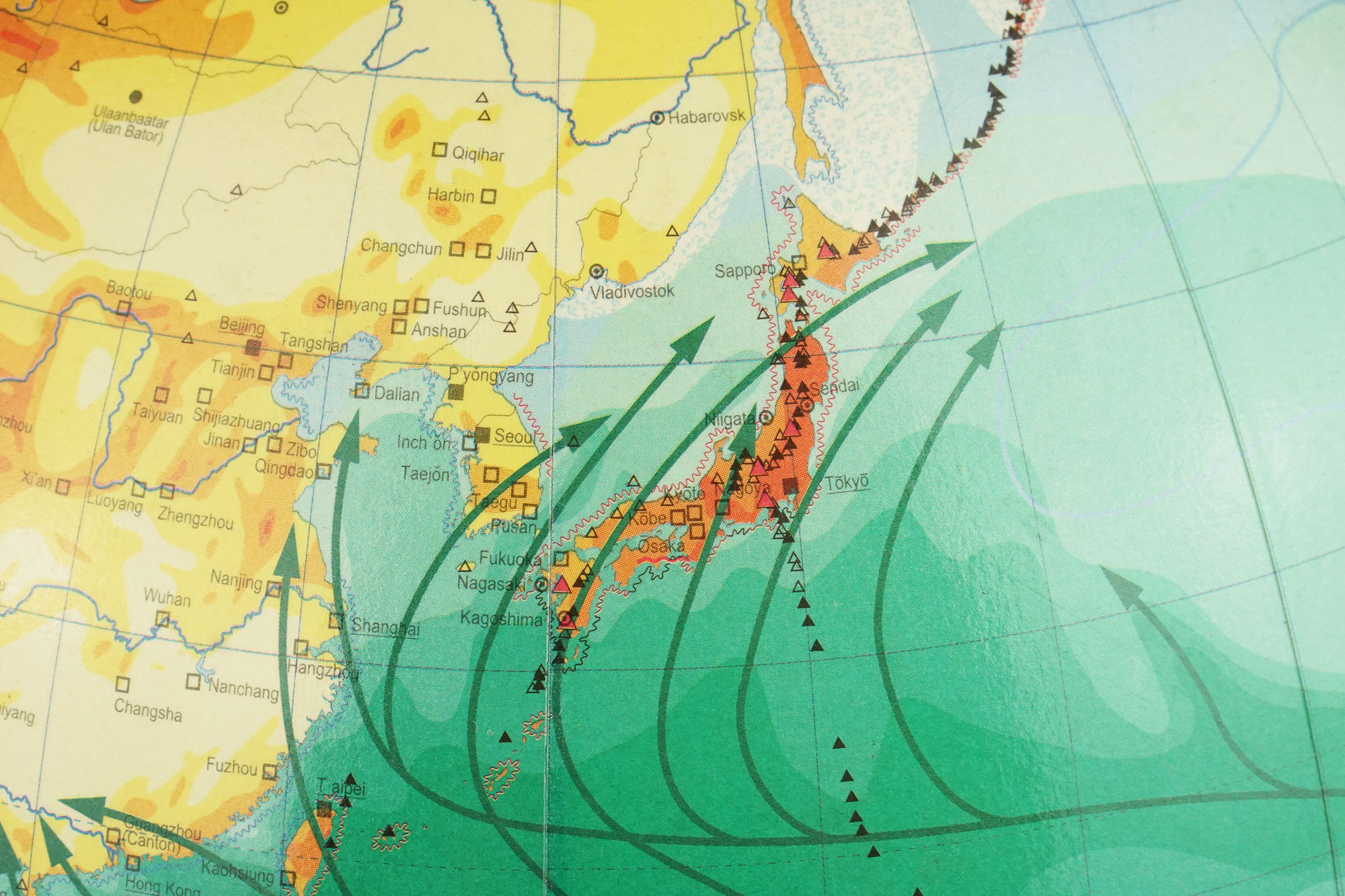 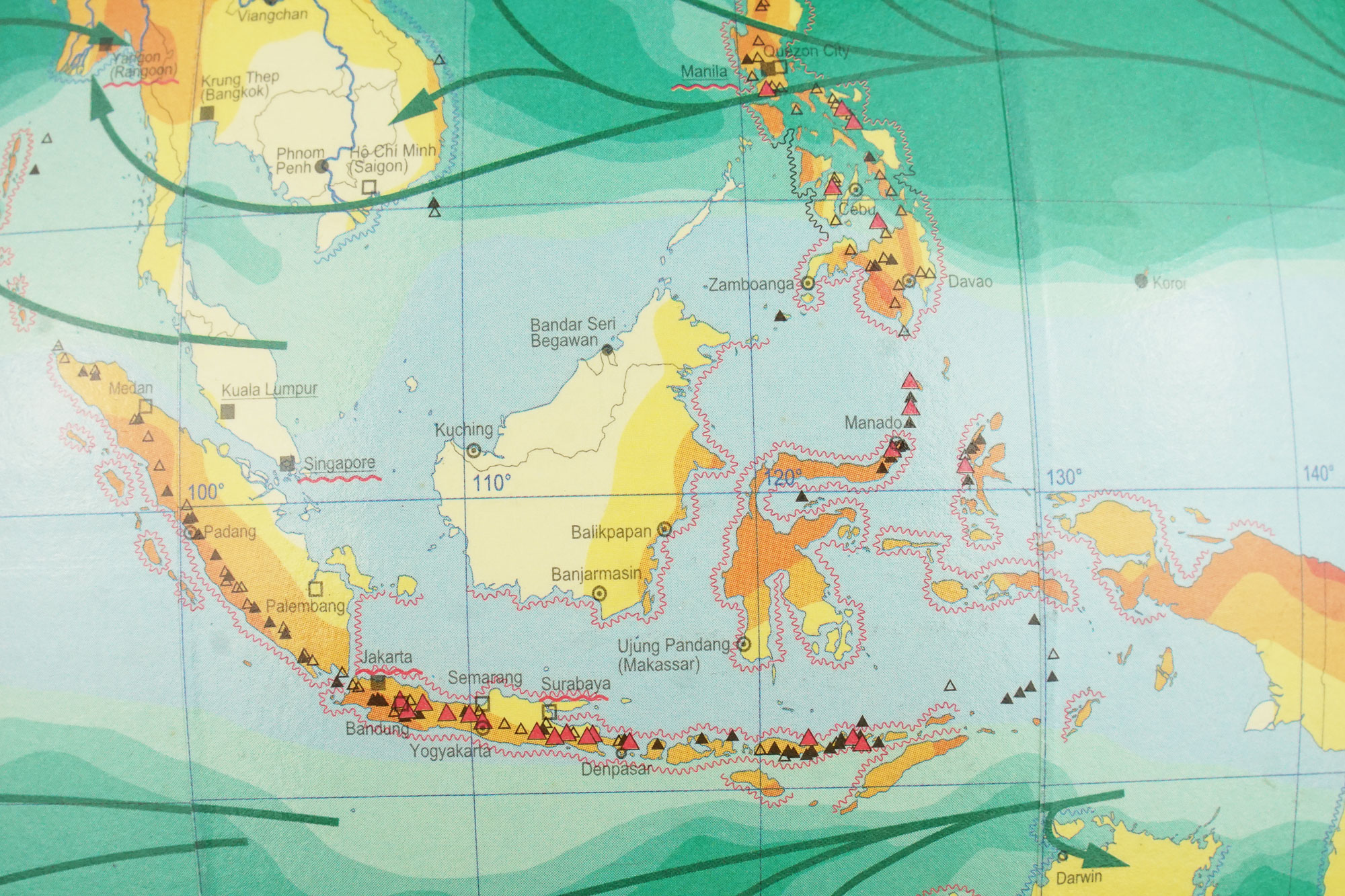 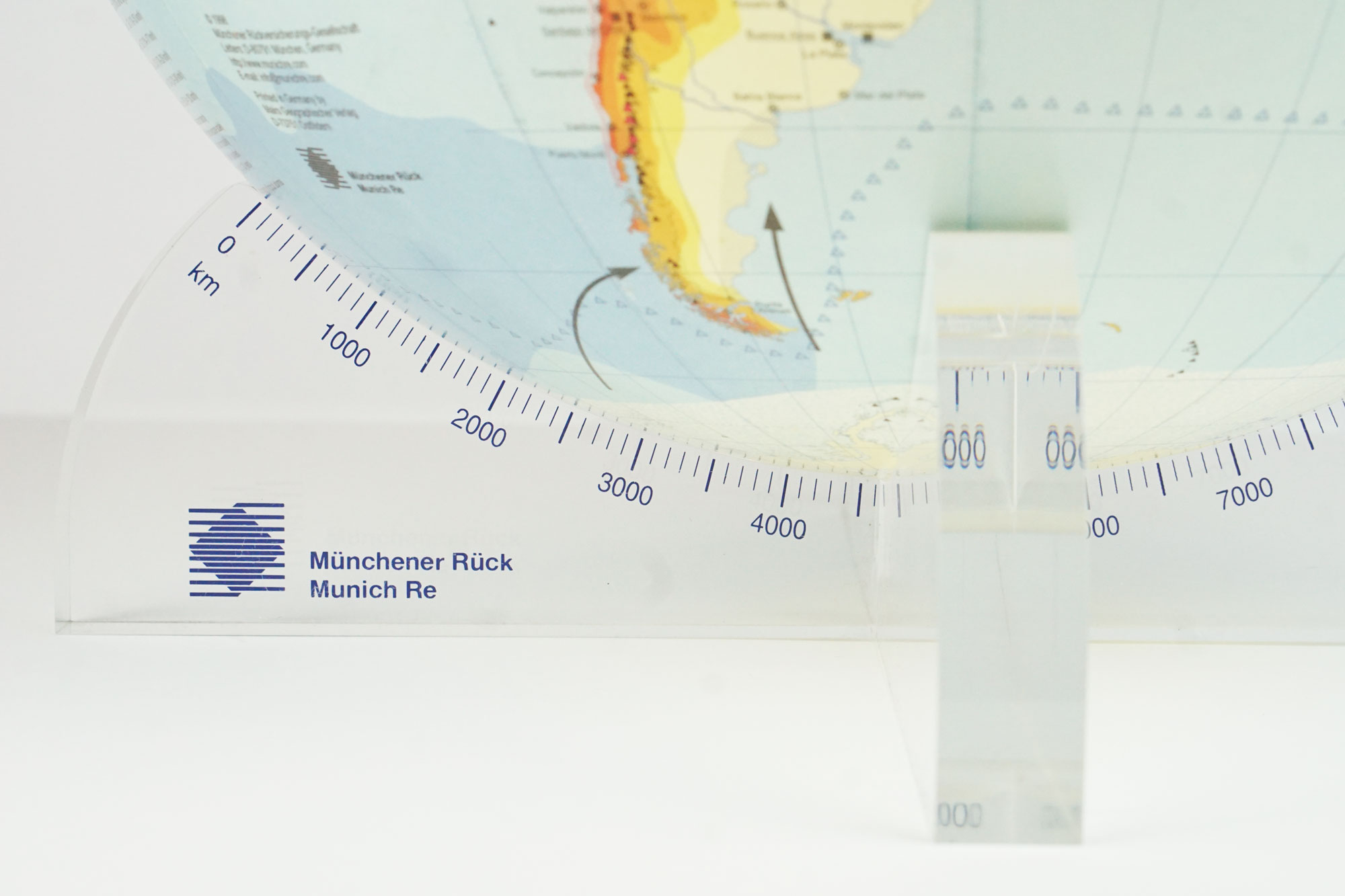 Second edition of very rare and highly unusual globe showing potential of natural disaster occurrence, made by German Insurance company Munich Re, pioneer in the analysis of global natural hazards and catastrophes.

Among the natural hazards related symbols occurring on the map are following:

The number of globes produced is unknown but will likely be "limited" as it was intended more for a company's promotional use rather than for general public. Two examples of the globe can be found at the Berlin State Library and the German Insurance Museum in Gotha. The map was printed in Germany by Mairs Geographischer Verlag, Ostfildern. The globe was later followed by a CD containing detailed digital maps of natural hazards.

The globe is sitting freely in a plastic stand which has a kilometres scale.