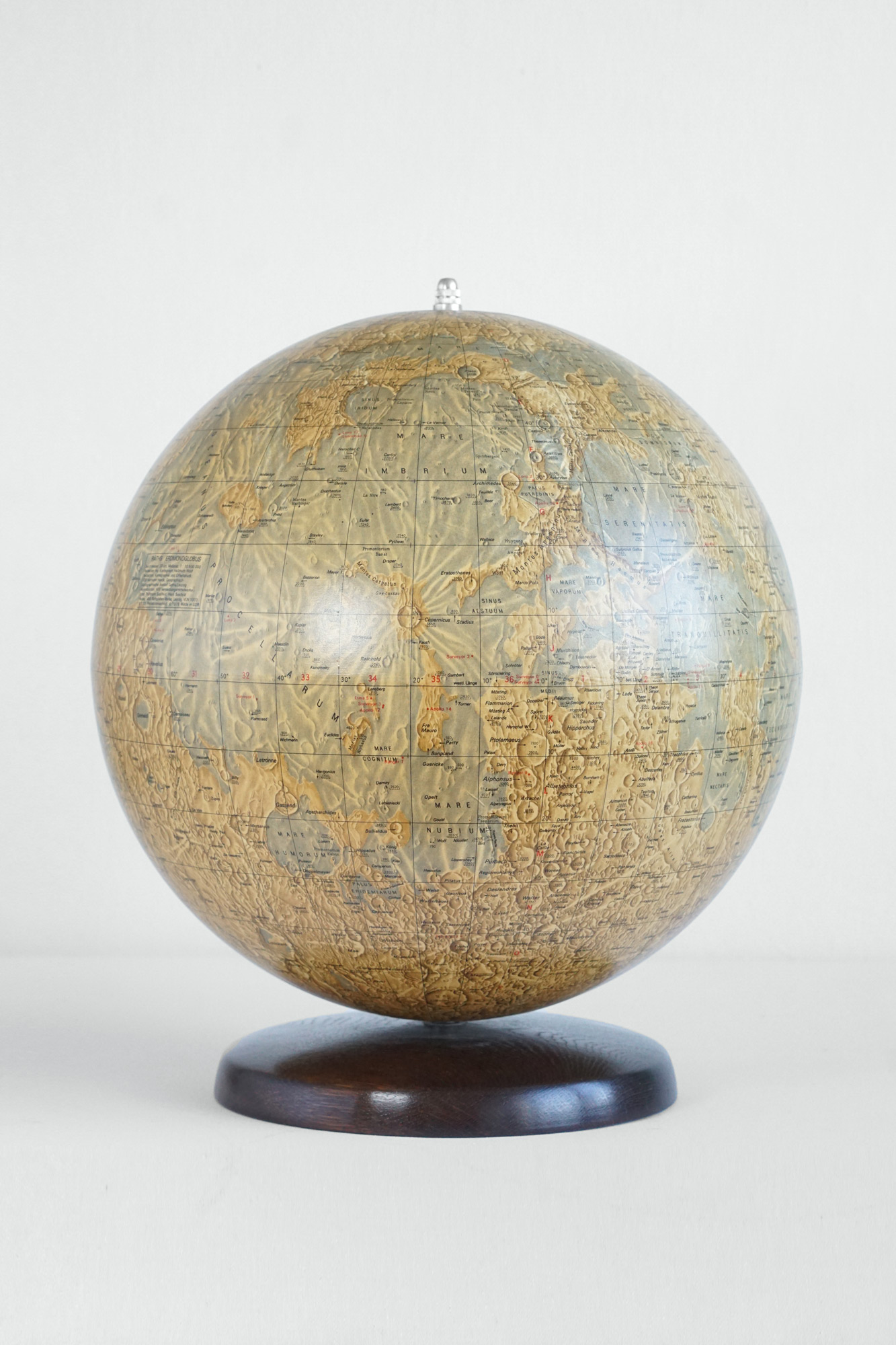 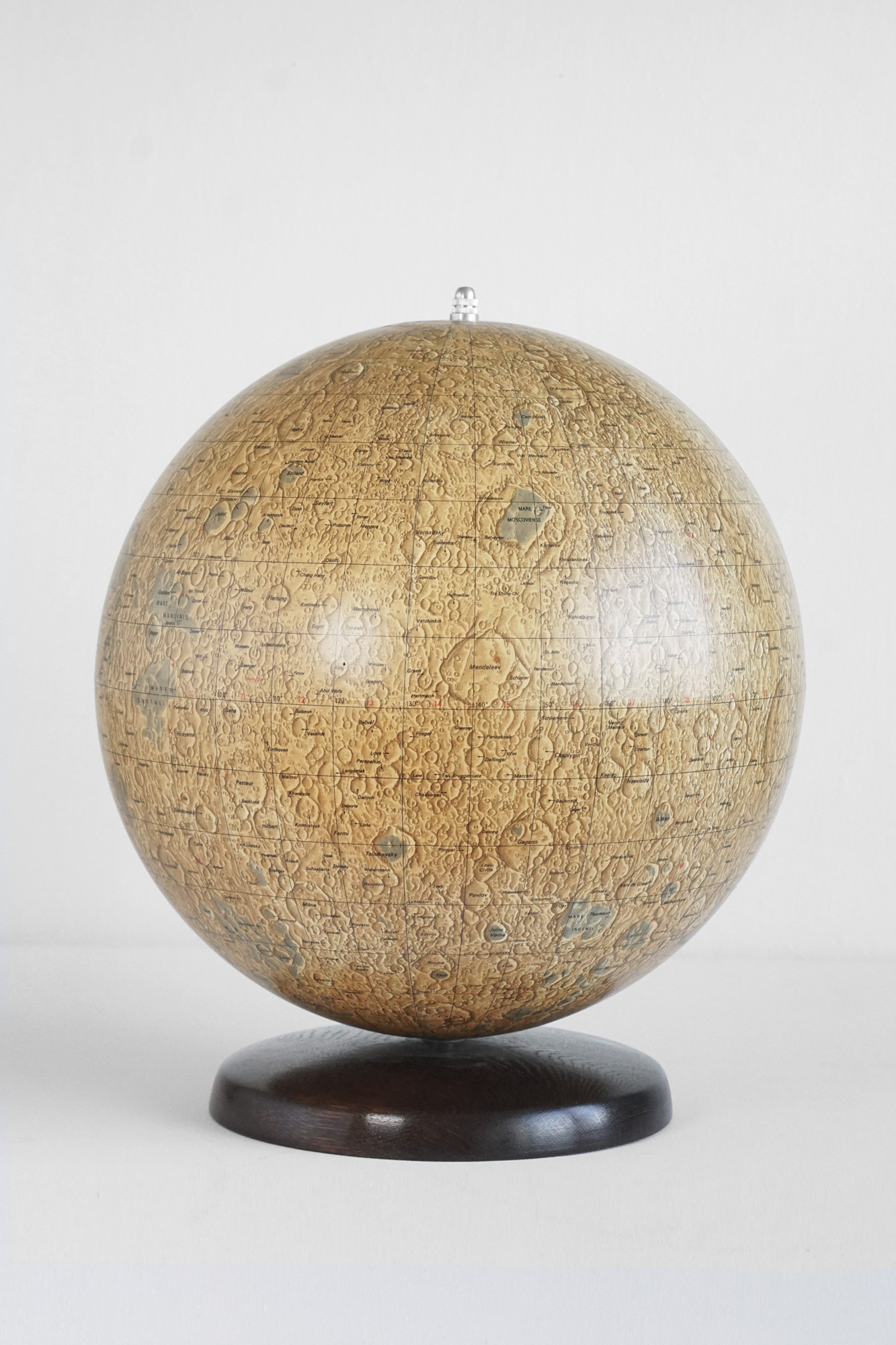 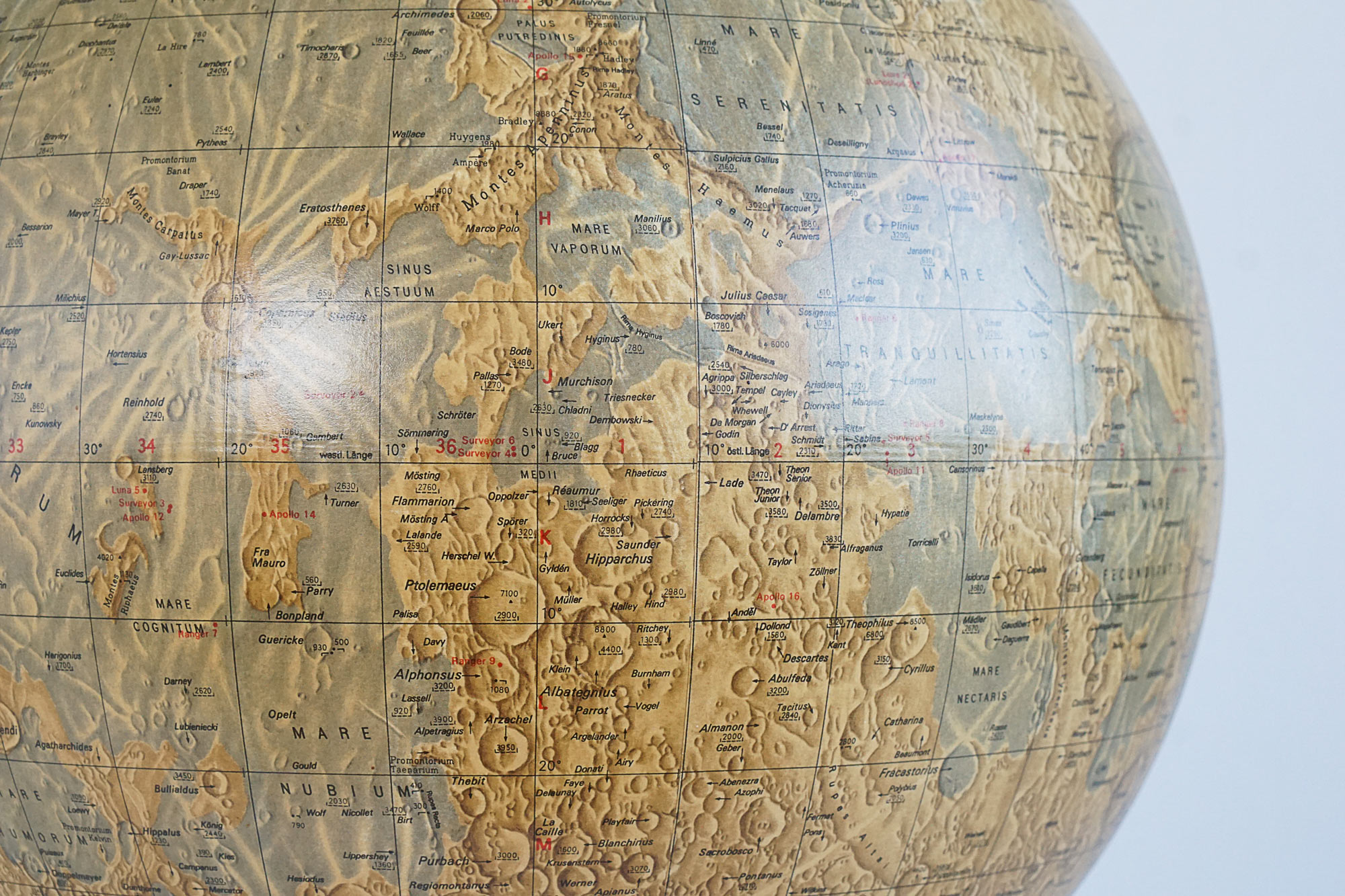 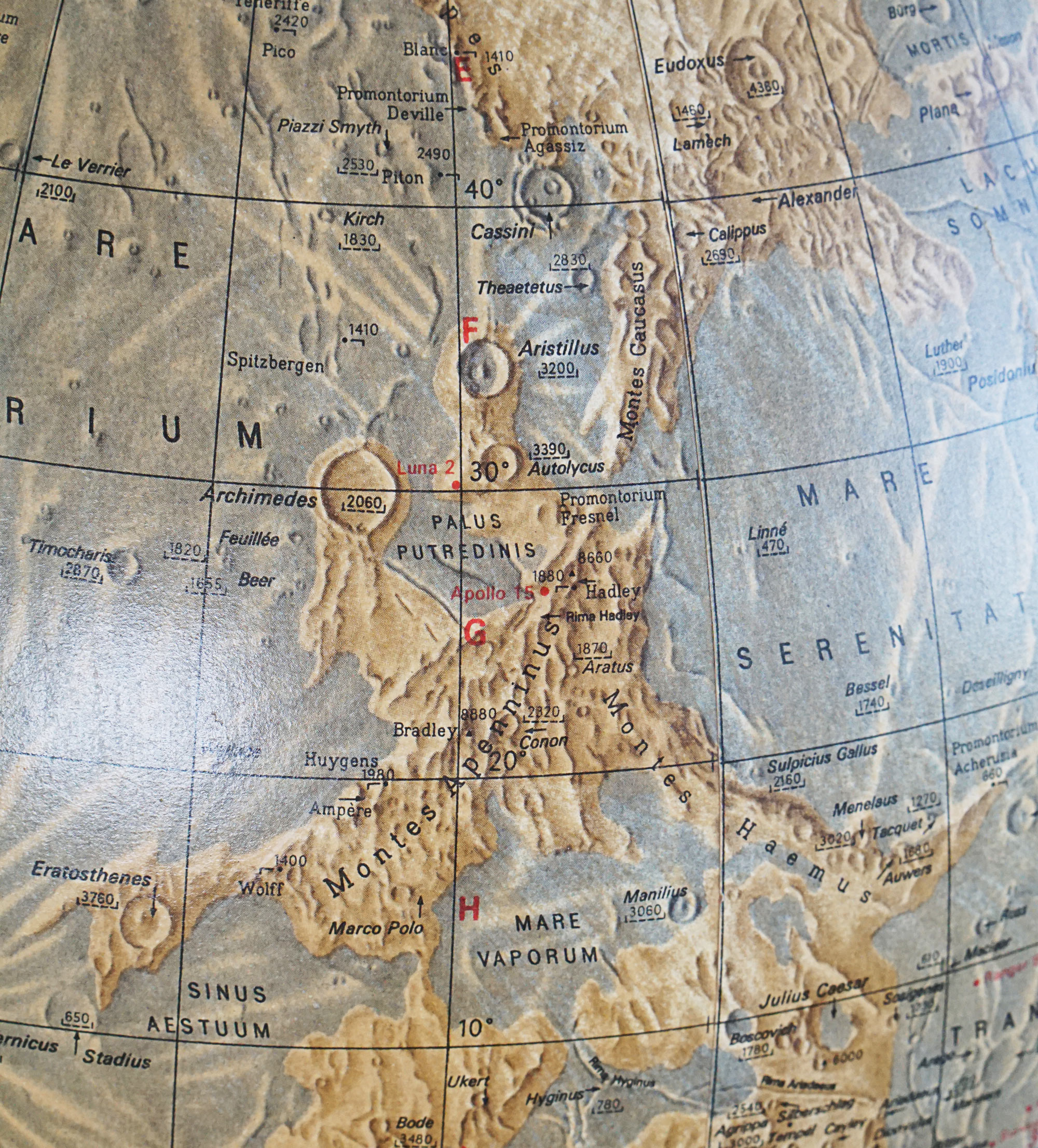 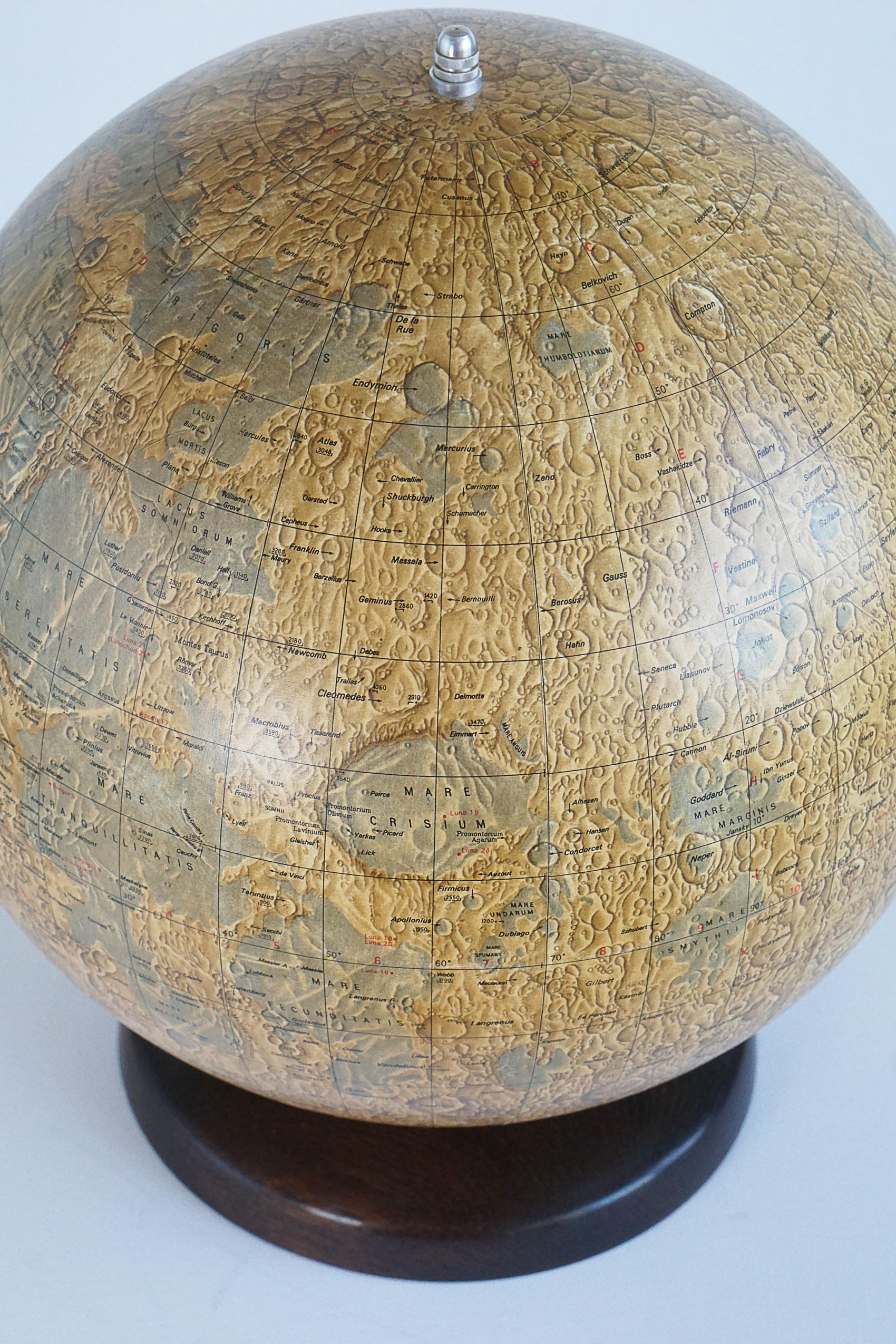 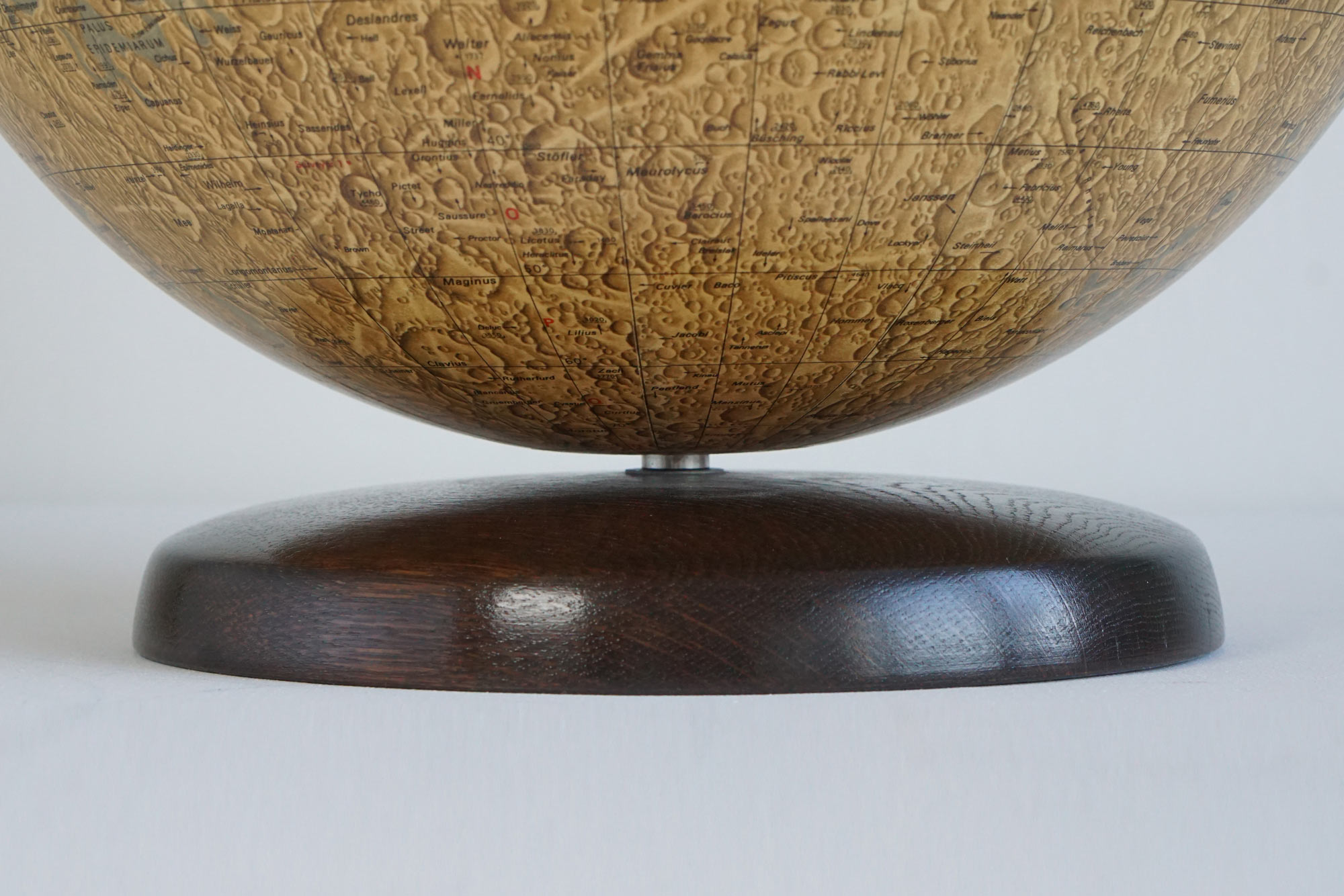 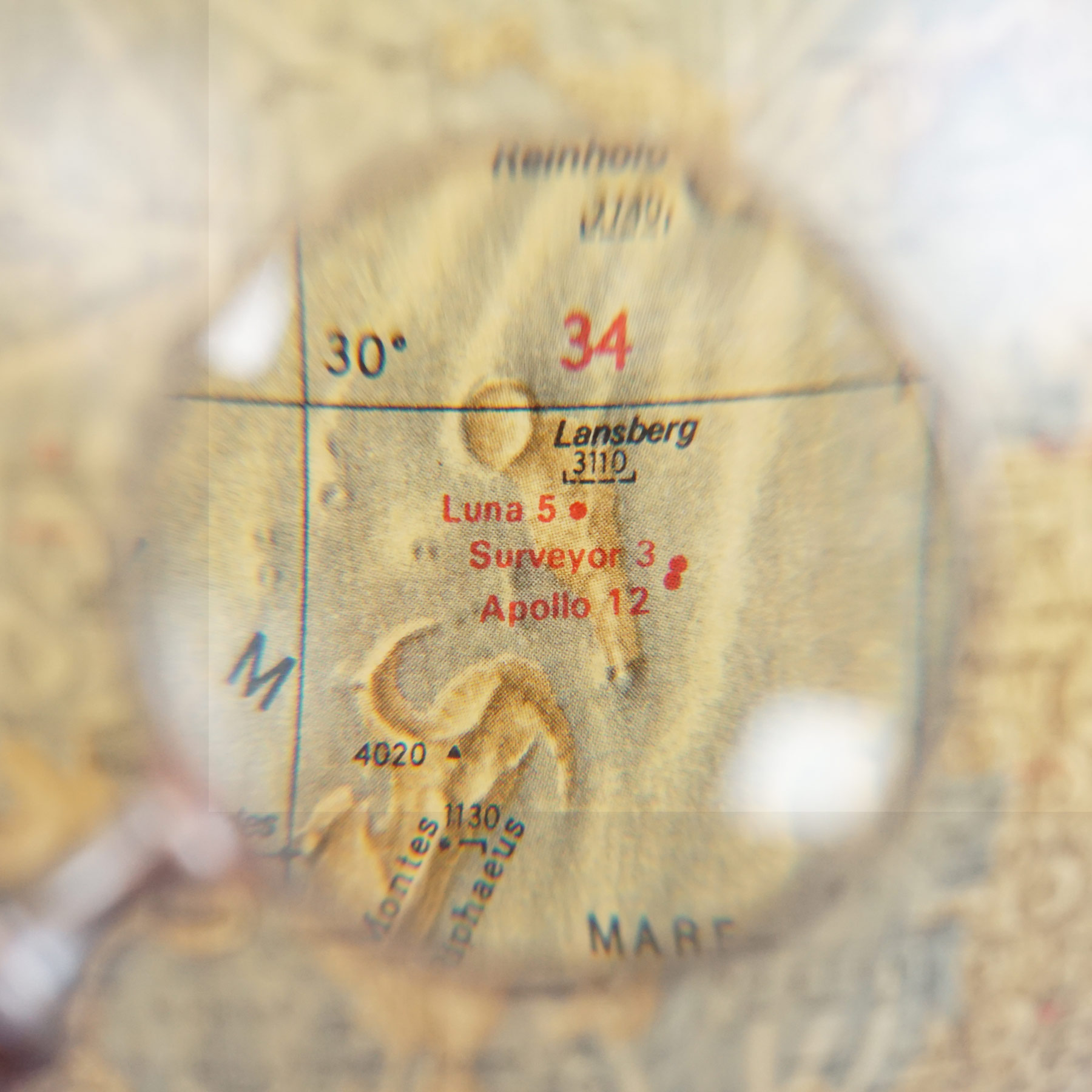 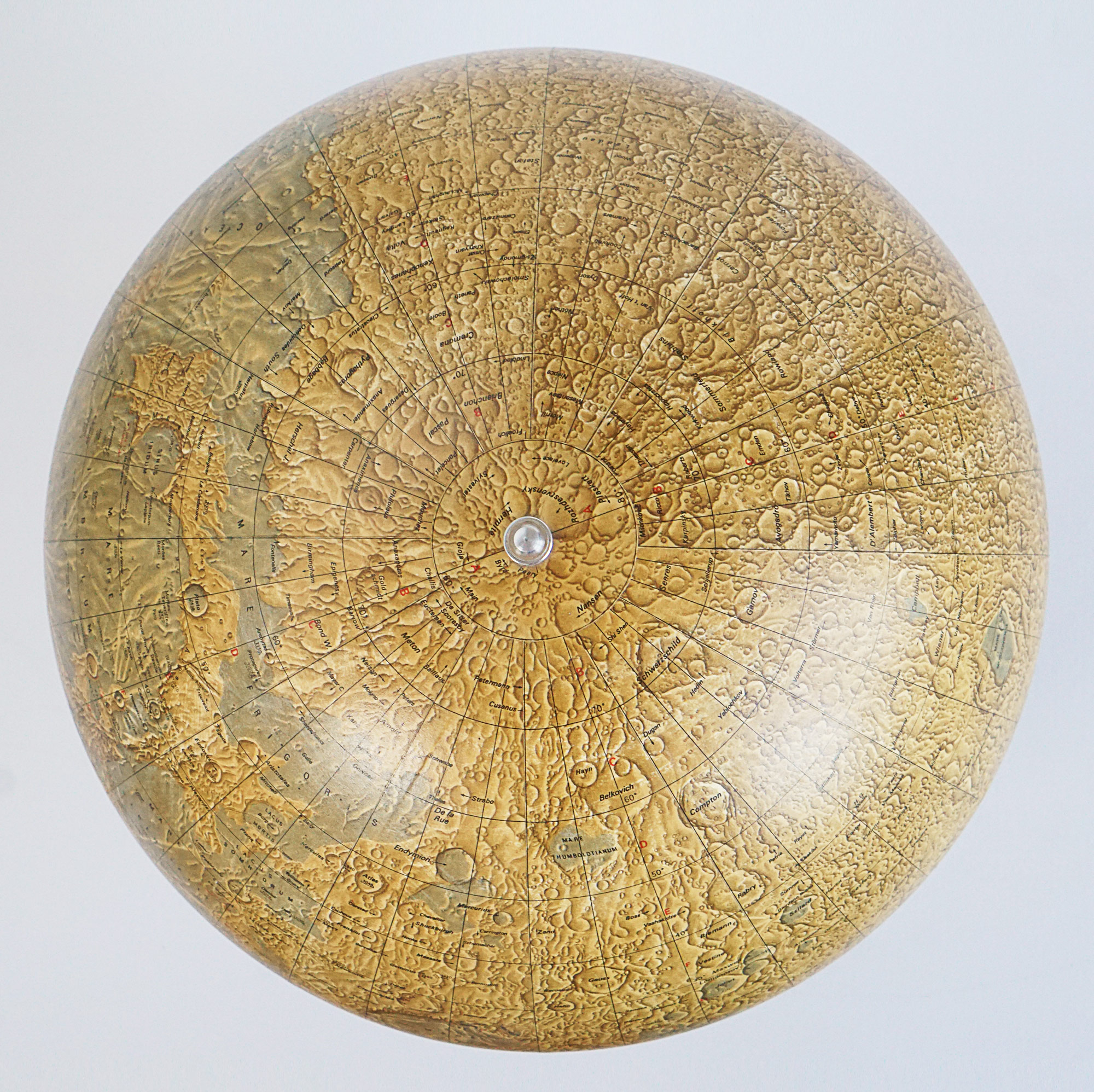 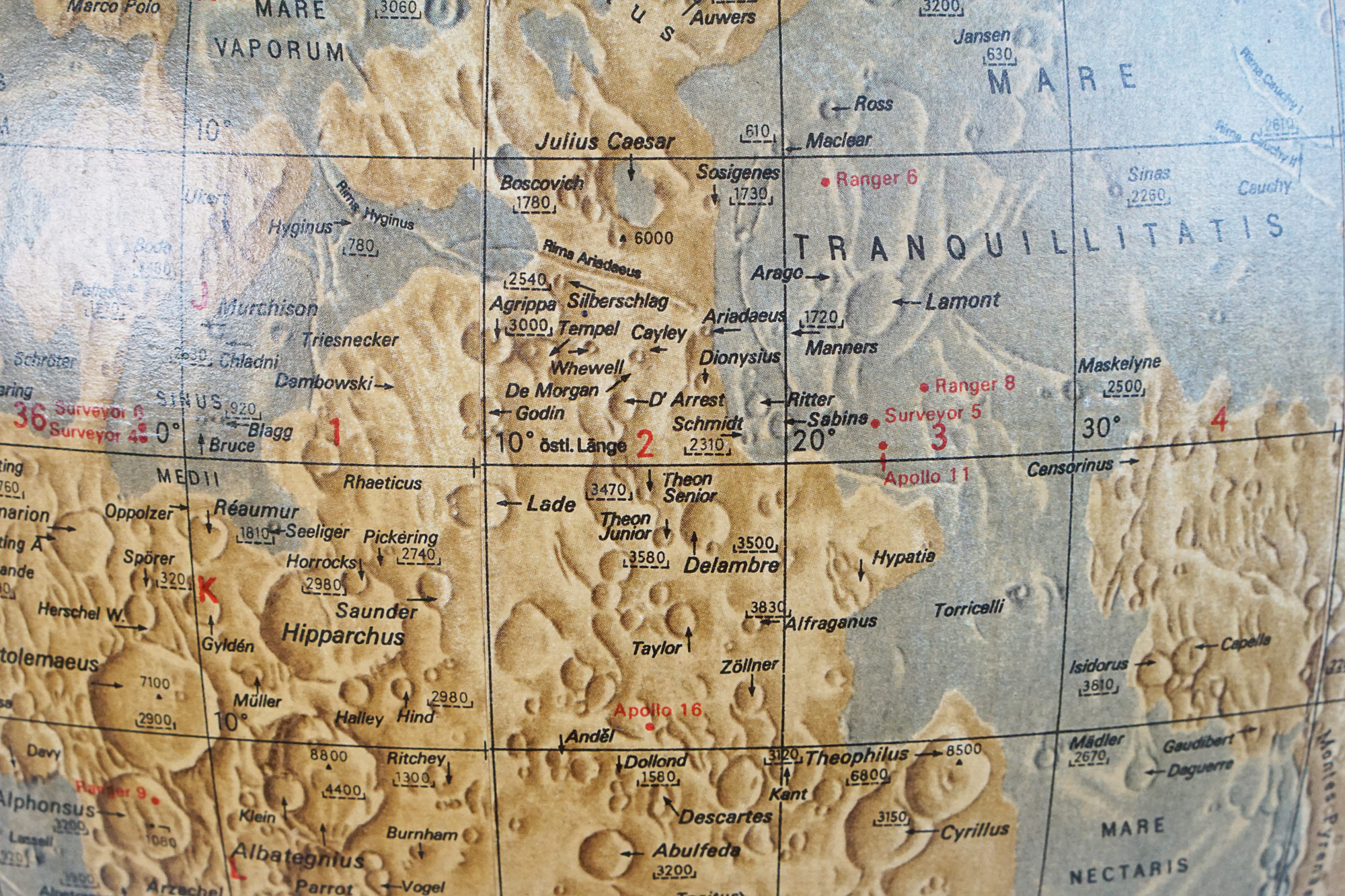 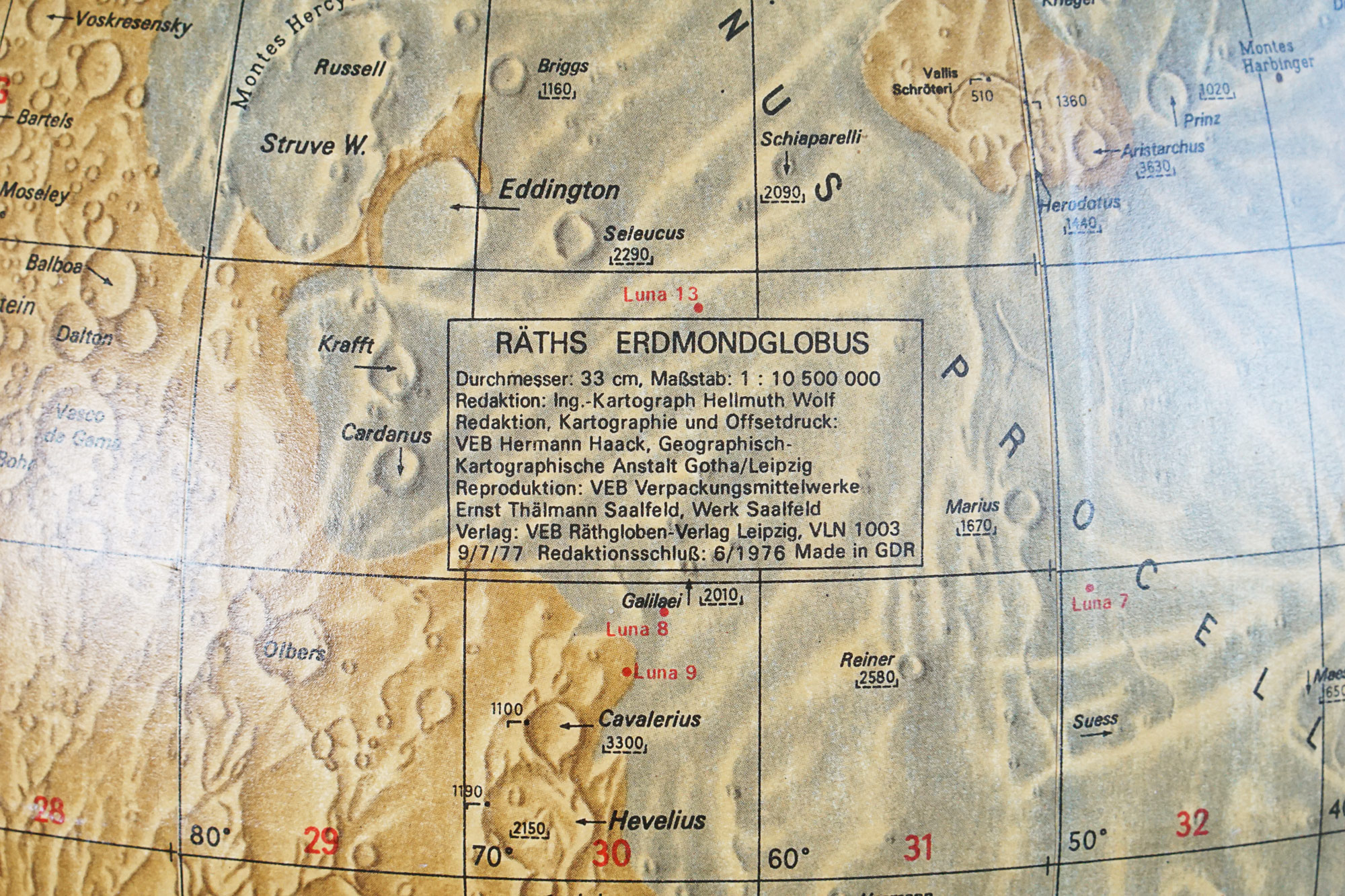 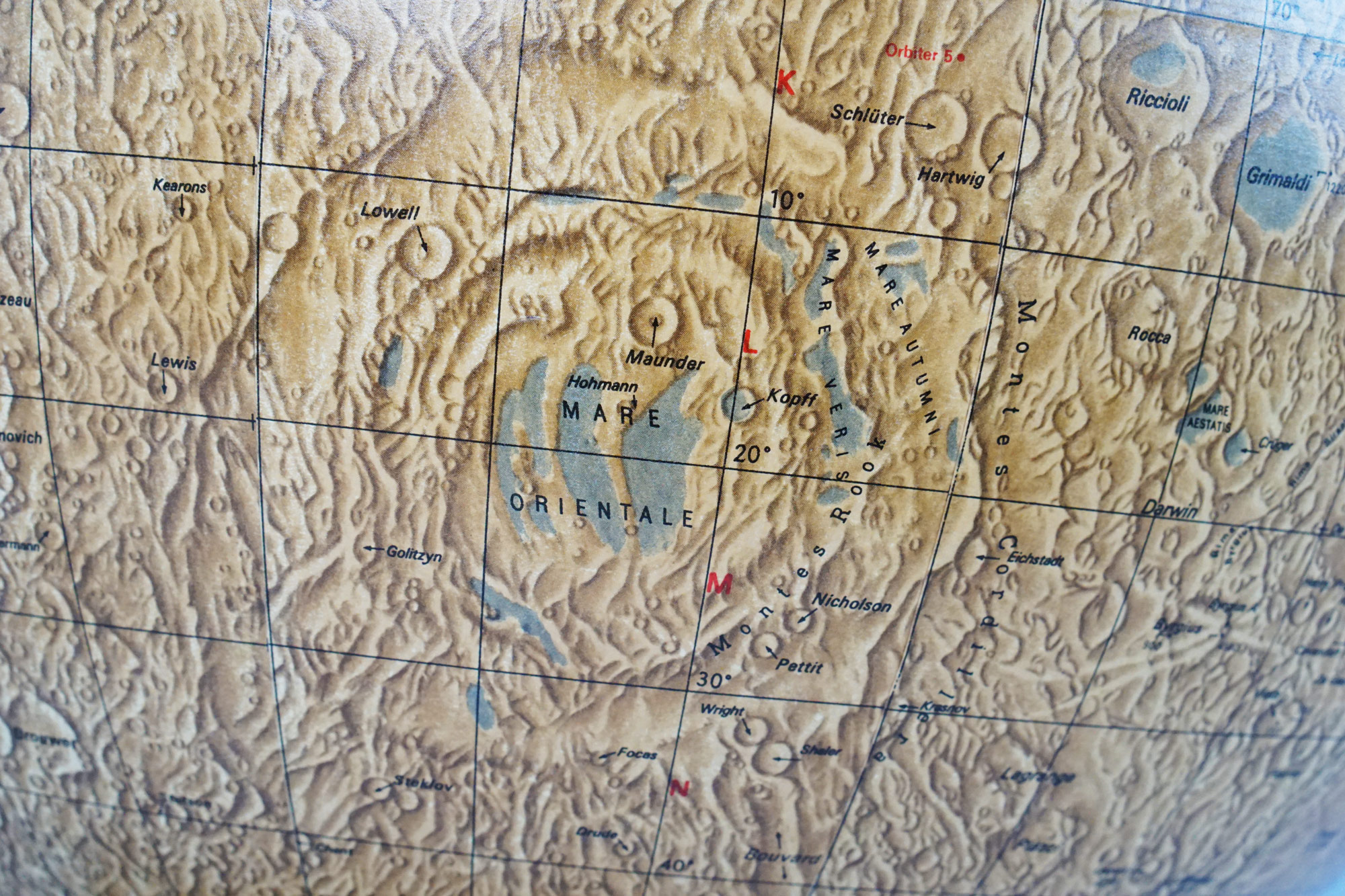 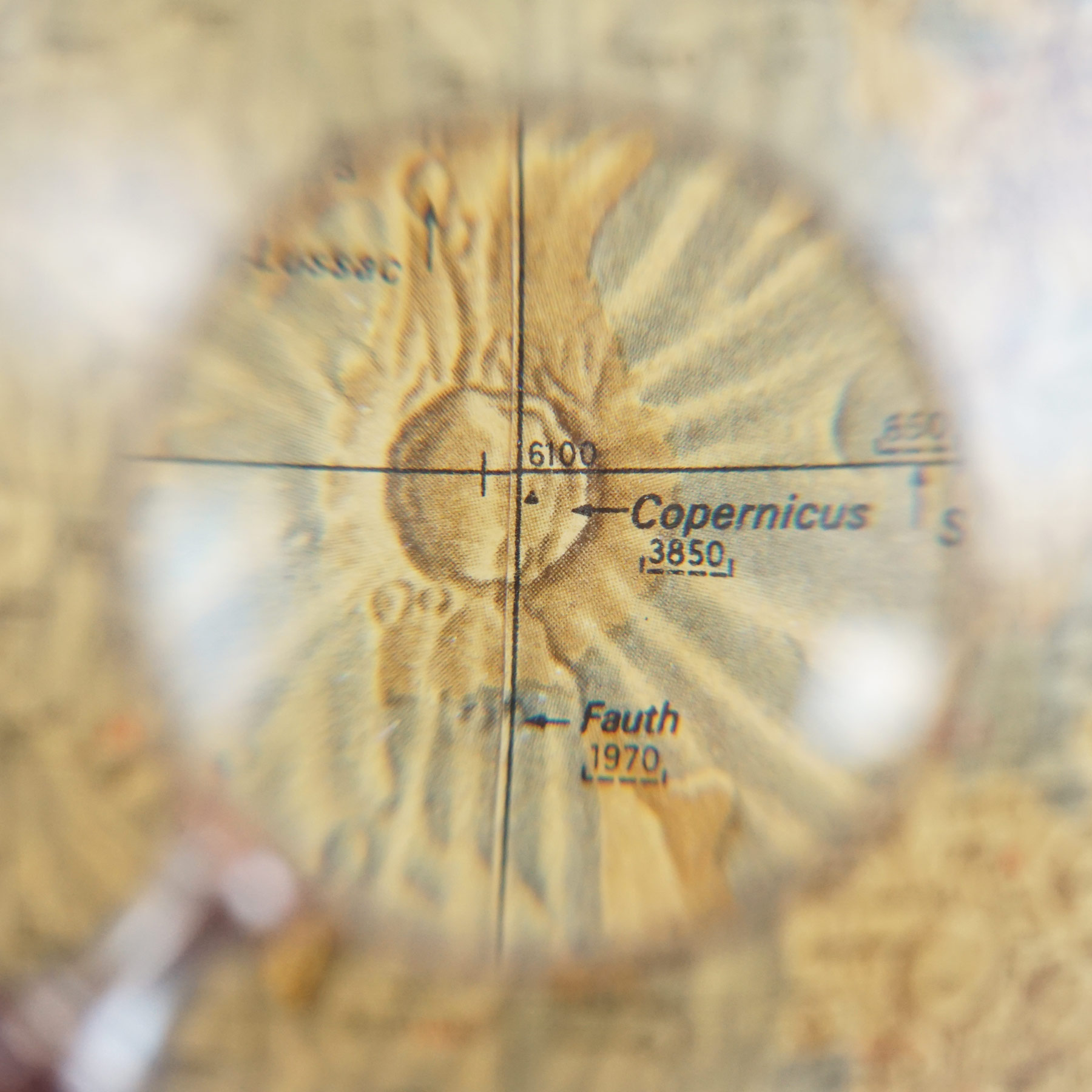 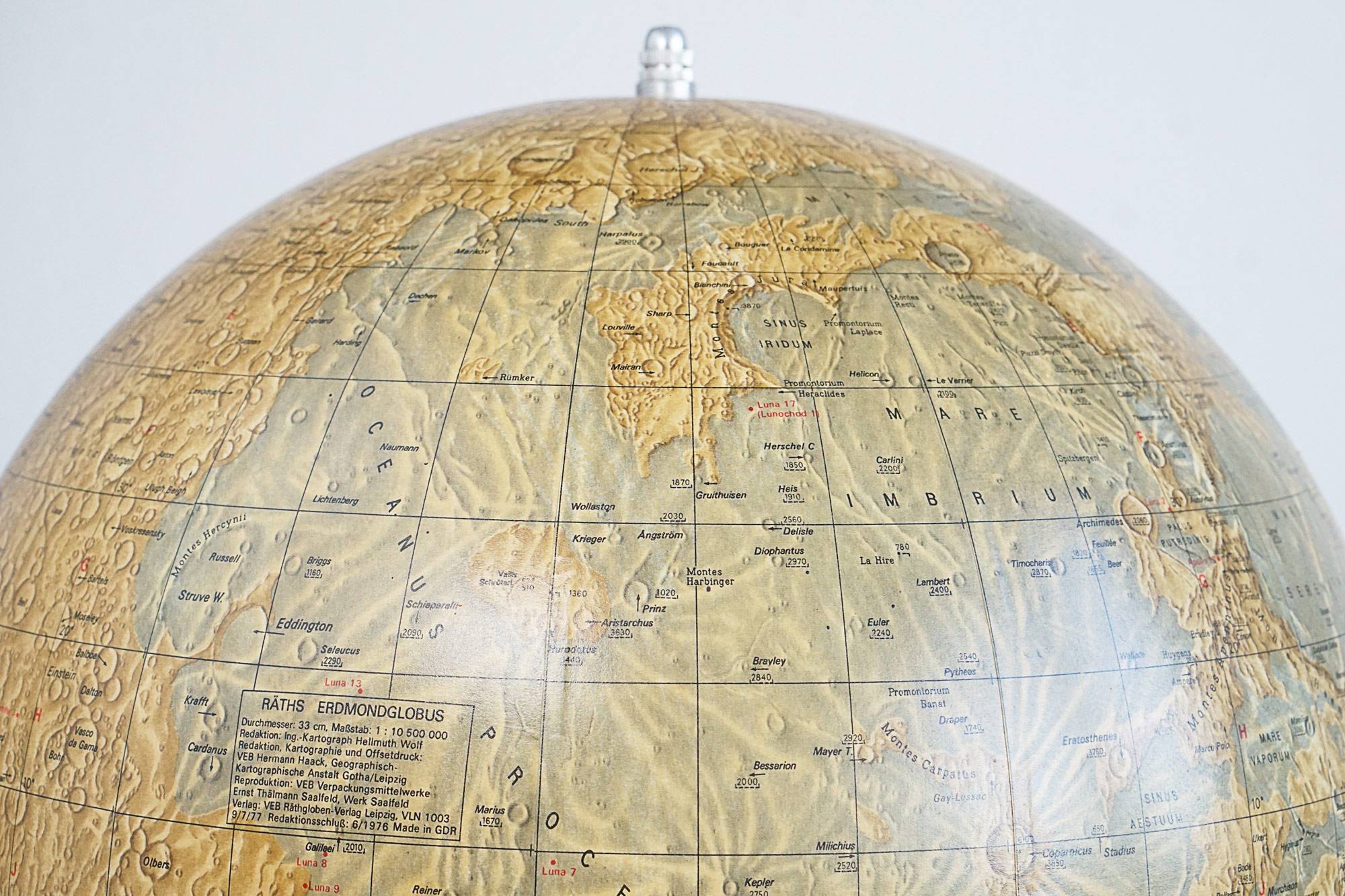 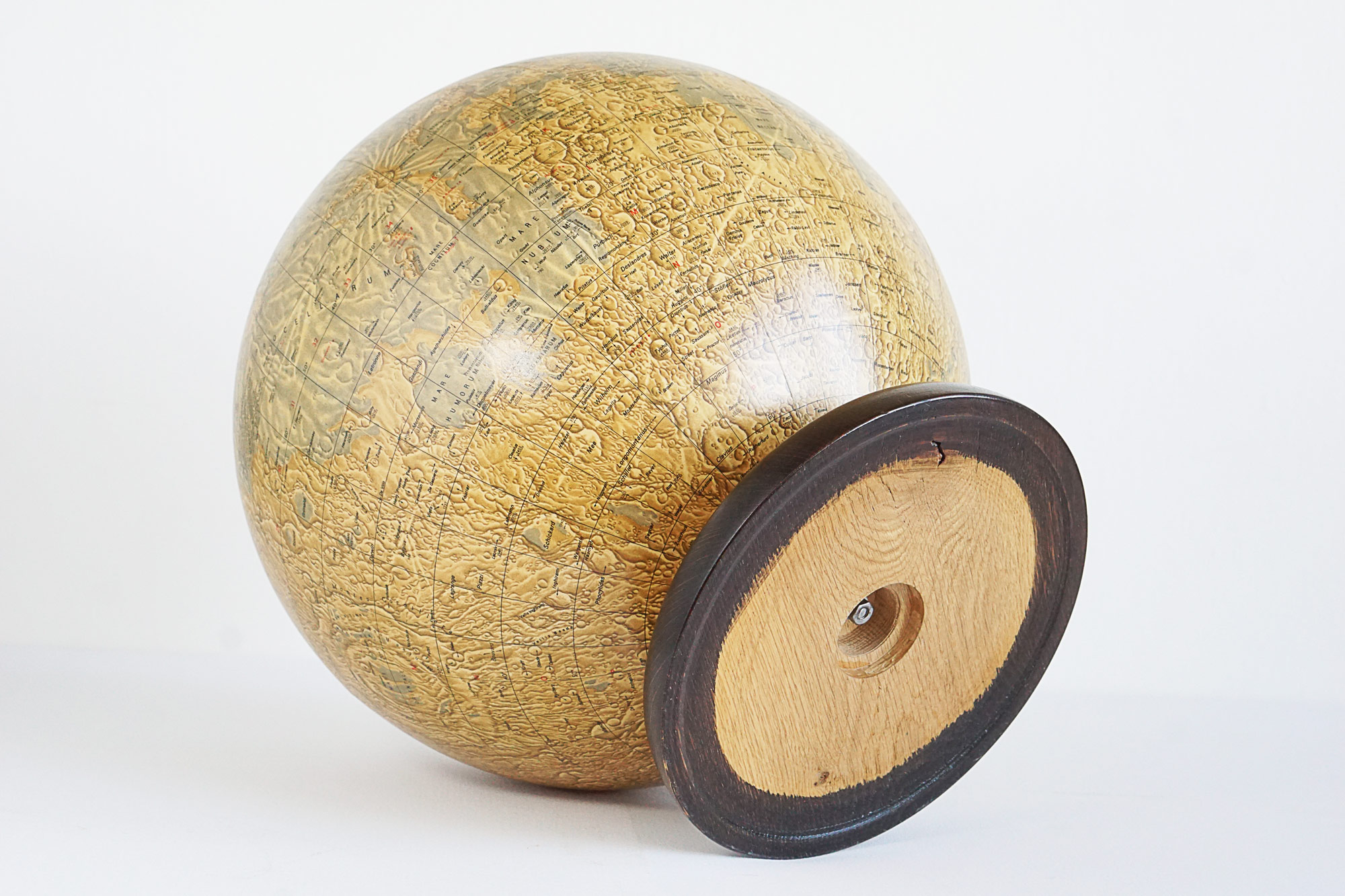 This exceptionally rare German lunar globe was made by famous German globe maker Paul Räth in Leipzig (East Germany) in 1977. The lifelike detailed terrain map of the Moon's surface presents unusually high number of landscape features from craters (with the most prominent ones accompanied by their depth in meters), mountain ranges and individual mountains (some are marked with height in meters), gorges or high plateaus. Moon oceans (lunar maria) are portrayed by a different blueish-gray colour in order to be easily distinguishable from the rest of the surface, making this globe unique from any other Lunar globe I know of.

Even the typography system used for the names is very sophisticated, using italics for crater names, straight serif font for mountain ranges or mountains and reversed italics for Lunar "mare" (oceans). Finally, red colour is used for marking of more than 15 sites where Russian and American lunar spacecrafts Luna, Orbiter or Apollo landed or crashed.

Prior to this globe in 1960's, Paul Räth produced another Lunar globe called Räths Mondglobus, which was the first globe portraying (portion of) Moon's far side, of which images were taken by Russian spacecraft Luna 2 in 1959.

Great condition, with only minor area with thinner layer of varnish (see image #4). Otherwise no damage whatsoever on the map nor on the wooden base.