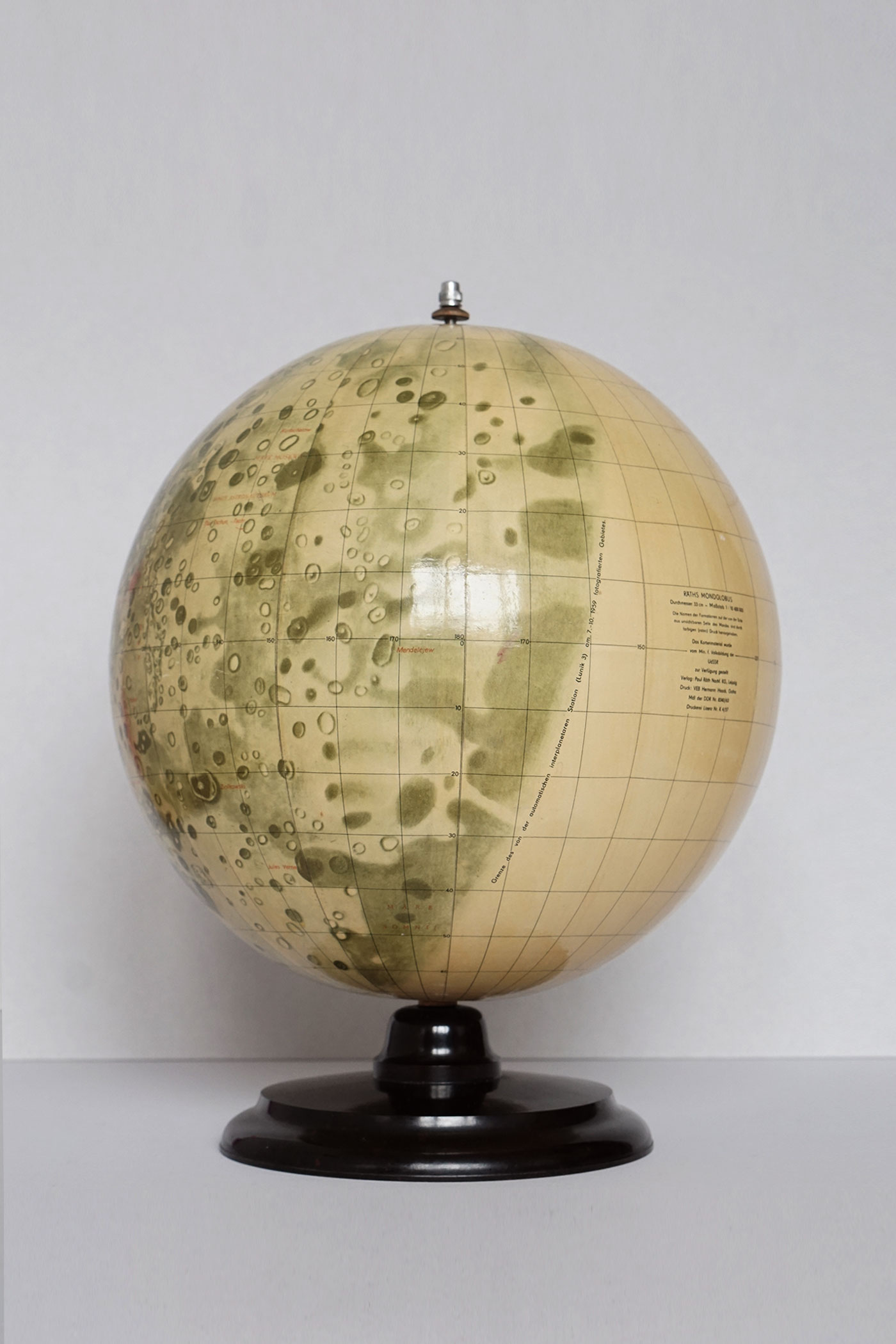 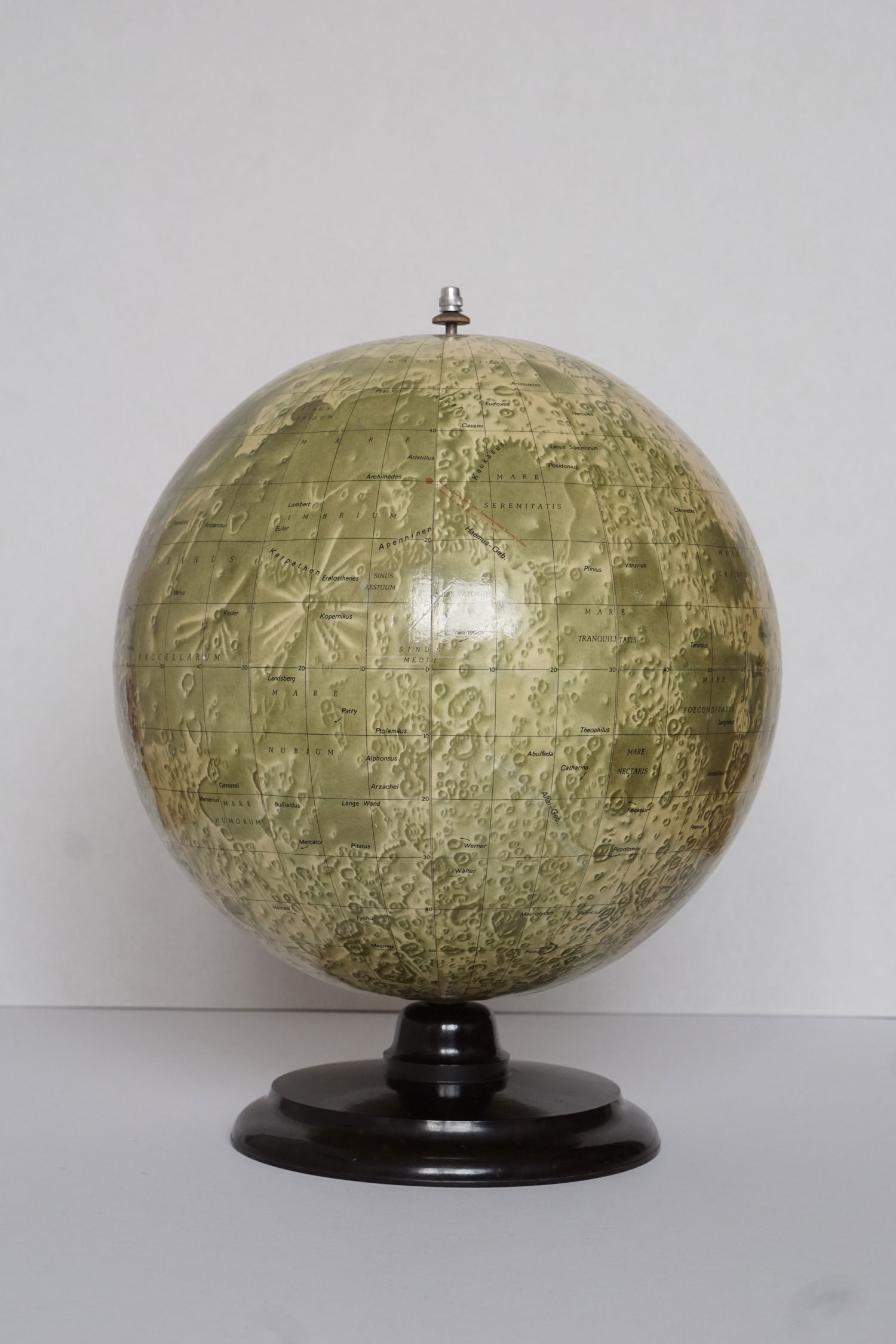 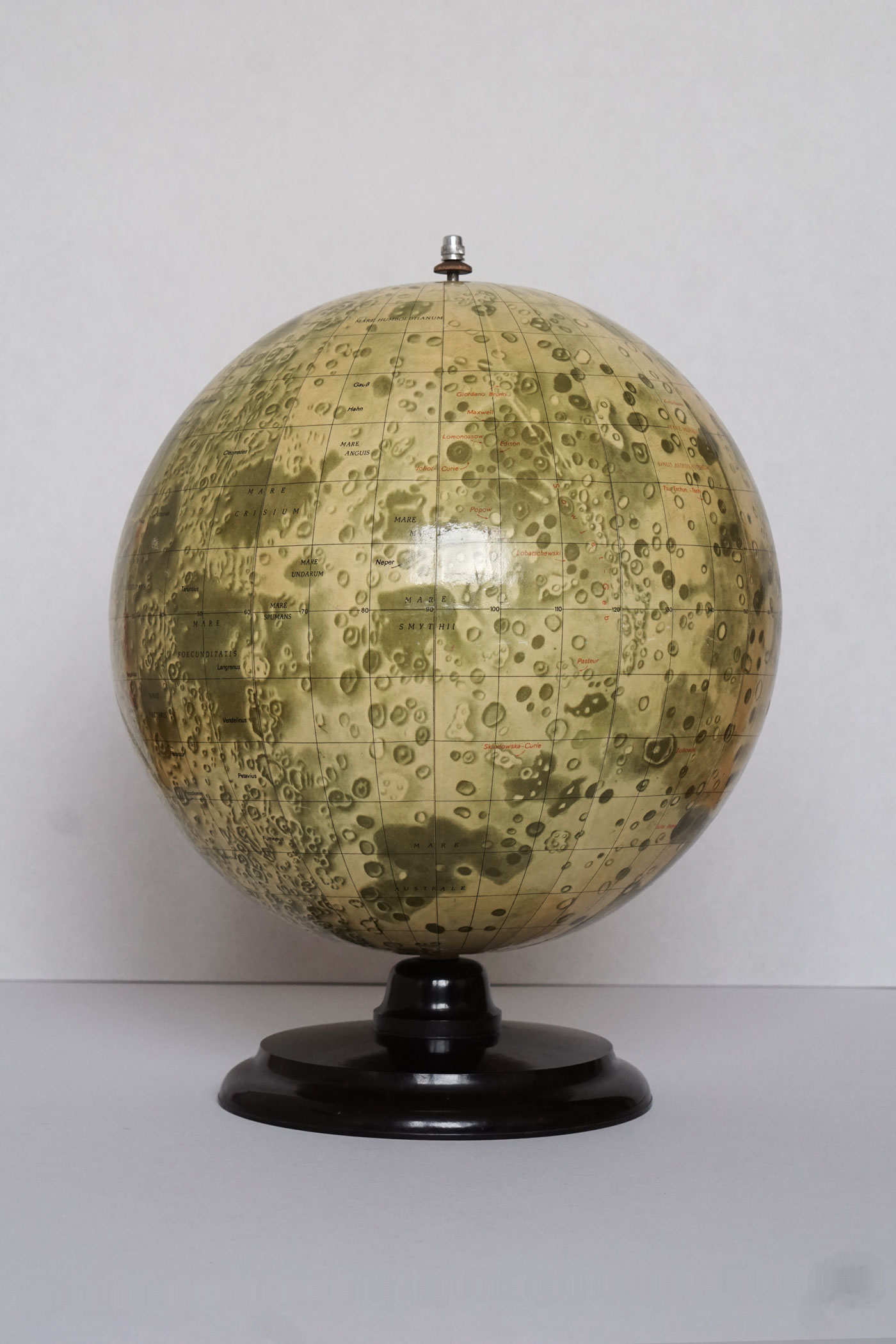 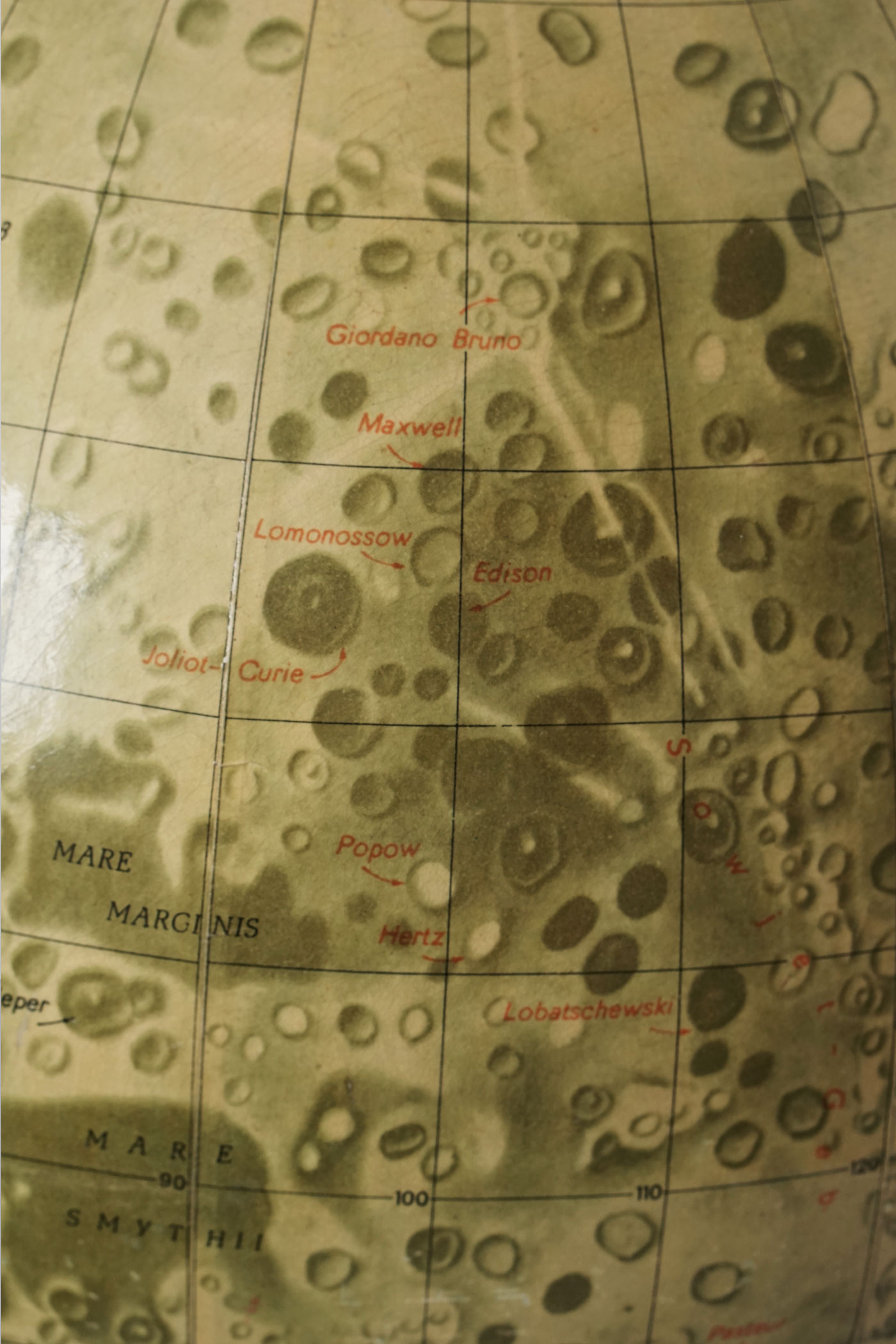 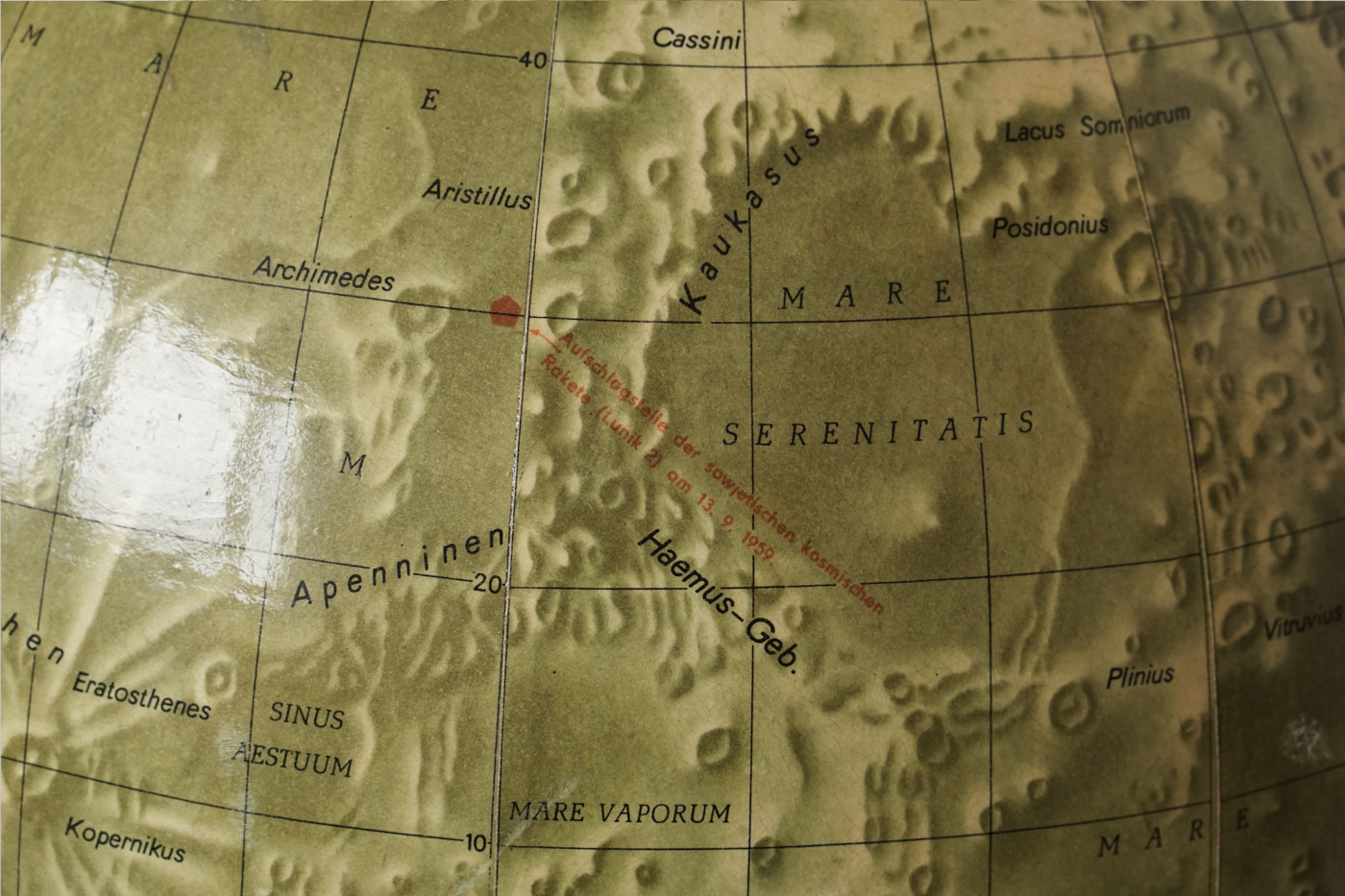 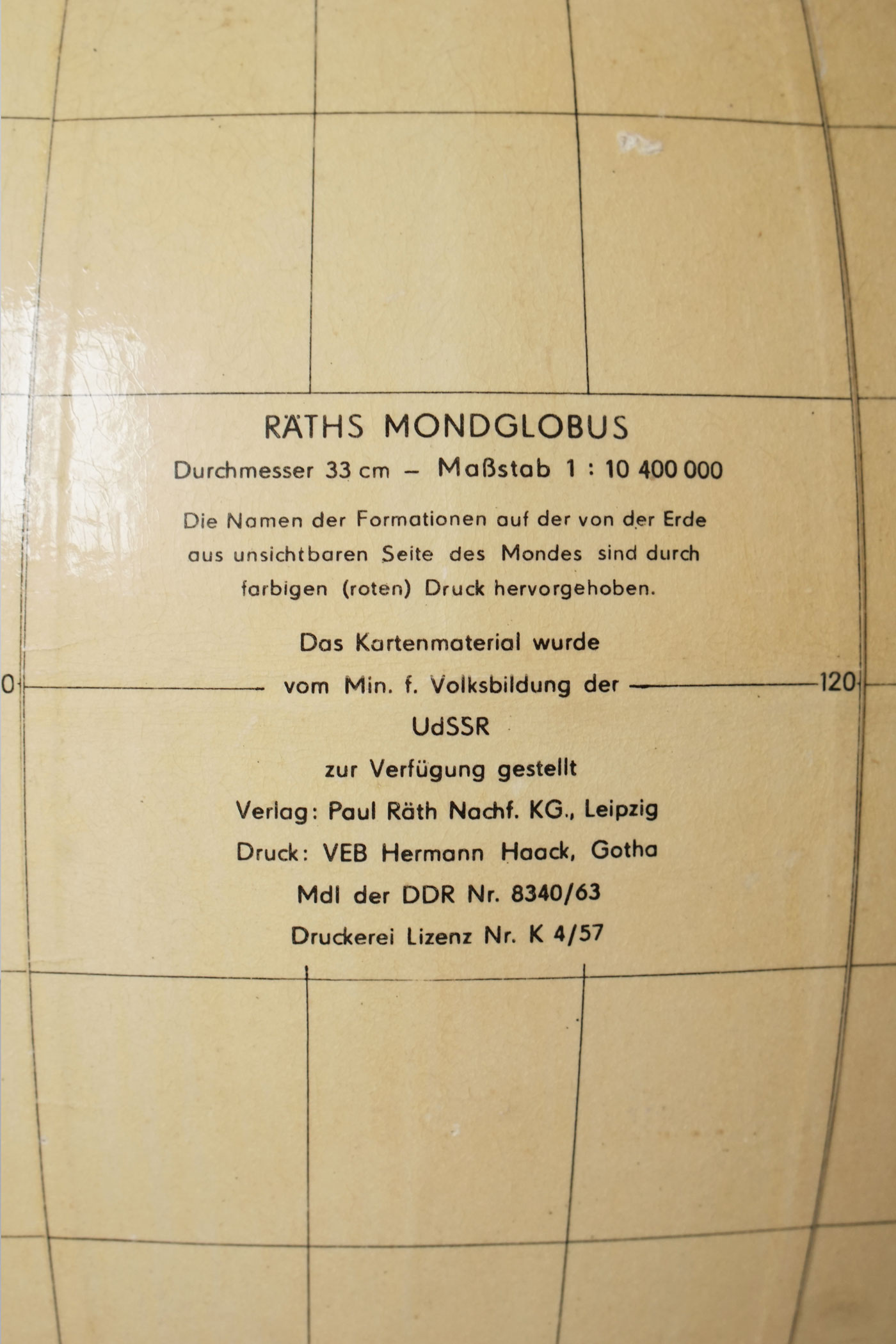 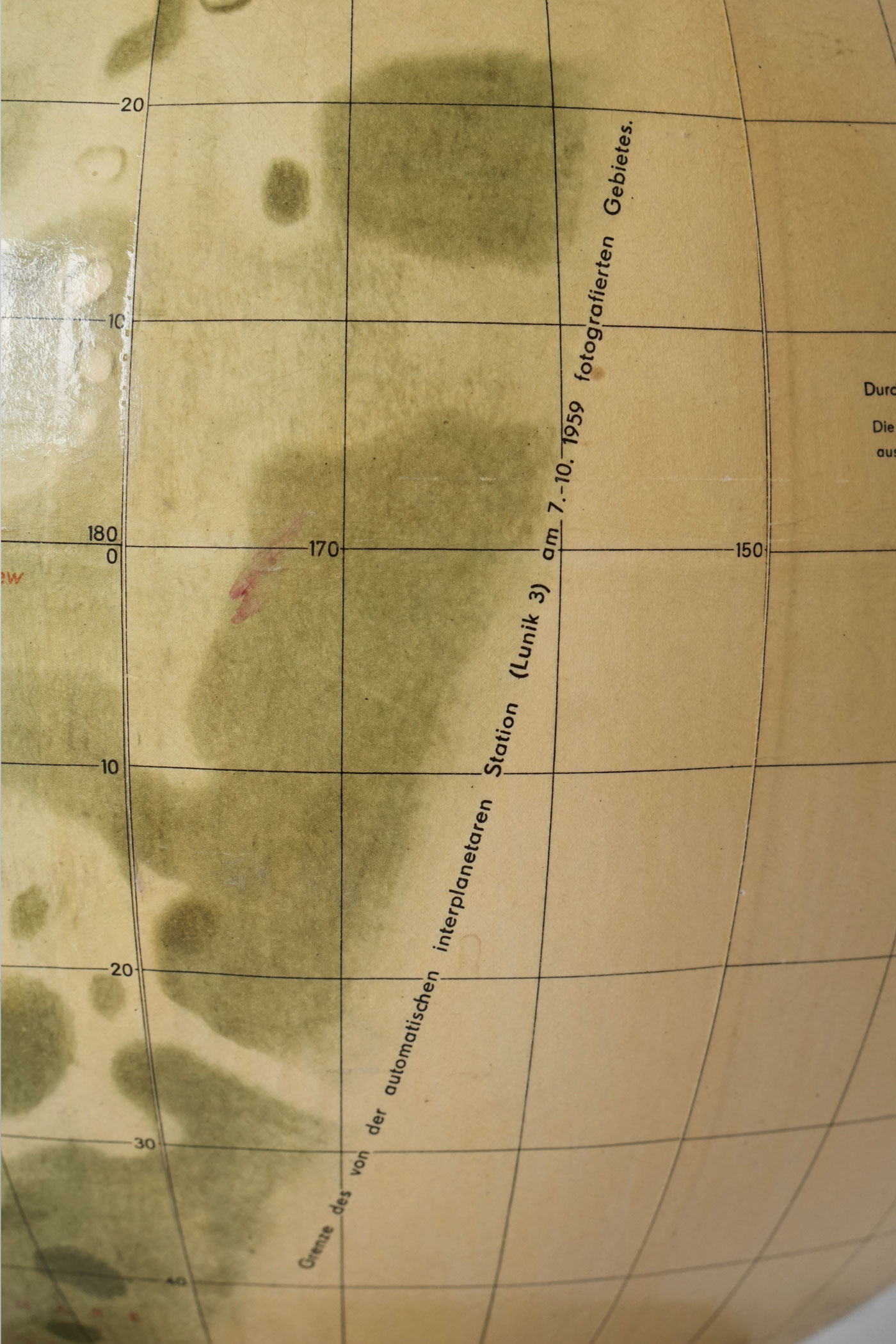 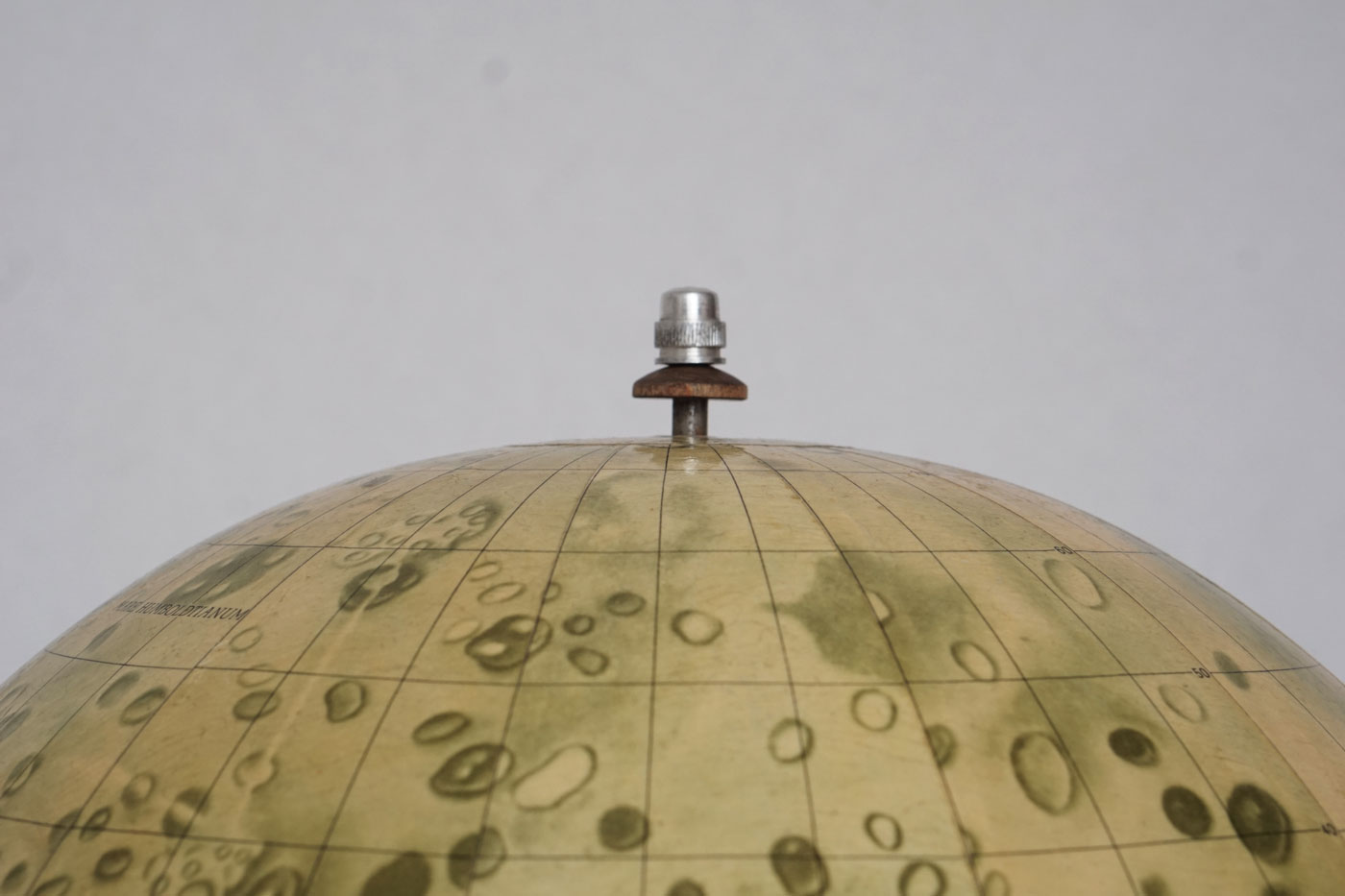 The first Moon globe displaying the Far side of the Moon

Rare and unique Space Age and artefact was produced to demonstrate Russian superiority over America in the space race. This eastern german version printed in Gotha shows the never before seen images of the Far side of the Moon, taken by Russian space rocket Lunik 3 (Luna 3) which orbited the Moon on 7th October 1959 and was able to capture and send several low resolution photos of the other side of the Moon. Part of the globe is left blank because Luna 3 (Lunik 3) was only able to capture around 70 % of the Far side of the Moon. Marked in red the globe shows newly discovered Moon lakes and craters, often named after Russian scientists. The point of impact of the Luna 2 rocket (which happened 13th September 1959) is also marked on the globe.

Very clean. No scratches. Rotating well. Virtually no signs of use.