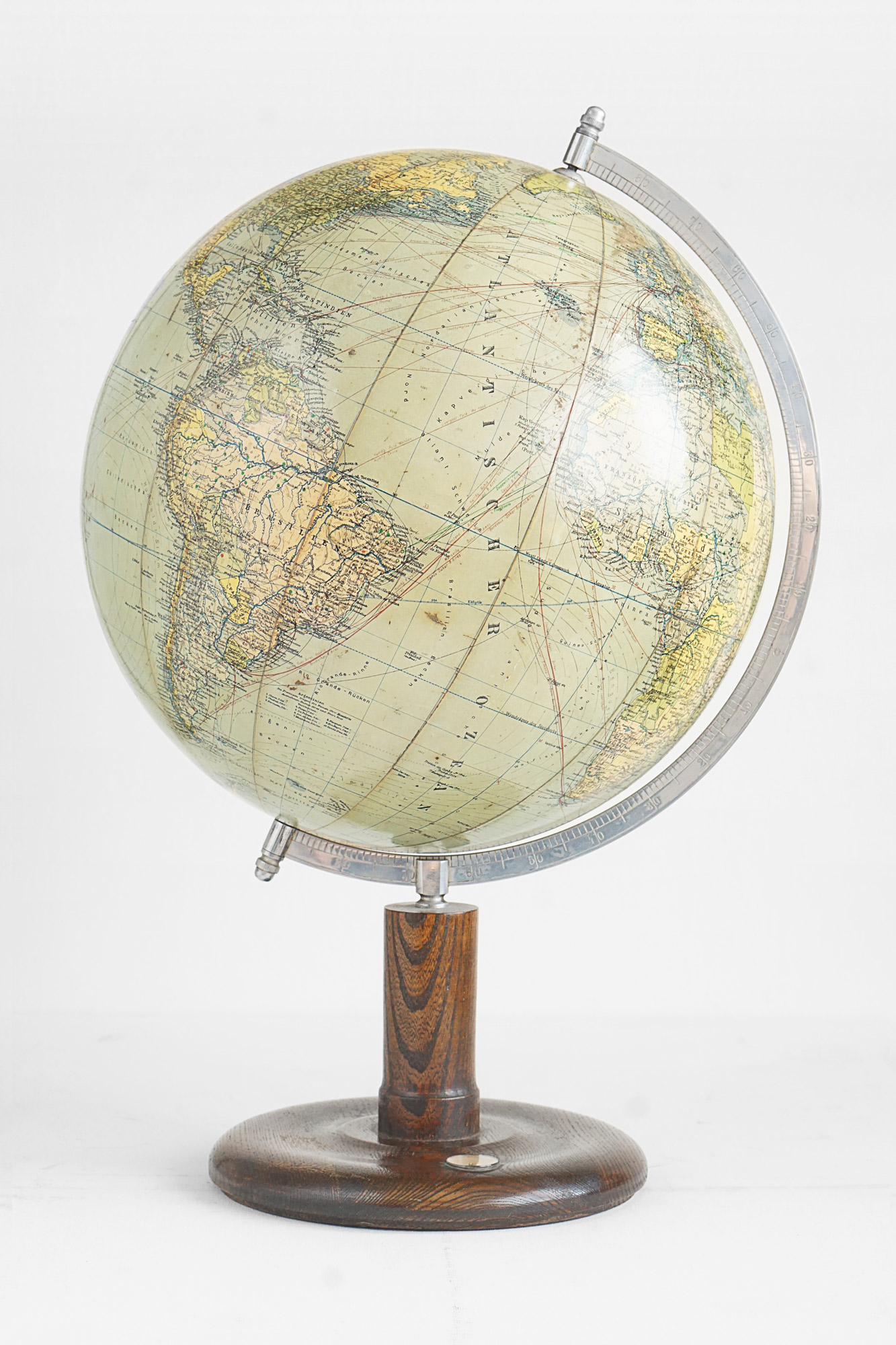 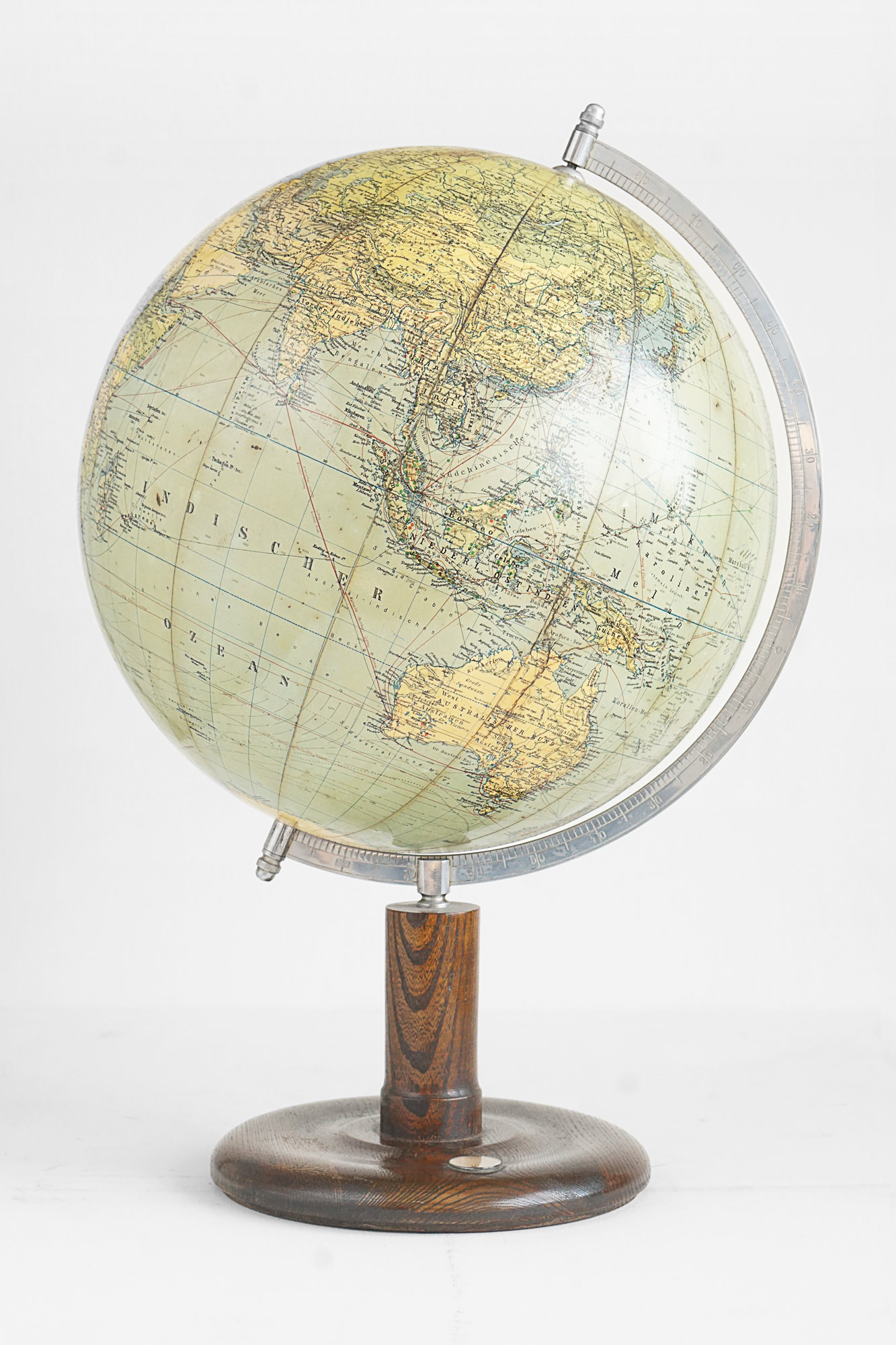 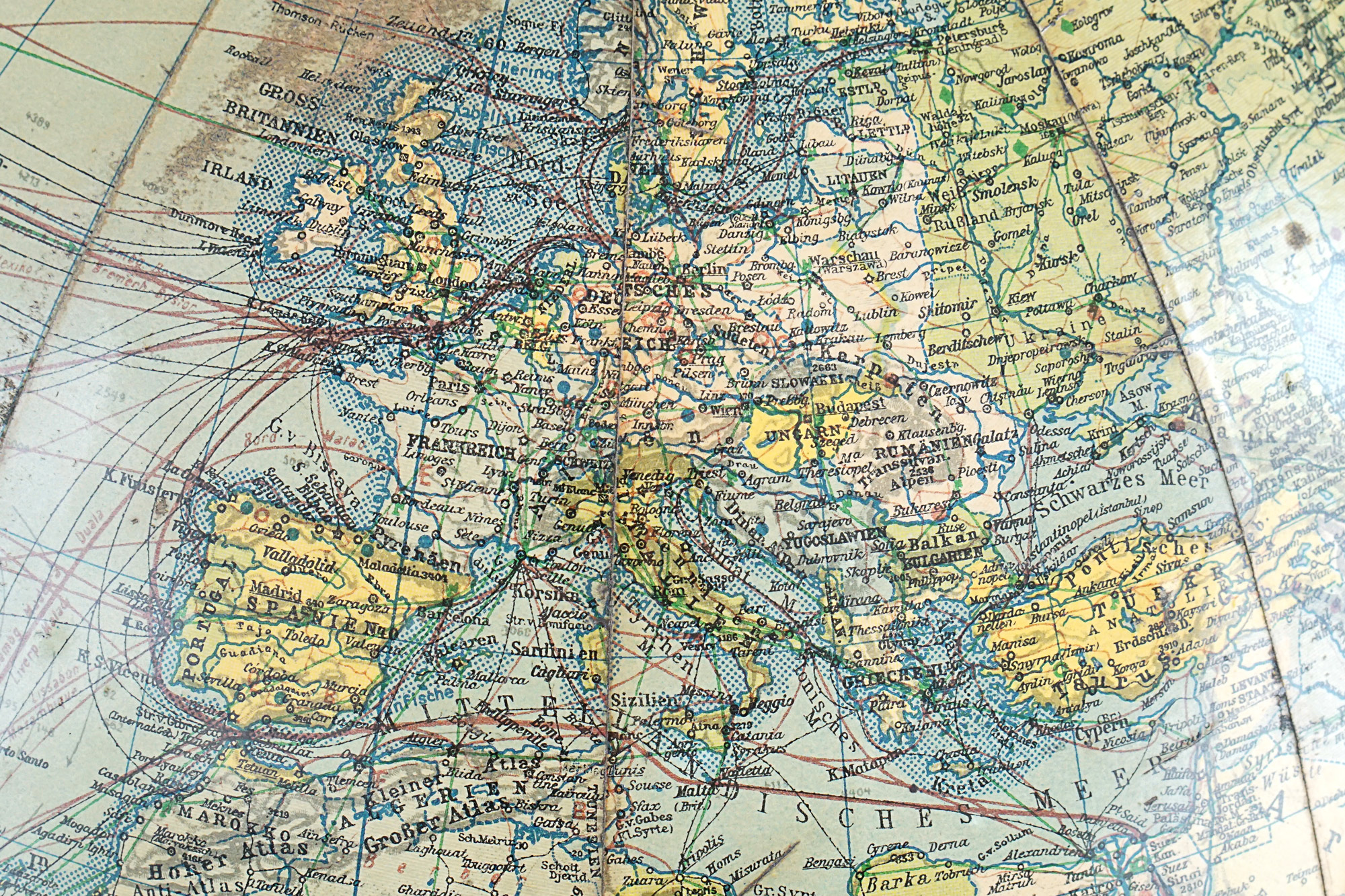 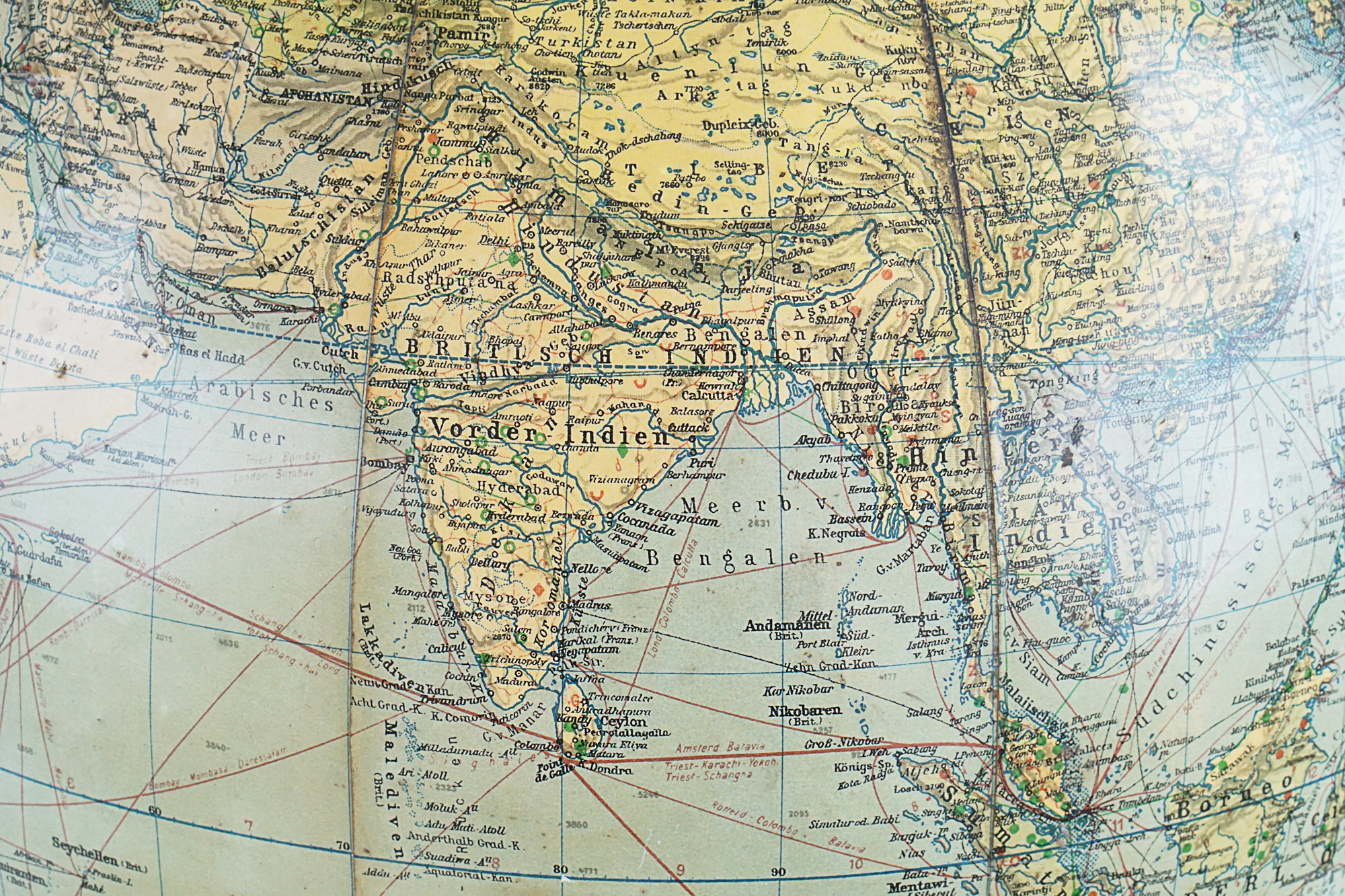 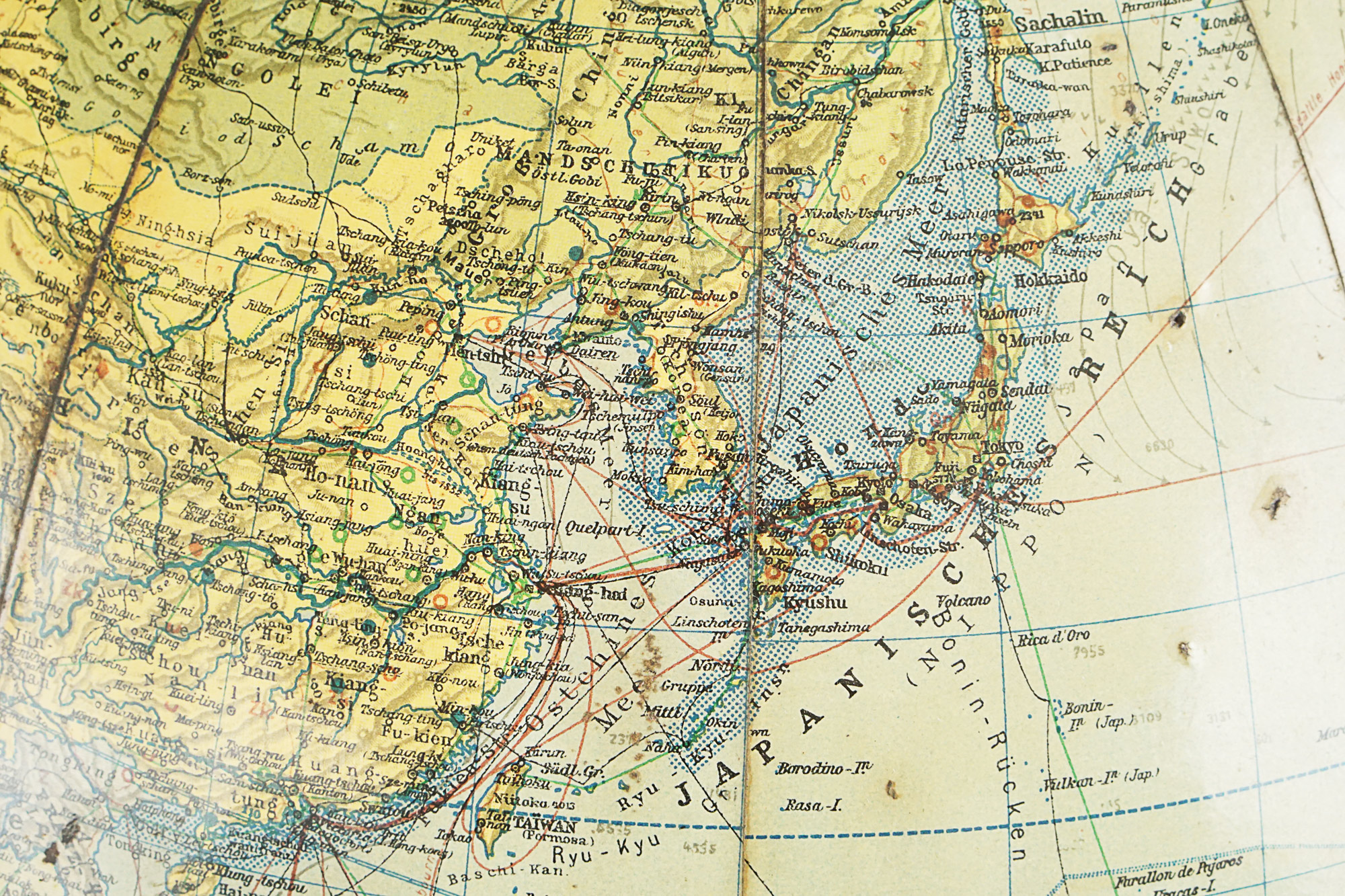 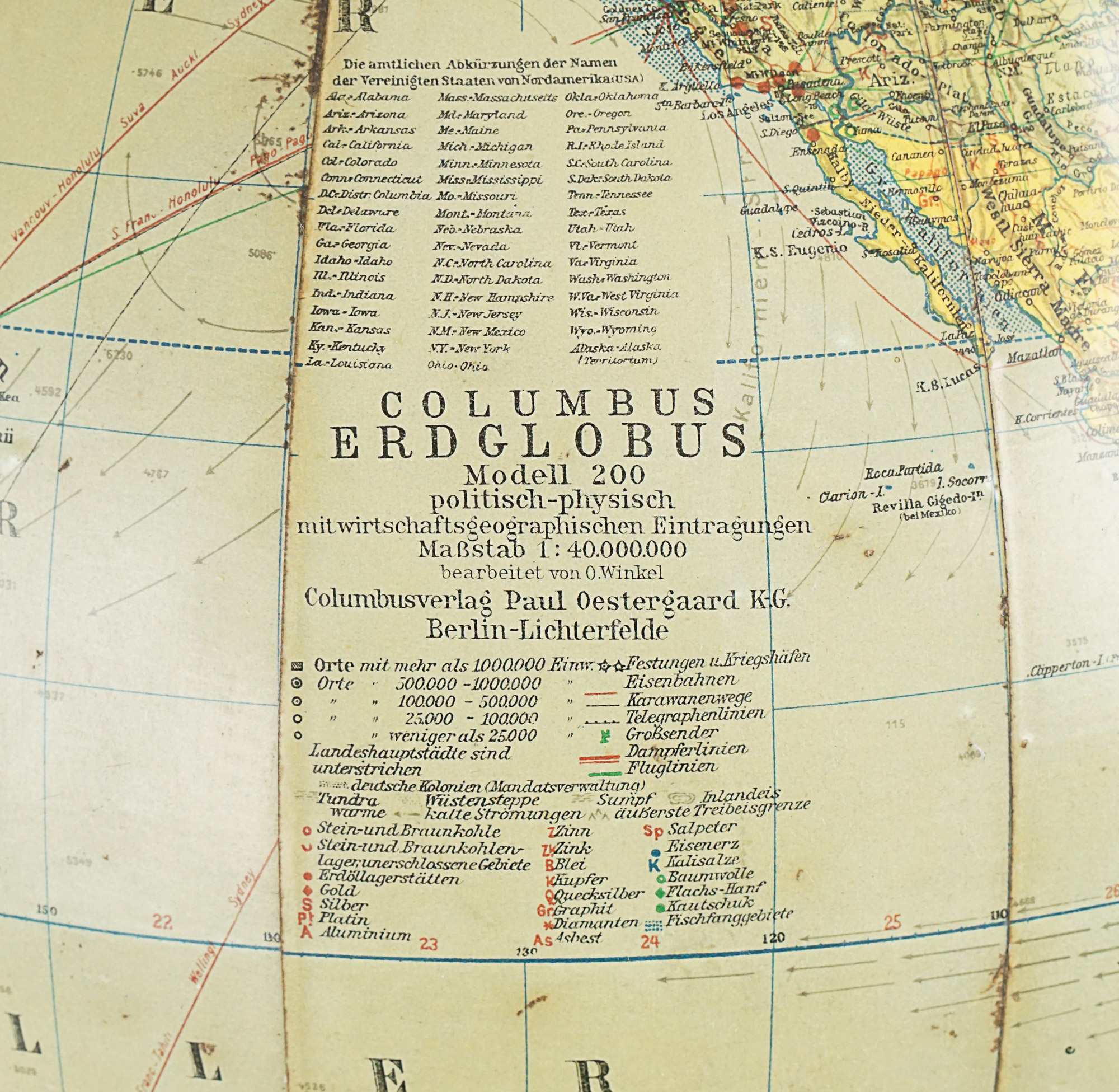 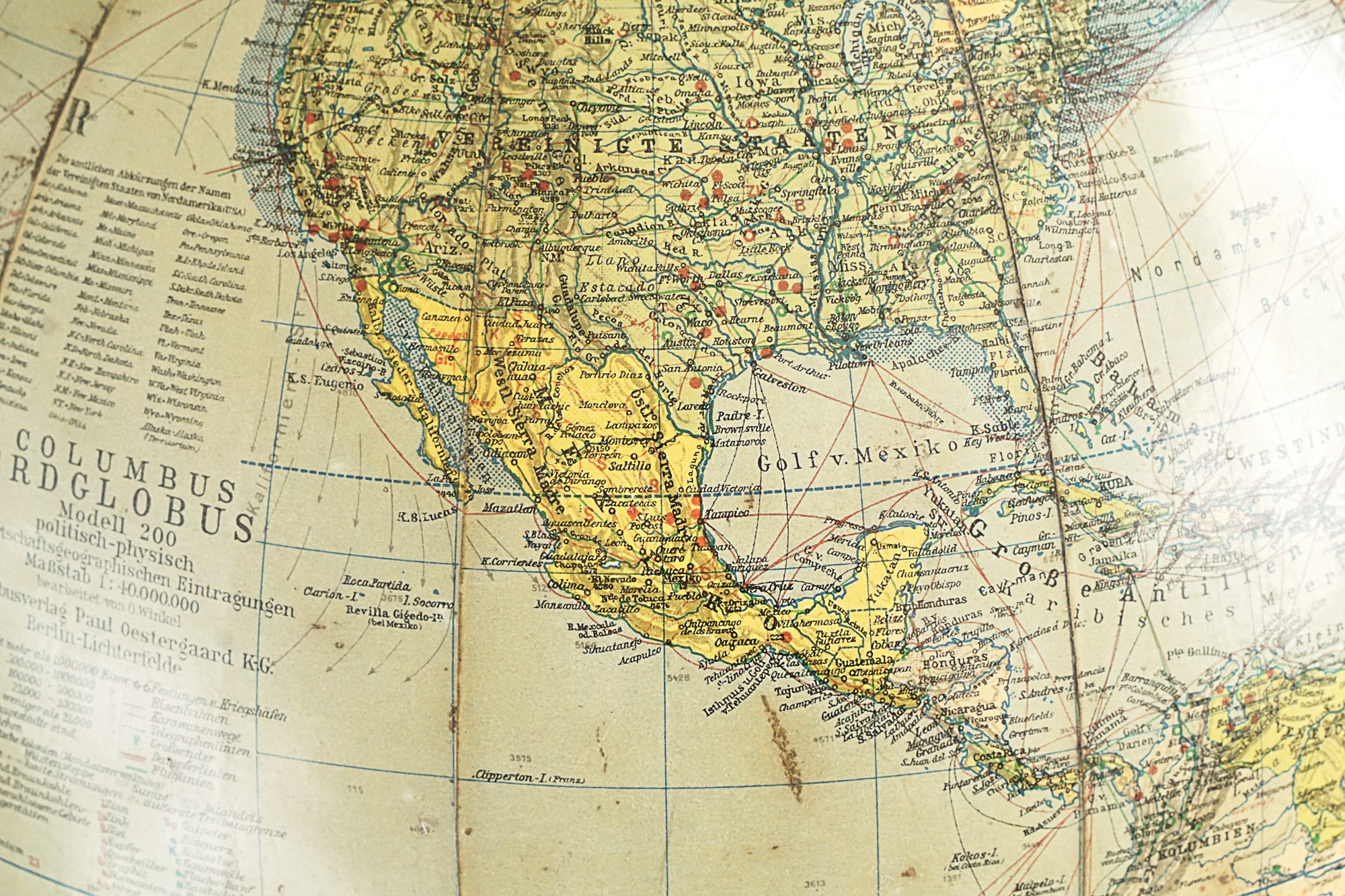 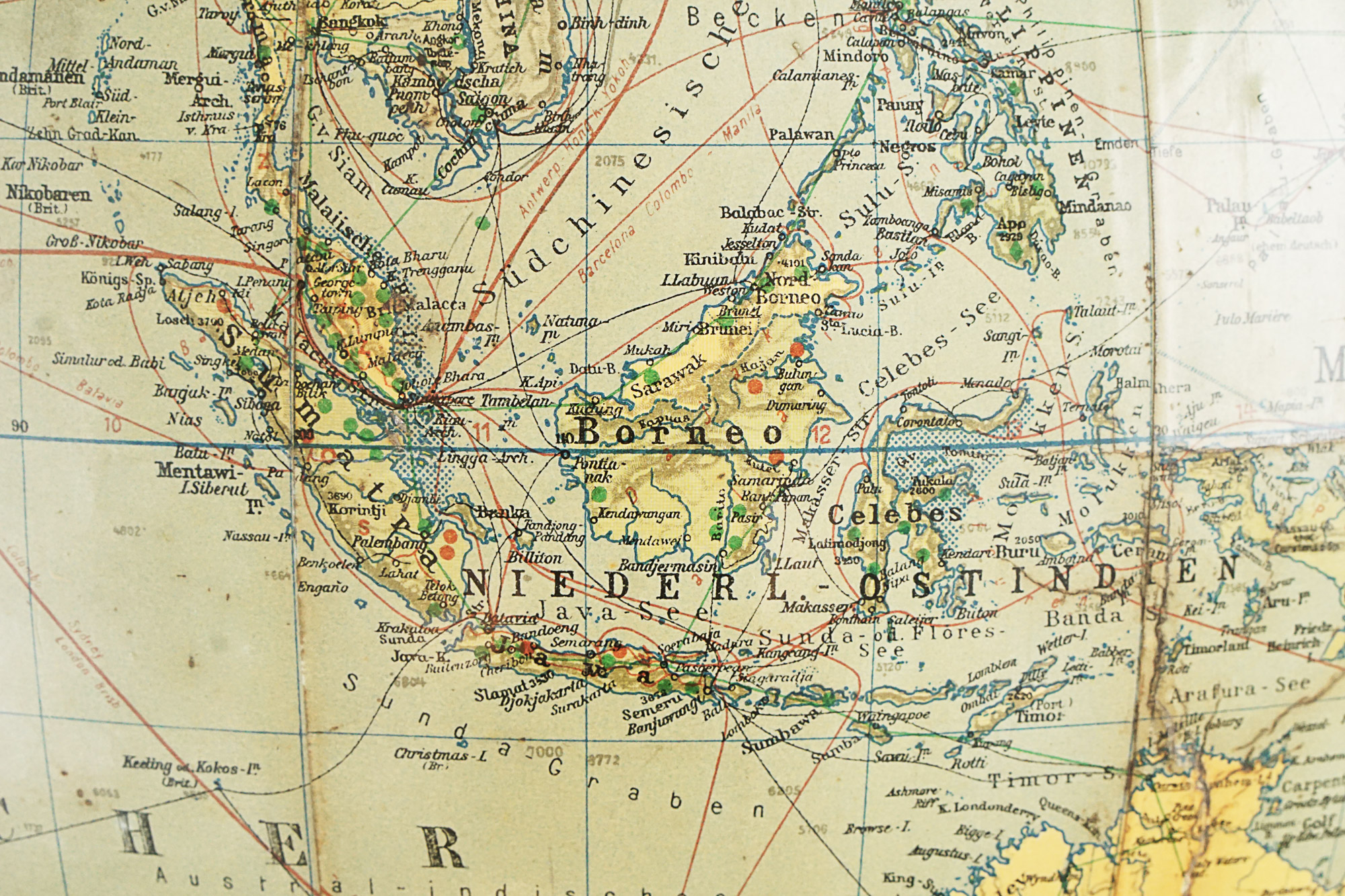 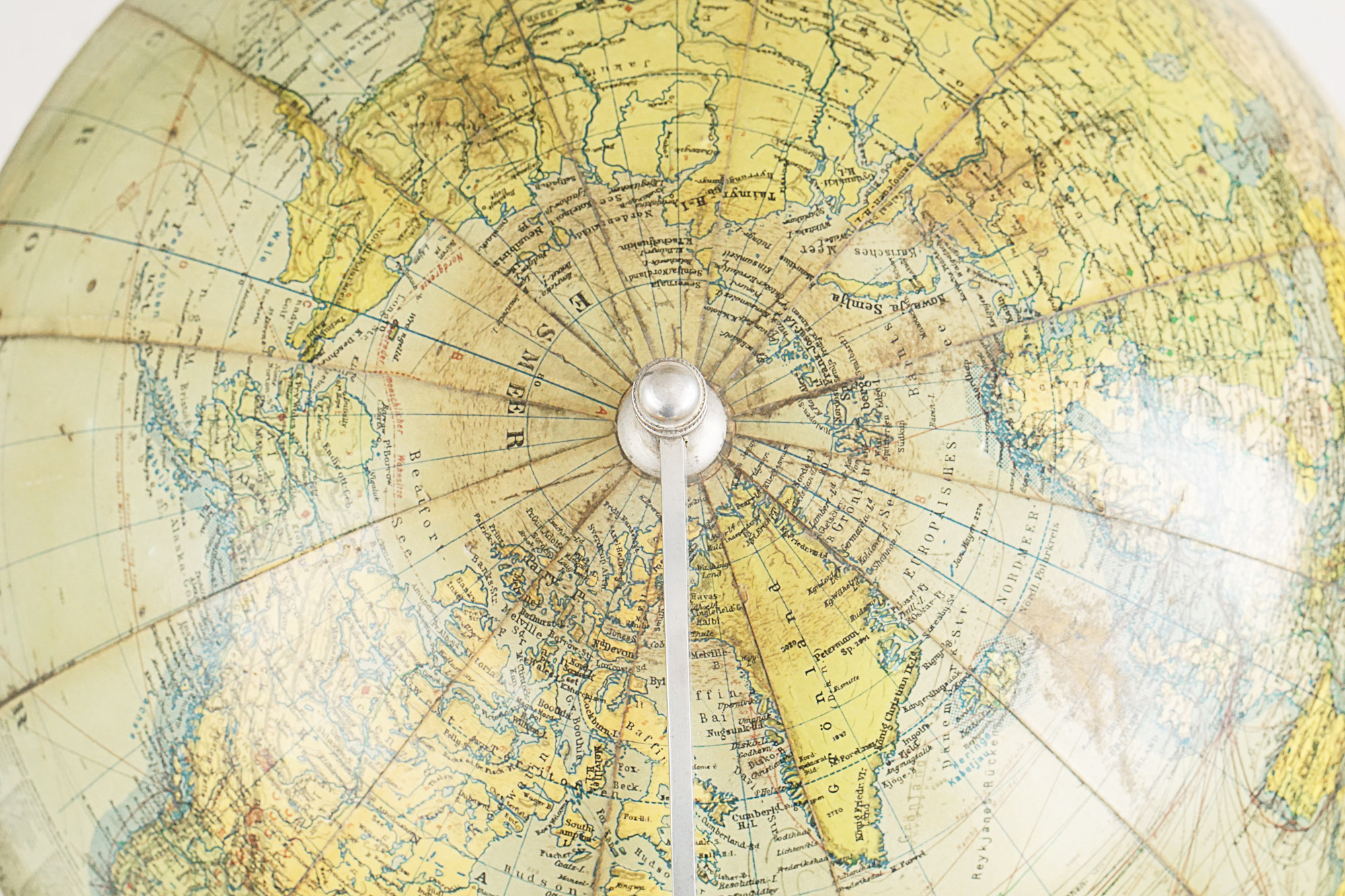 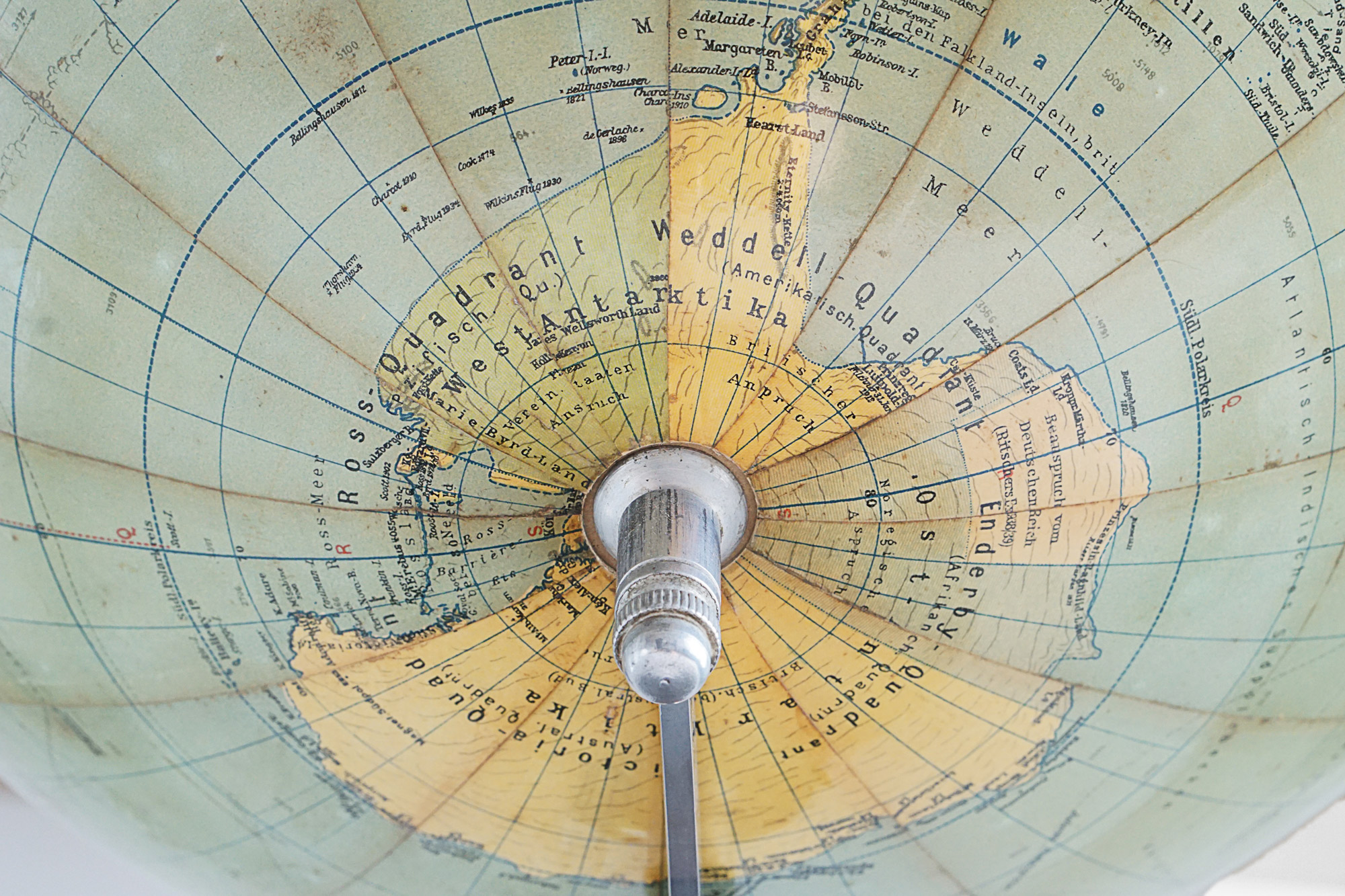 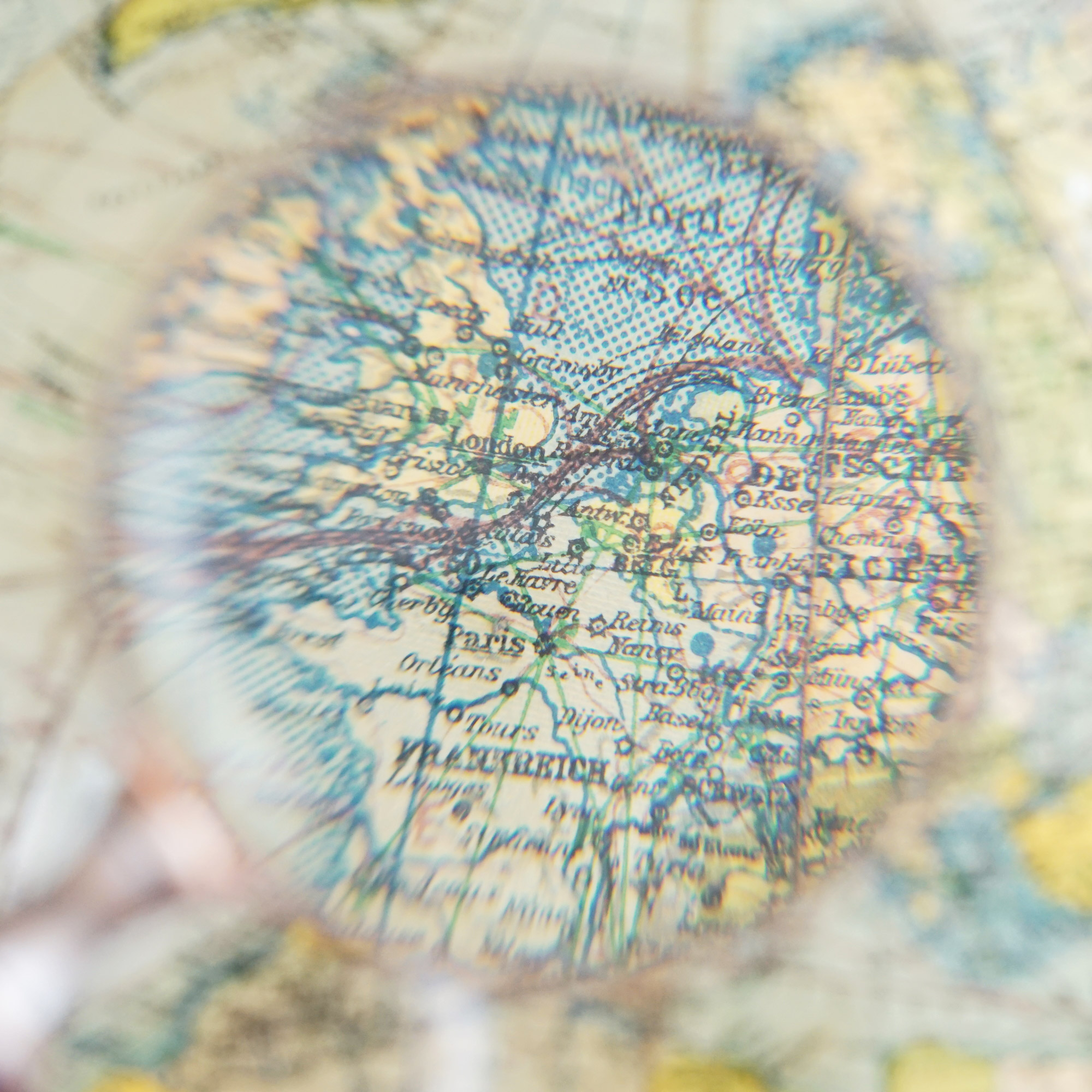 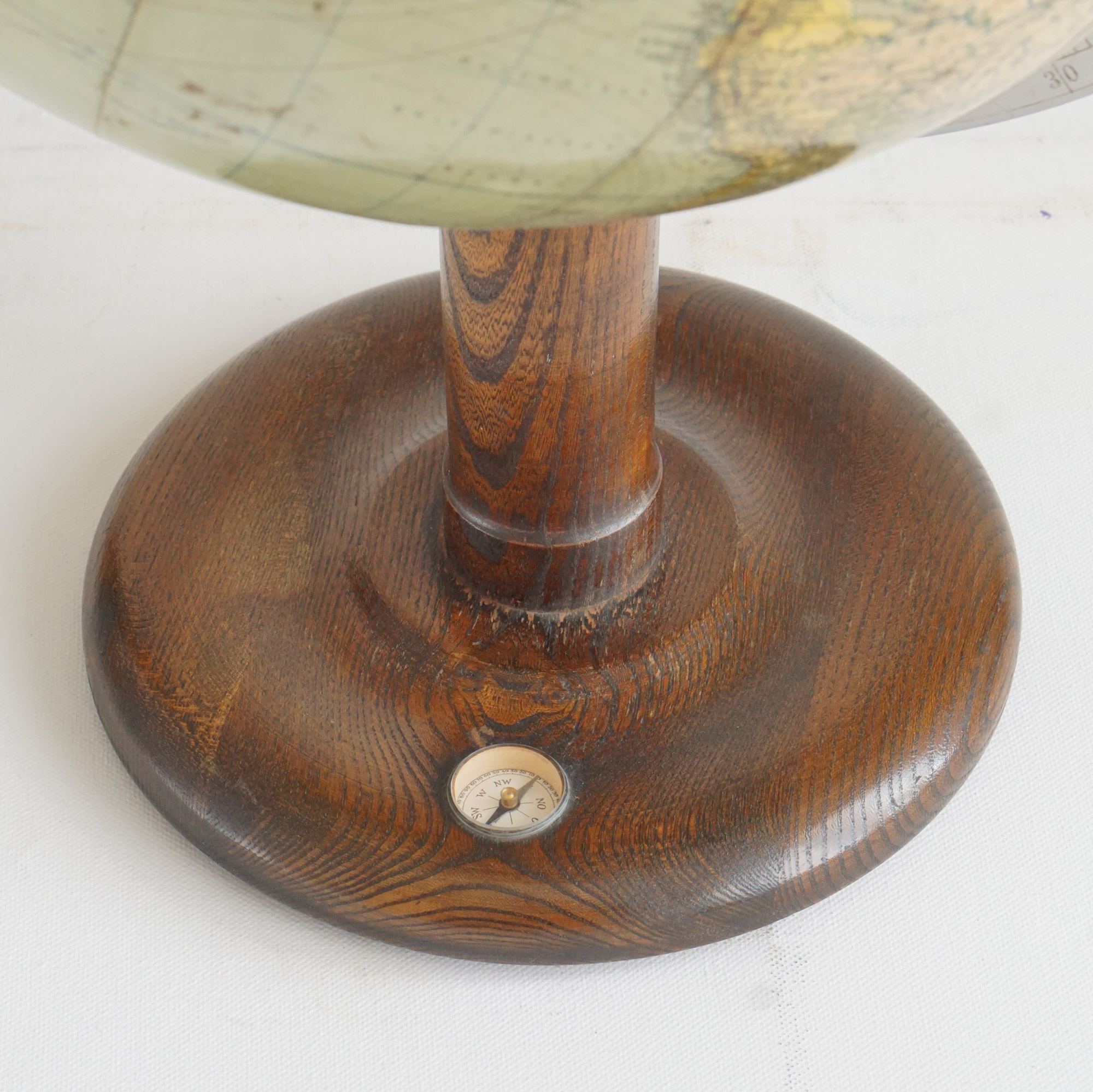 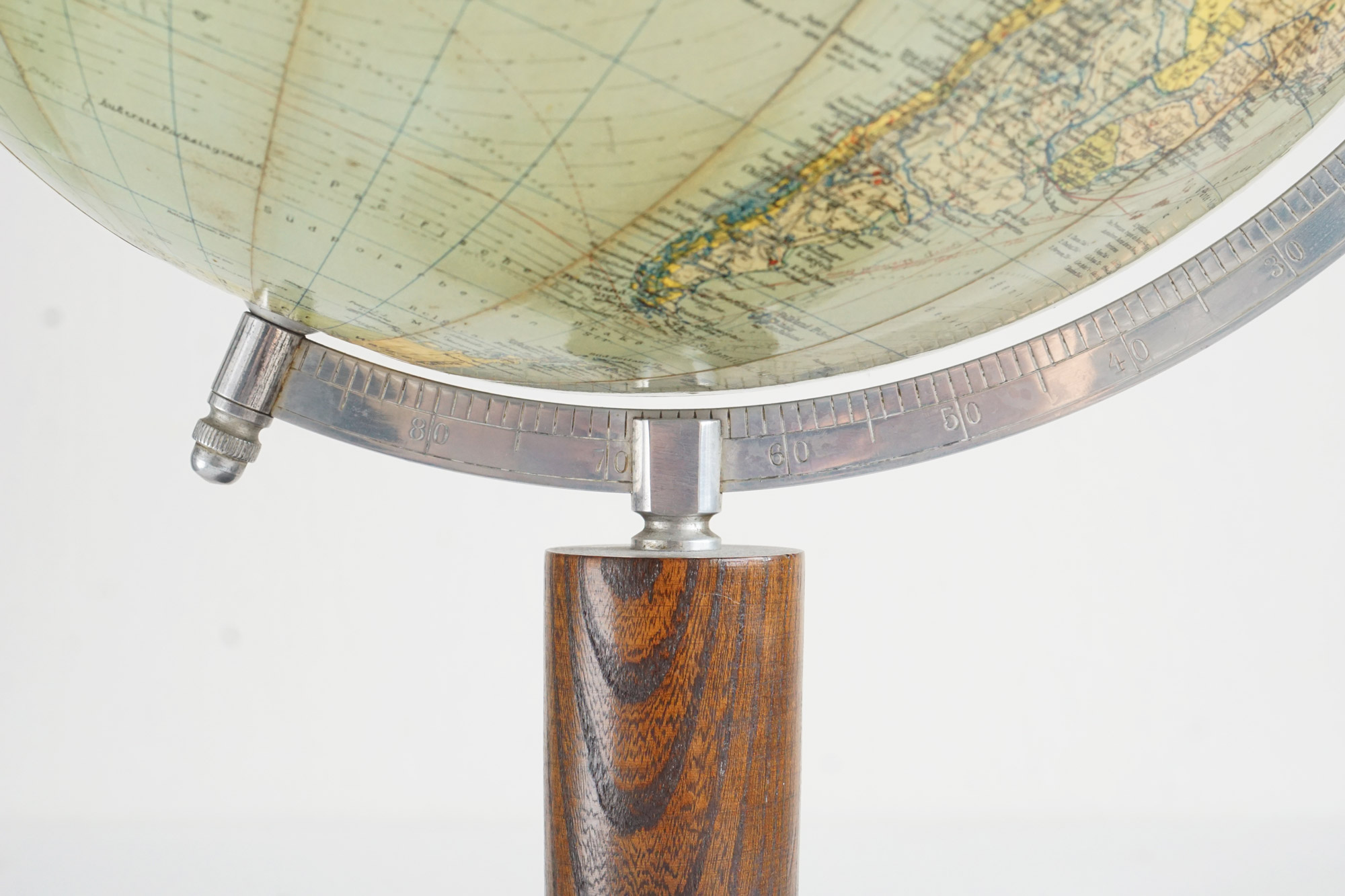 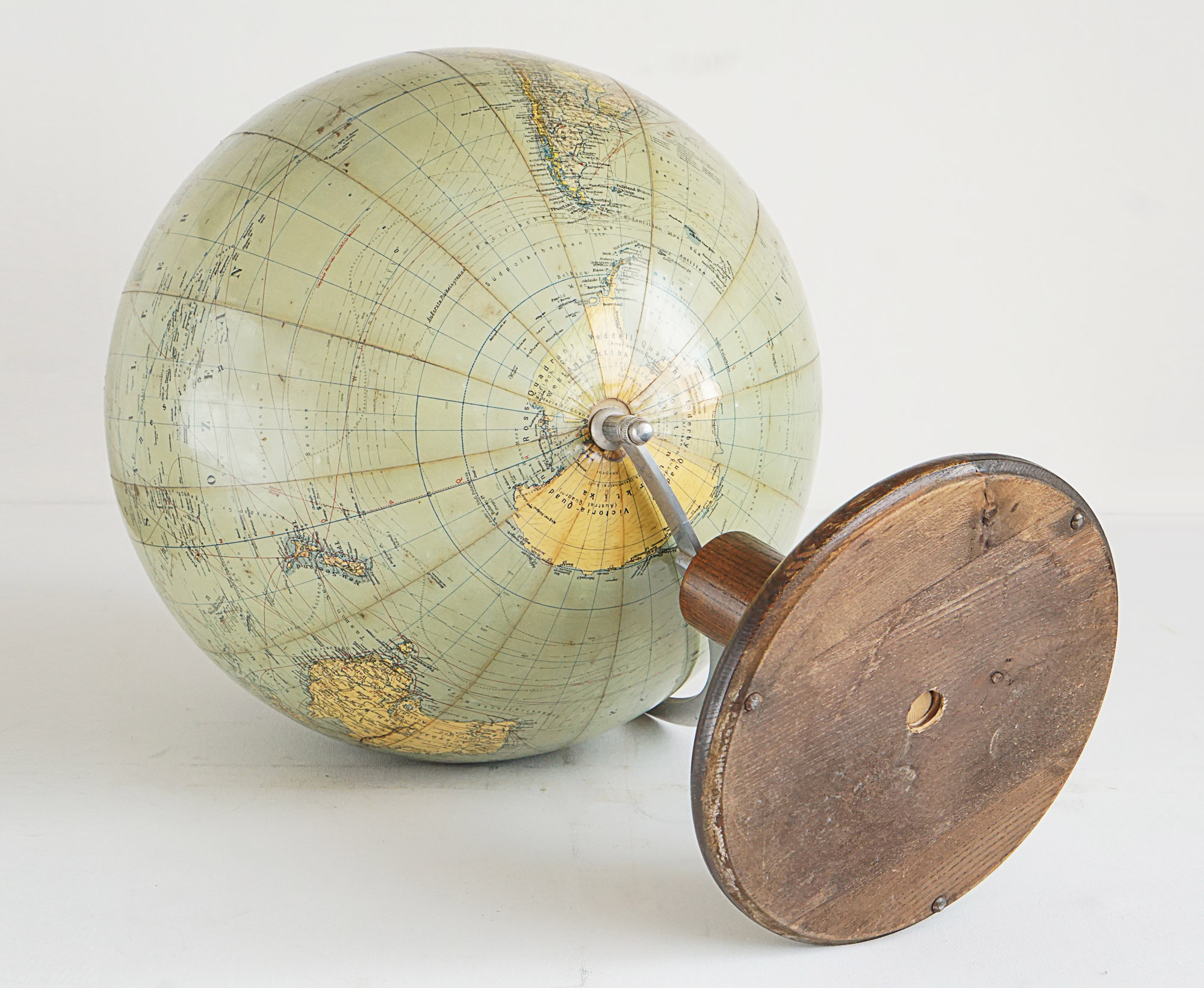 The Modell 200 by the famous German producer Columbusverlag published during the World War 2 at the apex of Nazi German expansion is the "etalon" of all German globes. The German precision and sense for detail is present at its best here and by the amount and diversity of the information is comparable only to a few other German globes, like f.e. Mang's Erdglobus.

The political and physical globe contains variety of economical-geographical data like locations of natural resources, main areas of crops and fishing areas. Railways and main sea routes are shown in red colour. Air routes, including Zeppelin routes between Germany and US and Germany and Brazil, seaplane routes, catapult aircraft route and non-stop flying route between Europe and America are shown in green colour. Telegraph cables and caravan routes are shown in thin black line. Important broadcast stations have their own symbol too. The physical features include a special land types like tundra, swamps or inland ice. Ocean areas show warm and cold ocean currents and many marks with ocean depths. A rather unusual feature - names of ethnic groups, which include names of American Indian tribes and many indigenous tribes in Africa, are printed in tiny red letters. There is also a list of all US states names above the cartouche. Finally, five different symbols for cities based on their population (a rather unique feature for a globe) proves how detailed and unique this globe is.

As opposed to the same model from 1940, the eastern German border is already shifted more towards east, proving the map has been engraved after the German invasion to Russia begun in summer 1941. Probably due to propaganda reasons, the former German colonies are shown with their former name from the colonial era (f.e. German East Africa).

The globe was compiled by Oswald Winkel, German cartographer and author of famous Winkel tripel projection, which has been adopted by National Geographic Society as the standard projection for world maps in 1998.

The elegant dark brown wooden base is one of the less frequent ones that came with this globe.

Overall good condition. Surface crack in the central Australia region. Two brownish spots - north of UK and NE of Moscow and several tiny light brown spots around the globe. Some browning around the North Pole. The gores' overlaps are a little bit browned.