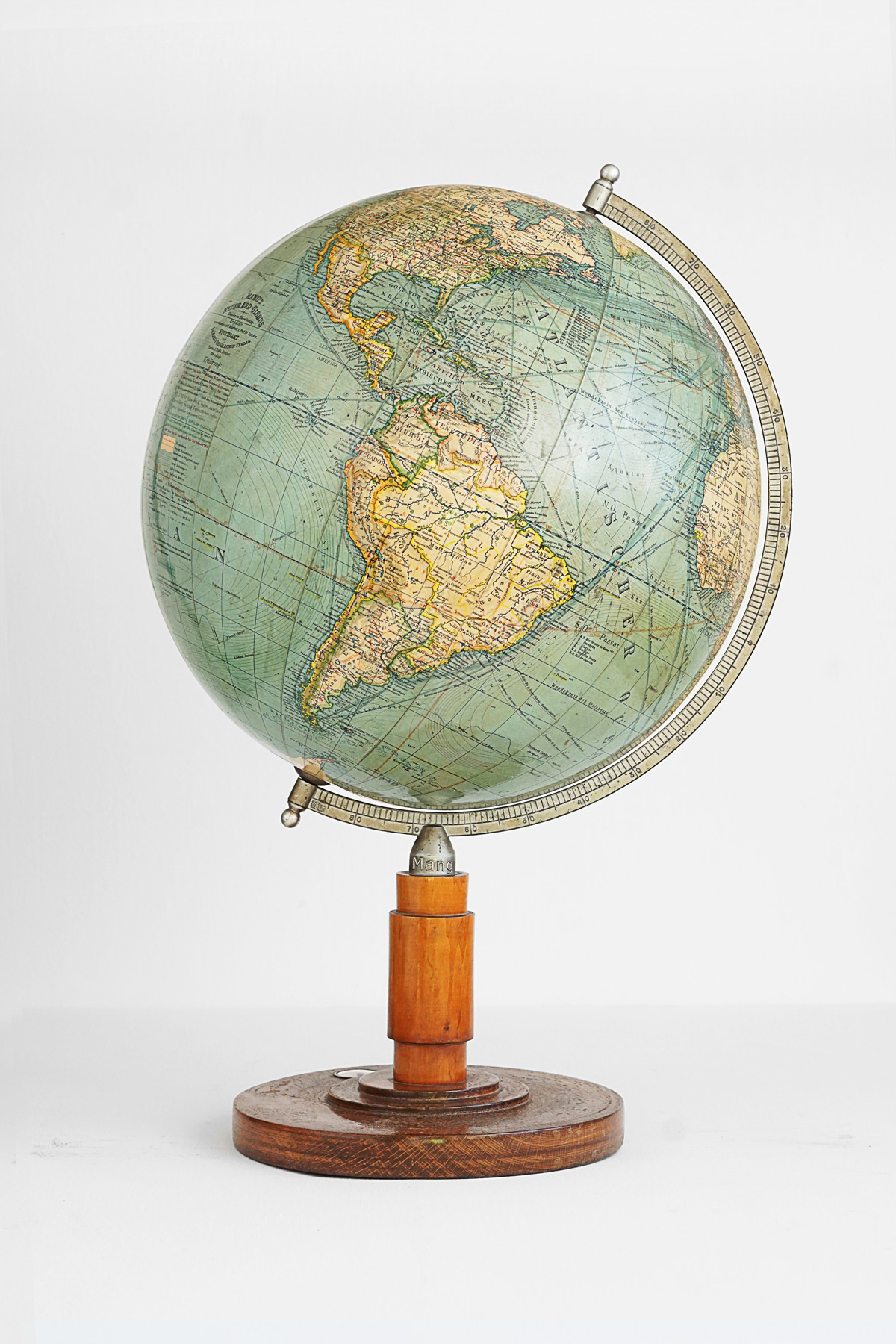 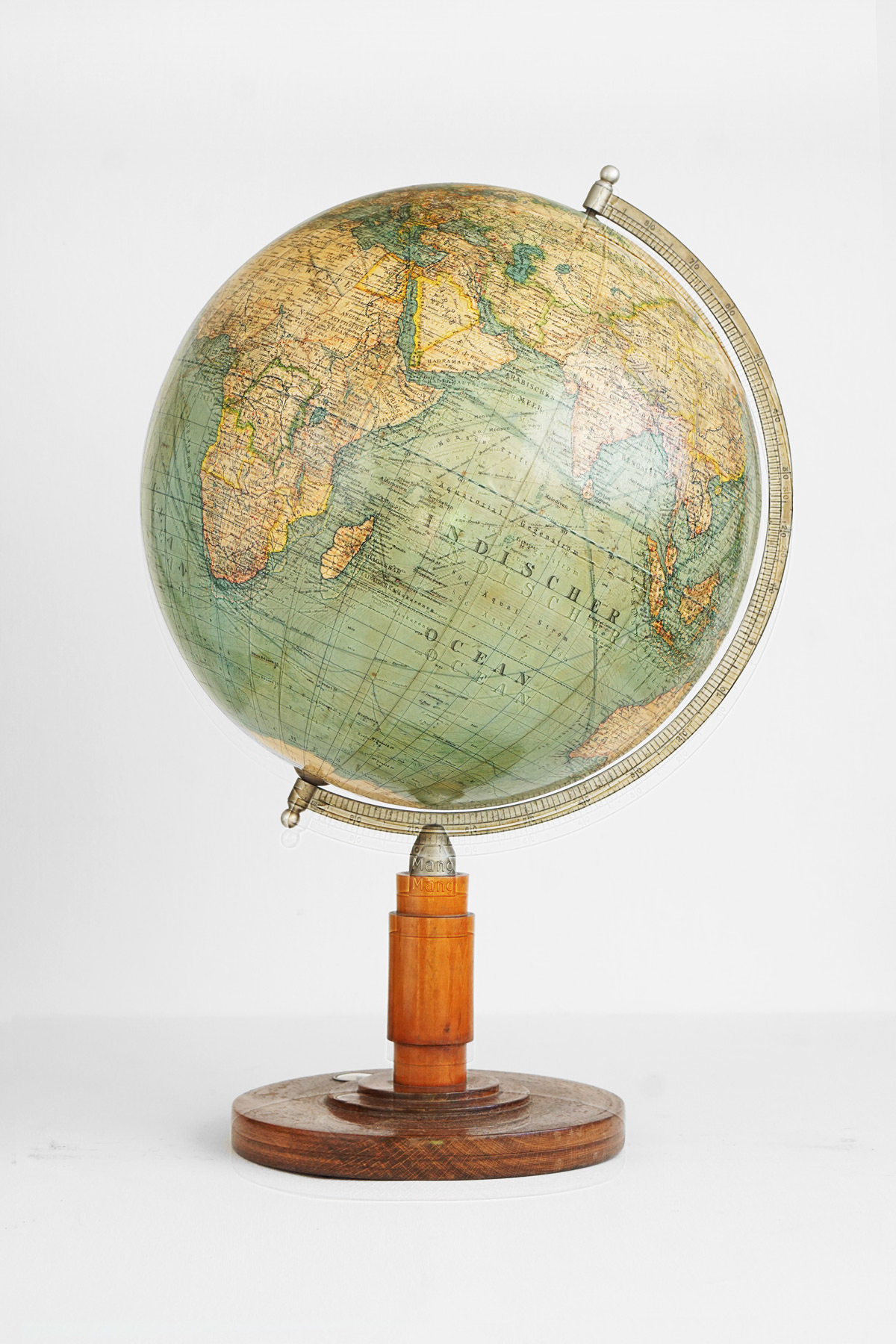 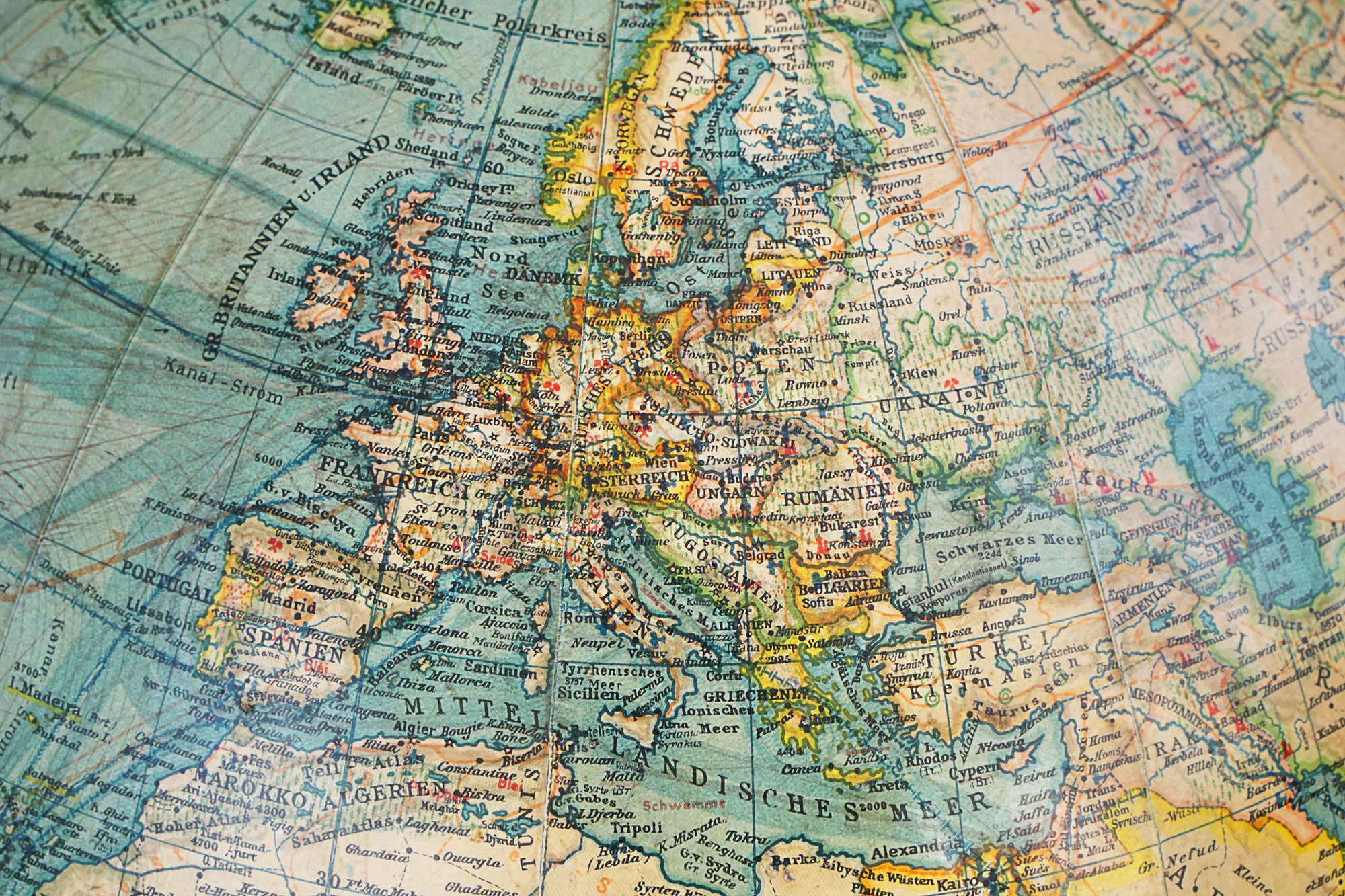 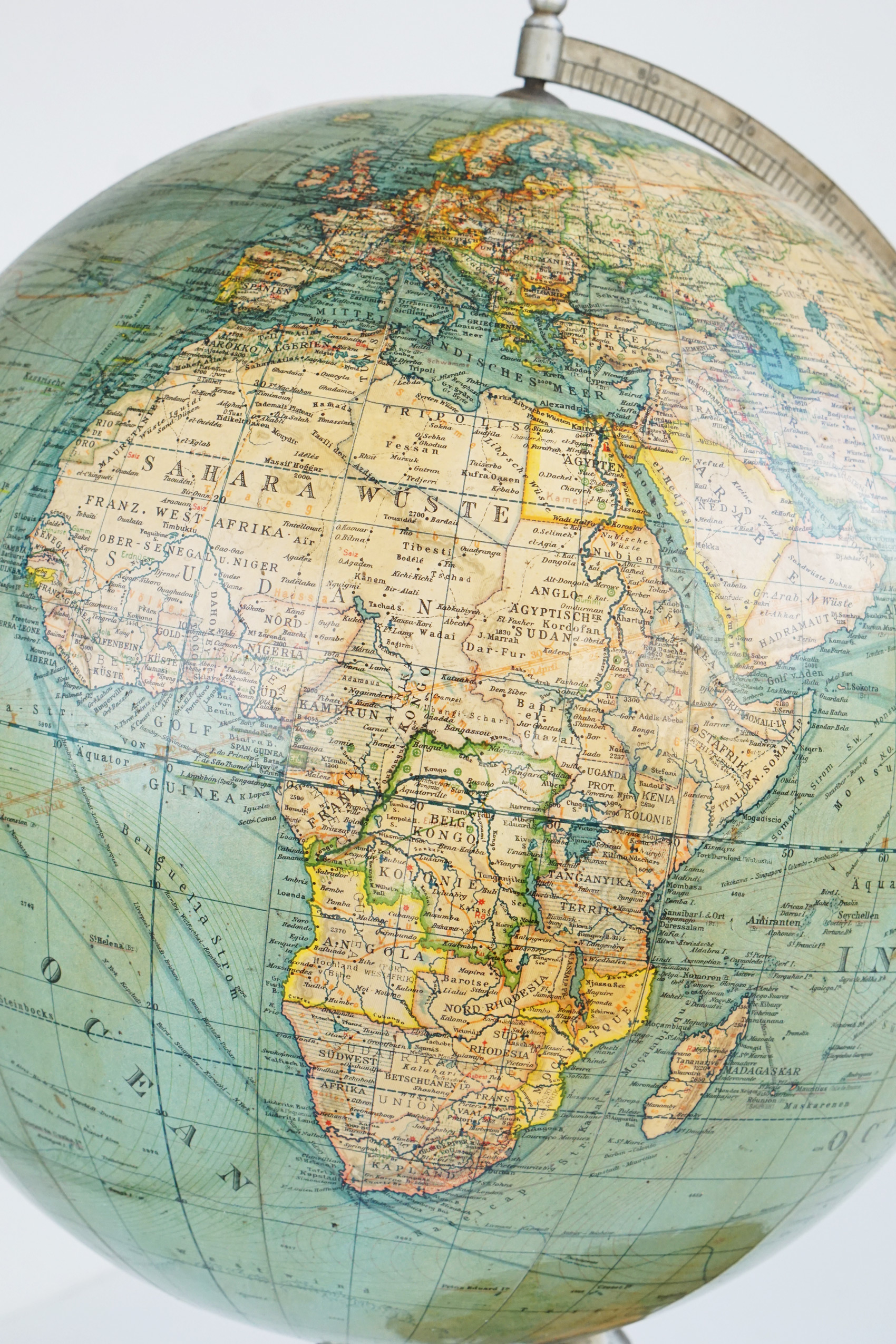 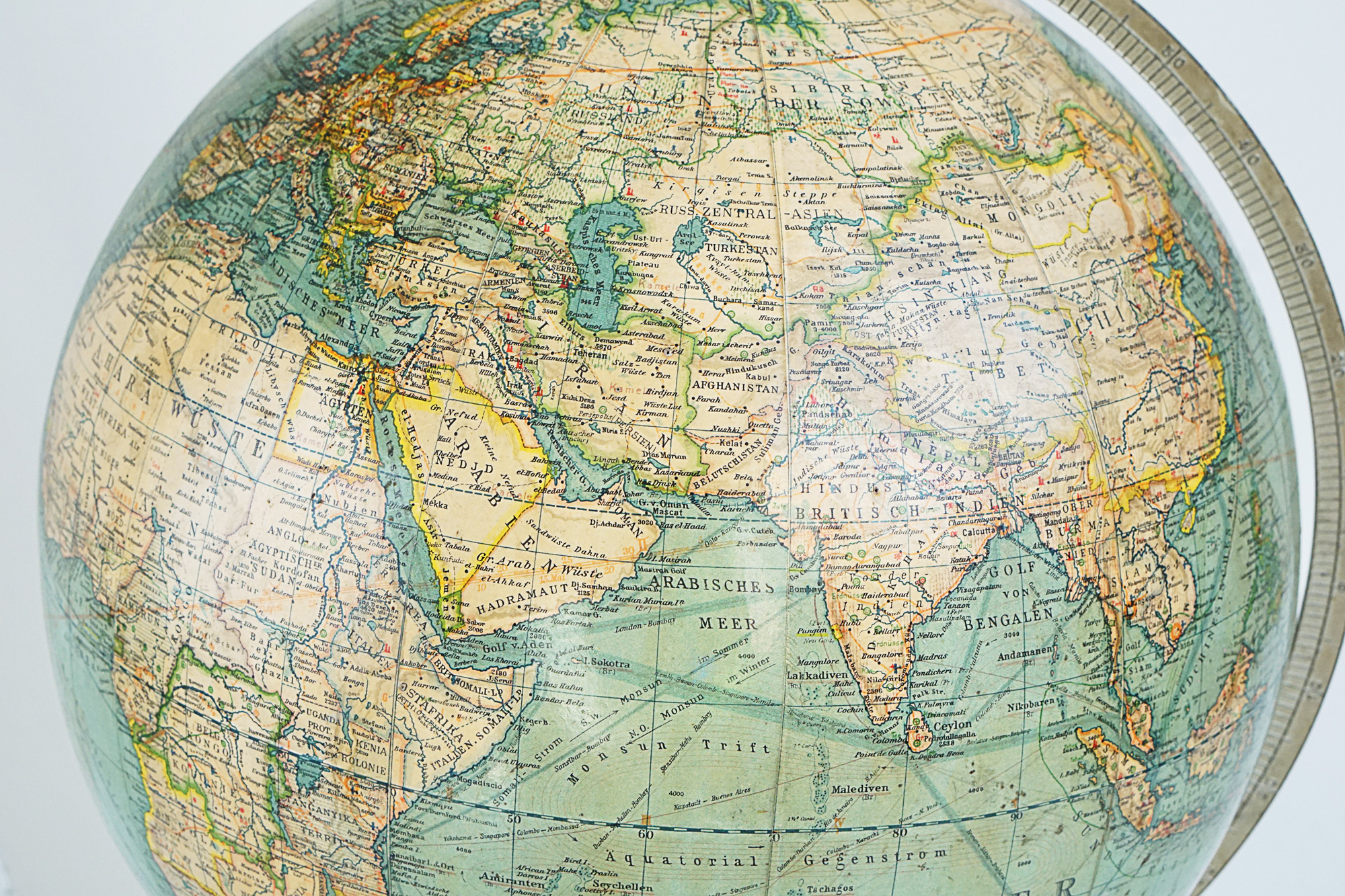 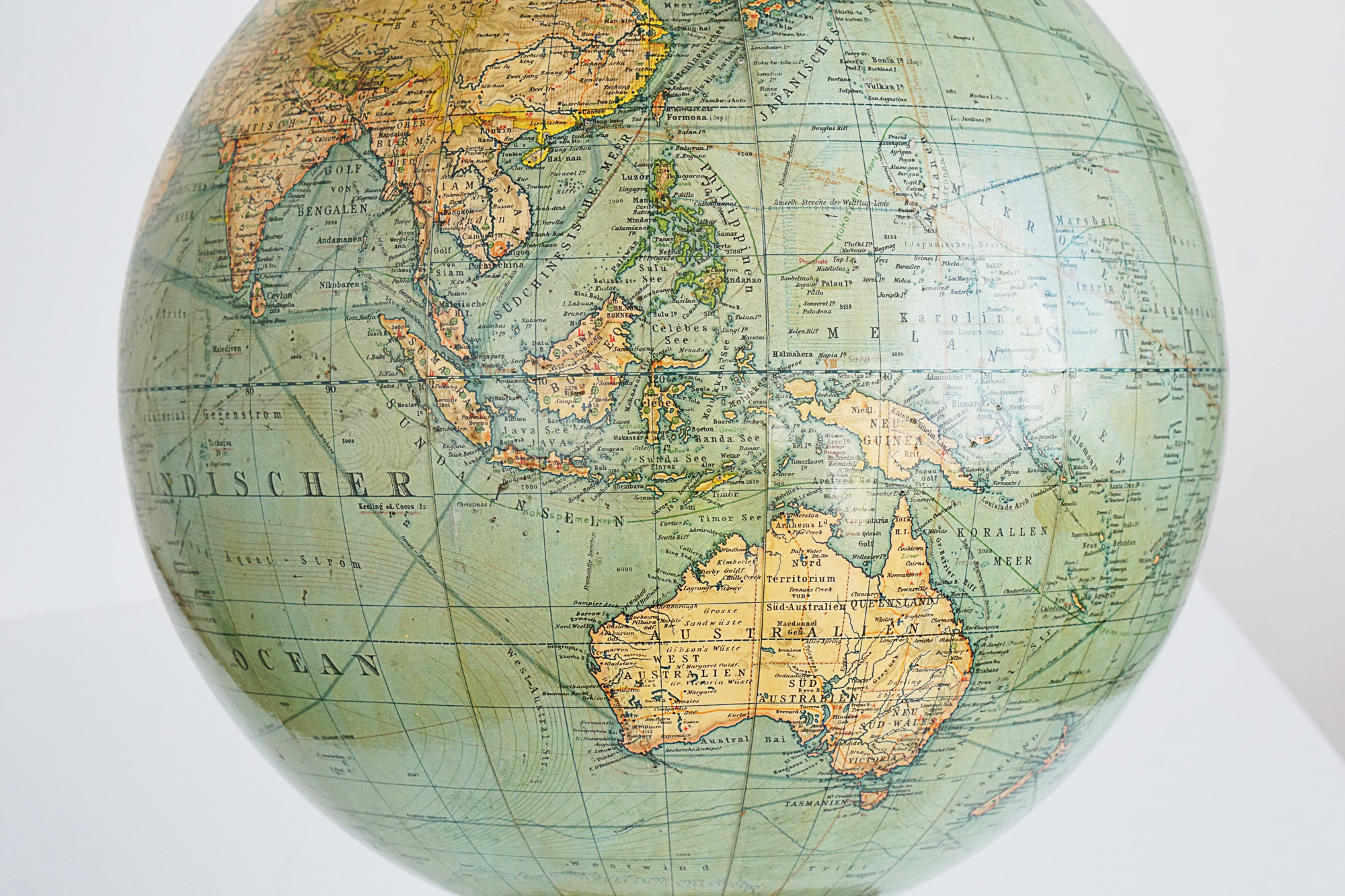 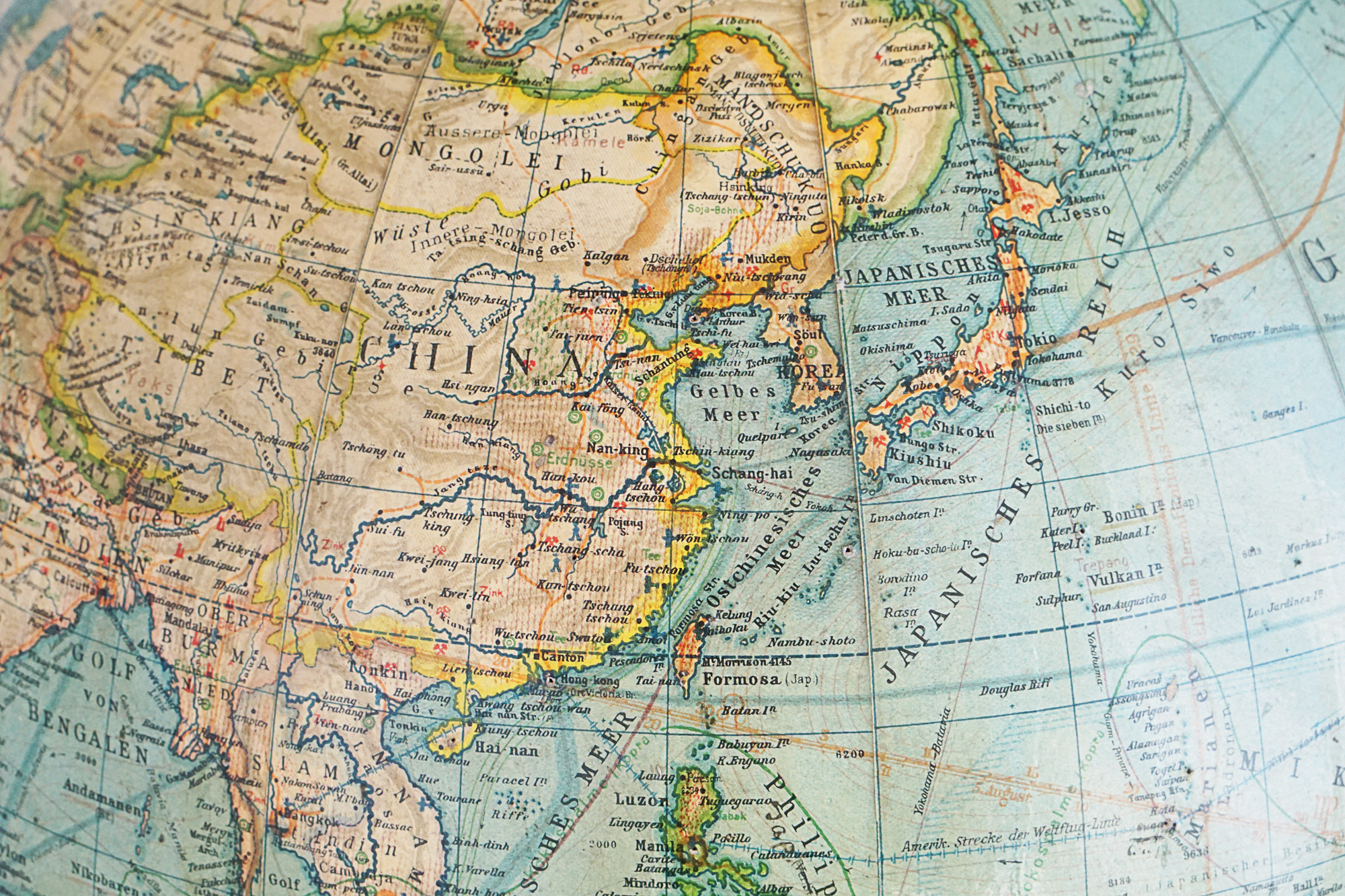 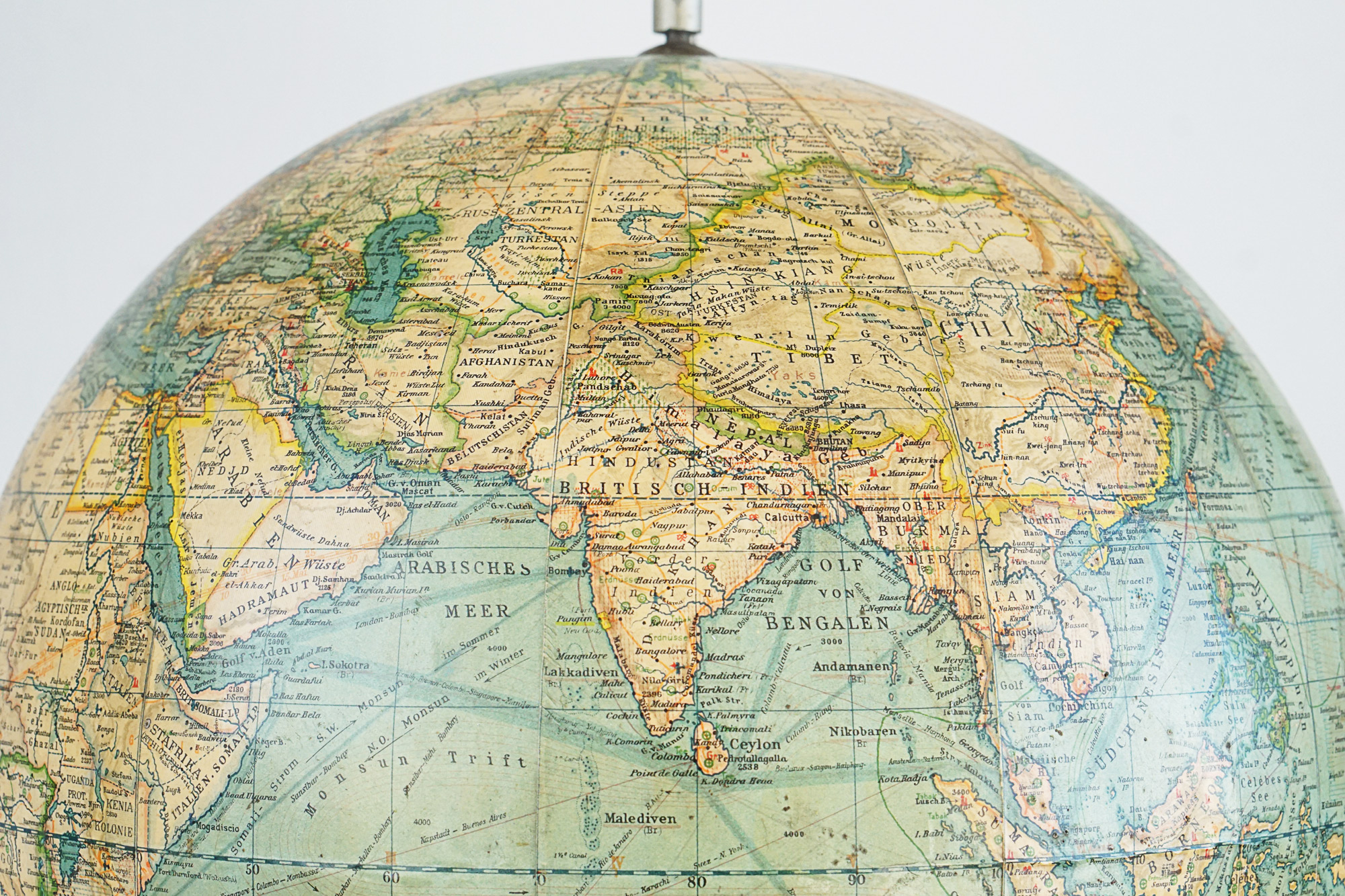 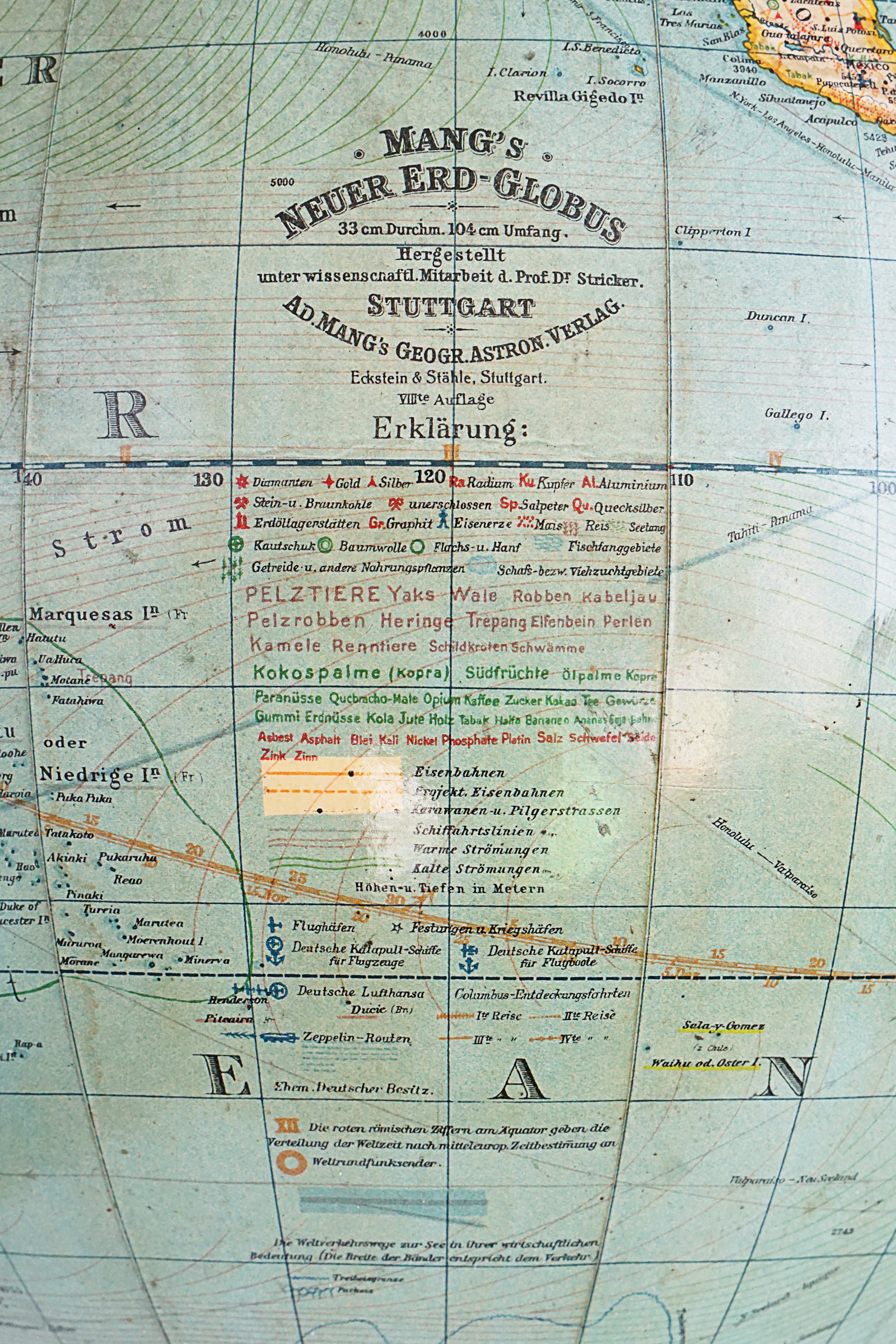 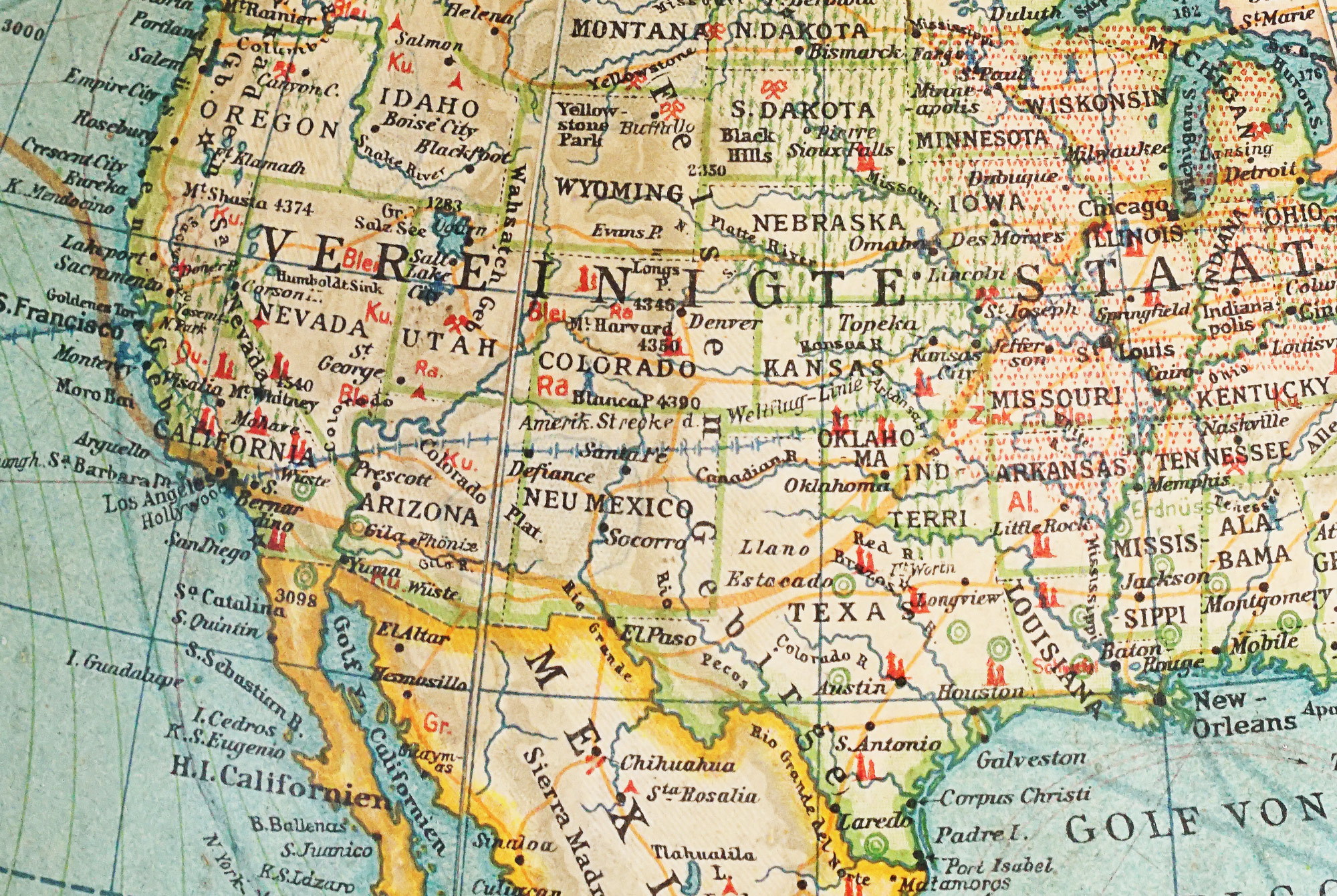 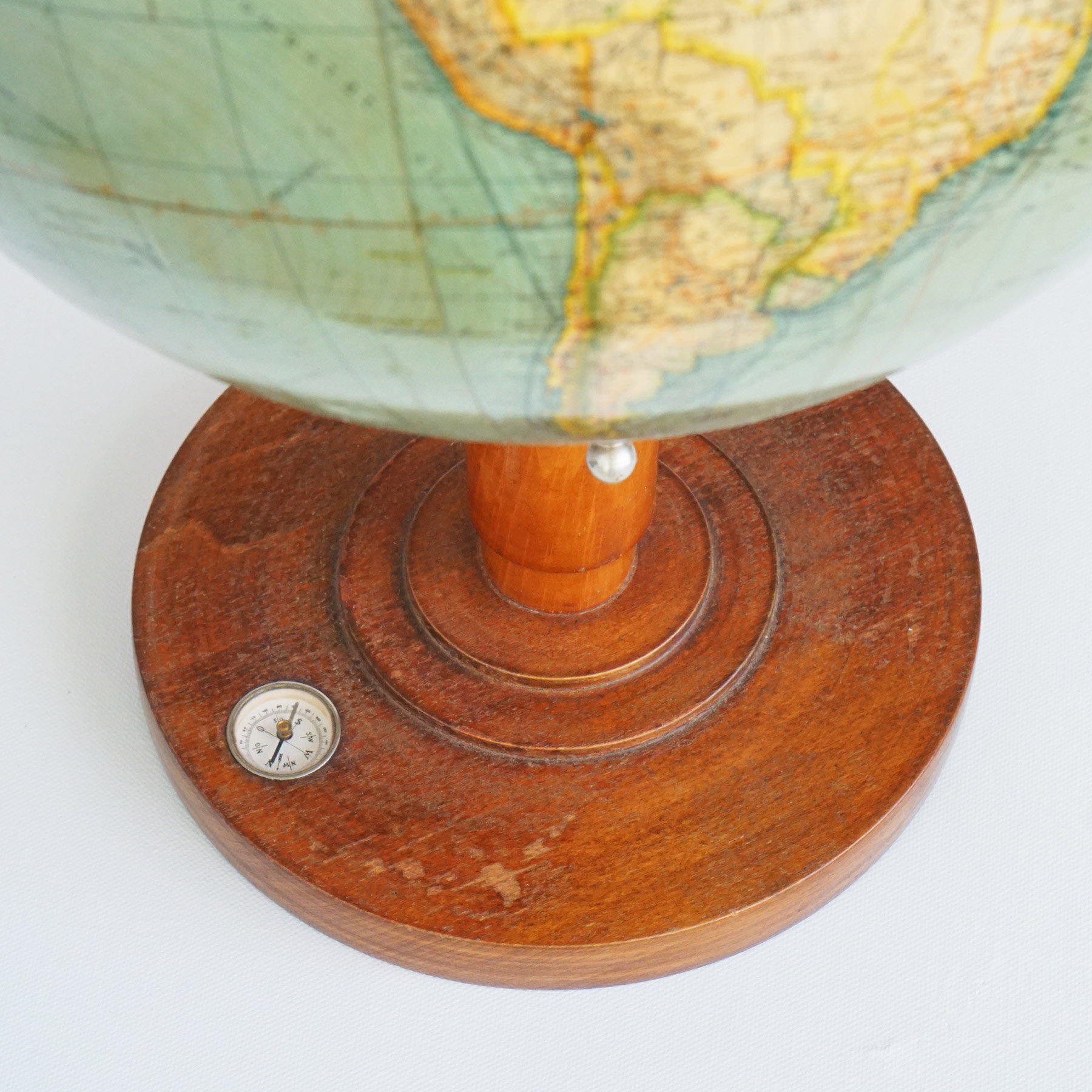 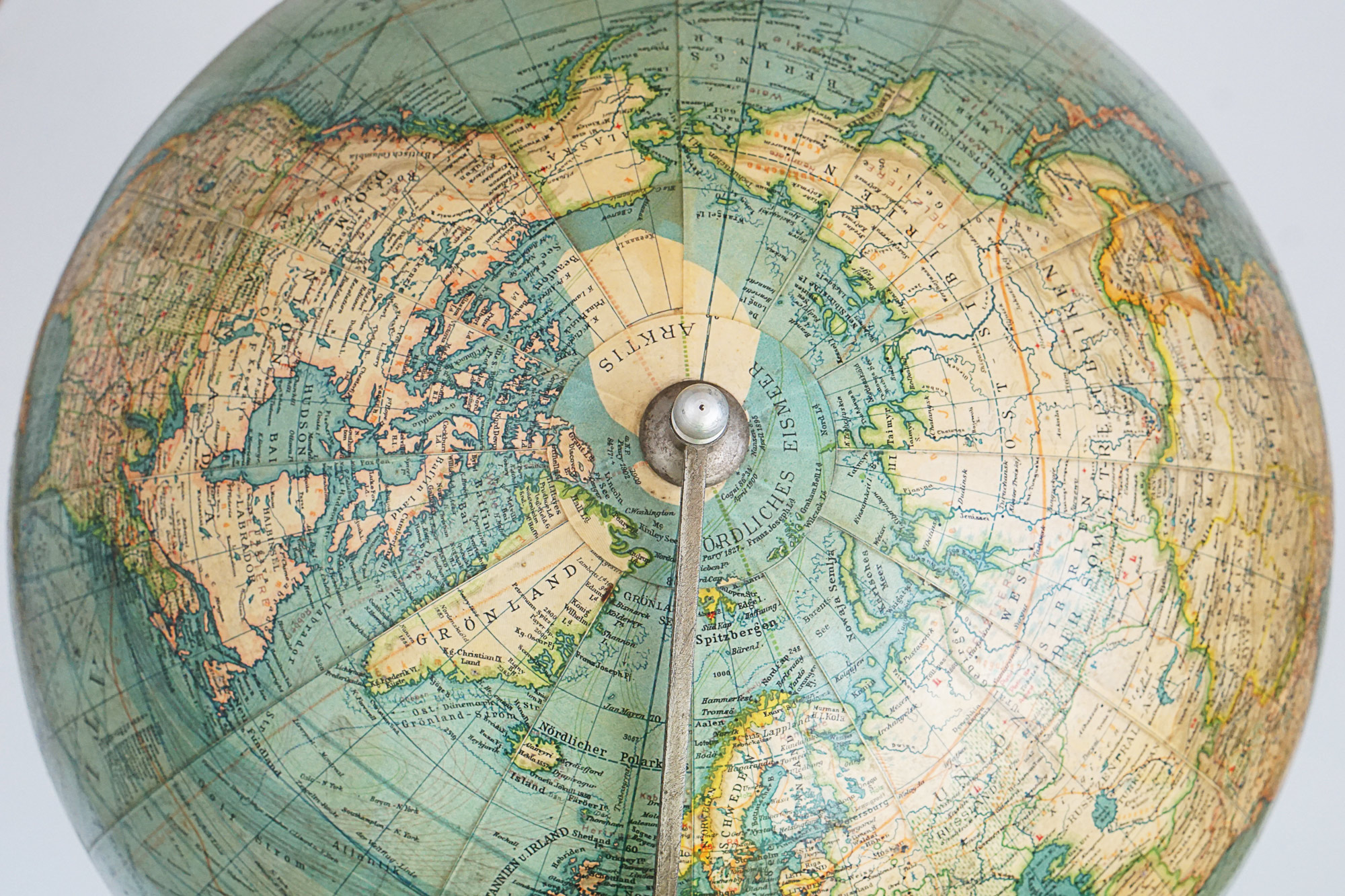 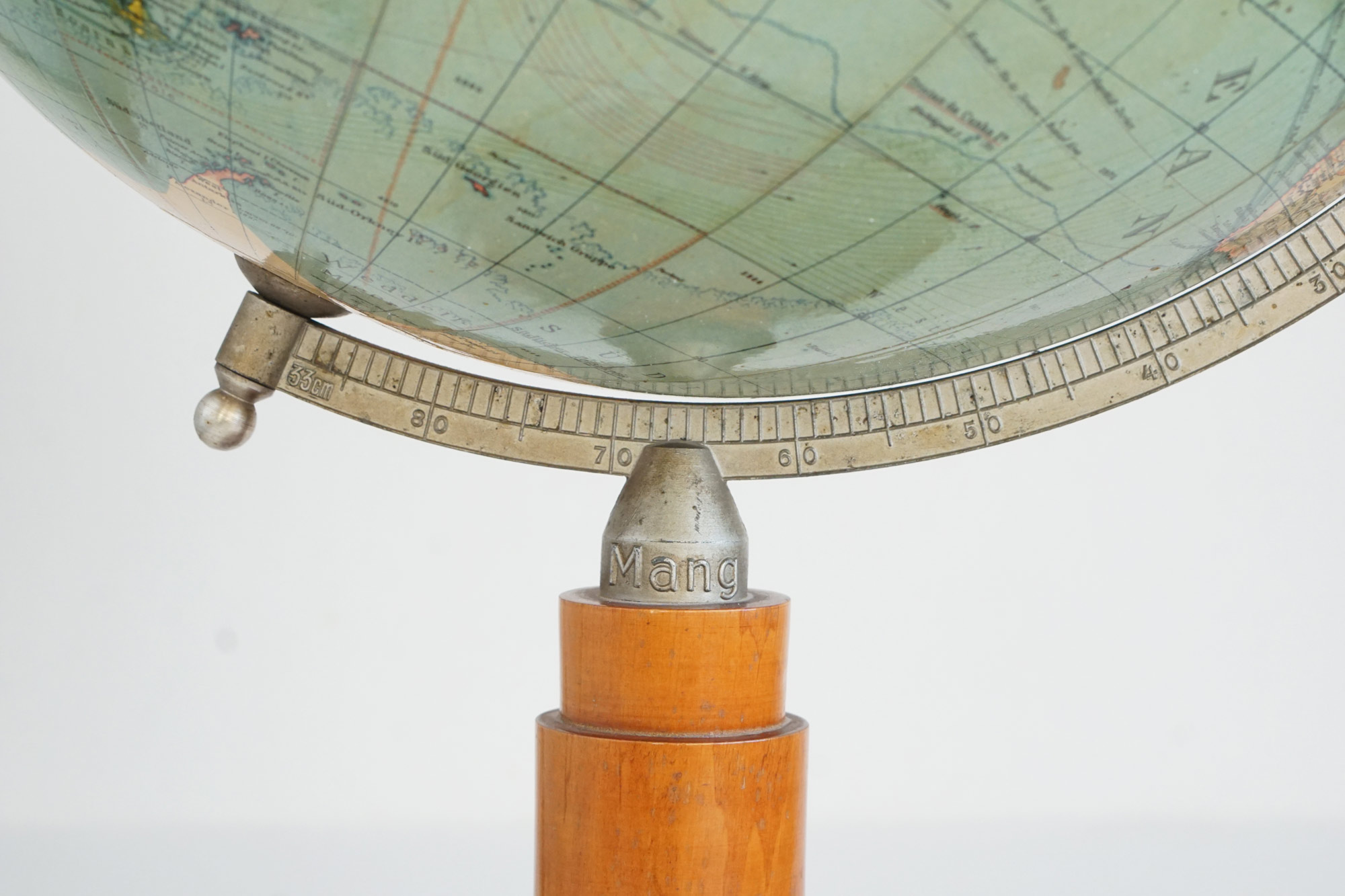 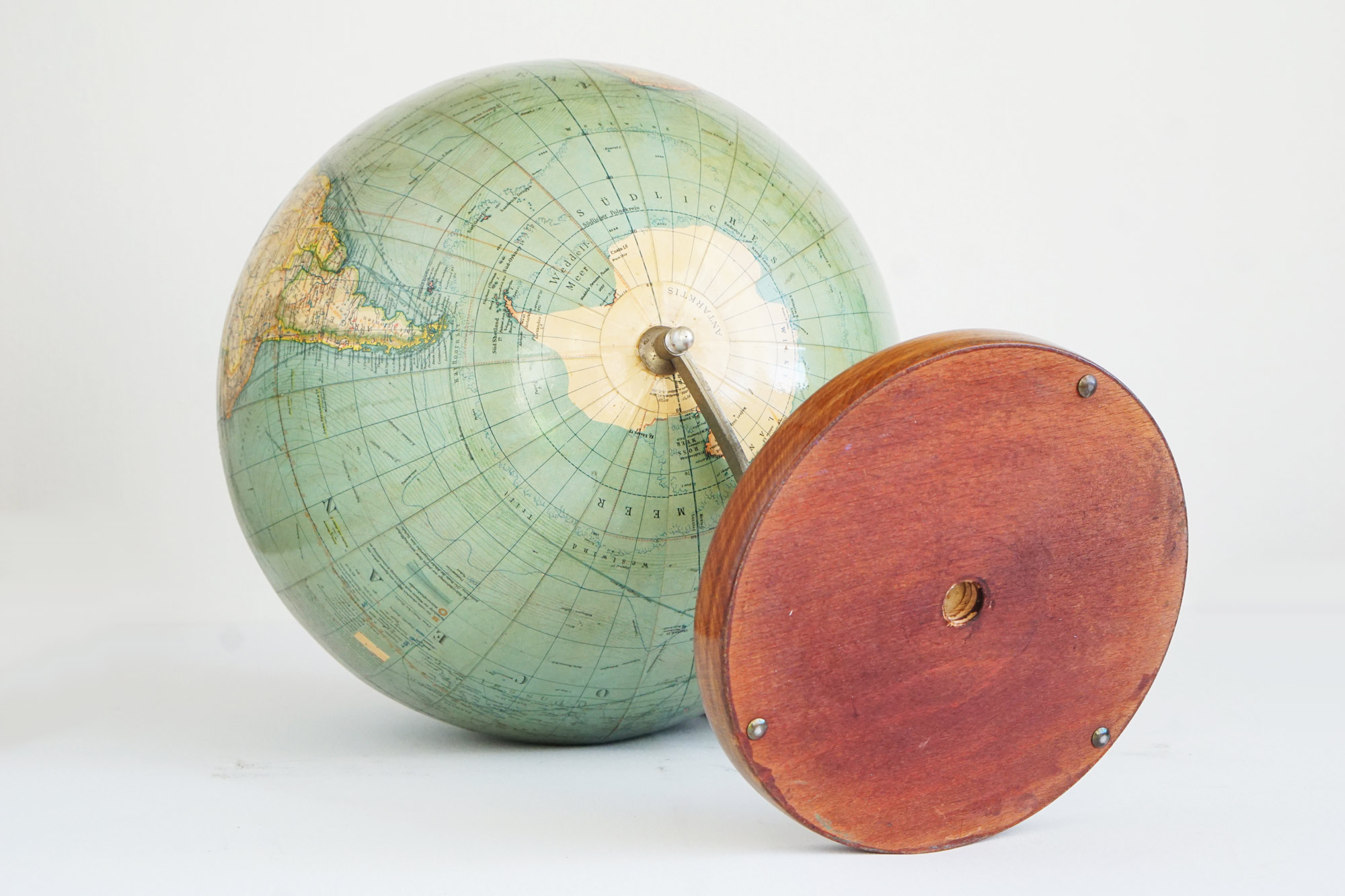 This is an 8th (and maybe last?) edition of Mang's (Neuer) Erdglobus (Mang's New World Globe) produced in Stuttgart which undoubtedly belongs among the top German globes produced in the first half of 20th century. The variety of information it provides is unprecedented and simply astonishing. Besides usual political and physical features which I won't be covering here in detail, the globe shows world's important areas of natural resources, main crops areas, areas with large production of farm animals, main commerce, transport and communication lines incl. air routes and Zeppelin lines, areas of ethnic groups, important historical and geographical voyages and expeditions and other features which are portrayed in altogether more than 50 different map symbols.

As 1930's have seen the rise of the global air travel, the globe portrays many air-travel related features like regular air routes operated by Lufthansa, international airports, Zeppelin lines or German ports with ships fitted with plane catapults. The Zeppelin transatlantic lines between Frankfurt (Germany) and Lakehurst (USA) and Frankfurt and Rio de Janeiro, which were operated regularly despite the great depression and growing competition of the fixed-wings aircrafts are portrayed in blue arrowed line. Also notable is the thick red line of Graf Zeppelin which circumnavigated the globe in 1929 in 21 days and 5 hours incl. time needed for stopovers and covered more than 33 thousand kilometres. In Gambia and Brazil you can find positions of German "catapult ships" which were used to speed up the delivery of mail on trans-Atlantic lines between Europe and South America.

The main trade routes are highlighted with blue colour and the thickness of this highlight corresponds with the amount of trade on this route.

Other notable and very unusual features of this globe include

Besides these unusual references, the map includes all traditional features which we can be found in most (German) globes like mountains with their heights in meters, ocean currents, borders of floating and pack ice, caravan routes, the Great Chinese Wall, the ecliptic, former German colonies and others. There is just so many things to explore in this globe!

Very good condition overall with no damages besides several tiny pinholes. Some areas of the map (f.e. west from central Africa) are slightly browned.