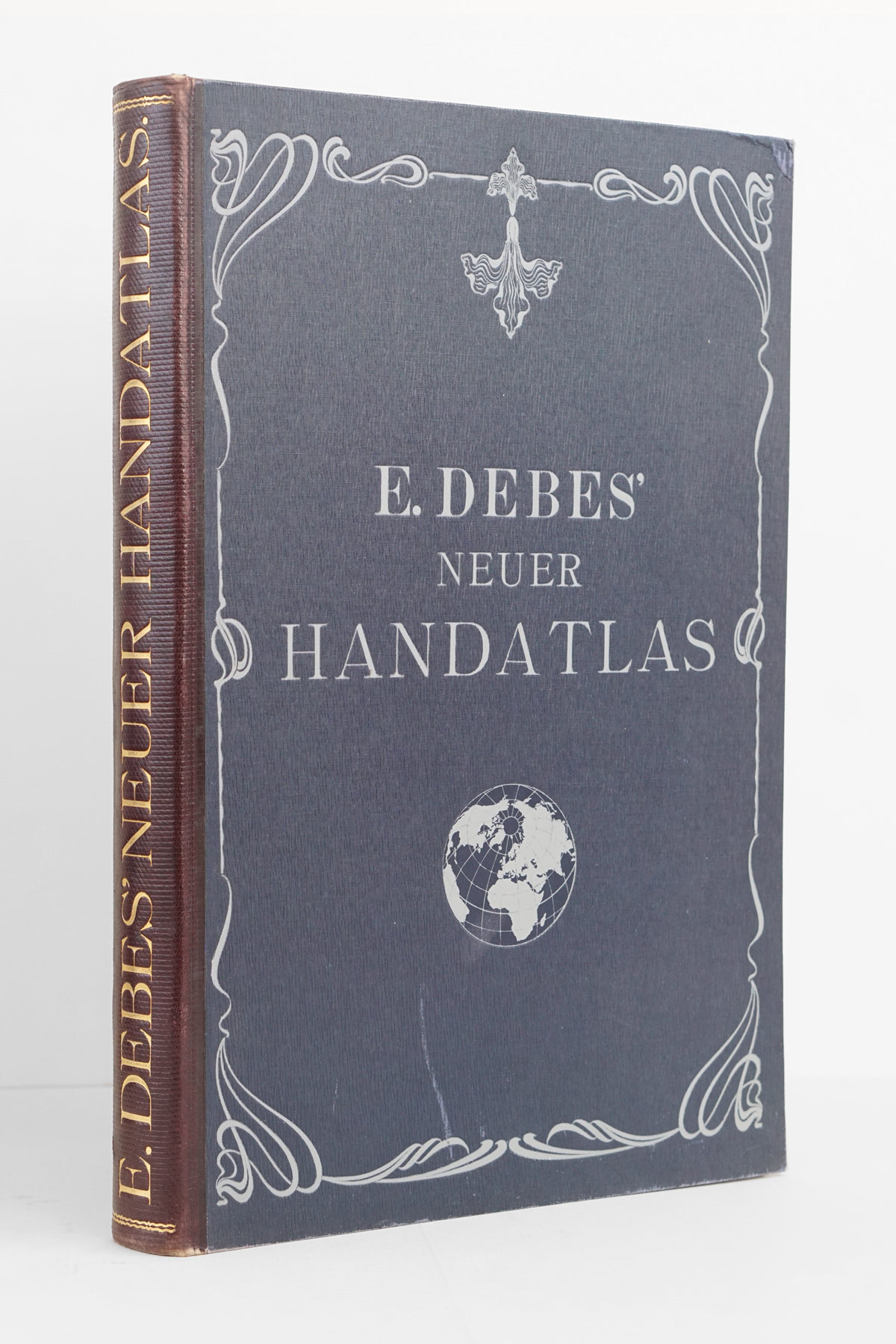 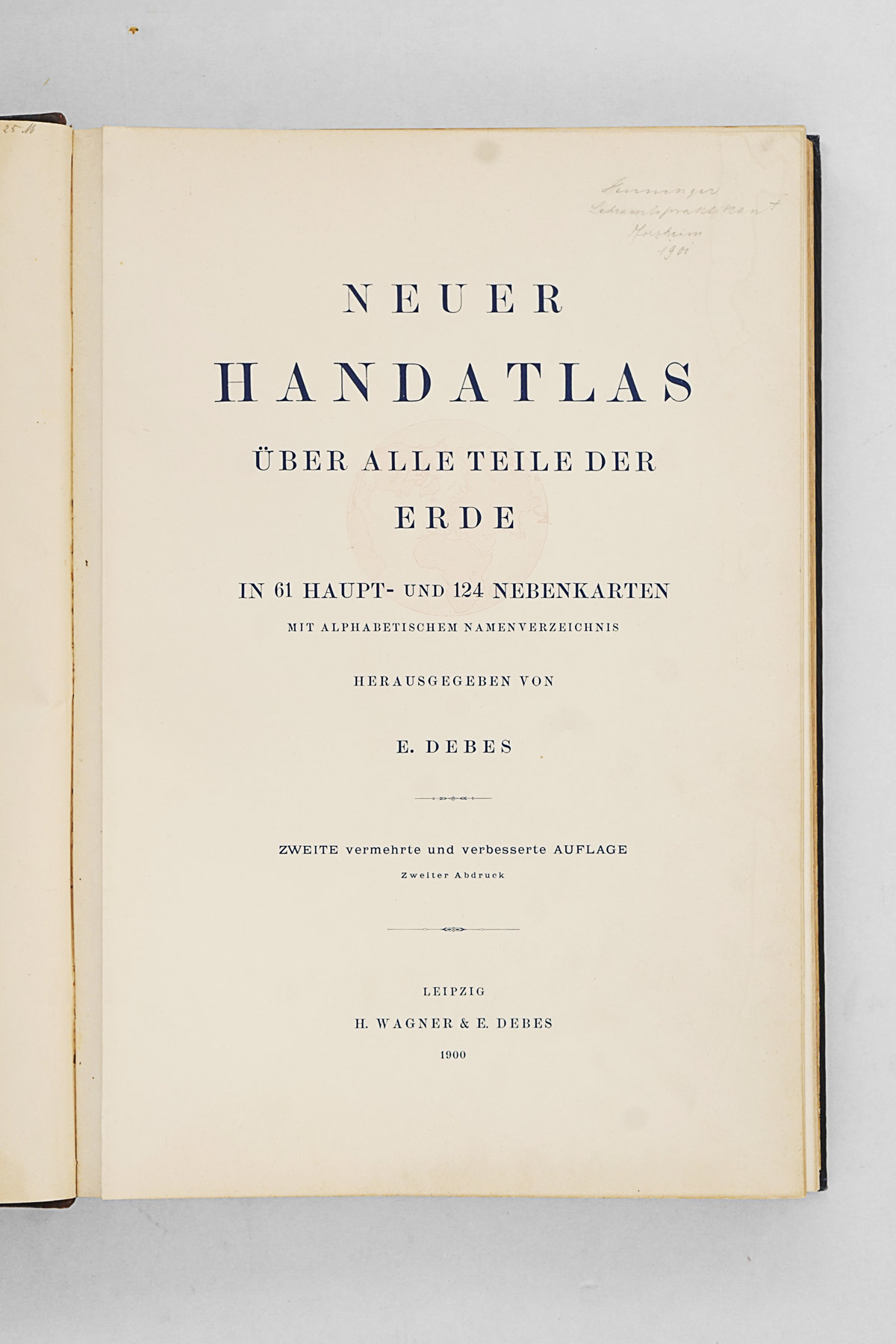 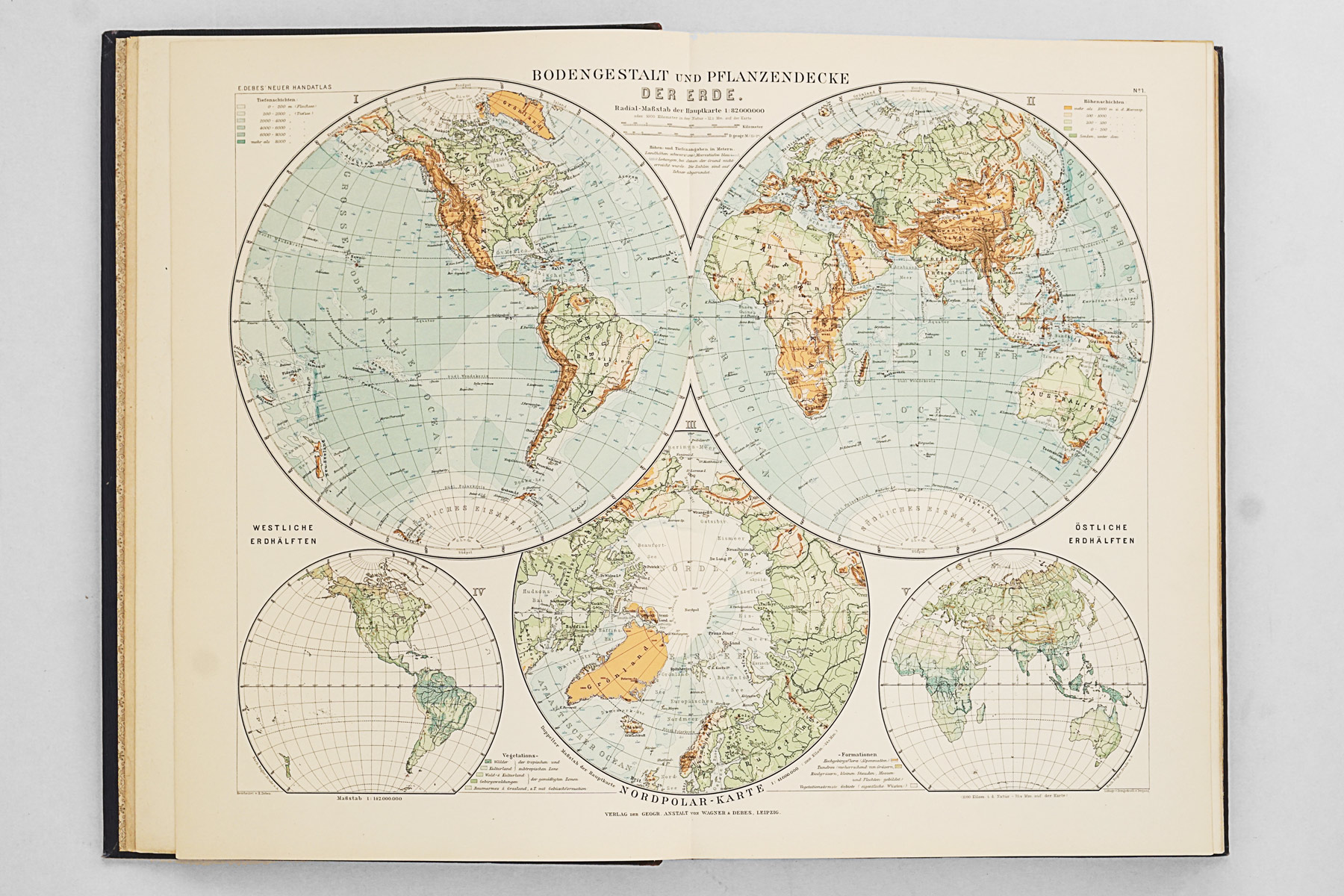 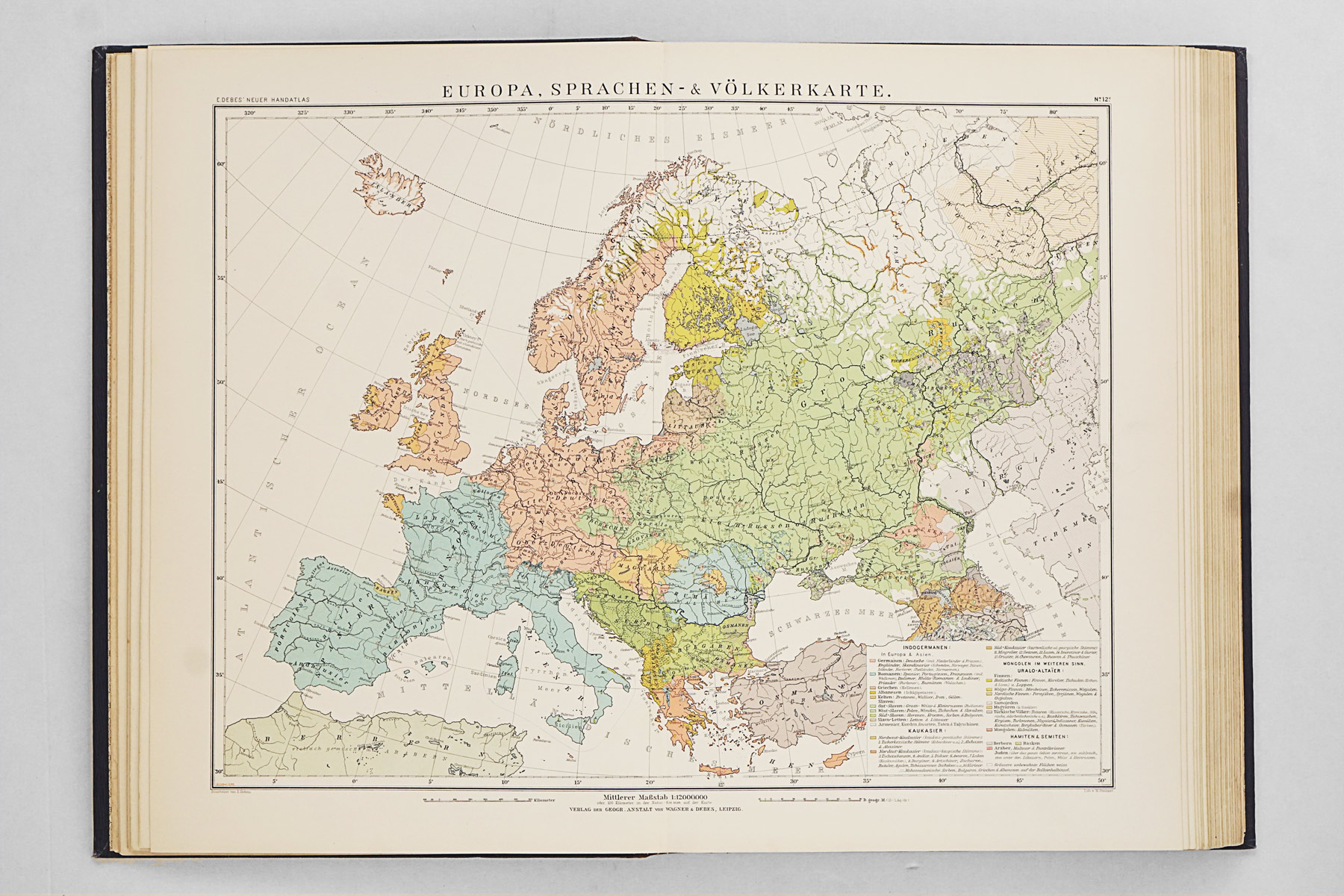 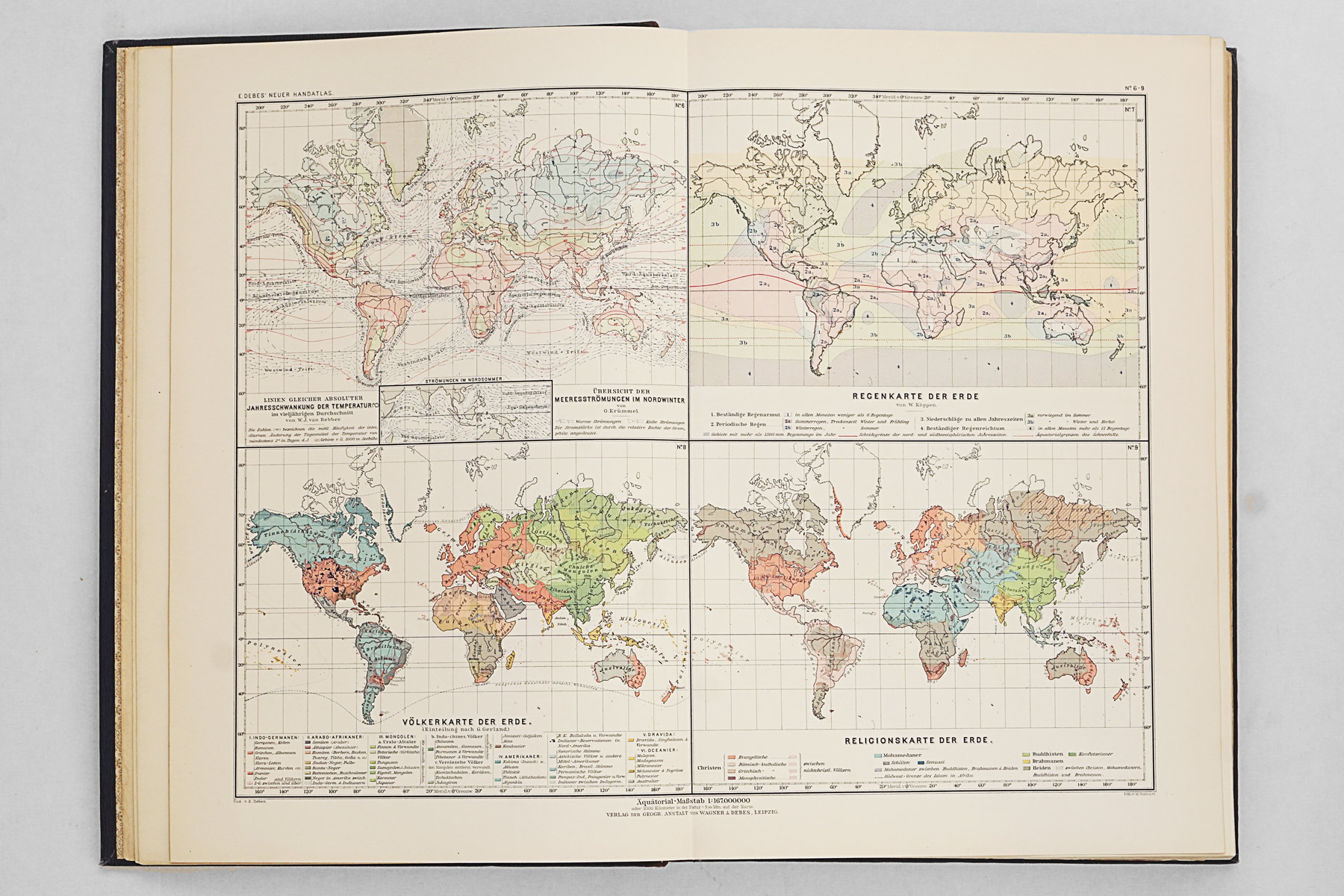 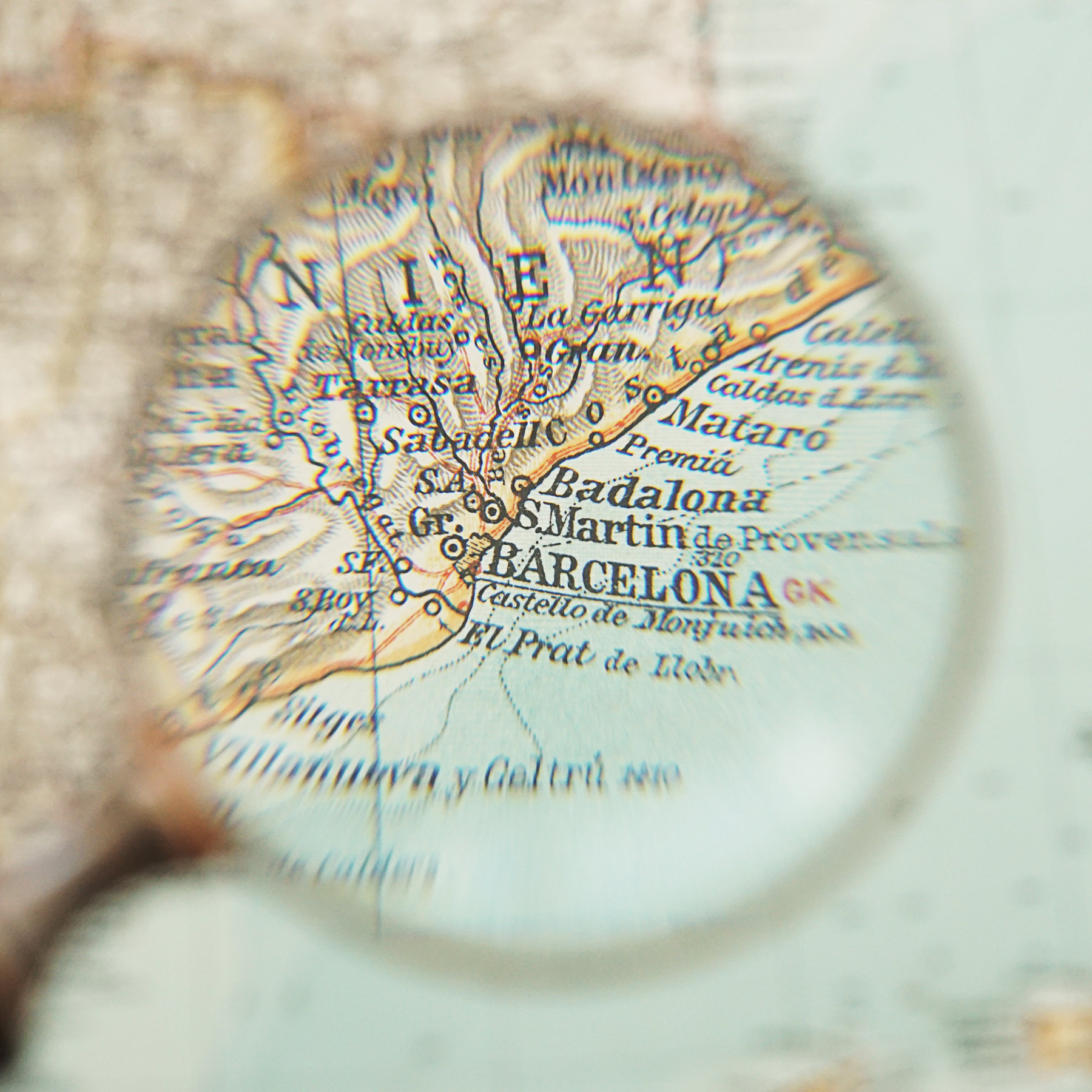 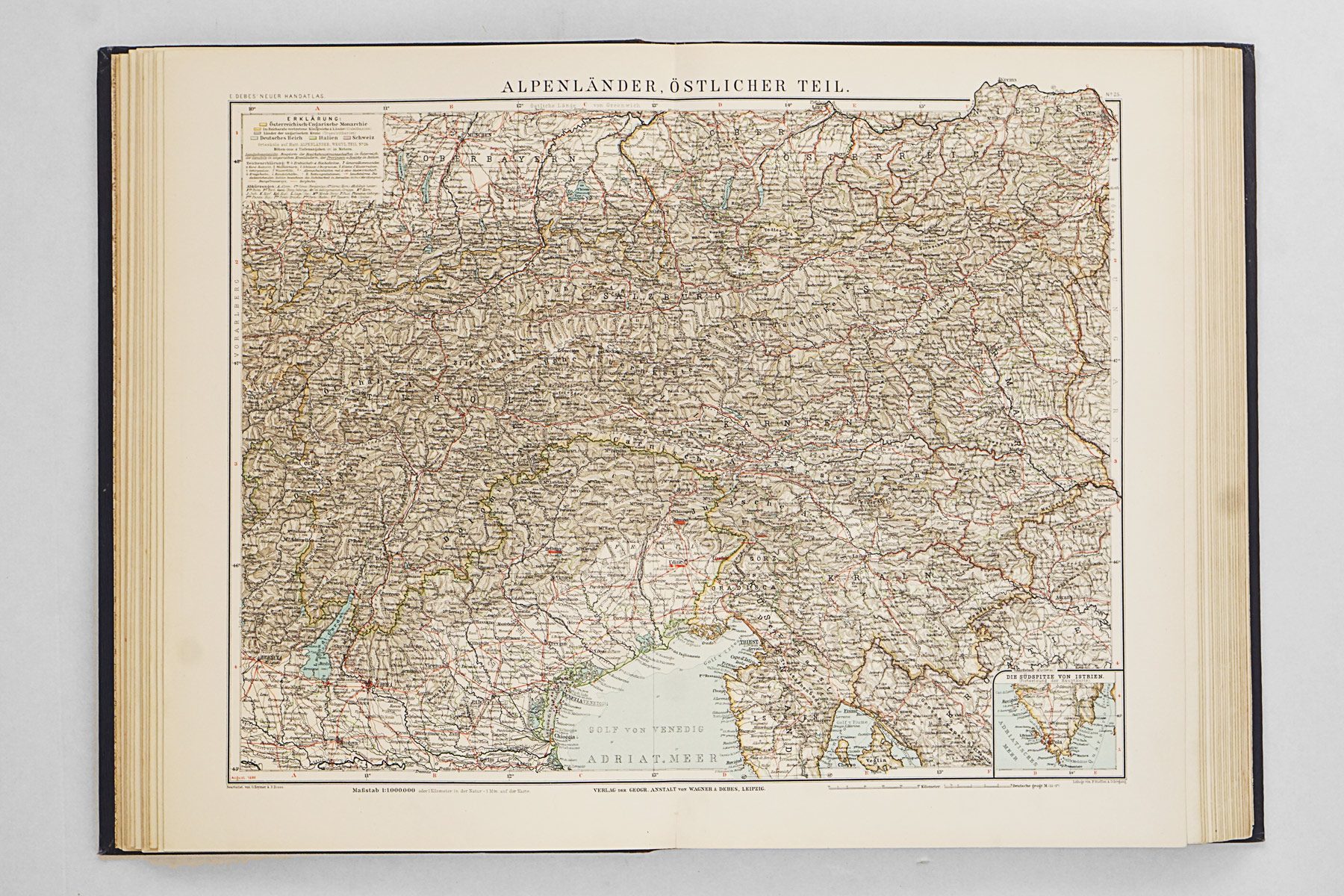 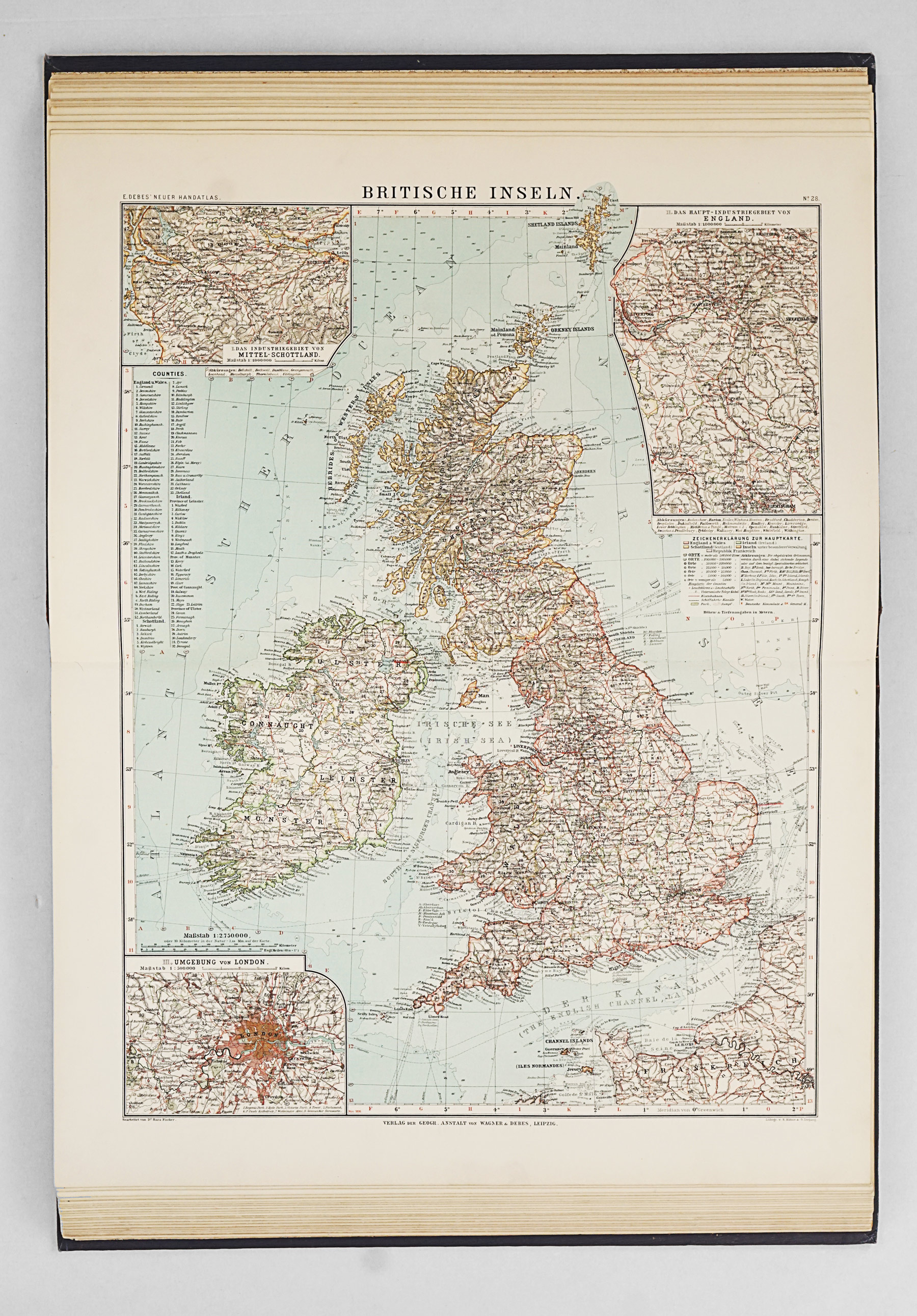 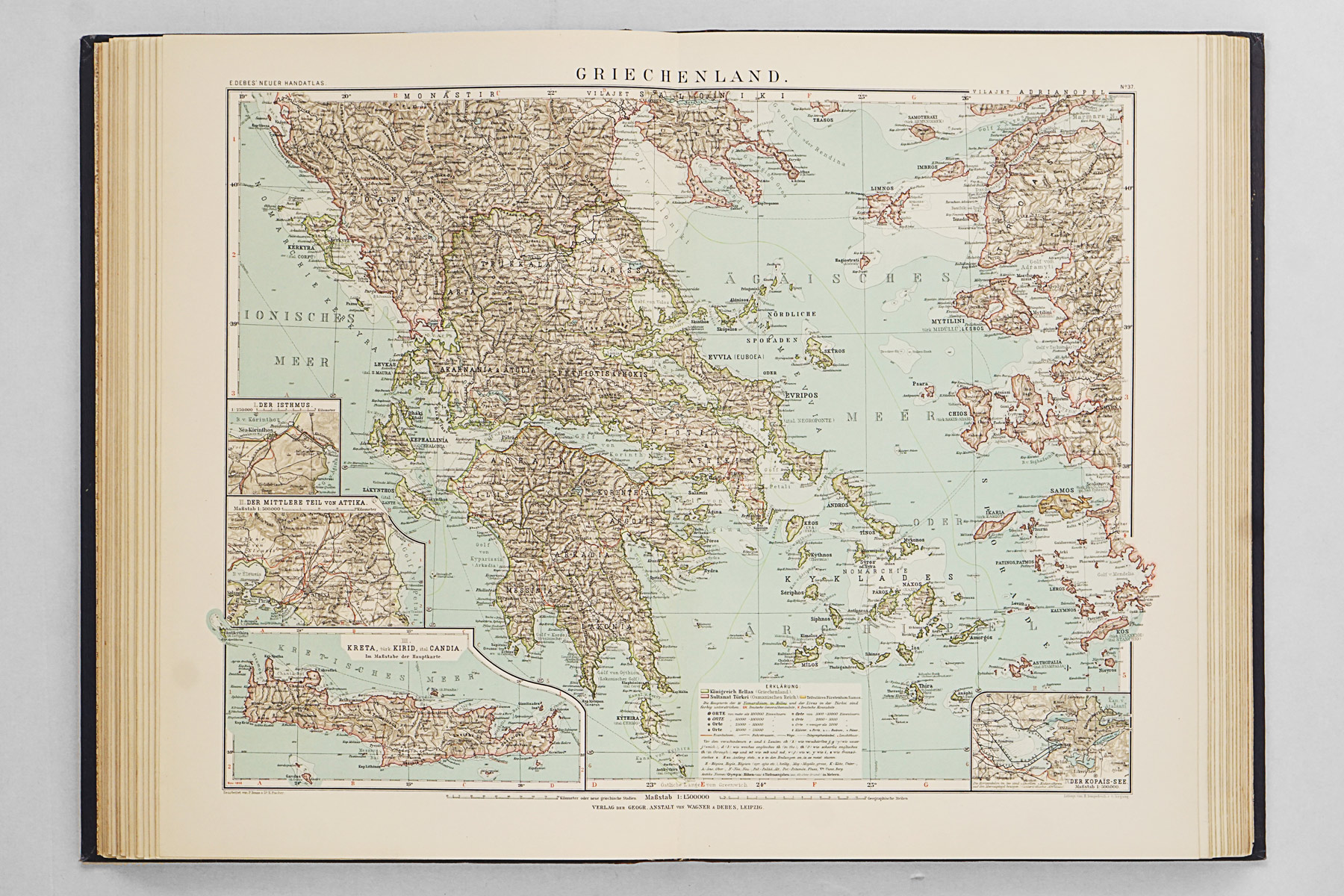 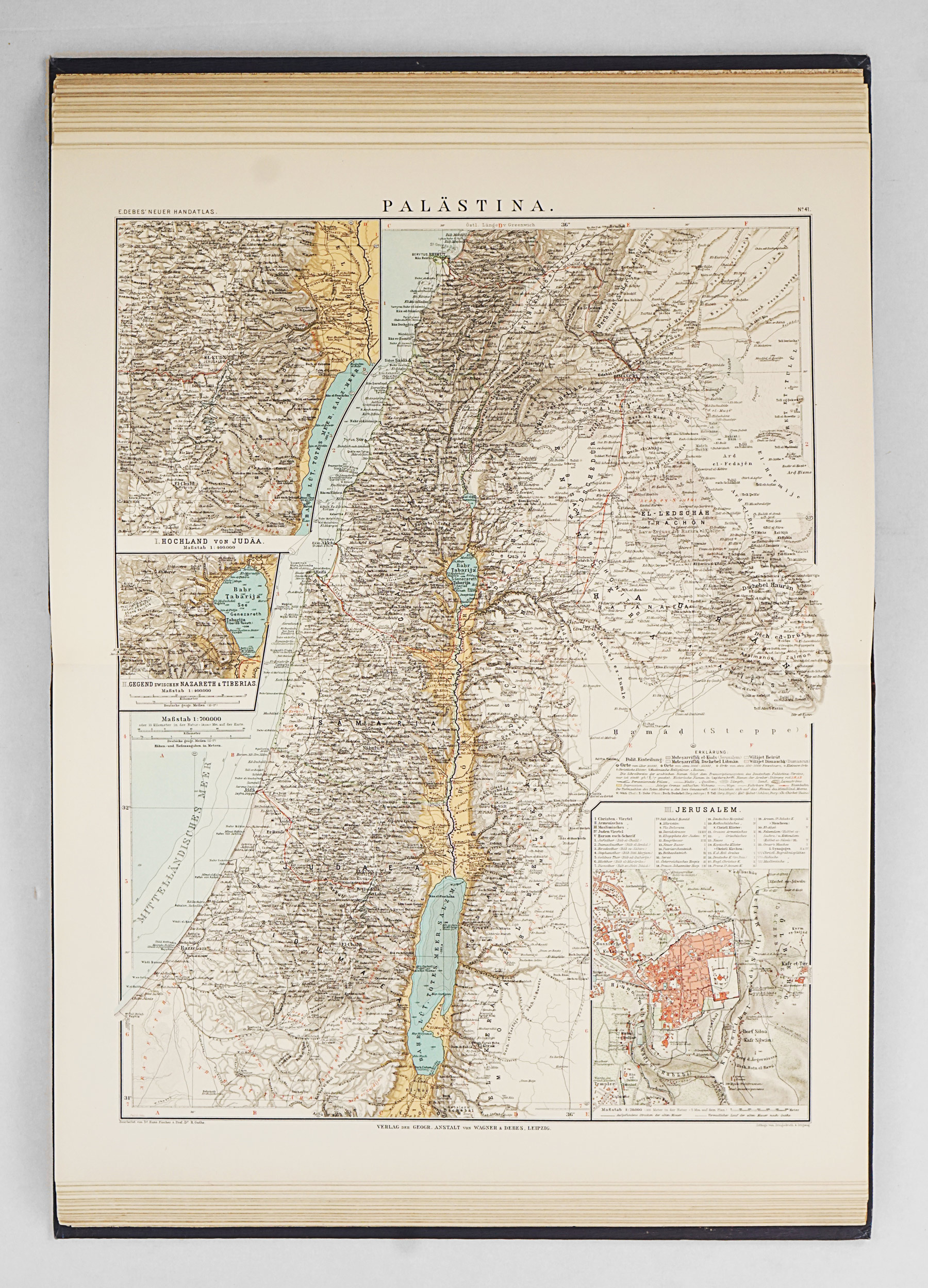 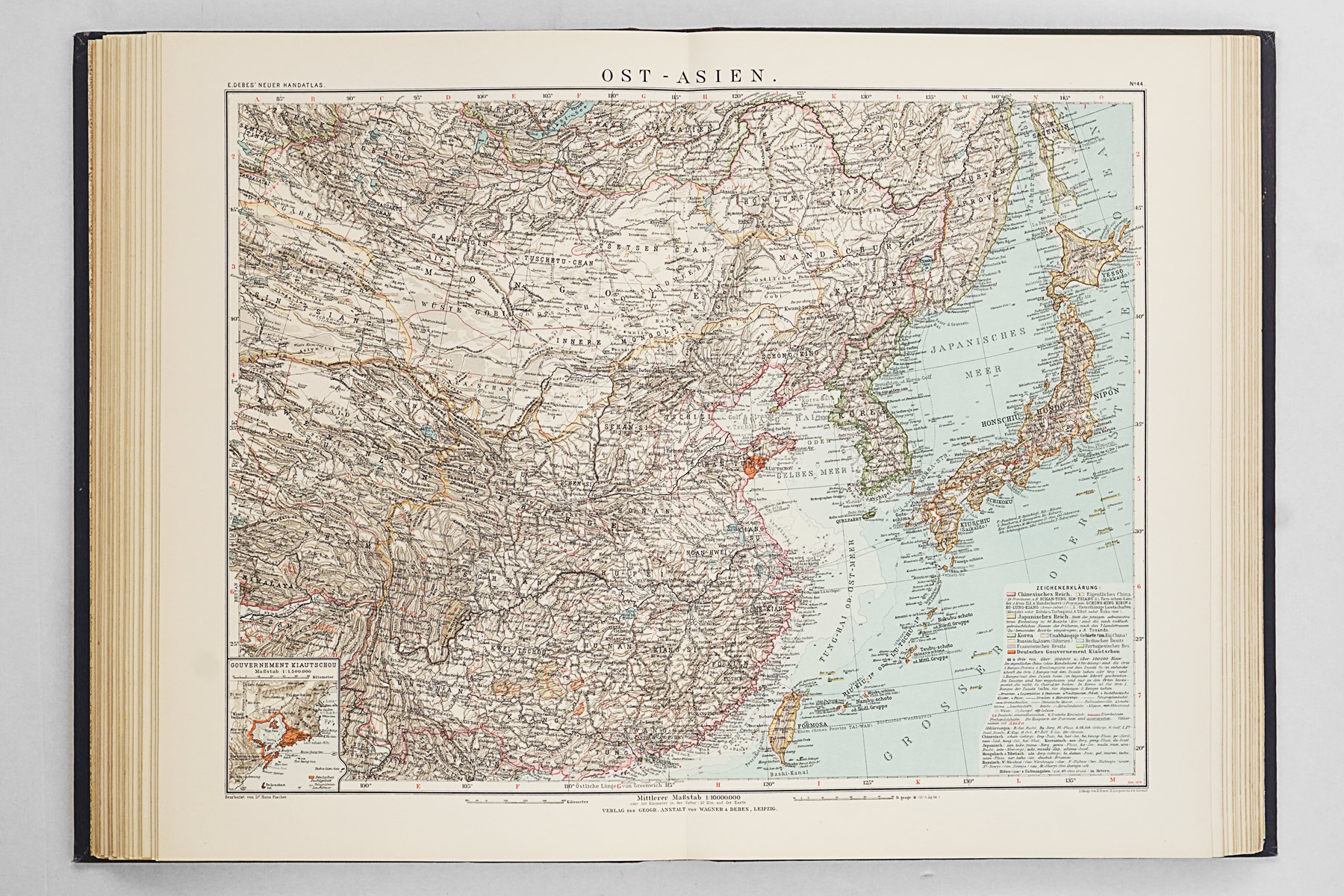 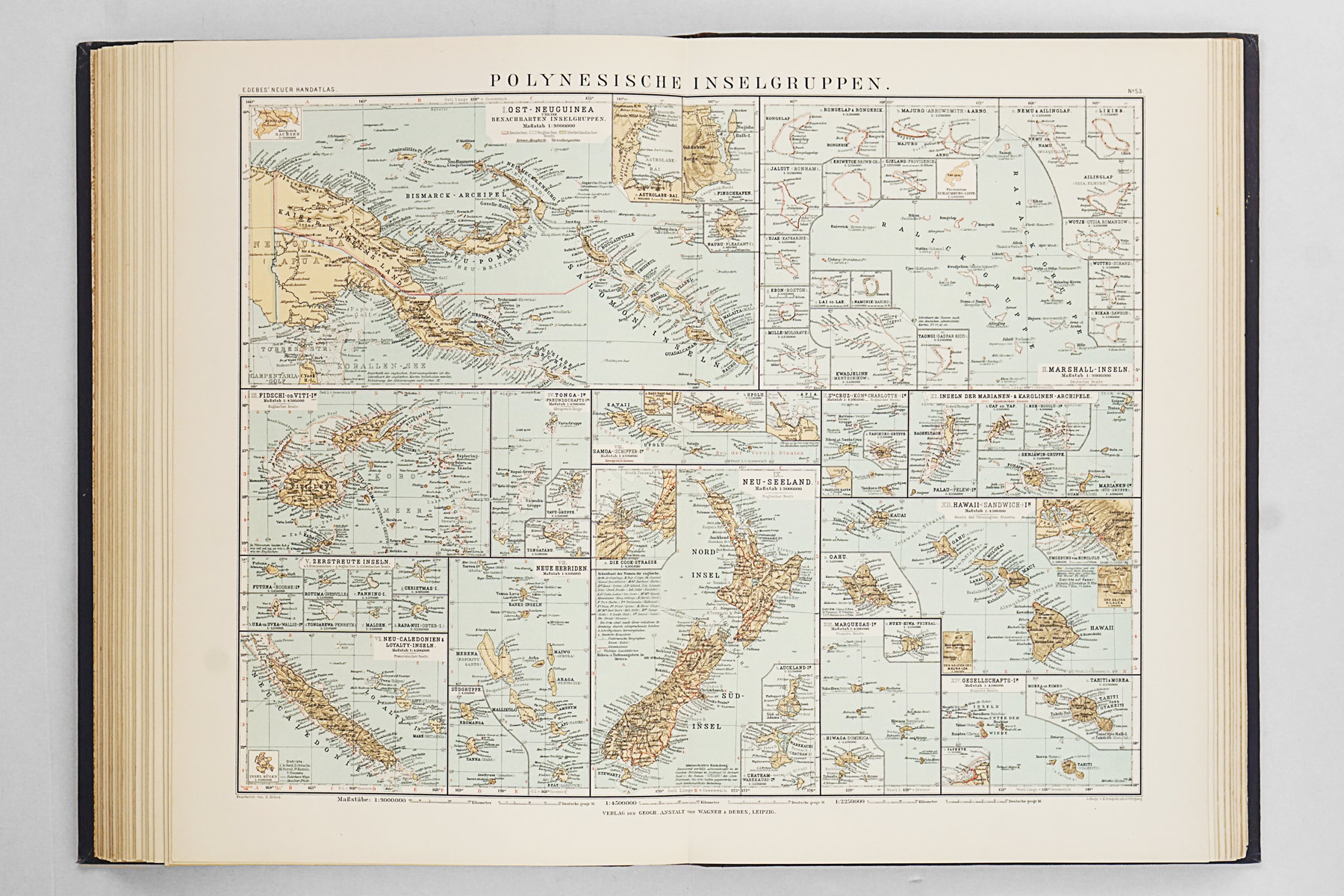 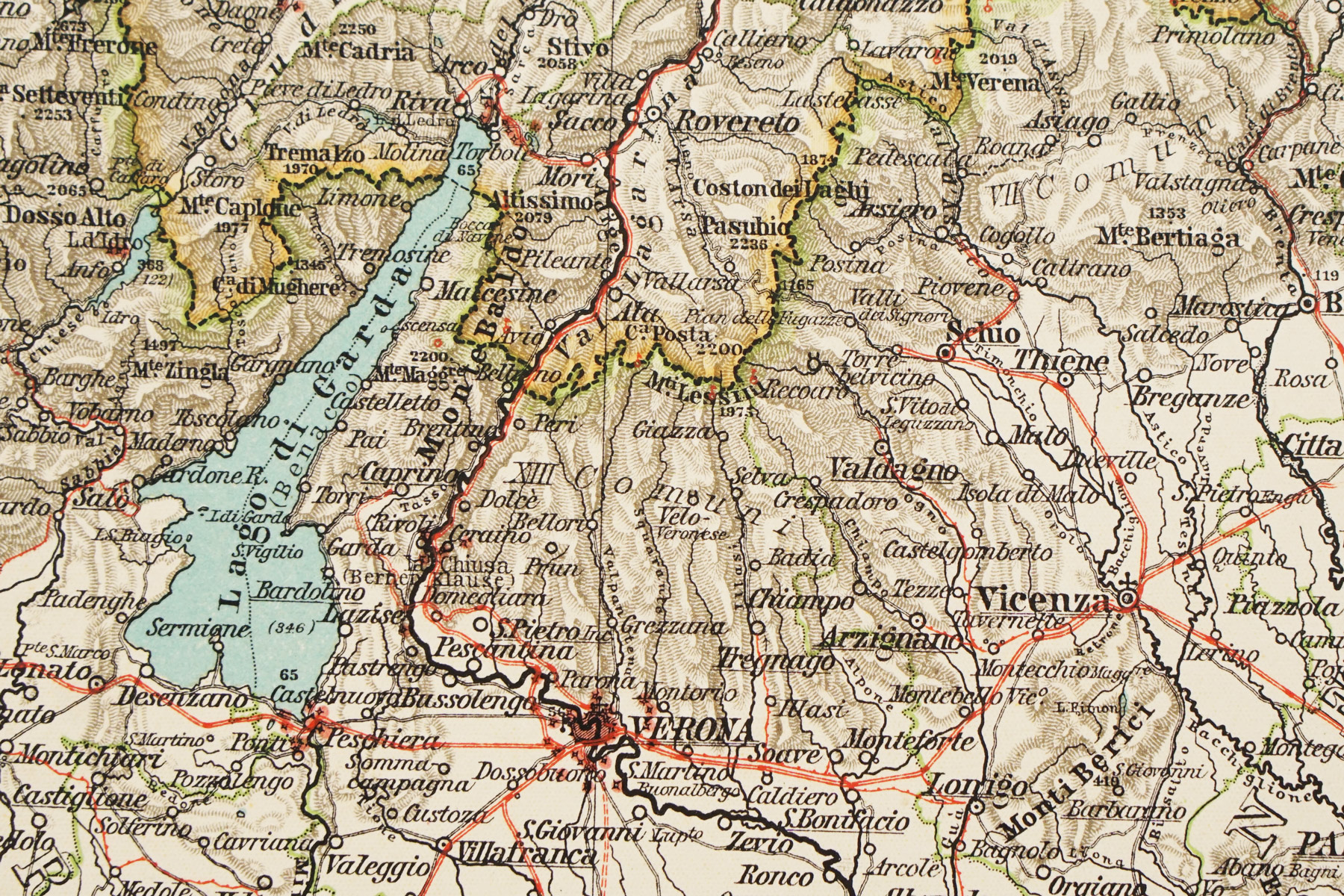 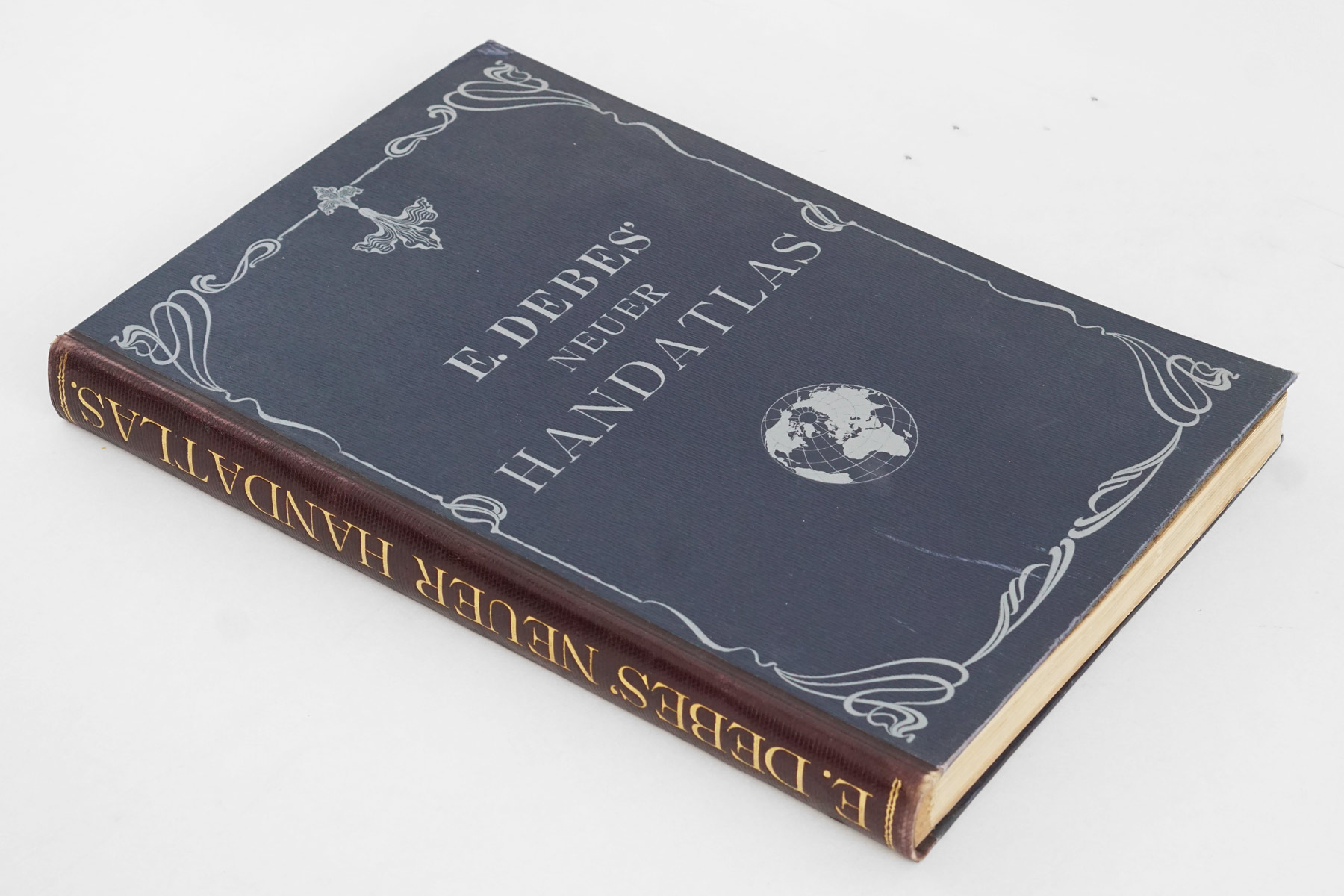 This is second and revised edition of E. Debes' Neuer Hand Atlas belonging to one of the three most popular german atlas families that were in production from the end of 19th to the first half of 20th century (Stielers, Andrees und Debes). Compared to Stielers, the atlas it is noticeably larger, although with fewer map sheets (61 compared to 100 of Stielers). On the other hand, Debes handatlas was much cheaper than Stielers and comparably expensive as Andrees Handatlas. Unlike Stielers, Debes has 12 thematic maps (weather maps, religion maps, language maps, transport maps). The world map in mercator shows telegraph lines, main railway and ship routes and also 2 interesting "Around the world" routes - one using only ship routes (84 days) and one combining ships and trains (64 days).

The cartographic quality is comparable to other families although Stielers seems to be still the best, mainly due to more dynamic and realistic depiction of terrain. The diversity of information in general maps is higher than in Andrees and often comparable to Stielers. Although due to the lower number of maps Debes cannot compete in the level of detail, it has many side maps that focus on the most important areas. One of the information that Debes shows in almost all non-European topographical maps (that others don't) are names of local ethnic groups and Austrias consulates around the world, both marked in red colour.

Excellent. Very light scrubbing on the bottom and top of the spine. Internally very clean and solid, with sporadic underlines of places confined to few pages.