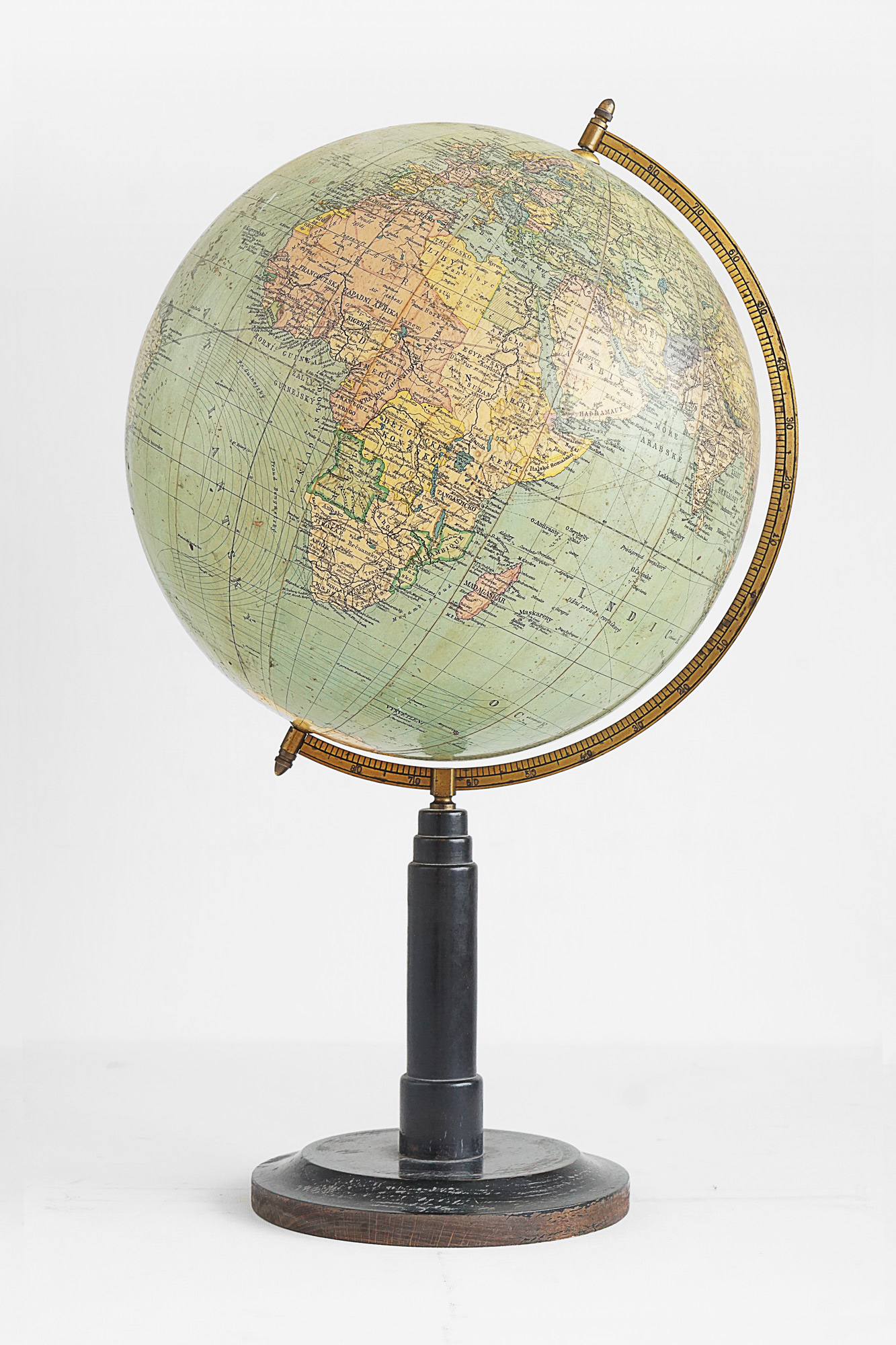 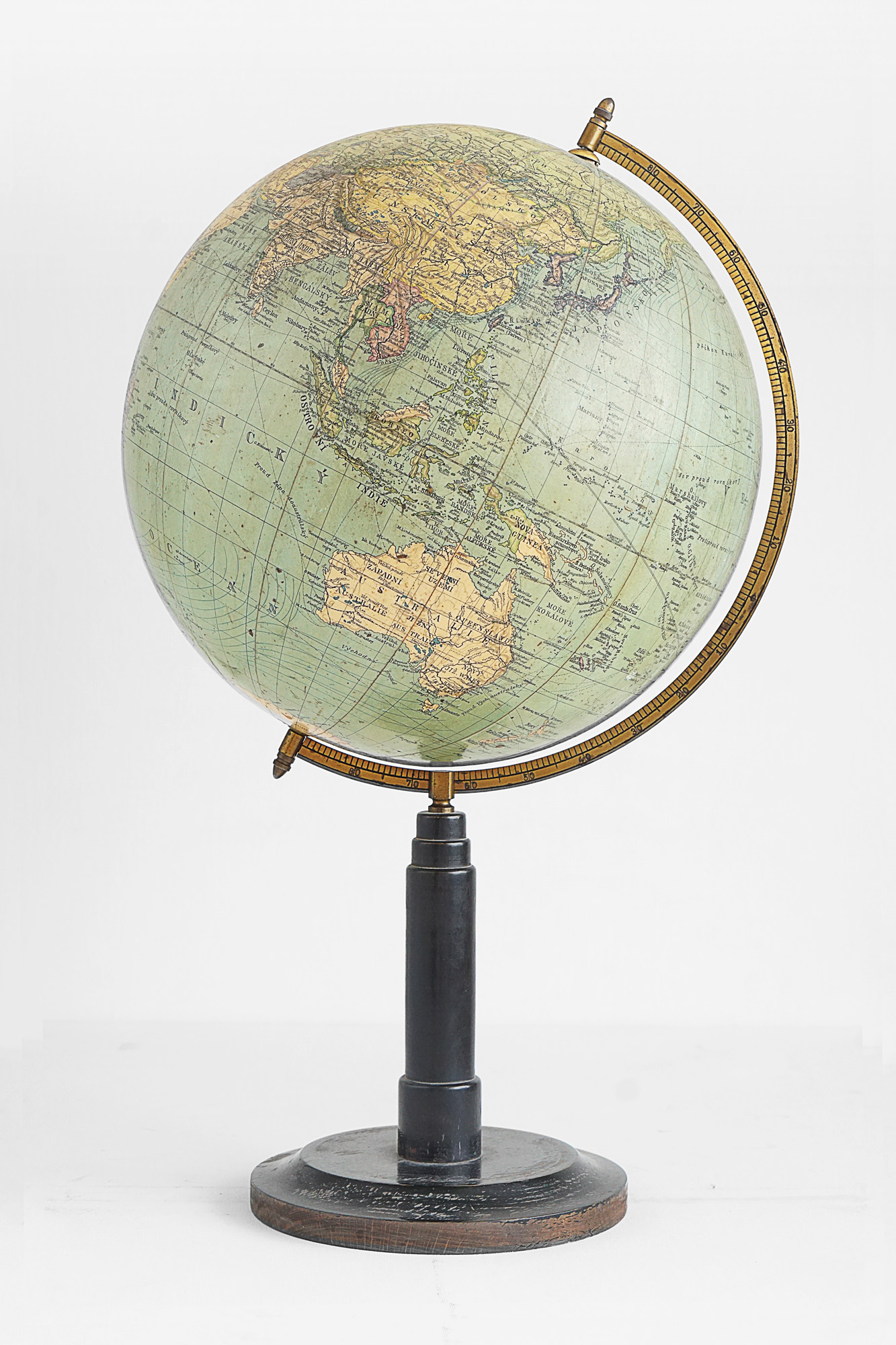 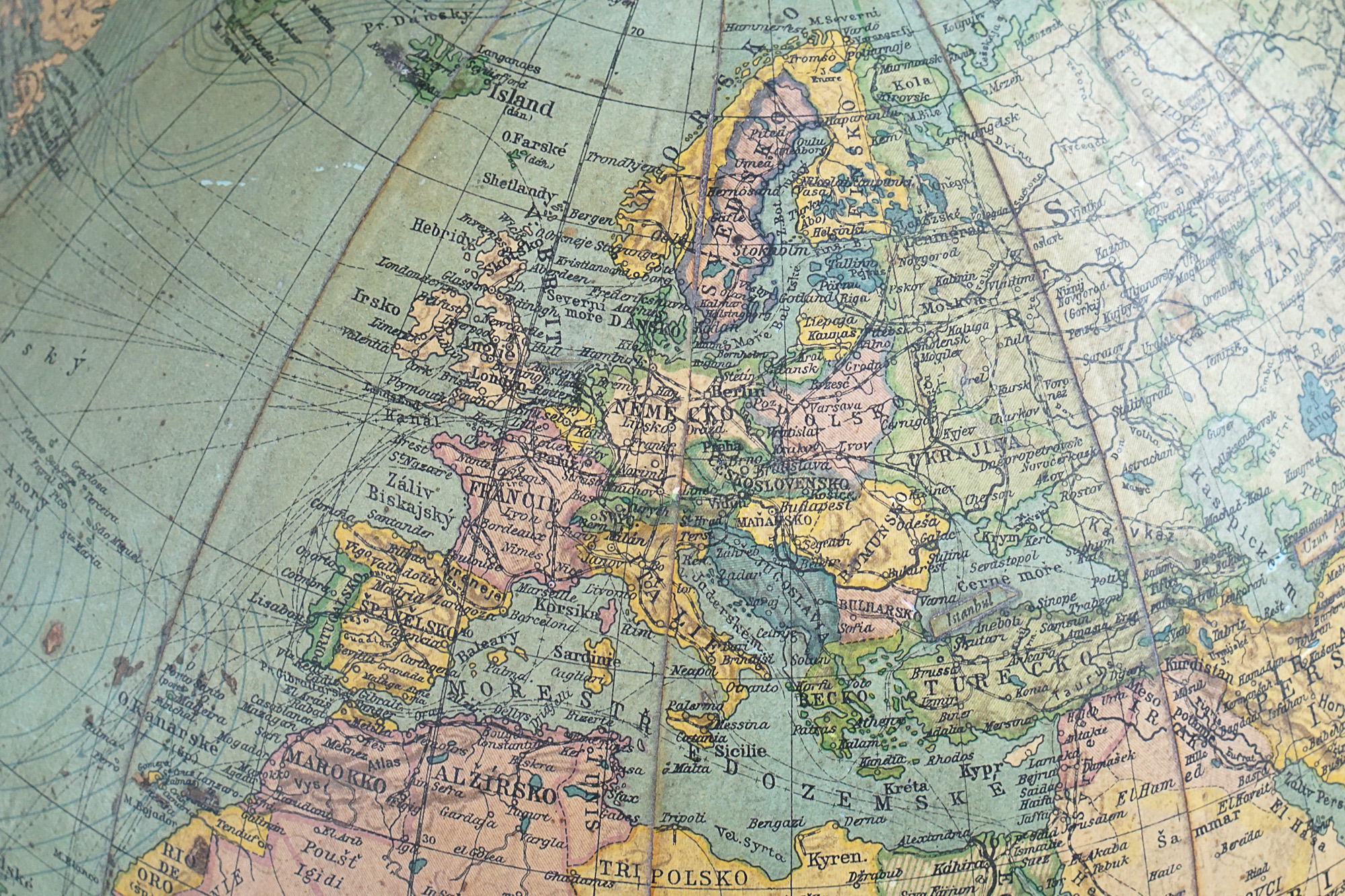 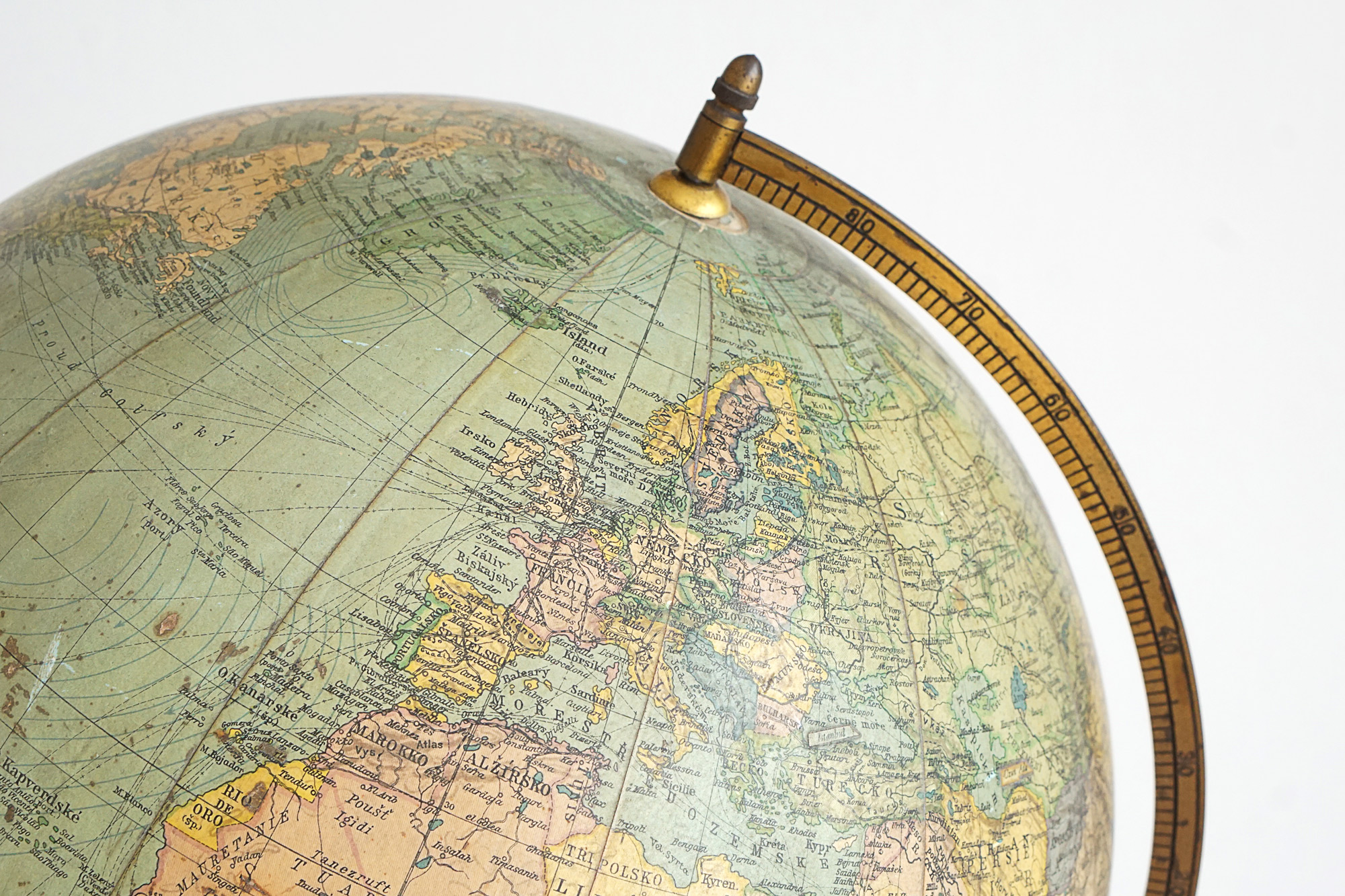 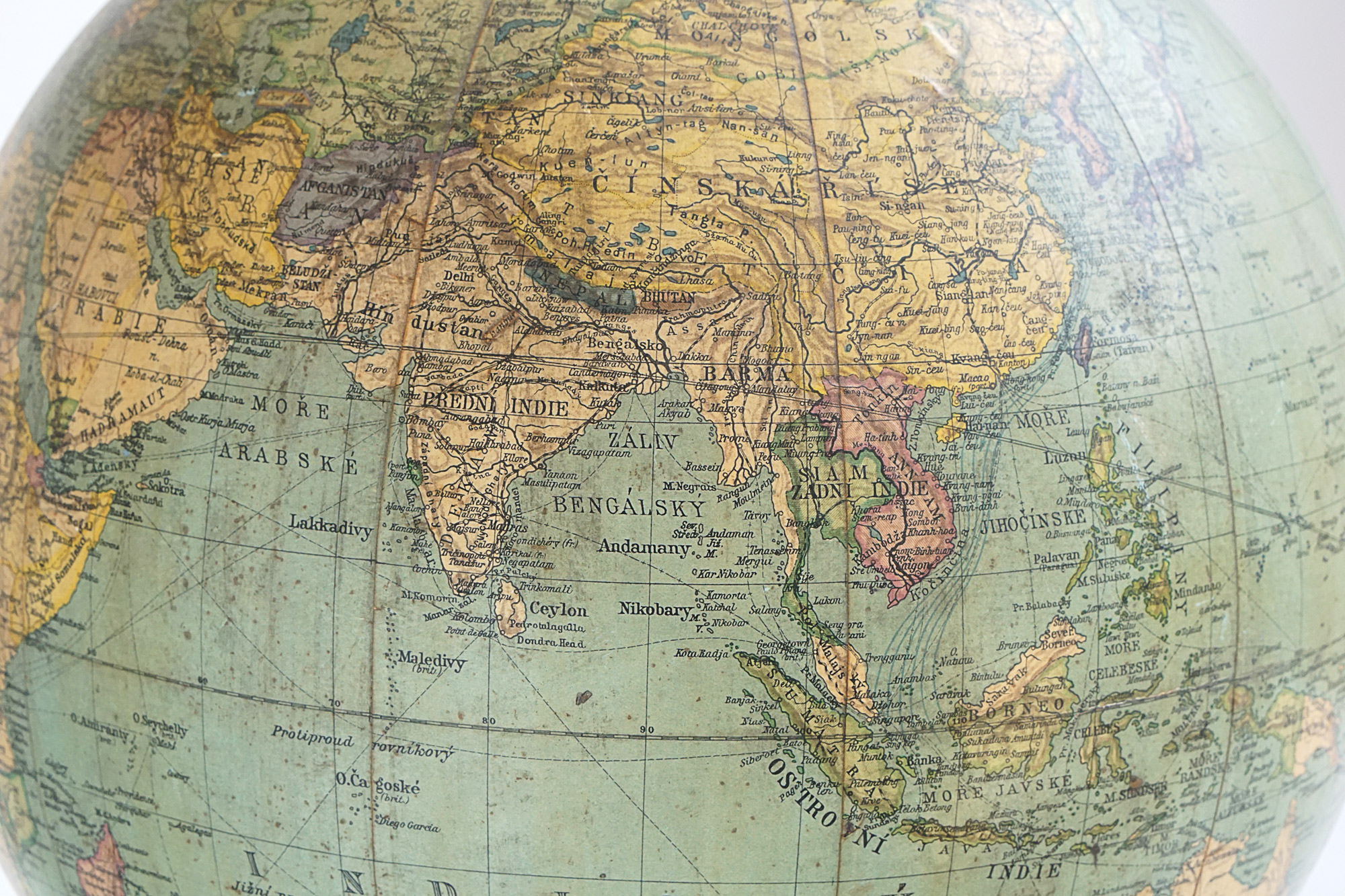 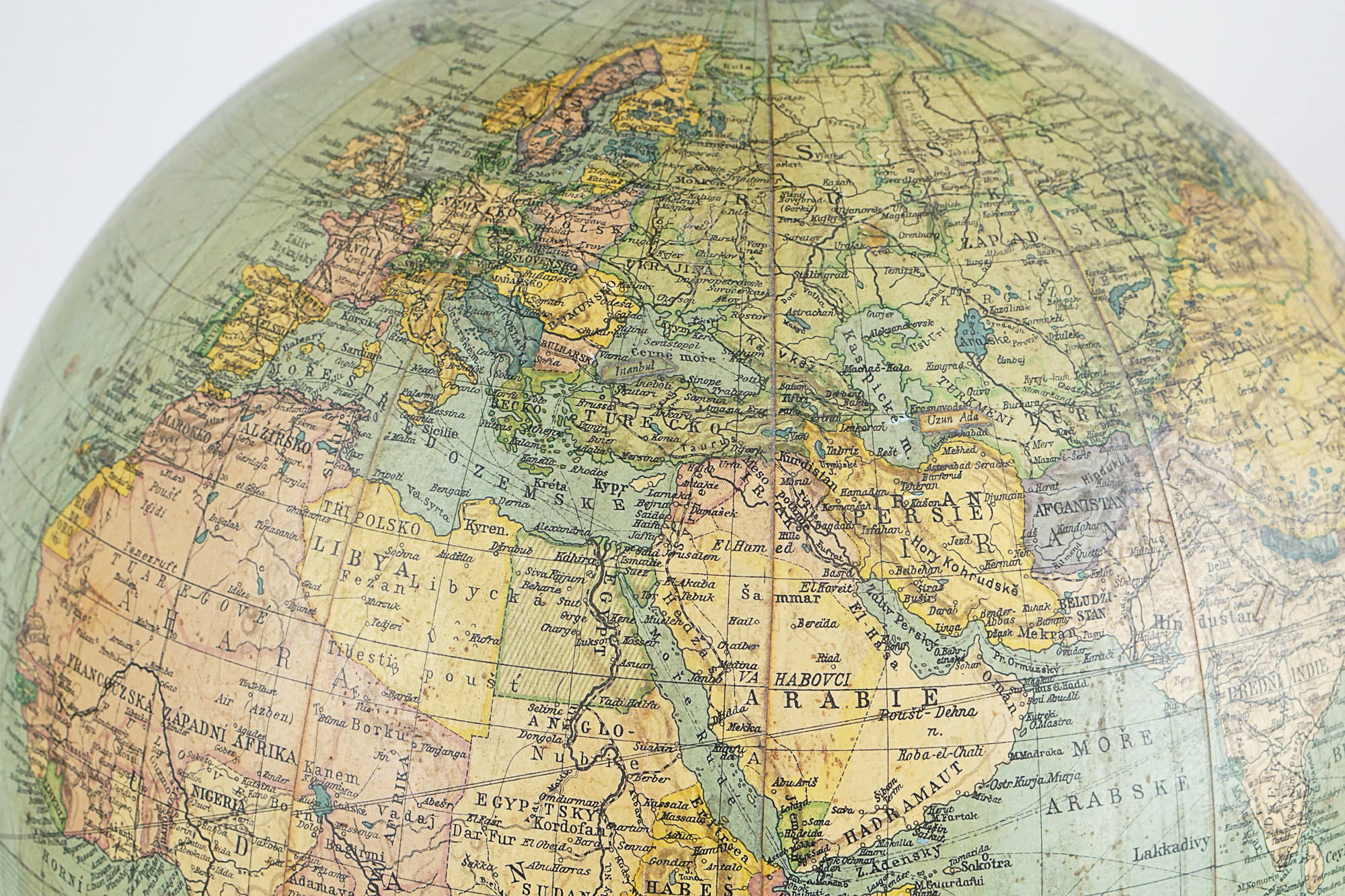 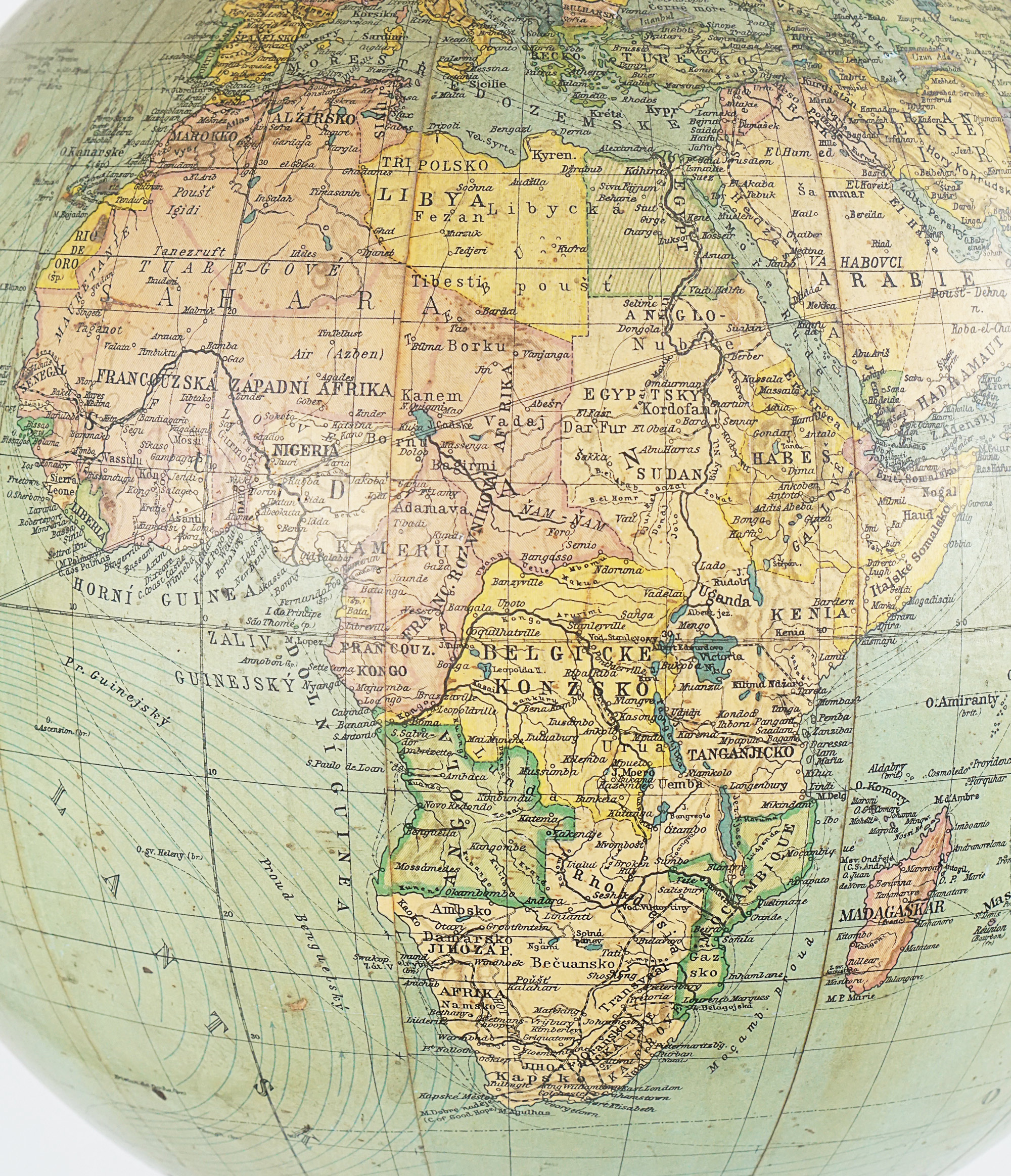 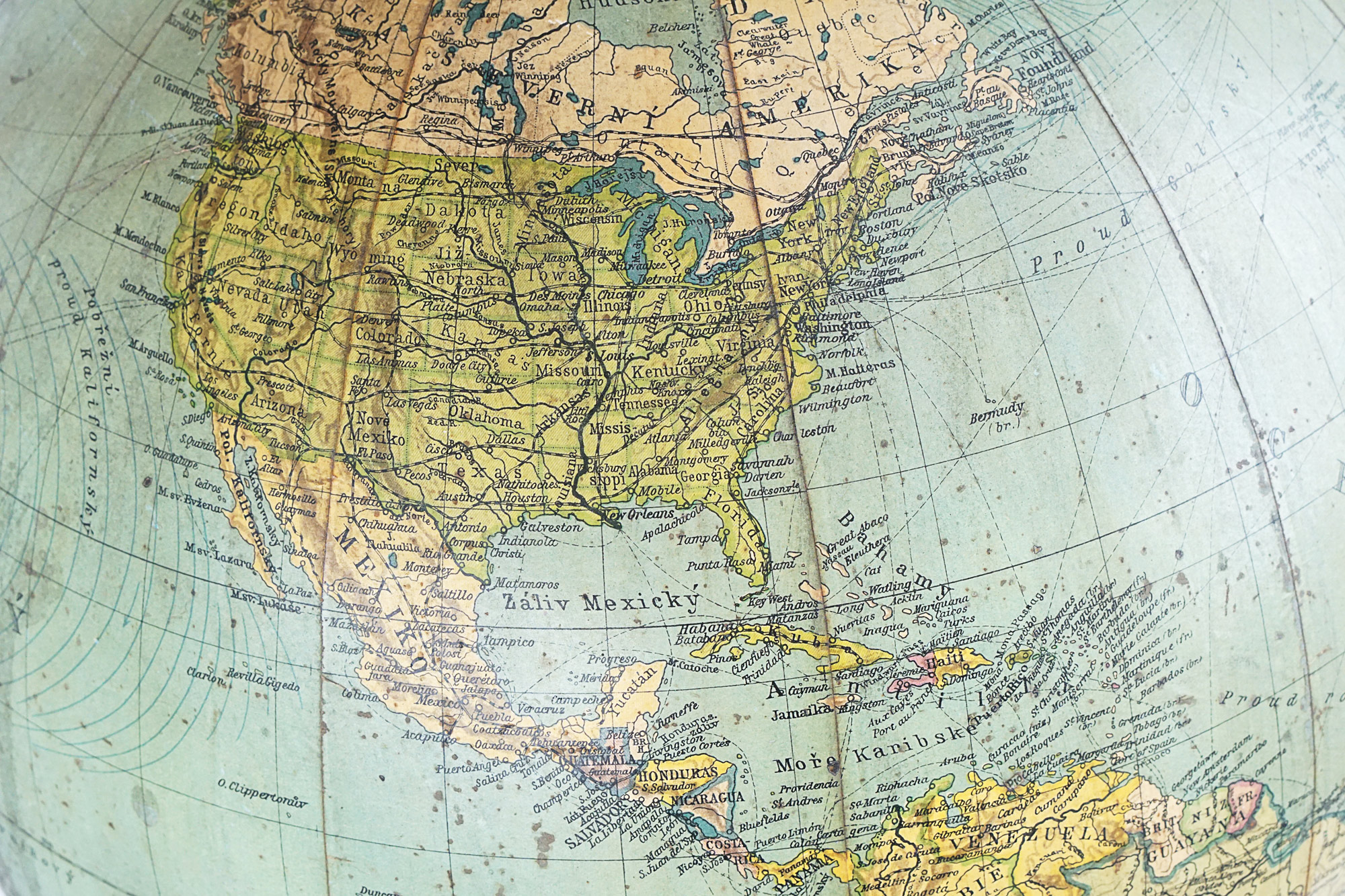 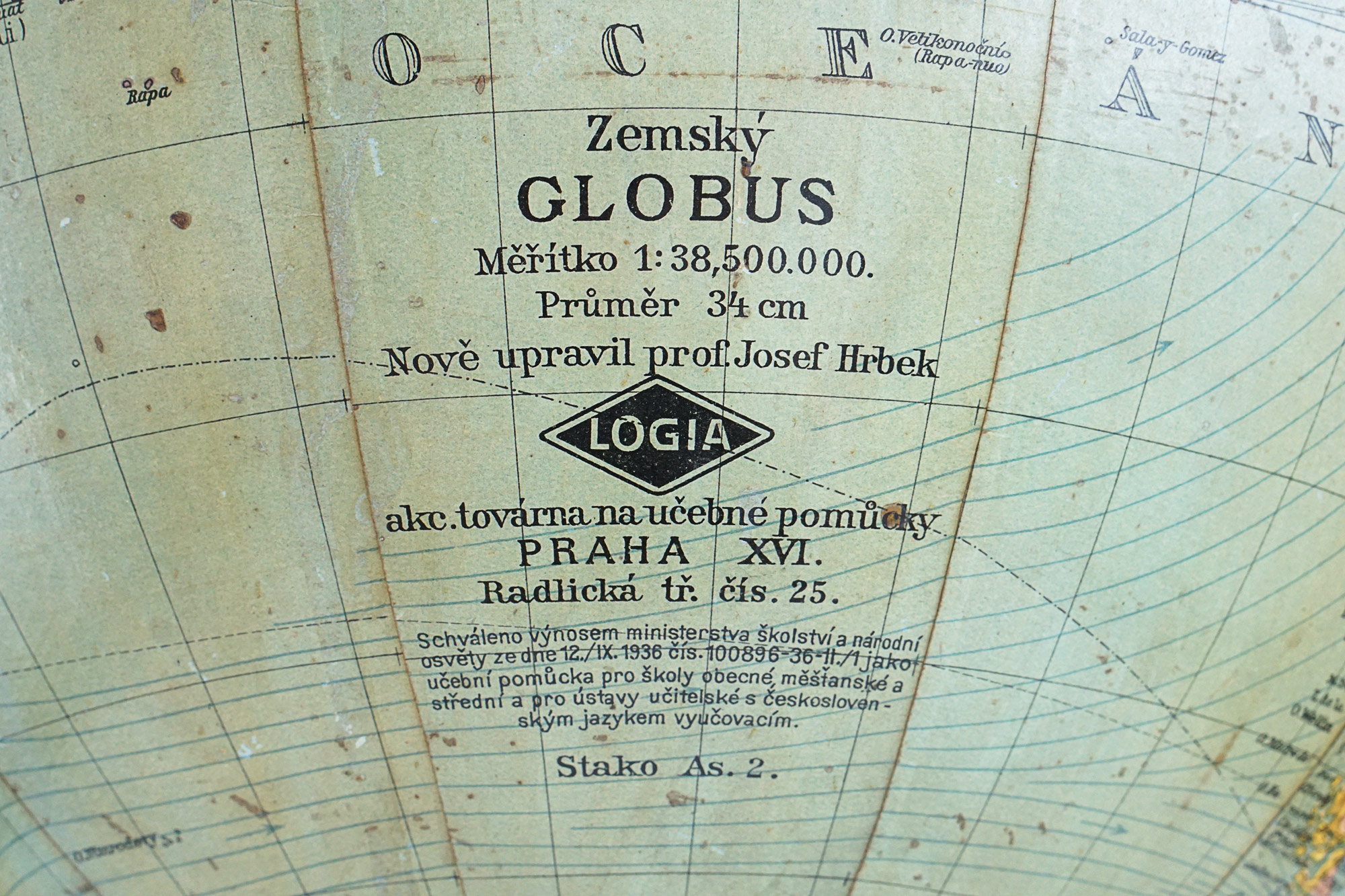 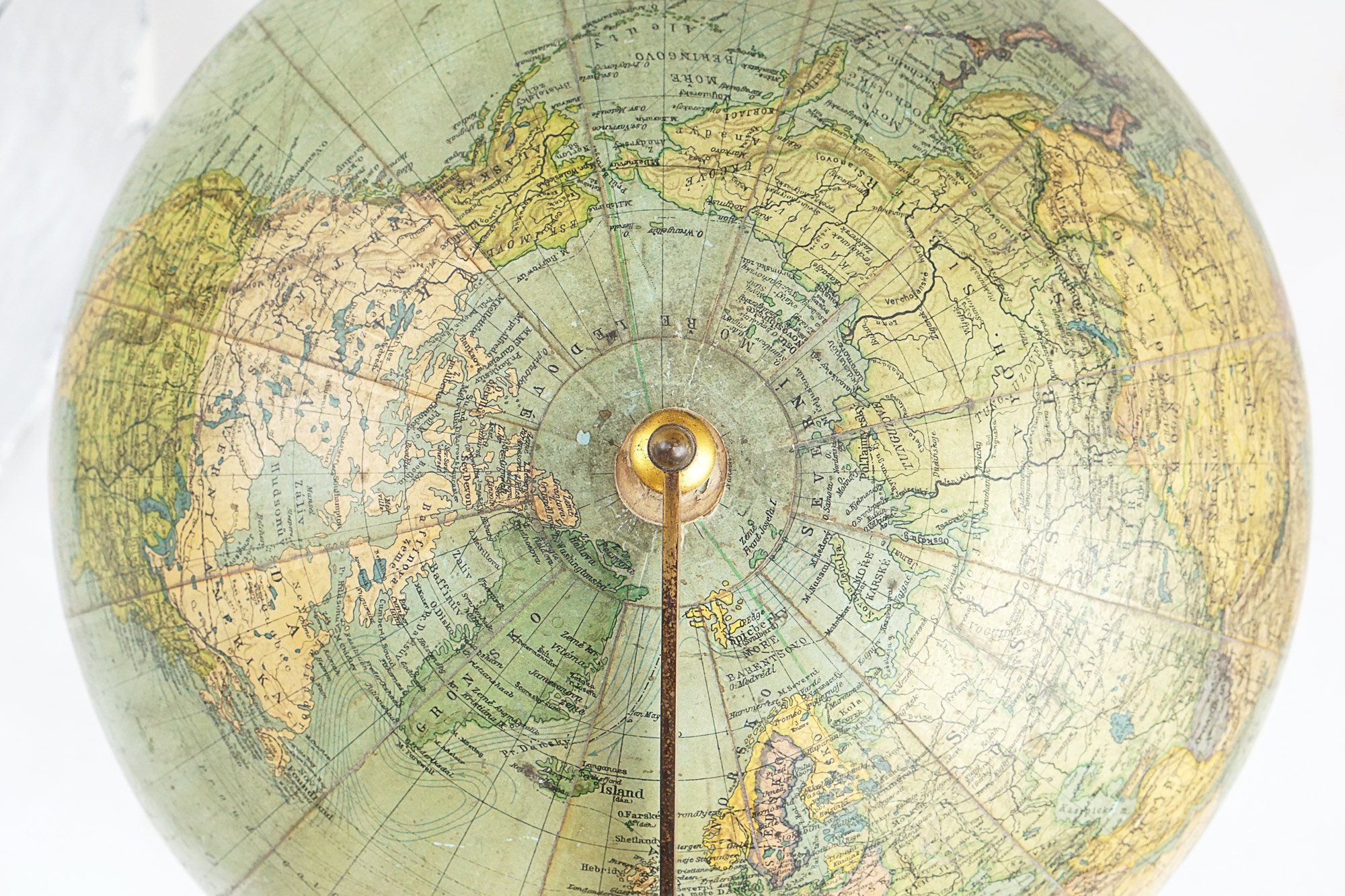 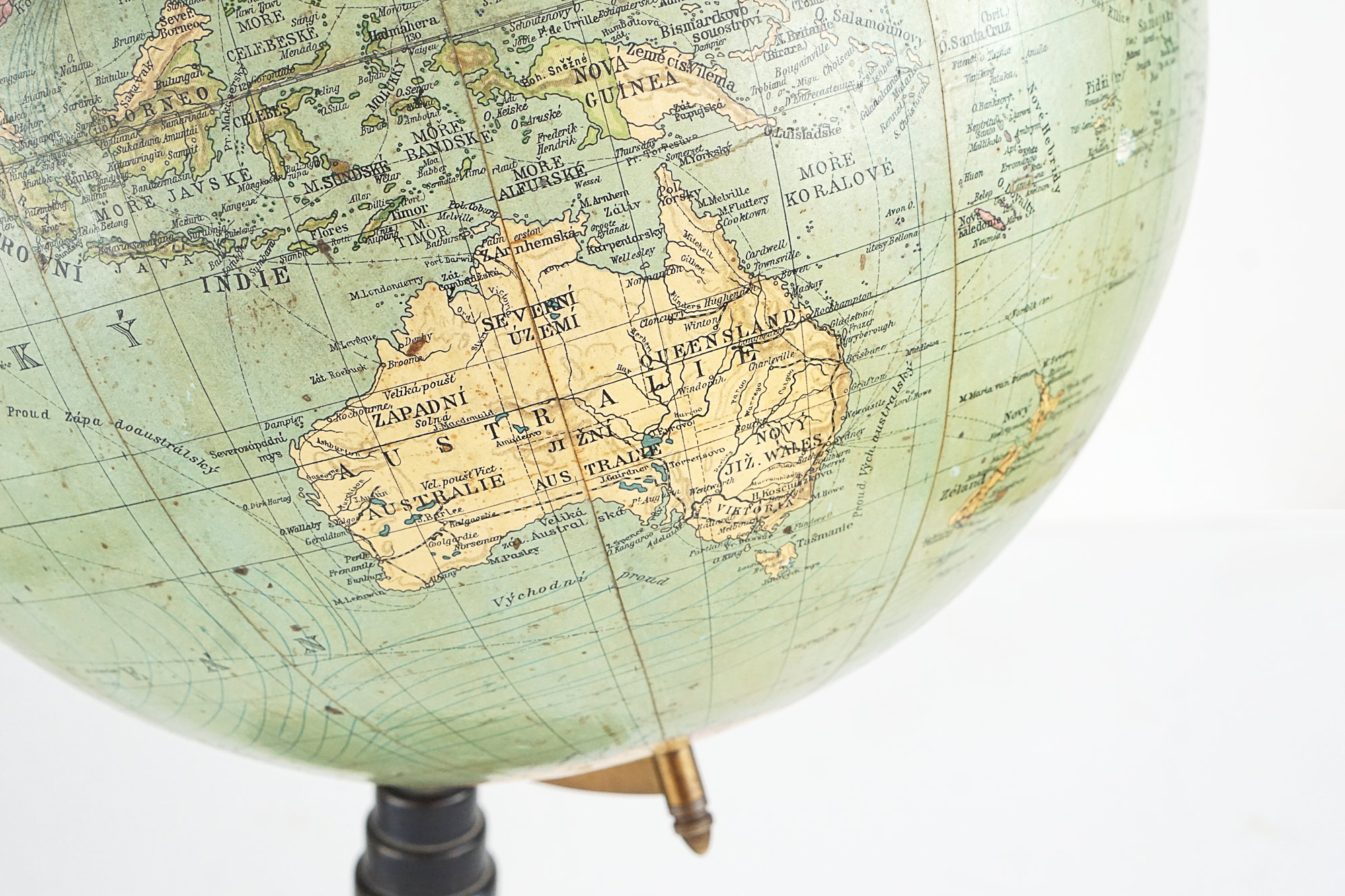 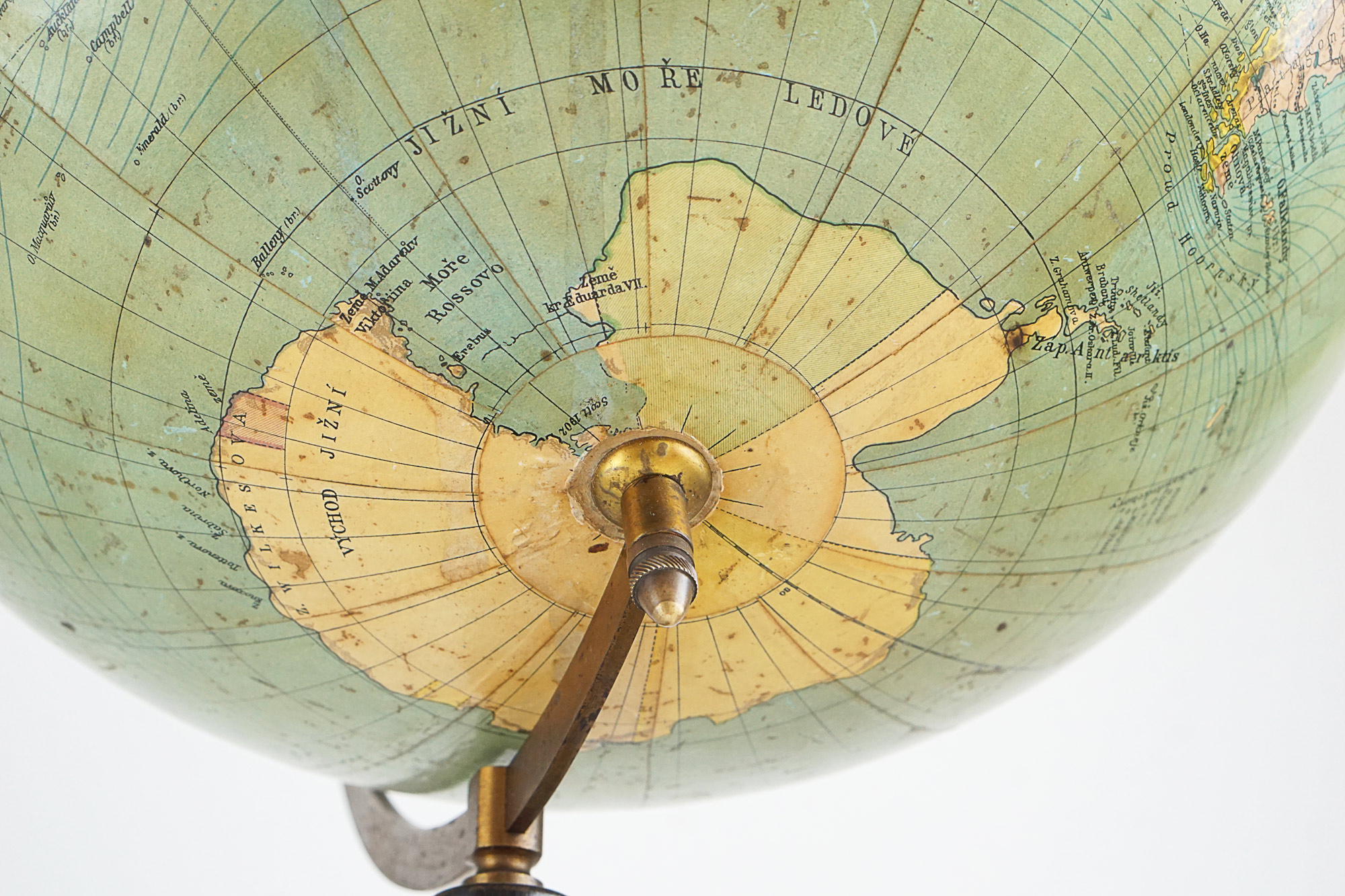 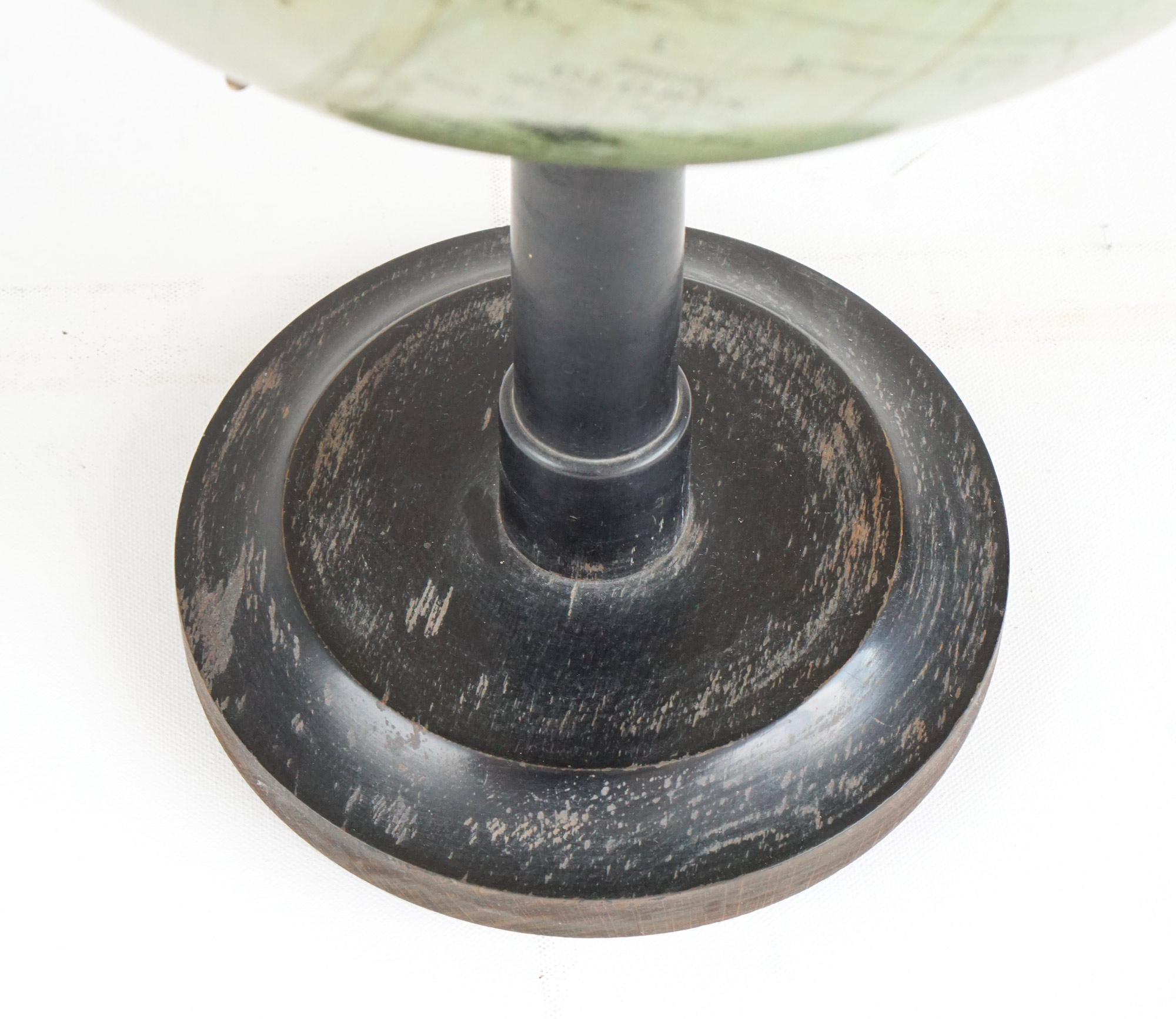 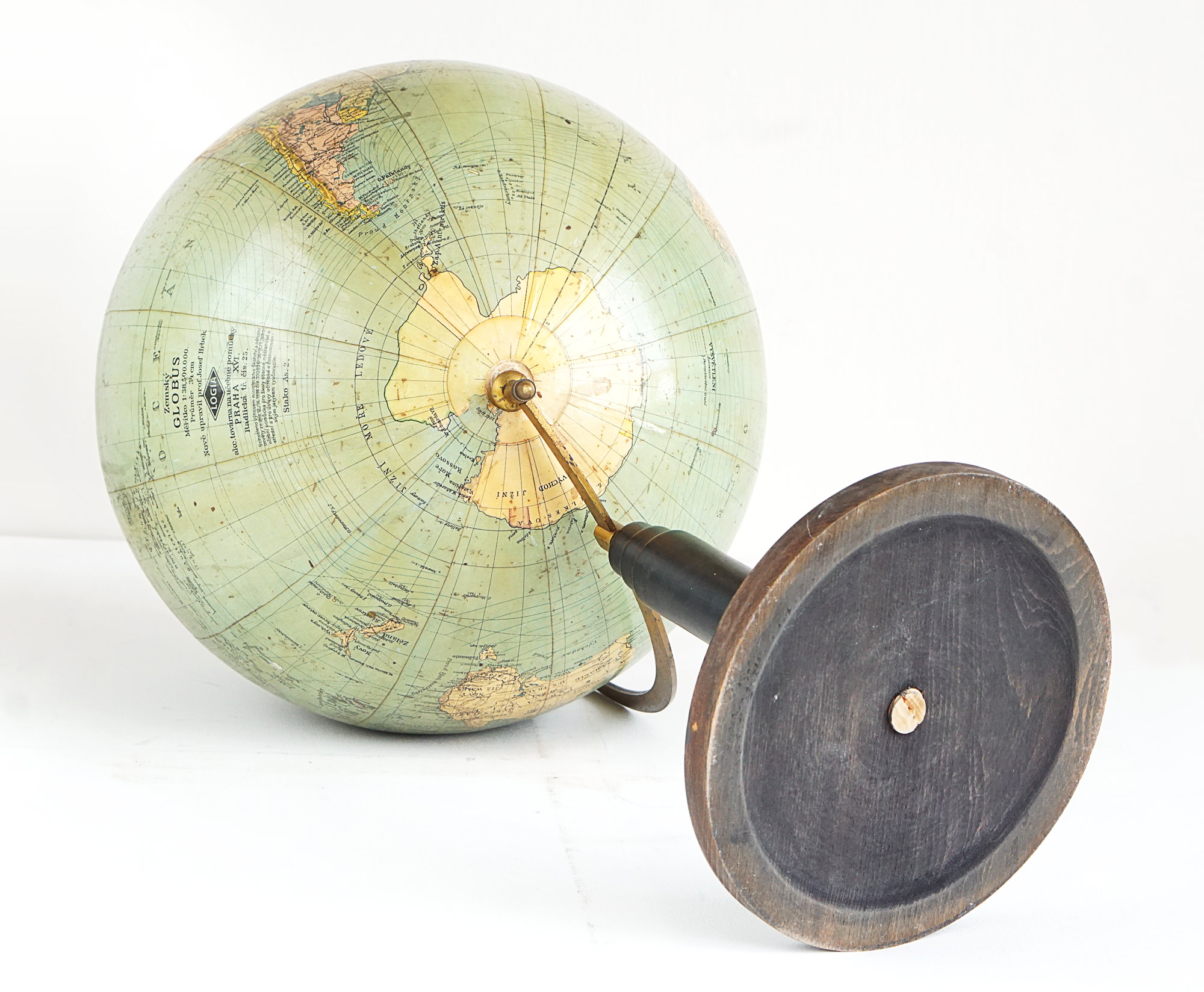 Relatively uncommon globe made by Logia - Czechoslovakian producer of globes and other teaching instruments based in Prague - Radlická street. The company has been making globes since the end of WW1. The globe appears to be based on the Columbus Erdglobus by Paul Oestergaard, and edited by Josef Hrbek, a Czech professor, writer and historian. Even the Logia logo somehow resembles the Columbus globes logo with its shape.

There are several areas on the globe which have been re-labeled - a new name of the place was printed, cut out and pasted over the old name - for example Istanbul, Uzun Ada (Kazakhstan) or Khanpur (India). In the last two cases it is unclear whether the name of the place has changed over time, or was originally printed incorrectly.

Besides relatively dense railway system, the globe shows also undersea telegraphs cables or district borders within countries (most of the US states are marked).

Based on the references (Persia already named Iran but Abyssinia still present), it appears the map has been compiled during 1935. In 1936, the globe had been approved by the authorities as an official teaching instrument for middle and higher schools.

Good condition, several smaller brown spots in the Atlantic ocean area, otherwise no major damage to the orb. The paint on the wooden base is worn off. The bottom nut is missing!!