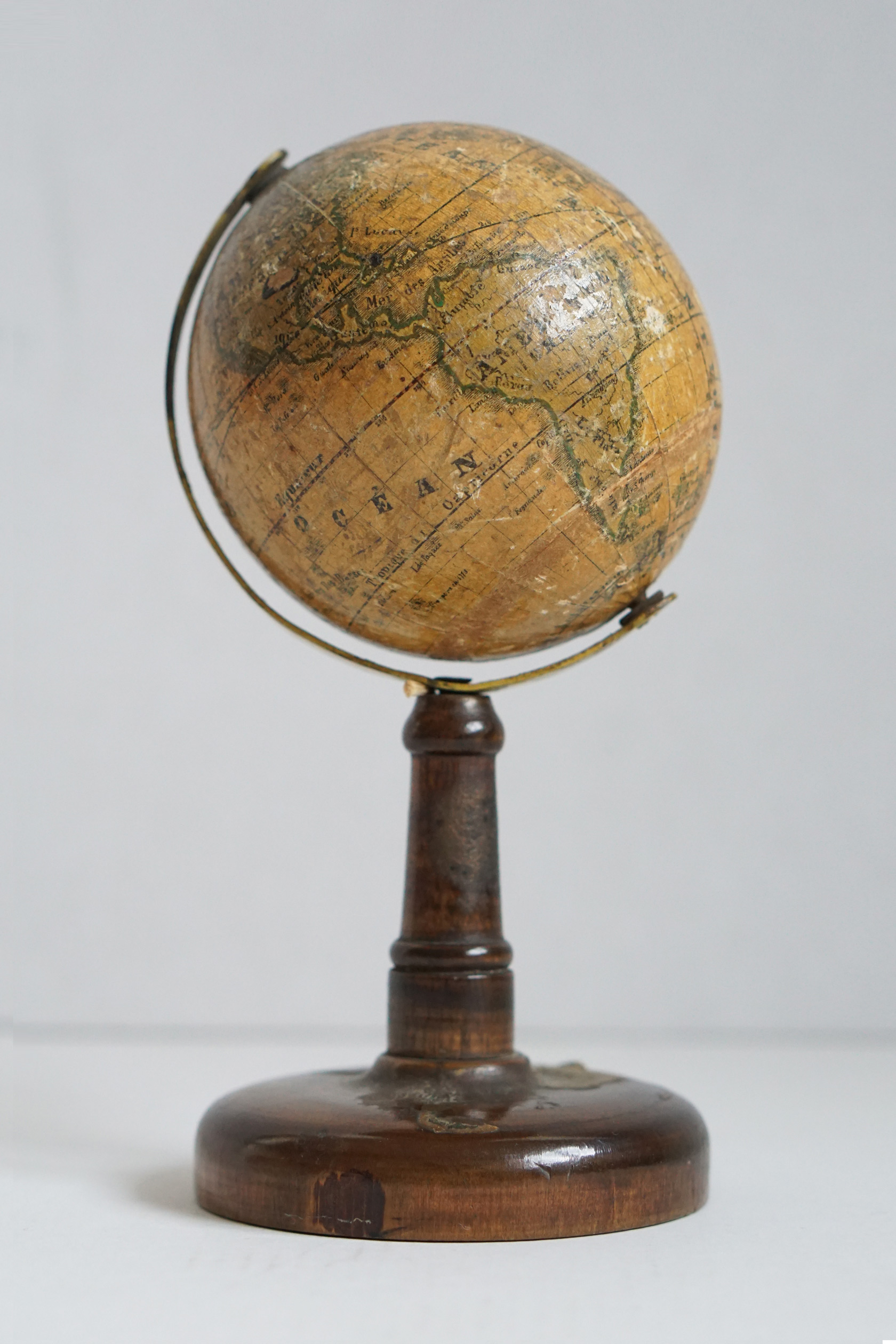 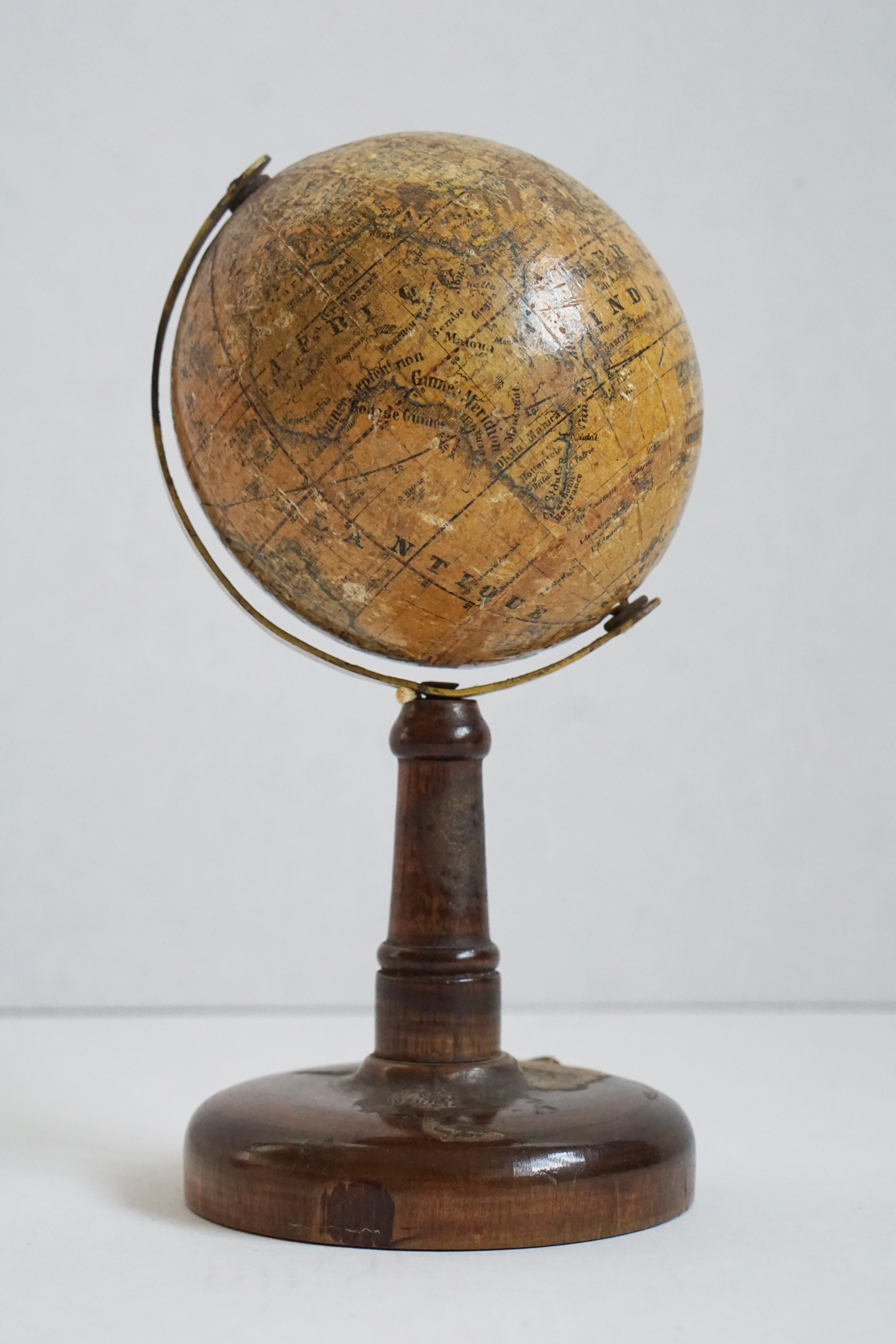 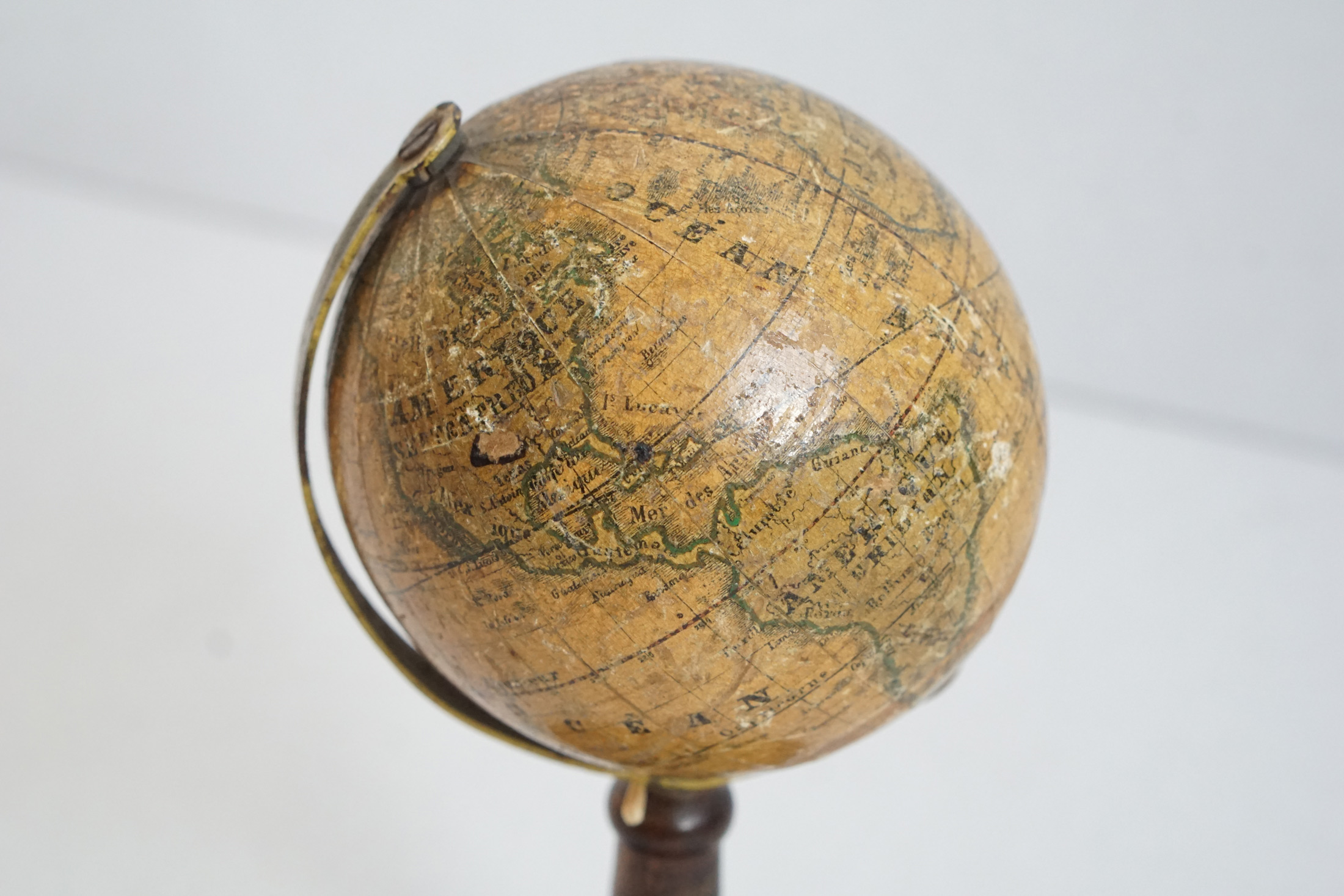 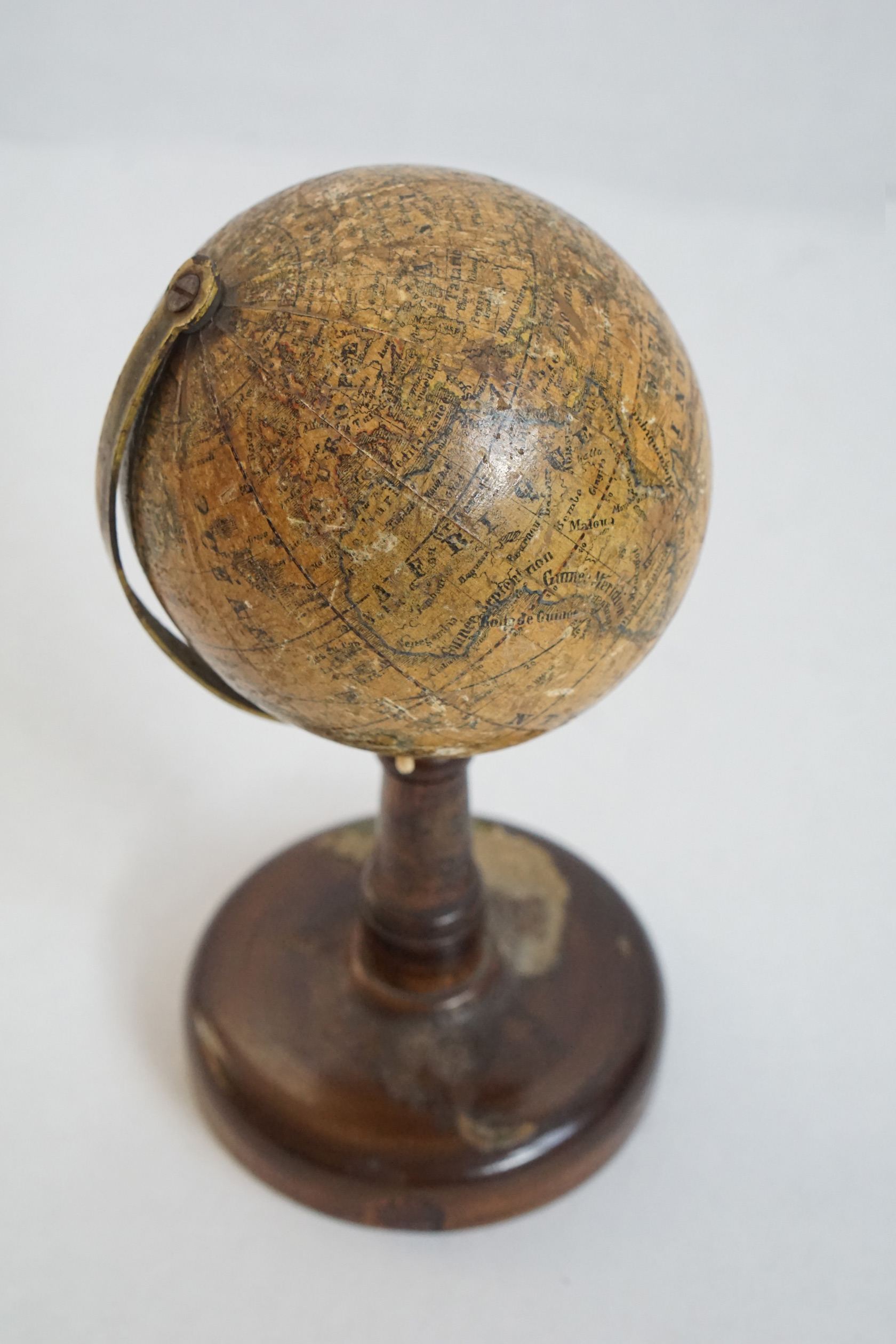 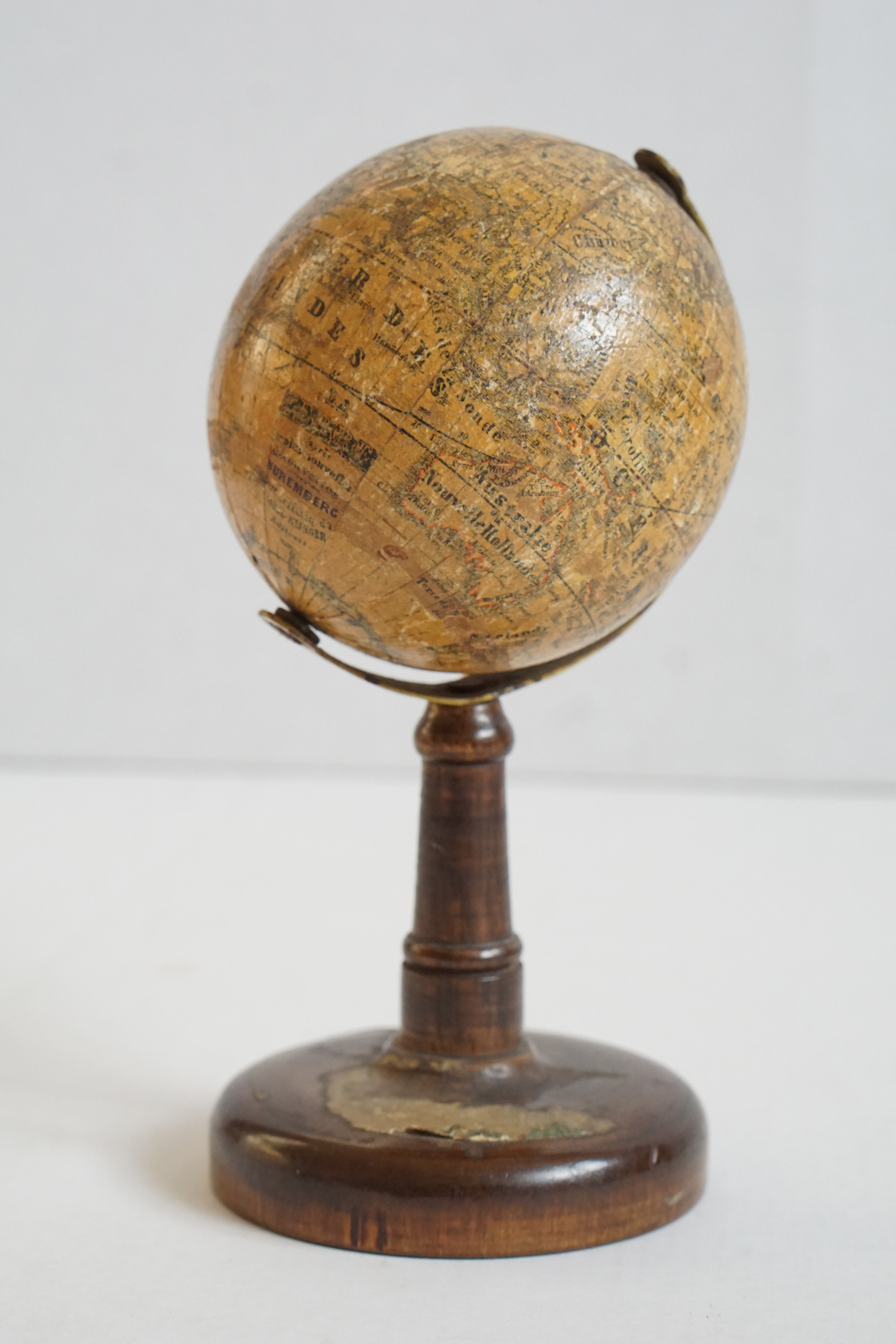 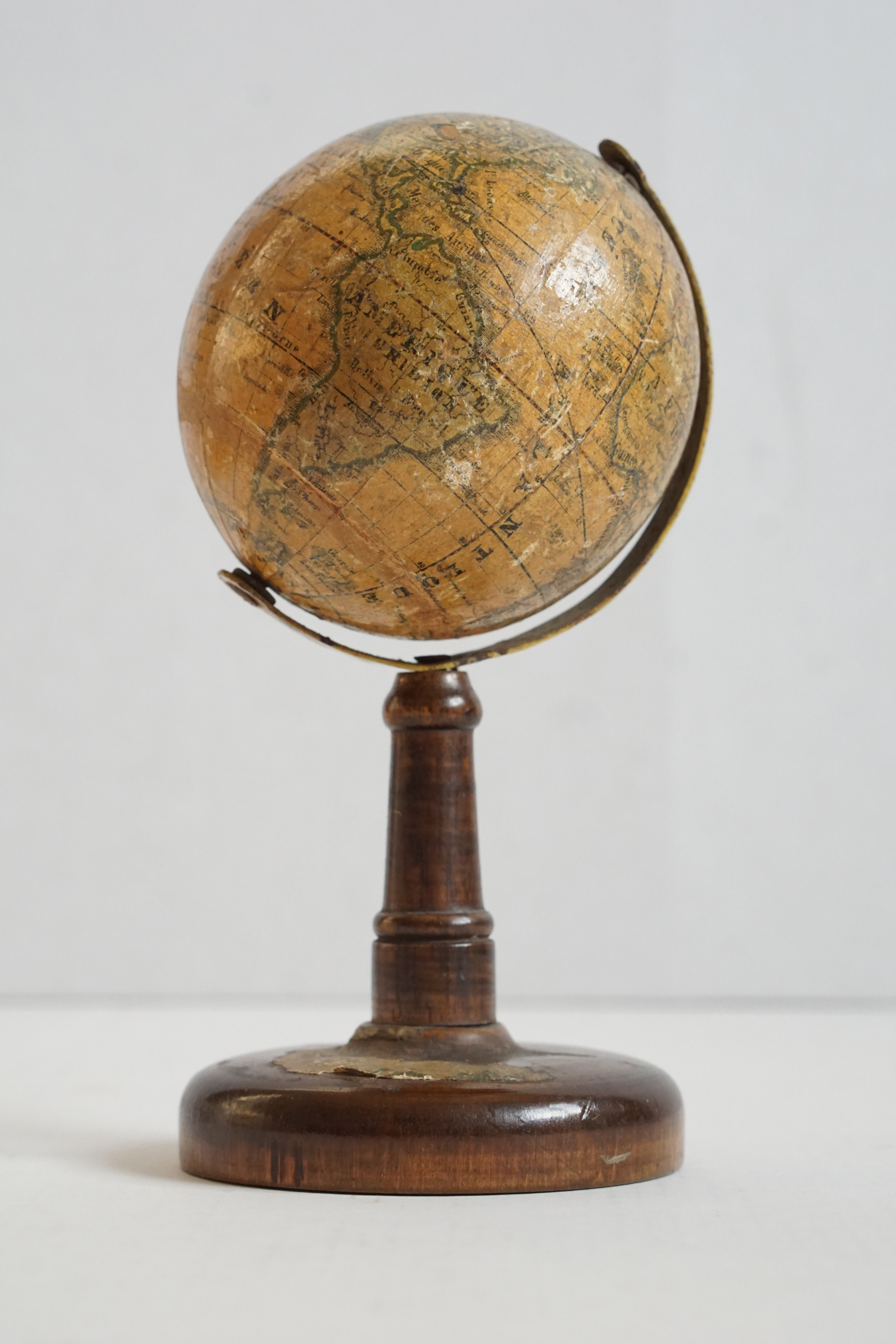 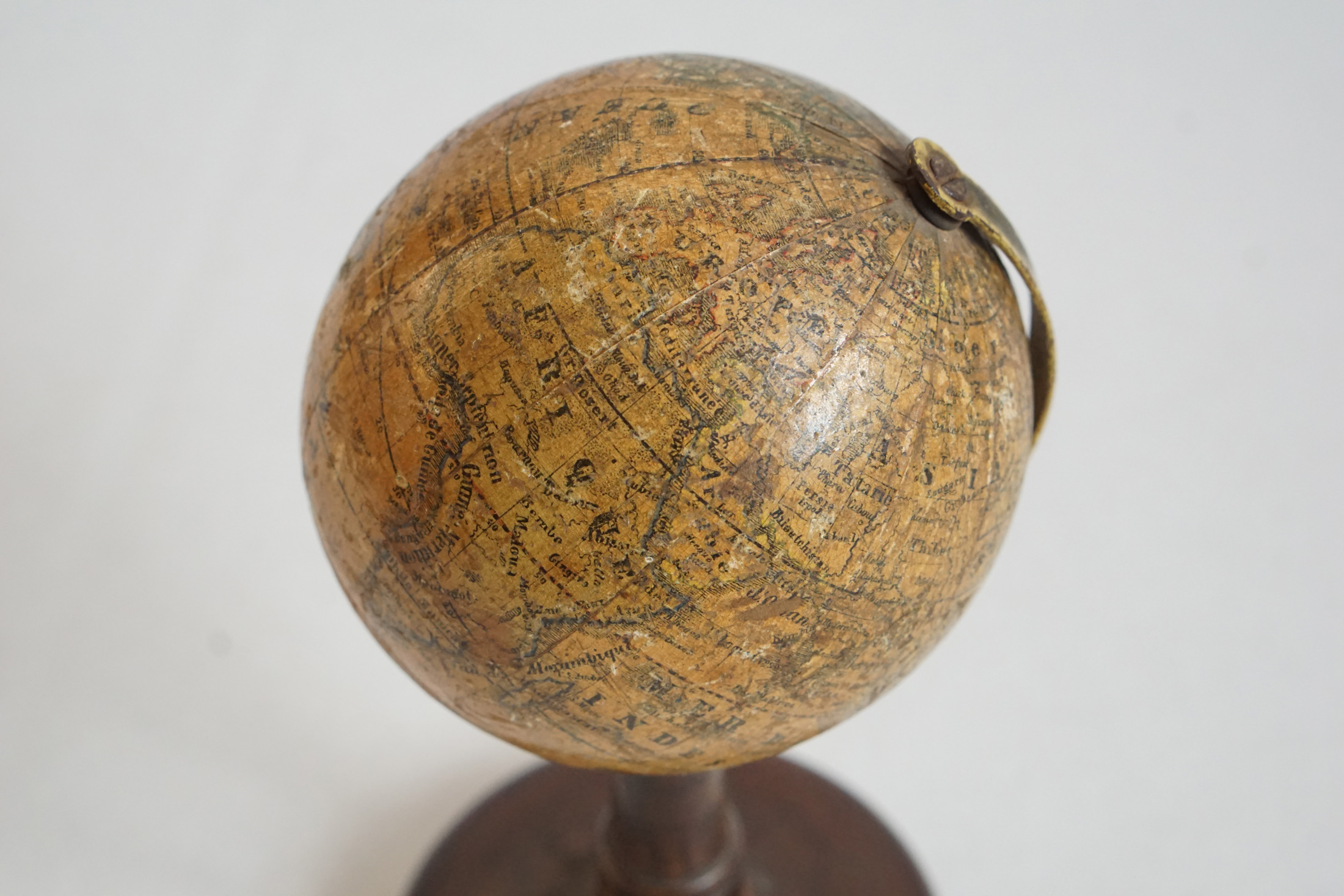 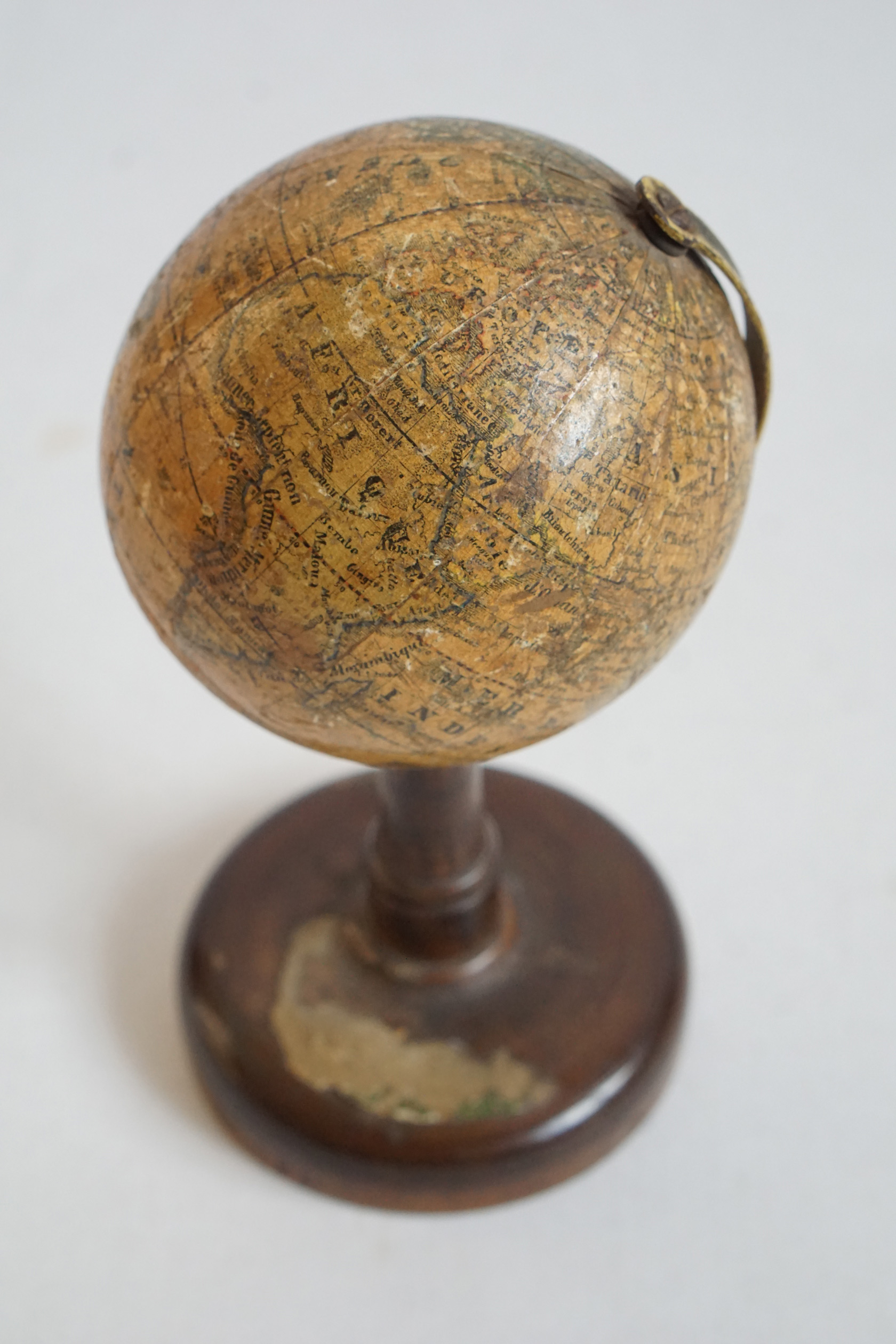 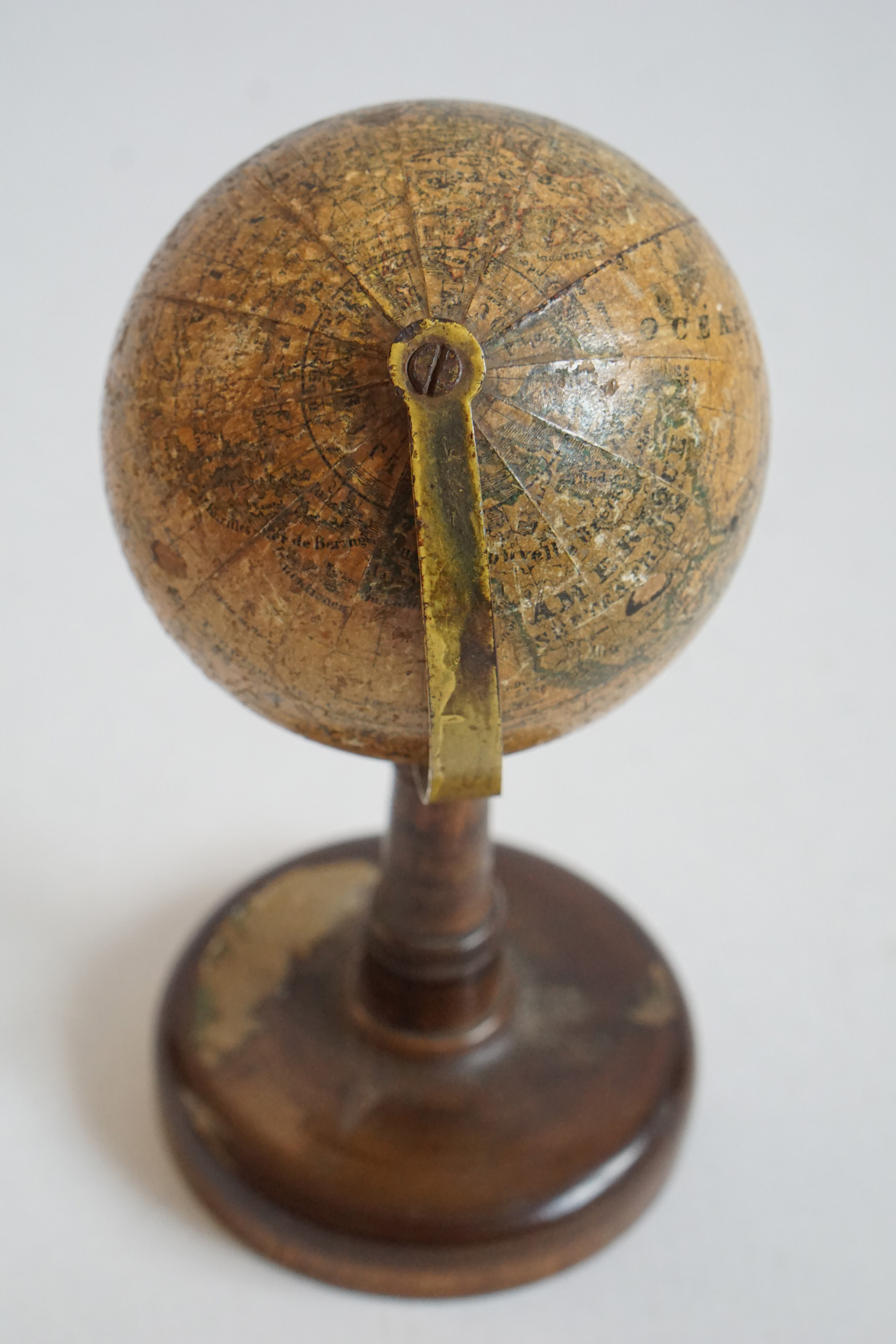 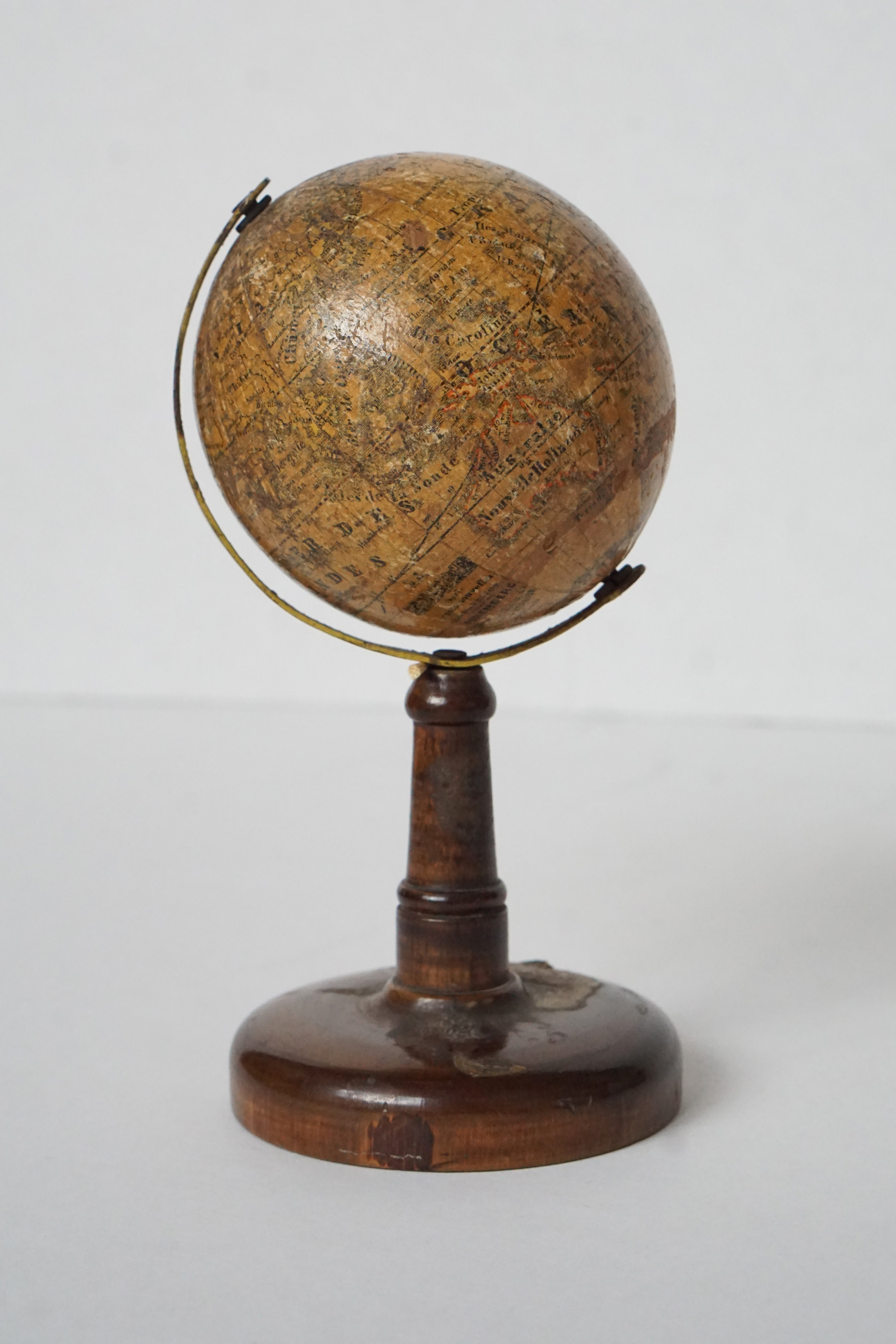 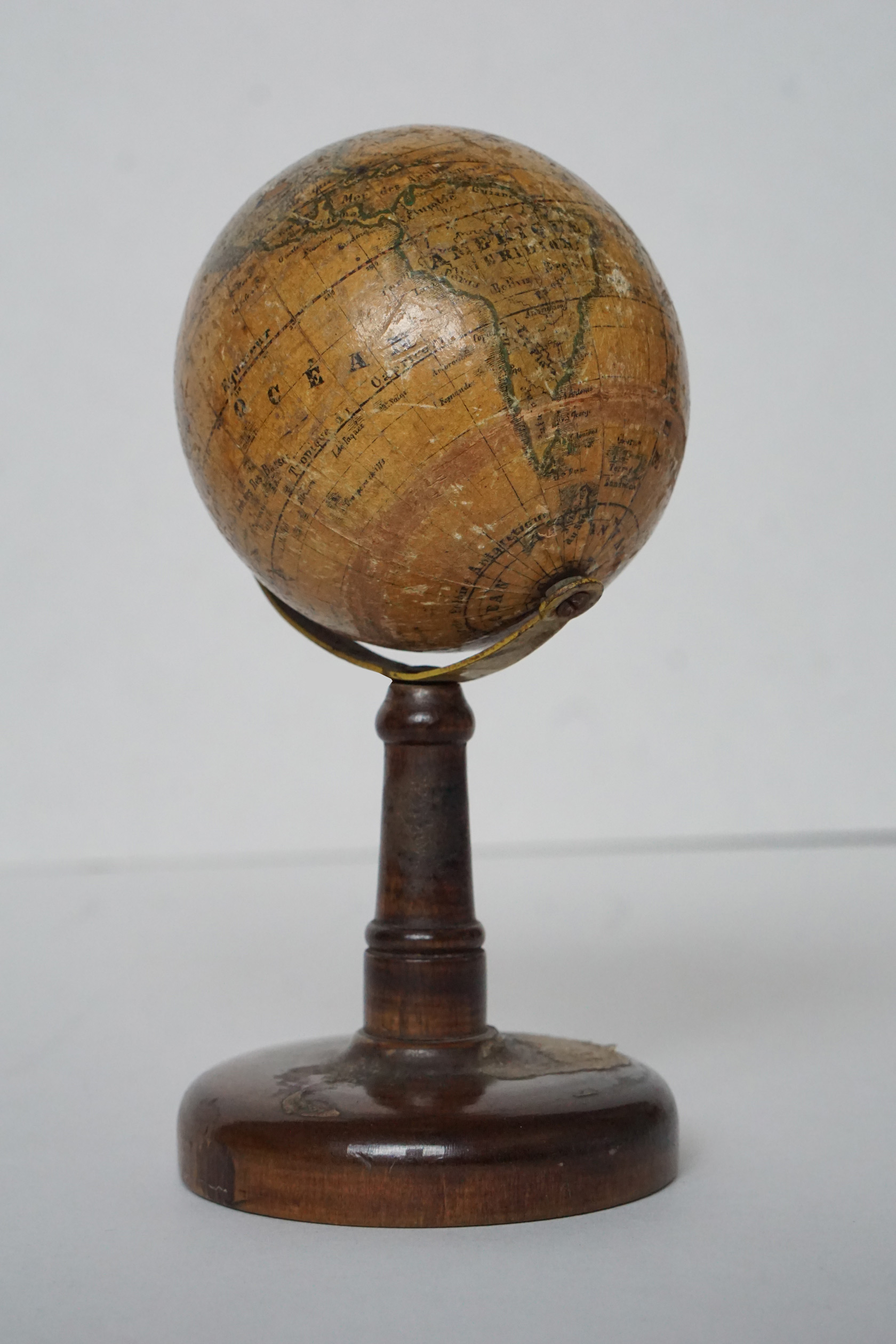 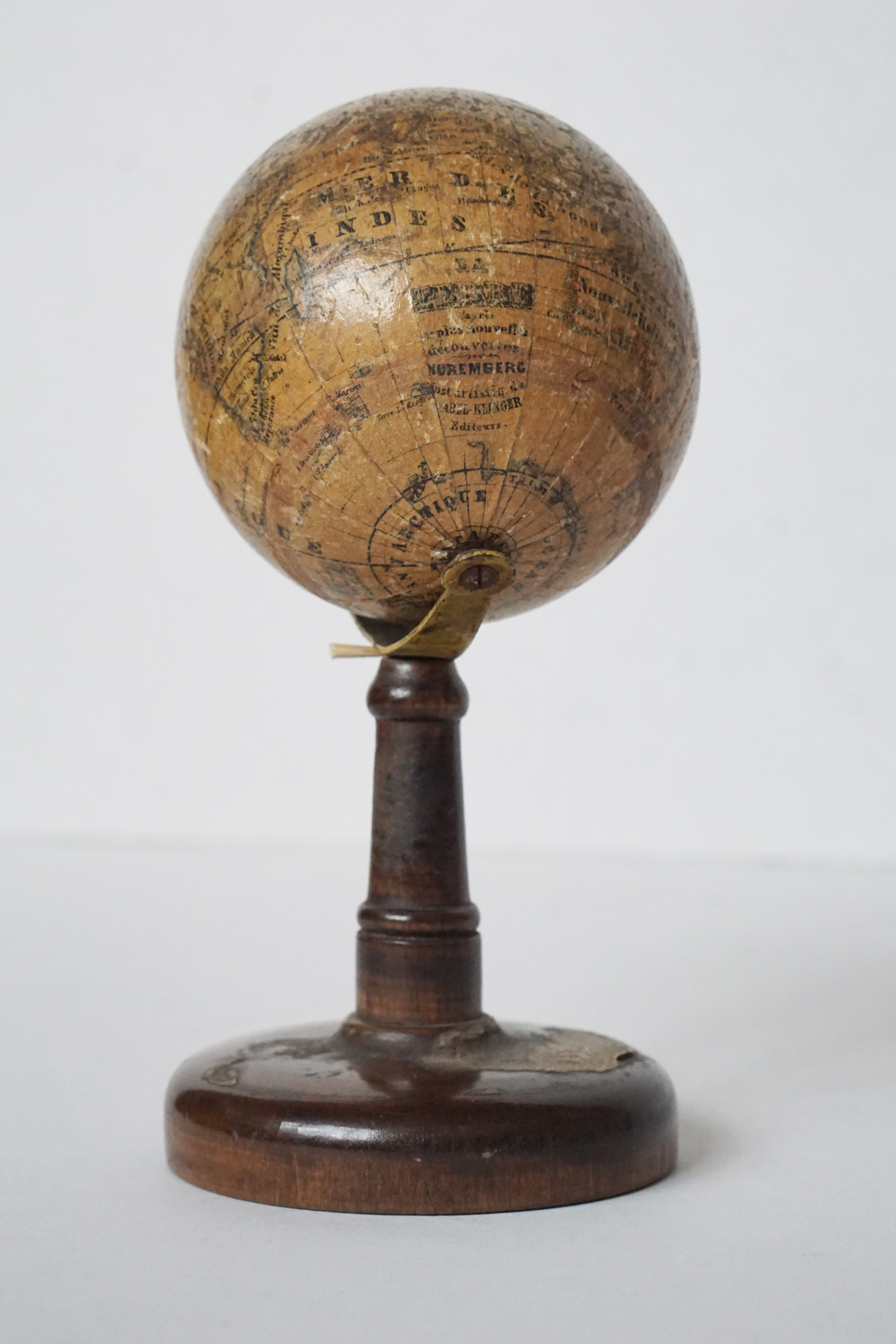 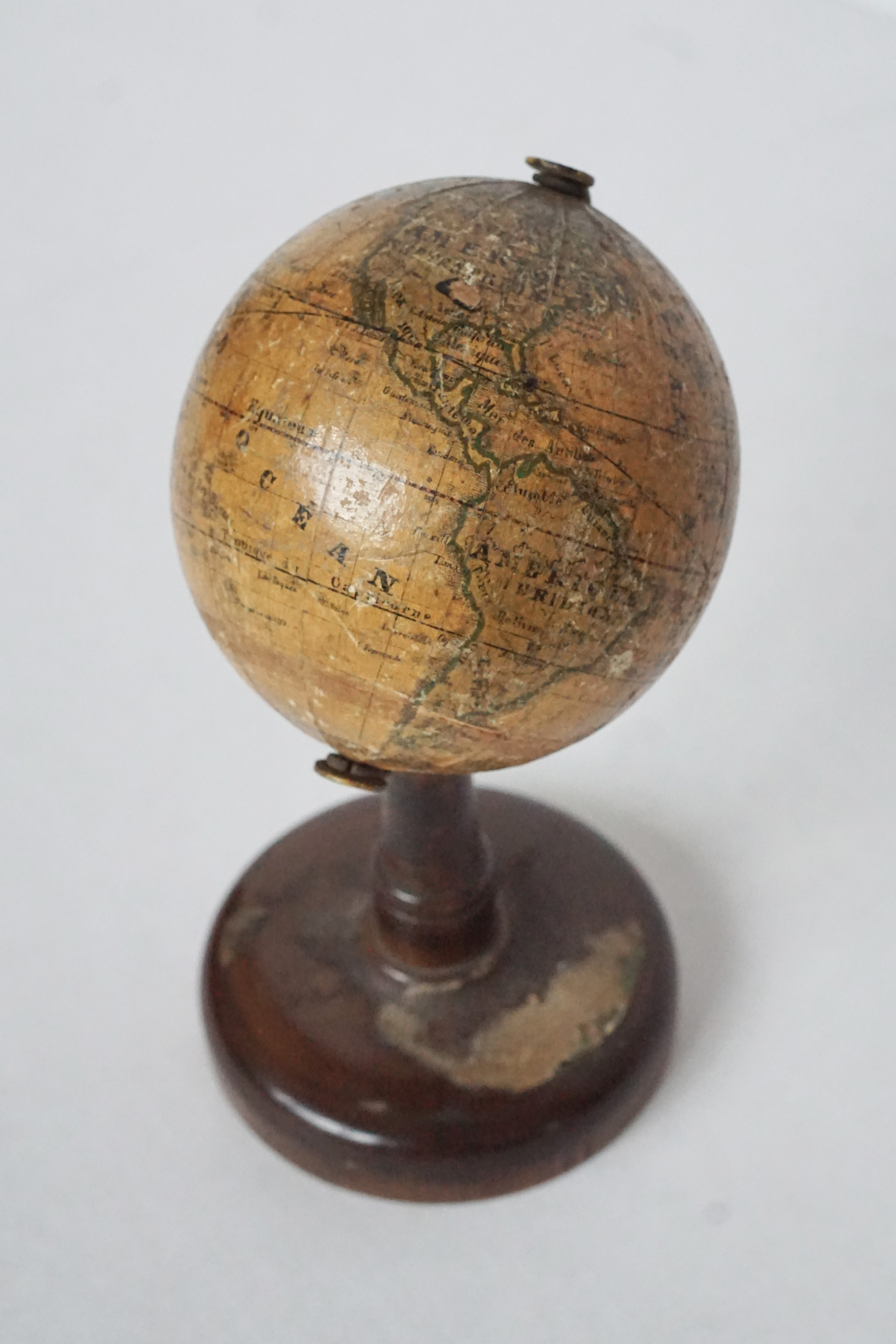 An exceptional testament of the exploration era of the world history. This globe was made in Nuremberg, Germany from 12 paper gores on solid wooden sphere with brass half meridian and wooden stand. Abel Klinger globes are one of the most desired globes among collectors.