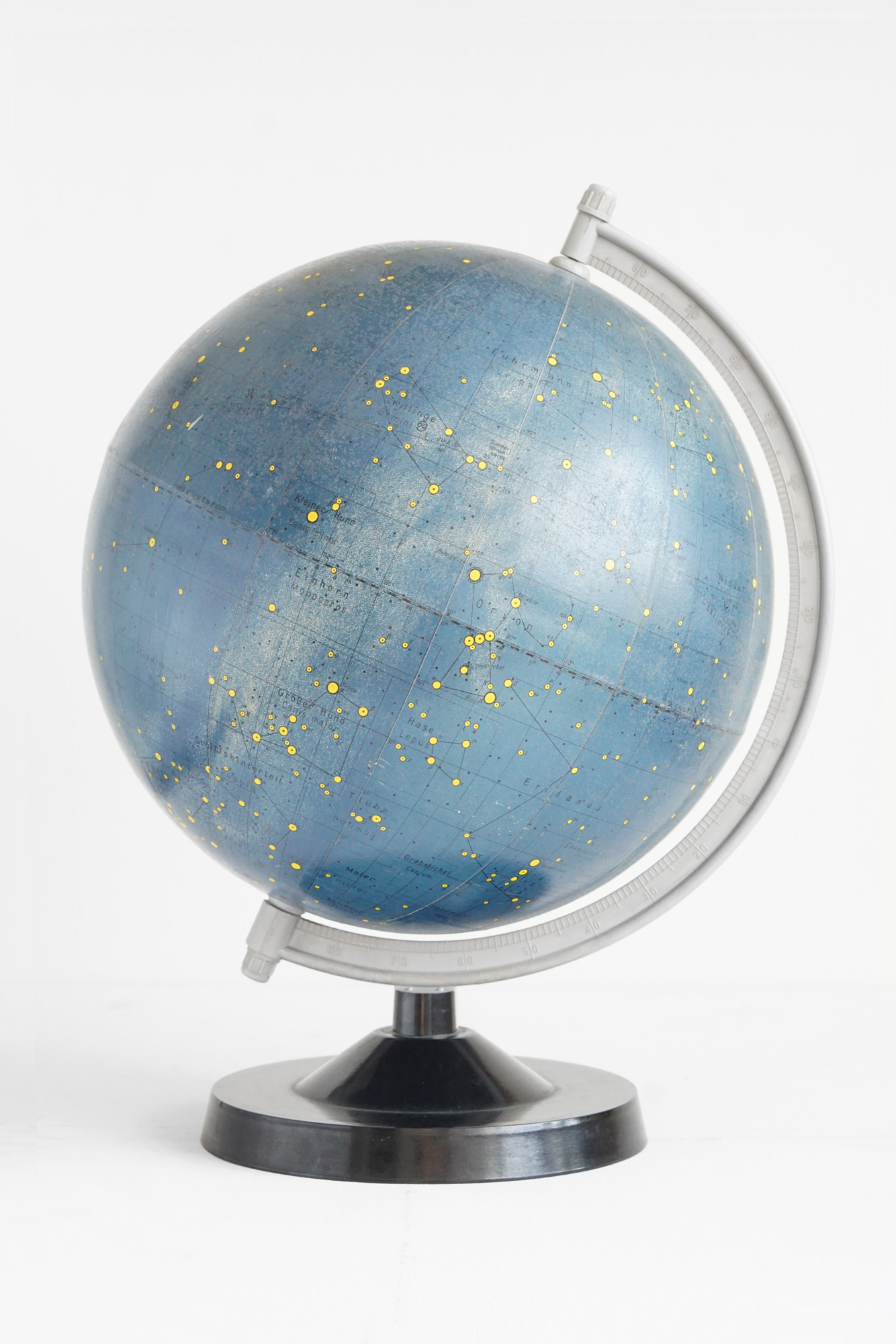 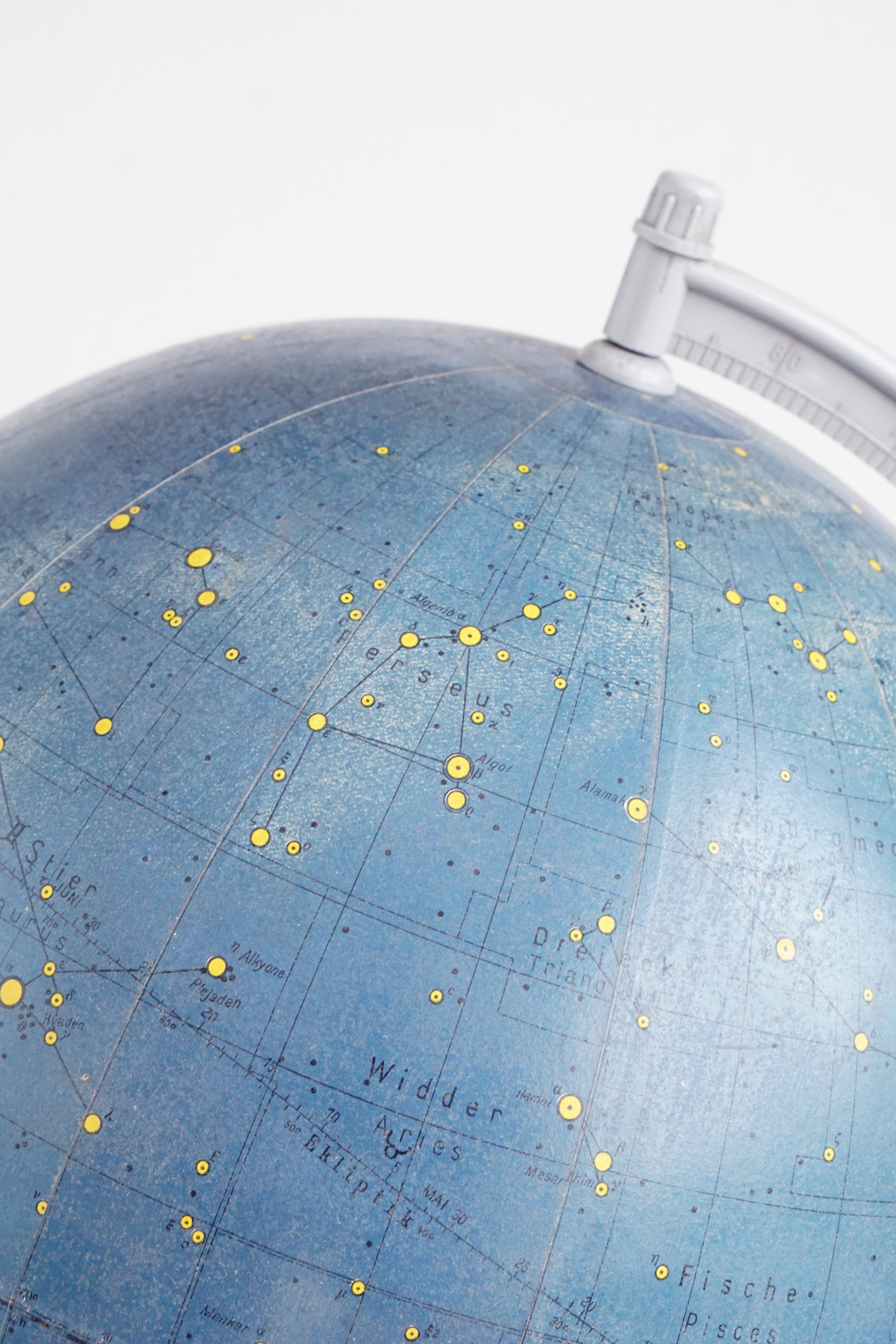 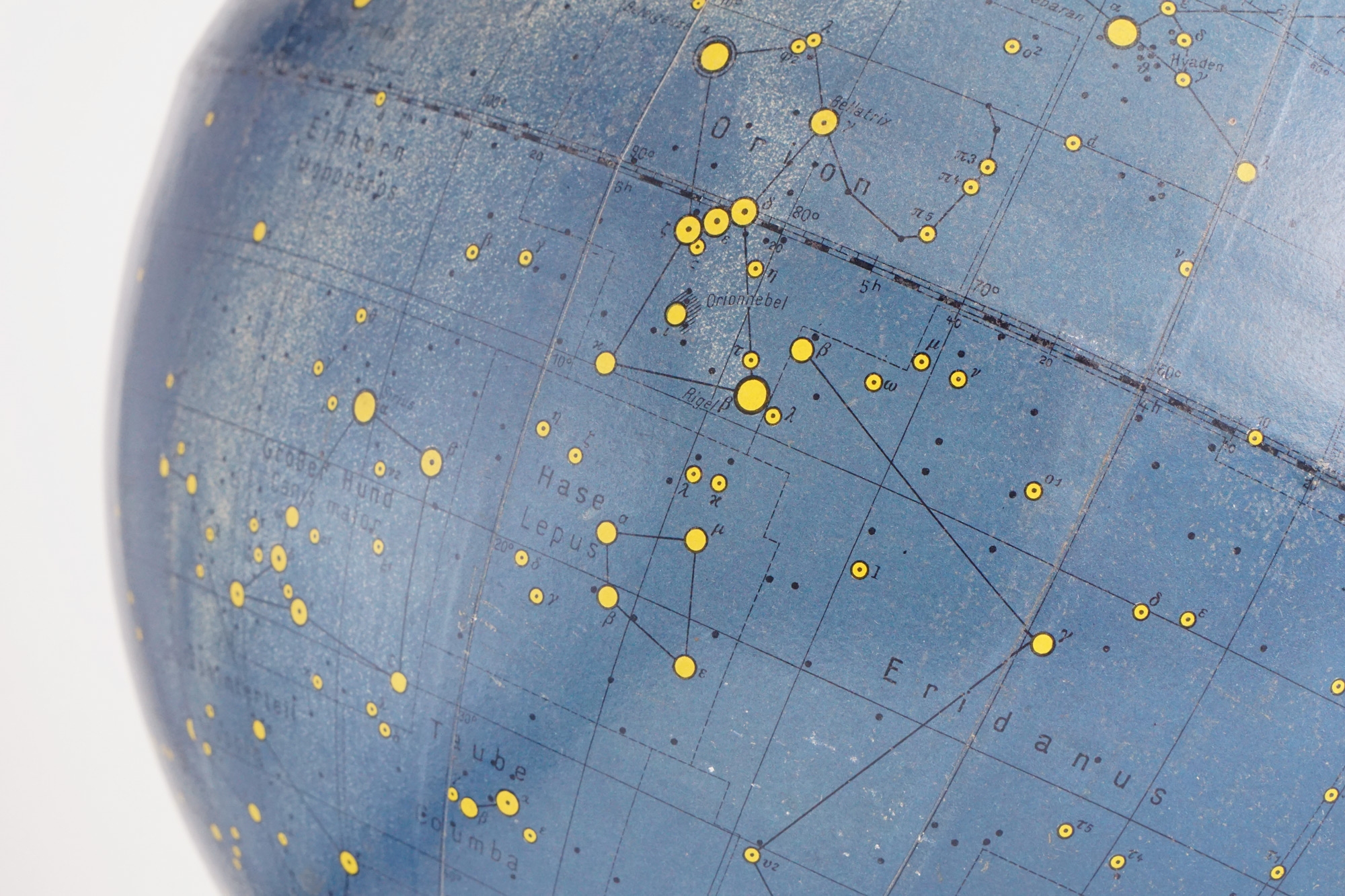 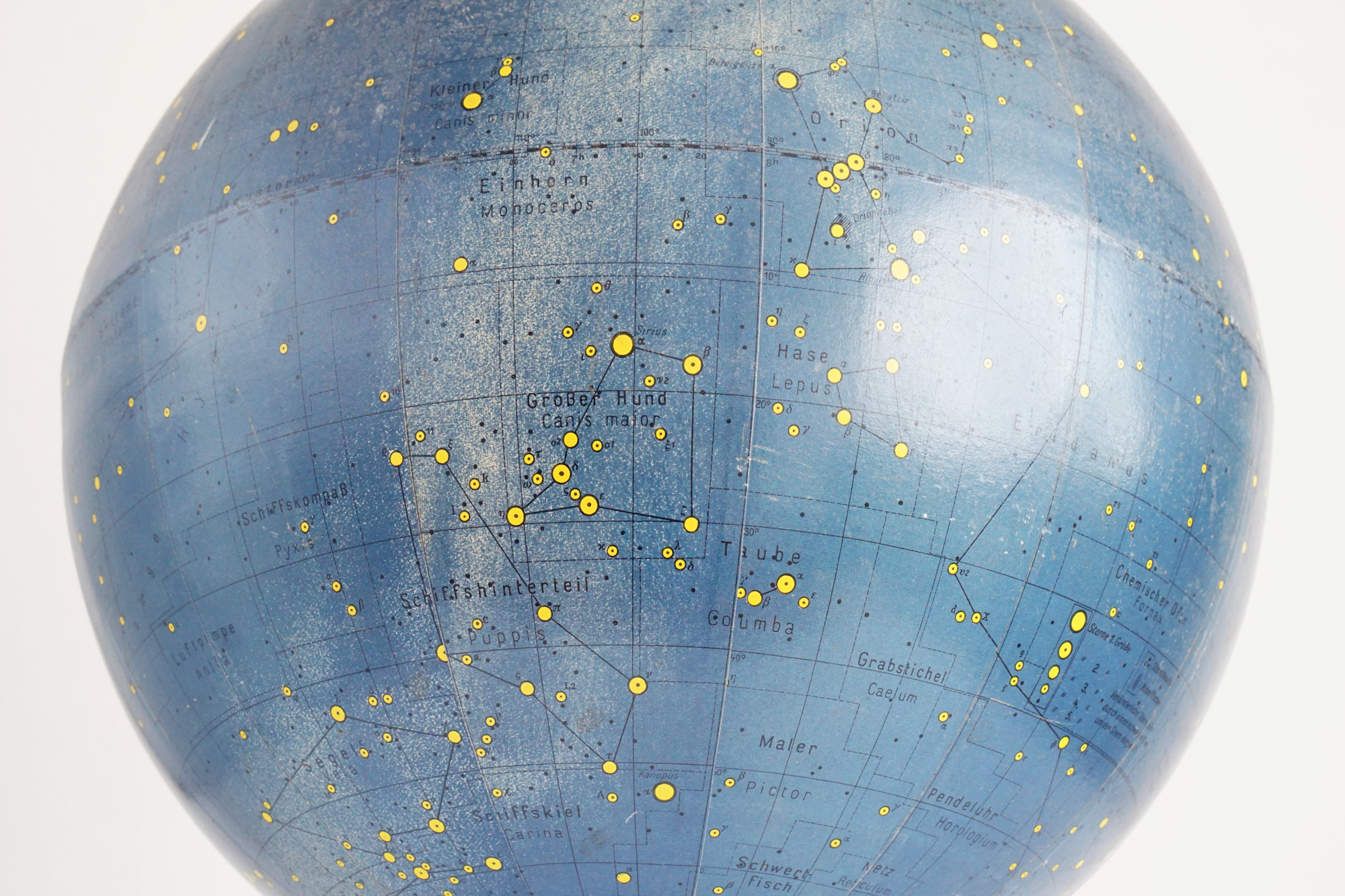 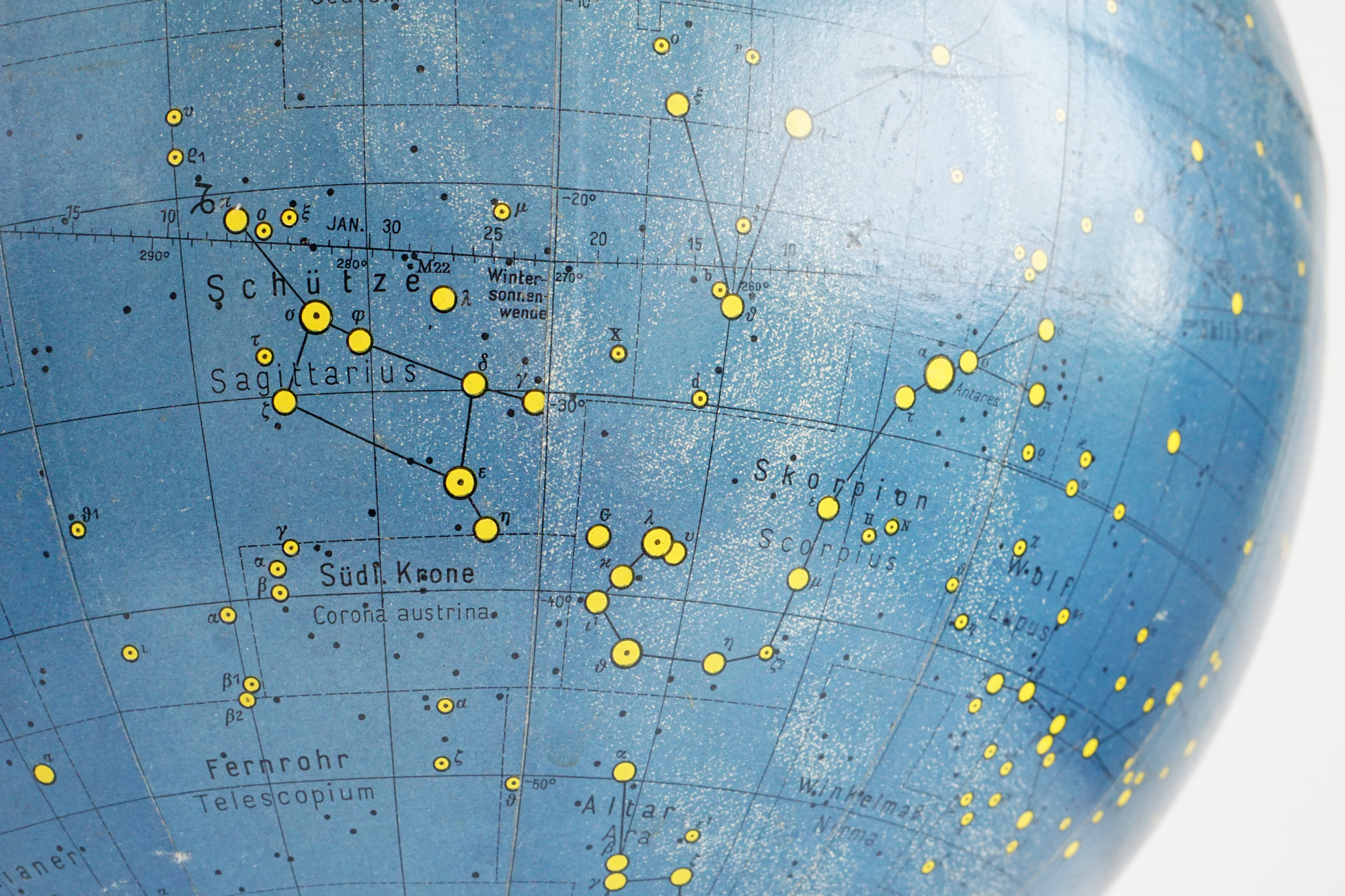 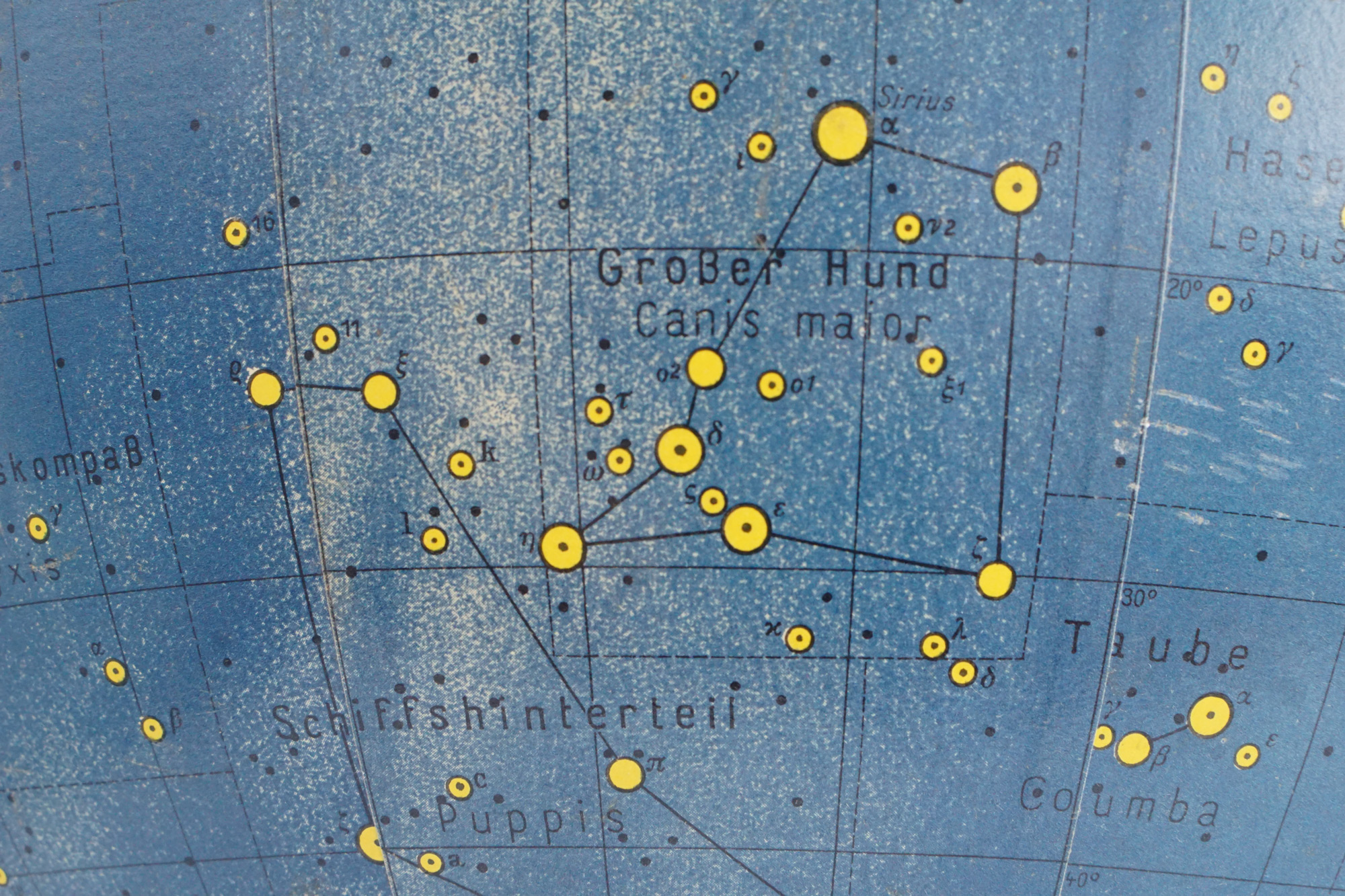 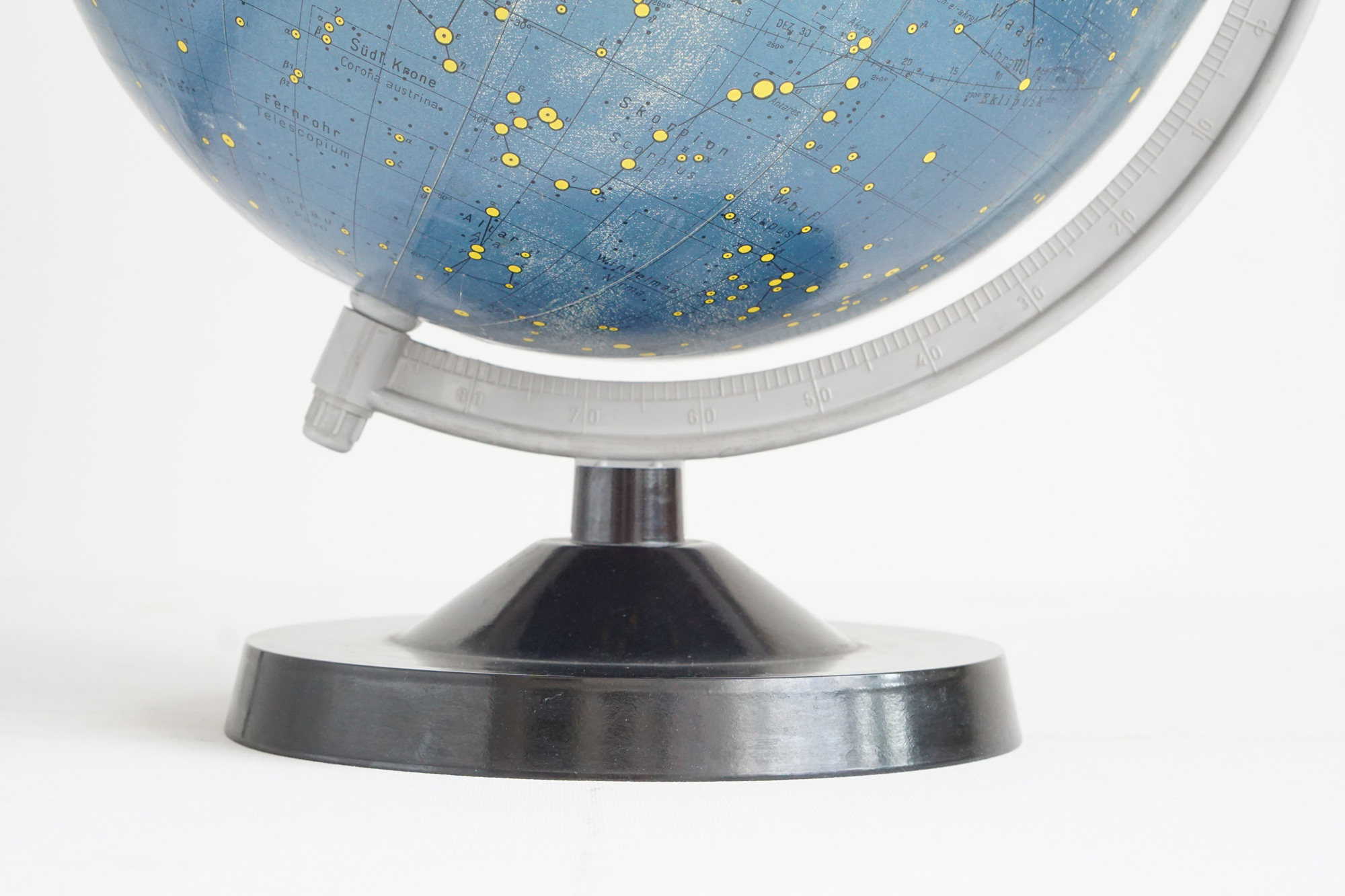 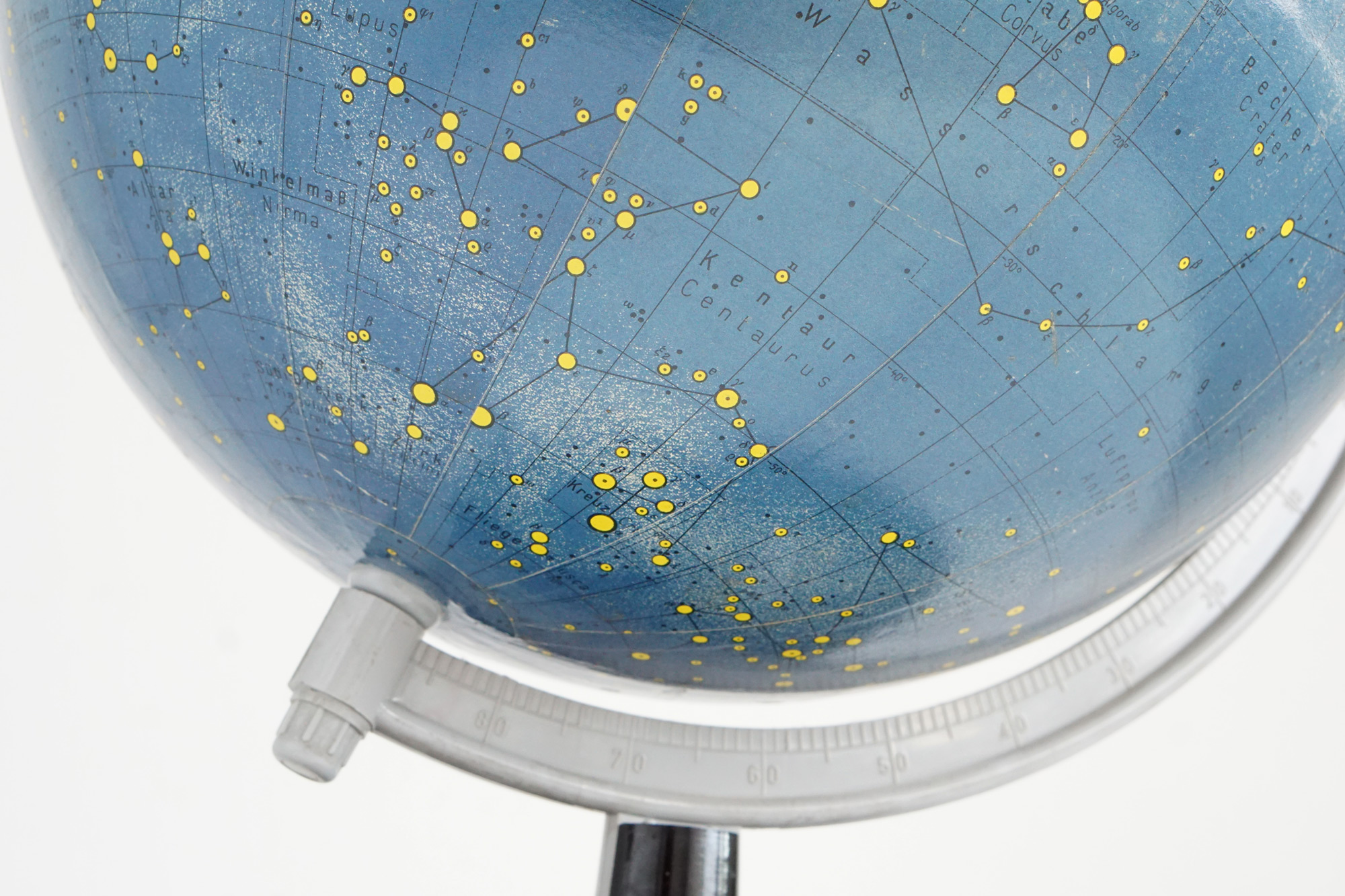 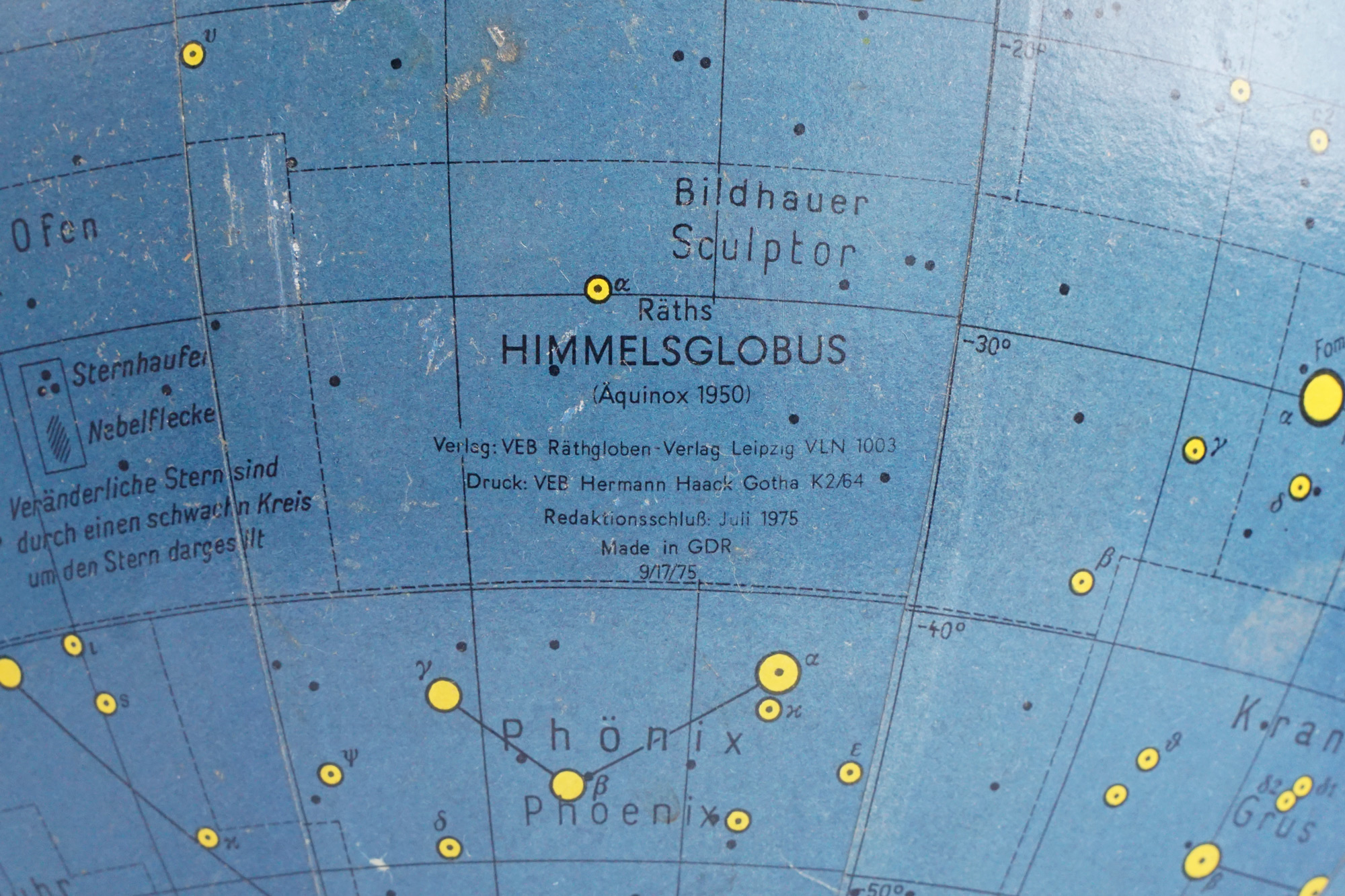 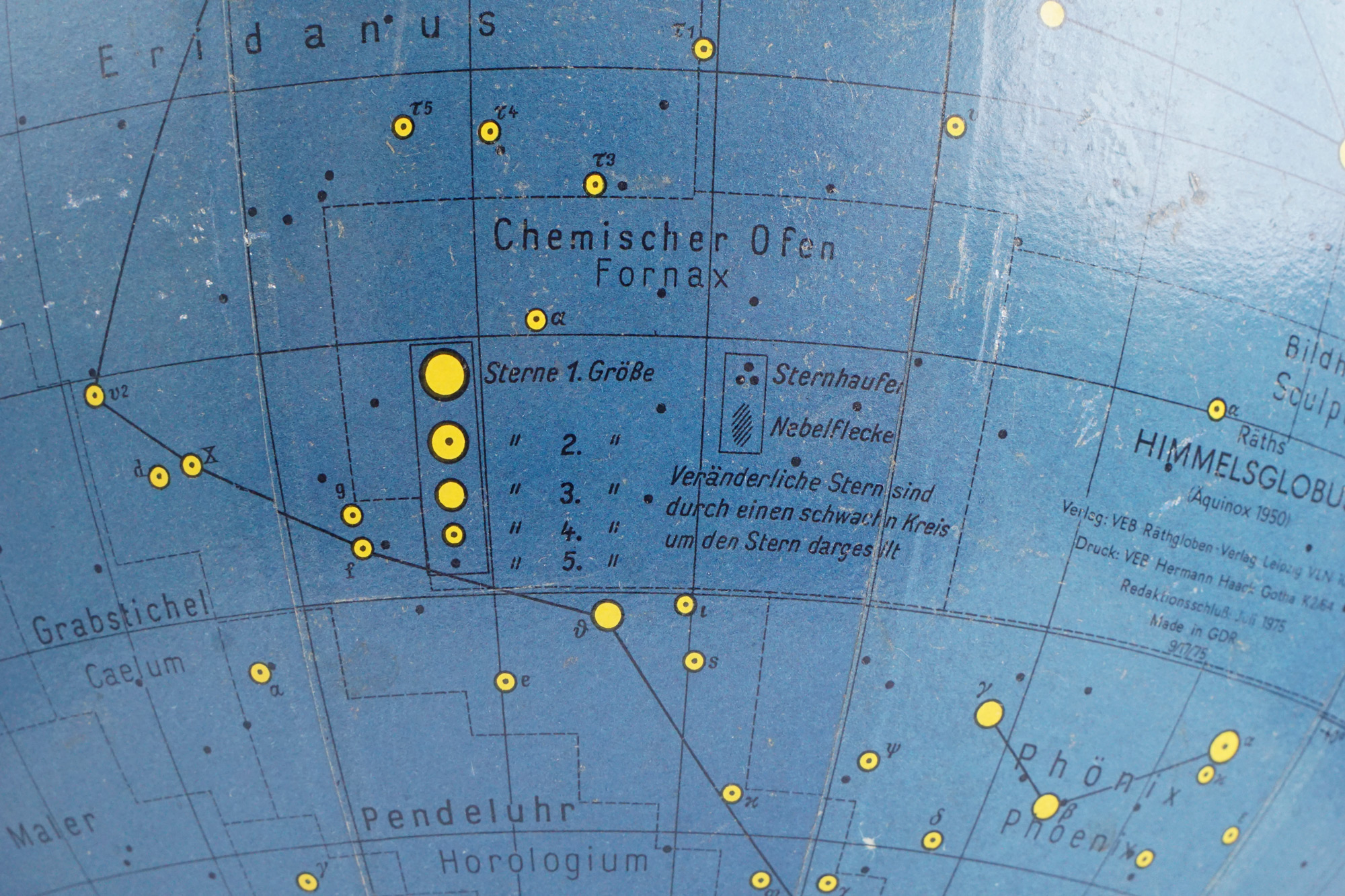 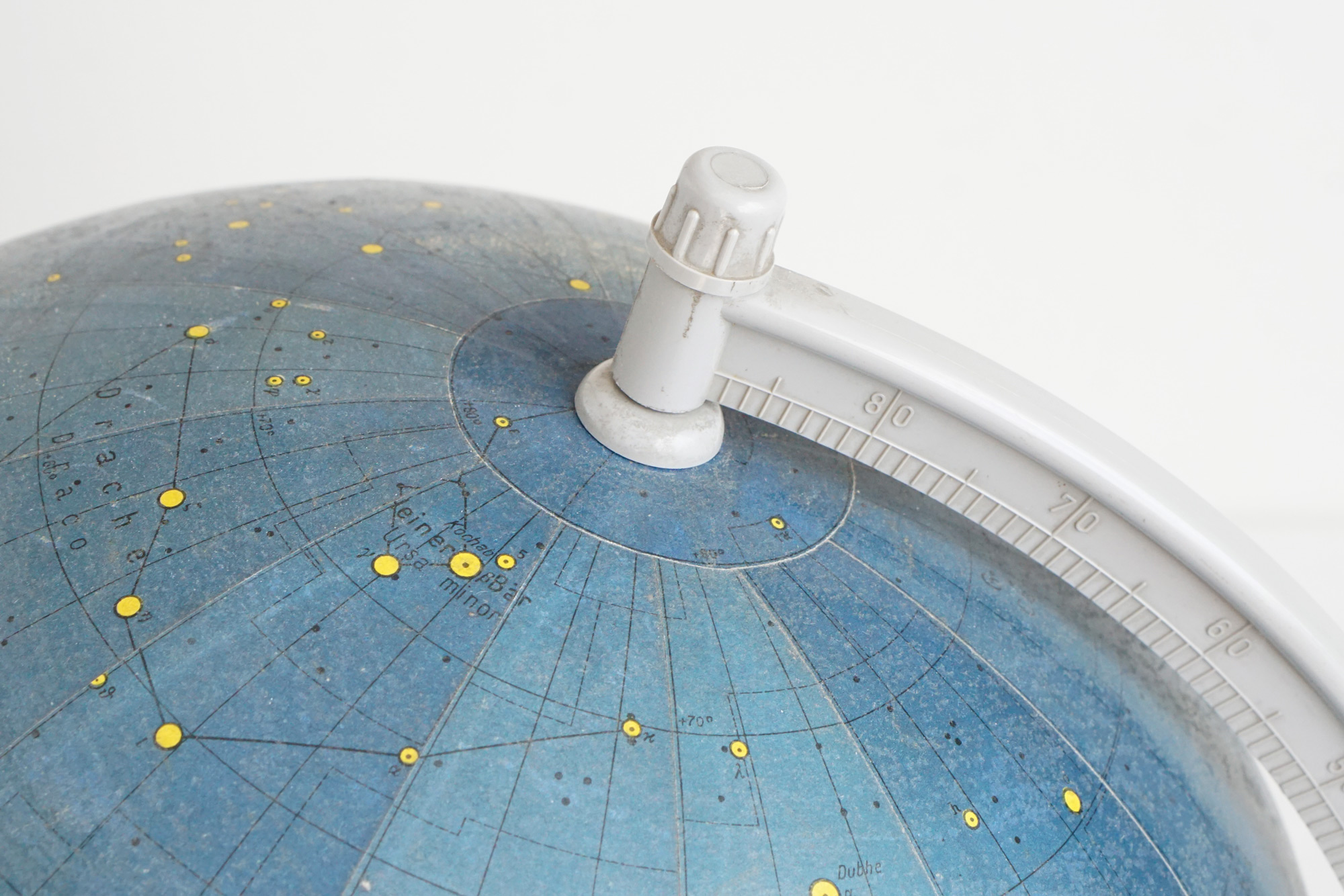 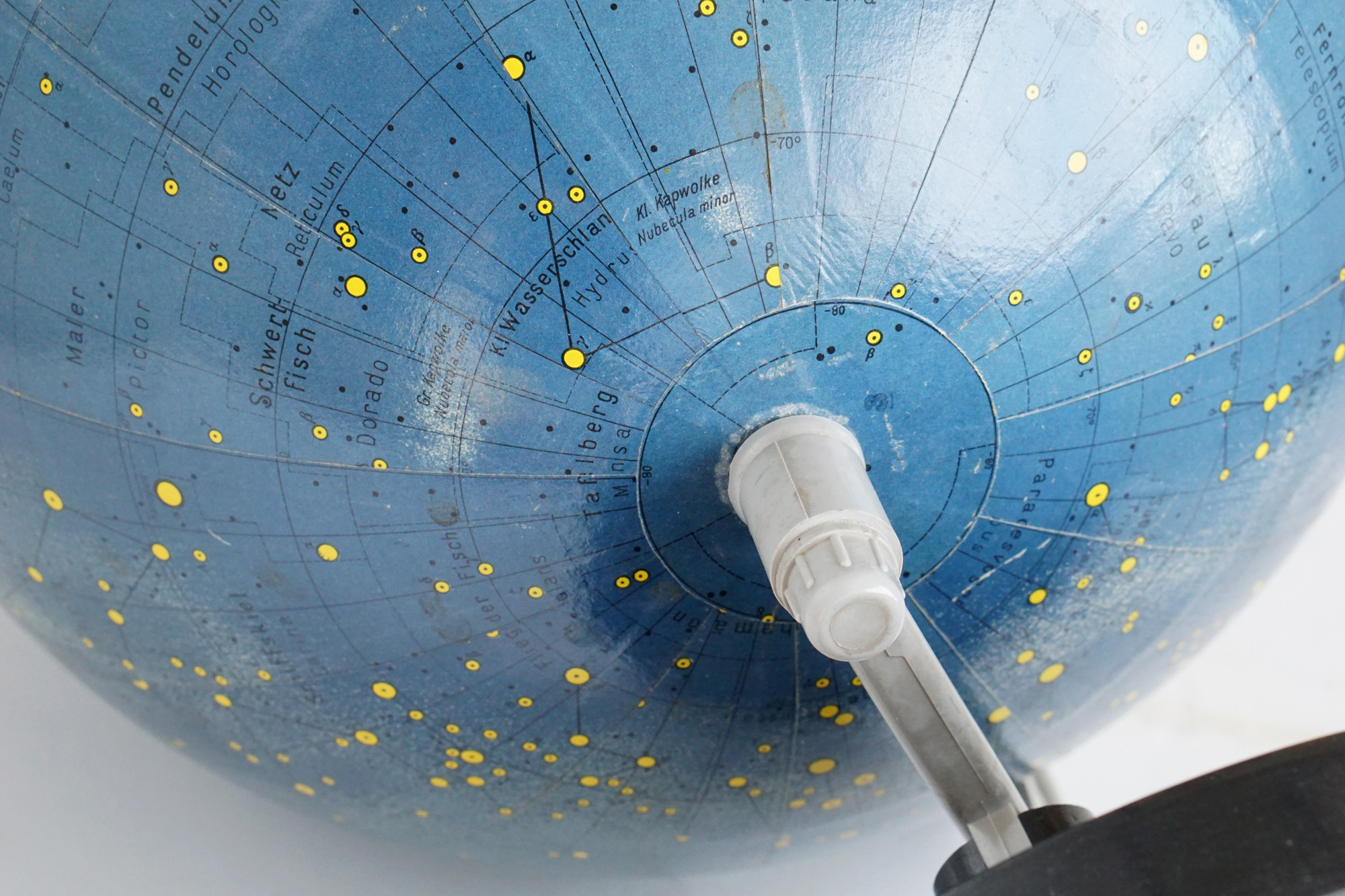 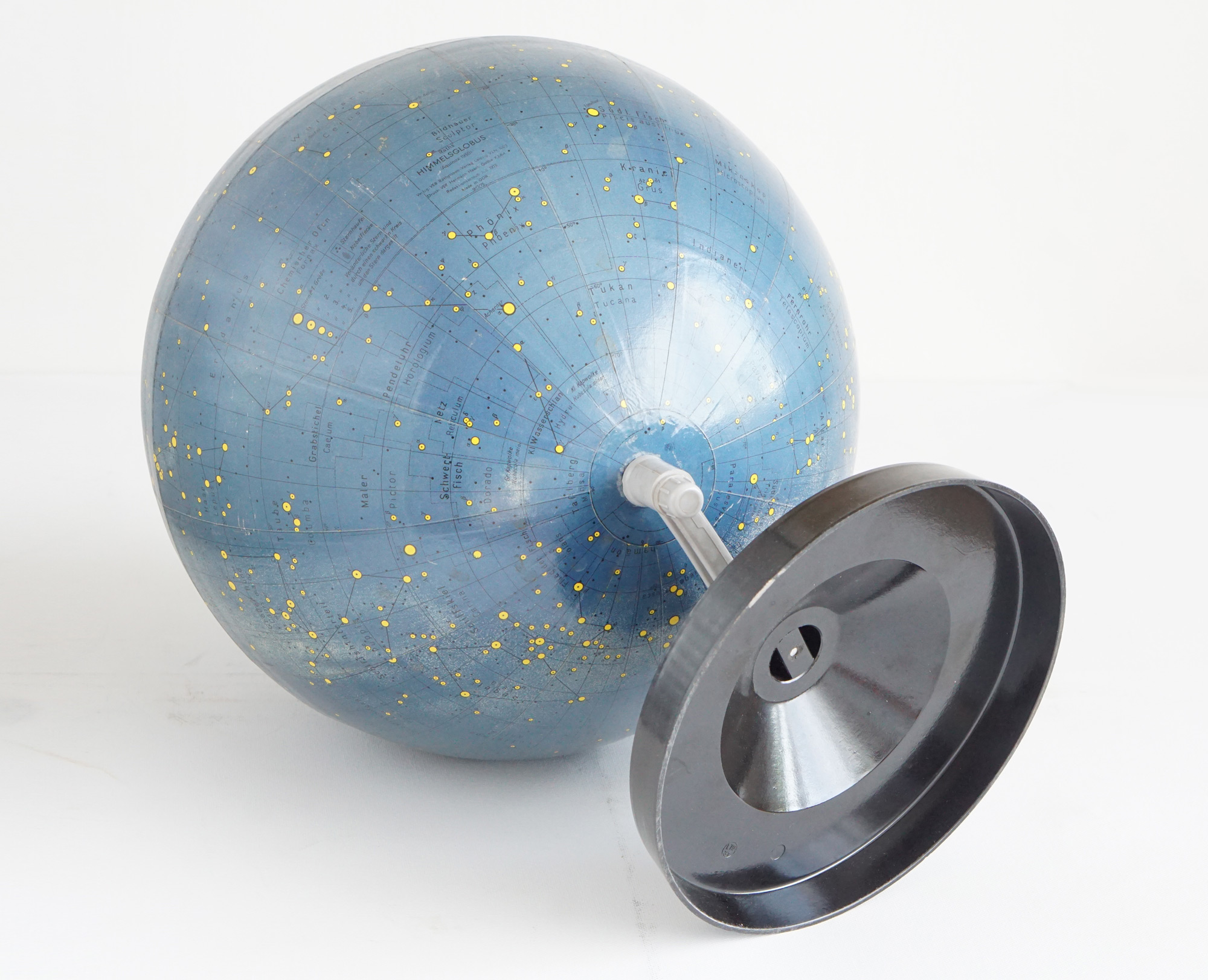 How to date a globe?

Second edition of rare vintage celestial globe, produced by VEB Räthsgloben in Leipzig (former East Germany) in the 1975. This celestial globe has been in production since 1950. The globe portrays 5 different categories of stars based on their size and also constellations, zodiac signs, nebulae, fog spots and the milky way. Changeable stars are represented by a weak circle around the star. The constellations have their names shown in German as well as Latin language. The stars forming constellations are marked with greek letters.

The globe is in good condition with no significant damage. The blue colour on the top half of the orb is very slightly paler than the bottom half possibly due to the effect of UV light.