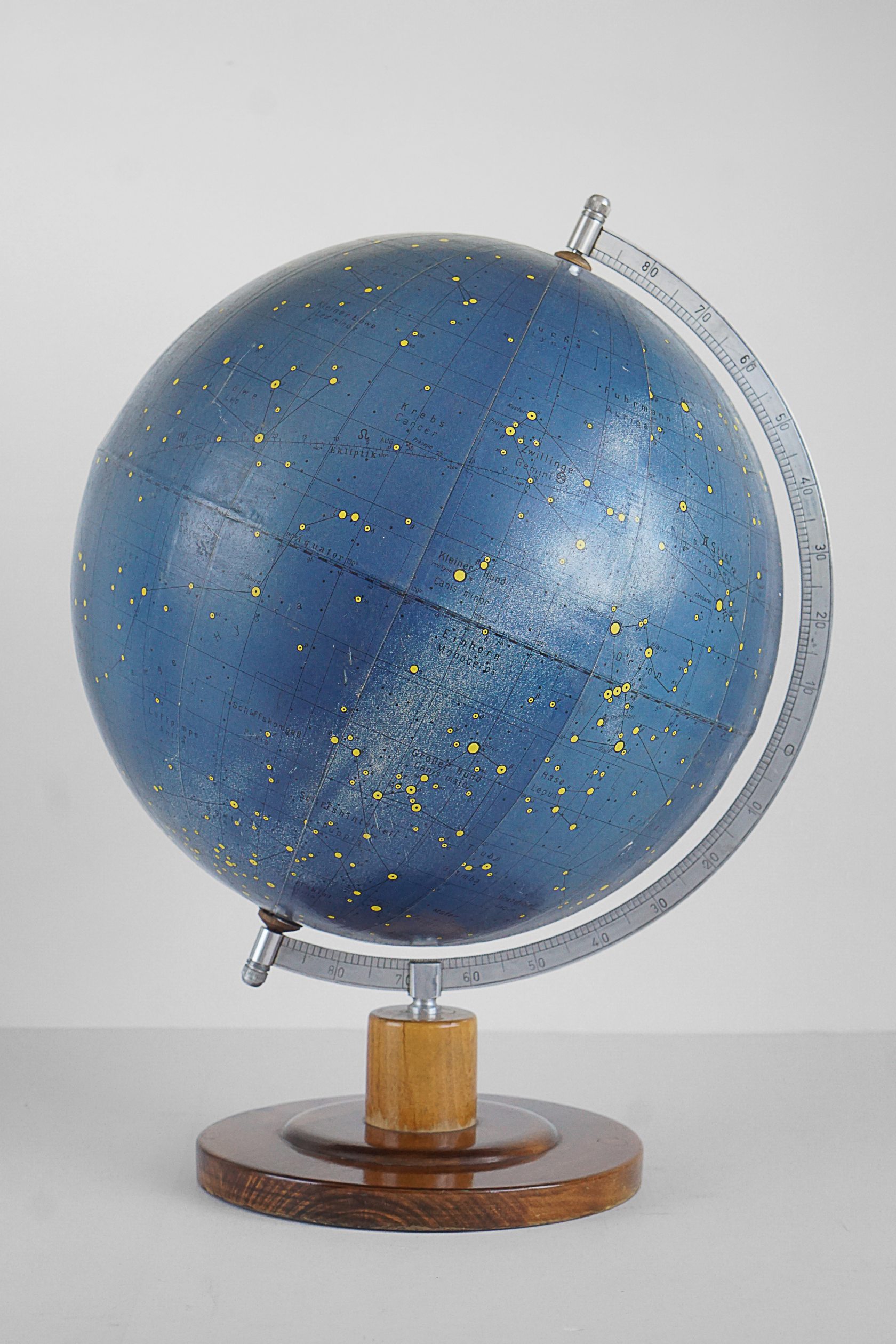 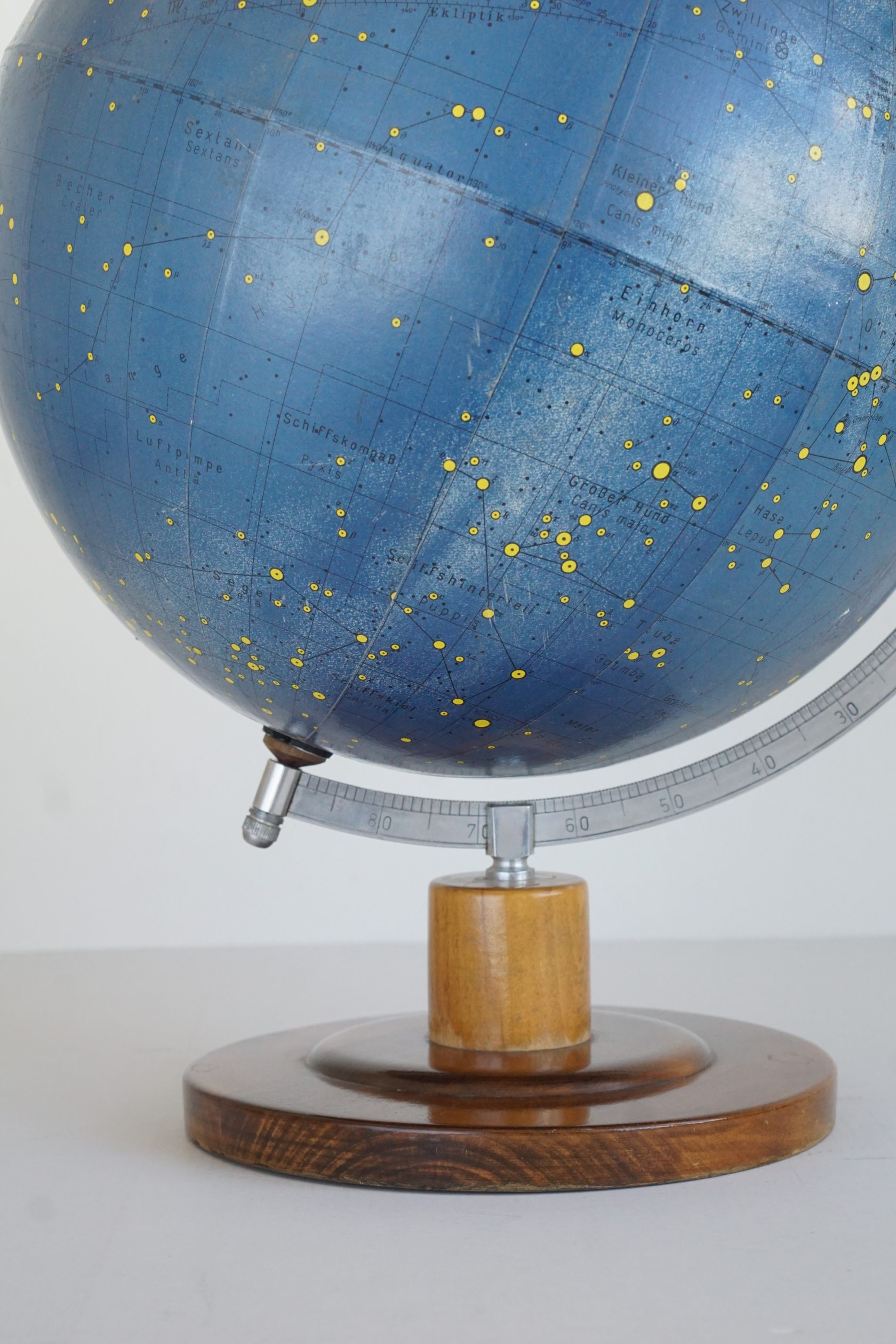 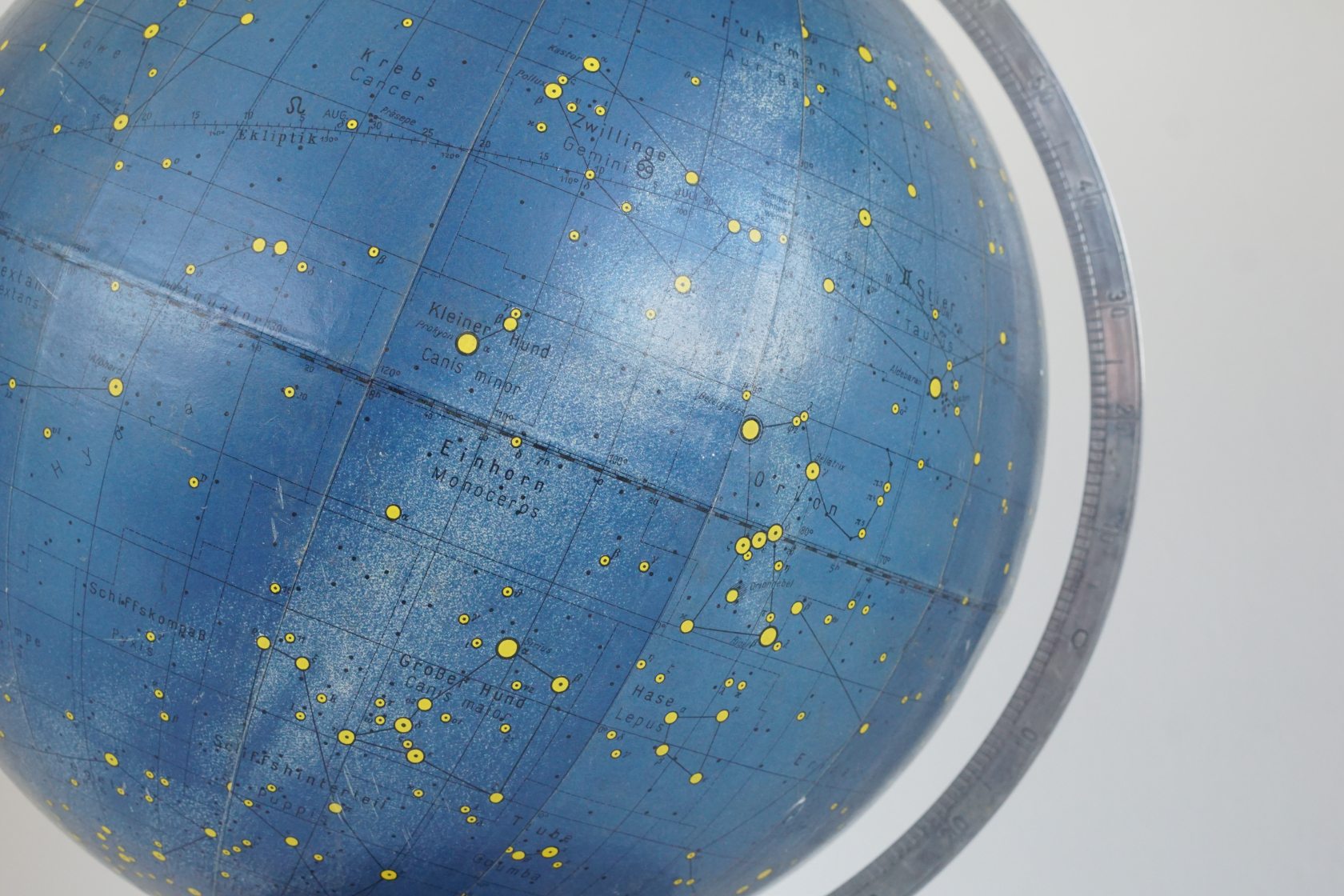 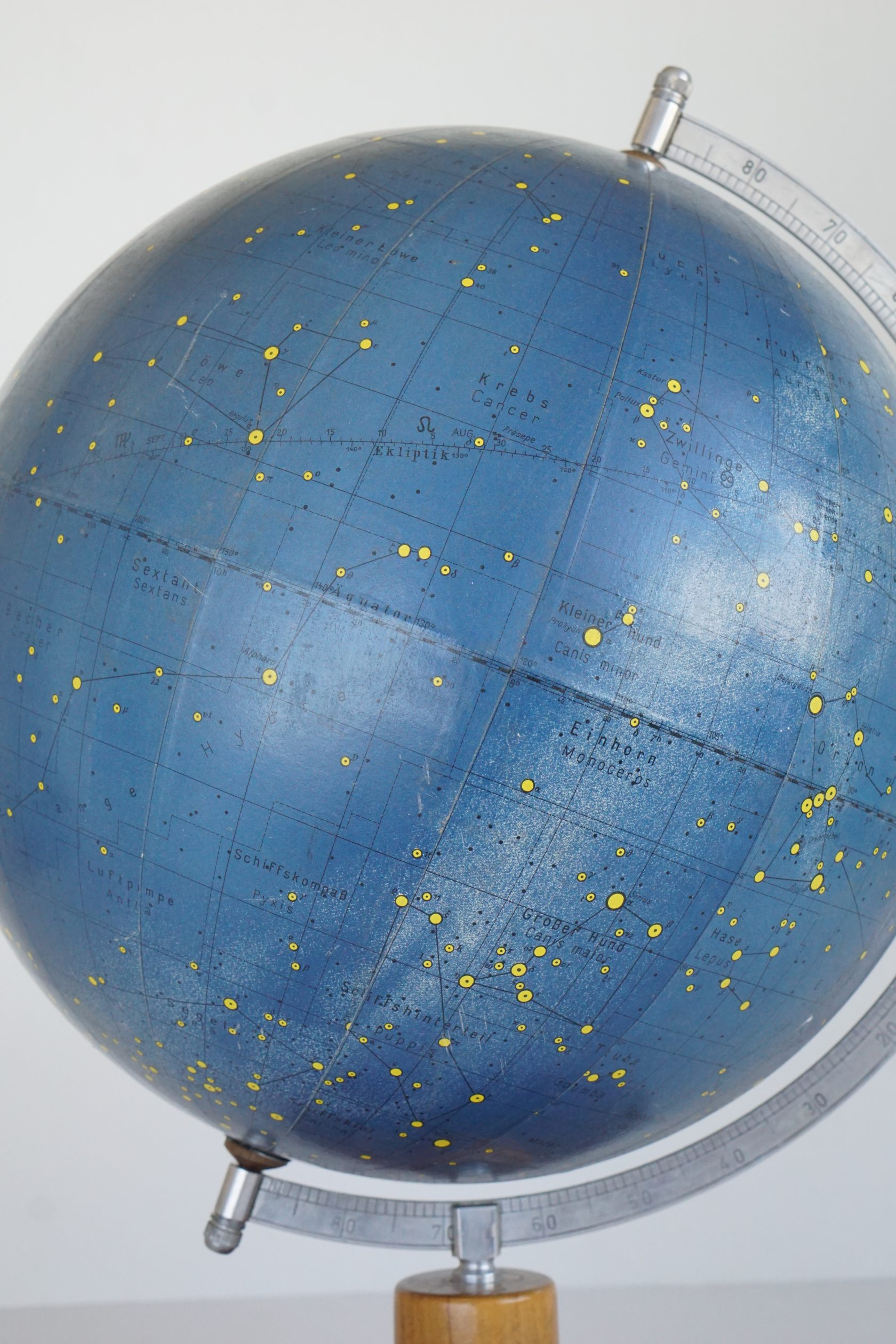 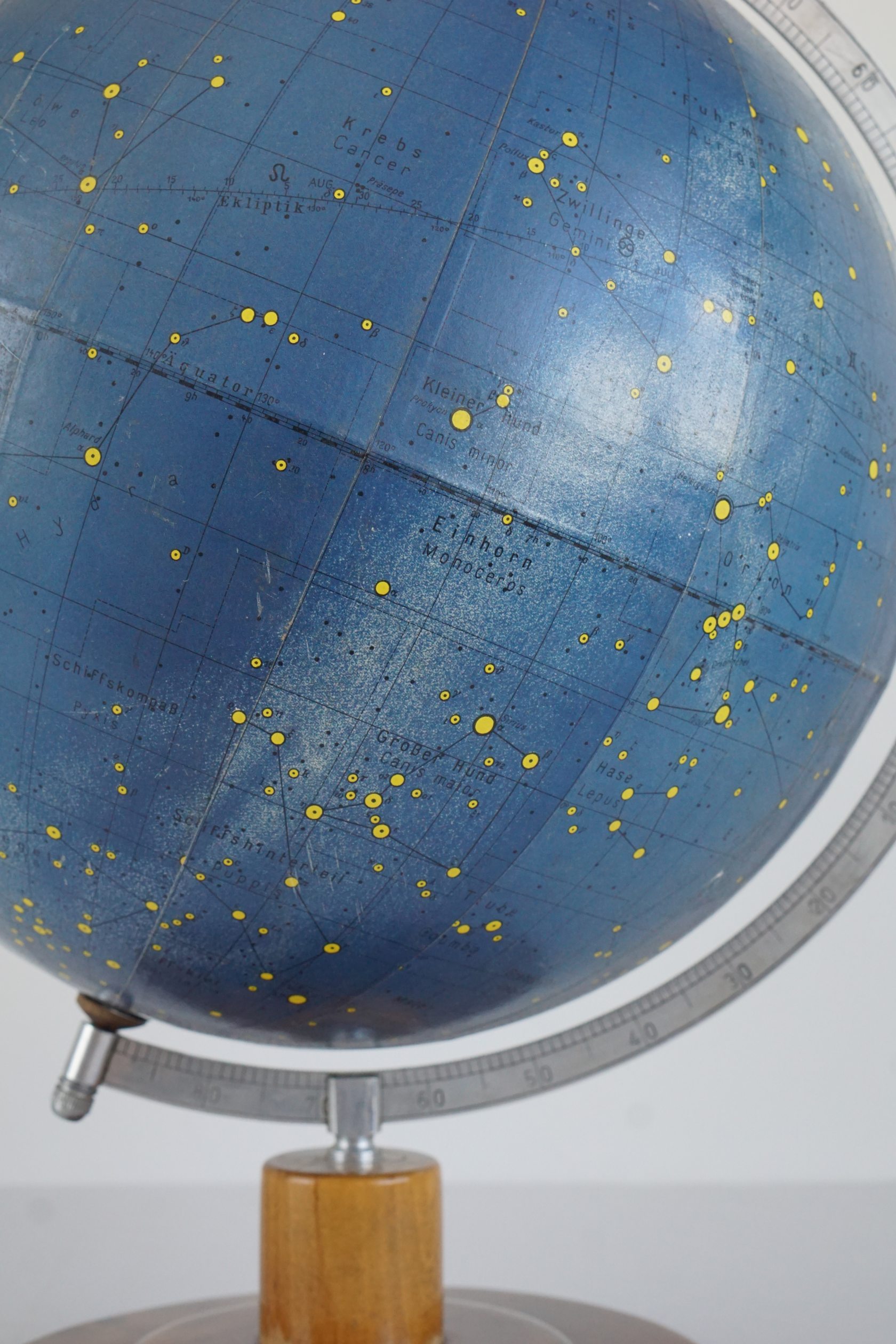 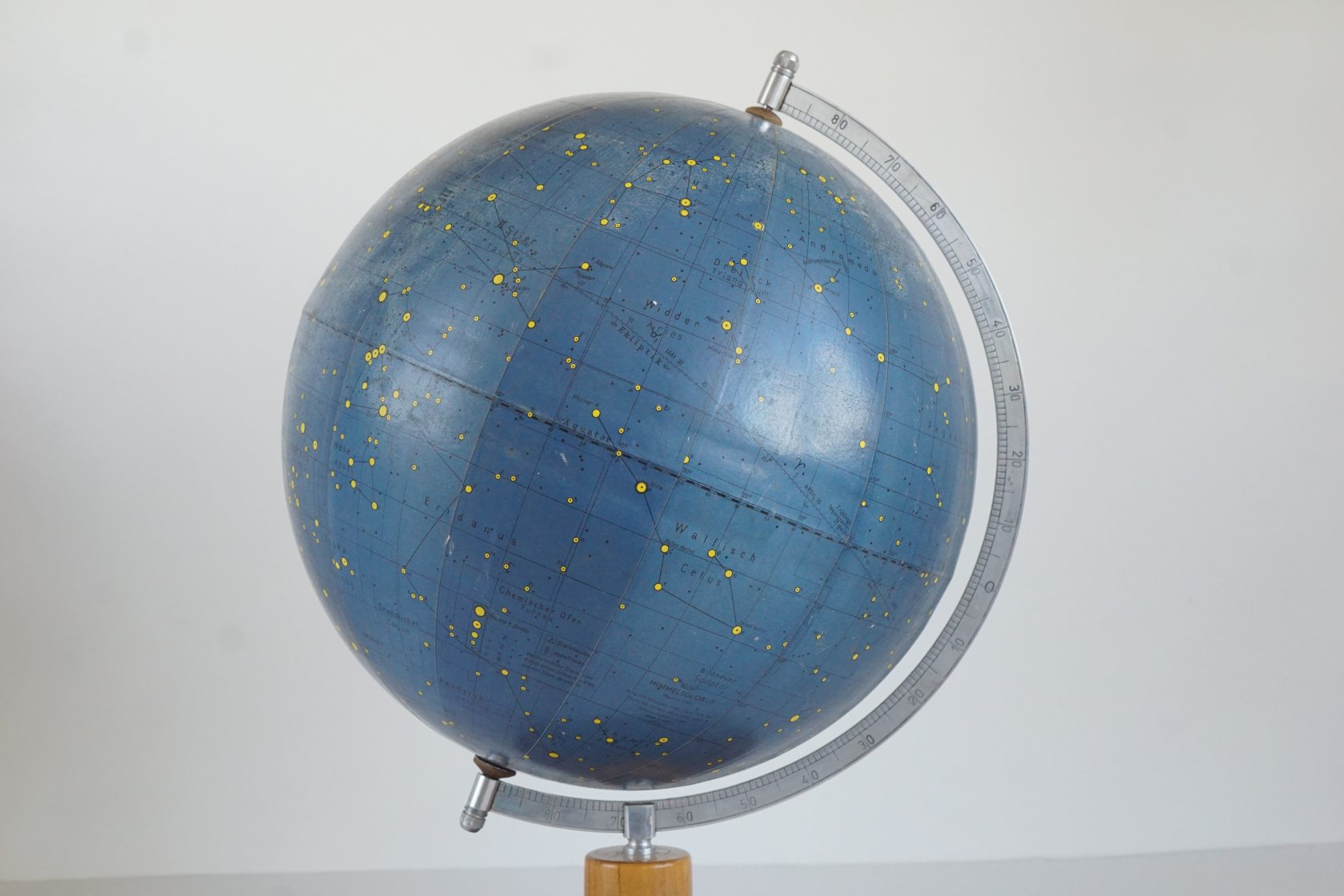 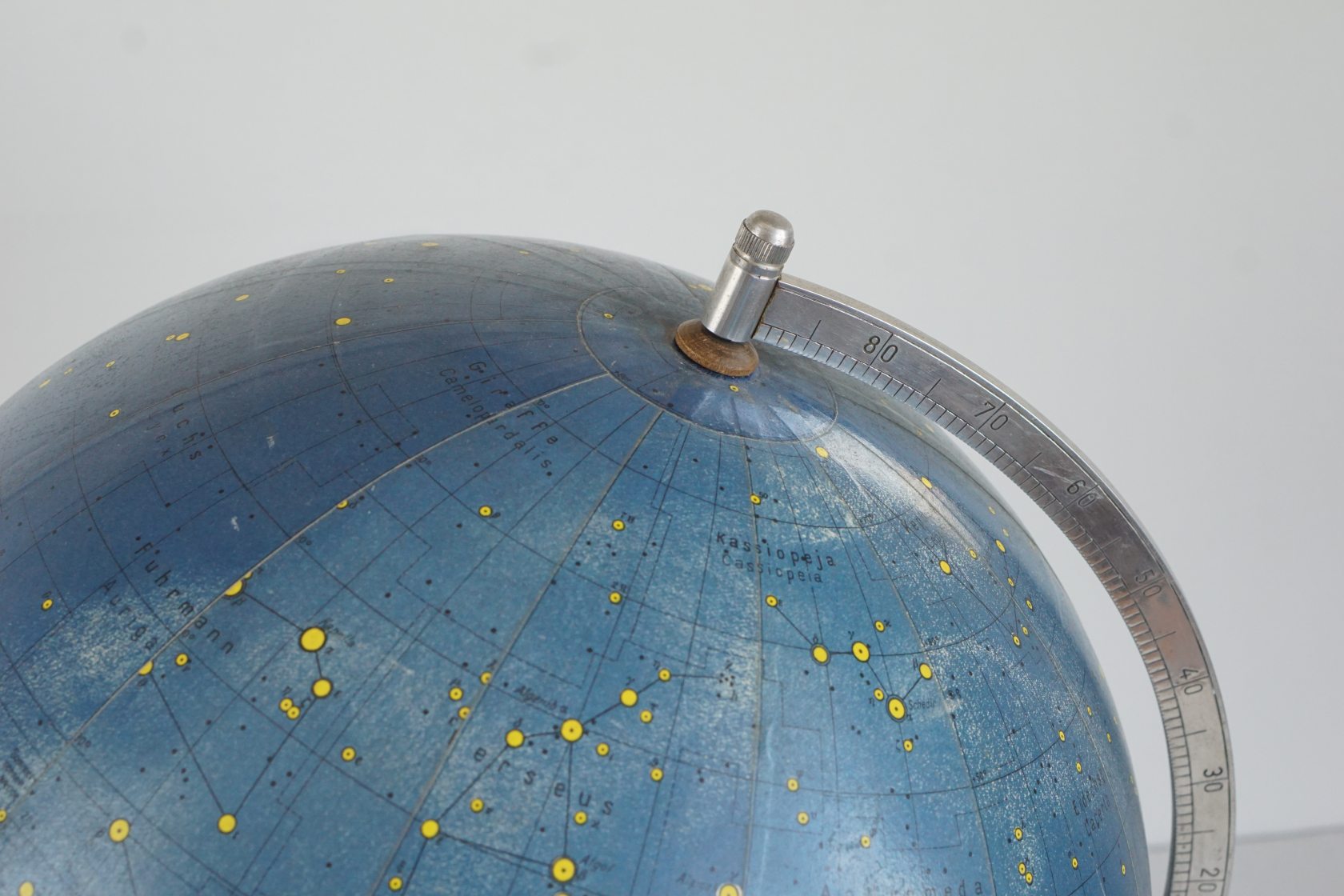 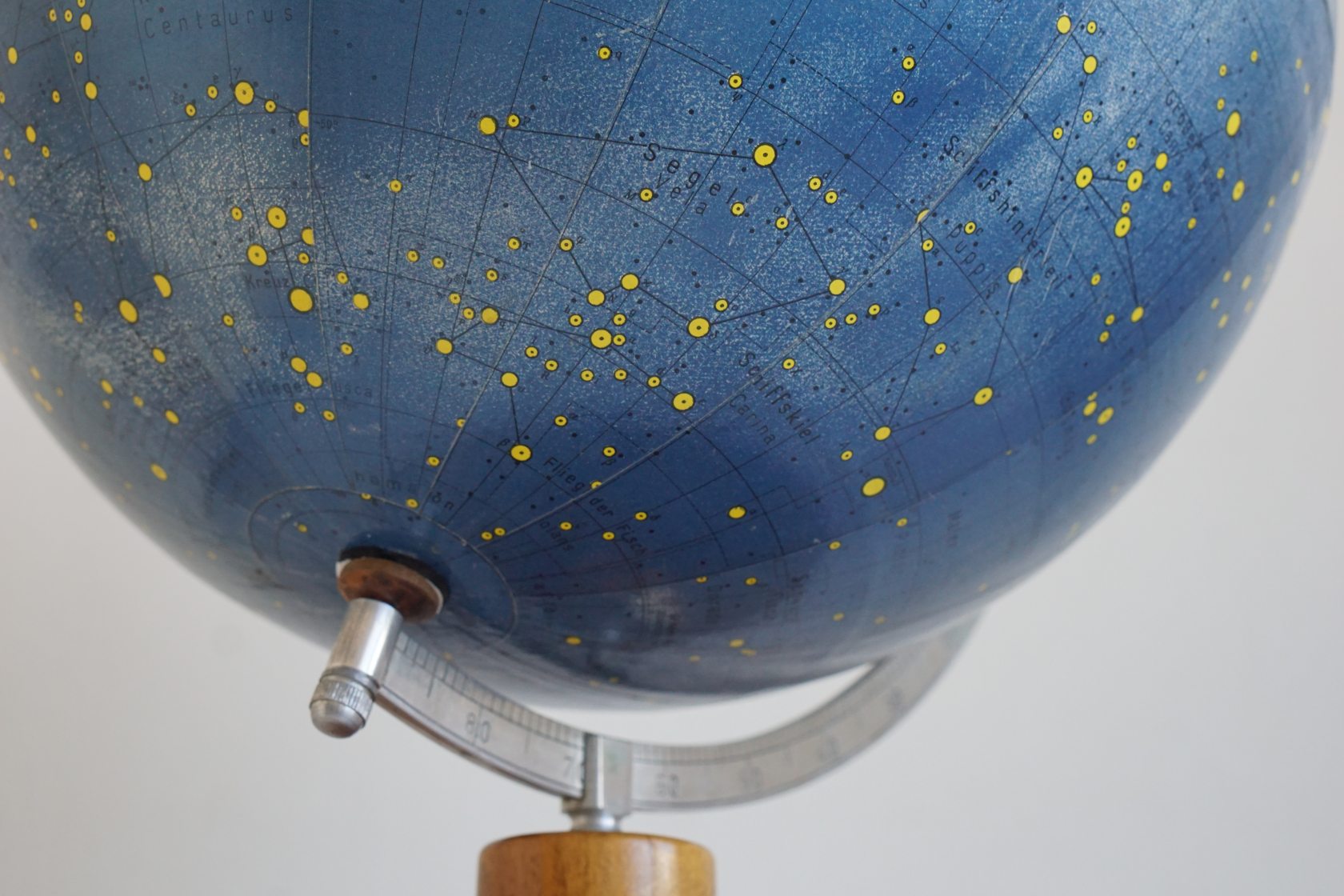 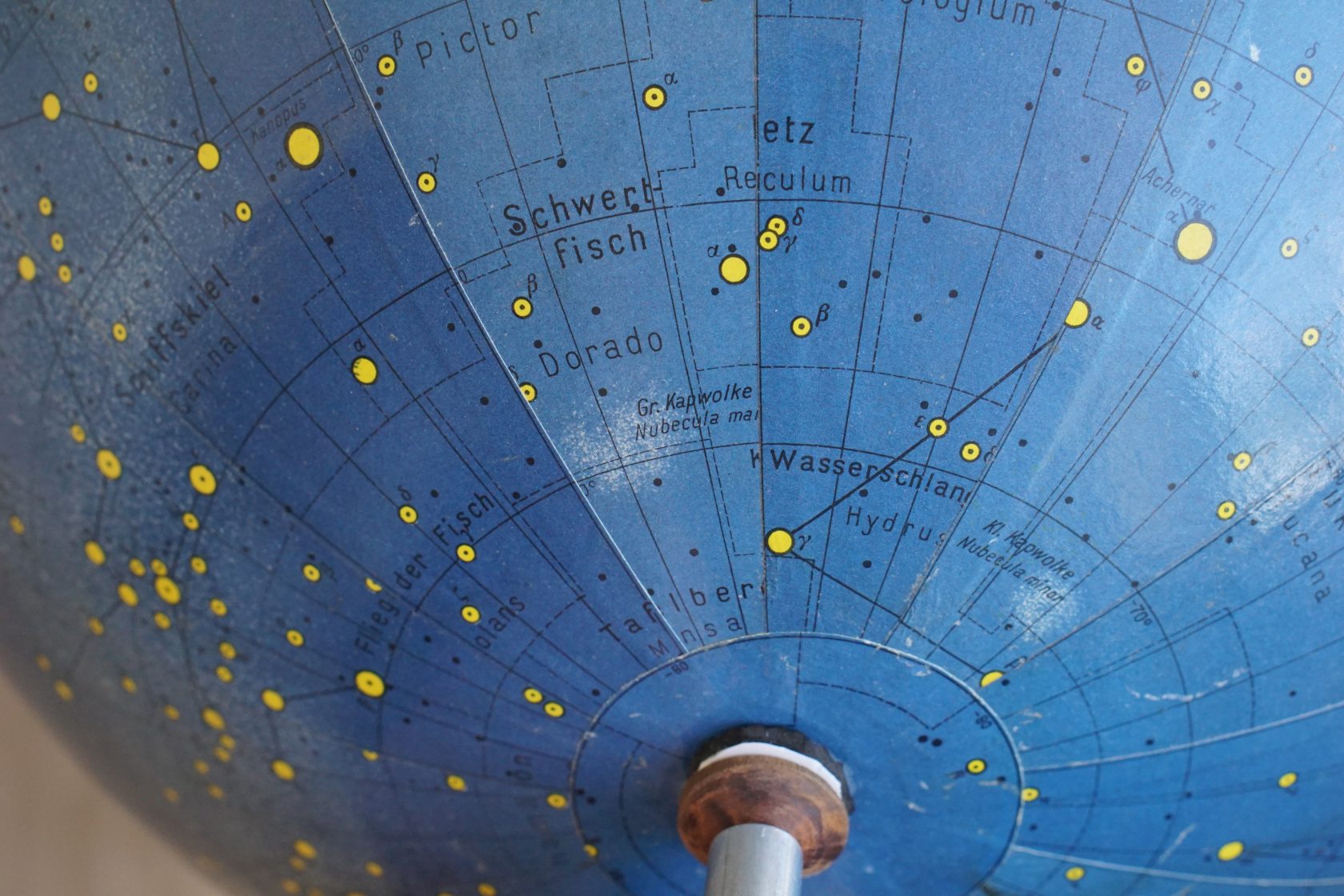 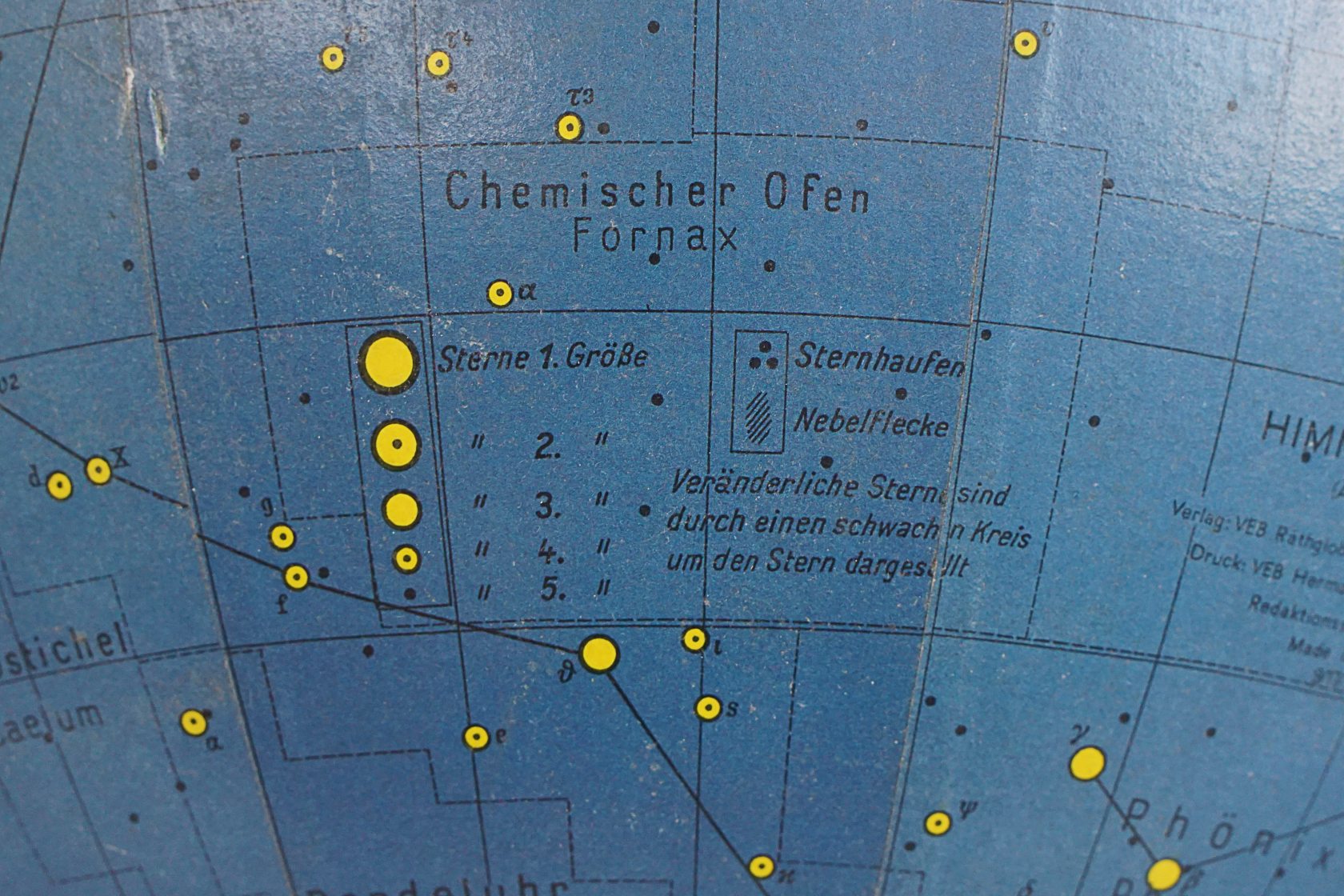 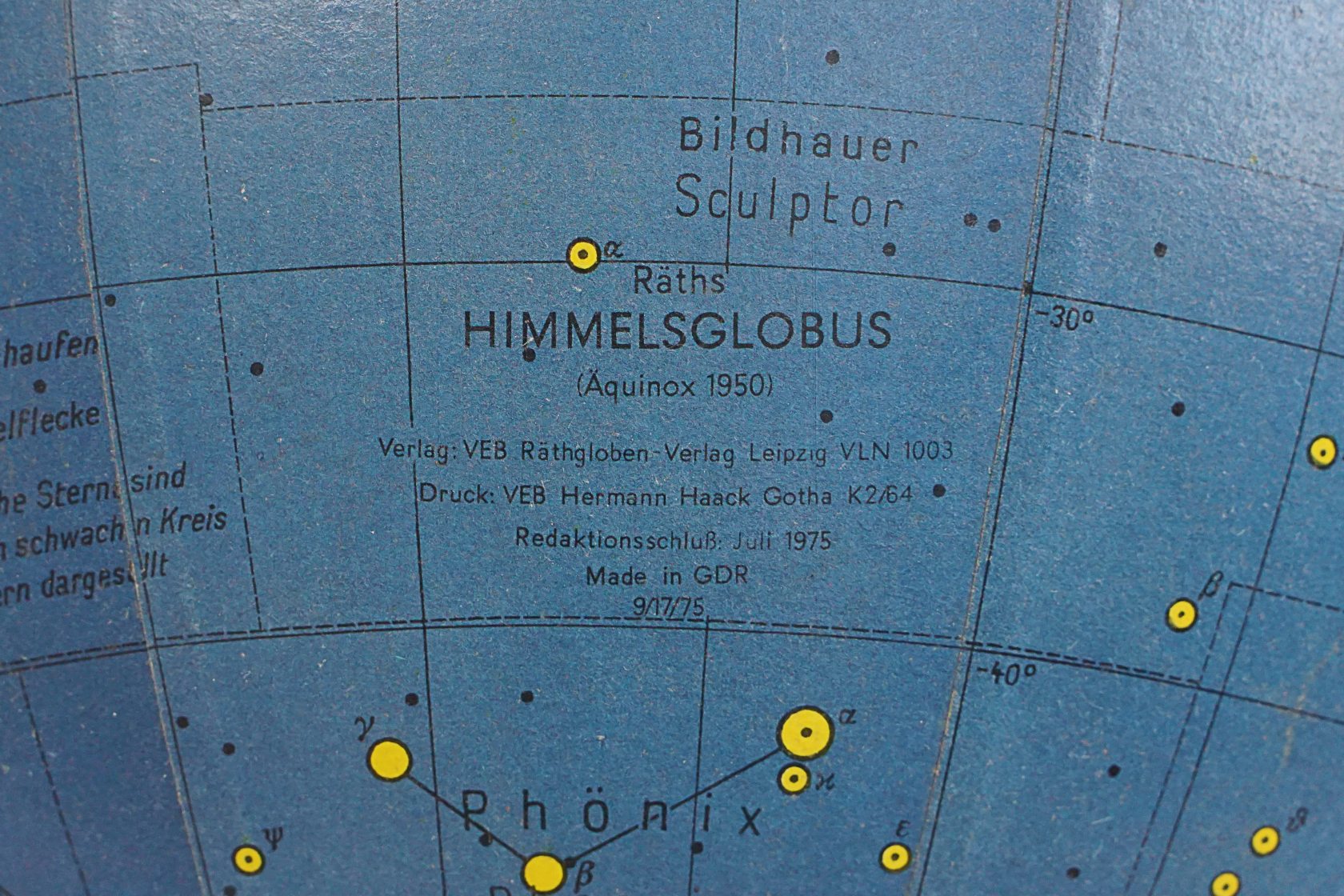 Charming rare vintage heavens globe, produced by VEB Räthsgloben in Leipzig (former East Germany) in the second half of 20th century. This celestial globe on a wooden base has been in production since 1950 for at least 25 years without any major changes. The globe portrays 5 different categories of stars based on their size and also constellations, zodiac signs, nebulae, fog spots and the milky way. Changeable stars are represented by a weak circle around the star. The constellations have their names shown in German as well as Latin language. The stars forming constellations are marked with greek letters.