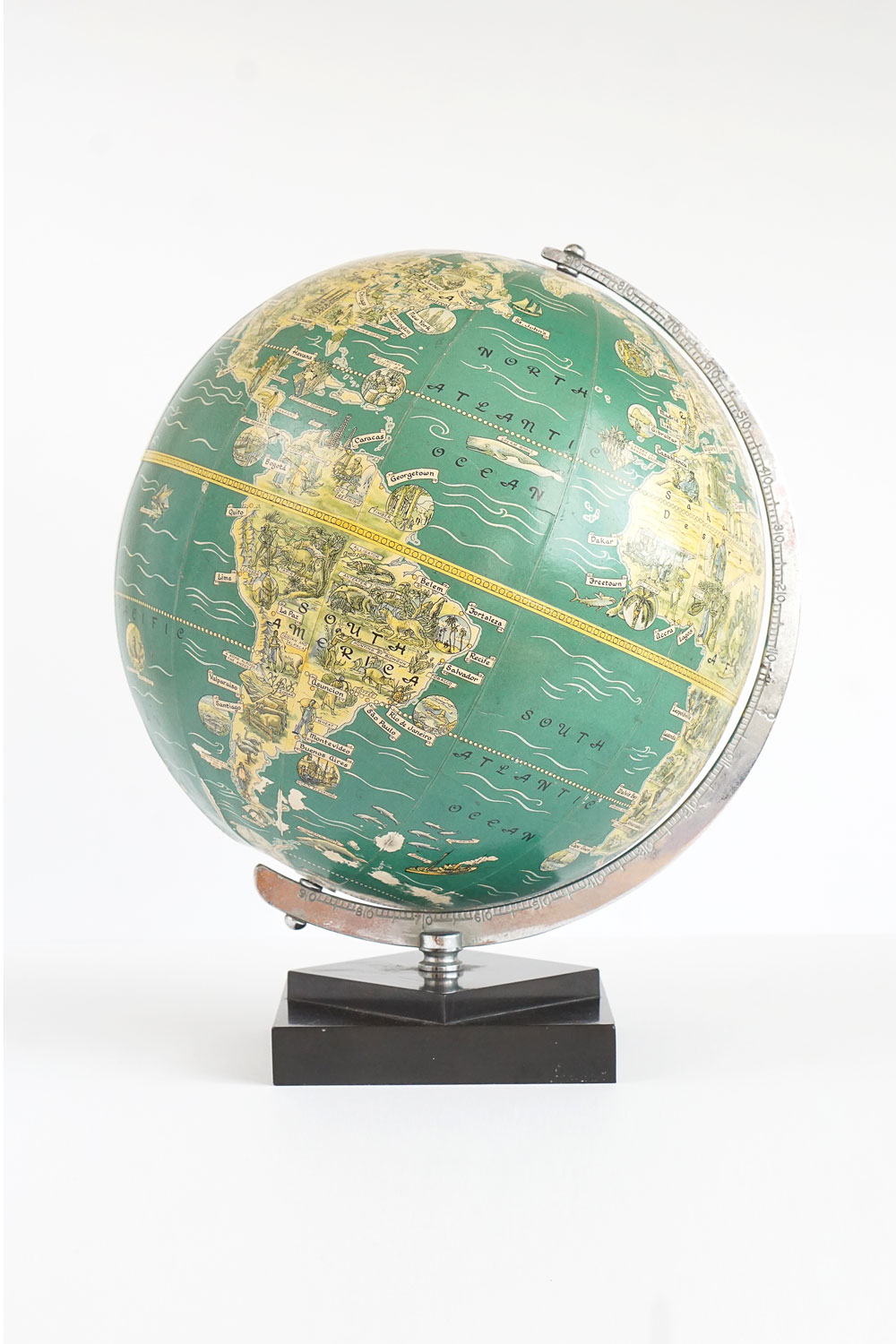 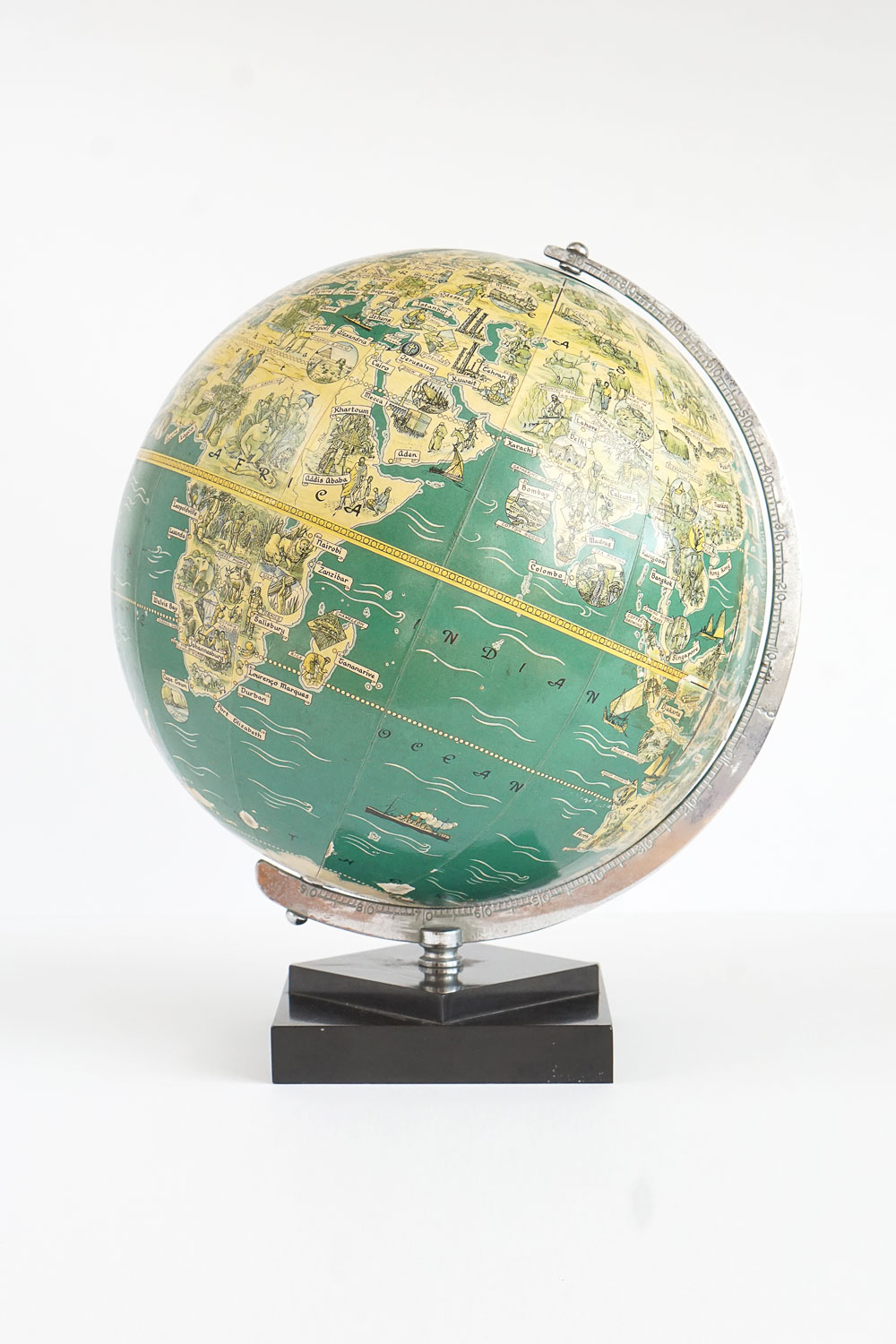 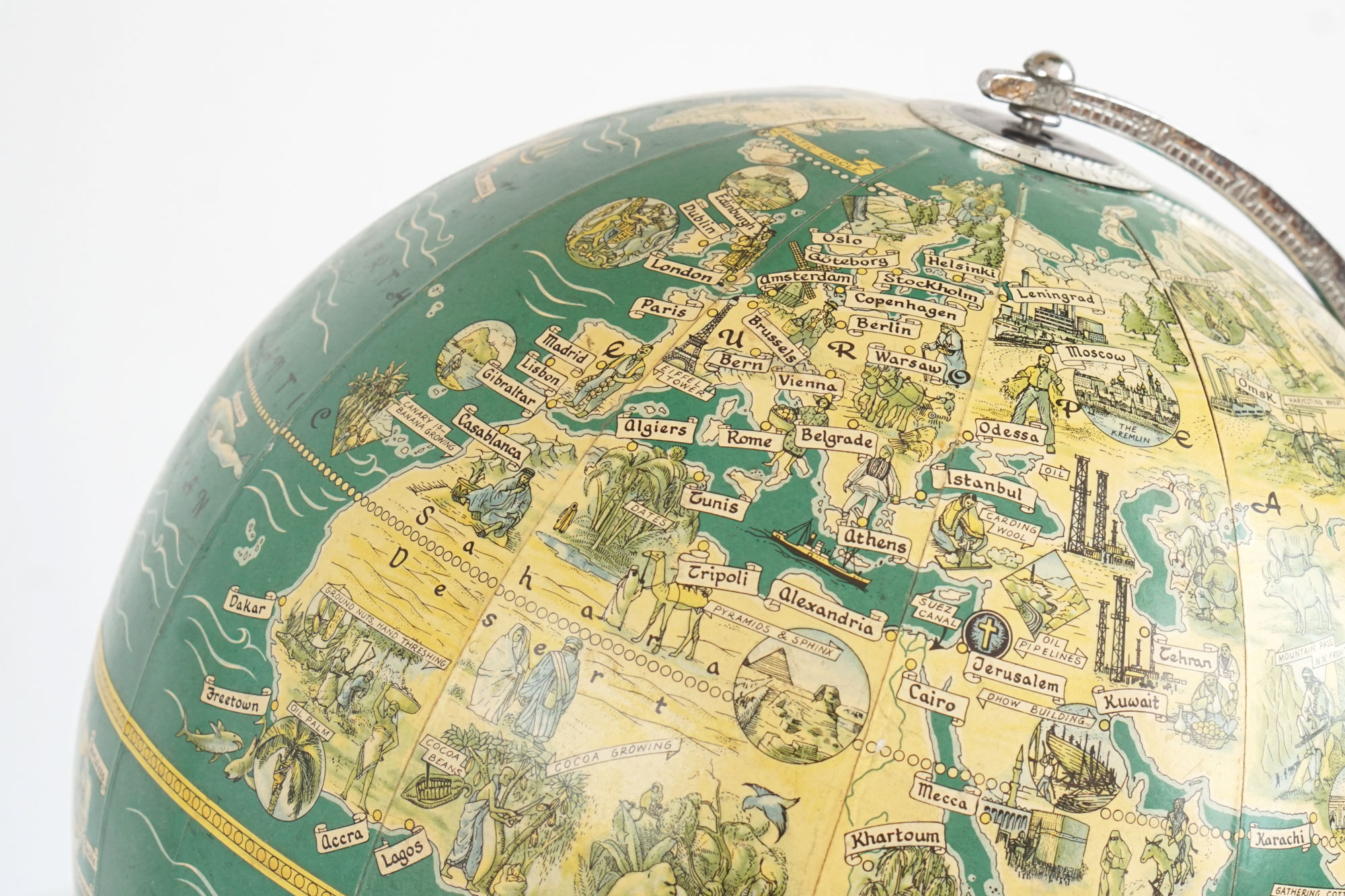 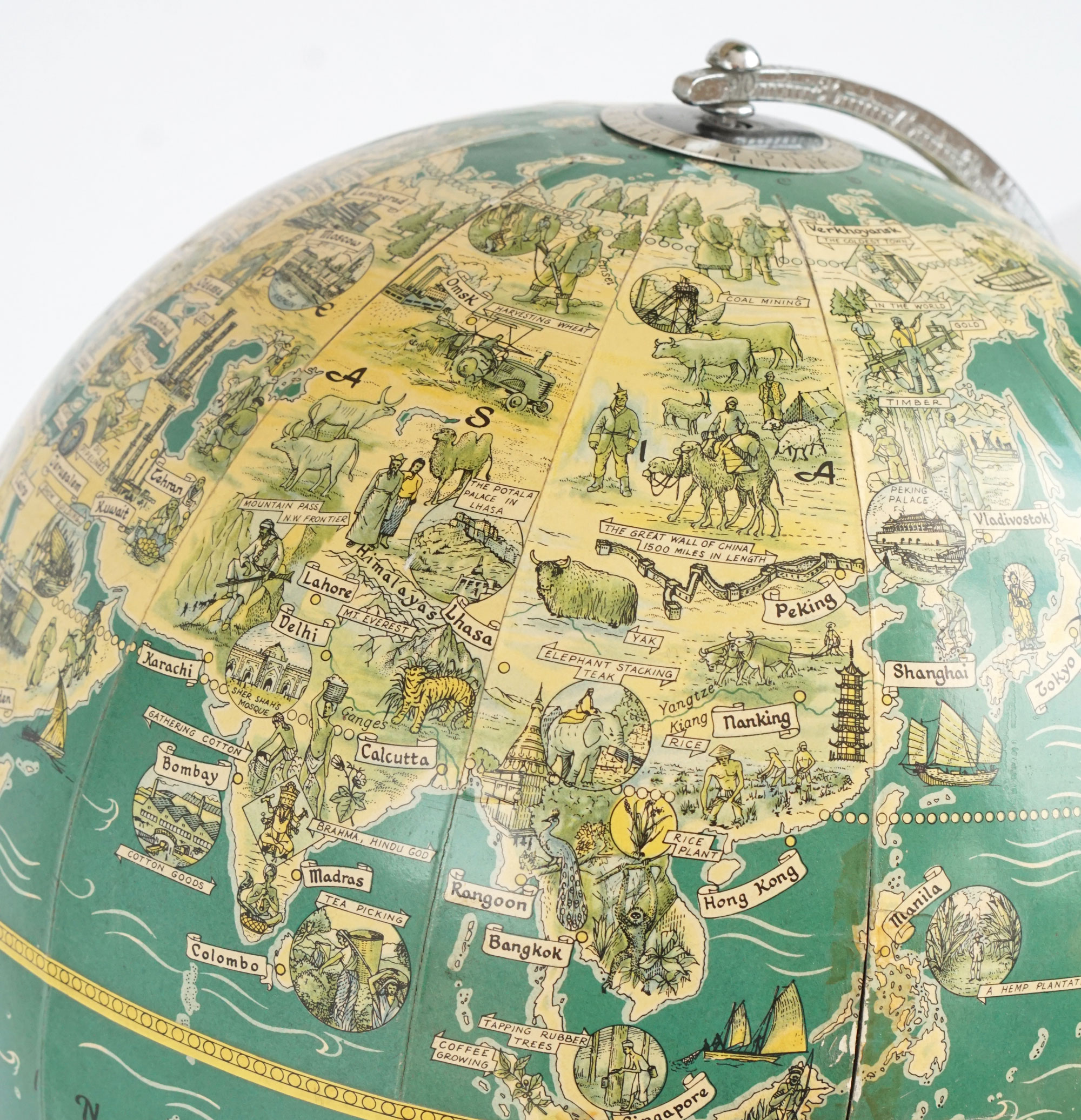 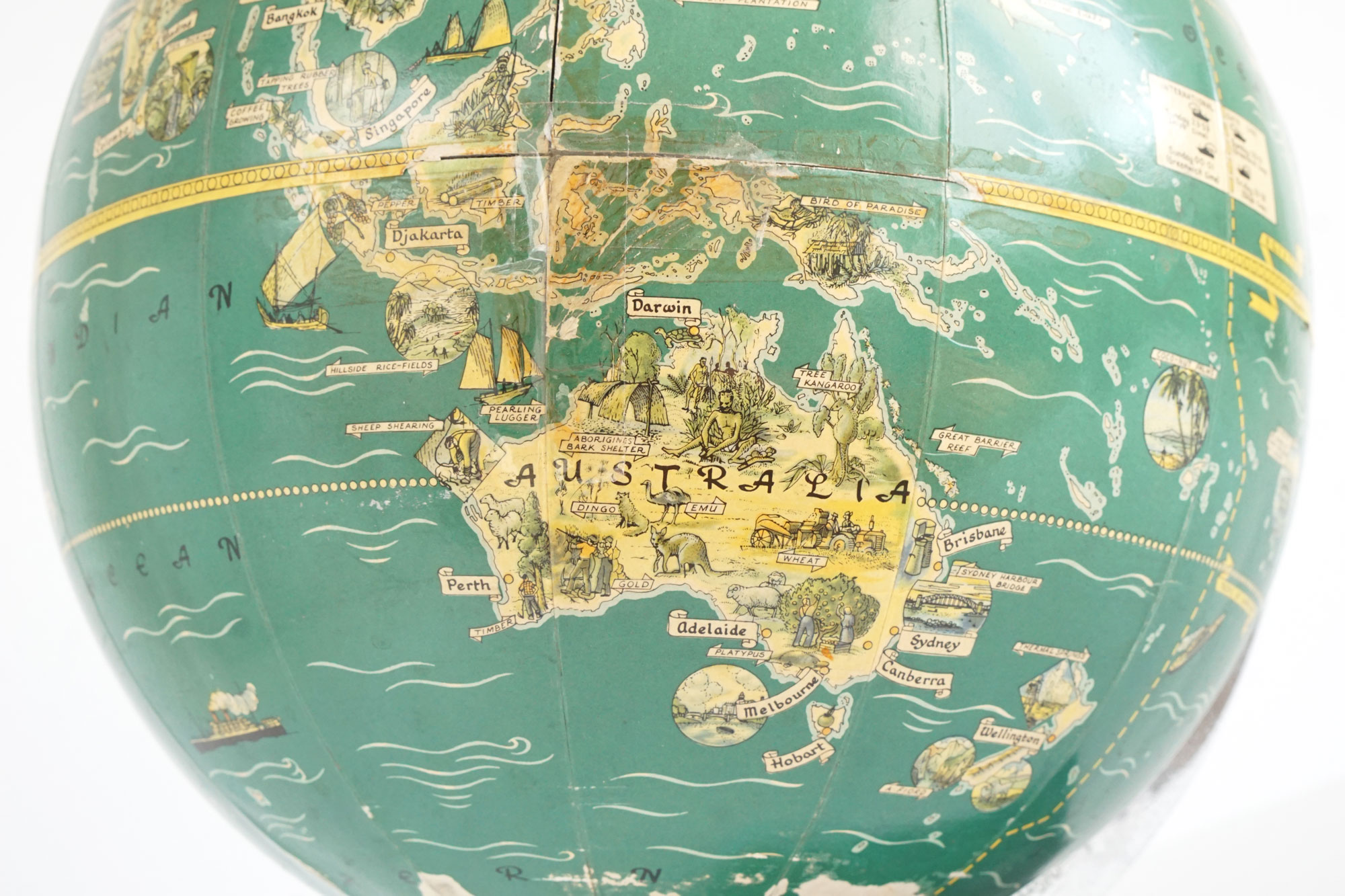 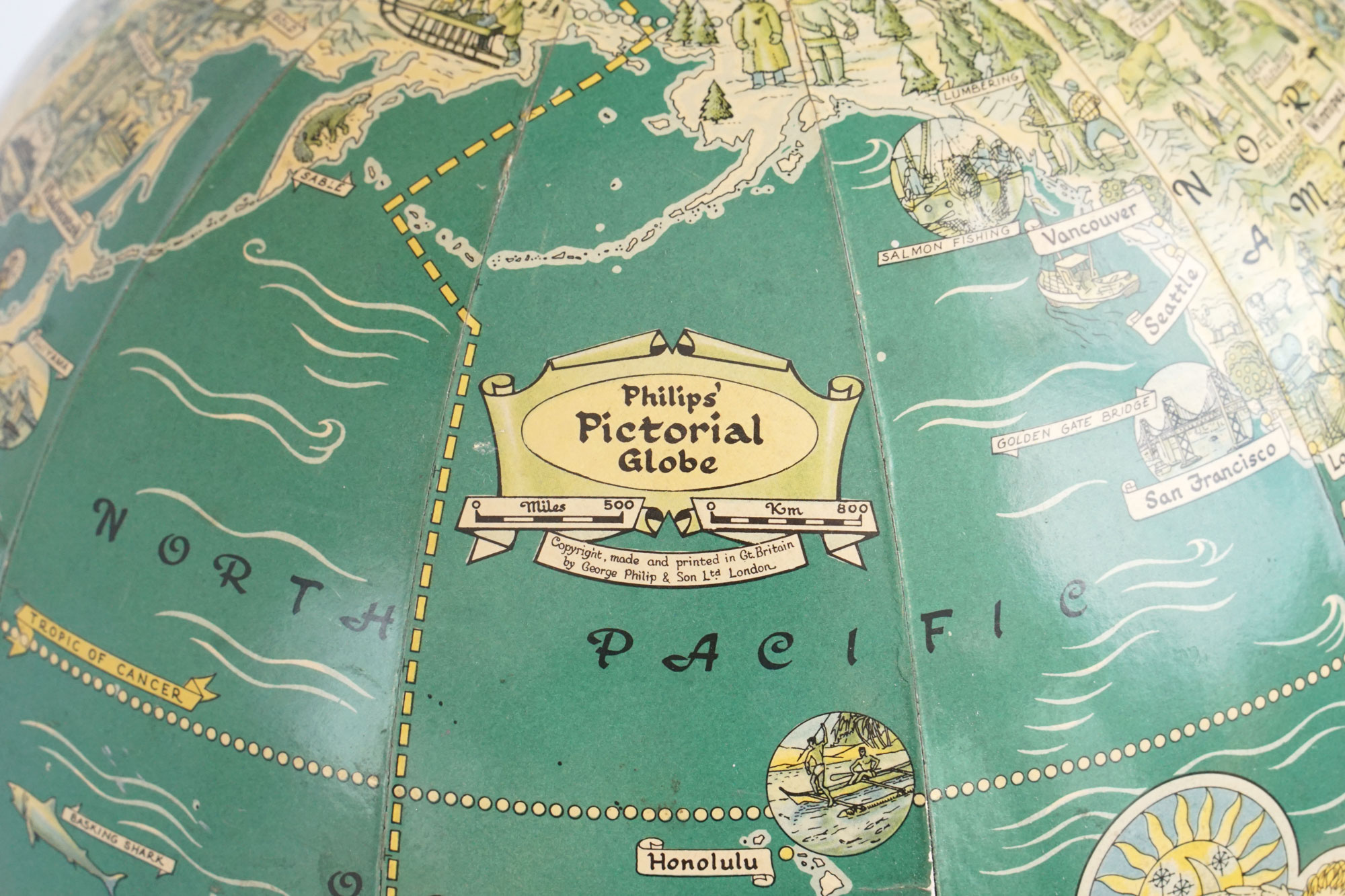 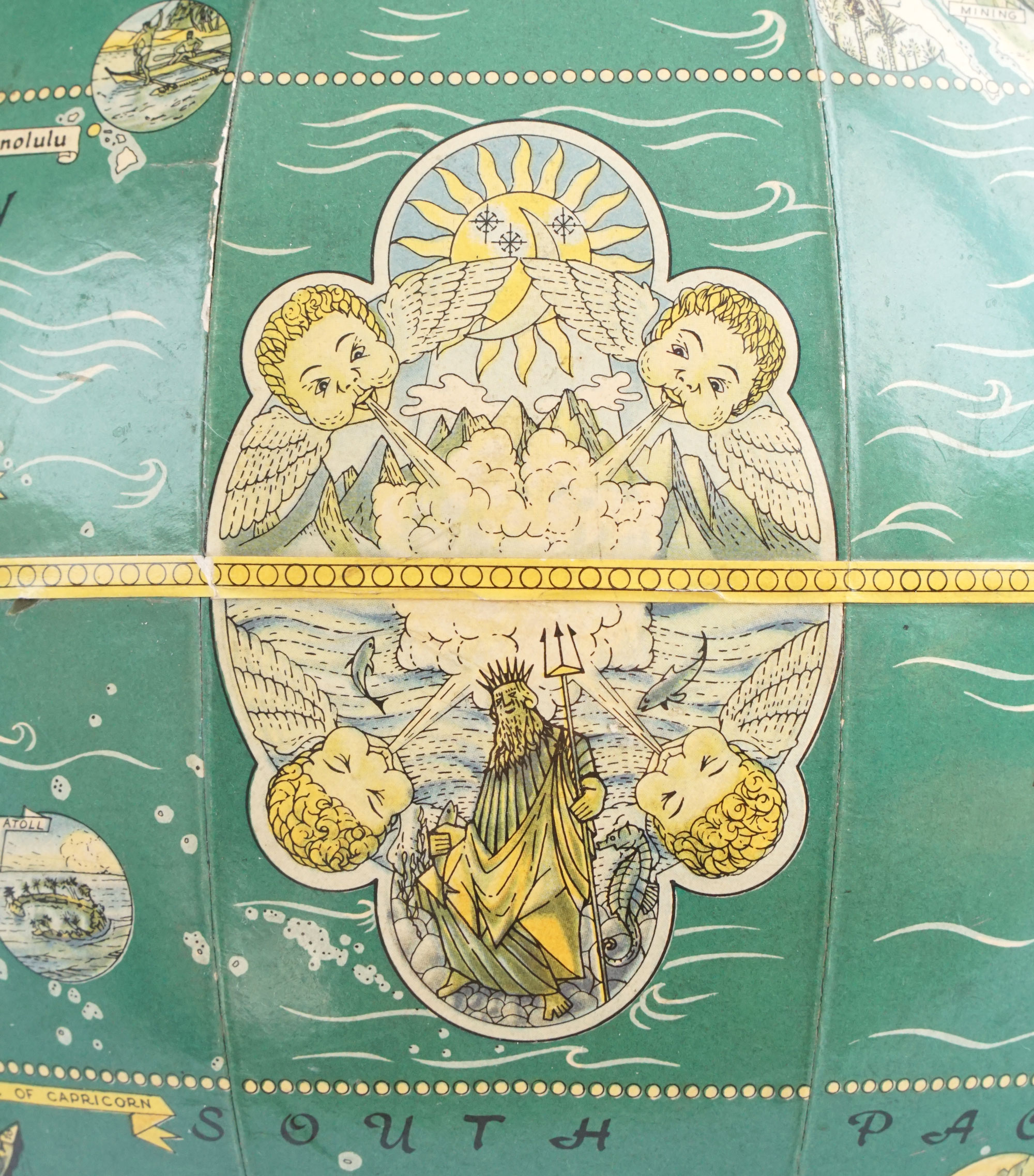 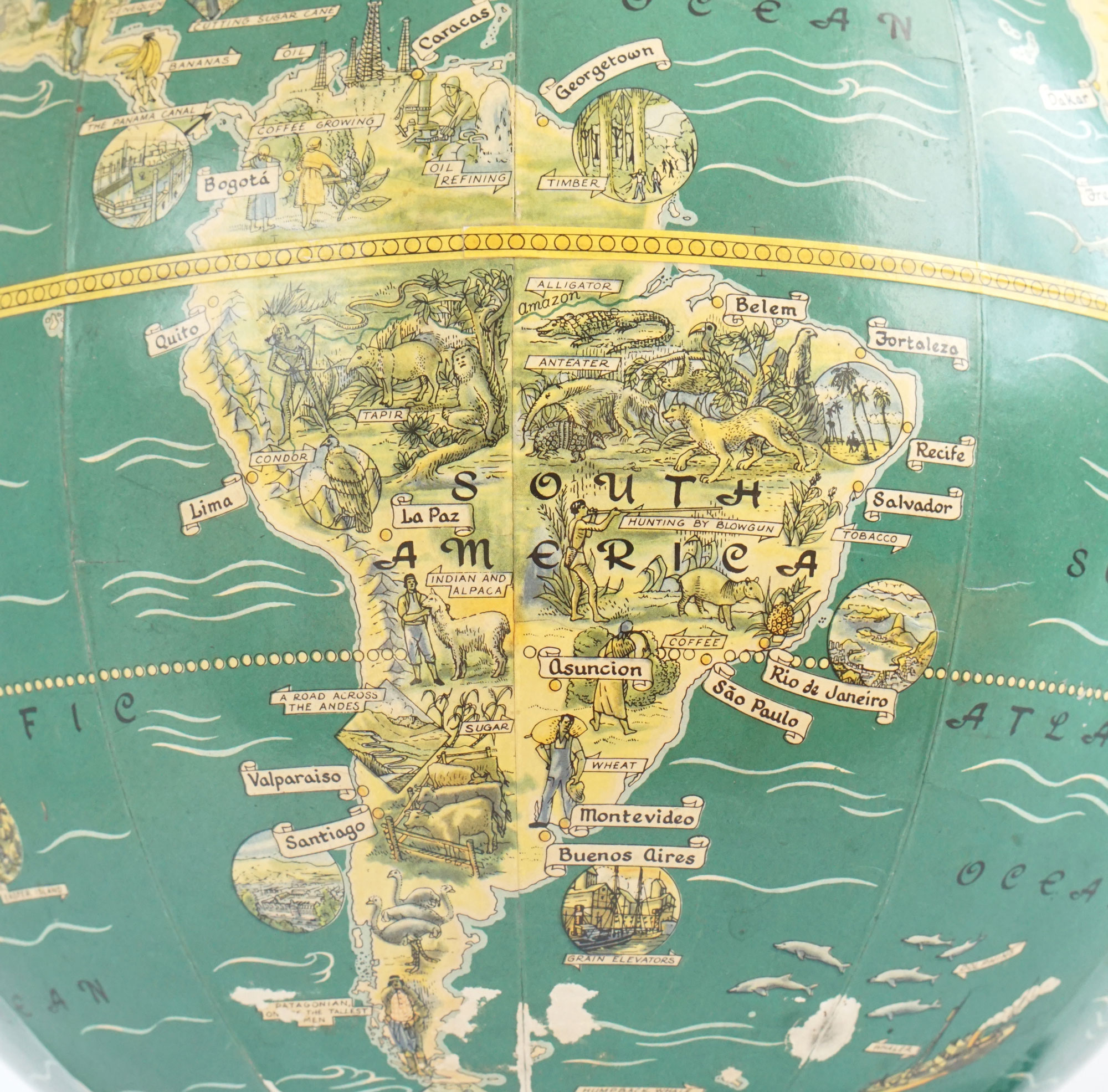 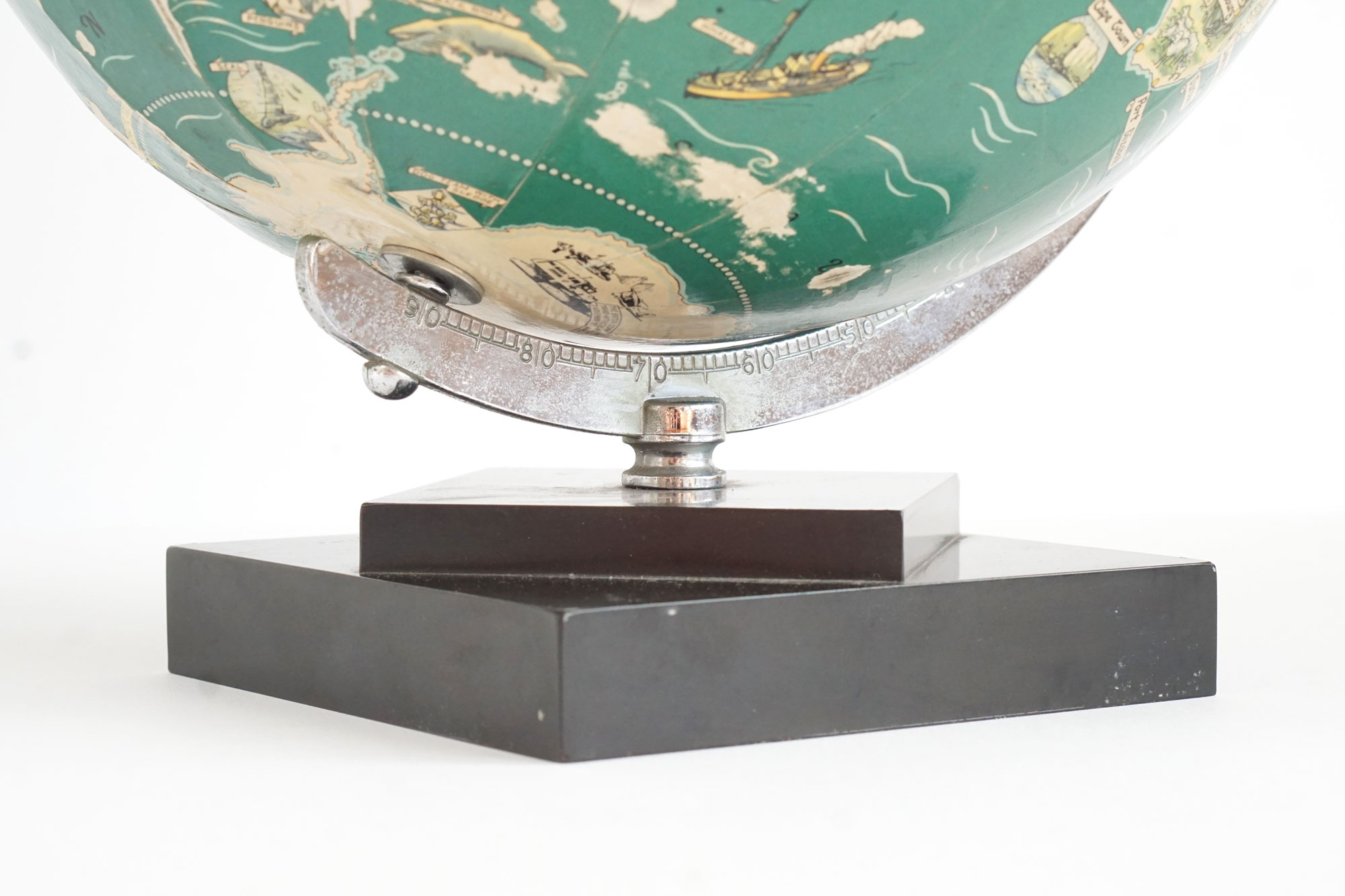 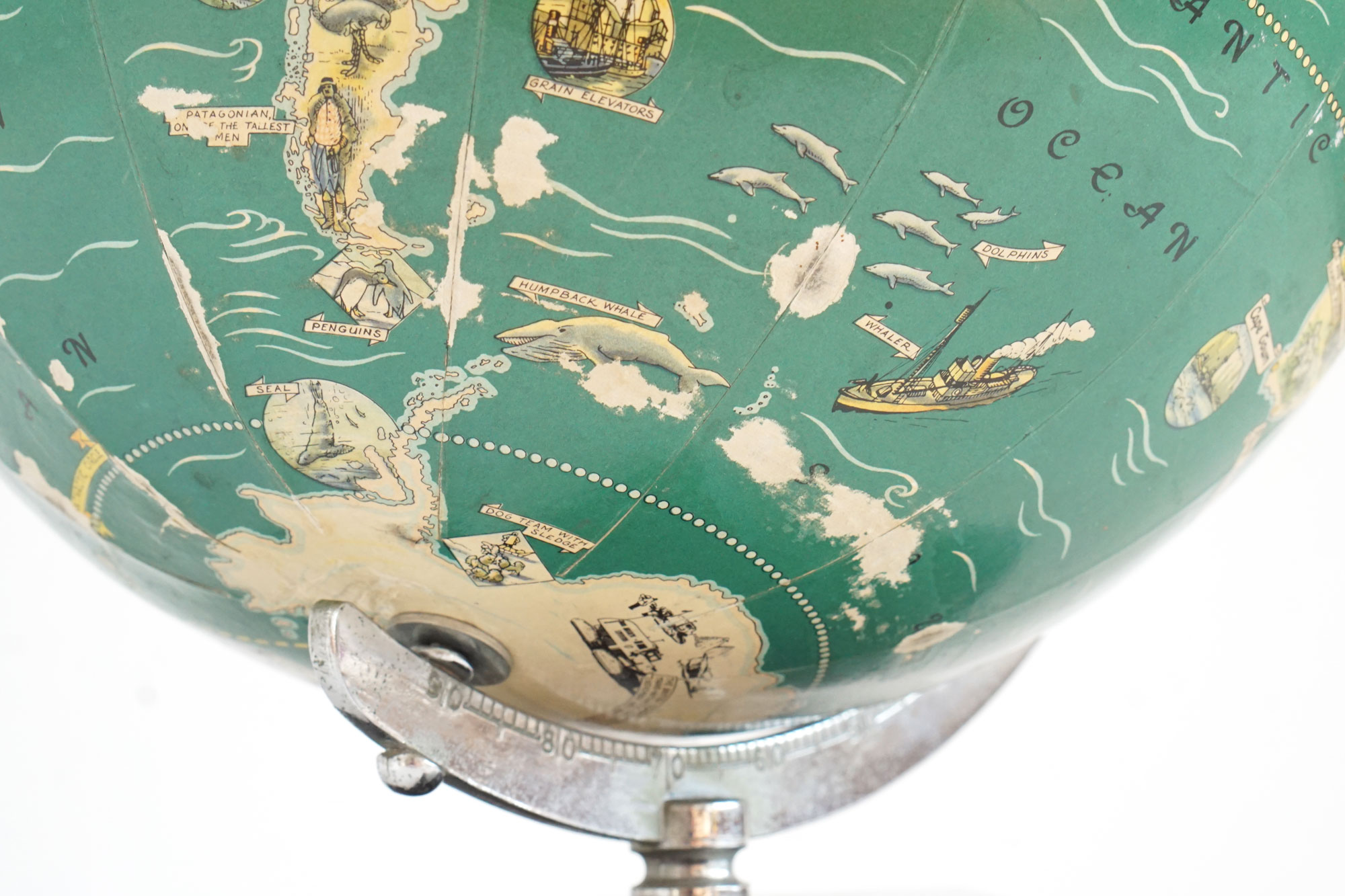 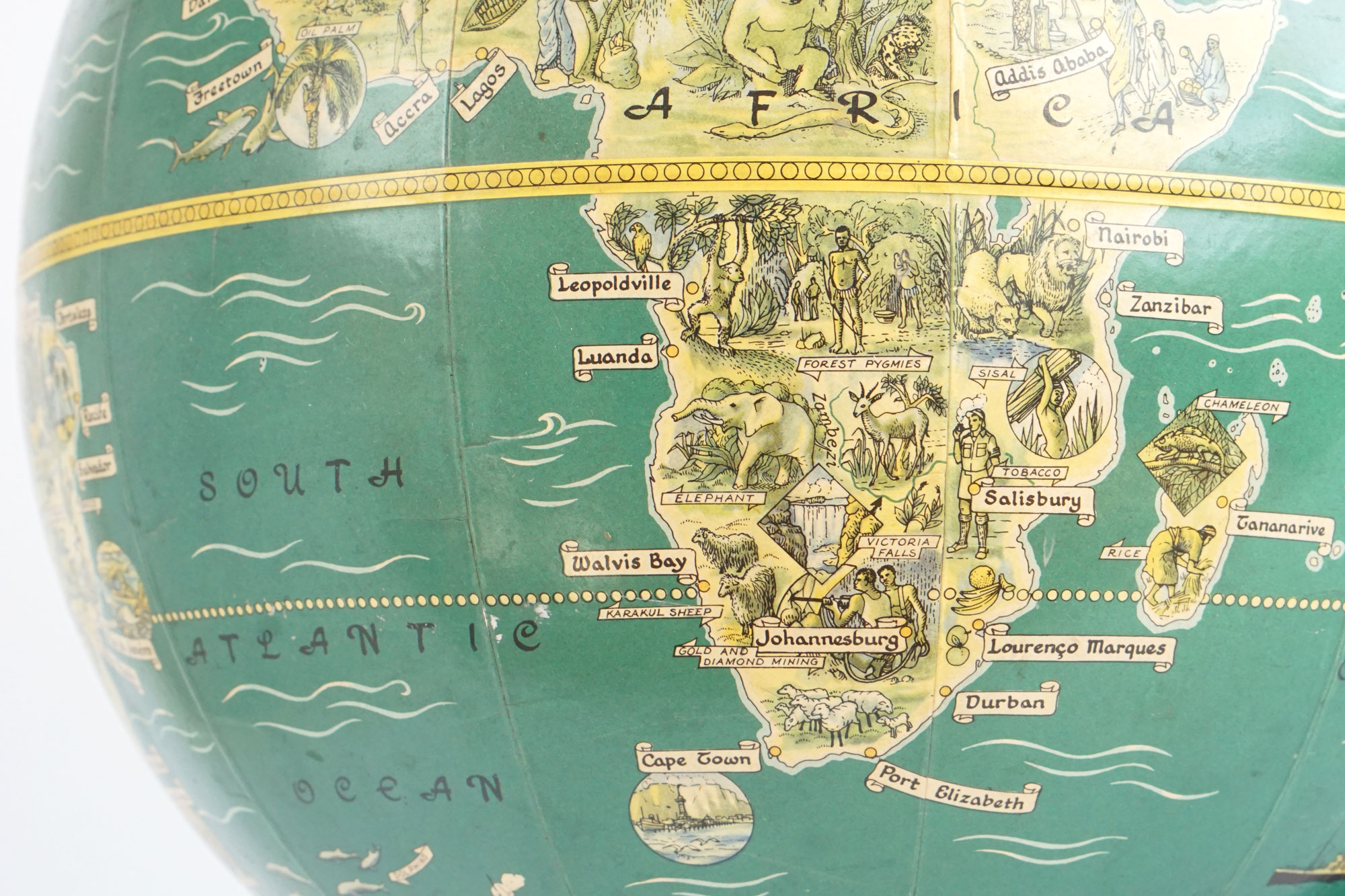 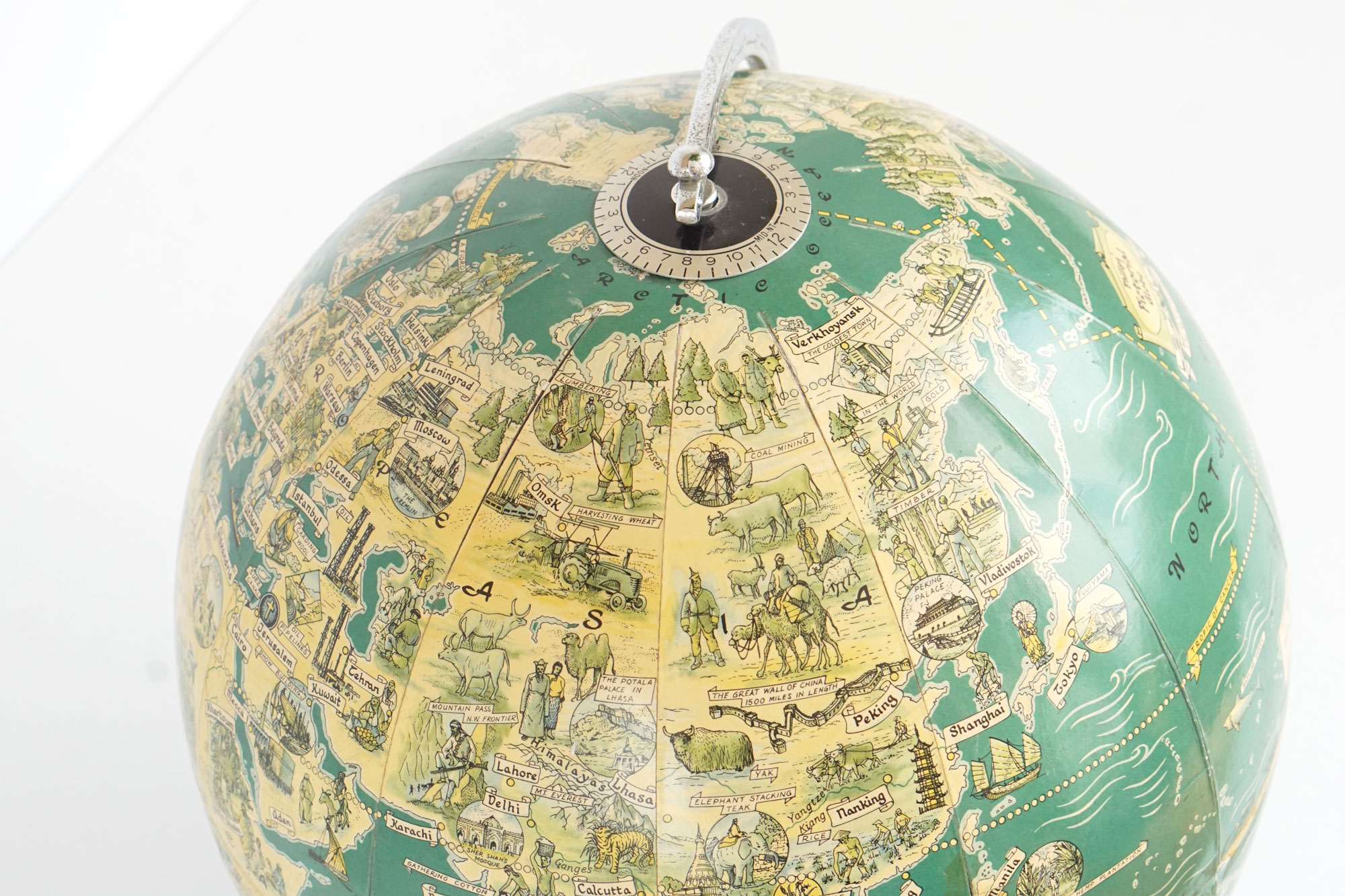 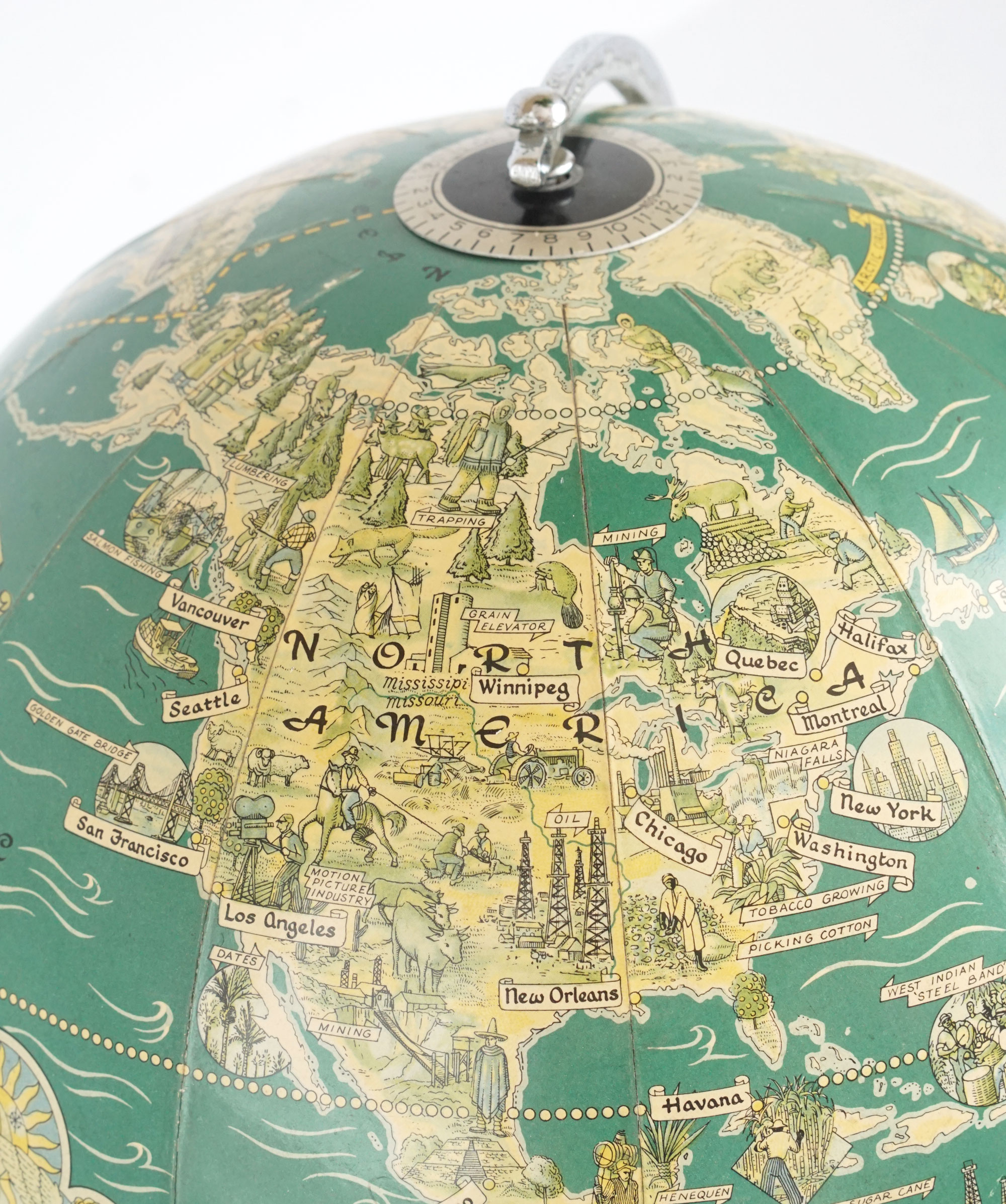 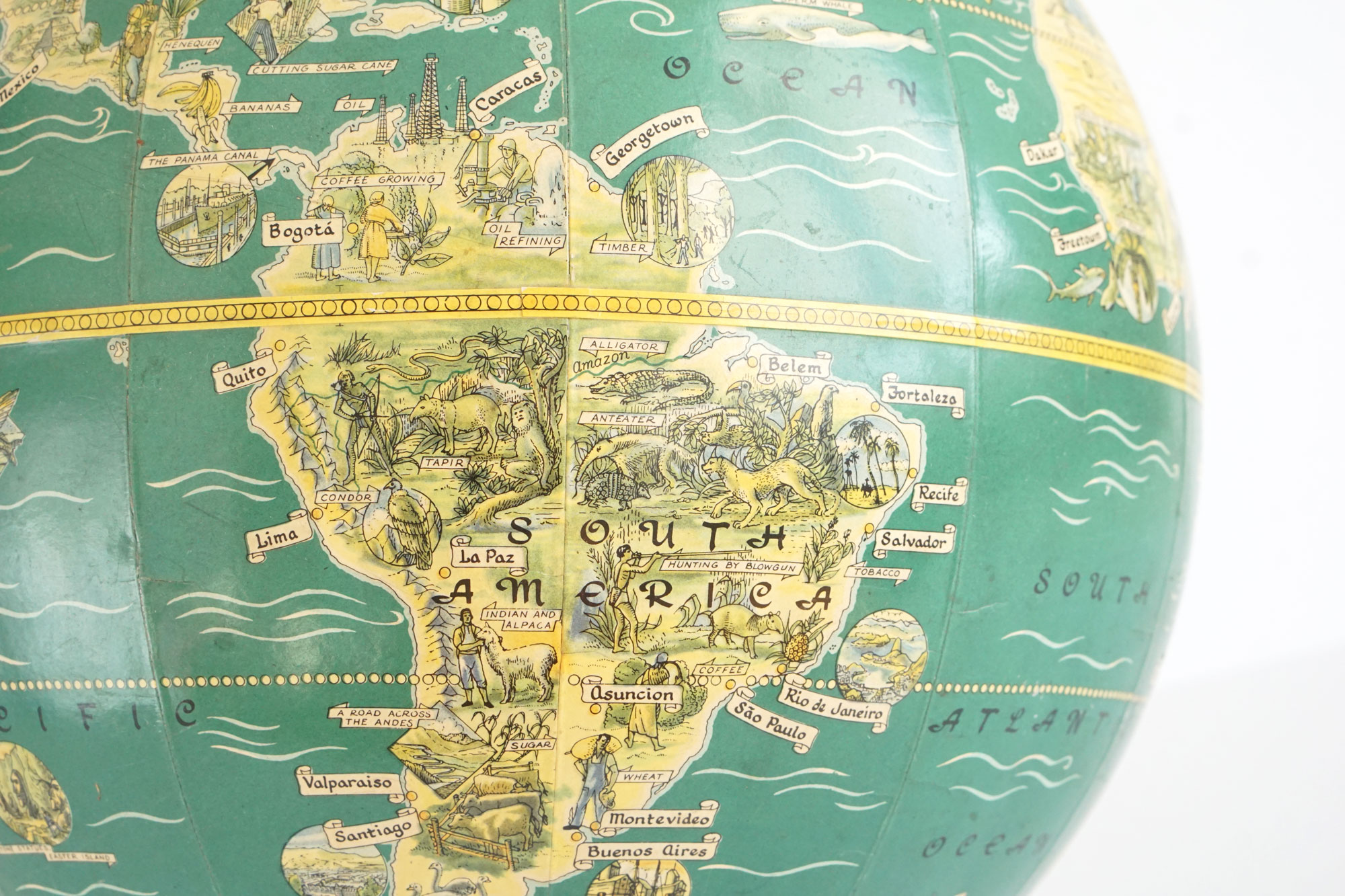 Scarce pictorial globe produced by Philip & Son Ltd. in London circa 1958 (dated from the British commonwealth trans-Antarctic expedition, portrayed in Antarctica, which ended in March 1958). The pictorial elements on the map consist of important landmarks and cities, plenty of animal species, principal crops, main industrial and agricultural products and plants, ships, people and cultural and religious symbols from all around the world. There is literally hundreds of illustrations present, among which are for example the great pyramids of Giza, the Moscow Kremlin, the Great wall of China or the Peking's Forbidden city imperial palace, Easter islands stone statues, San Francisco's Golden Gate bridge and Los Angeles motion picture industry, New York skyline, the Panama canal, the Paris Eiffel tower, Victoria falls in Africa, Scott's expeditions to South pole or the oil pipelines and refineries in the Middle East, USA and Venezuela. A decorative illustration of Neptune is present around equator in the pacific Ocean, surrounded by four winged cherubs blowing wind.

To our knowledge this is the only pictorial globe produced the mid 20th century.

The globe is scratched on several places somewhat north of the south polar circle (see image #10 closely). Relatively small area around Indonesia is taped over by transparent scotch tape. The original yellow stripe over the equator has a missing part (about 8 cm long) also in the area of Indonesia (see closely photo #5). All damages are clearly shown on the photos.