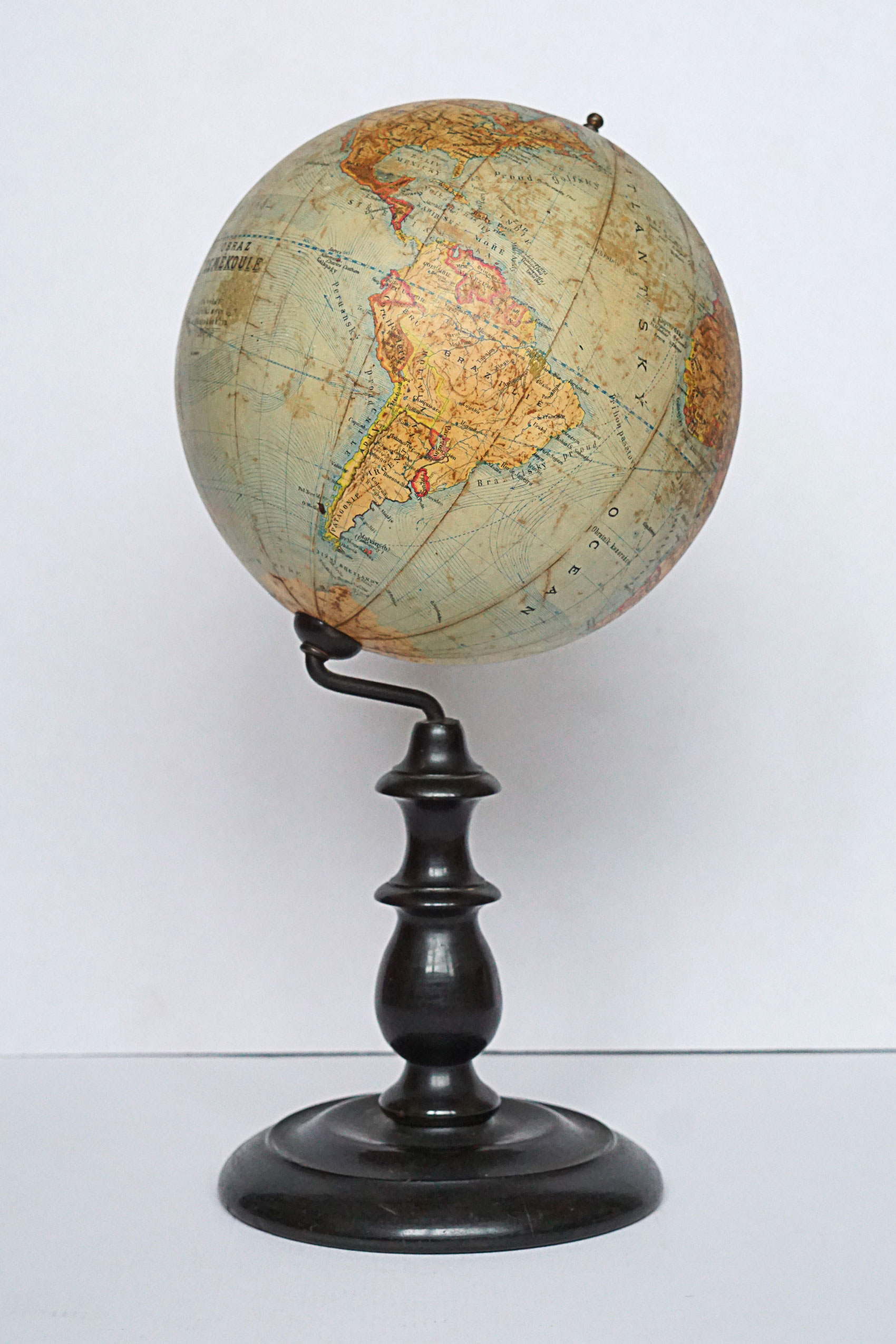 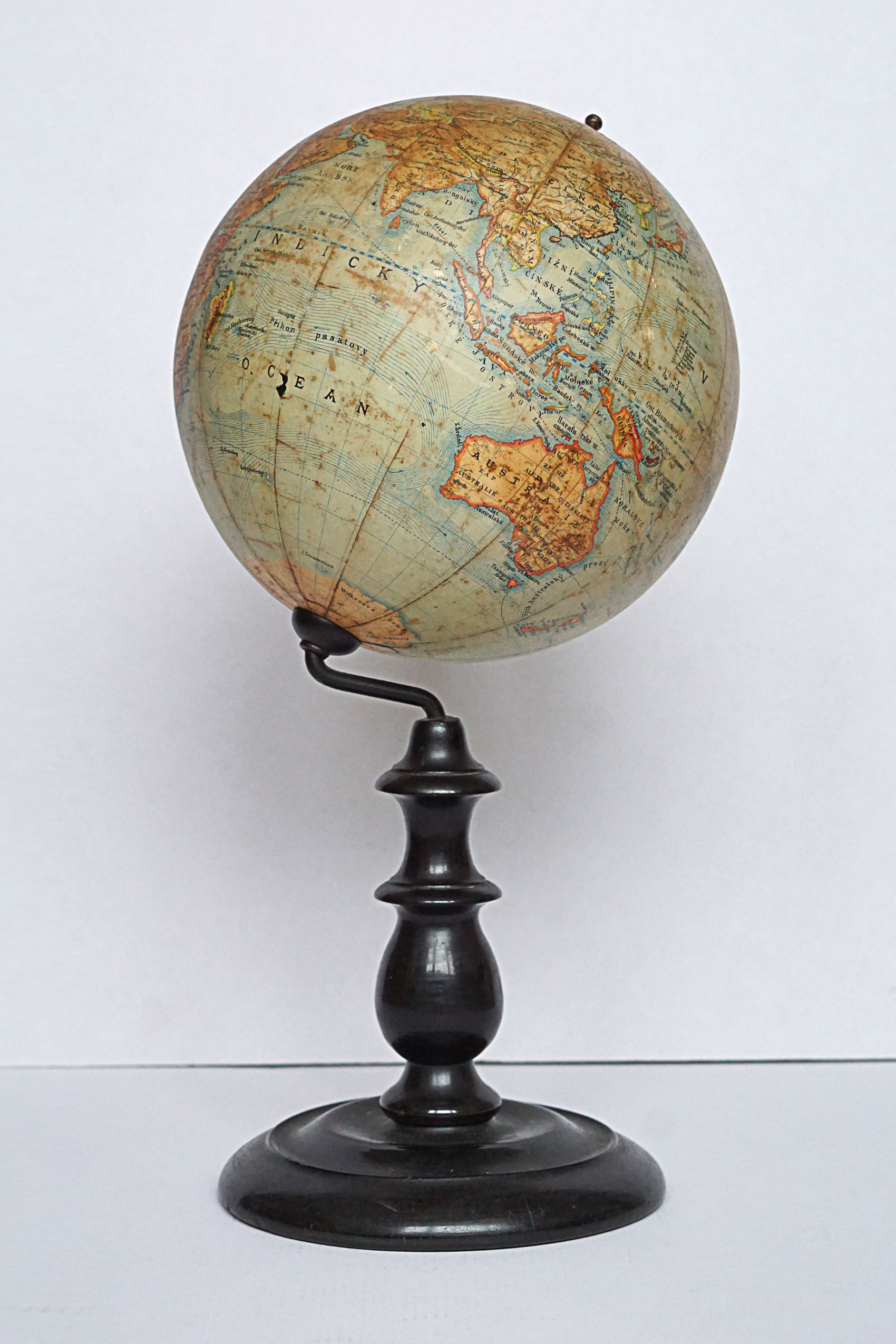 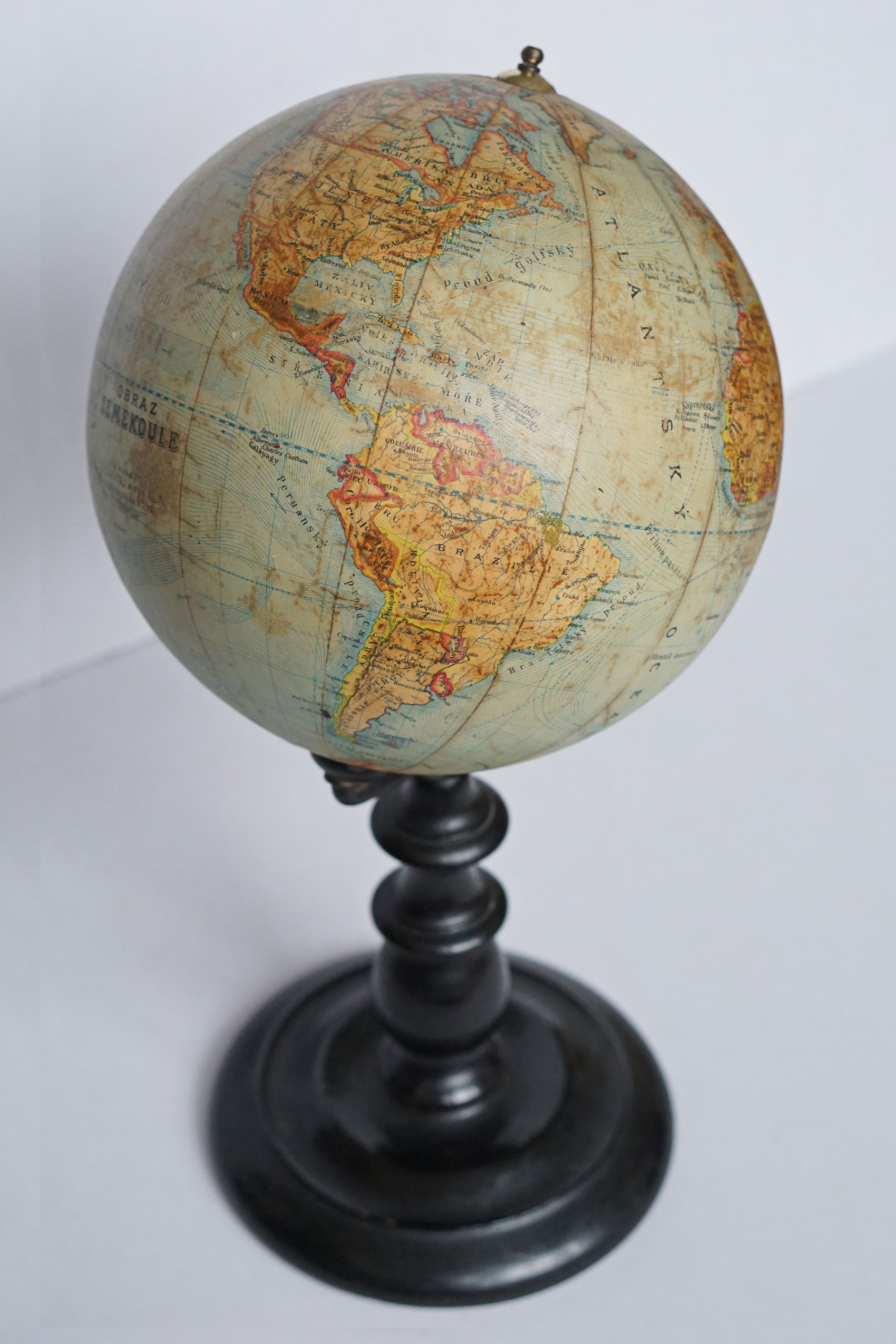 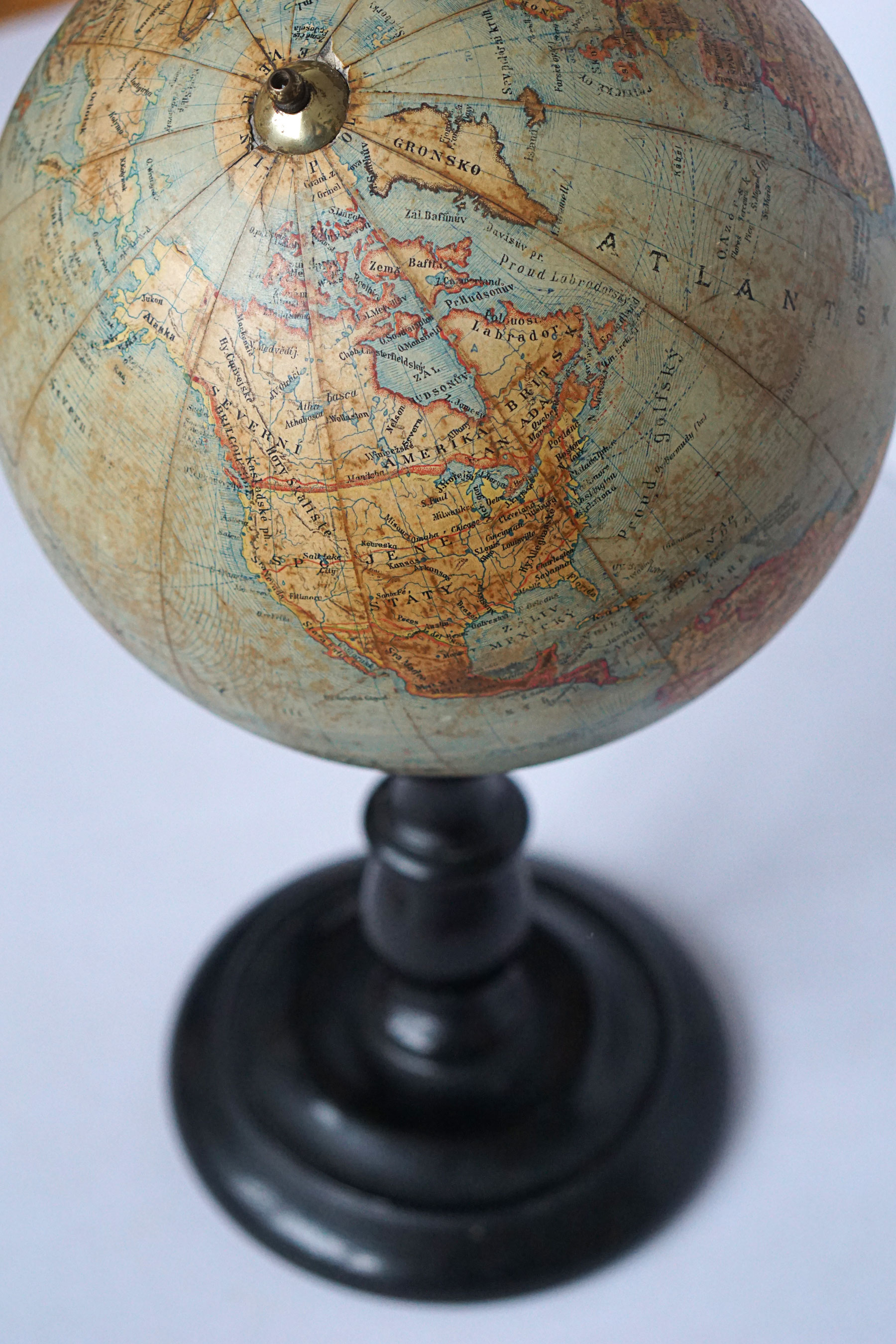 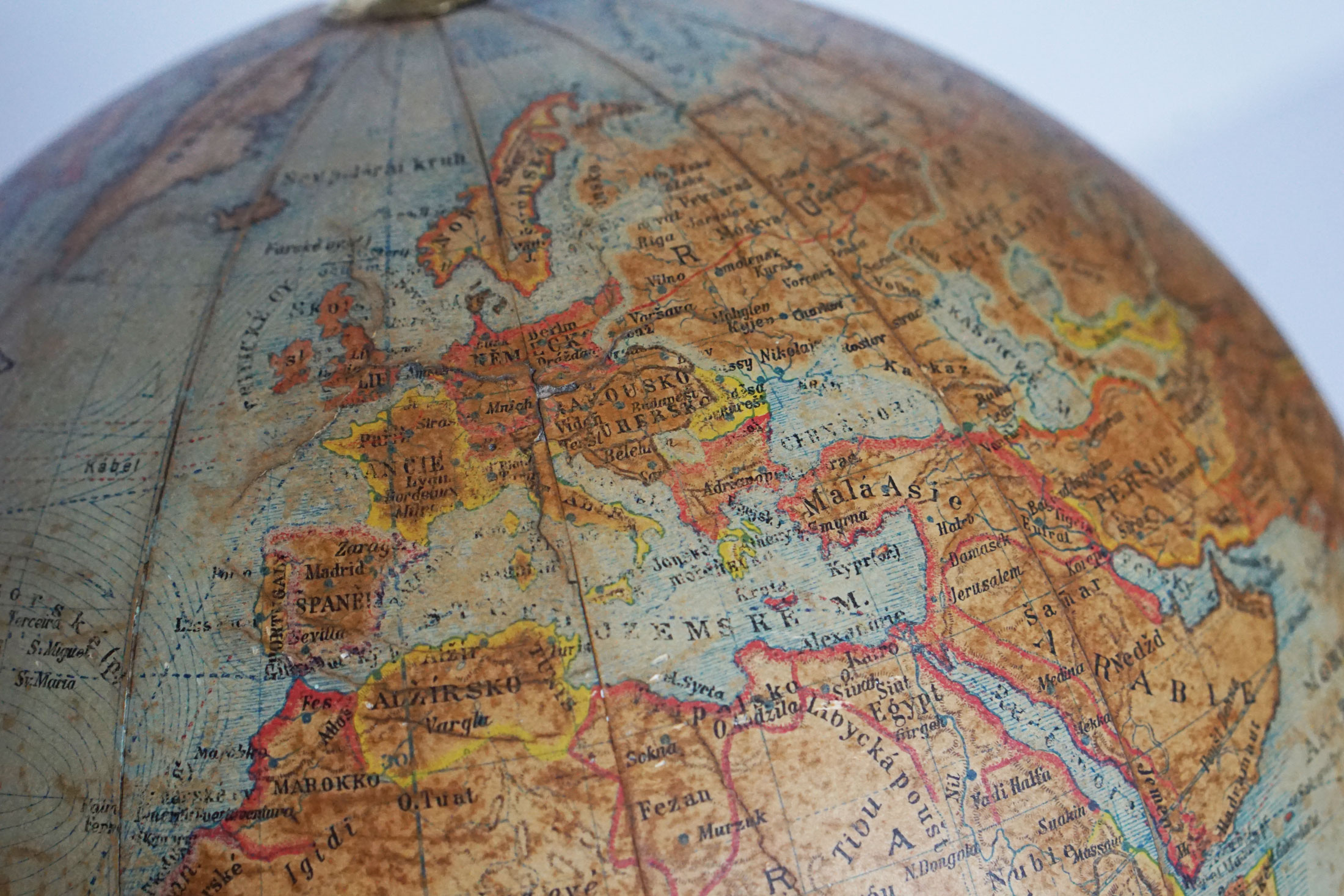 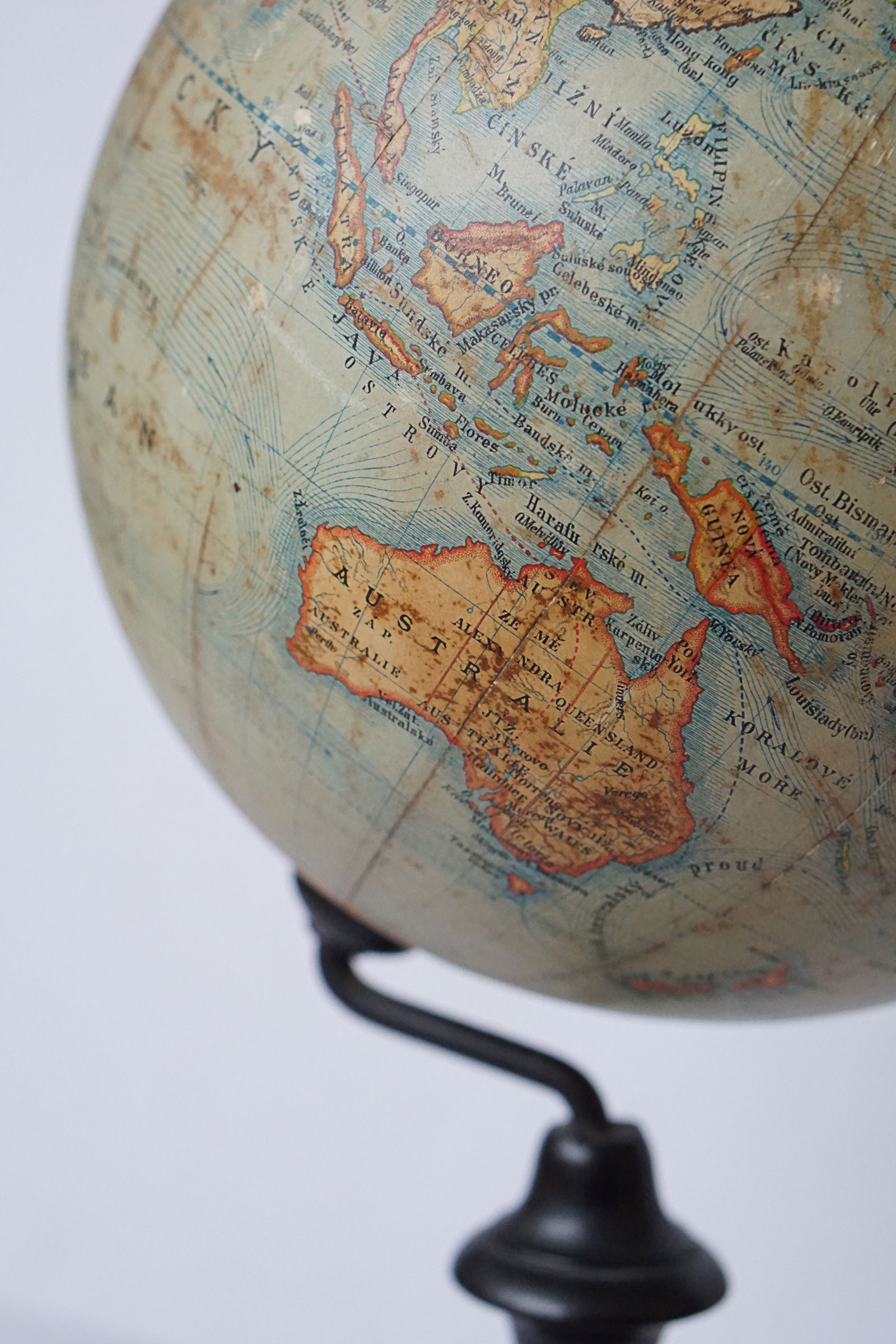 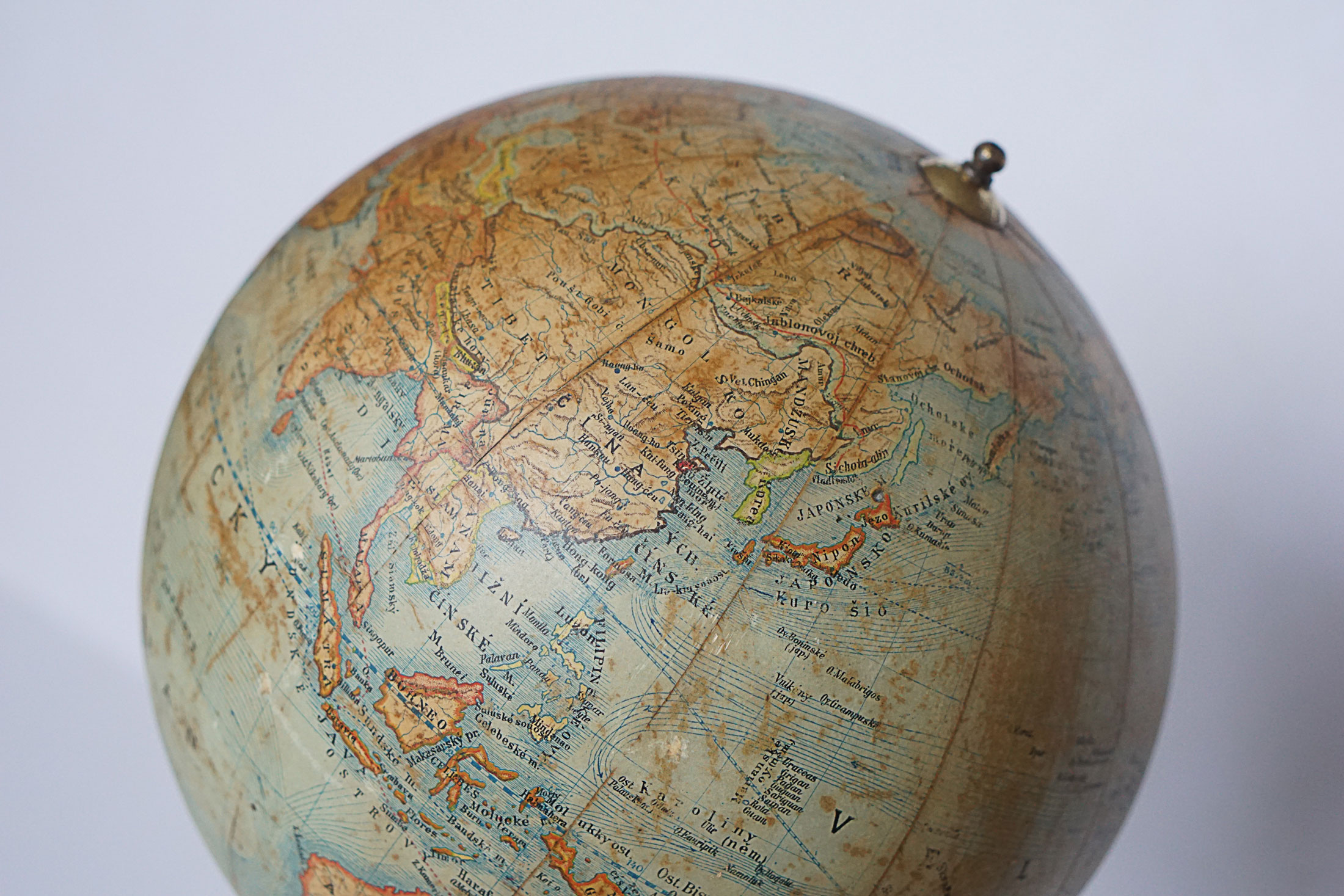 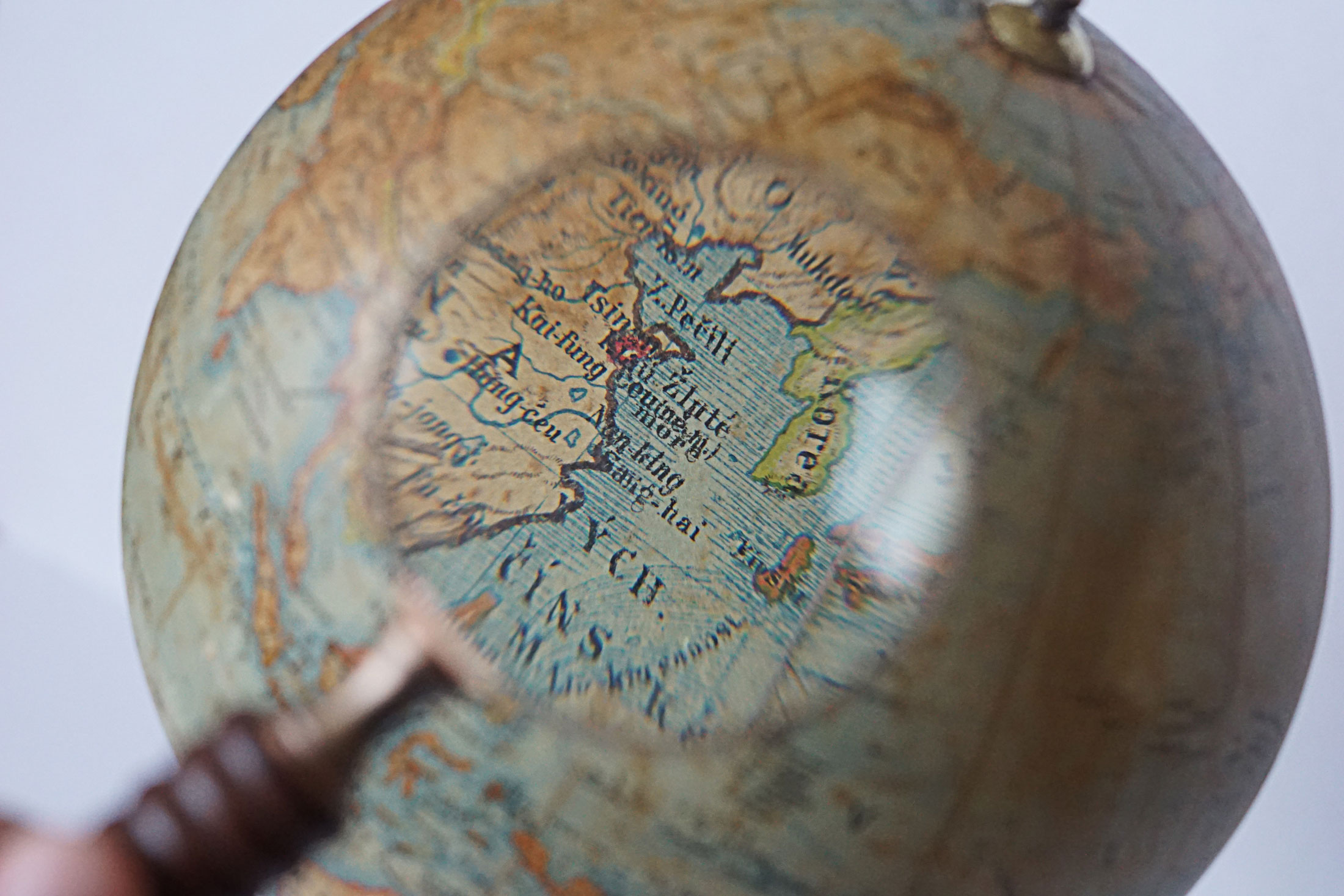 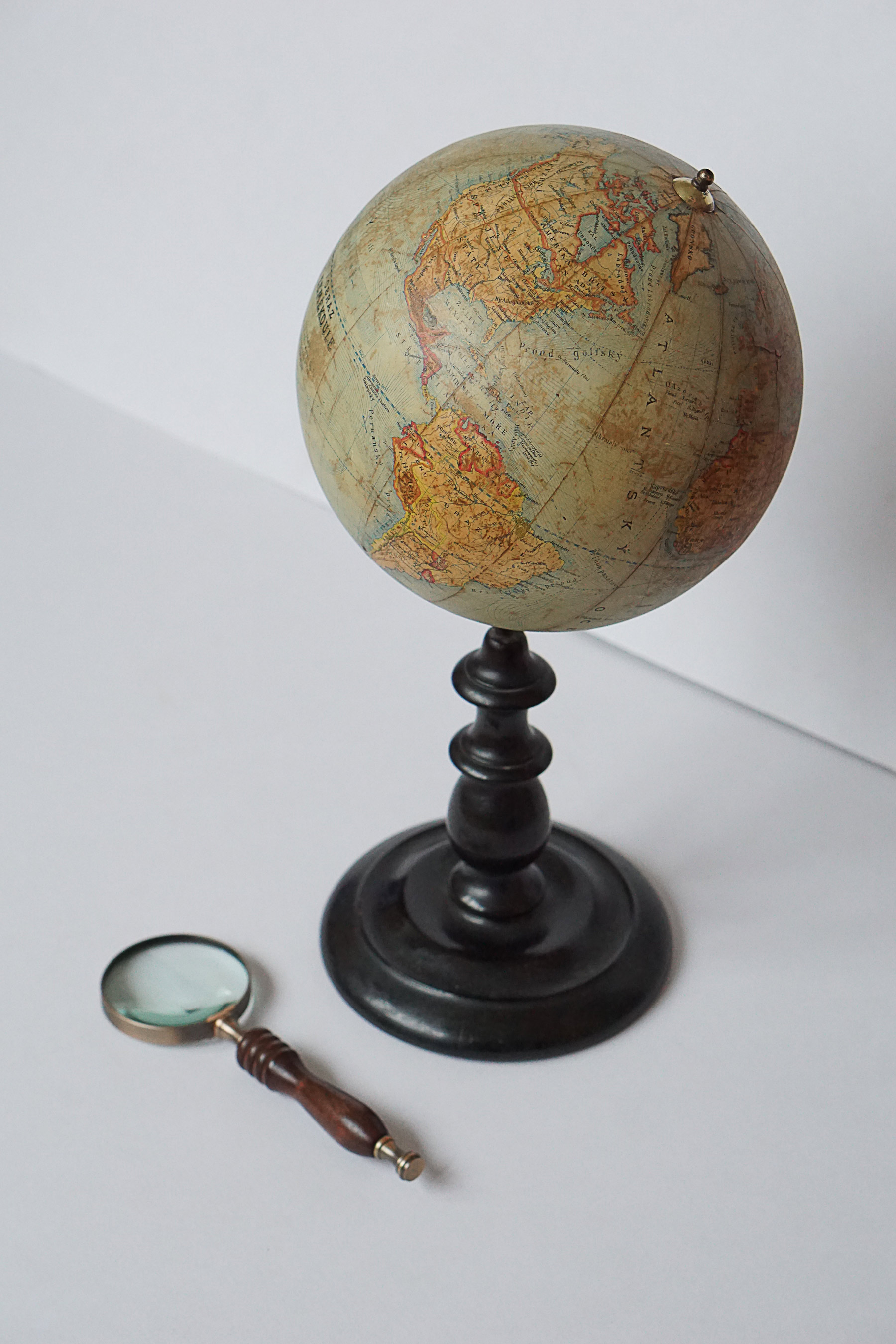 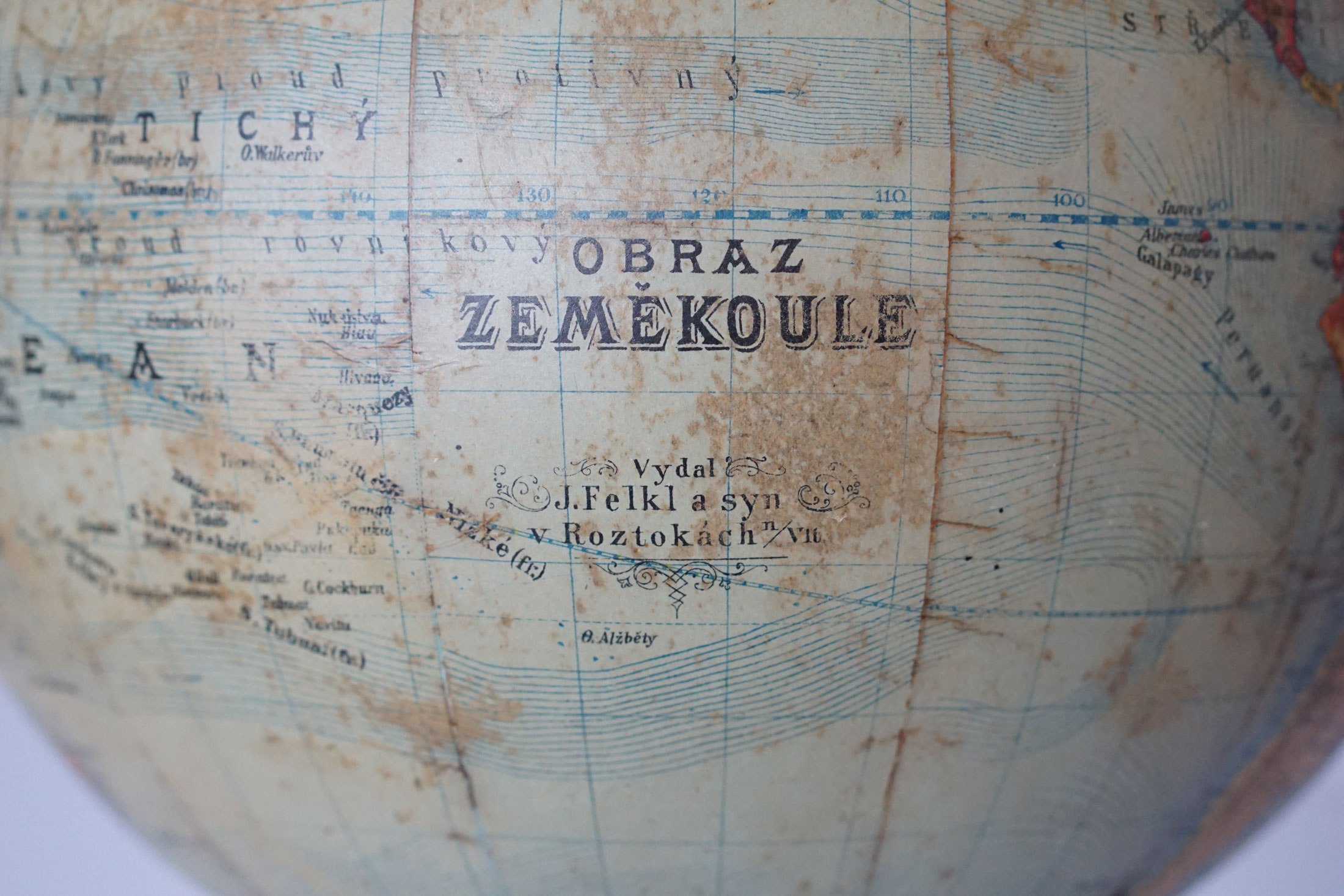 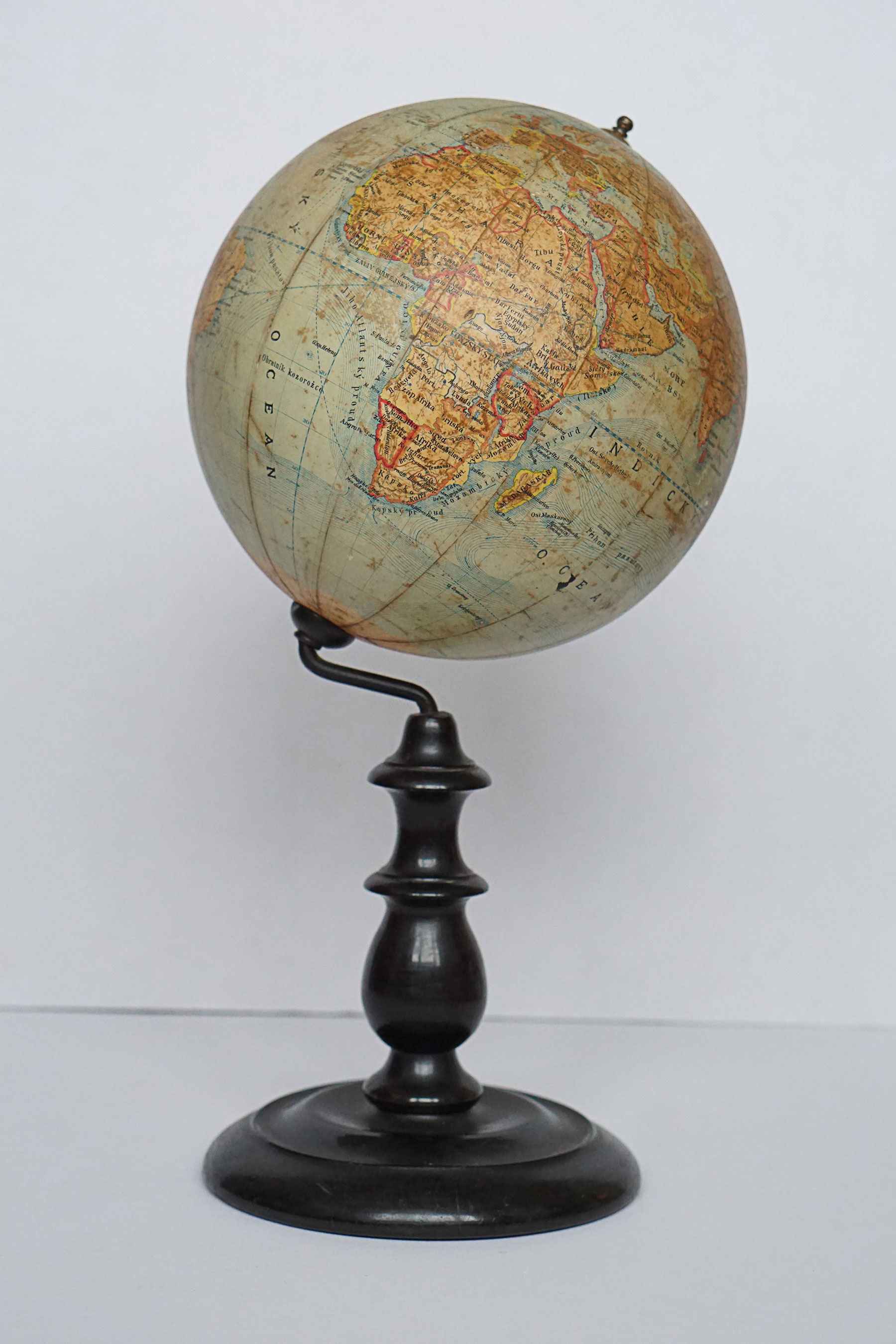 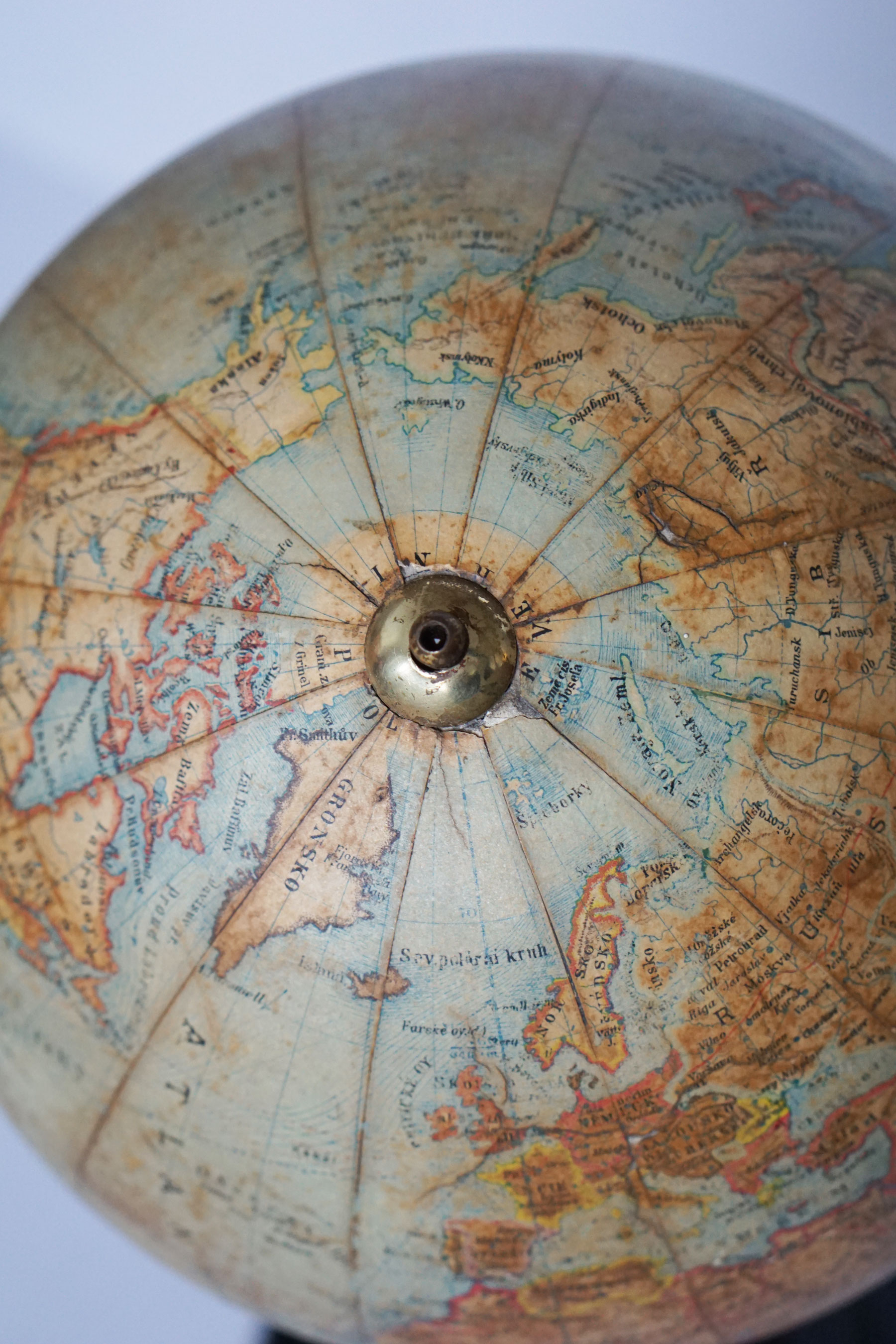 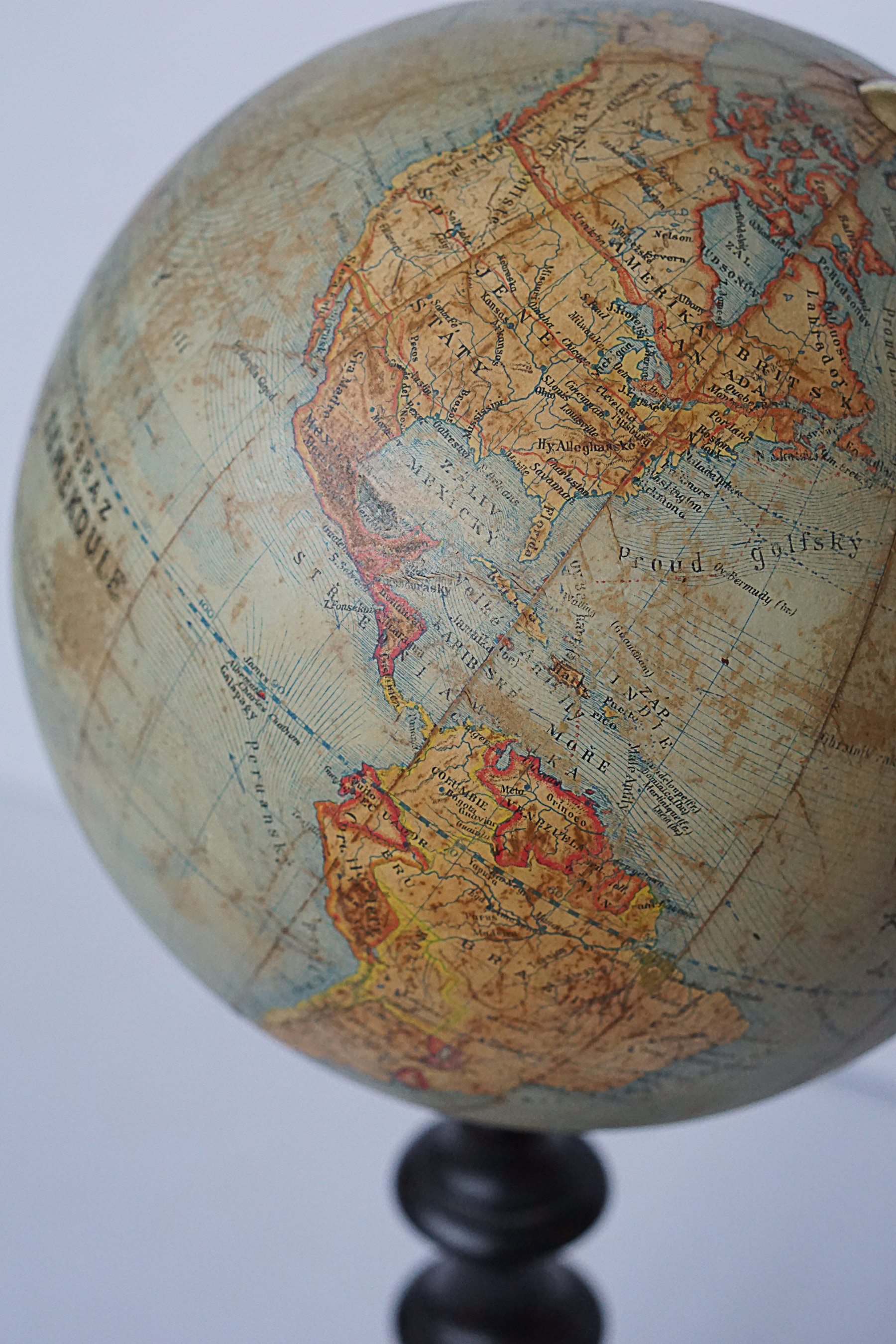 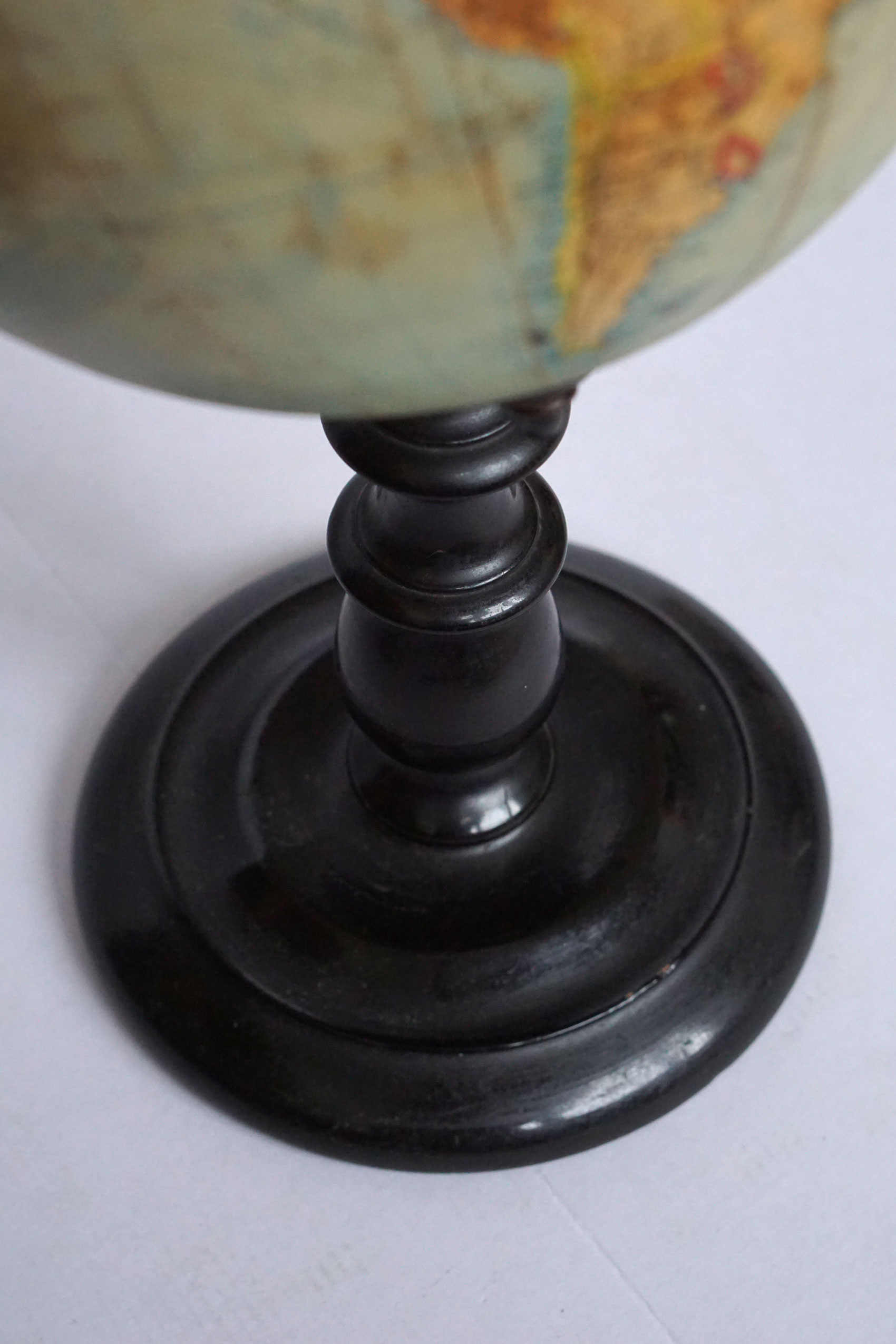 According to the Trans-Siberian railway finished the globe was dated to the first decade of 20th century. French, German and British colonies are outlined in the same colour as the mother countries. Antarctica still has an undefined shape.

Felkl & Son was one of the most profound globe makers of the second half of 19th century in the whole world. At his golden years, the company produced 15.000 globes per year in 17 different labguages. His comapany was located in Roztoky by Prague, a small city with a good posistion

The globe has one minor crack in the Europe region (see photos). Some parts of the globe show some discolouration.