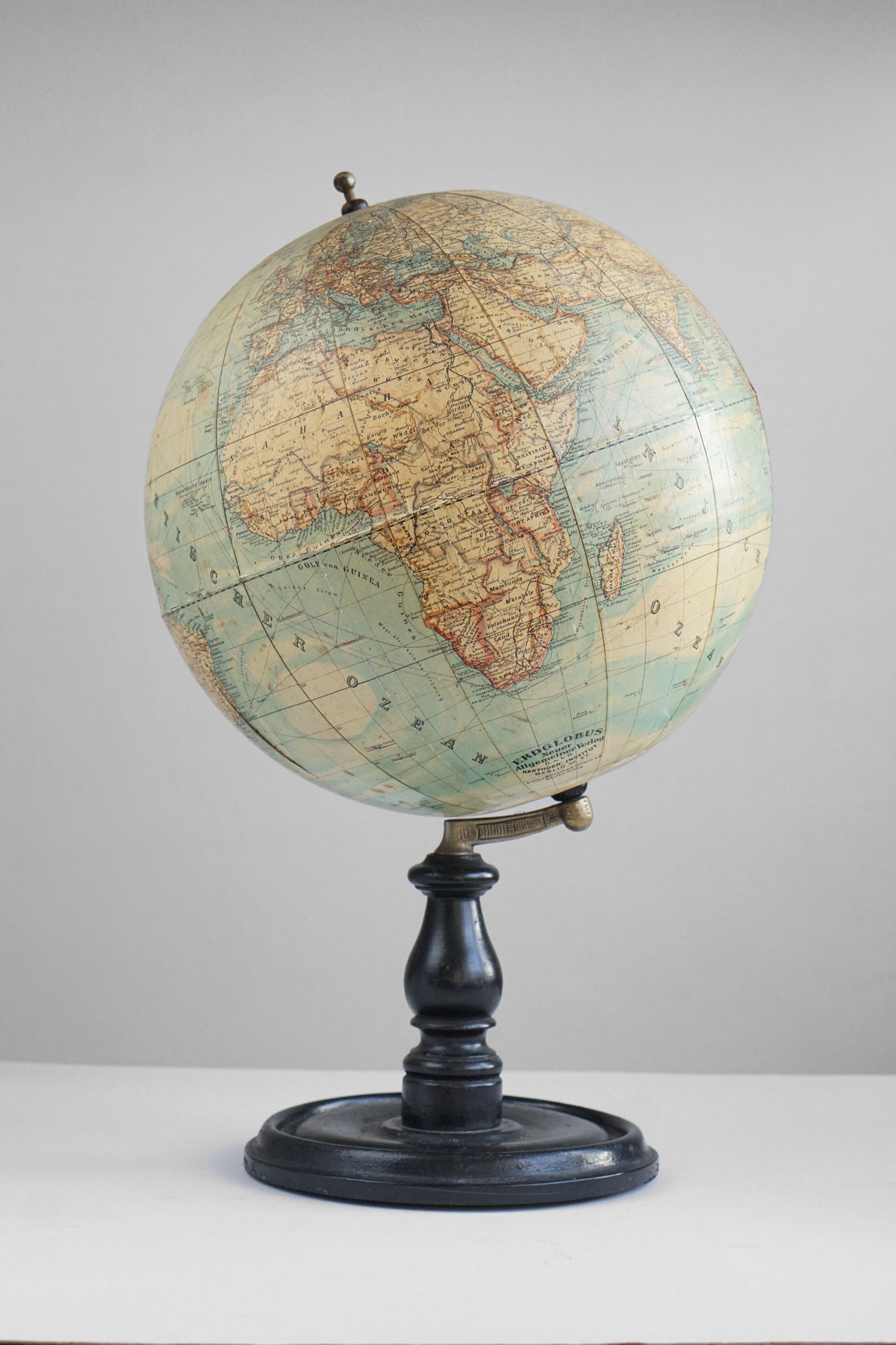 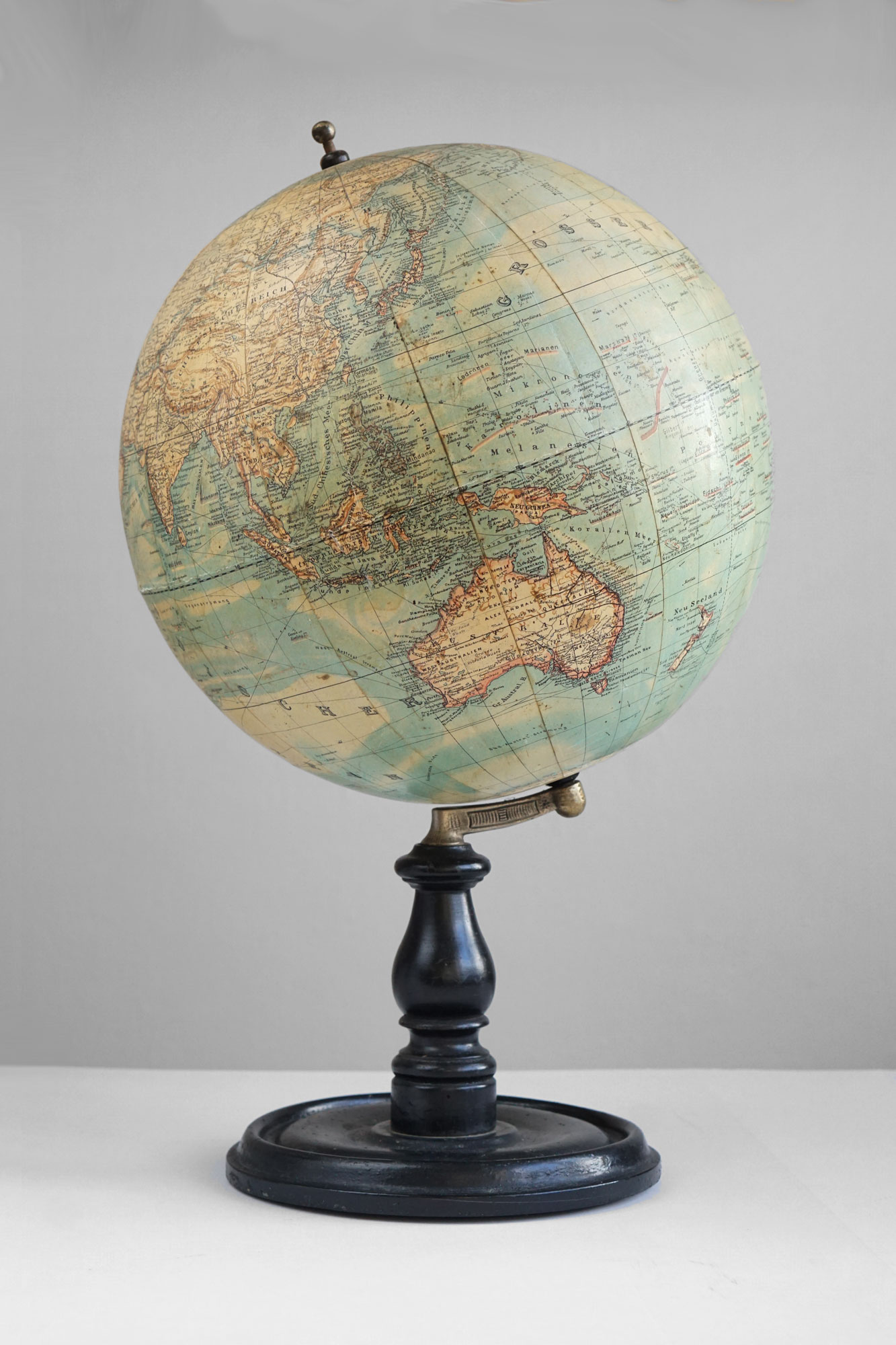 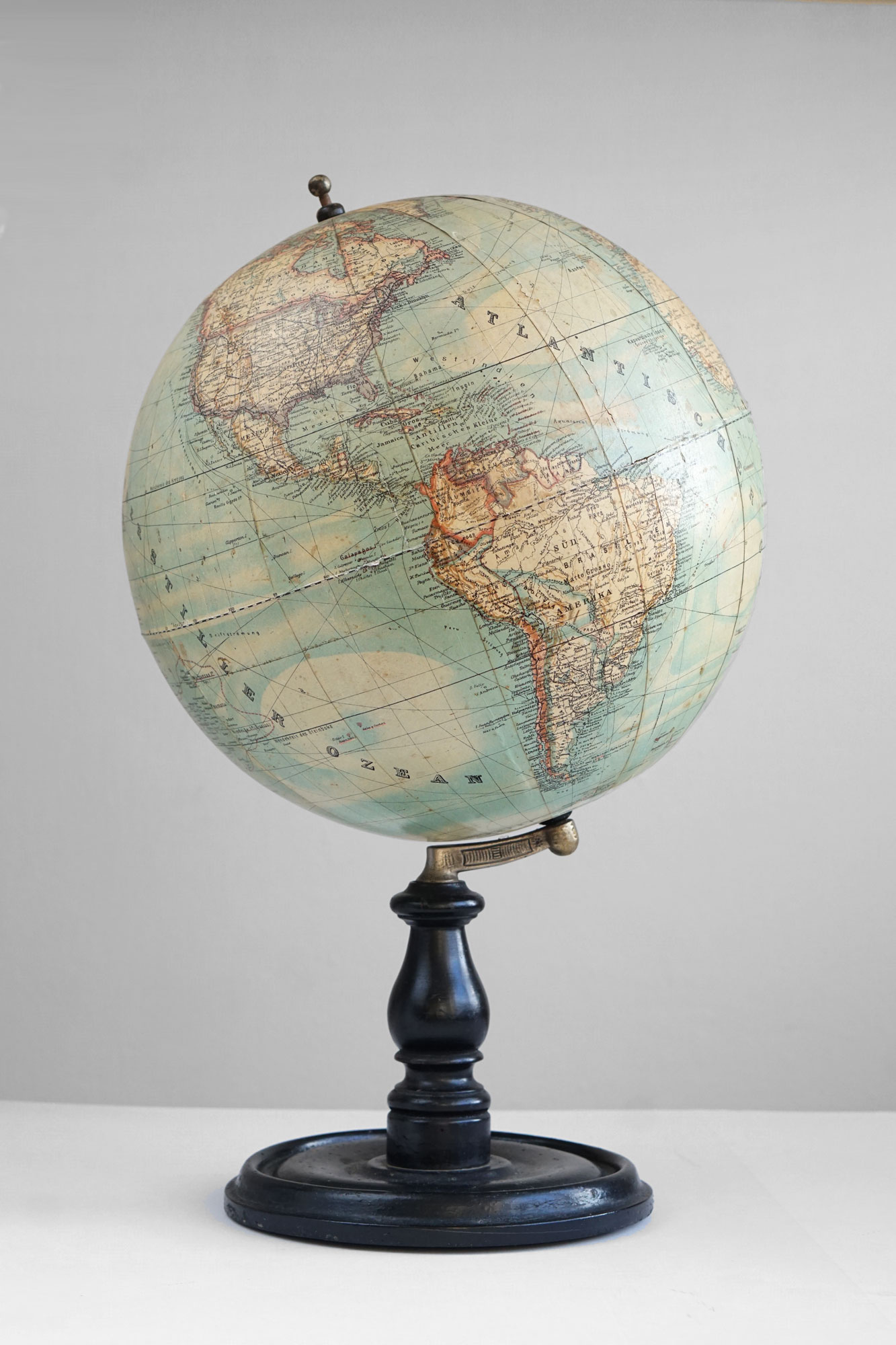 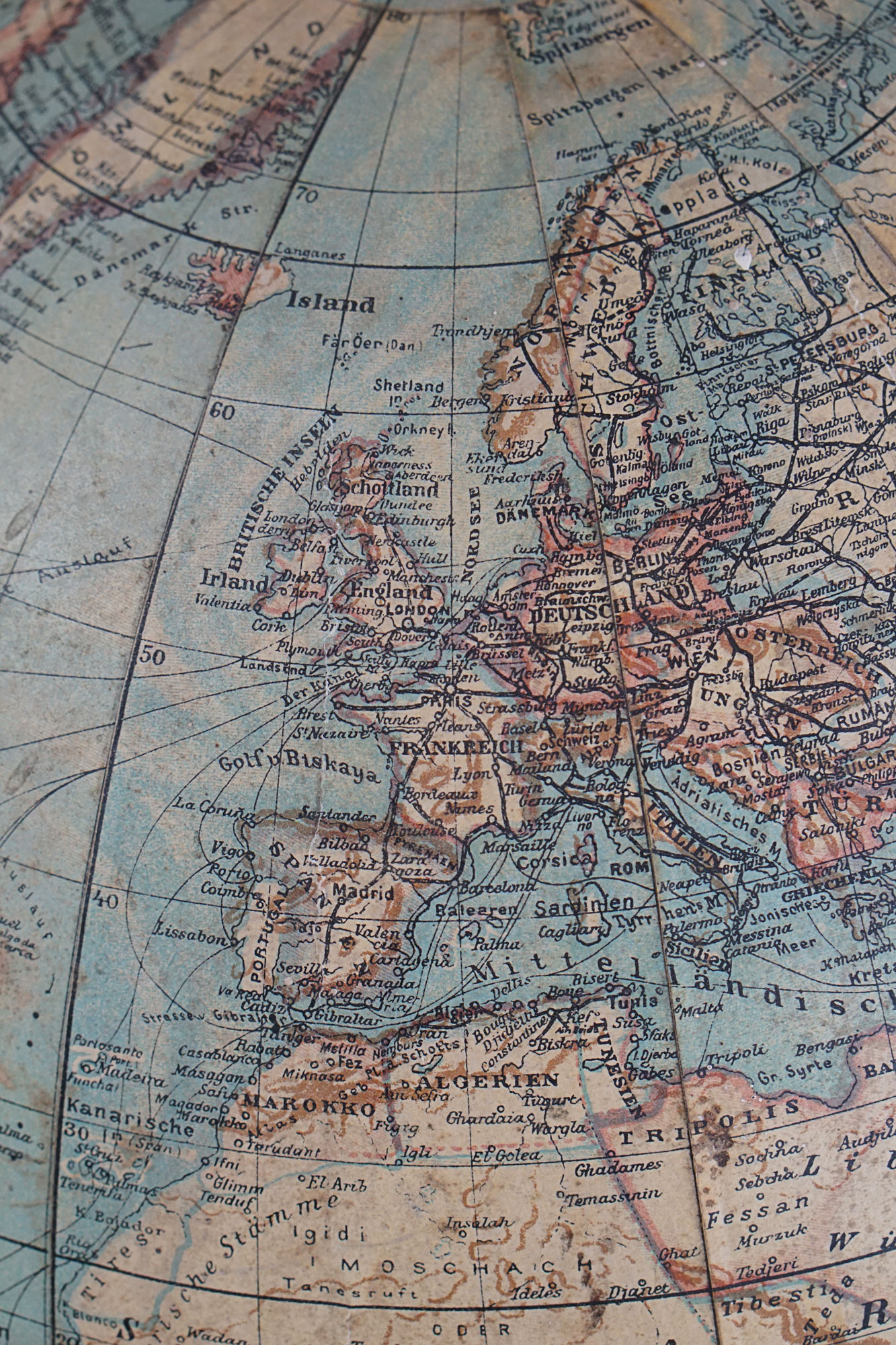 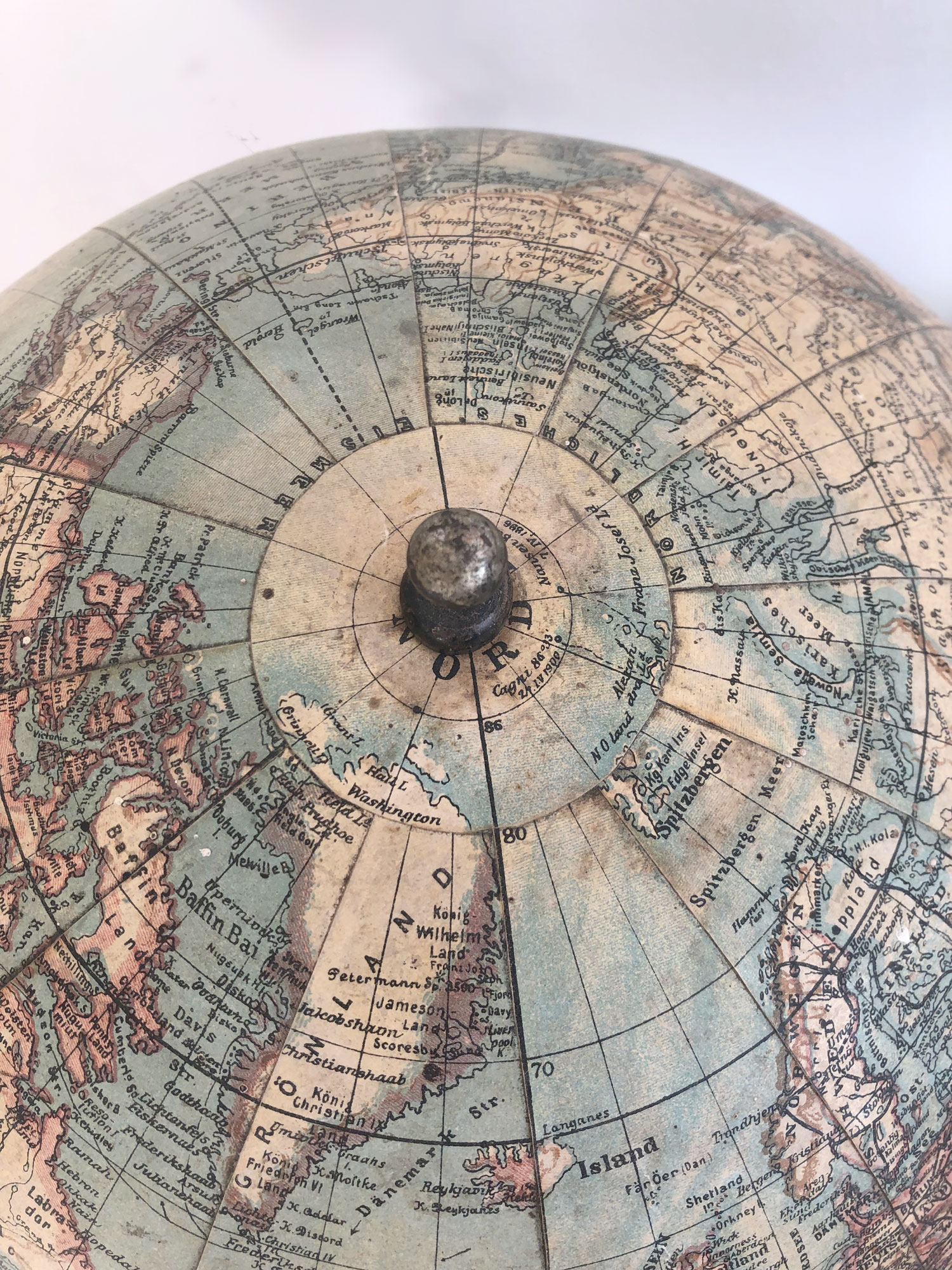 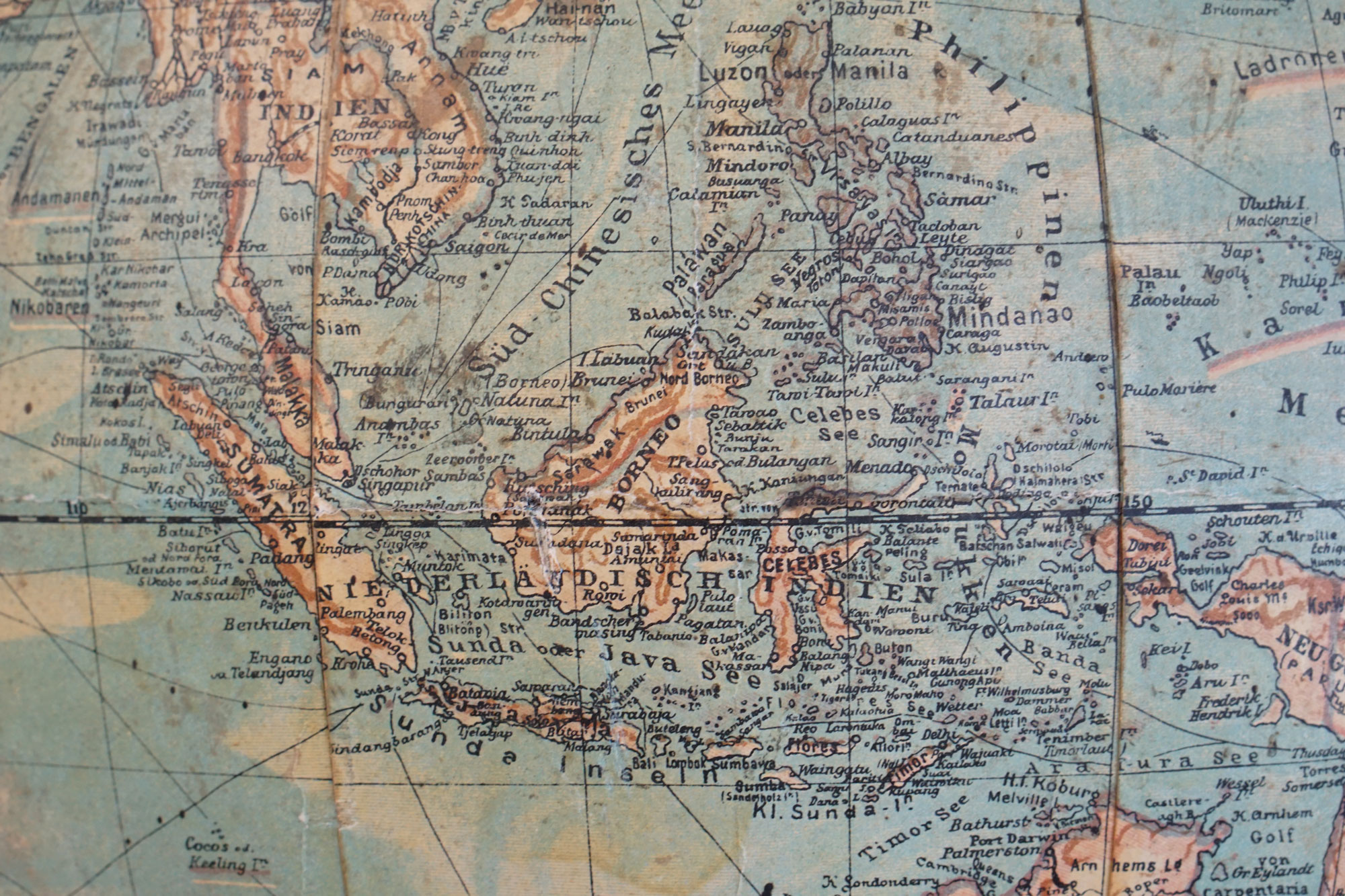 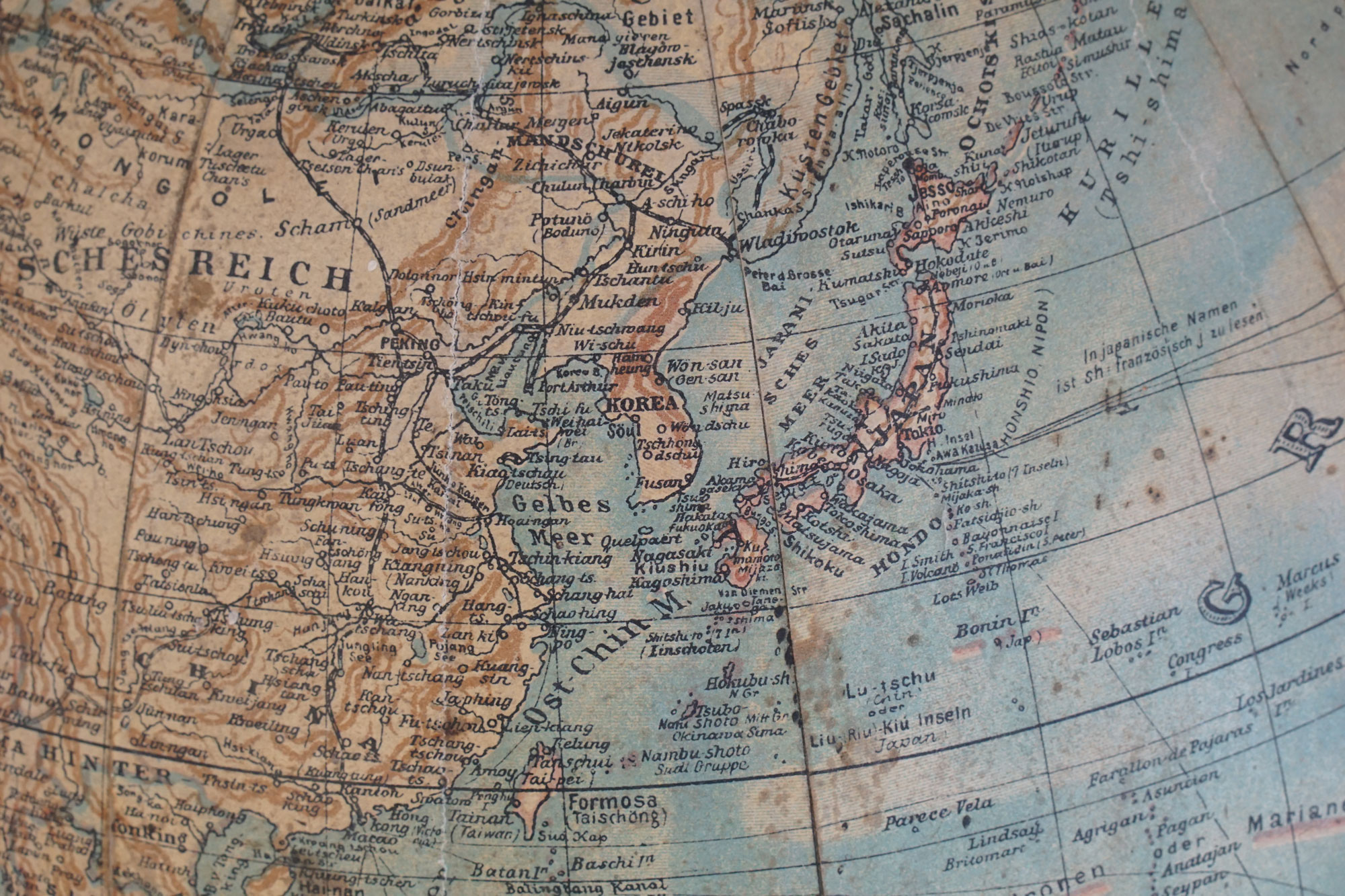 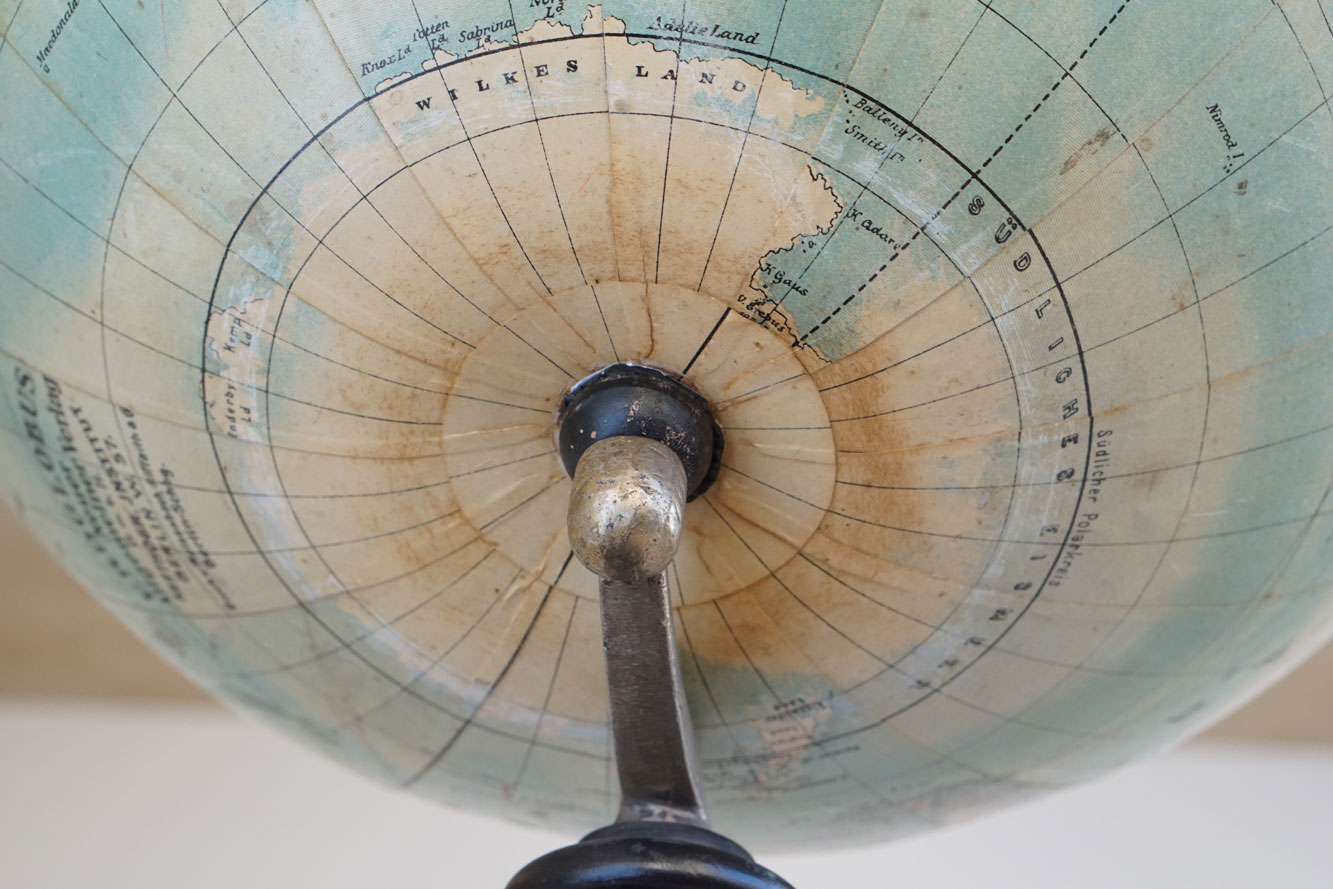 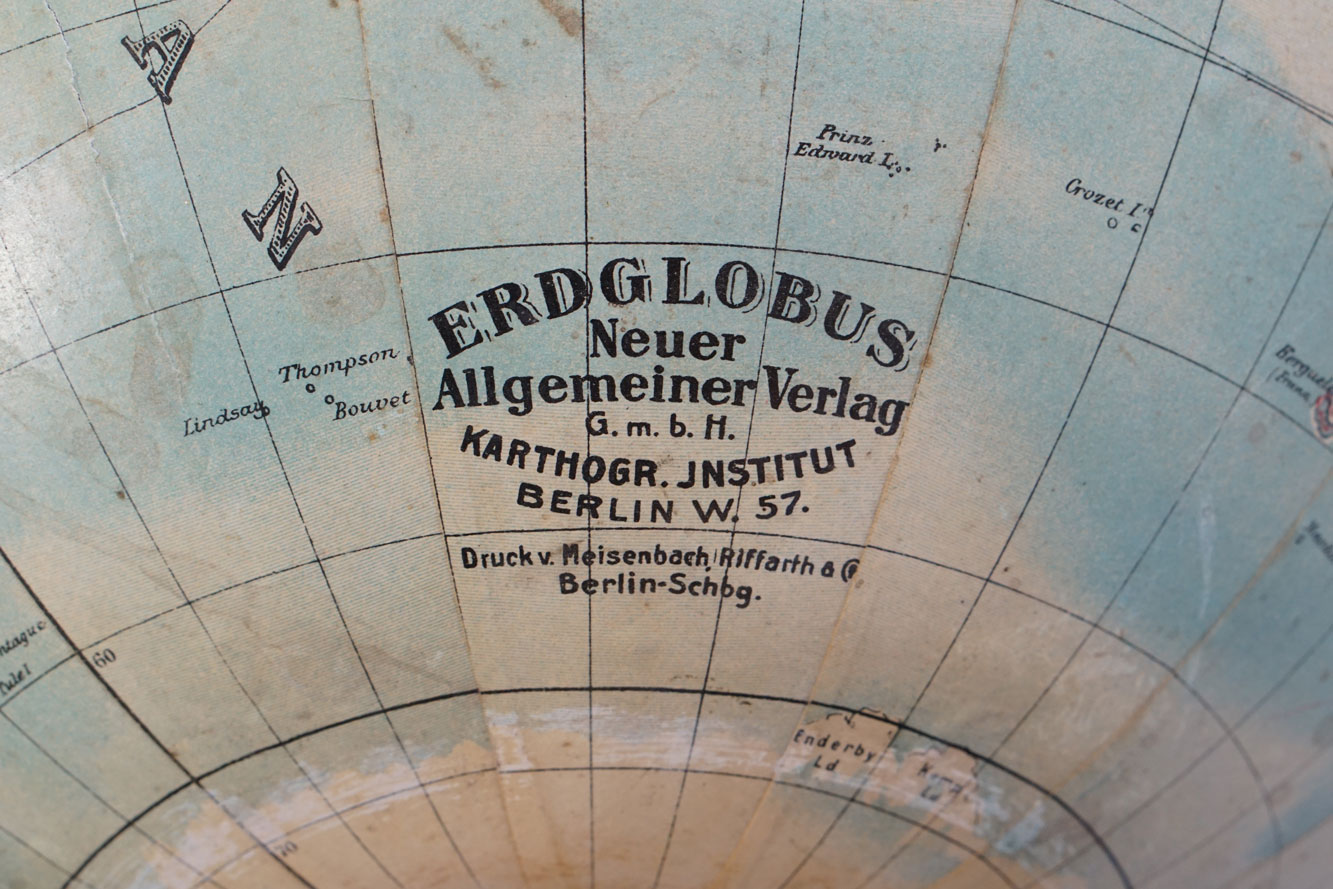 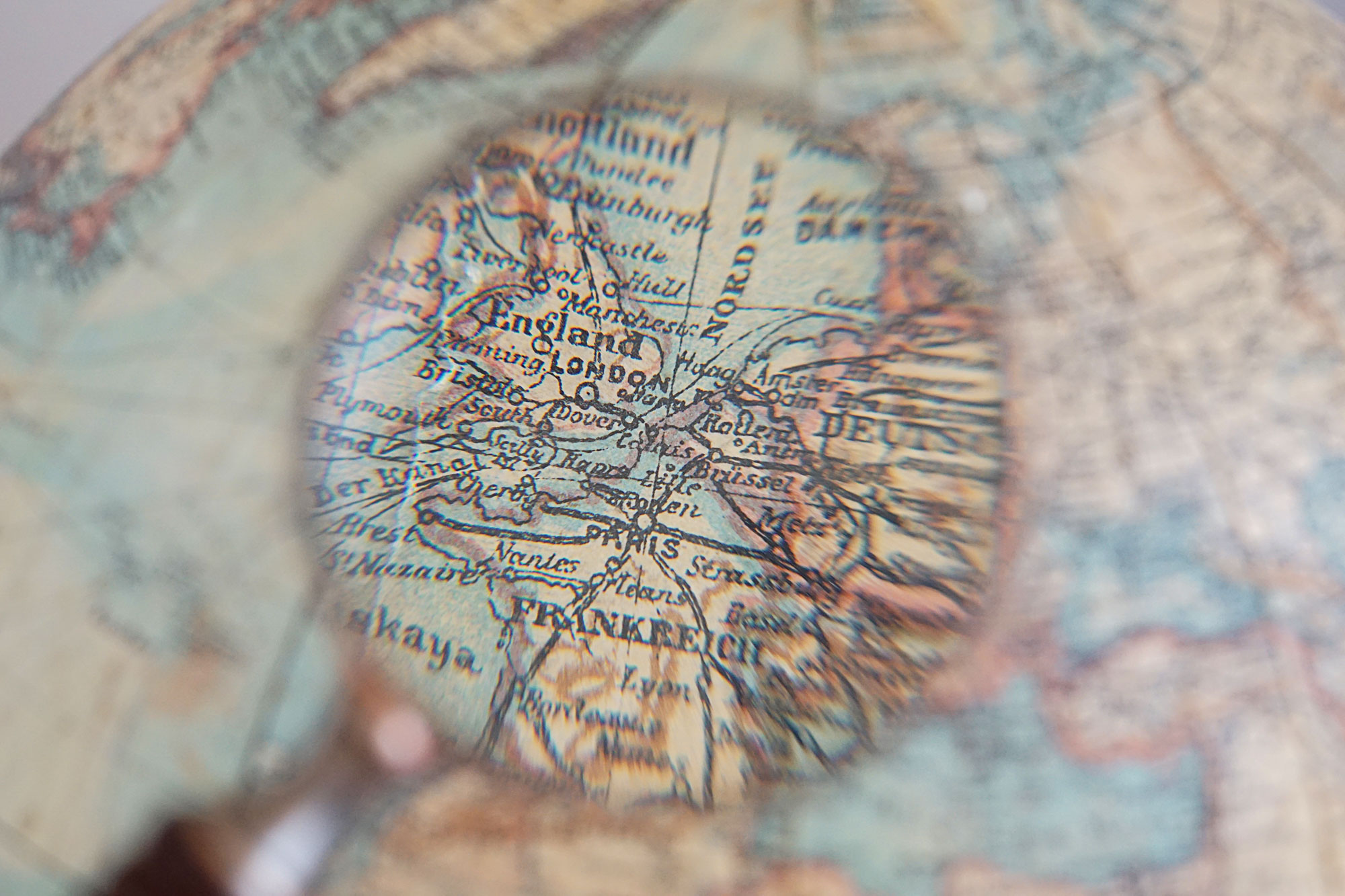 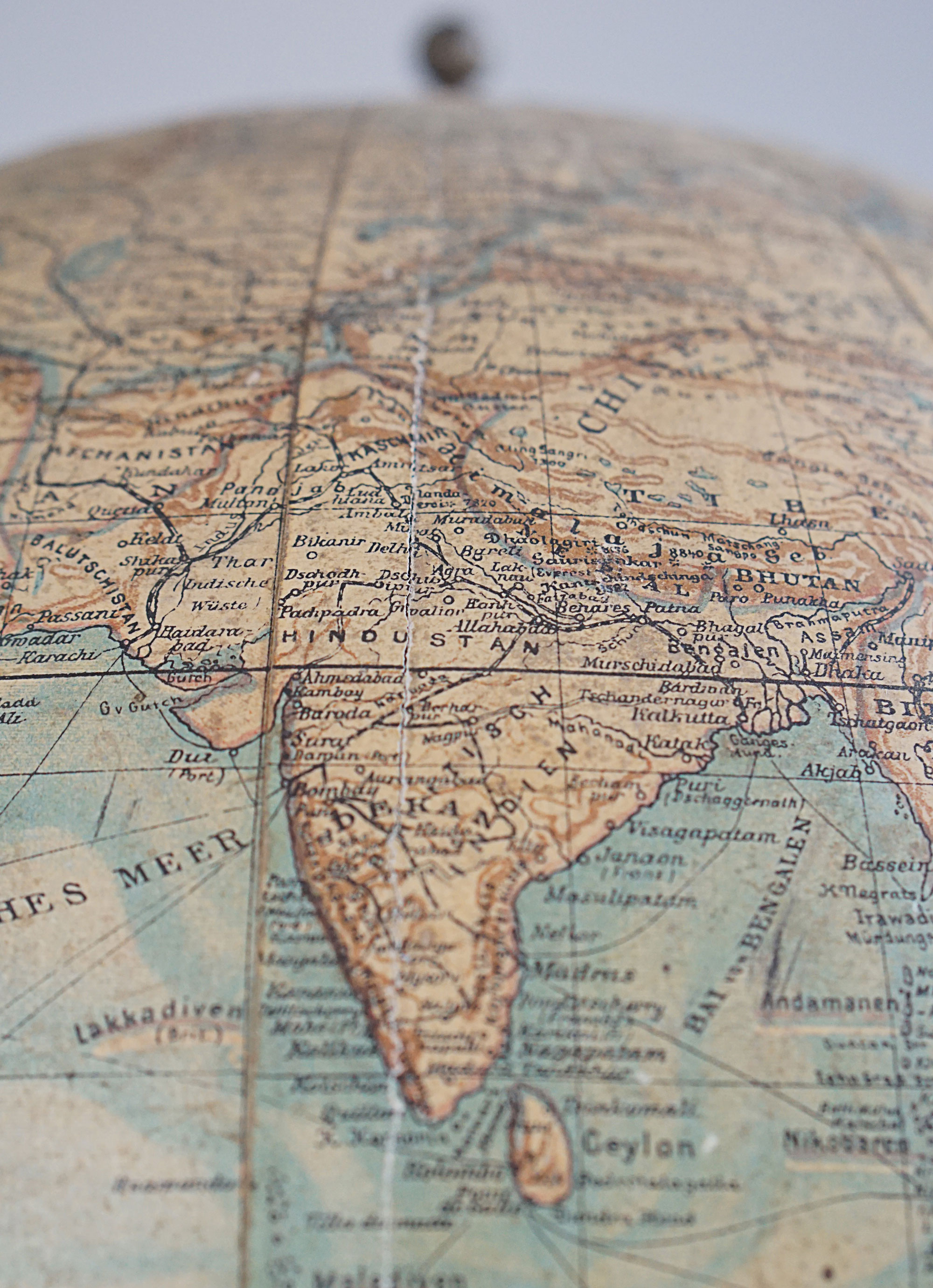 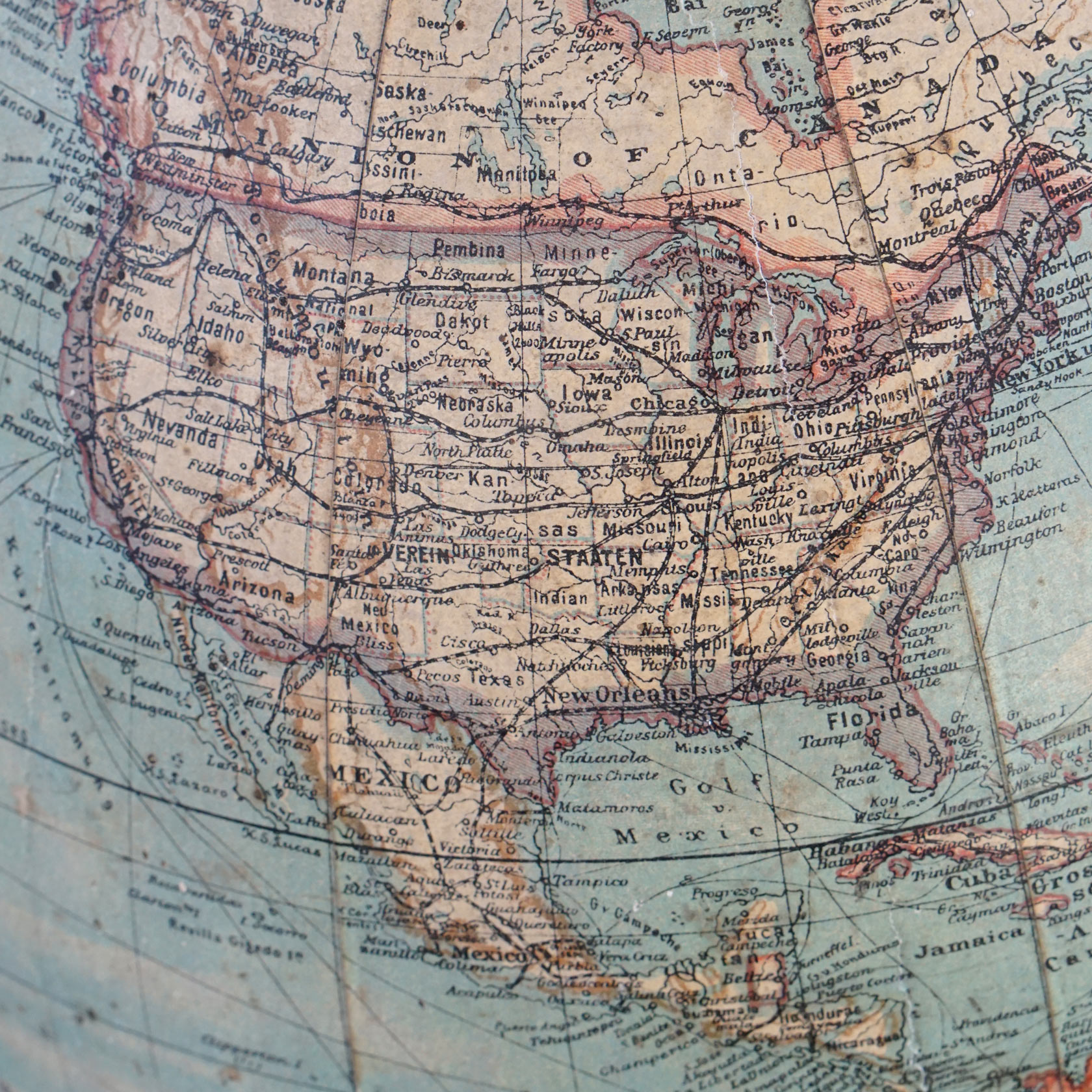 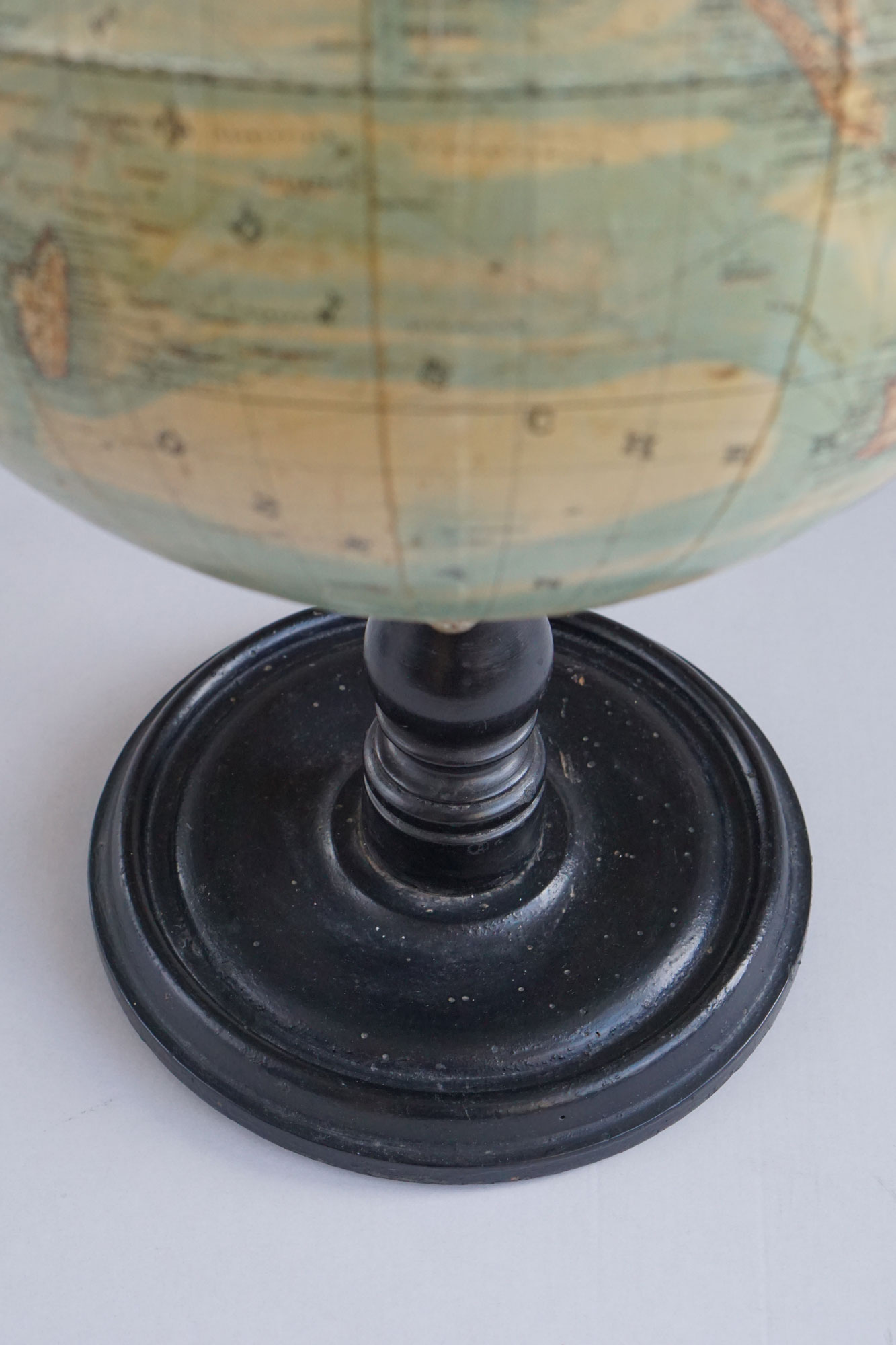 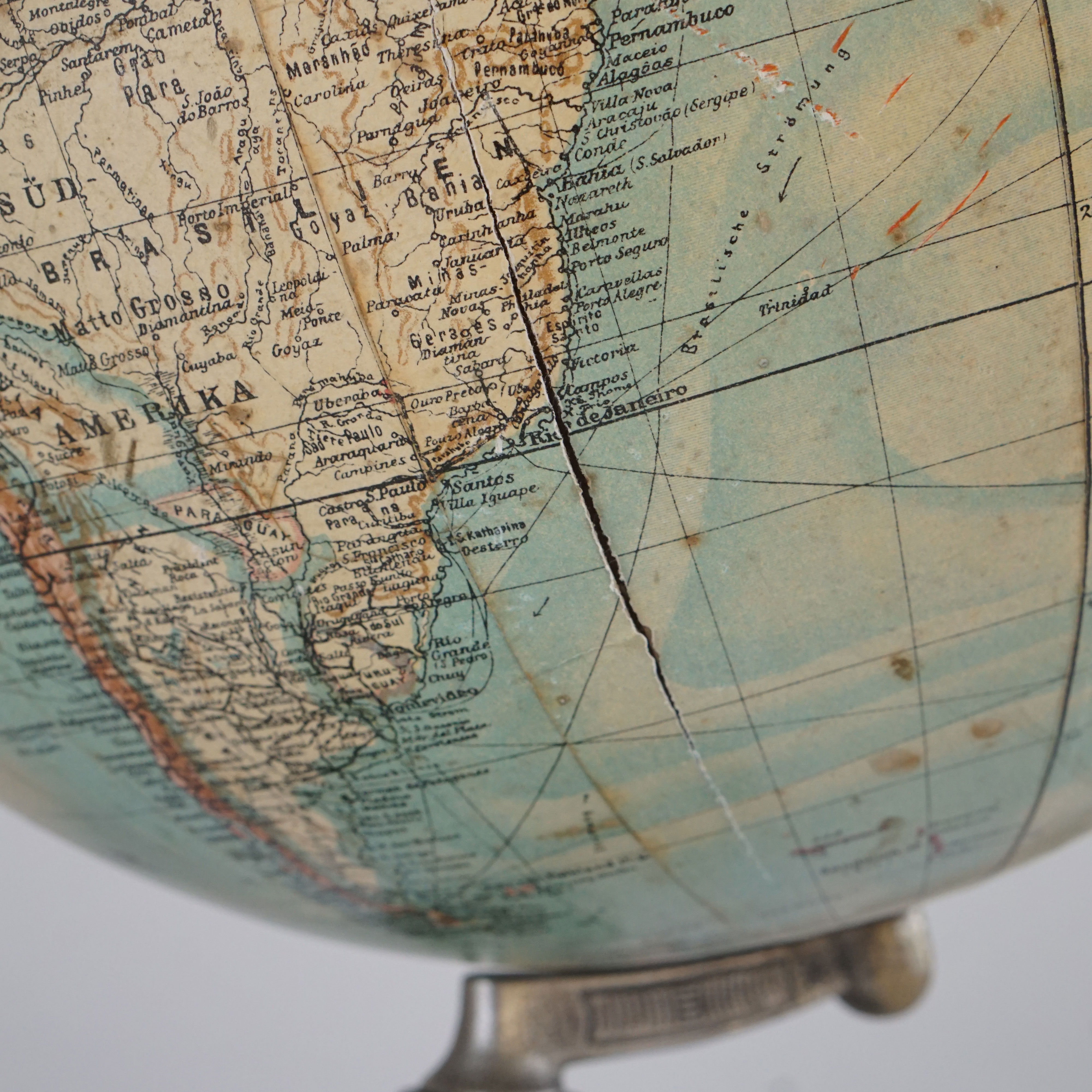 The globe is unusually detailed in areas of north eastern Russia (Siberia), and eastern and south easter Asia (Japan, China, French Indochina, Indonesia). Africa shows relatively high number of places especially in the central part. To give you an idea of the density of labels, the island of Madagascar contains around 50 separate labels, which is almost double compared to other globes of similar scale. Many former names (SandwichIslands for Hawaii, Van Diemens Land for Tasmania) are still shown alongside its new names.

One of the most significant things about this globe is its focus on railways with al lines shown in high contrast. Some of the railways which were planned to be built yet (or in construction already) are shown too, like the unfinished Berlin - Bagdad railway ending in Mosul, Irag.

Another interesting feature is that it doesn't use Greenwich meridian as prime meridian (although it has been agreed on since 1884 at International Meridian Conference in Washington D.C.). Instead the prime meridians passes narrowly the most western flank of Africa and Canary Islands (see photo #4). The Eastern 20° meridian goes directly through Paris.

The typography of this globe is also worth mentioning. The globes beautifully uses different fonts for cities (font is leaning leaning to the right), land-based geographical features like mountains, capes etc. (no leaning), "water based" geographical features like seas, rivers, lakes etc. (leaning left), states and smaller territories (sans-serif with no leaning), major territories (all caps sans serif font) and countries (serif capital letters). The usage of different fonts makes reading and understanding of the labels easier even though they are often quite small.

Minimal signs of wear as you can see from the photos. Only very sporadic light damage to the map with no loss. There is slim crack East of South America (see last photo). The bottom of the globe near Antarctic polar circle is a little bit scratched (see photos). Overall very preserved state for an almost 120 years old globe.