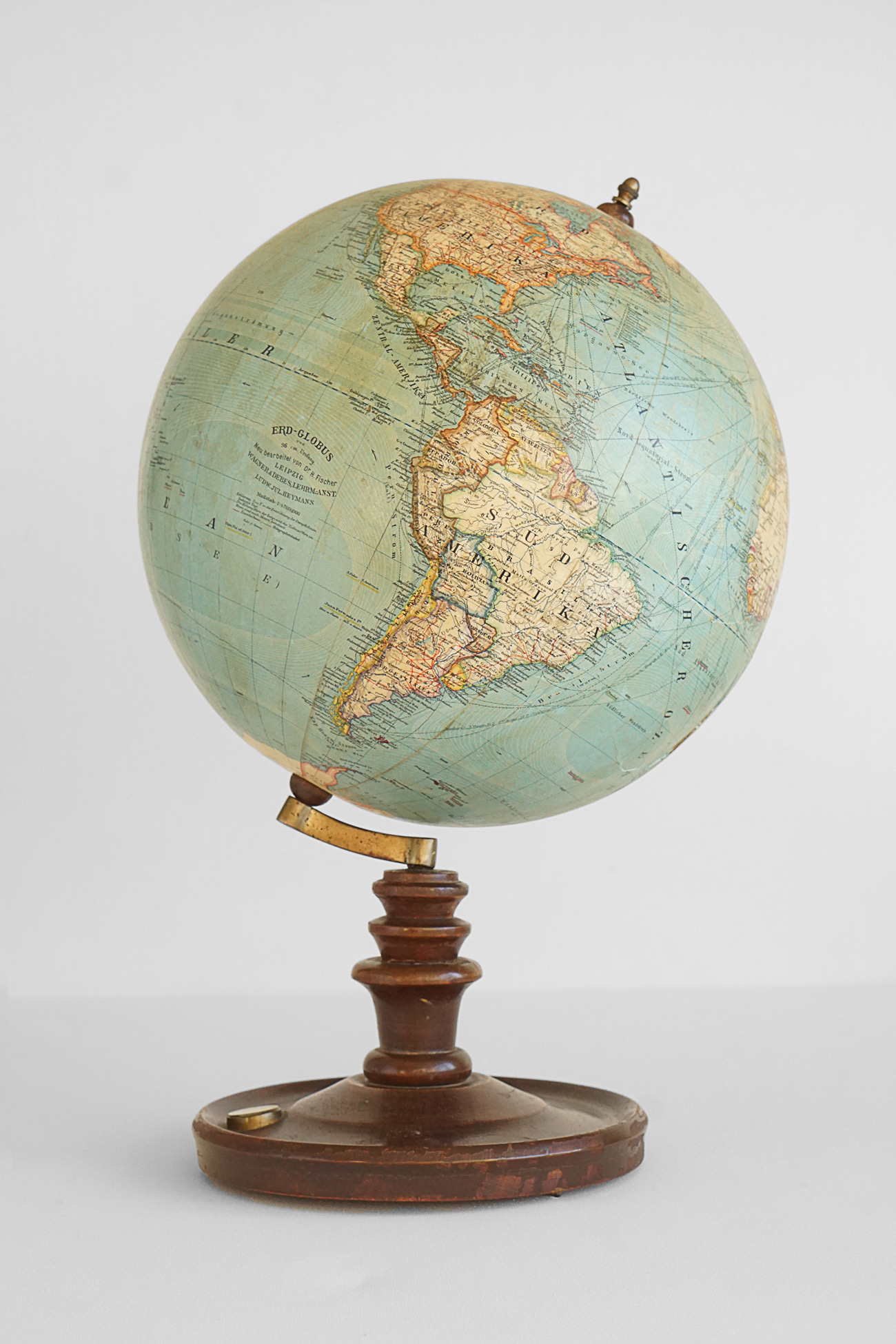 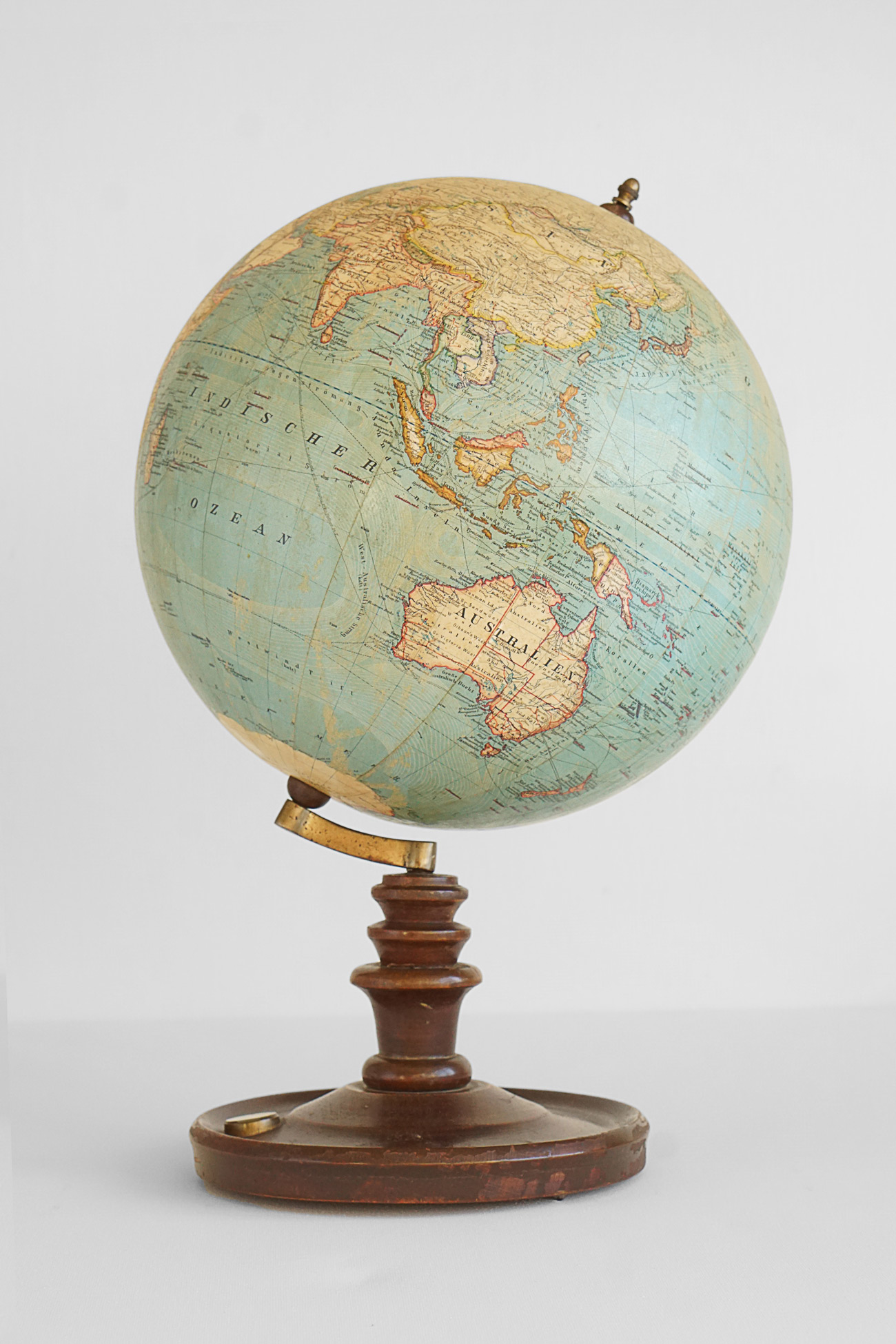 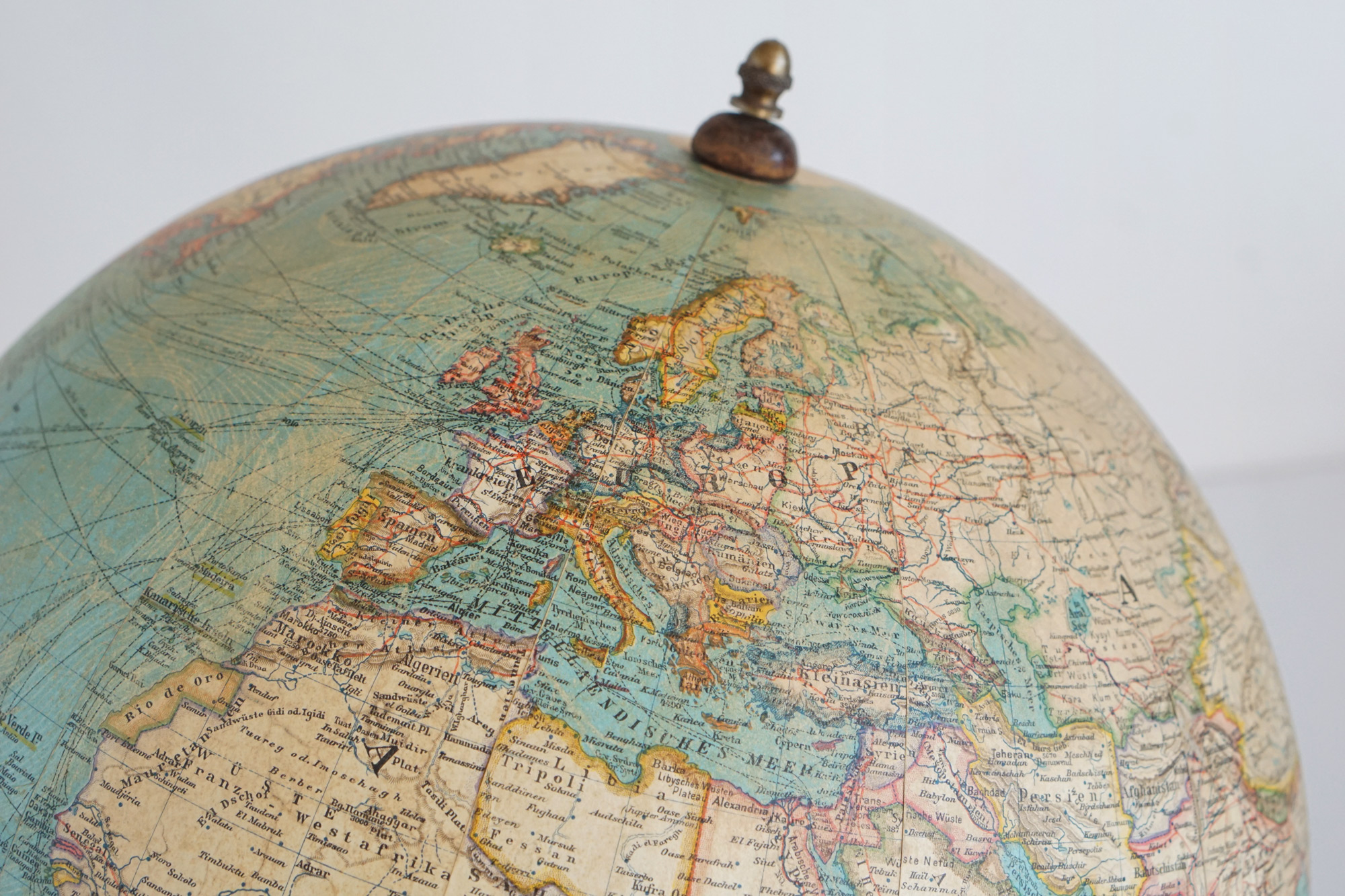 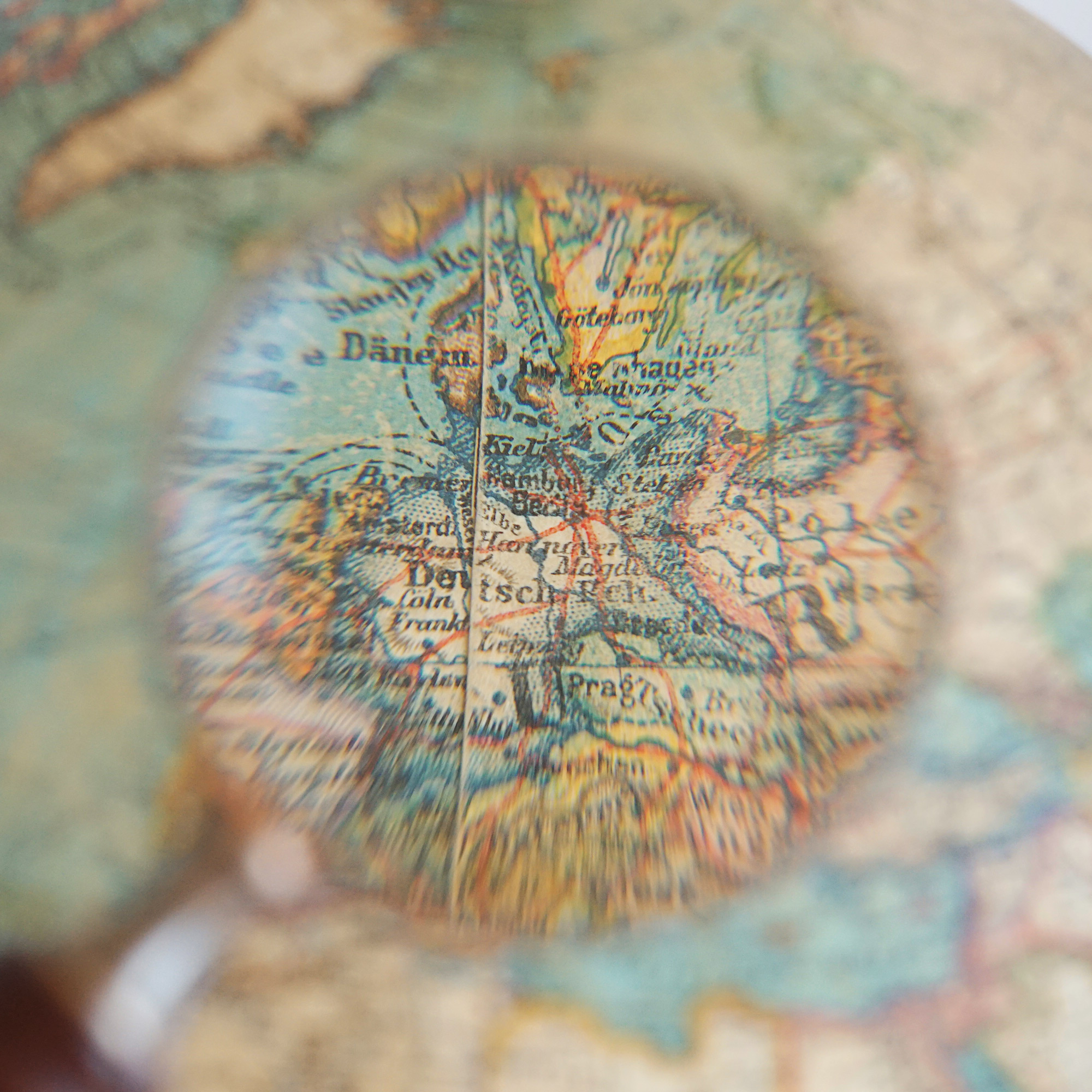 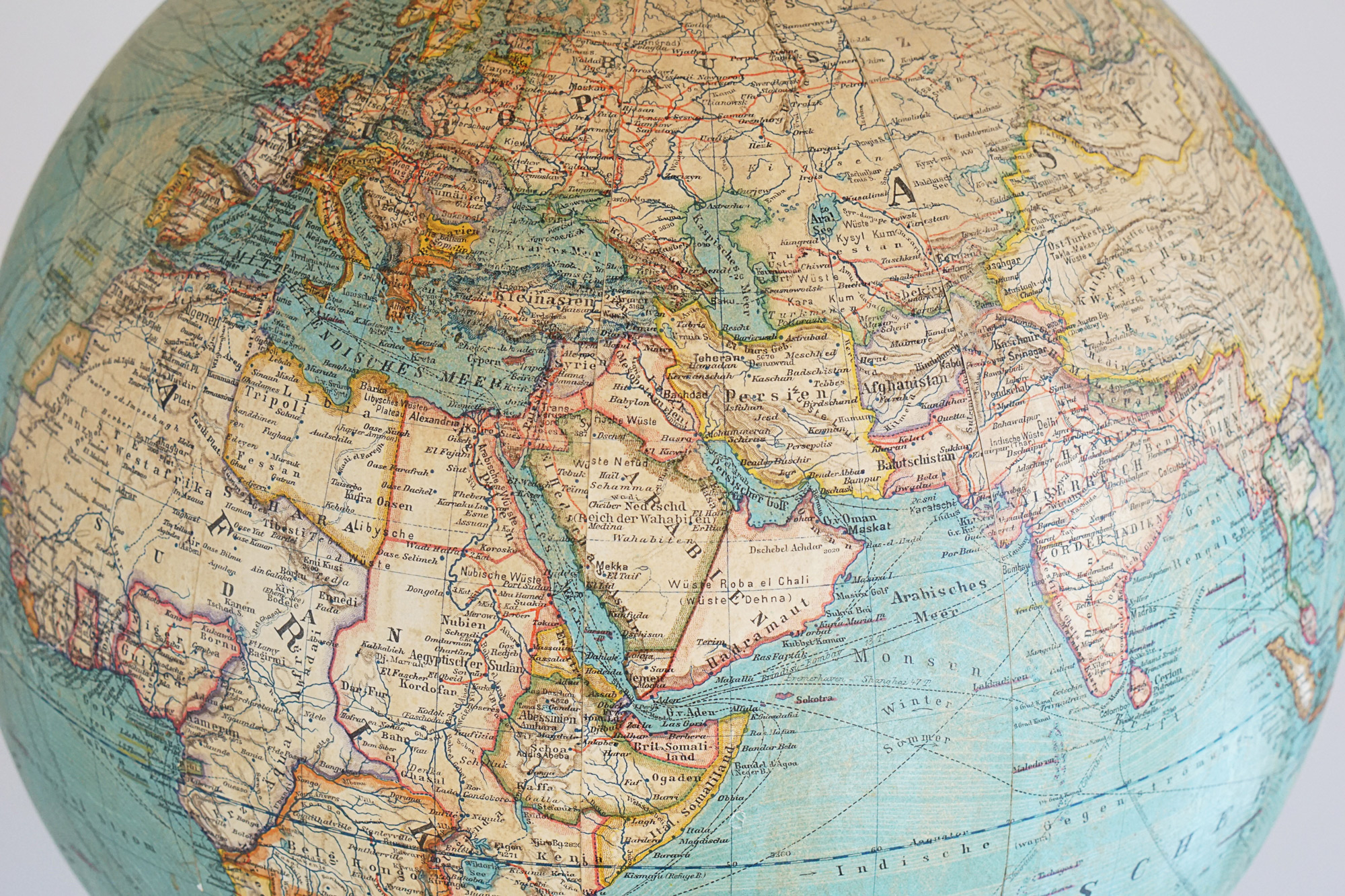 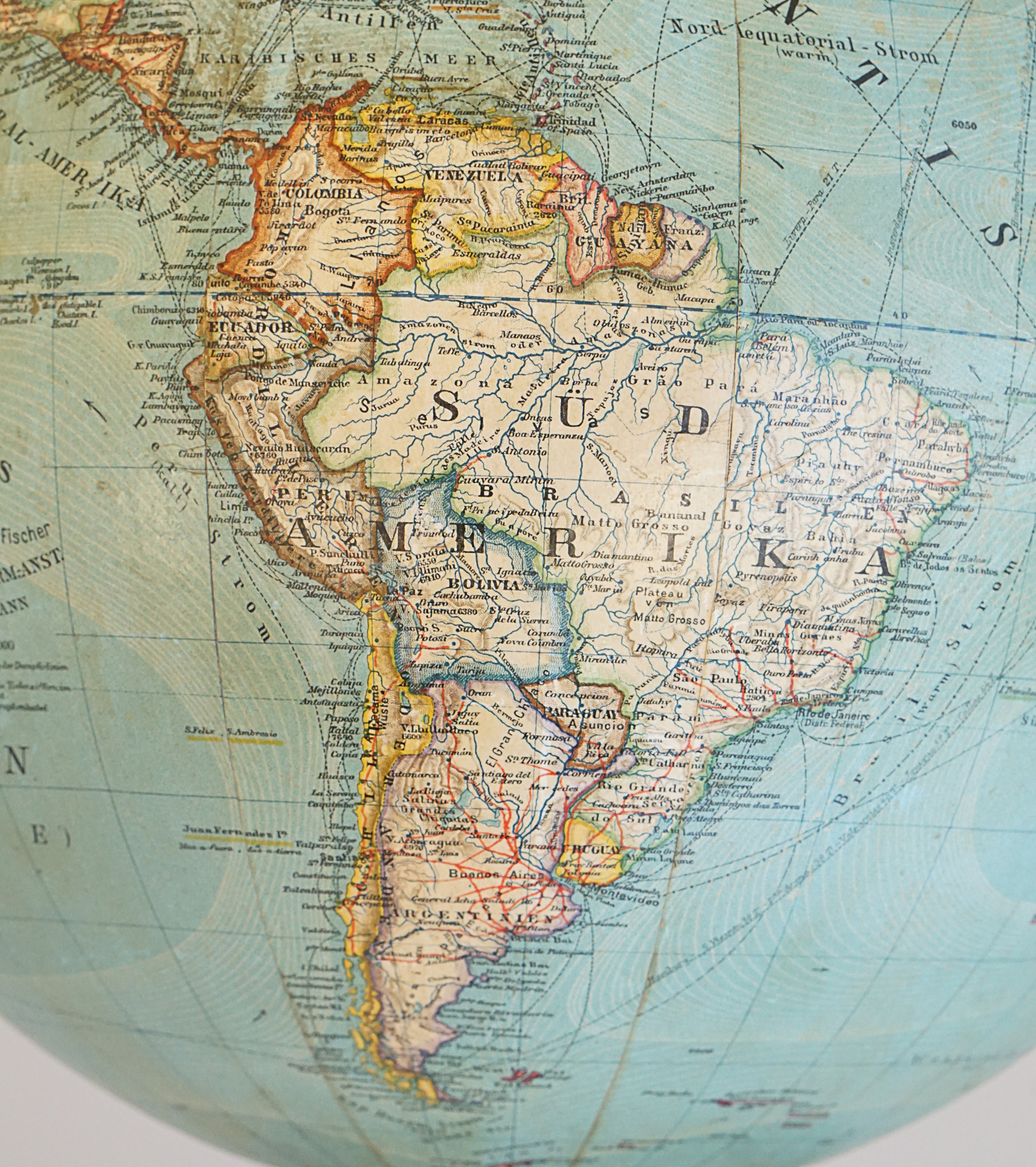 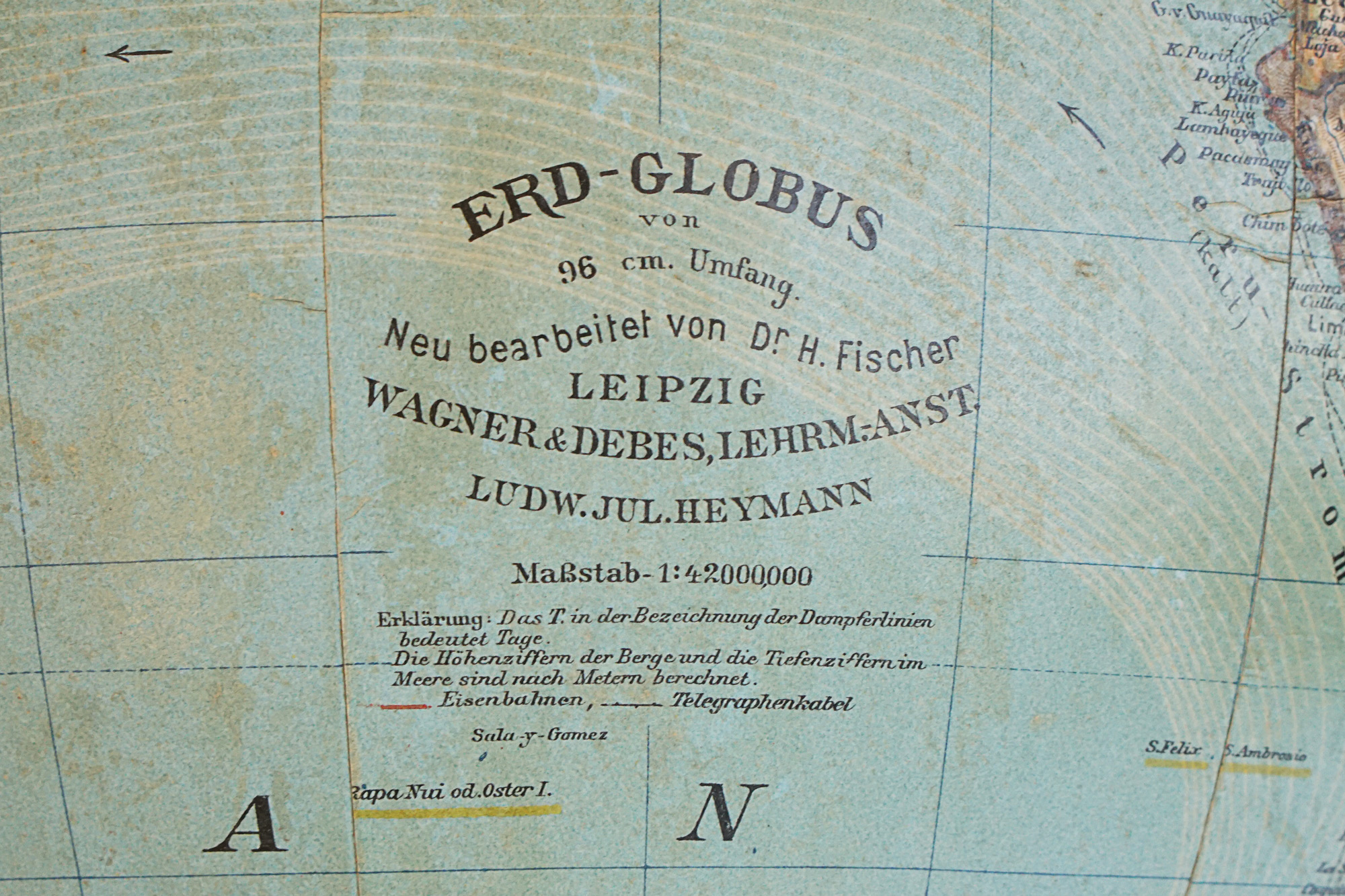 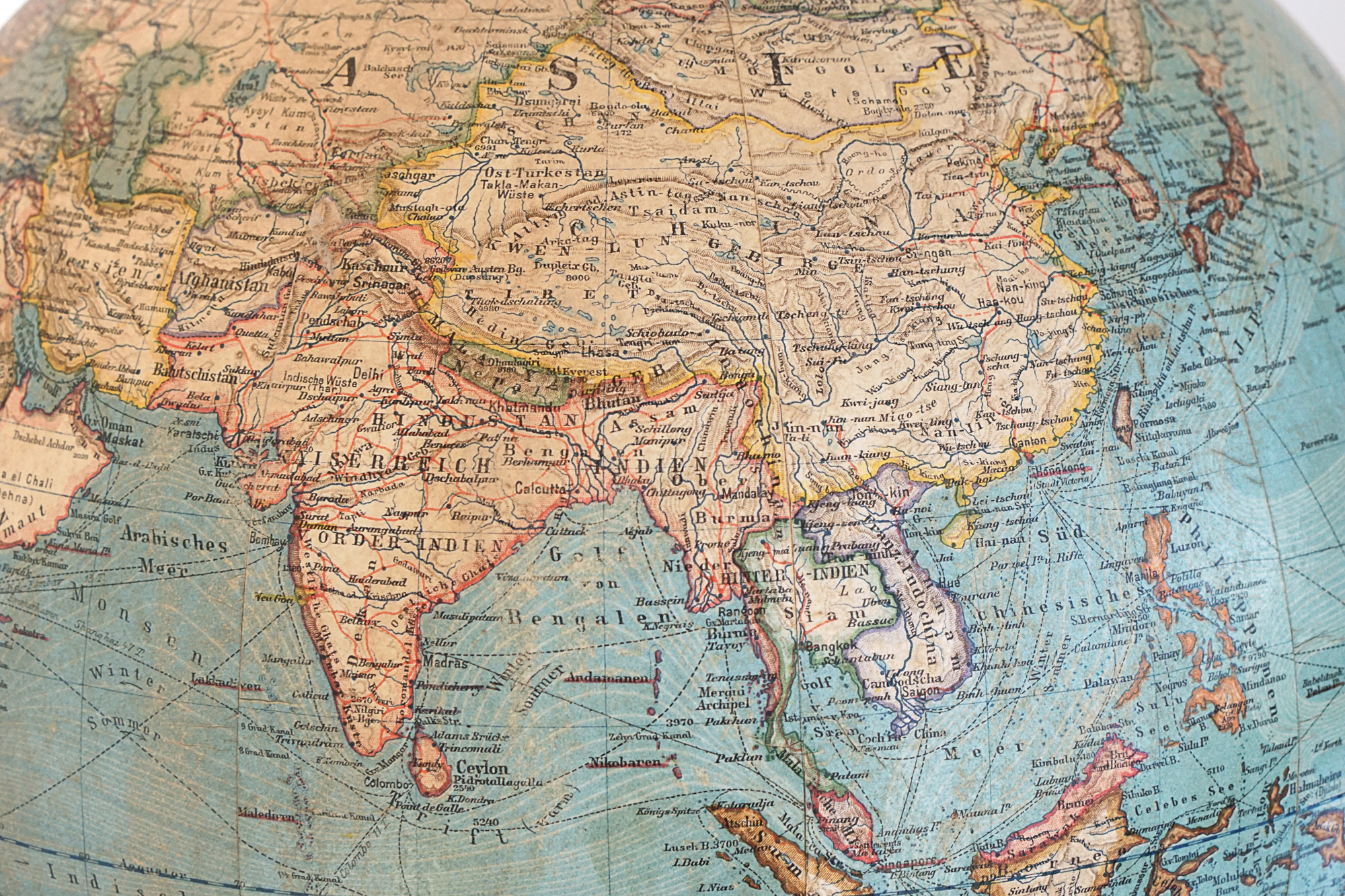 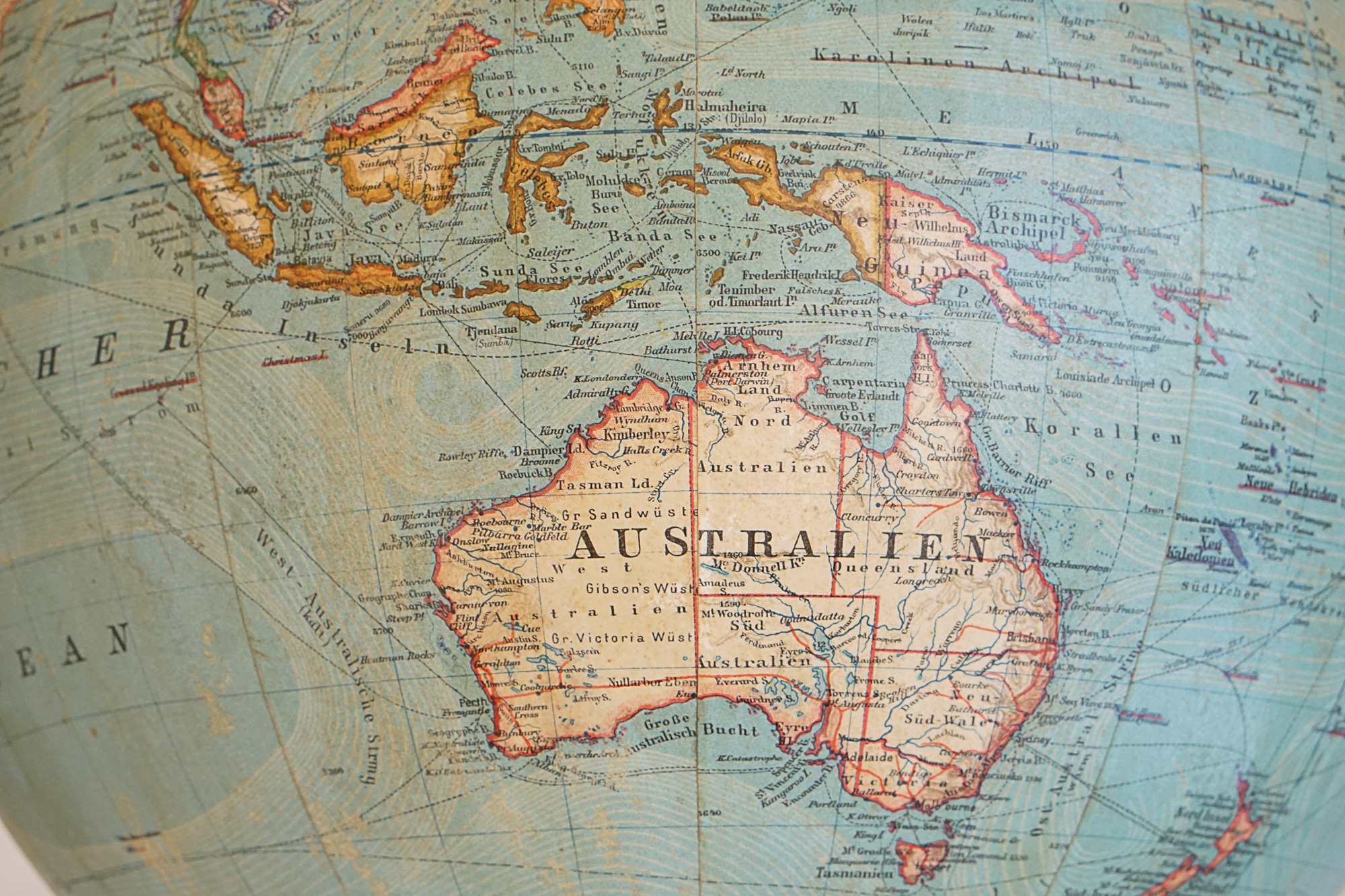 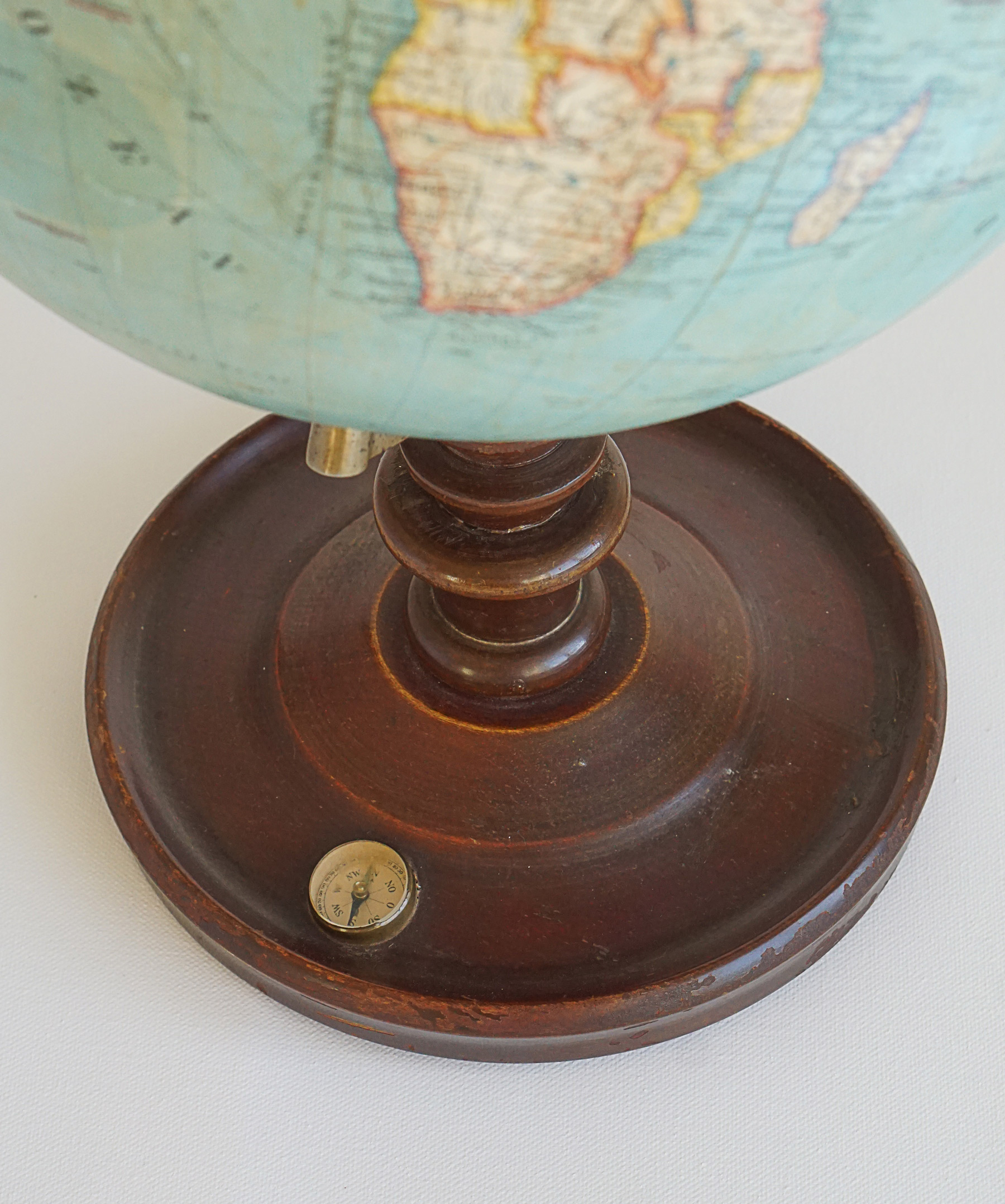 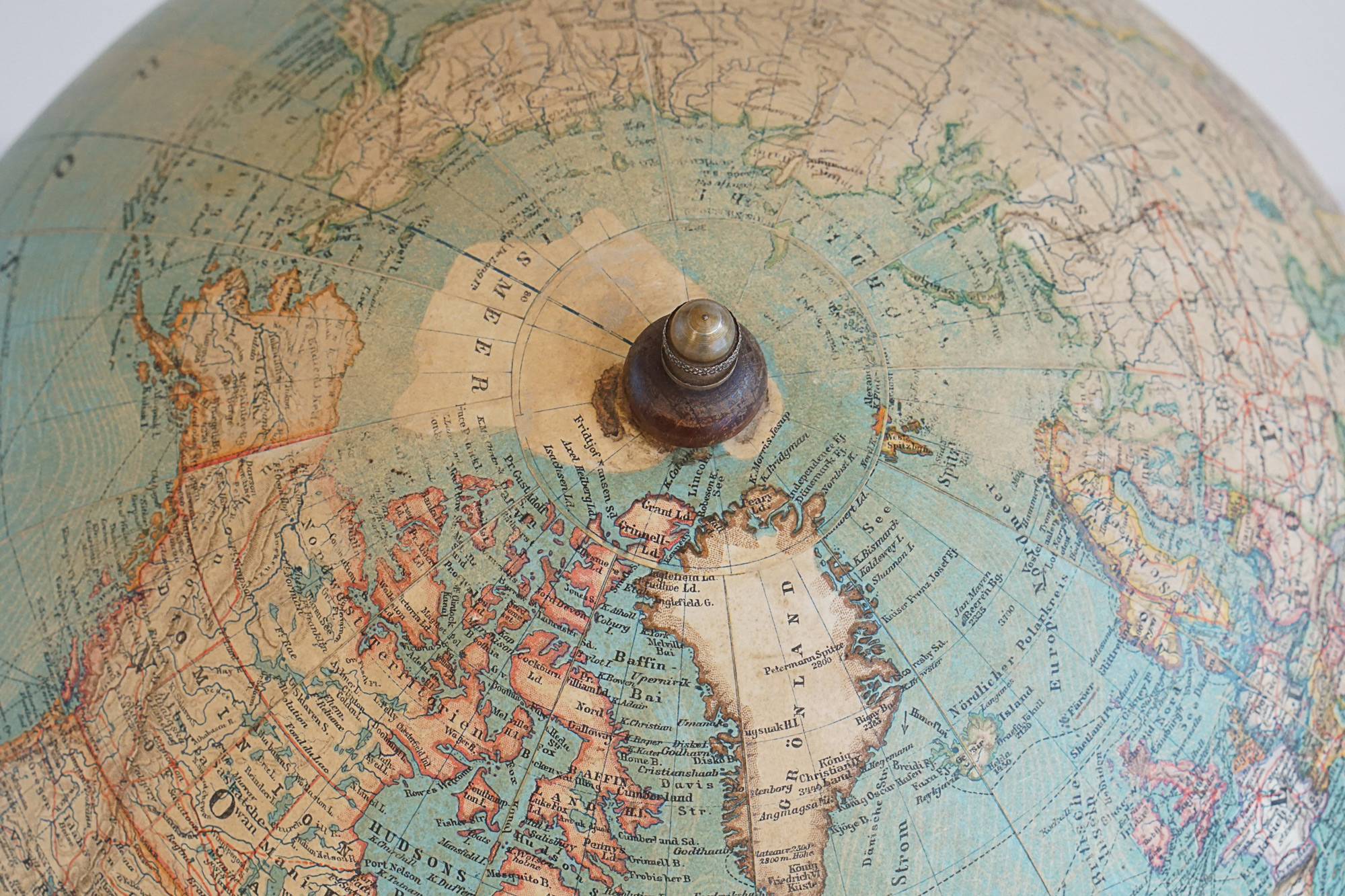 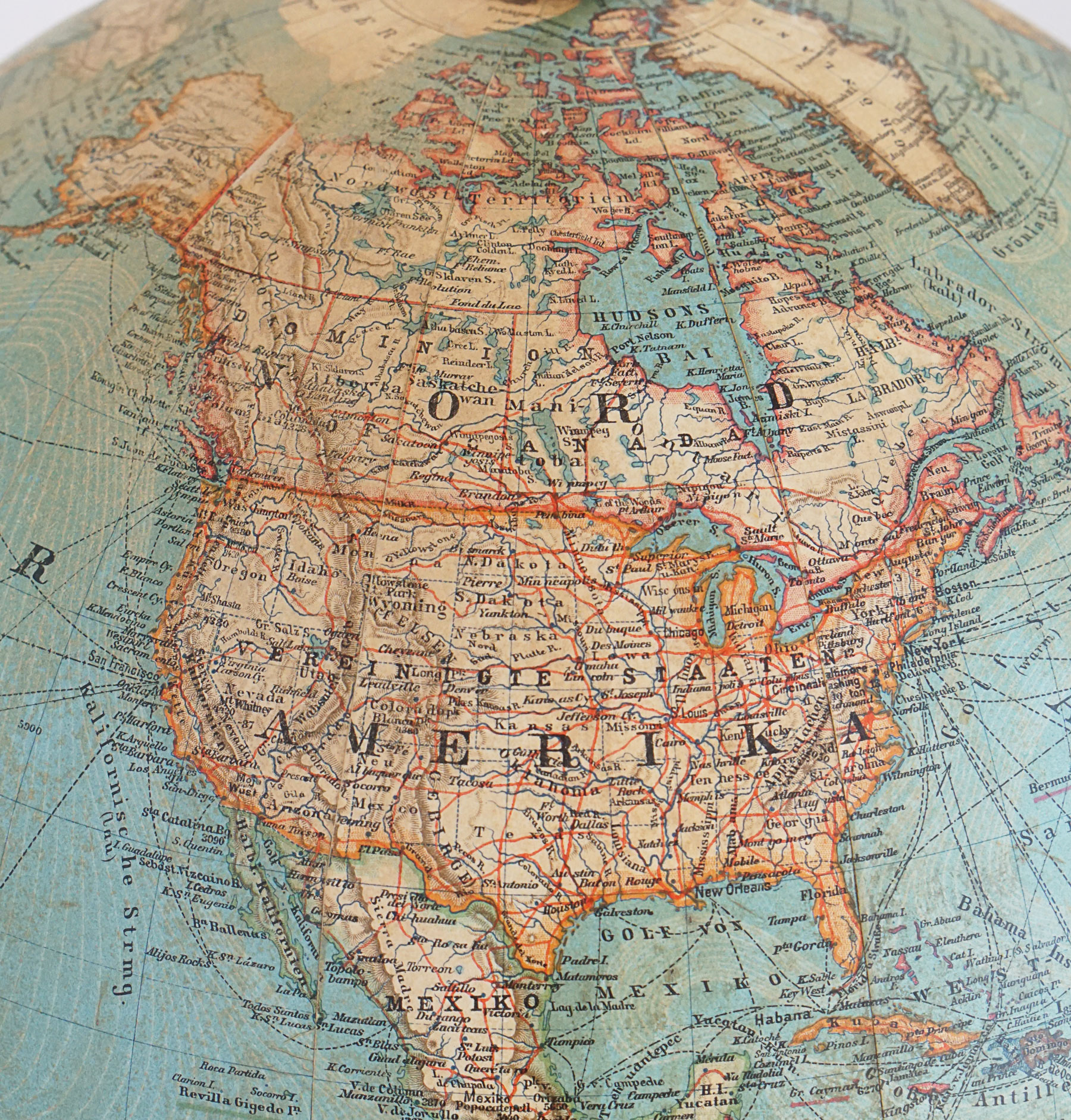 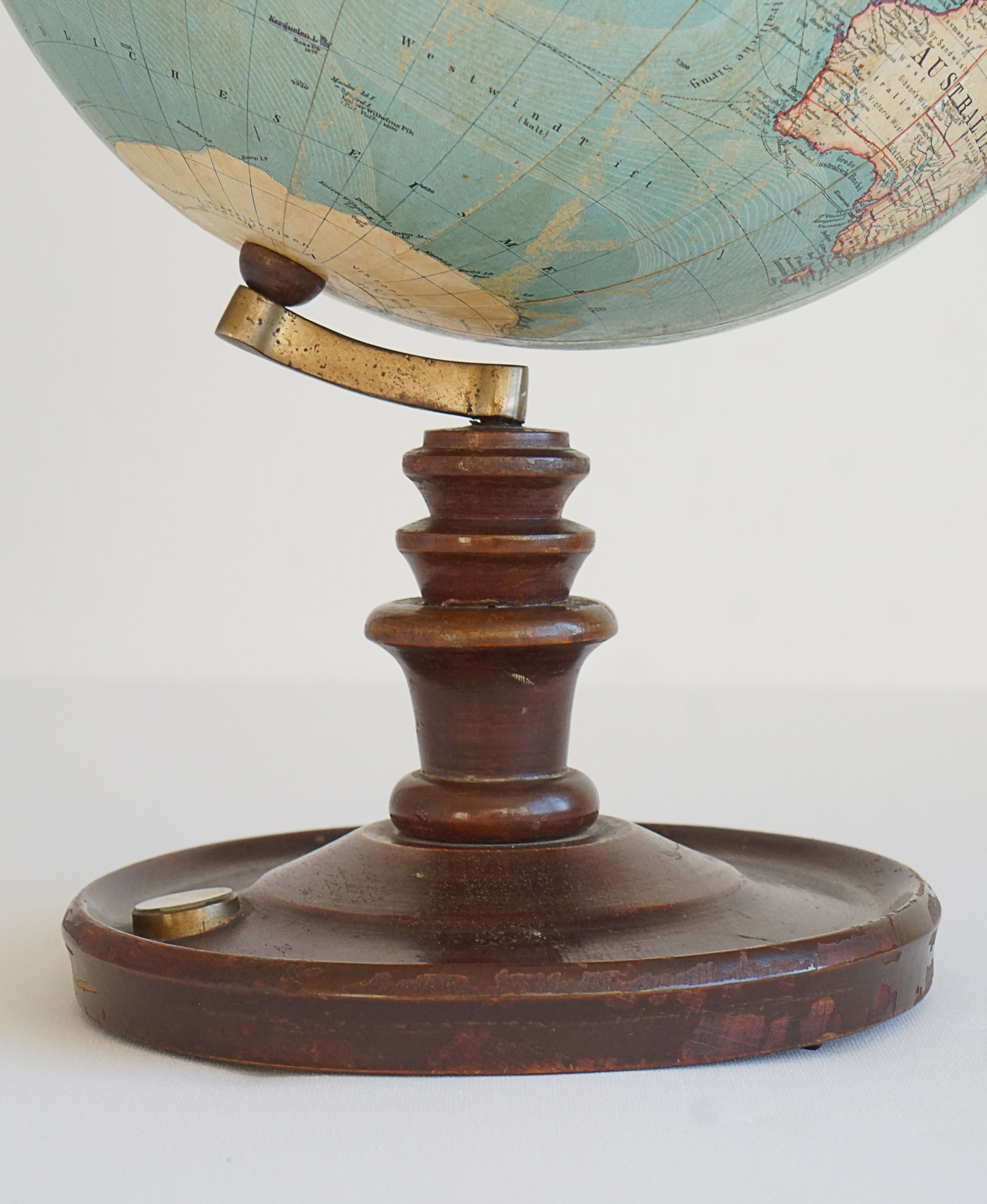 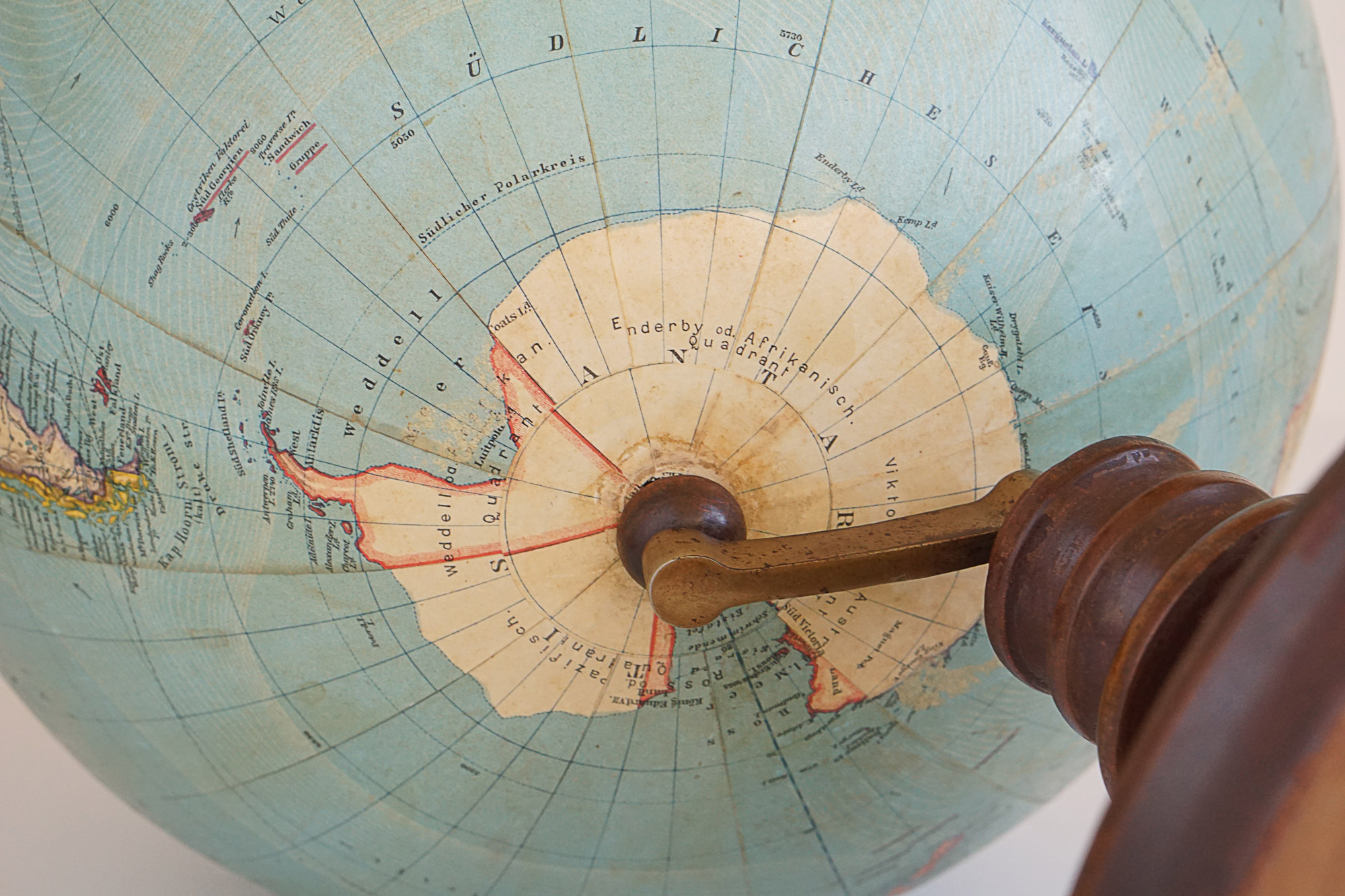 This detailed political and physical globe with very bright and colourful country borders seems to be one of the latest globes made by Ludwig Heymann. Most of the Heymann globes found today are from the last decade of 19th century and only very few of them can be found from the period later than 1920. Ludwig Julius Heymann was a well known German globe maker originally based in Berlin, although not much about him can be found online.

The map shows a very detailed network of railways and undersea cables. The ship routes are marked with the travel durations in days which is rather uncommon in globes, but also rather practical from a travellers' point of view. The route from Plymouth (UK) to Wellington (New Zealand) via Capetown (South Africa) and Hobart (Tasmania) took 44 days, the other way round through Pacific ocean and Magellan strait took "only" 40 days. The longest route displayed on the globe is a route from Hamburg to Callao (north of Lima, Peru) which took incredible 64 days. Many small remote islands on the map are attributed to its colonising countries and underlined by a colour of the ruling country. Cities are marked with a blue dot. The basic terrain is portrayed with light brown hachuring. There are many mountains and ocean depths.

Petrograd has its new name (Leningrad) shown next to its original name and Oslo is no longer Christiana, however Istanbul is still show as Constantinople, suggesting the globe was made between 1925 and 1930.

The globe has a rather elaborated stand from dark brown wood fitted with a compass. This highly decorative stand was typical for Heymann globes, however it may have likely been perceived a outdated as majority of other globes from this era have already shifted towards more subtle and less decorated stands which were more practical for hand-holding and keeping them dust-free.

Very nice bright colours on the map and only very light abrasion on the surface around Siberia and Arctic ocean. Otherwise very good condition overall.