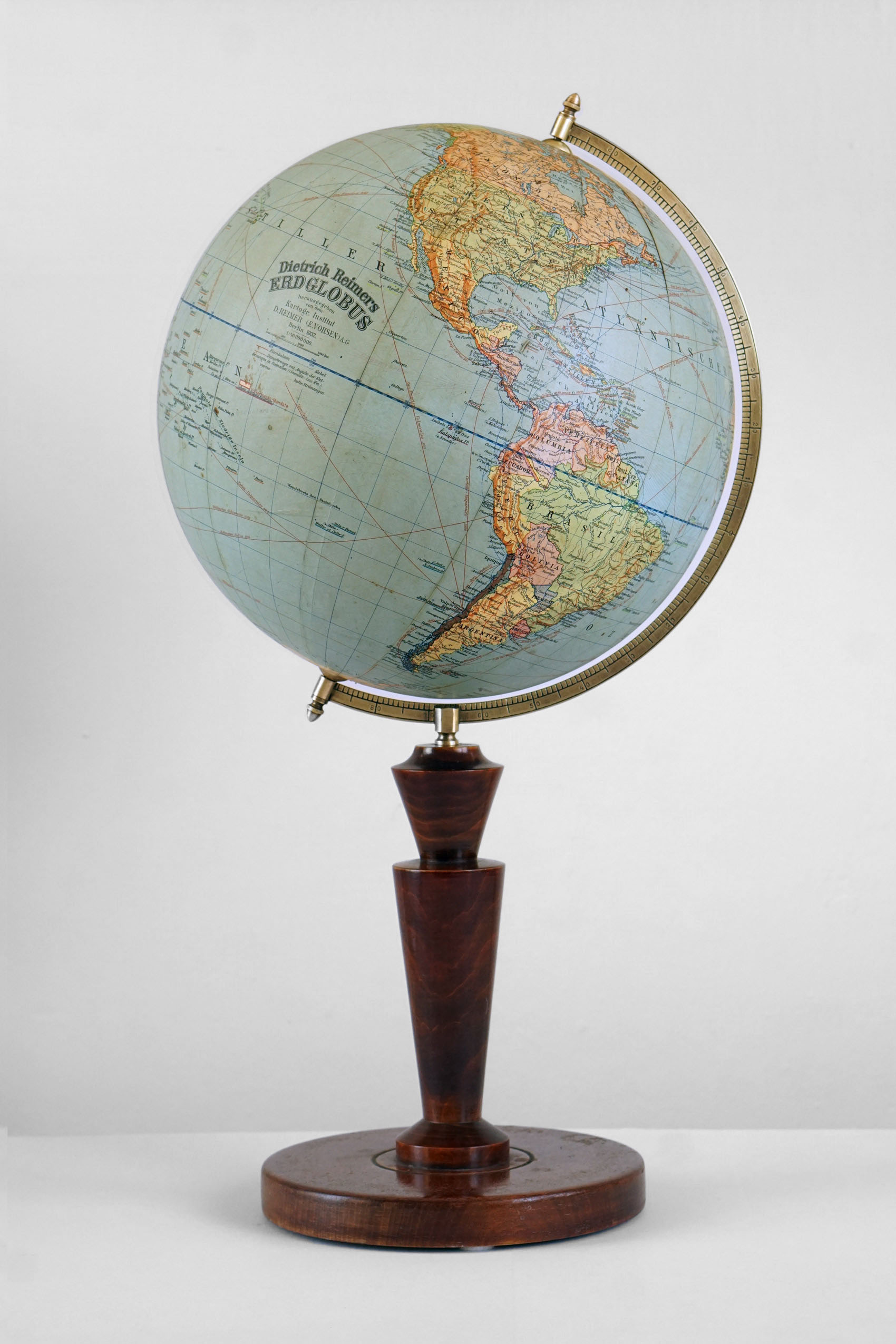 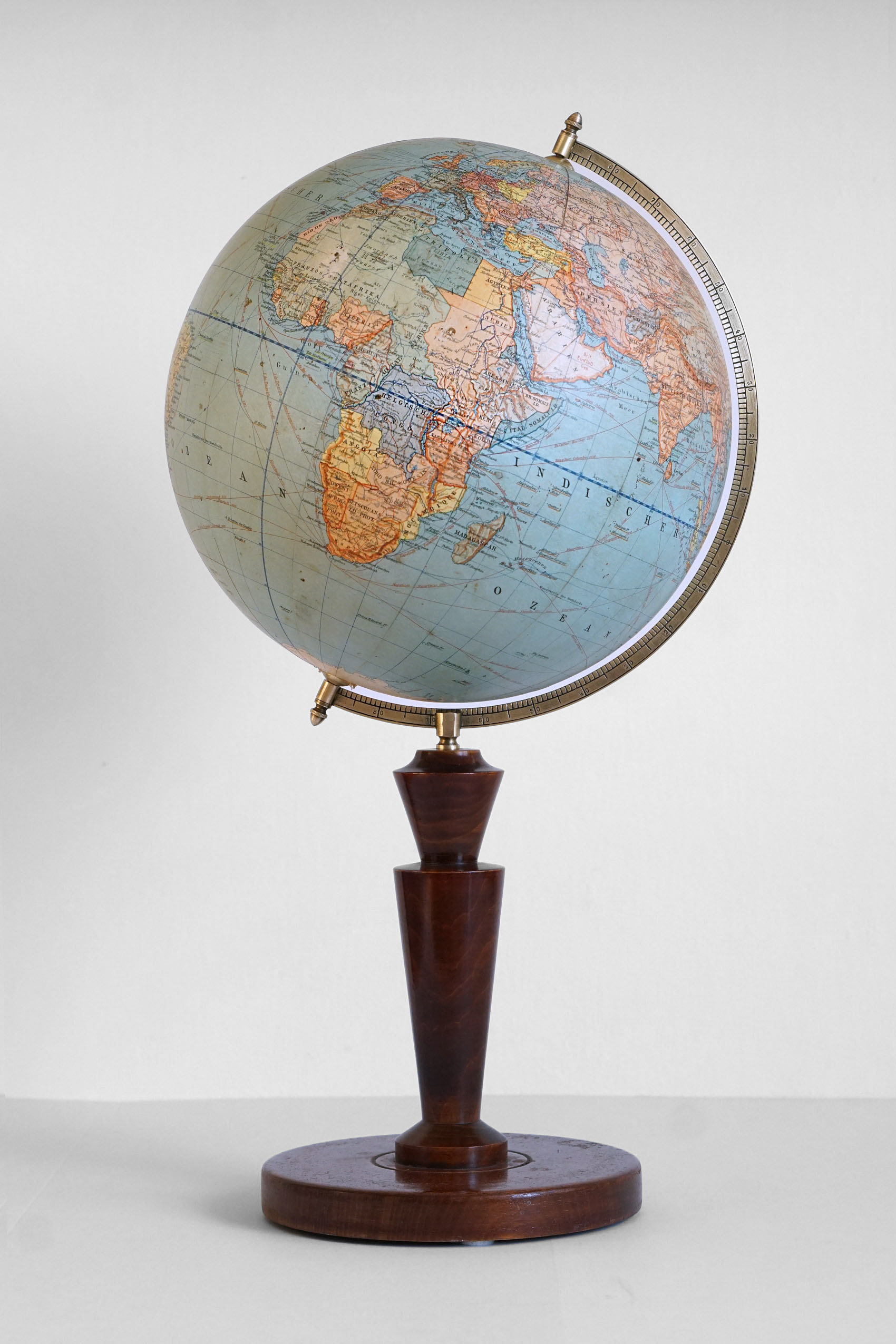 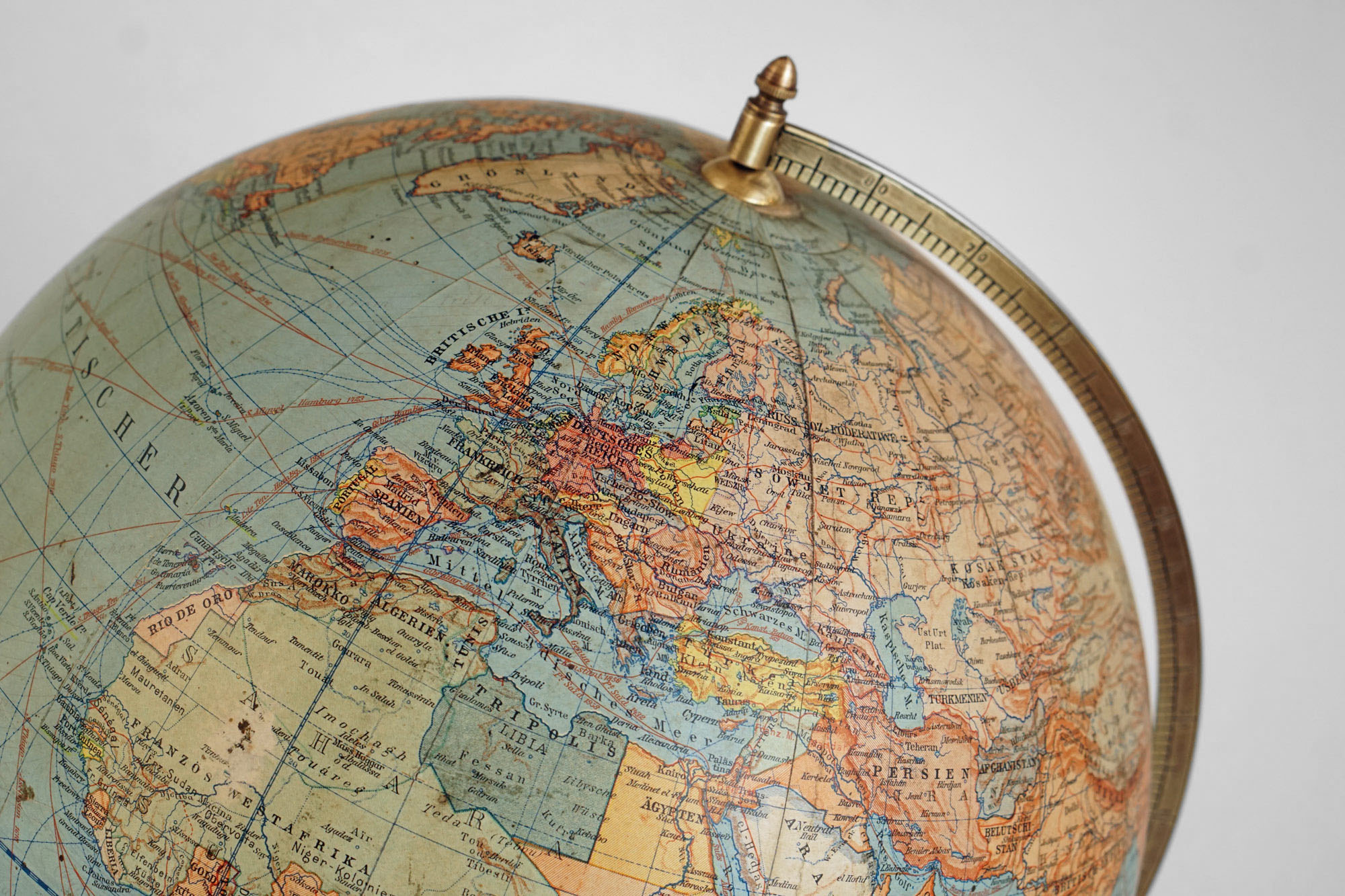 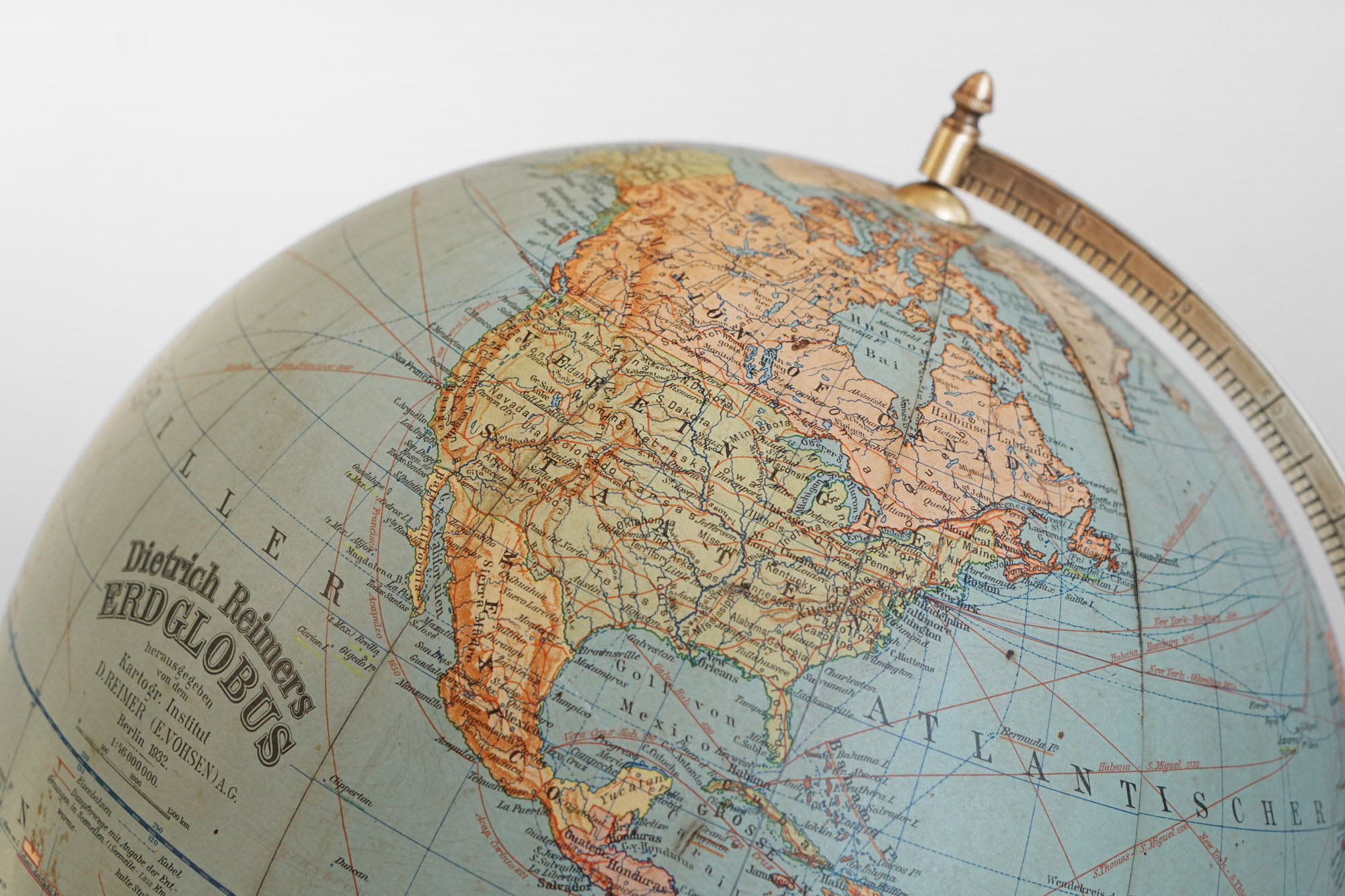 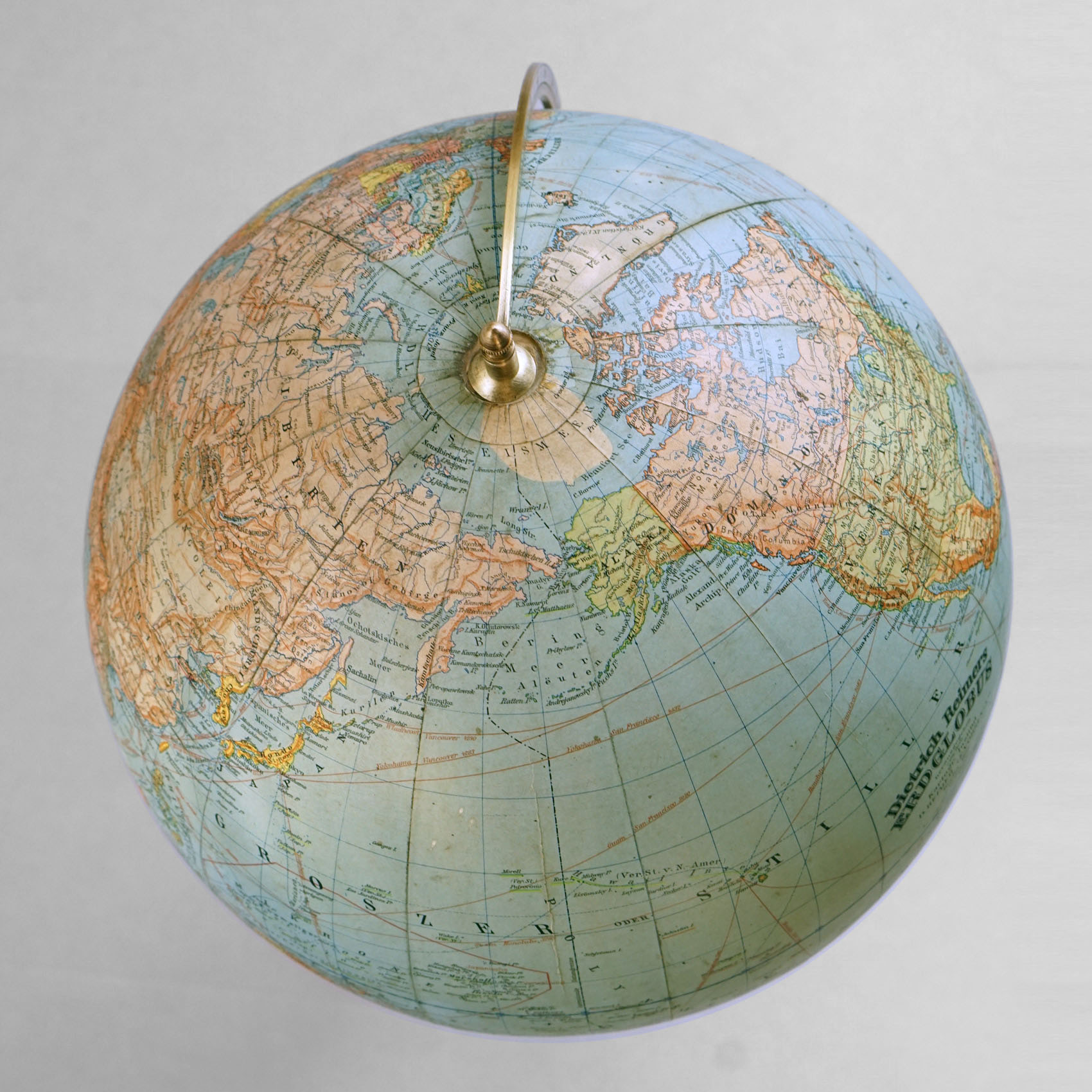 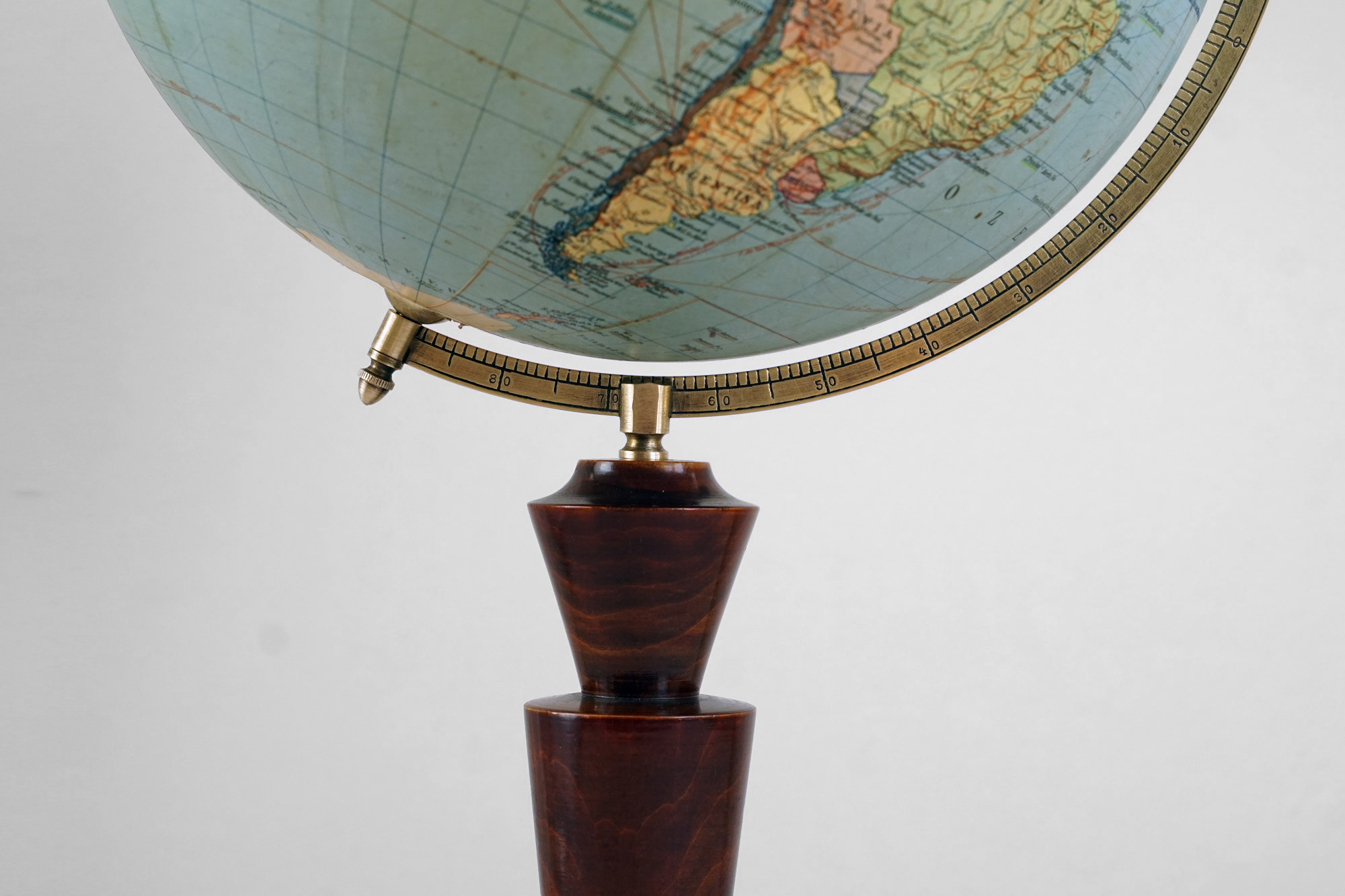 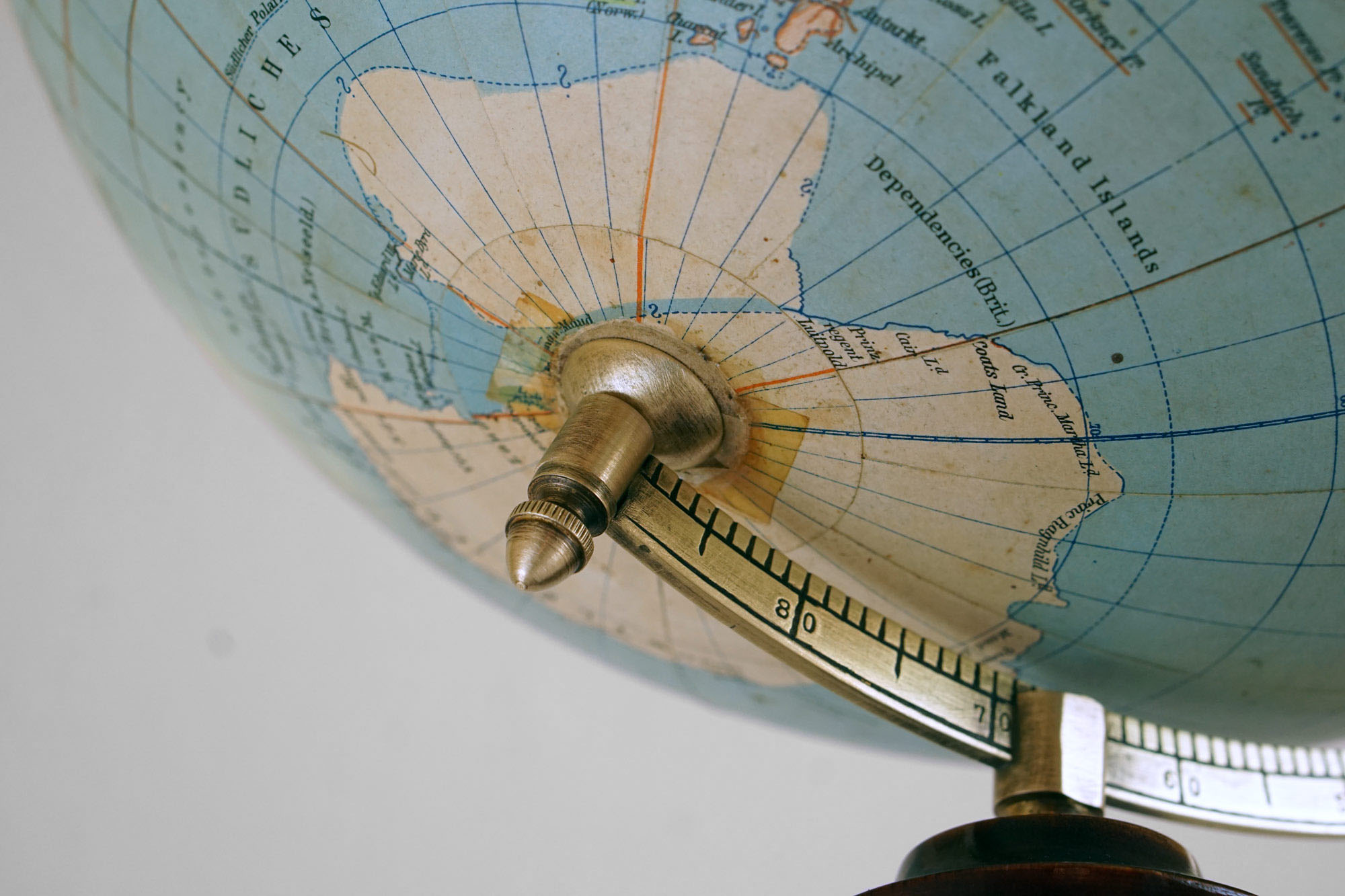 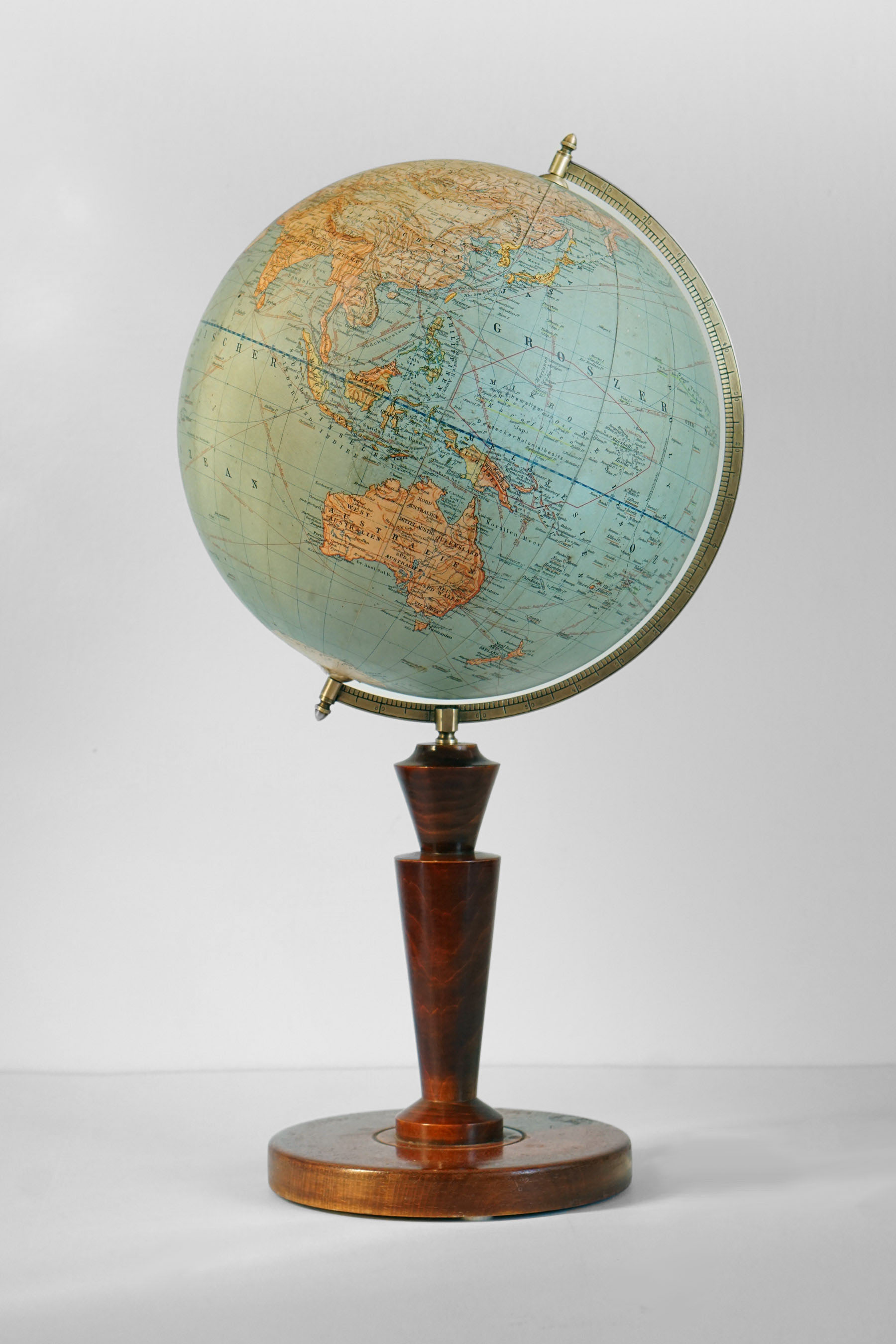 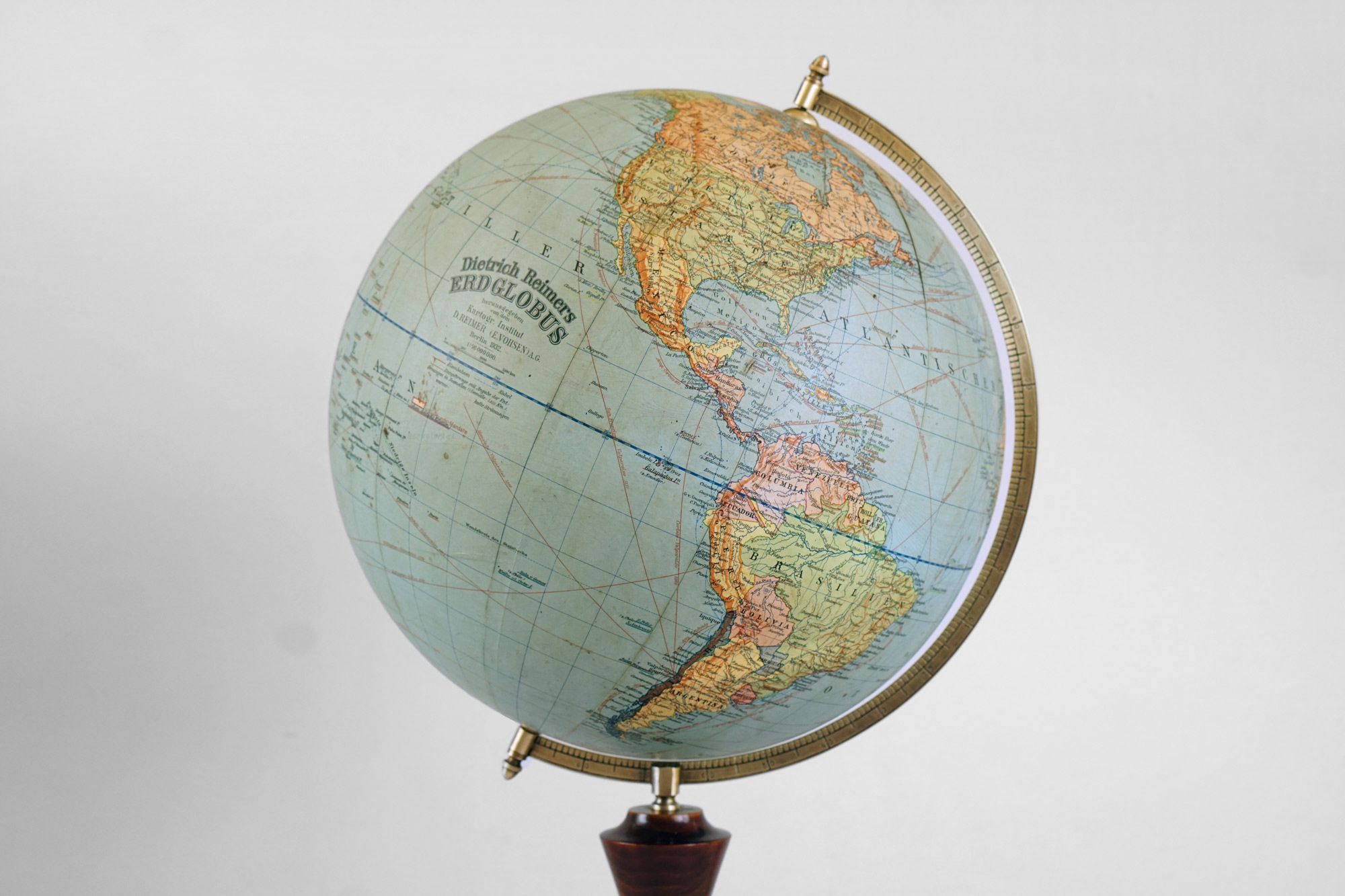 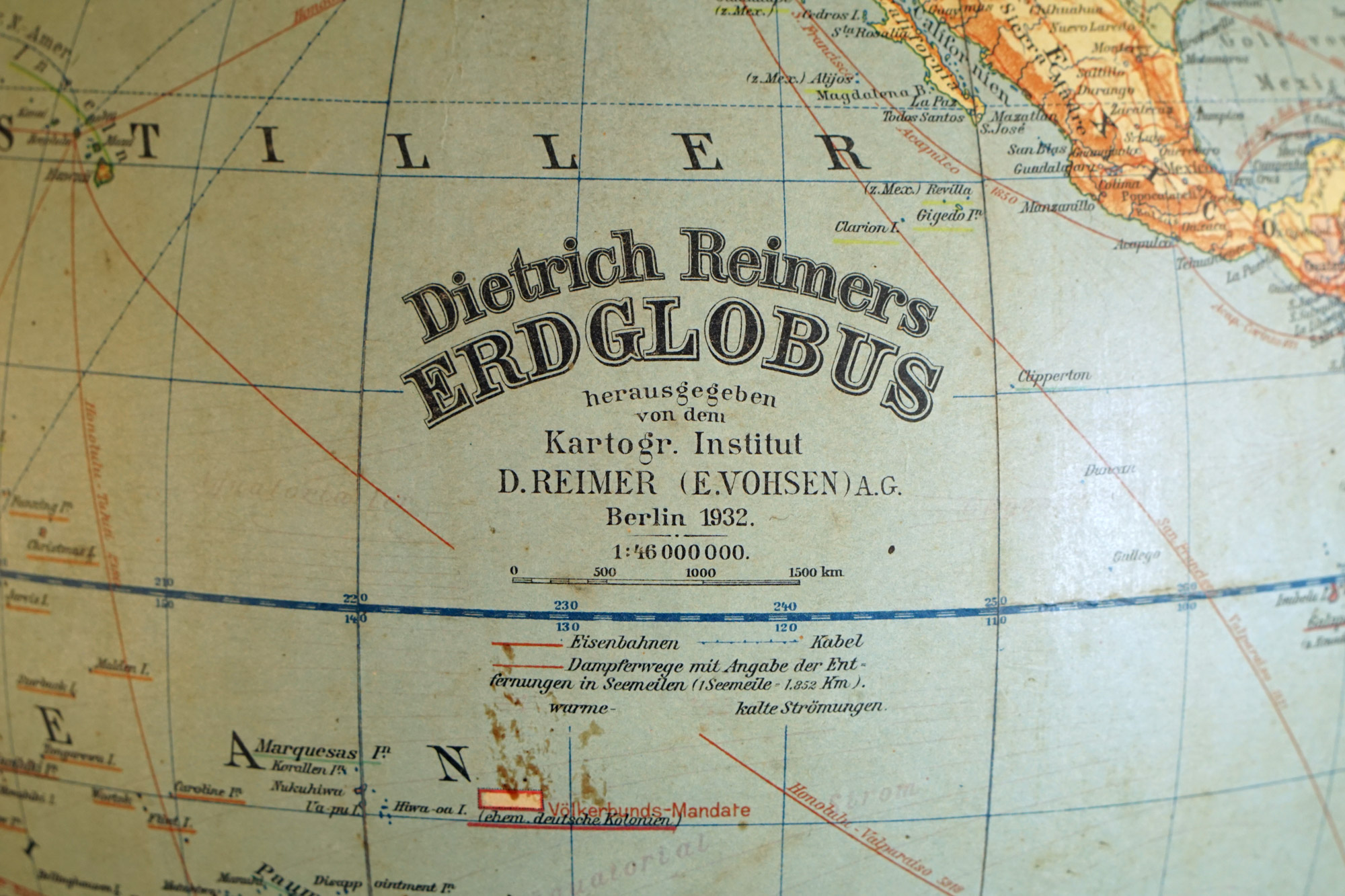 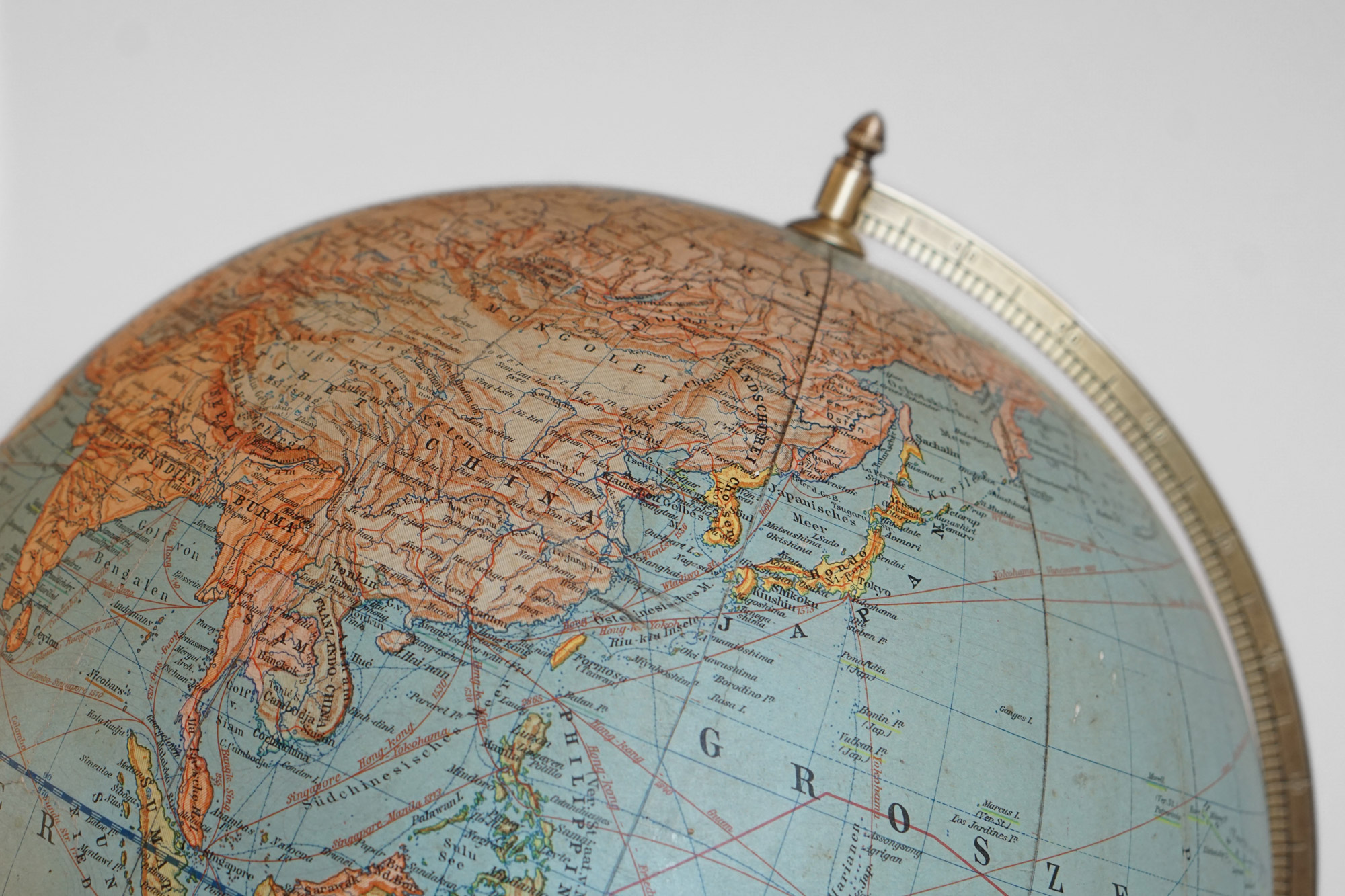 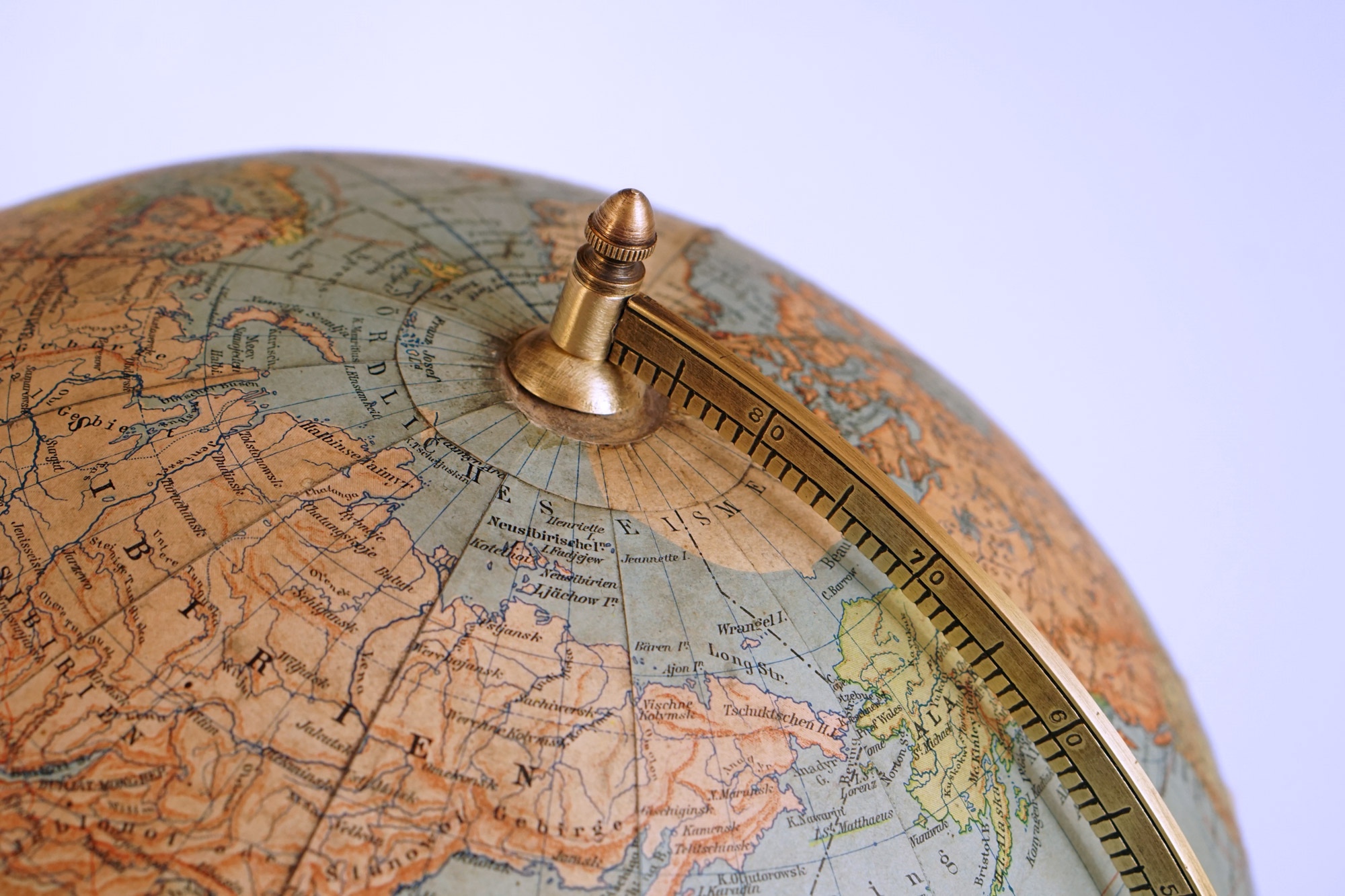 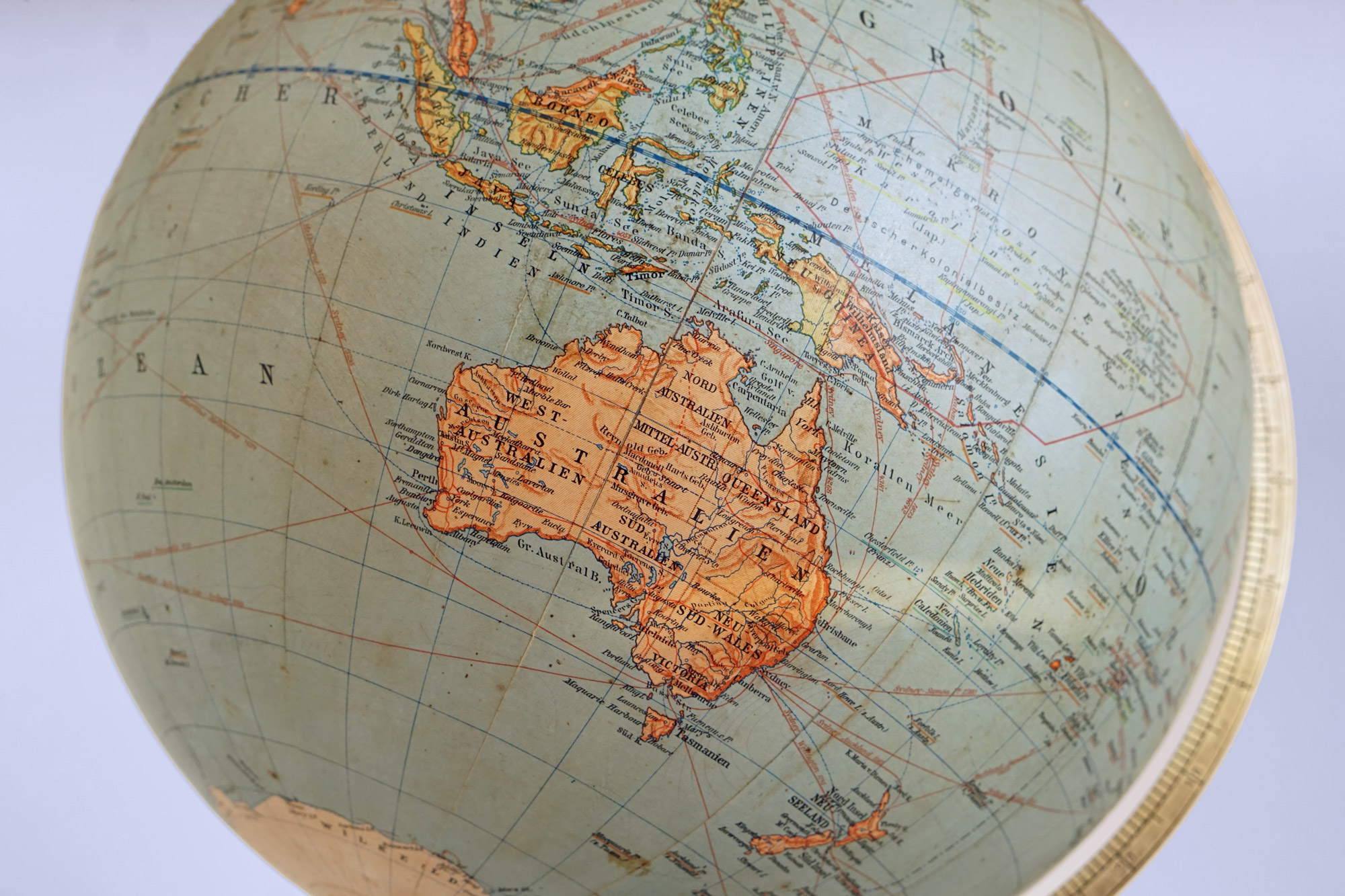 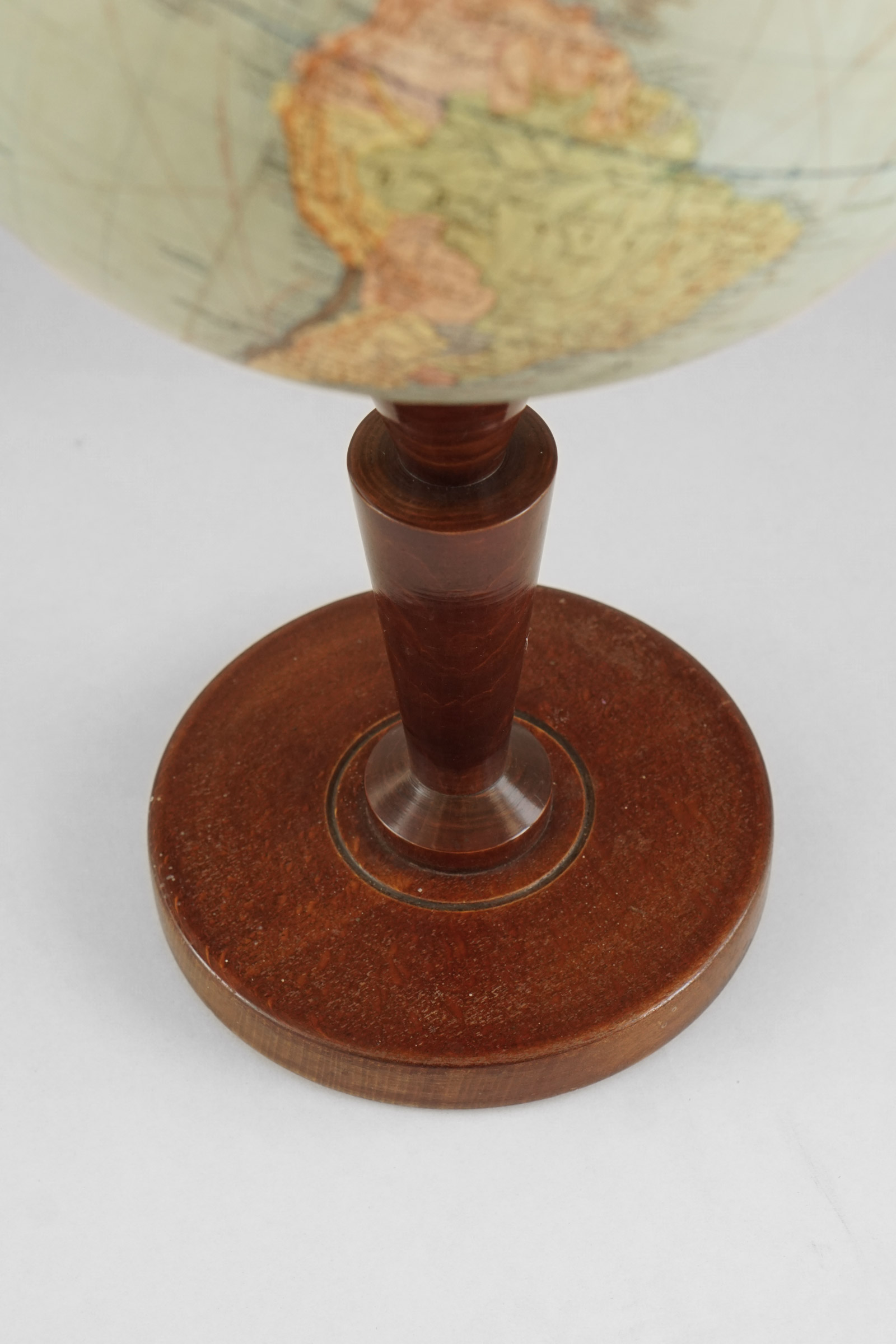 Very detailed large German globe made just prior to Nazi party gainig control over Gemany. Colonial territories or dependencies are shown in the same combination of color and hatching as their mother countries. Former German colonies are outlined (underlined) in red. There is many sea routes with distances in nautical miles shown as well as many sea telegraph cables. Although the globe was made in 1932 it still shows Istanbul as Konstantinopel (which changed it's name in 1930). A very interesting feature is shown in Antarctica - labeled as "Kgn. Maud" it shows some sort of canal or strait through the heart of Antarctica whose outline isn't still largely identified.

Near pristine original condition, bright colors and almost no damage or signs of age. Such a good condition is very uncommon for a globe of this age.