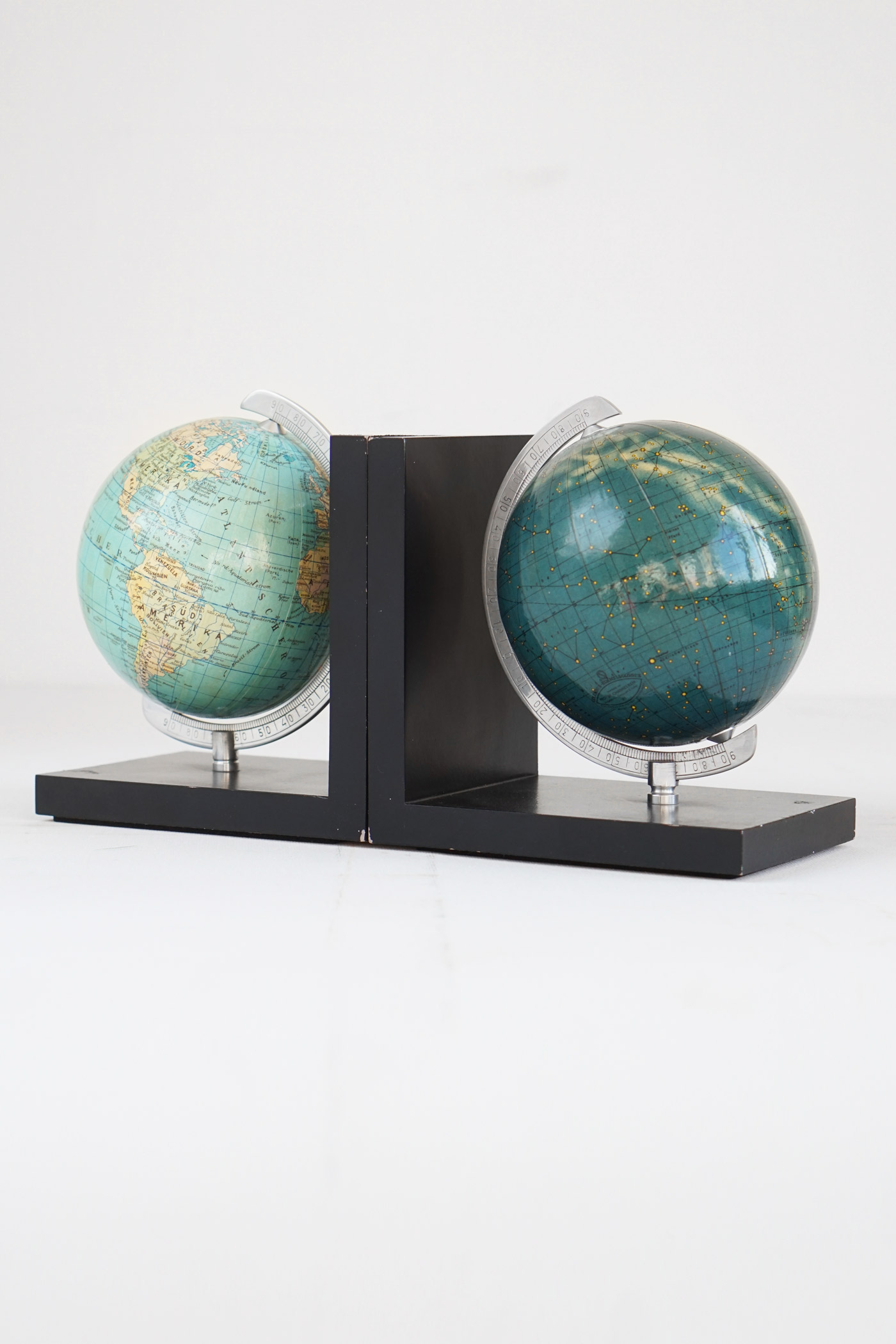 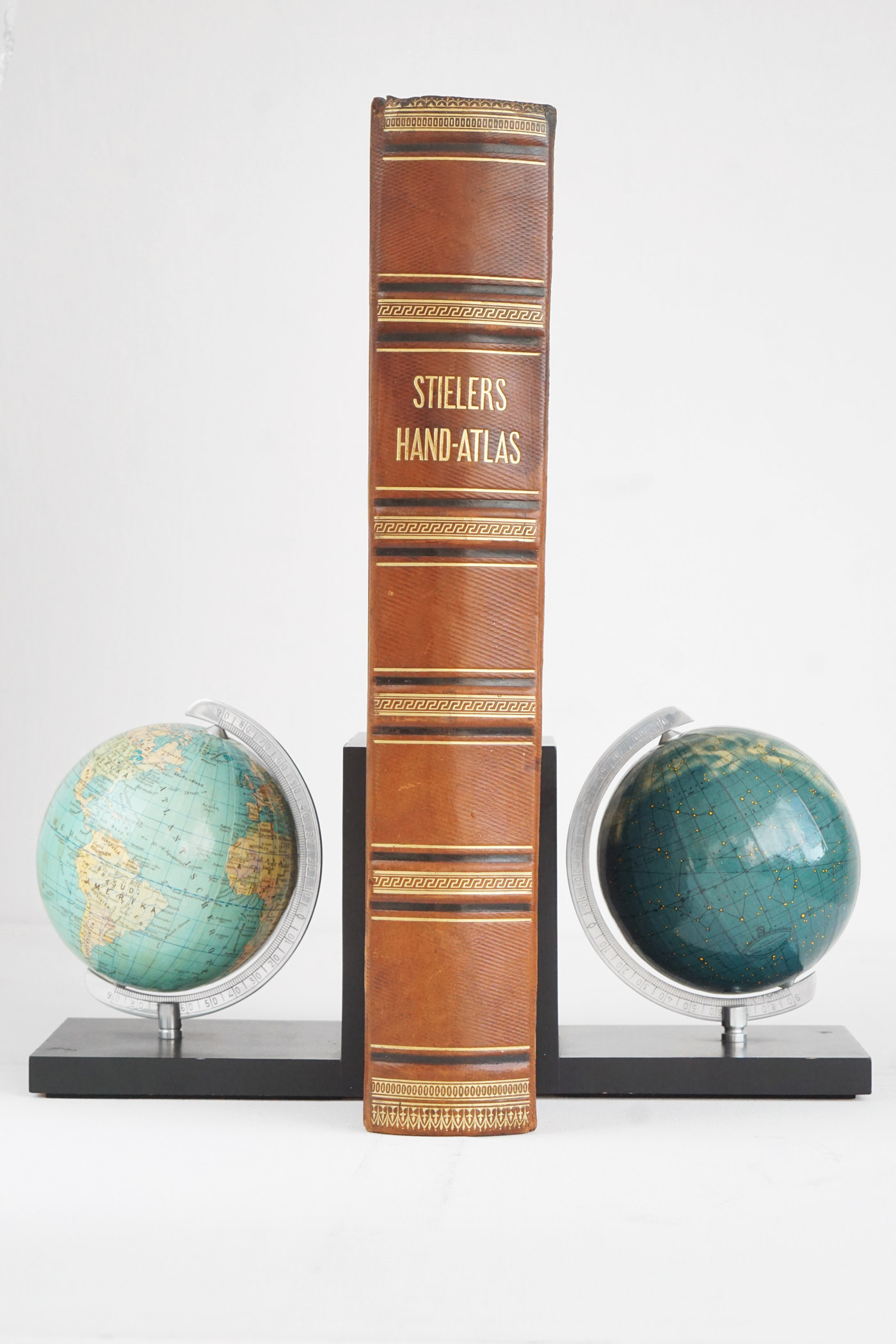 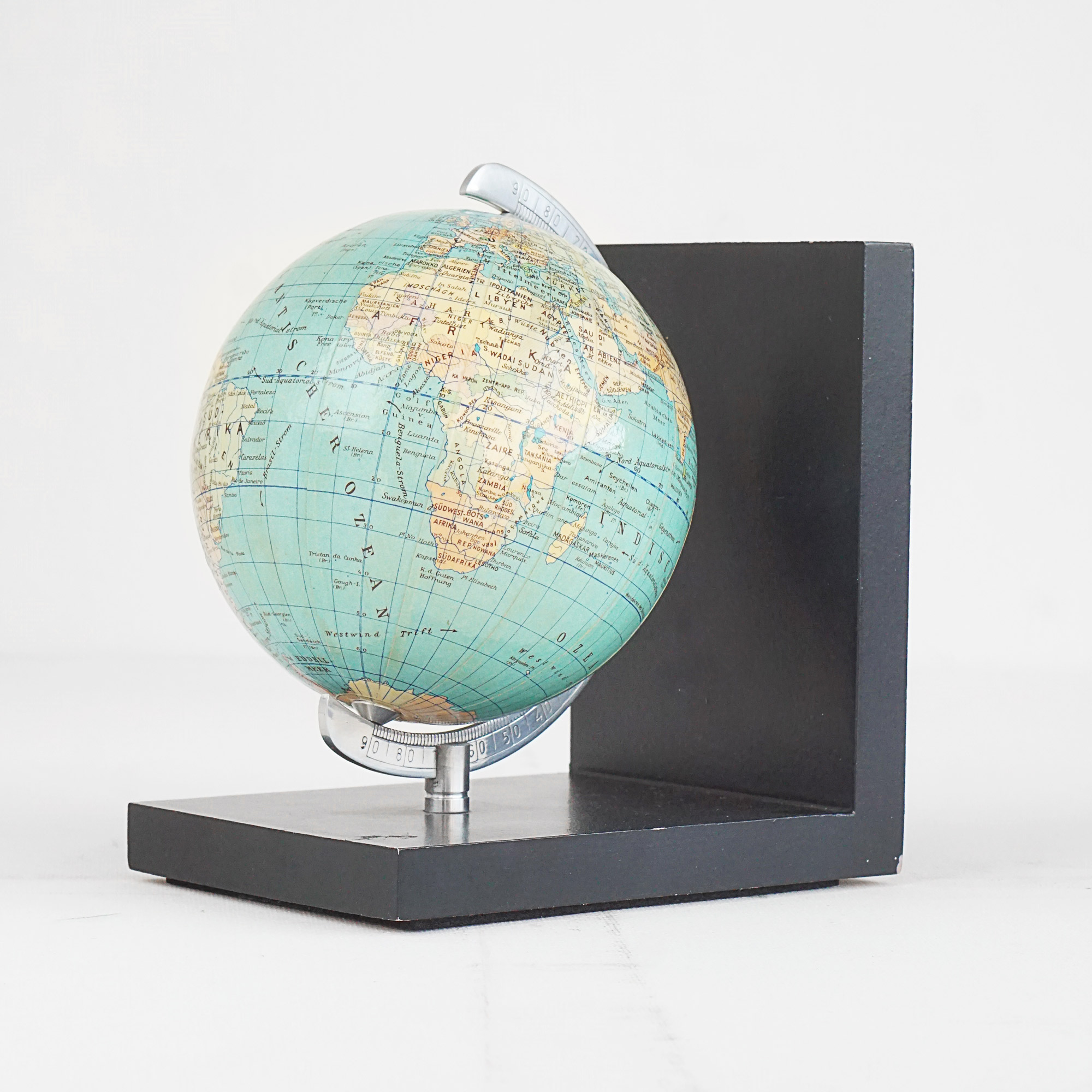 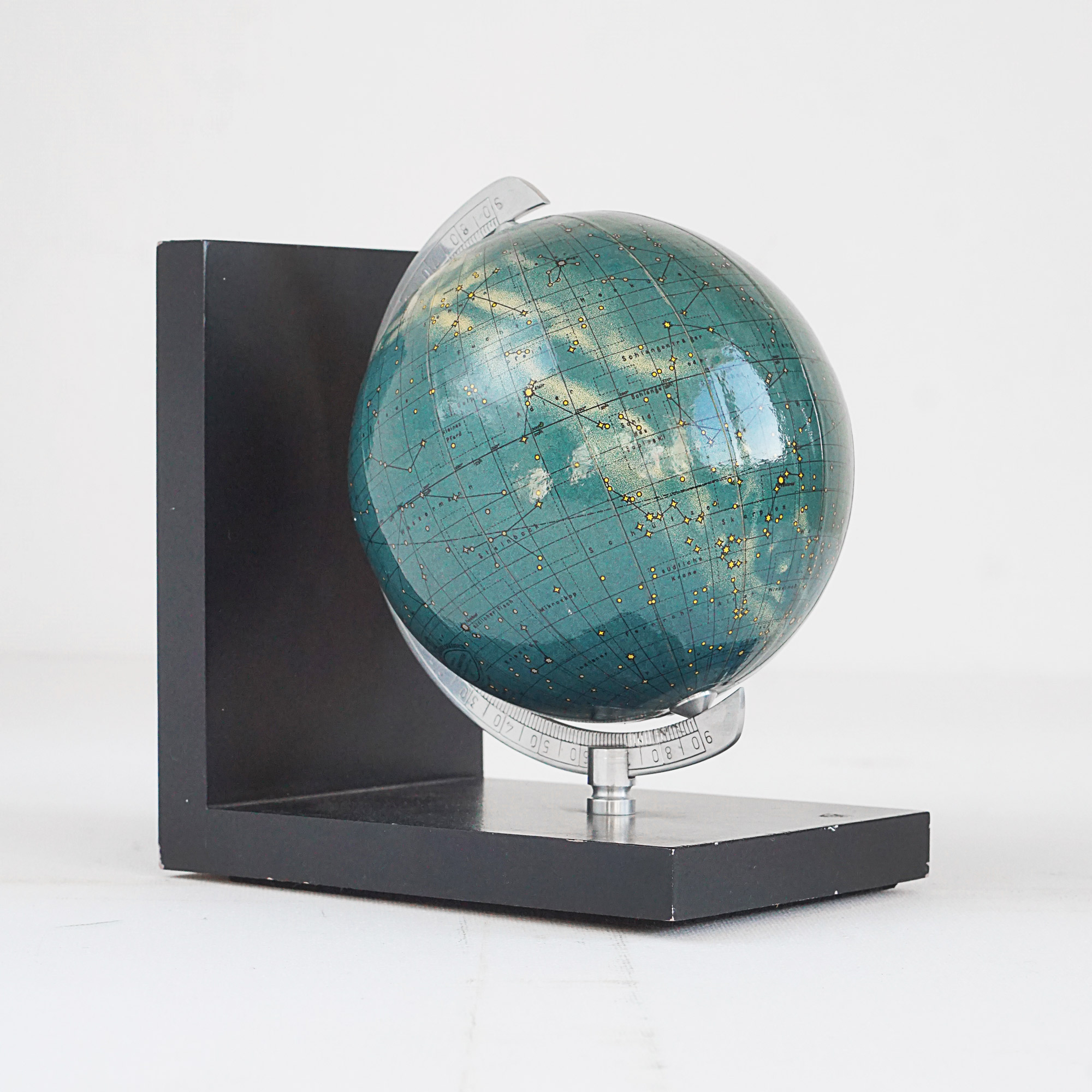 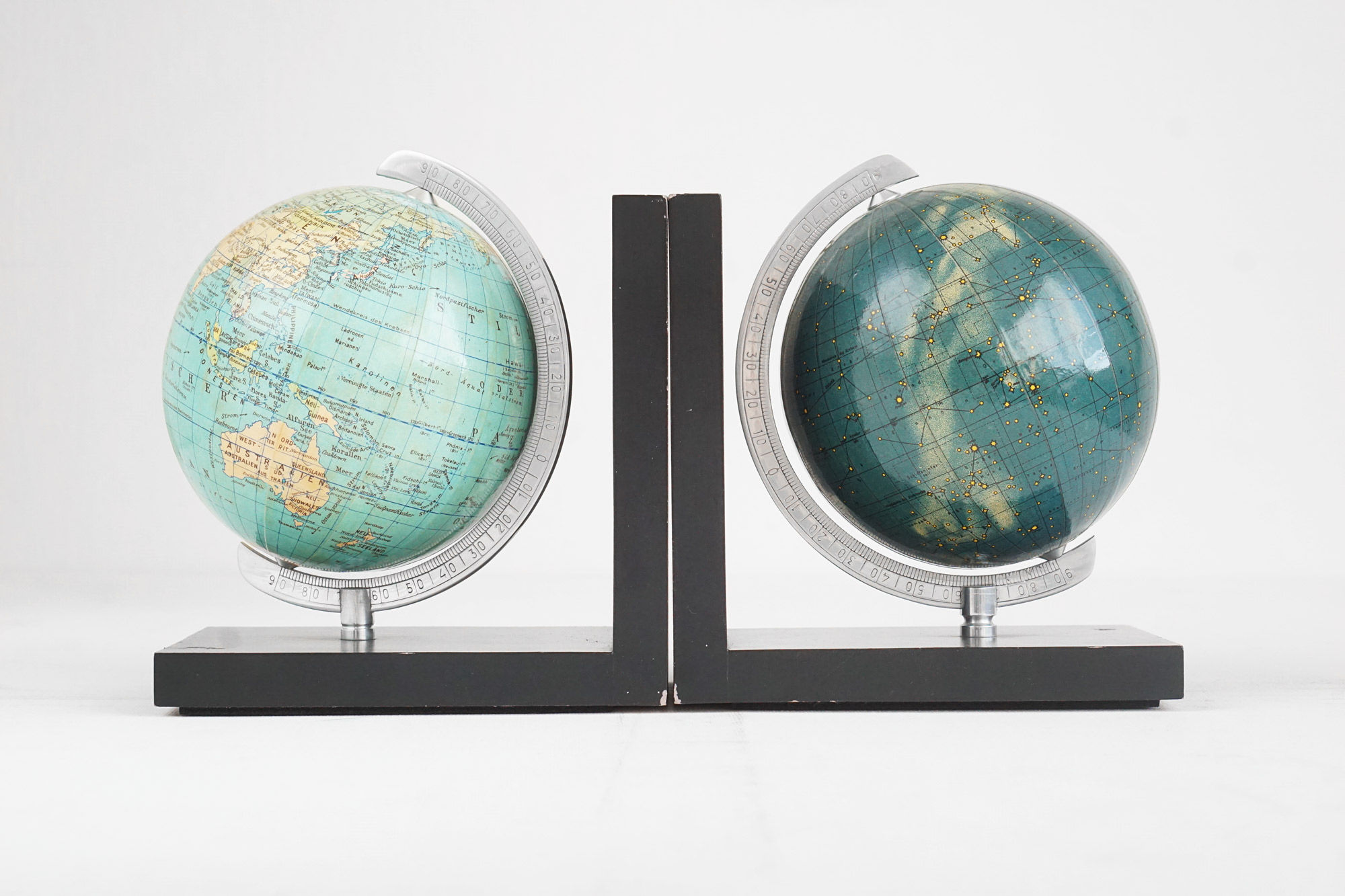 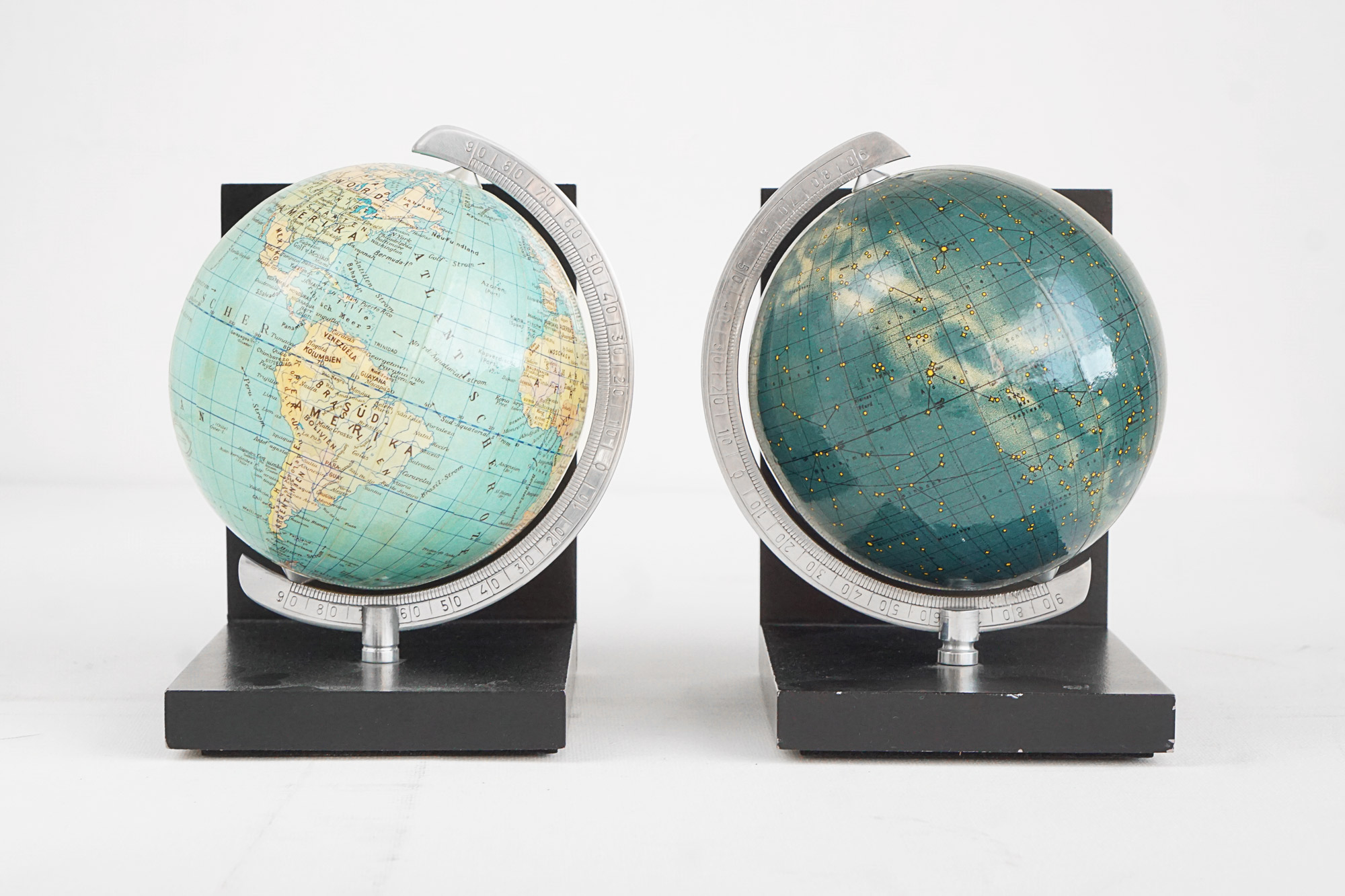 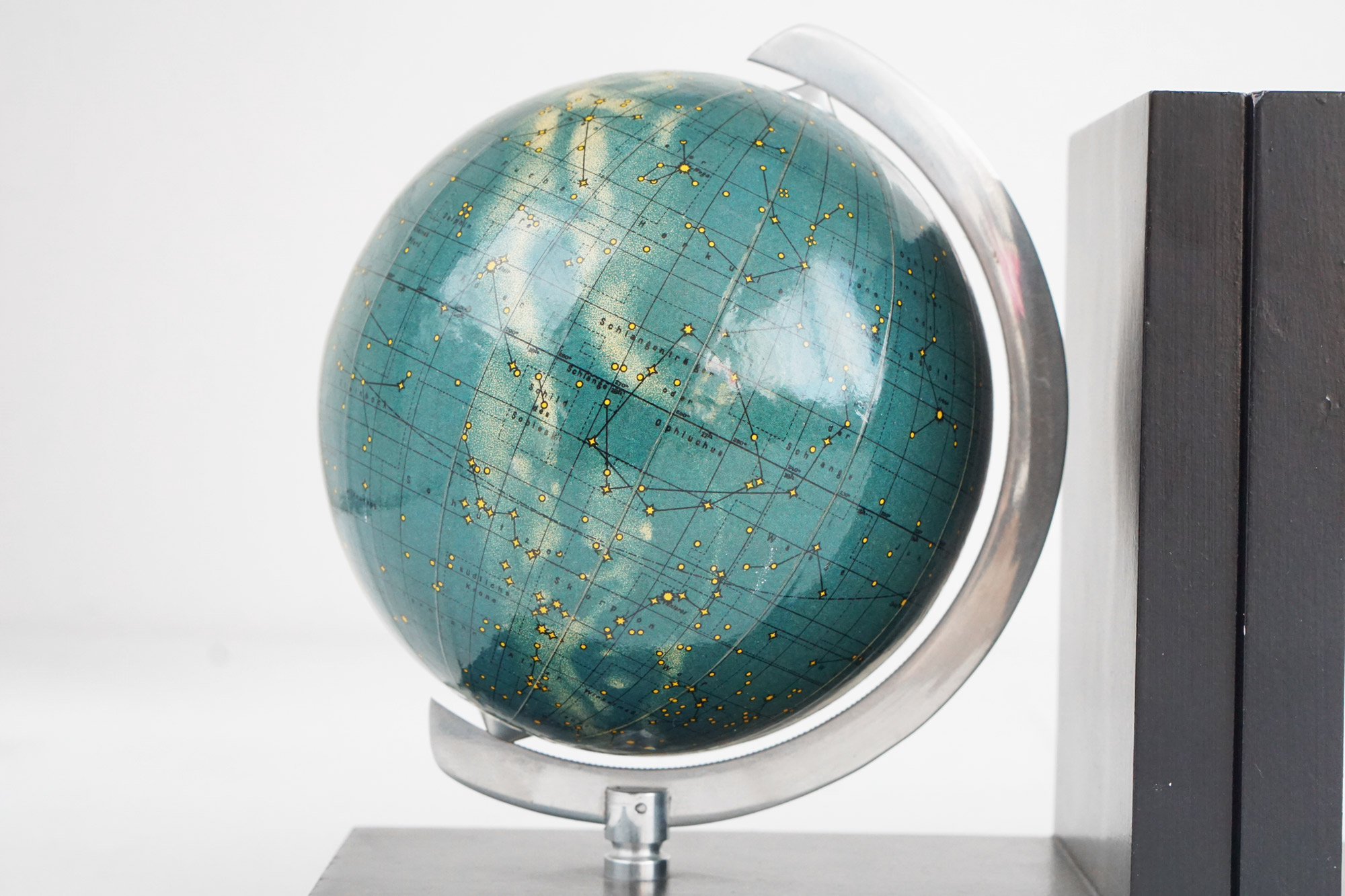 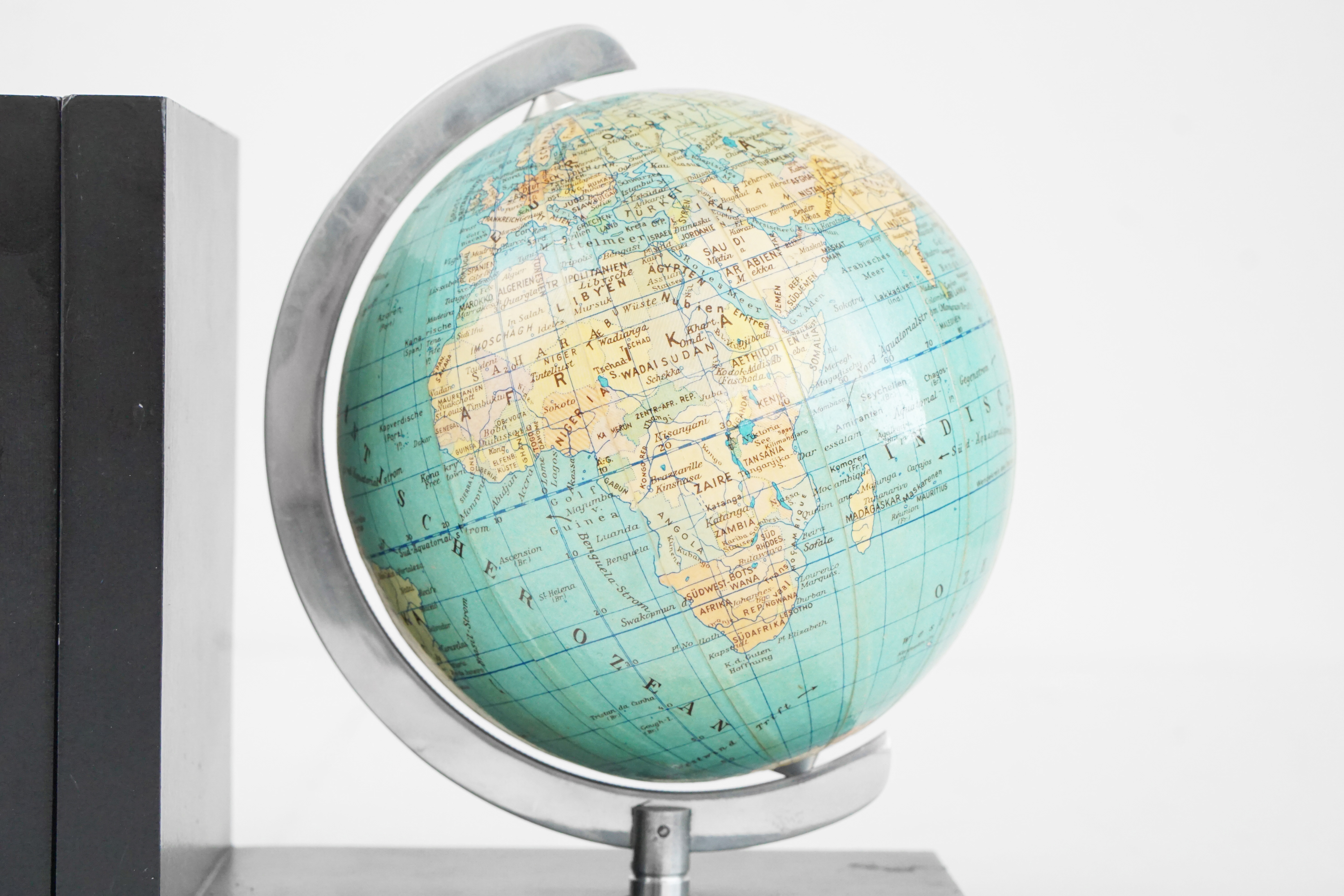 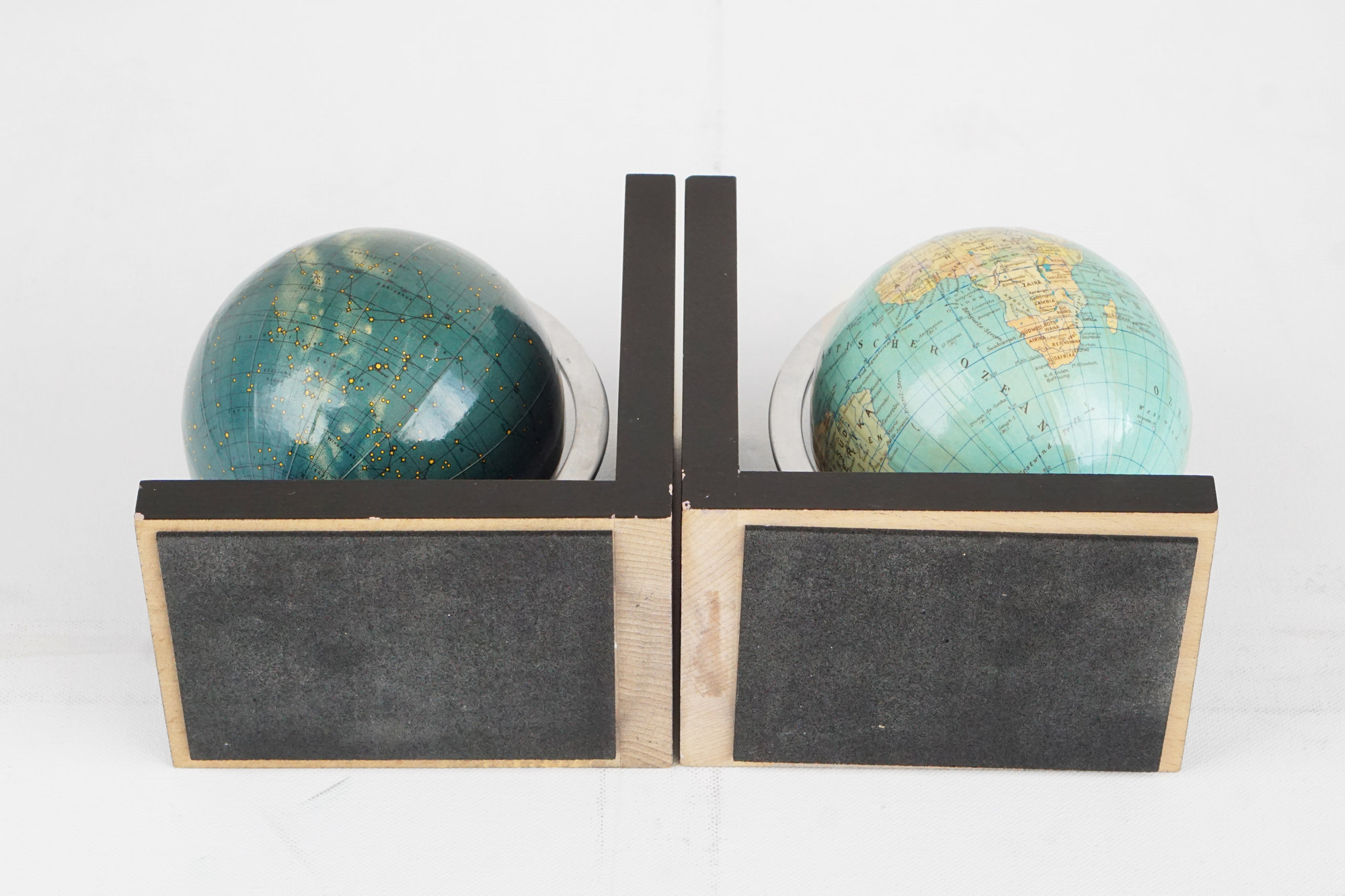 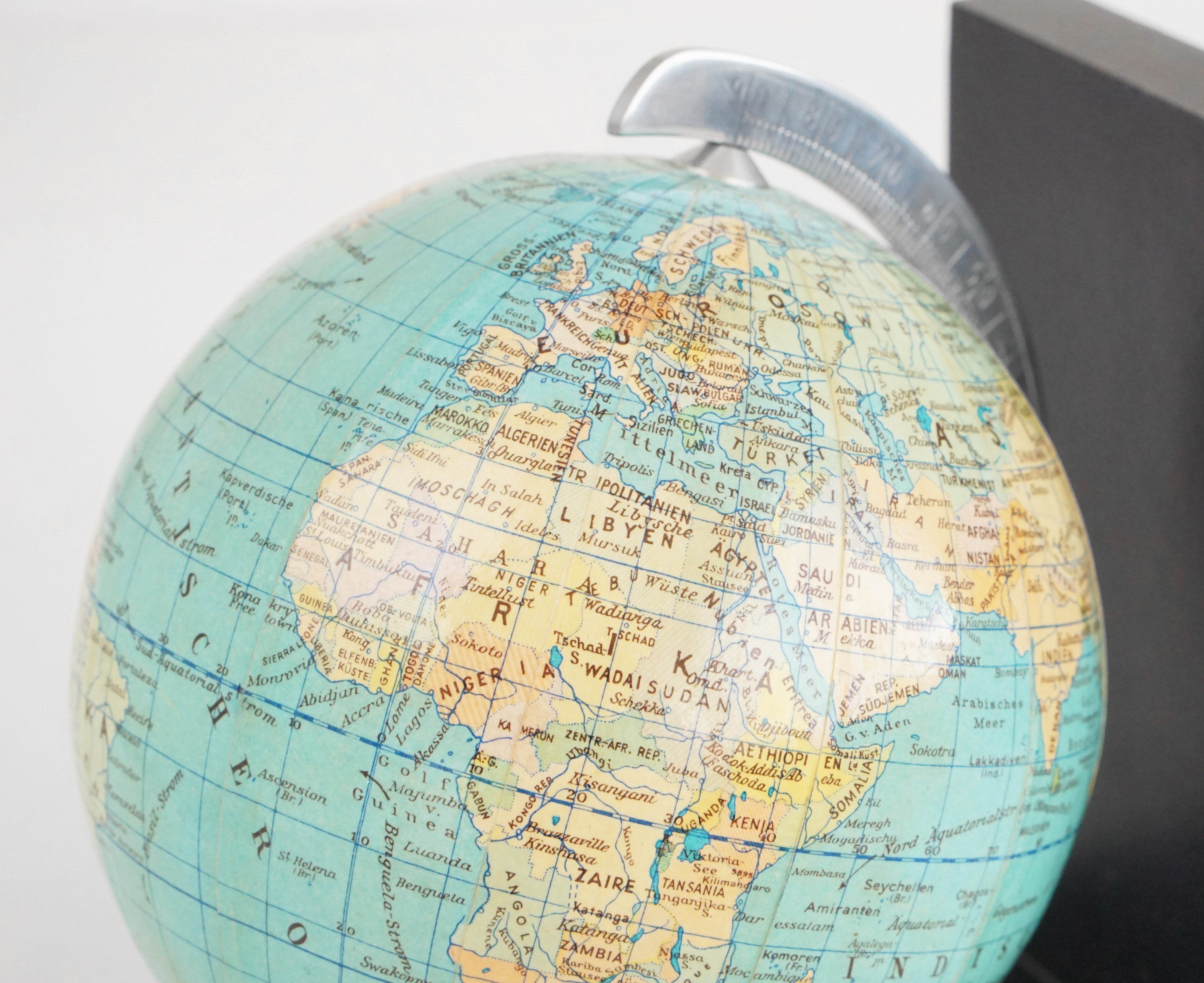 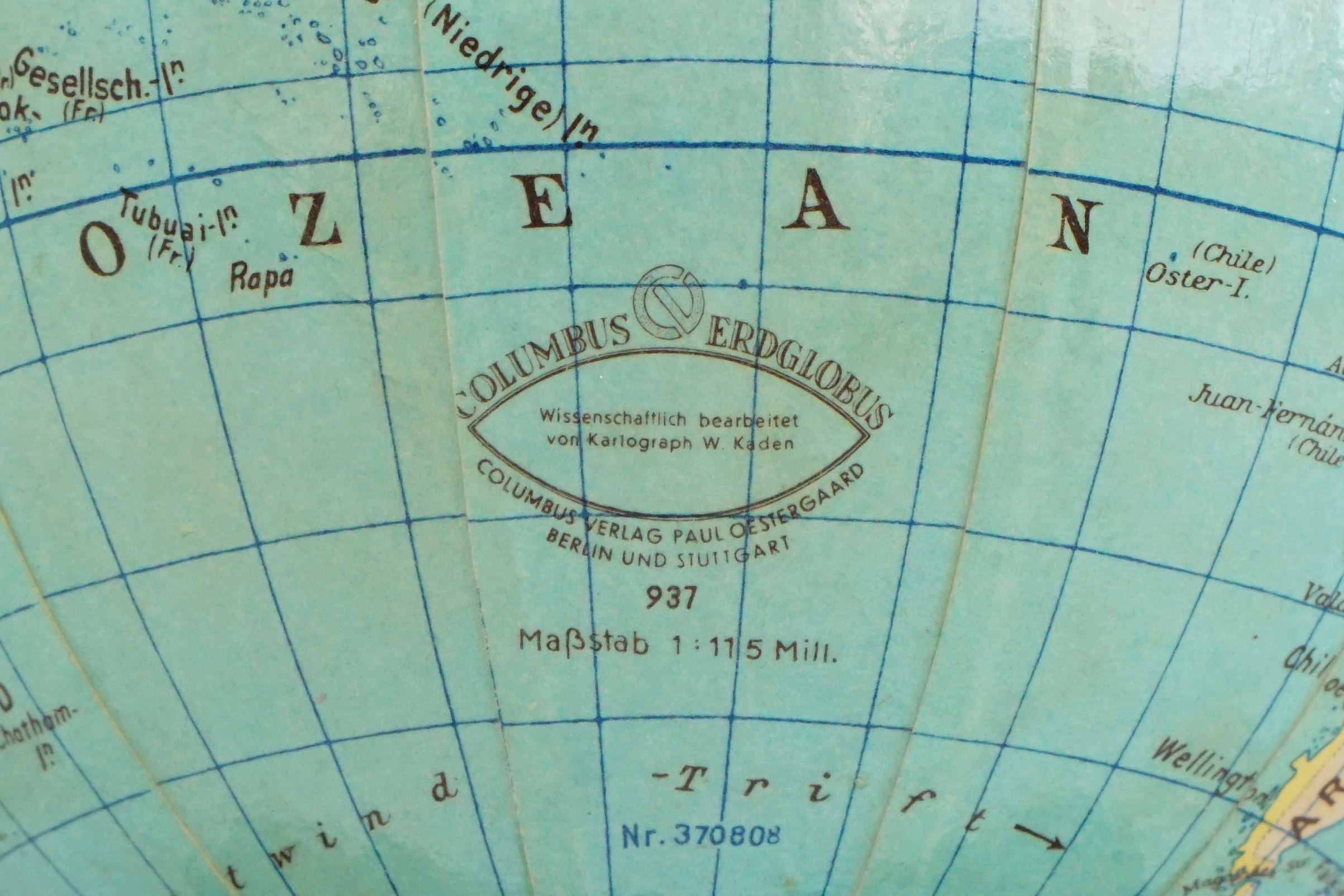 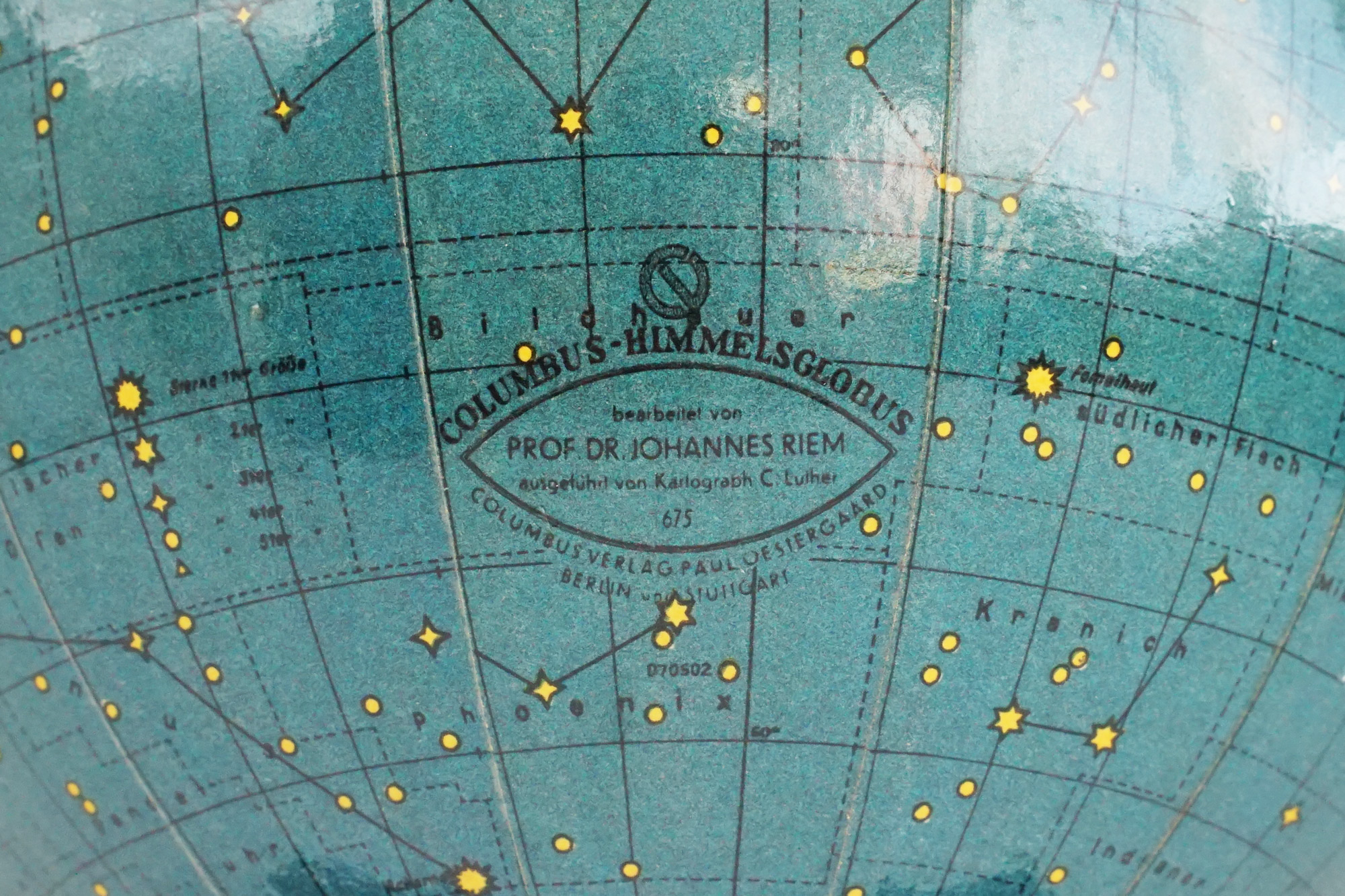 Charming little bookends by one of the most productive German globe makers of the 20th century - Columbus Verlag Paul Oestergaard based in Berlin and Stuttgart. There are no dates on the globes but the references in Africa (Spanish Sahara, Djibouti) and the Vietnam (which seems to already be united) suggest the globes were made in the mid or late 70's.

The celestial globe is basically a small version of popular Columbus Himmelsglobus, edited by Dr. Johannes Riem and executed by C. Luther. It shows principal constellations with their names in German language, 5 categories of stars and the Milky way.

These vintage bookends are a perfect match with vintage and antique atlases from our collection!

The terrestrial globe has light brown spots west of South America (see photo #6) and both globes are slightly abraded on the edges of the base and back, otherwise they're both in perfect condition.