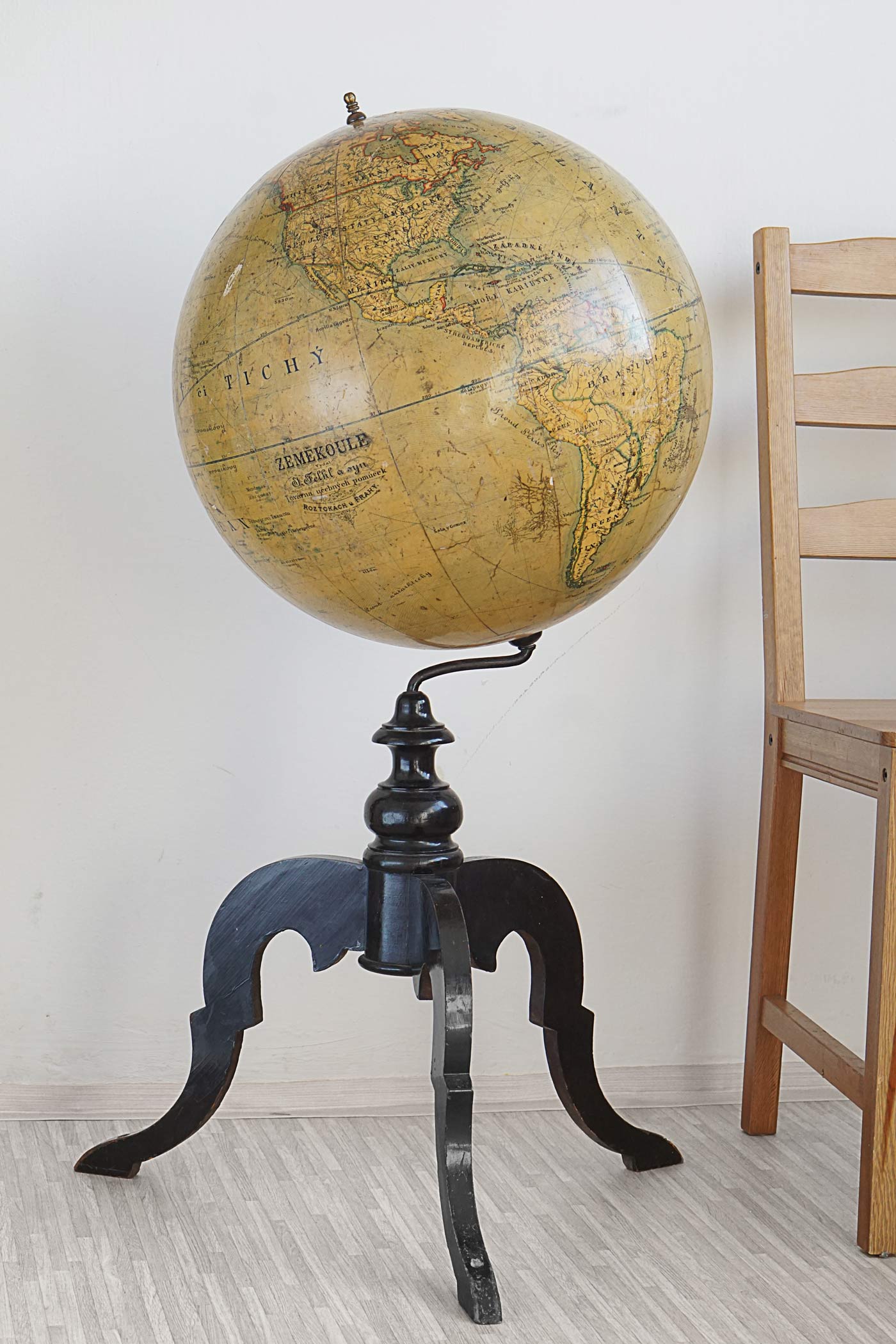 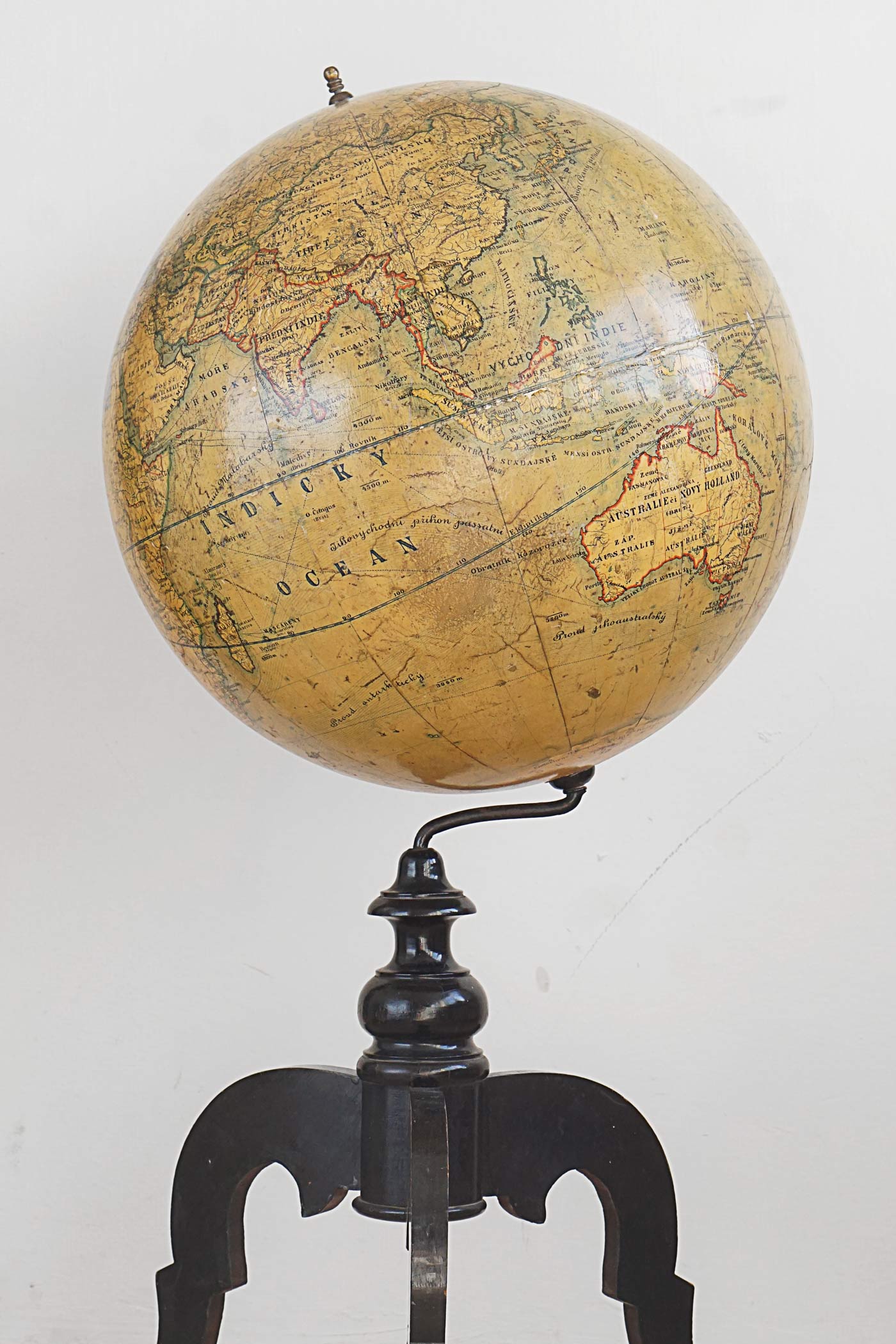 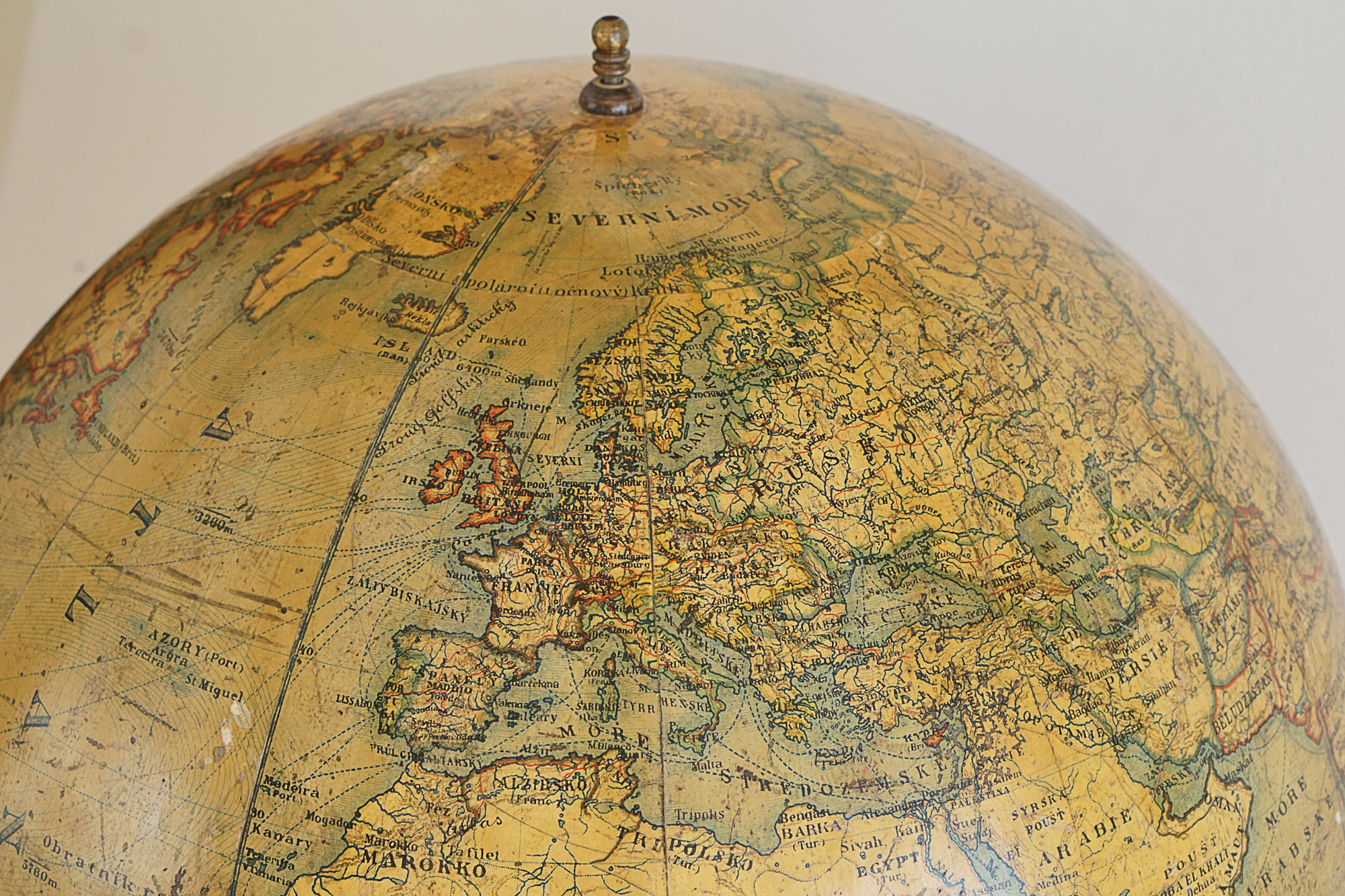 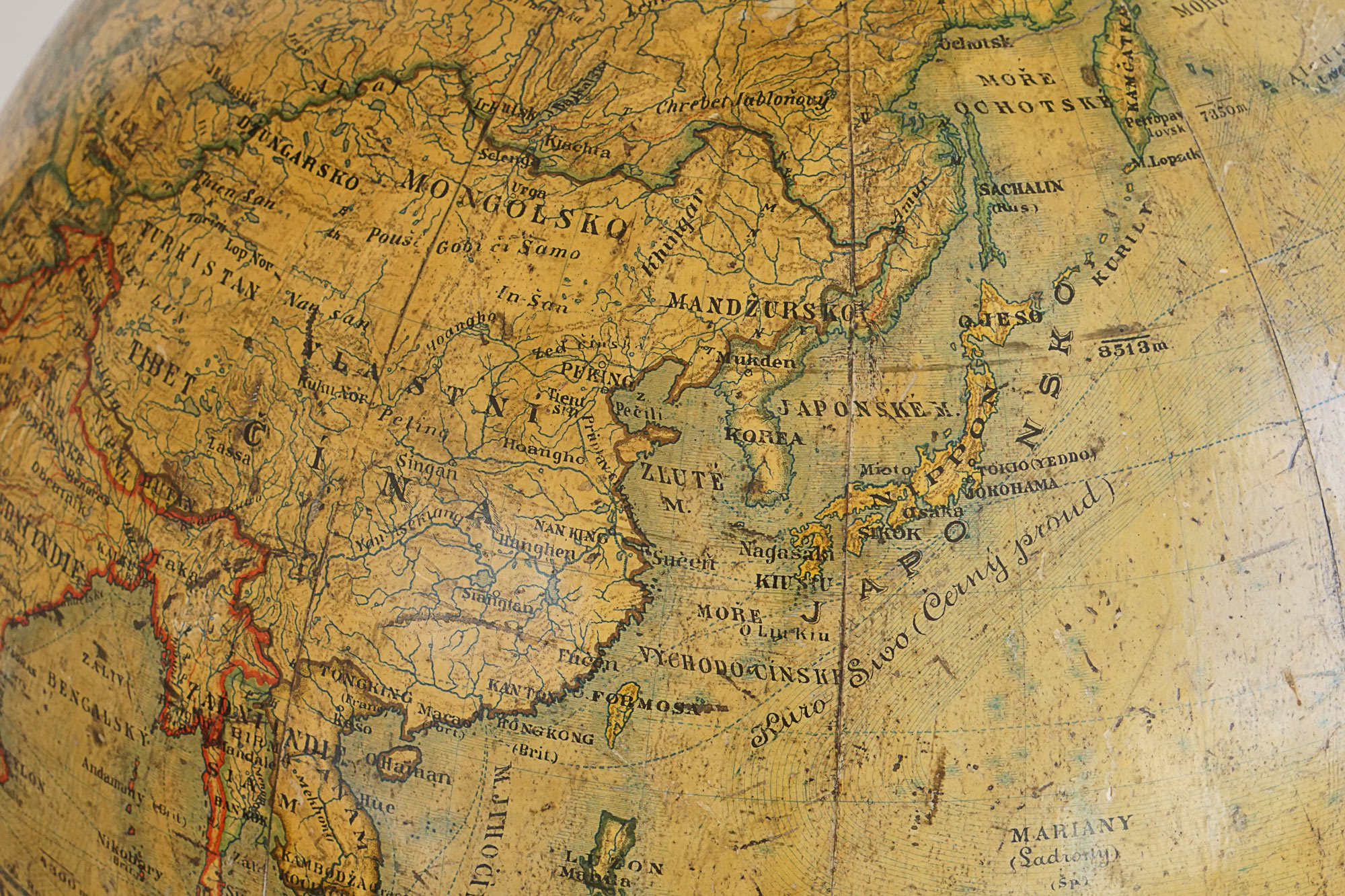 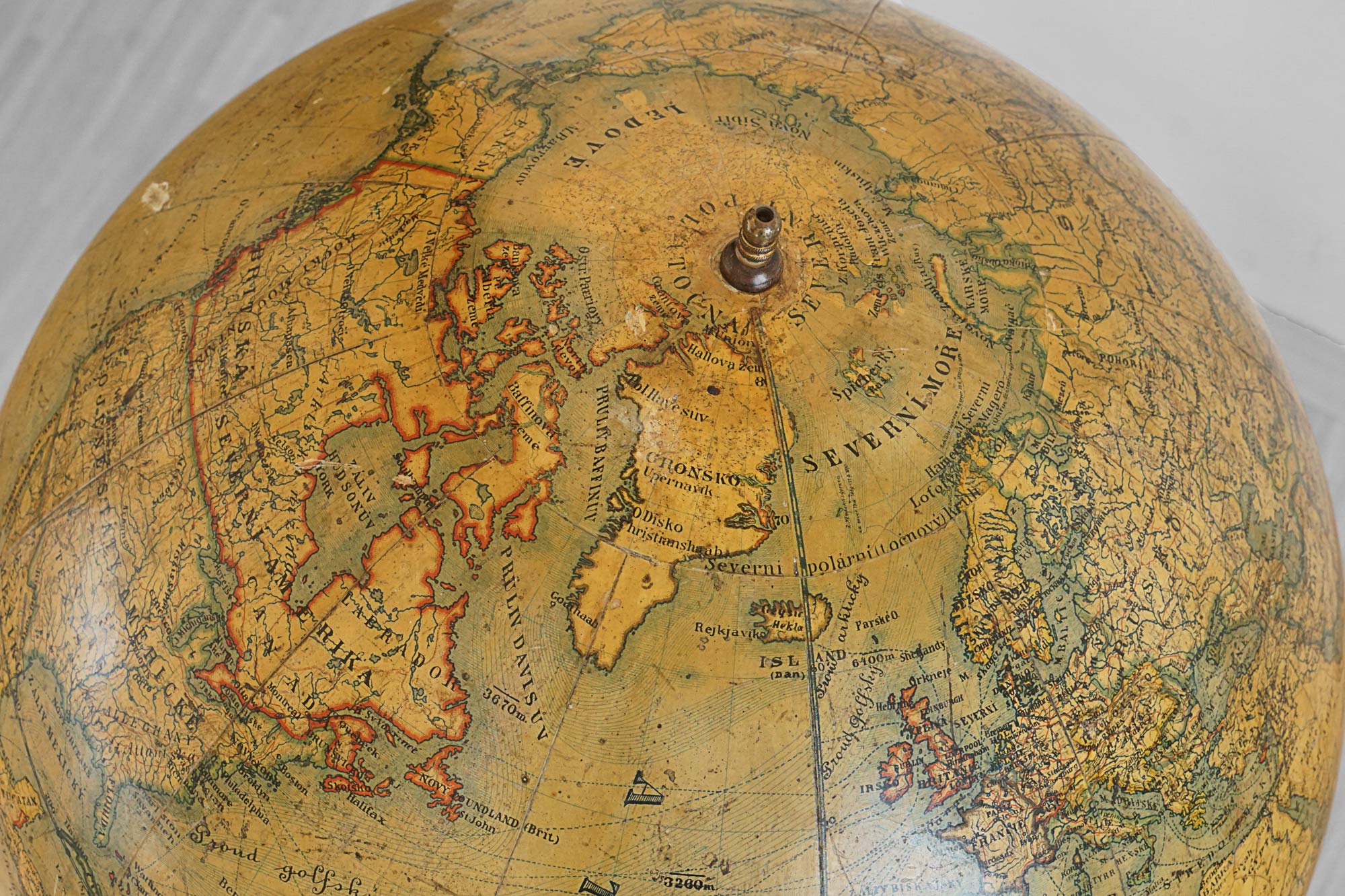 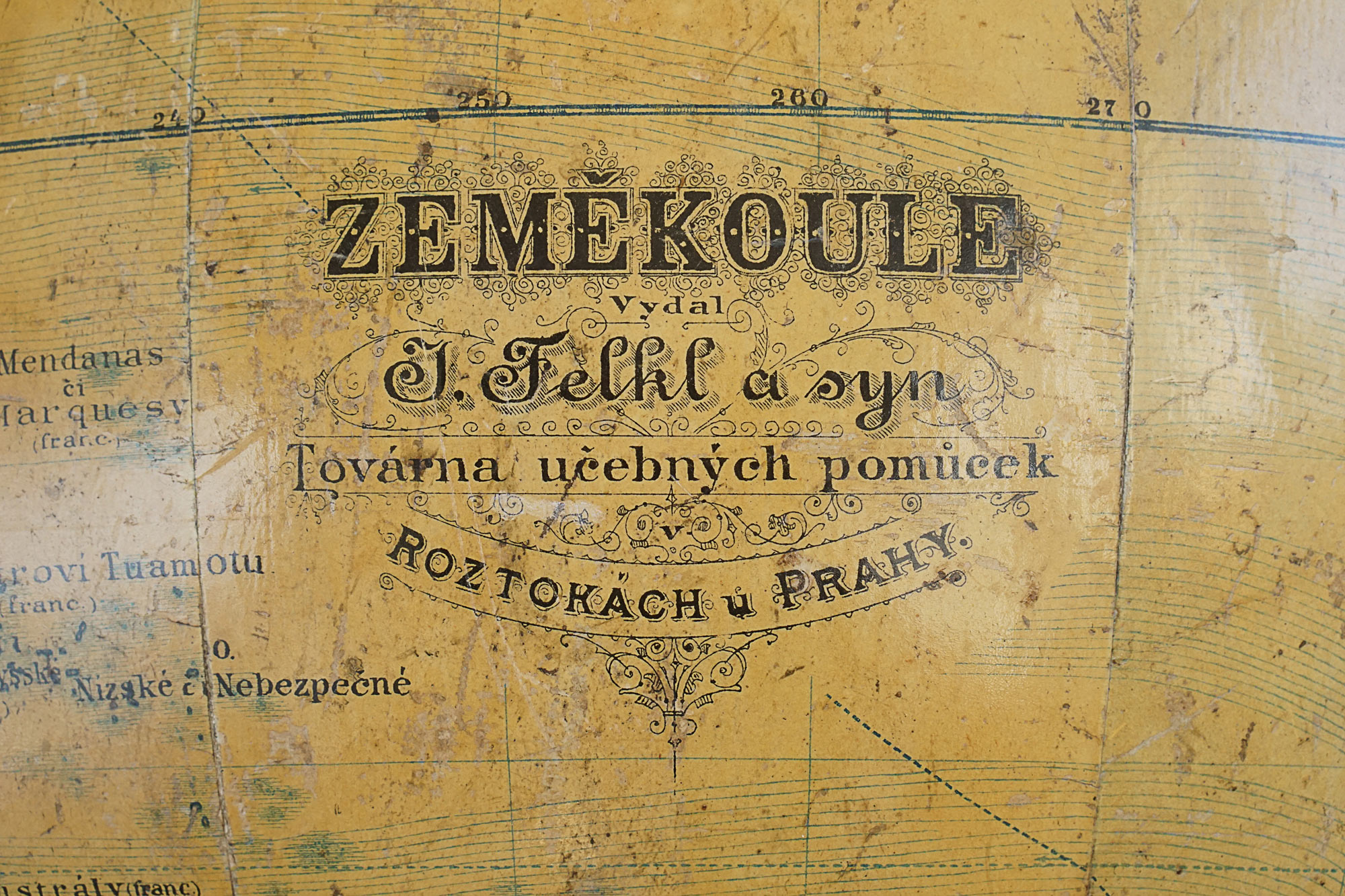 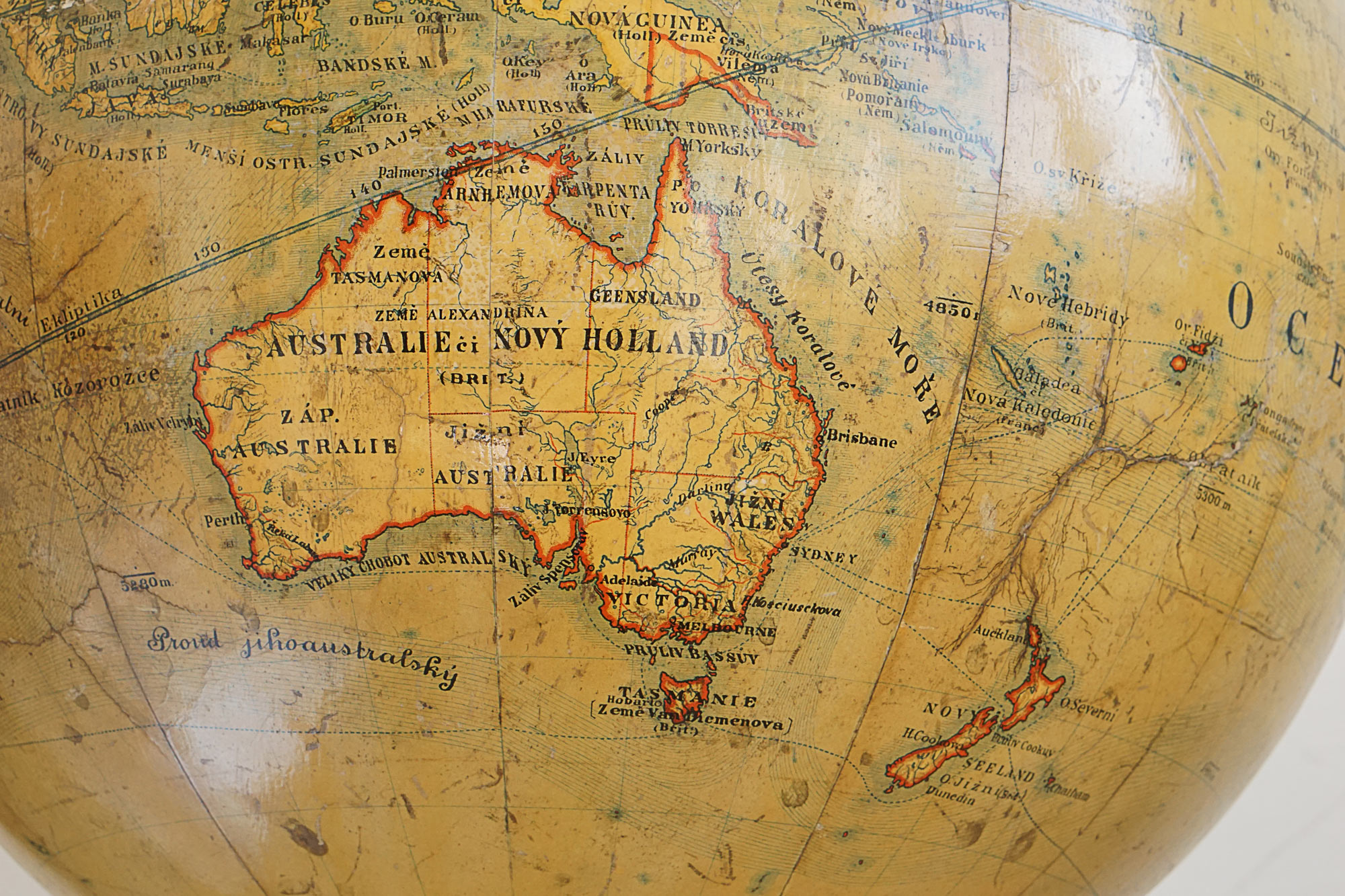 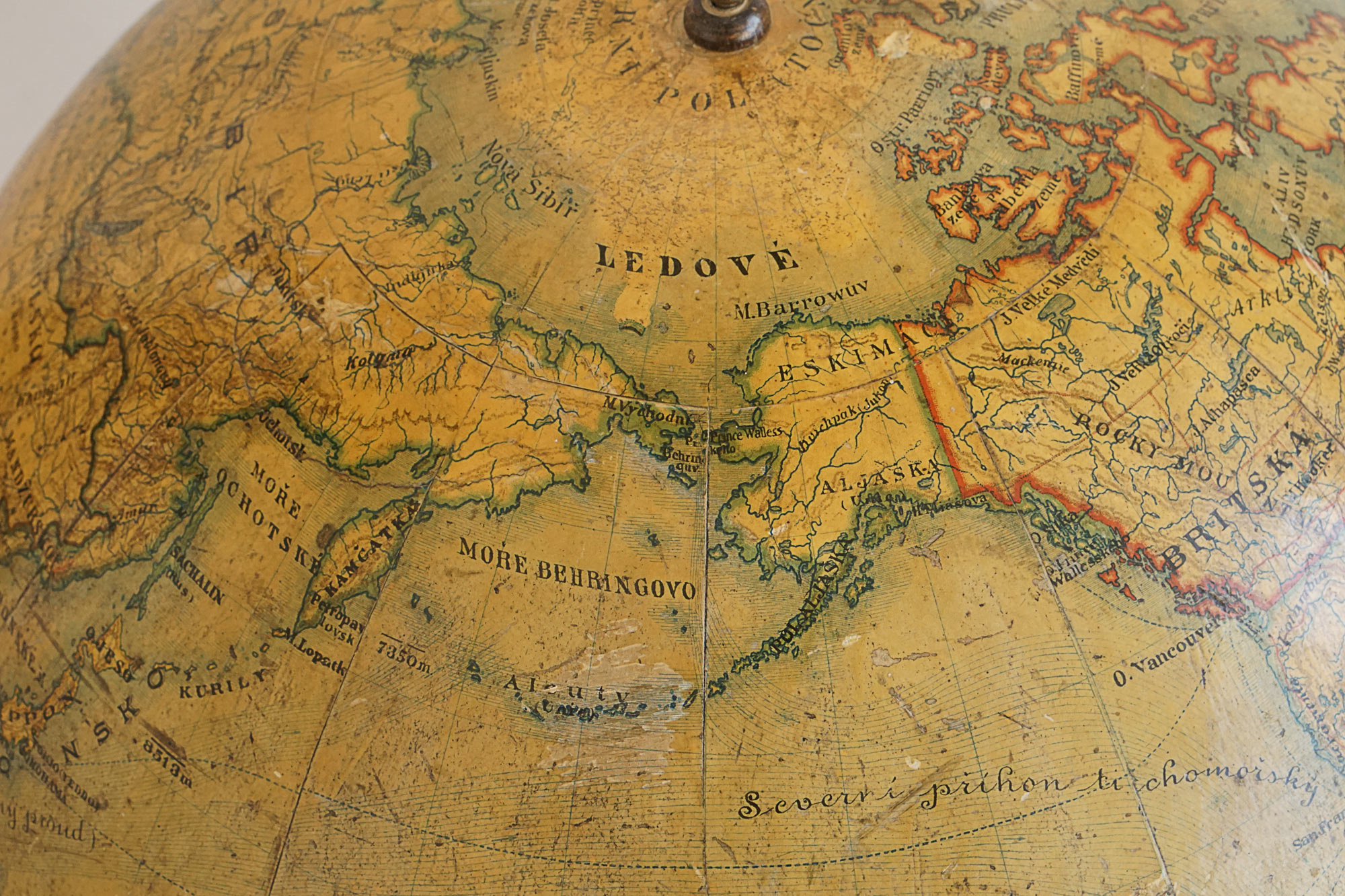 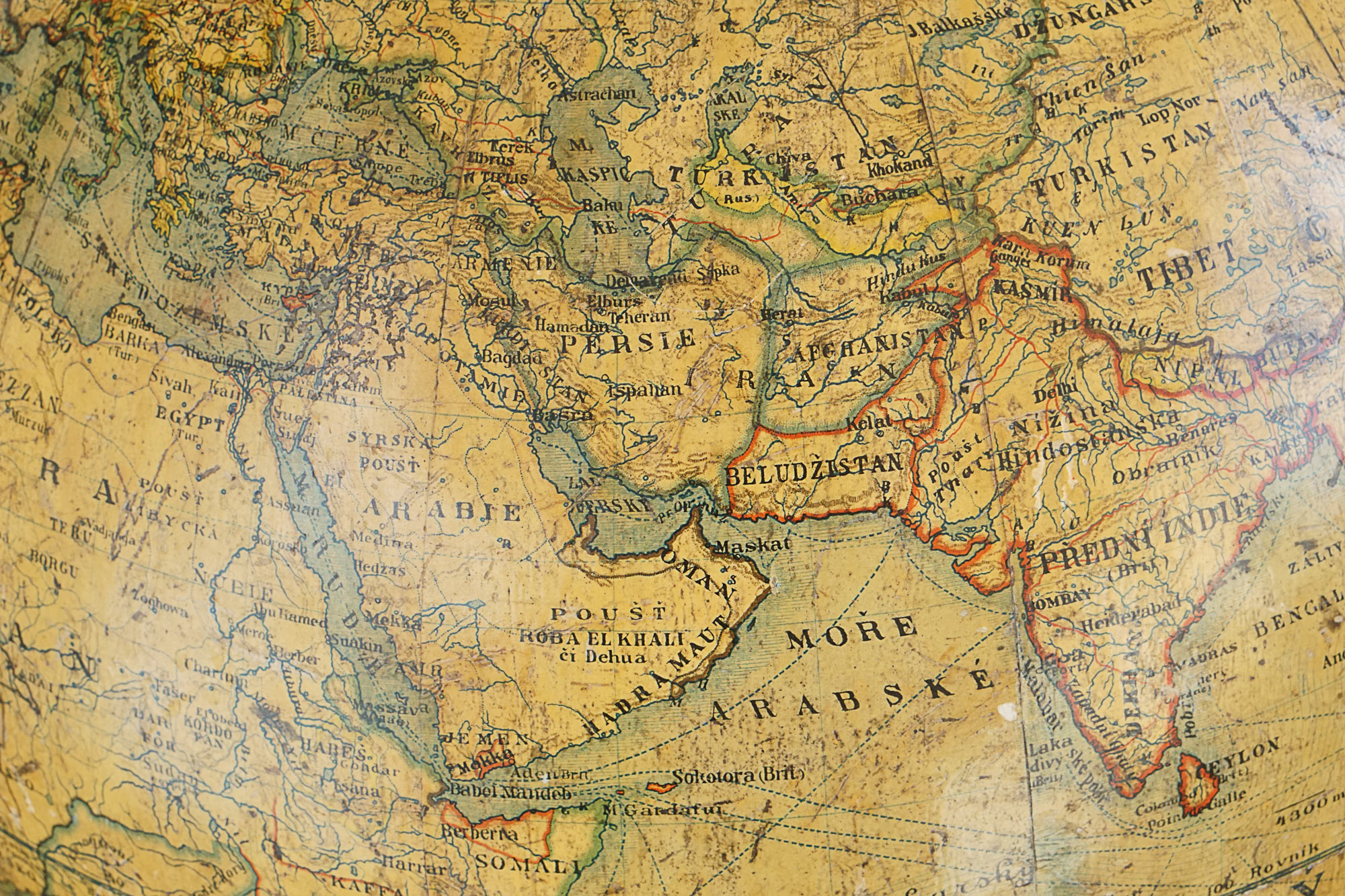 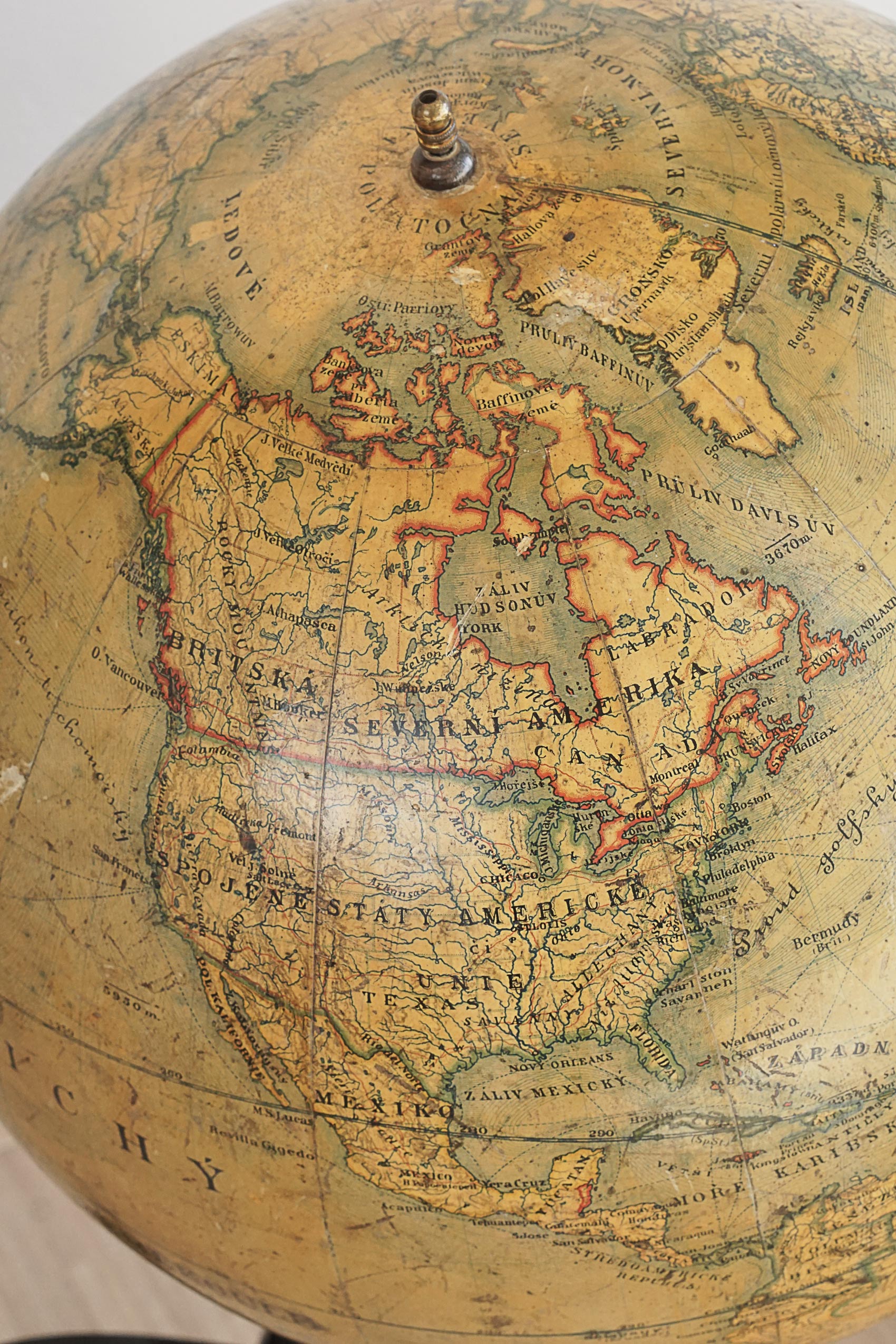 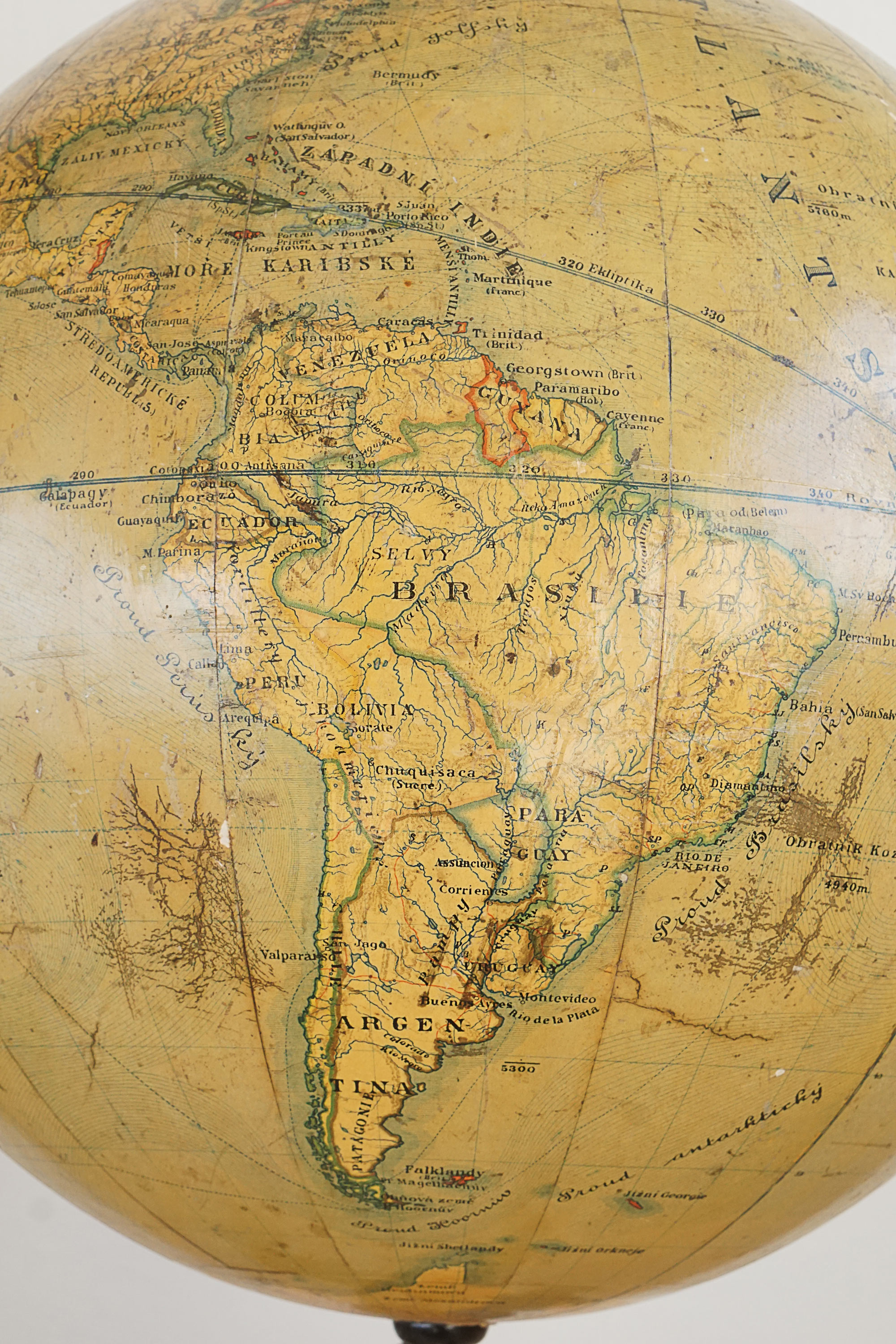 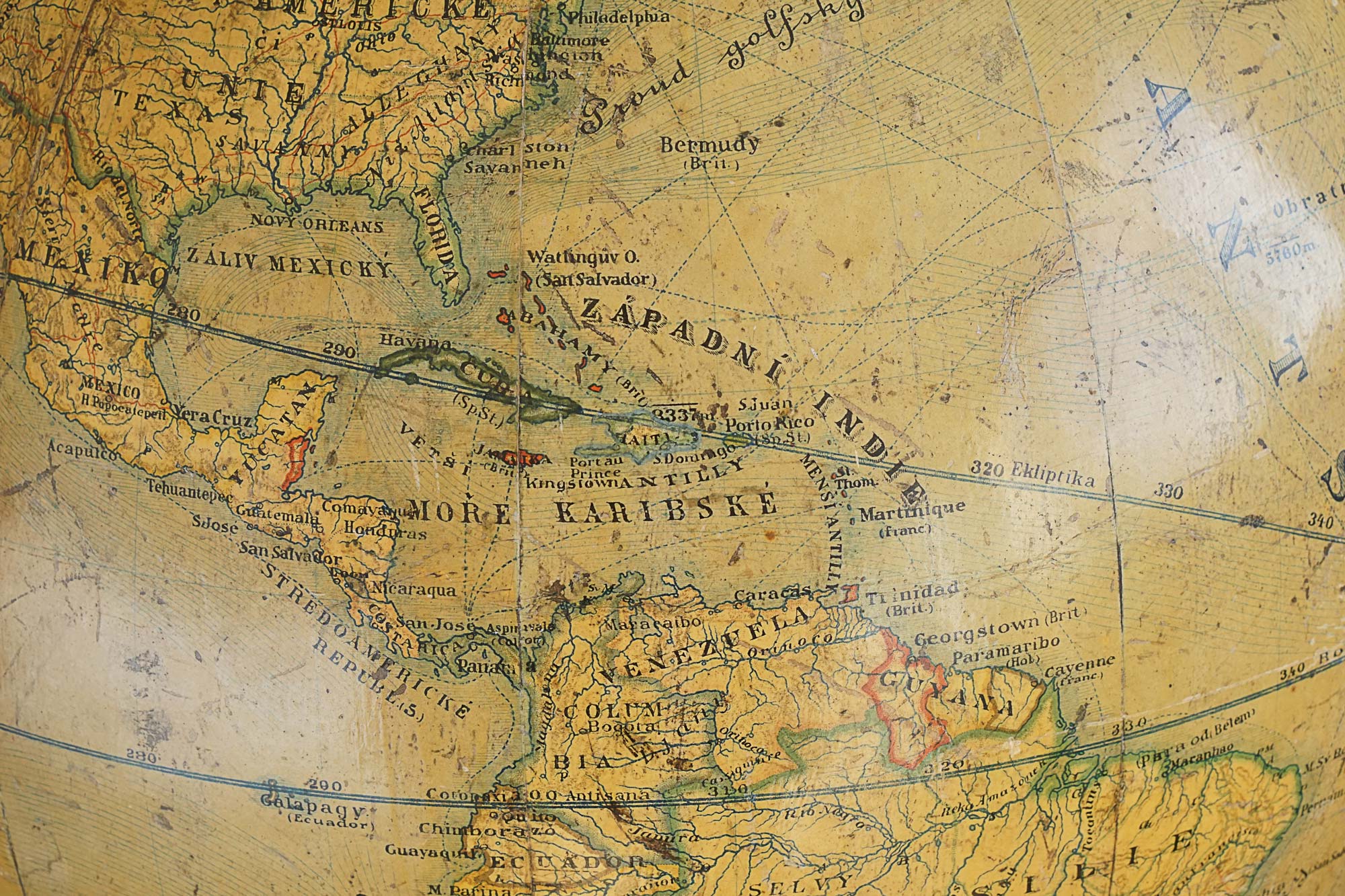 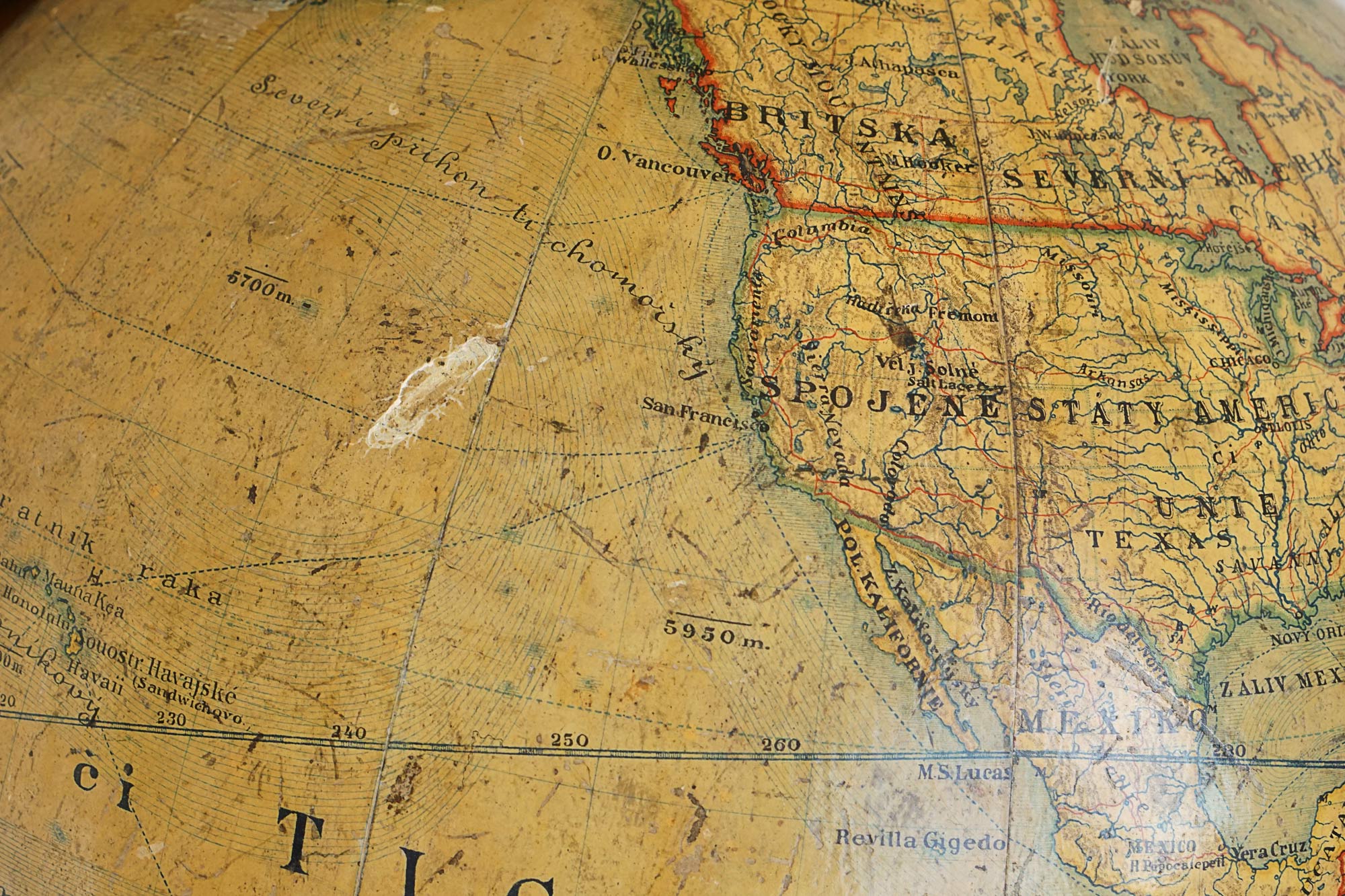 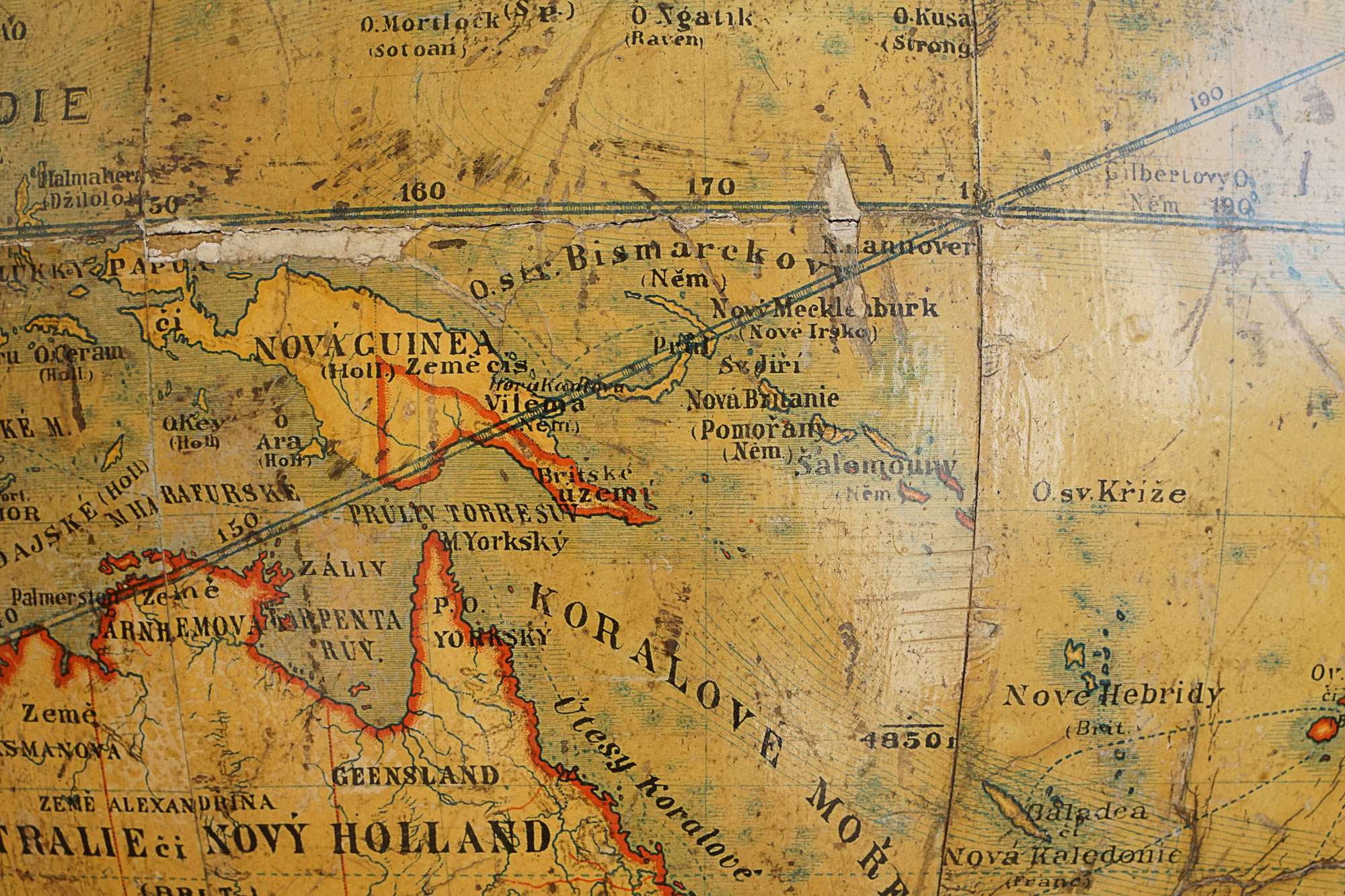 This is the largest globe ever produced by Felkl and syn, the internationally well known globe producer from Austria-Hungarian monarchy (later Czechoslovakia), which was producing and selling their globes in 17 languages all around Europe.

The prime meridian intersects the the most western part of Canary island Faro, suggesting the globe was made before 1884, however when looking at the German colonies in the Pacific, it becomes clear the globe was in fact produced after 1884. The Trans-Siberian railway is shown in dashed line from Ural mountains almost all the way to the Vladivostok, suggesting the construction, which was officially commenced in 1891, hasn't begun yet or at least large part has not been finished yet.

The globe shows country borders in 5 different colours, capitals of each country are written in capital letters. The terrain is portrayed in basic brown hachuring. Besides railways shown in red colour, the globe shows also ship routes, ocean currents and surprisingly also ocean soundings, with the deepest one north-east of Japan showing the depth of 8513 m.

Famous 19th century German, Austria-Hungarian and French expeditions to the Arctic regions are shown in a very thin lines.