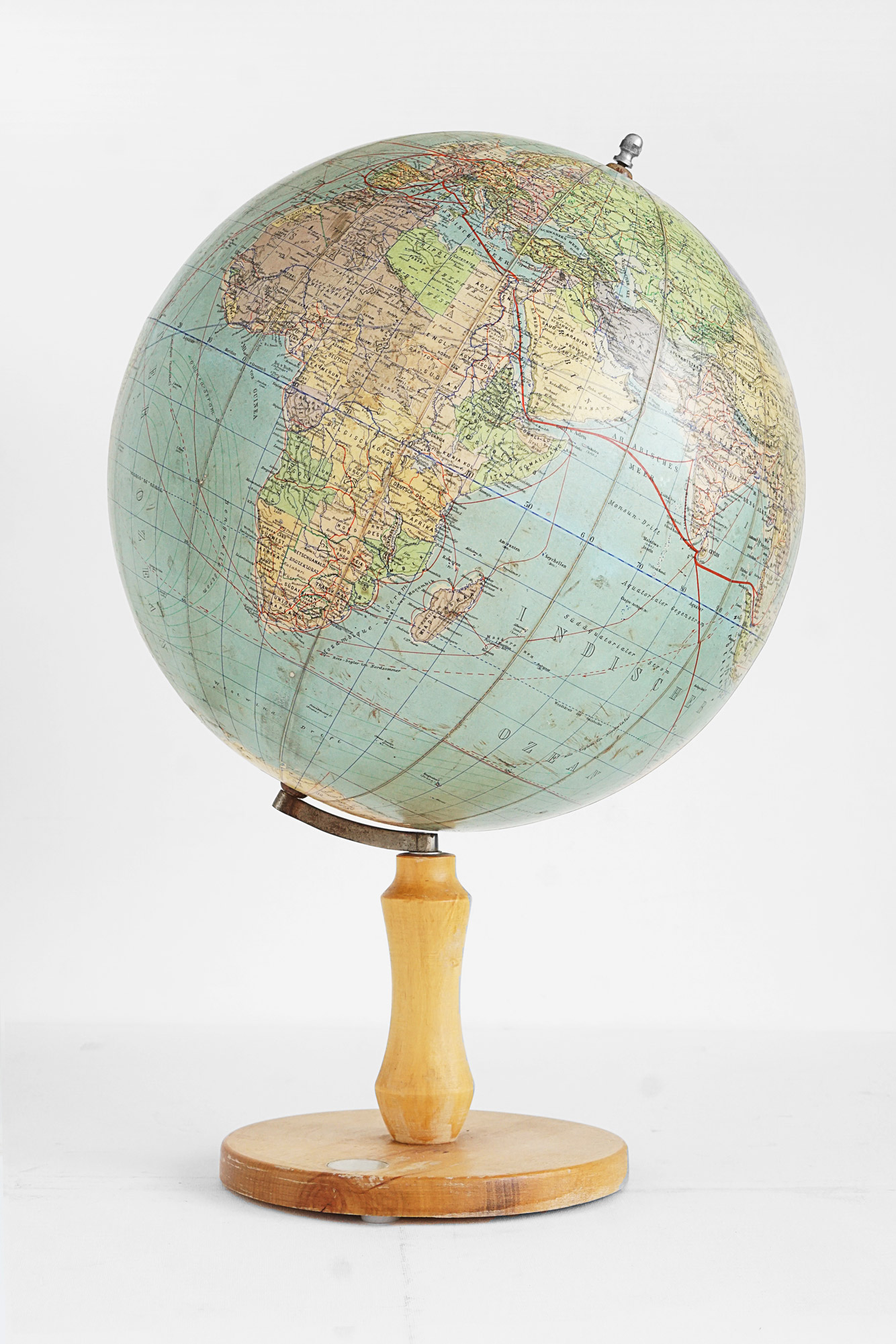 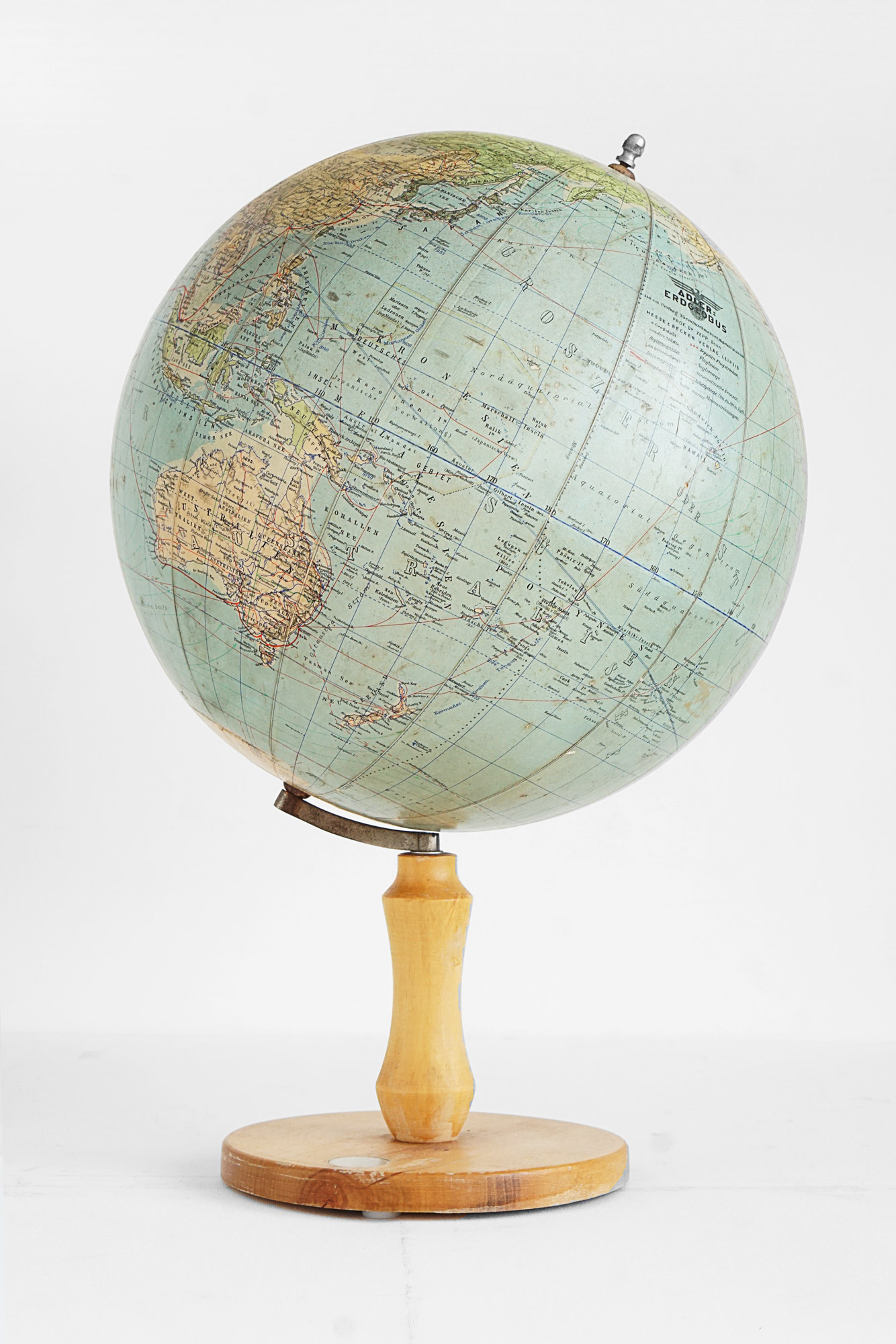 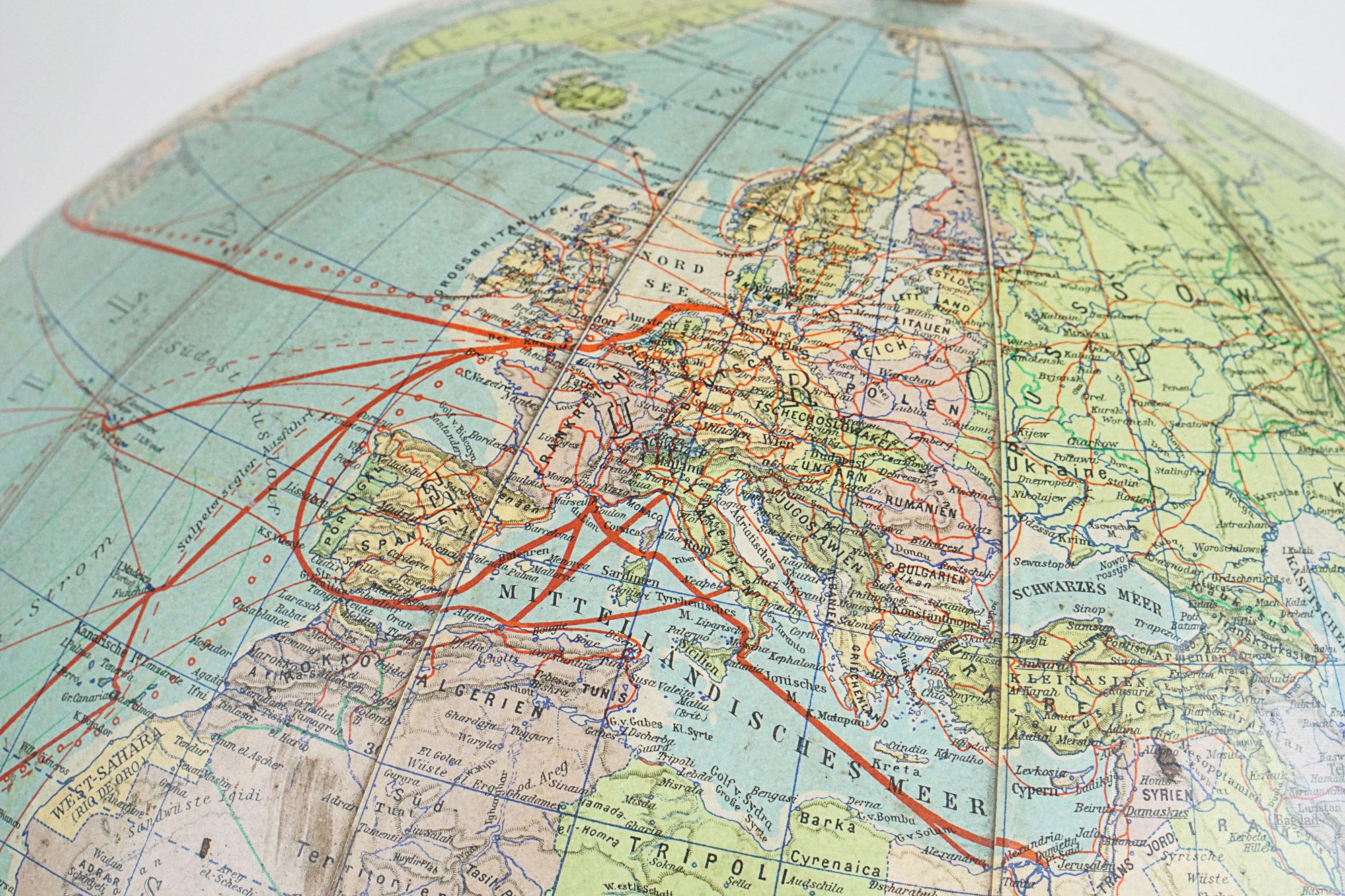 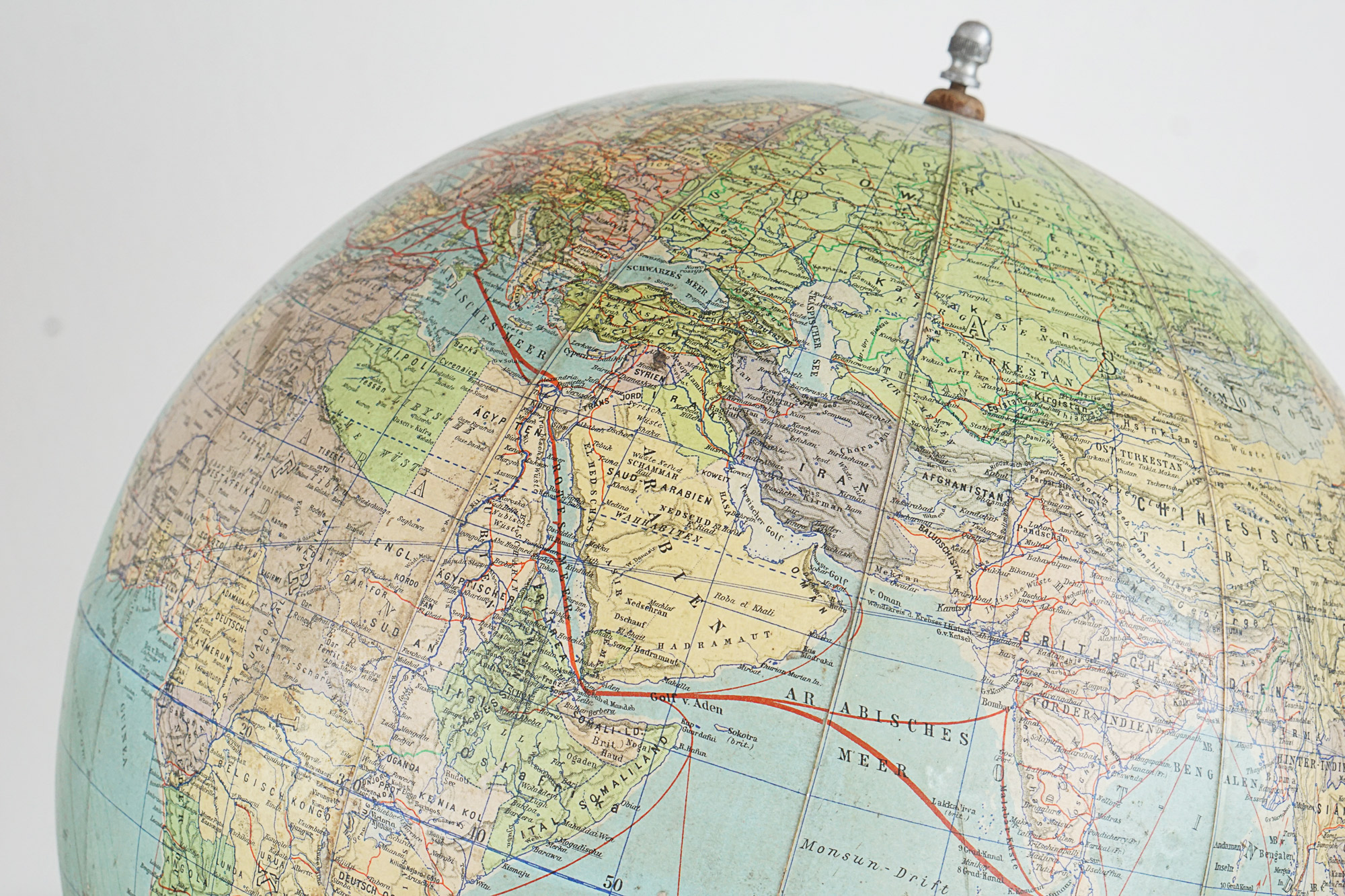 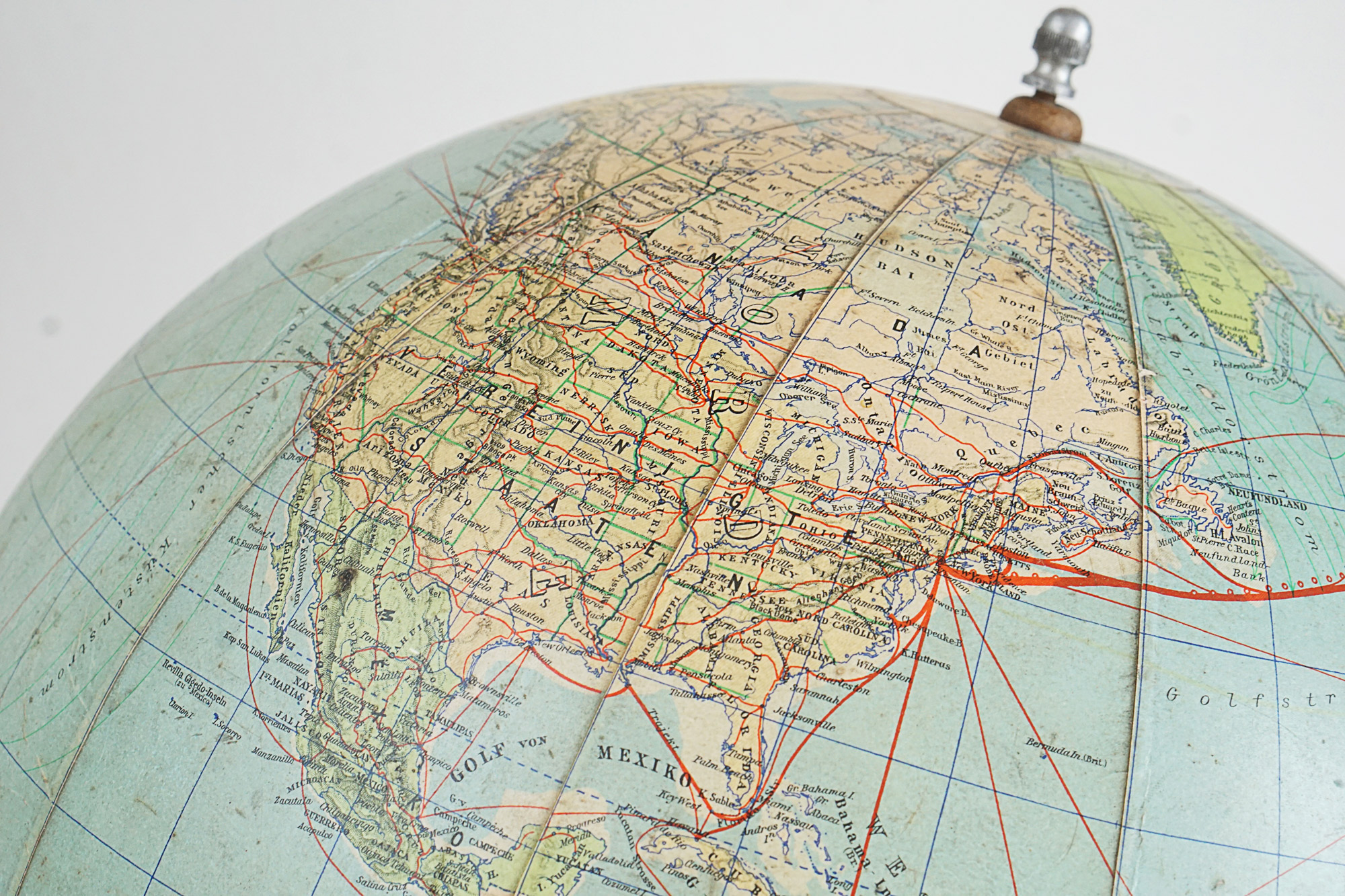 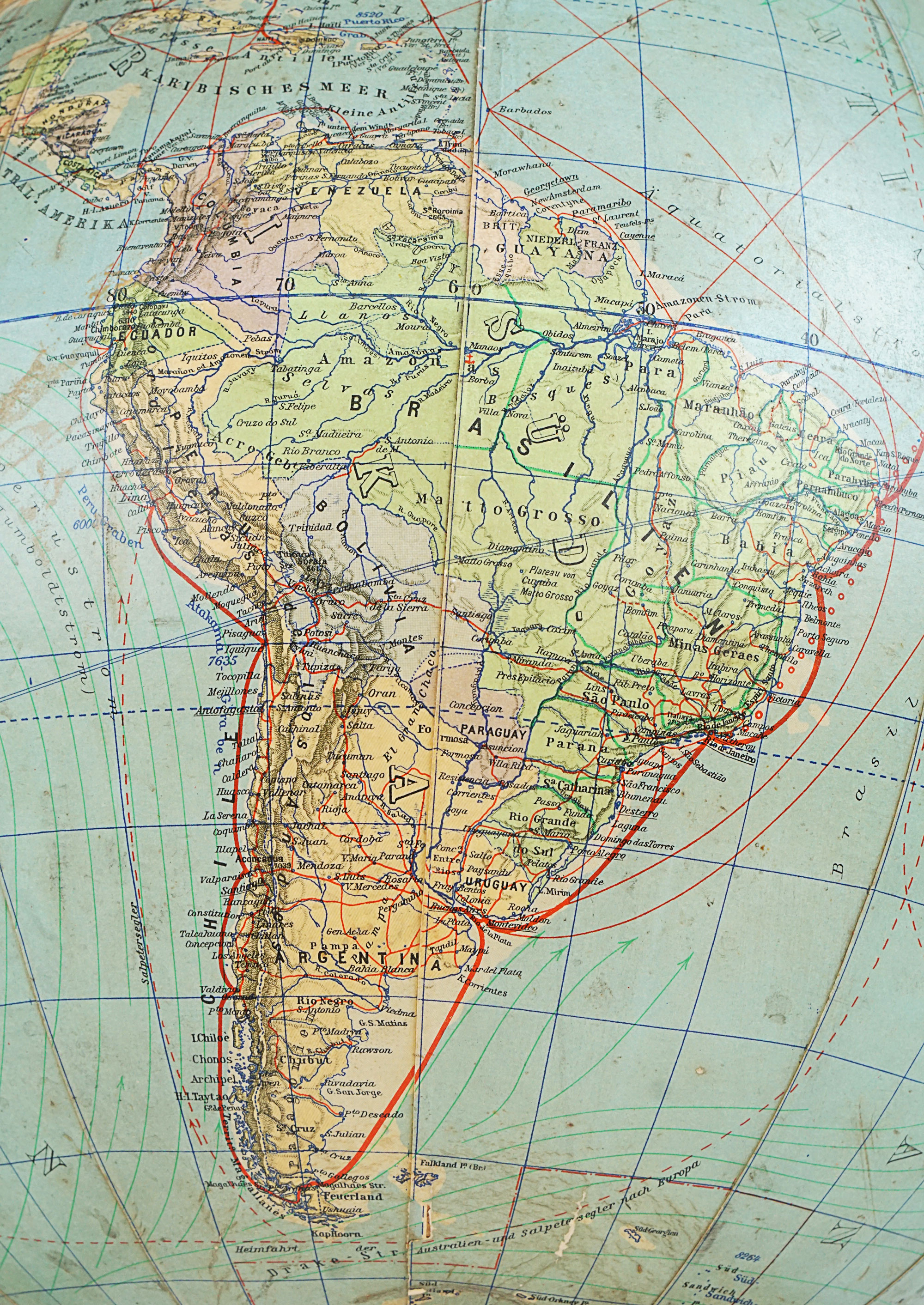 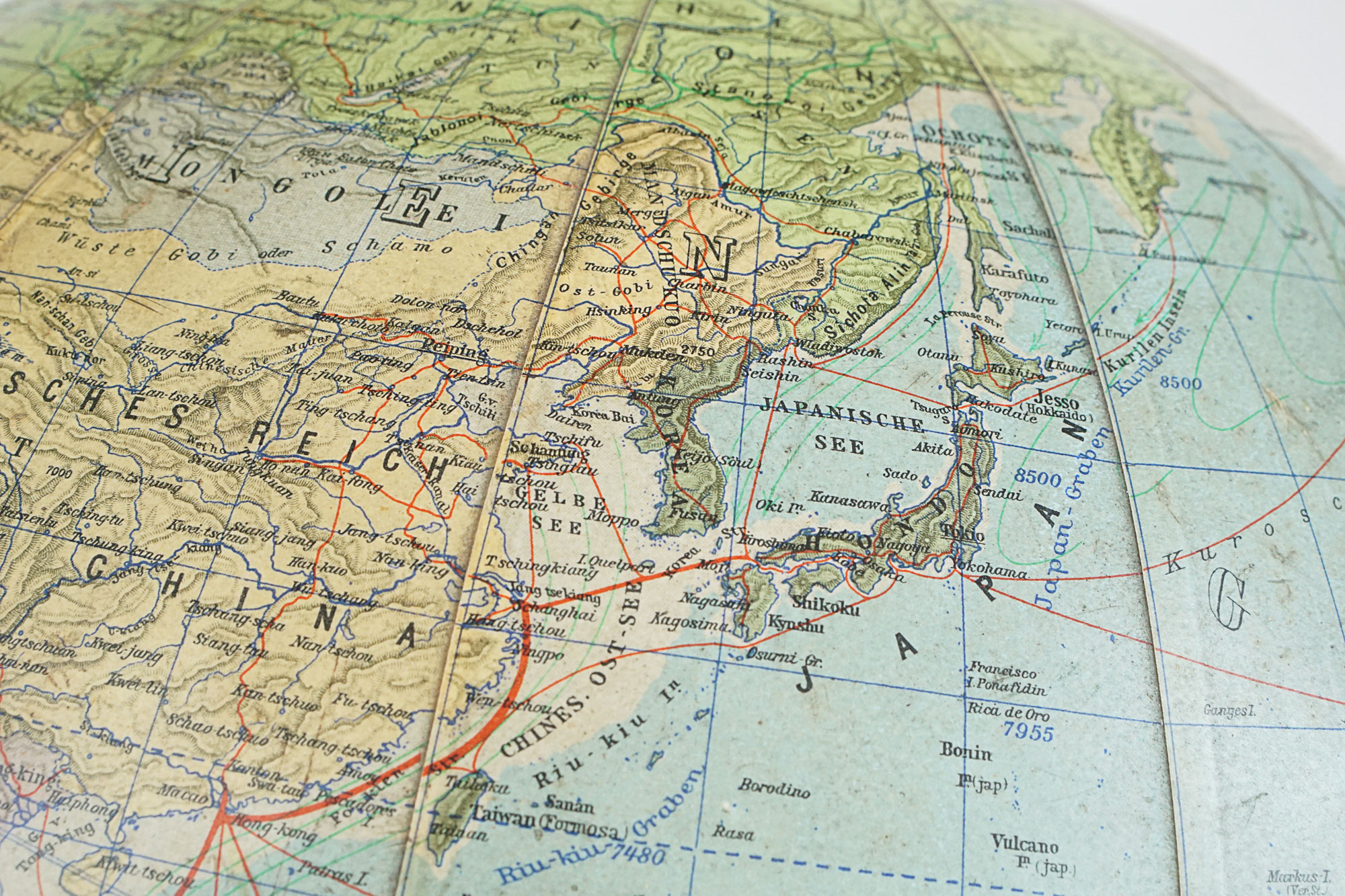 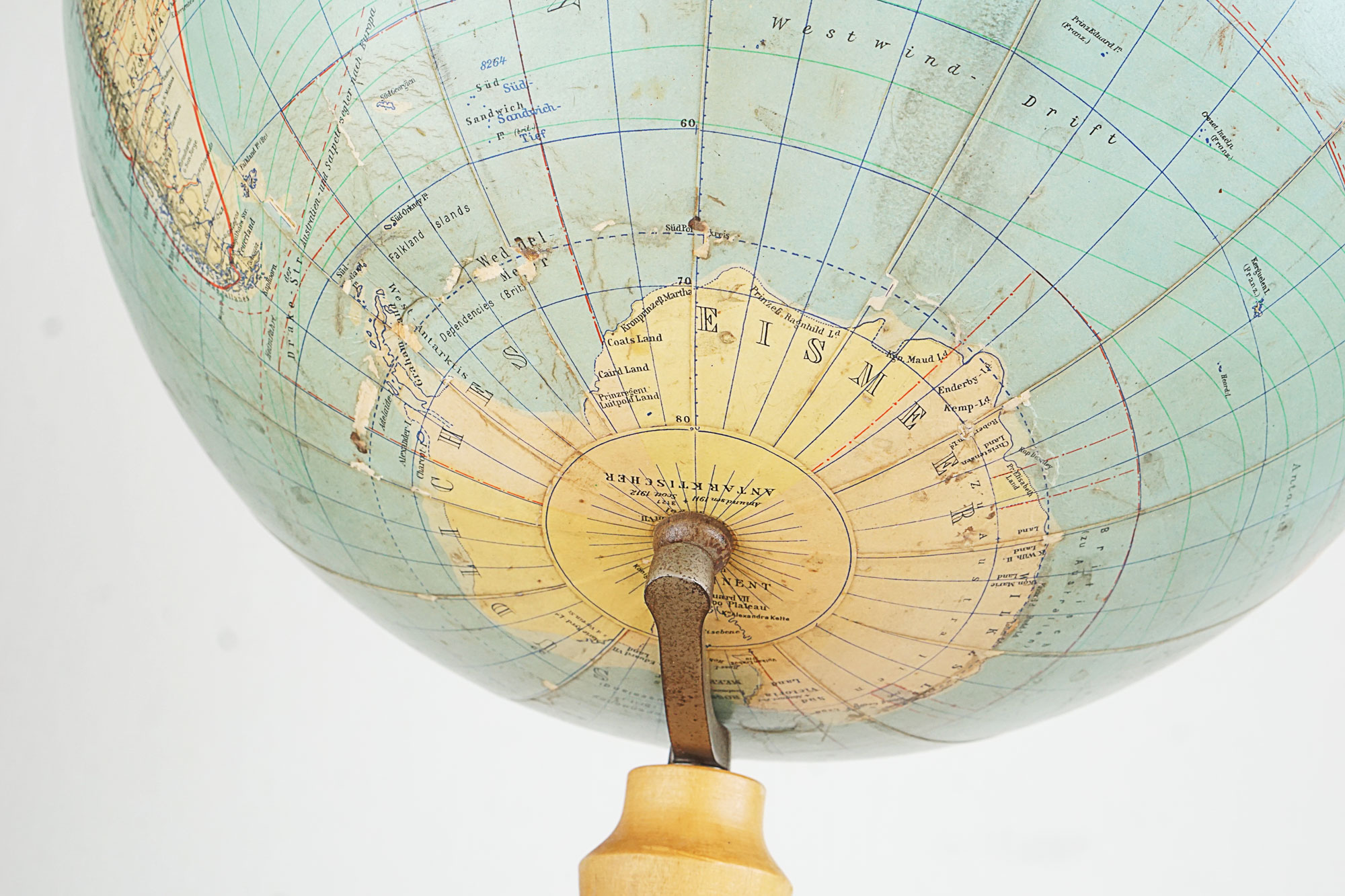 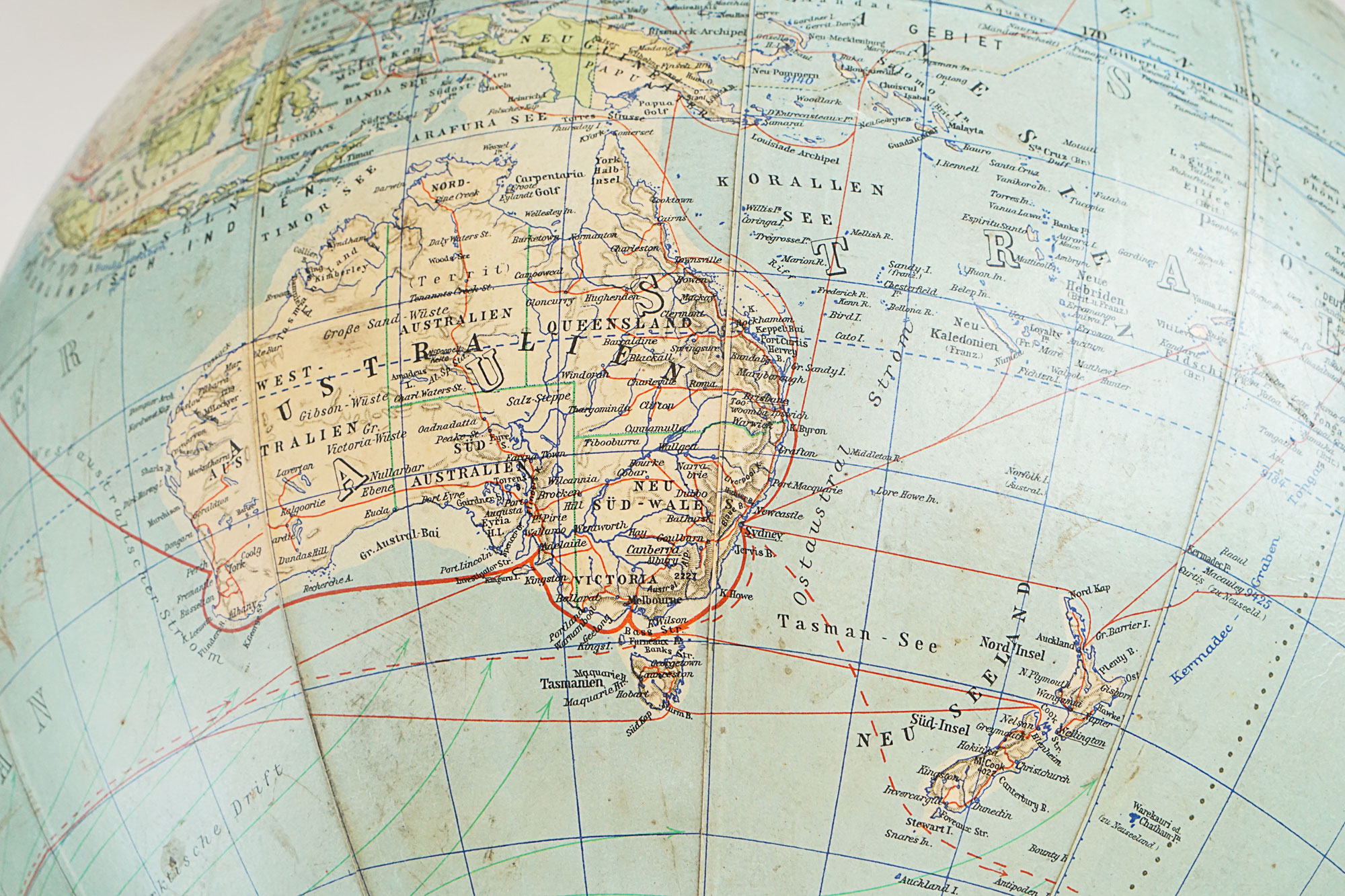 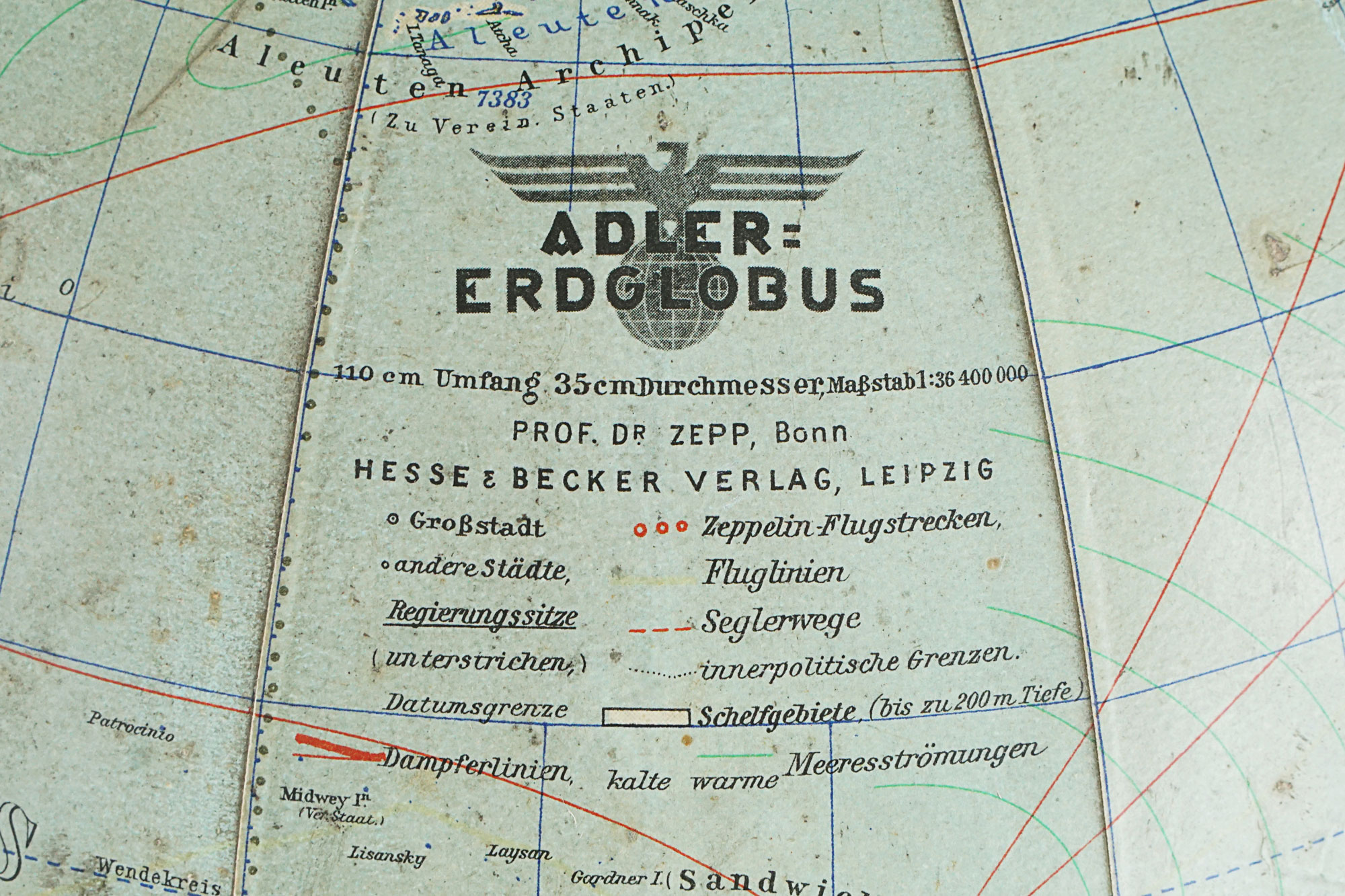 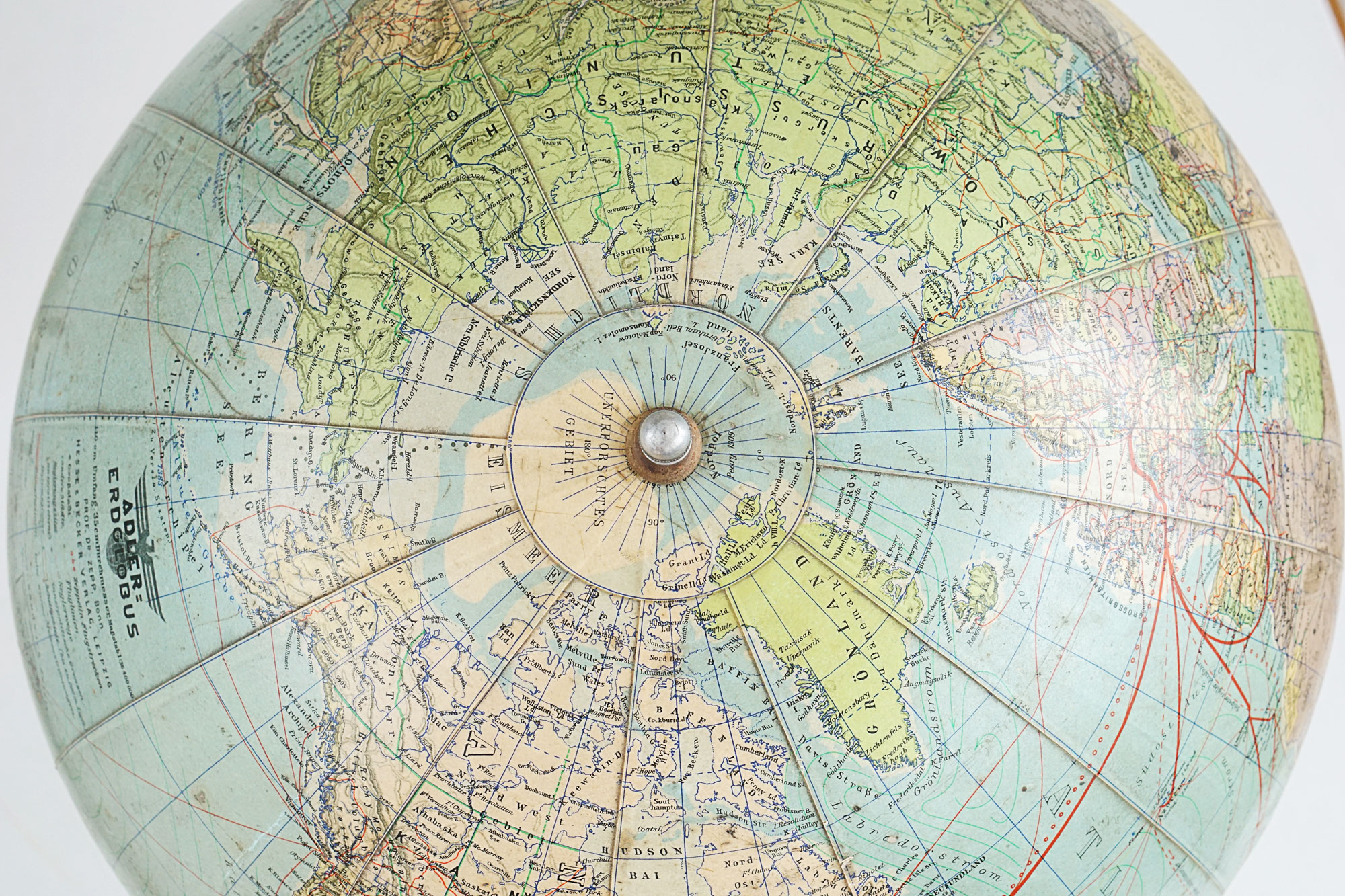 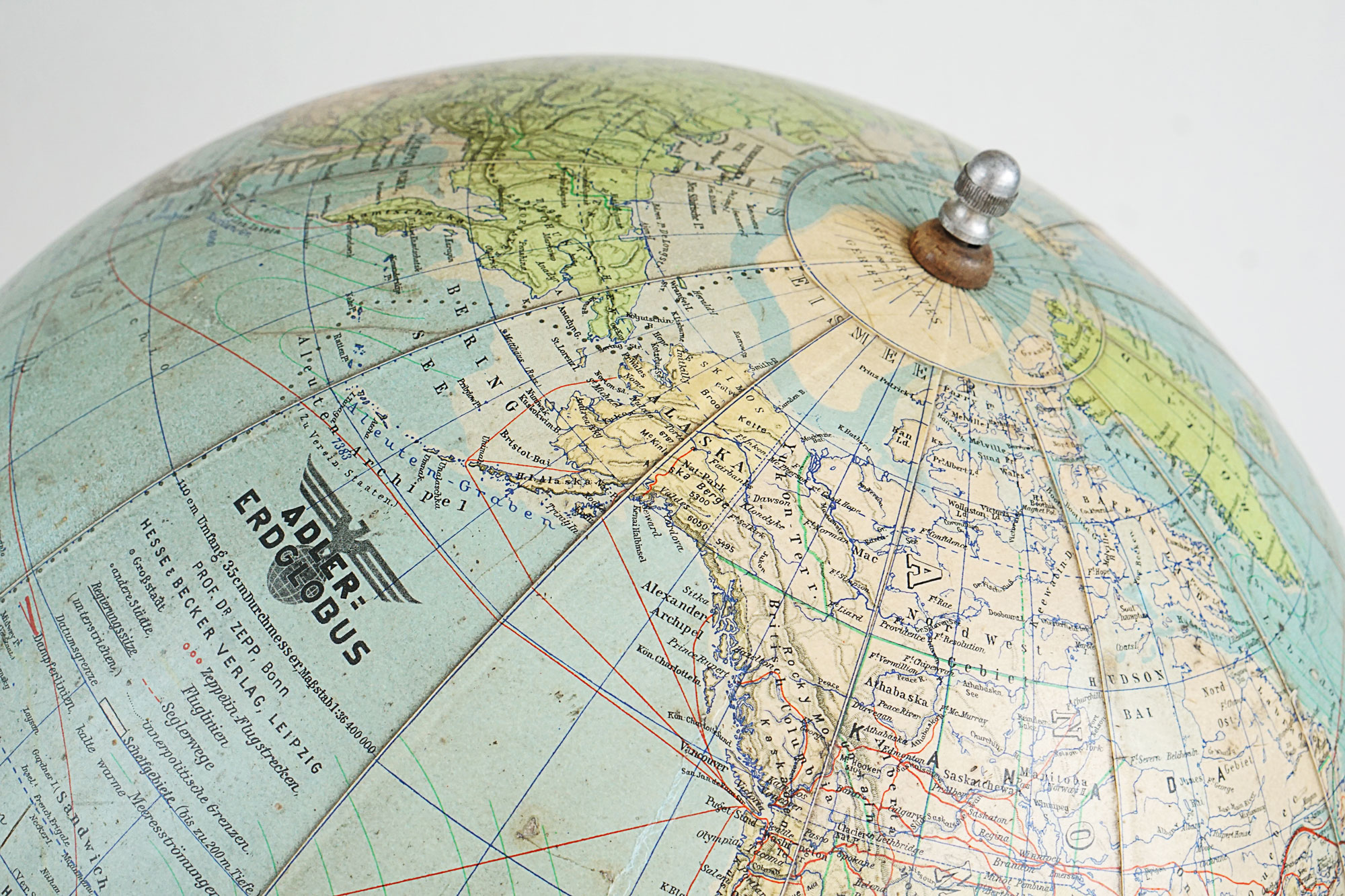 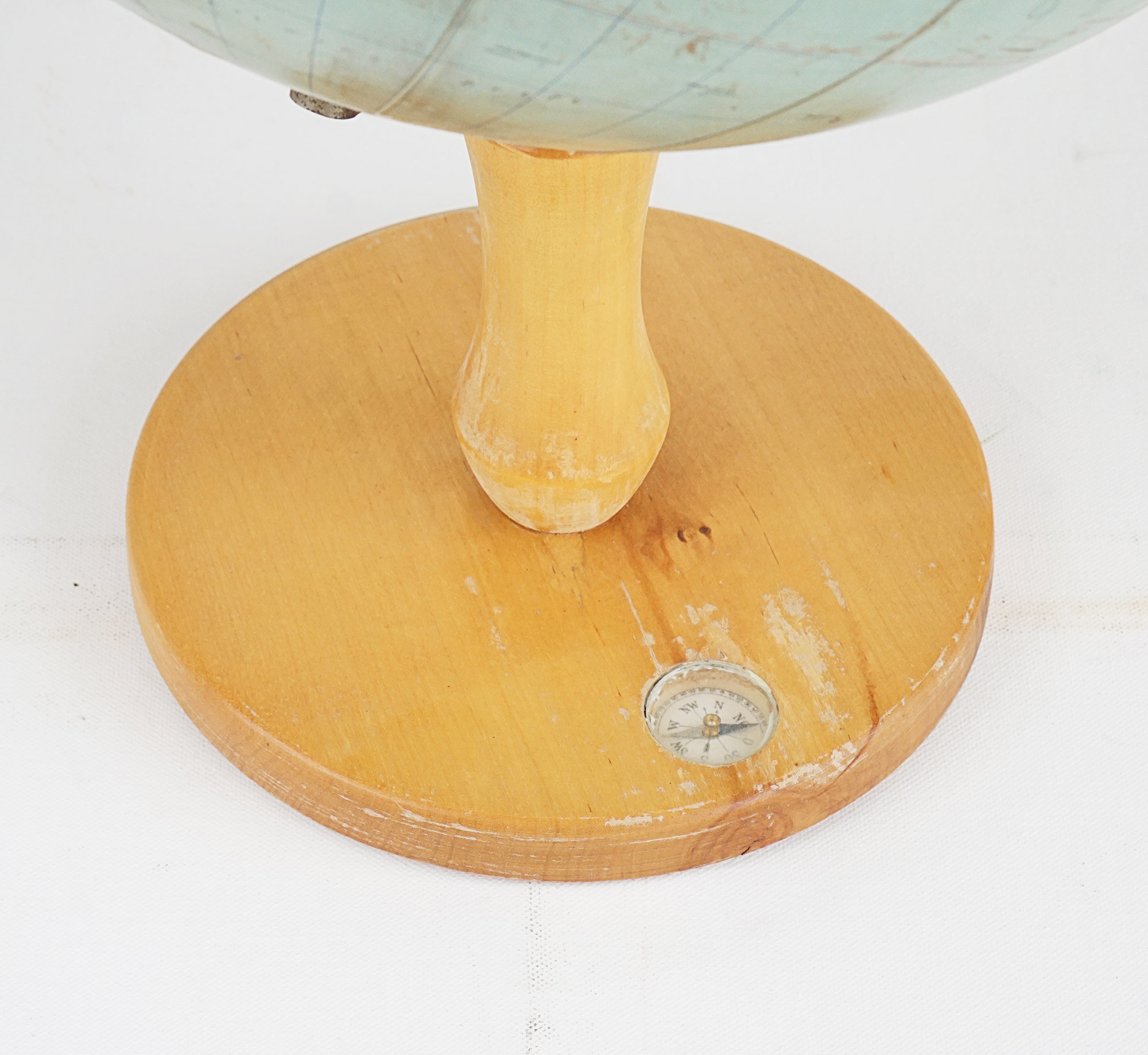 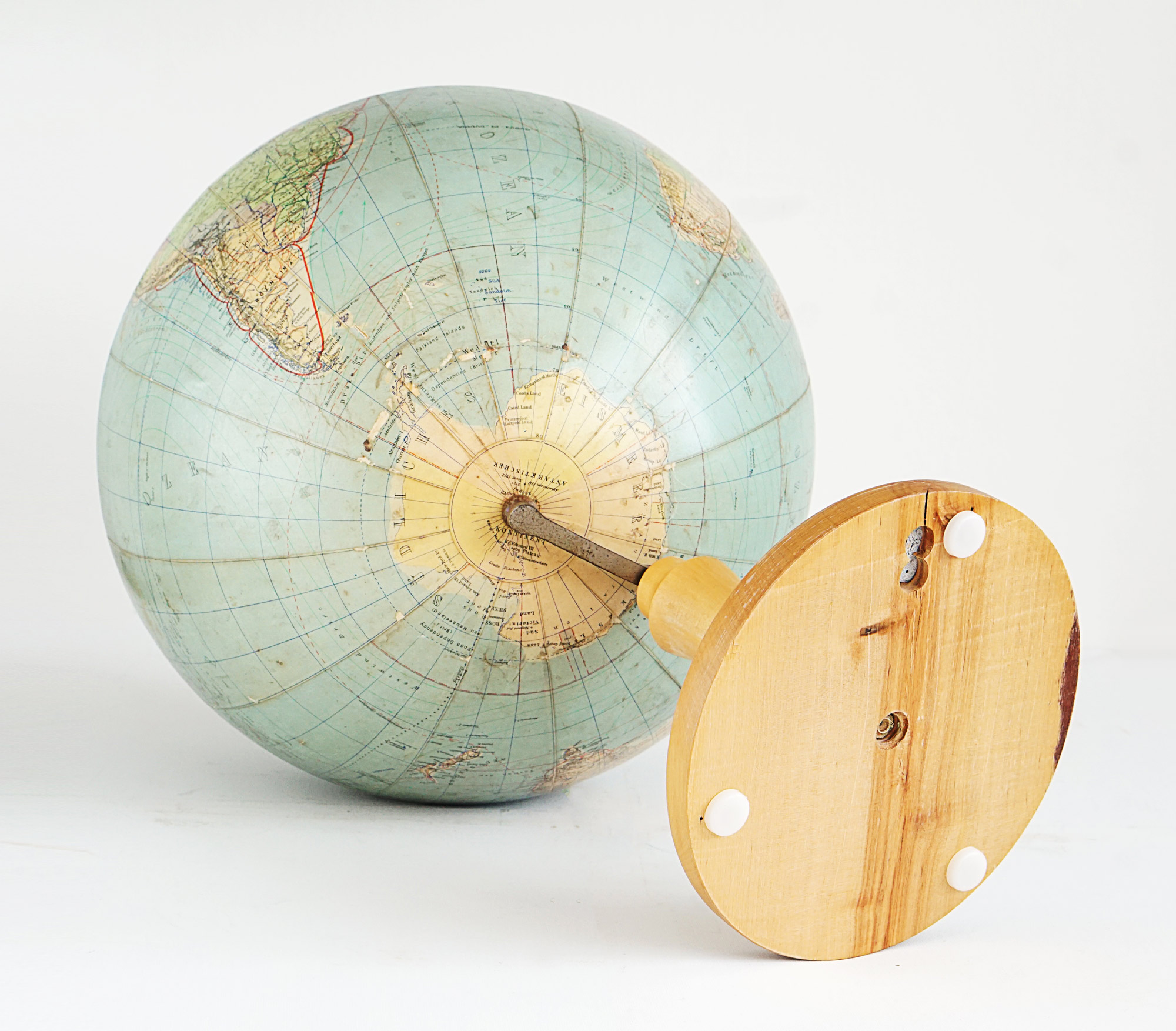 The Adler-Erdglobus, compiled by professor Dr. Zepp in Bonn and published by Hesse & Becker Verlag is an interesting and rather rare German globe from the pre WW2 era. With its 35 cm diameter it is a bit larger than most of its competitors.

Although there is no date on the globe, from the references in middle Europe it can be dated quite precisely between September 1938 and March 1939 - the Sudetenland (part of Czechoslovakia) is already annexed by Germany, but the rest of Czechoslovakia is still portrayed as an independent country.

The terrain is portrayed by hachuring, a technique mostly already replaced by area shading. A special visual emphasis is put on railways and especially sea routes and Zeppelin routes, shown in vivid red colour. Sea depths below 200 m are shown in lighter blue colour - a quite uncommon feature. The light coloured wooden base is also quite rare. Former German colonies are outlined or labeled with their former German names.

Overall quite clean with occasional light soiling. Small dent and part of the map scratched around the south polar circle. Light abrasion of the wood varnish on the base. The compass is not working.