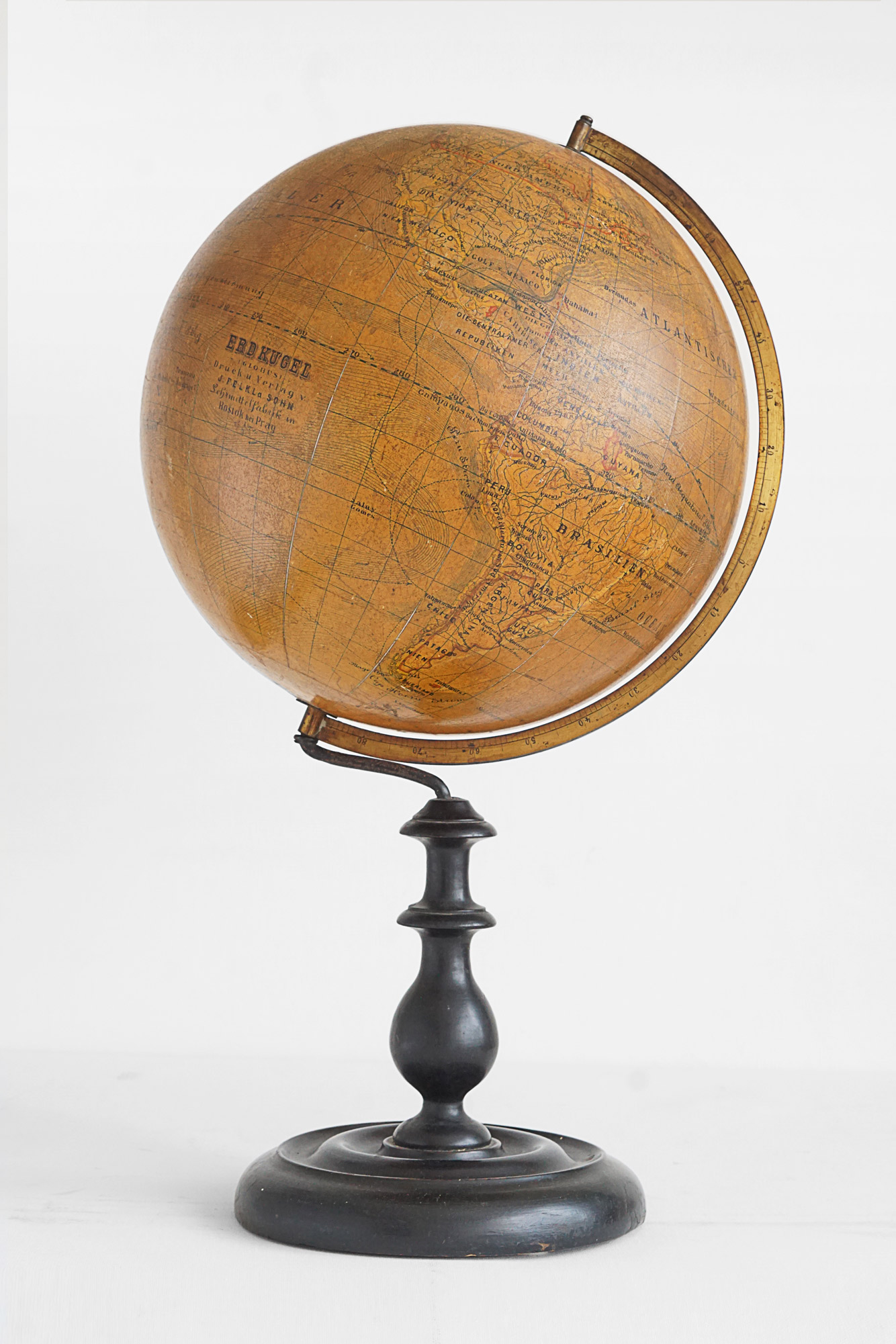 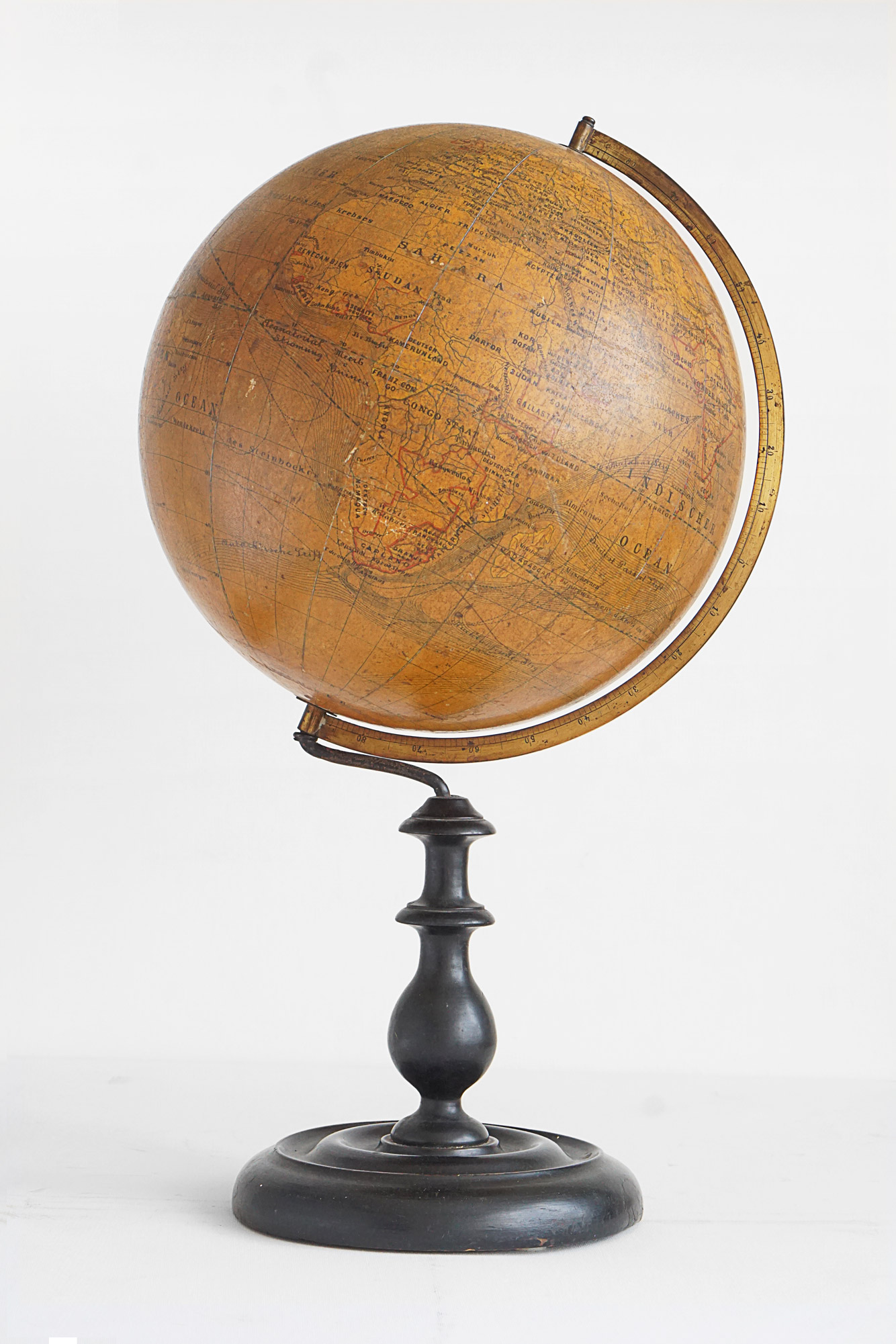 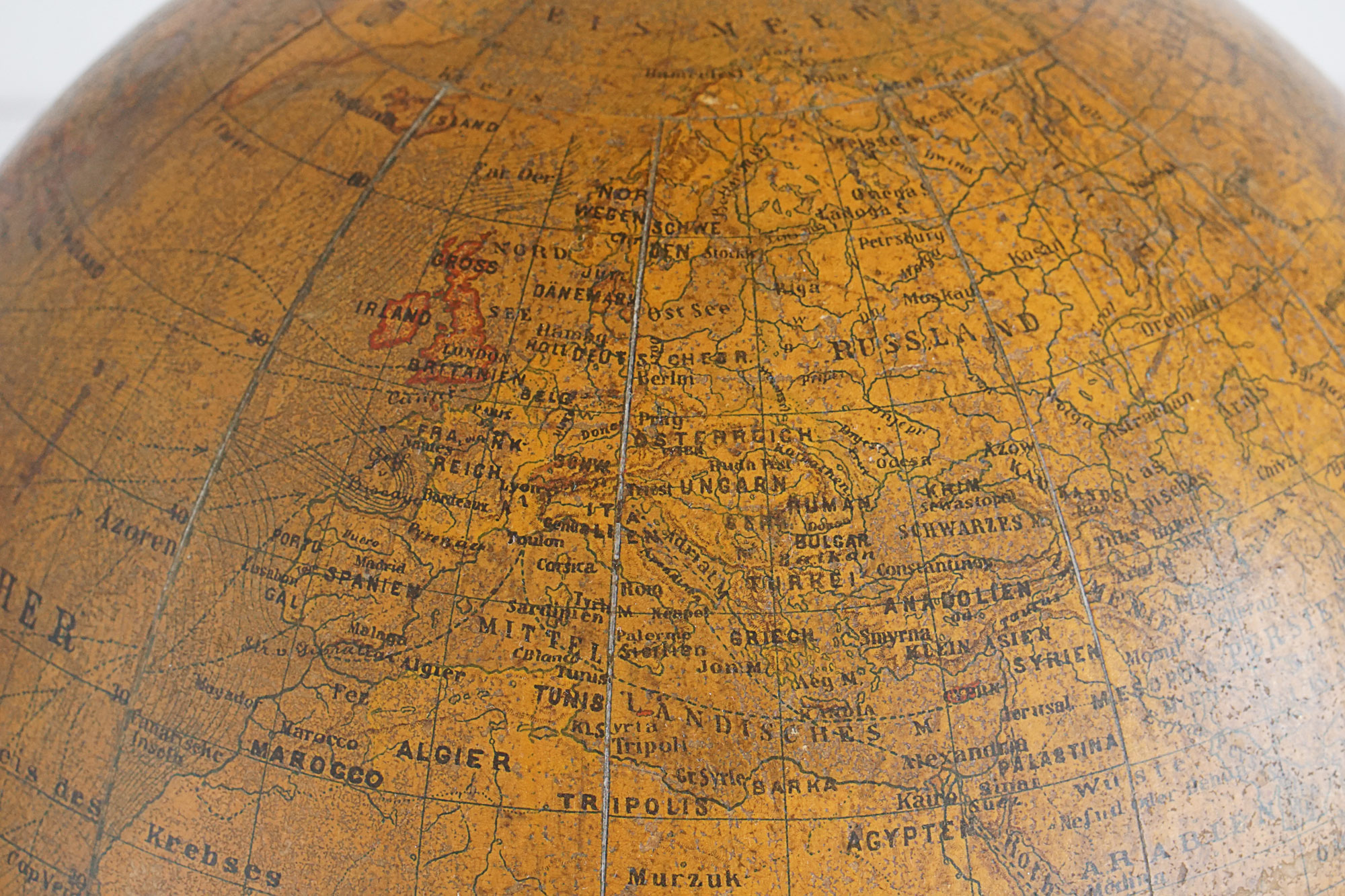 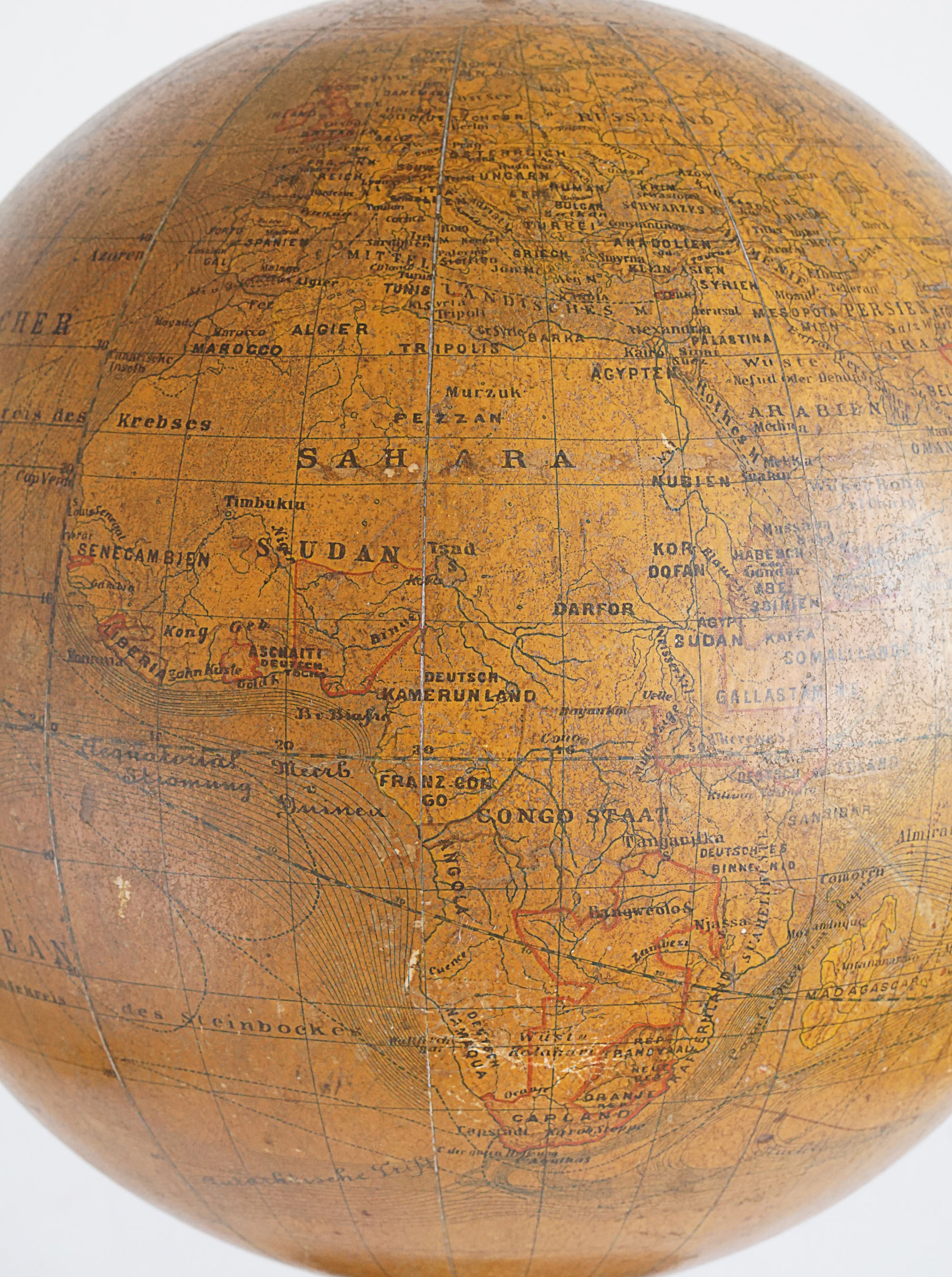 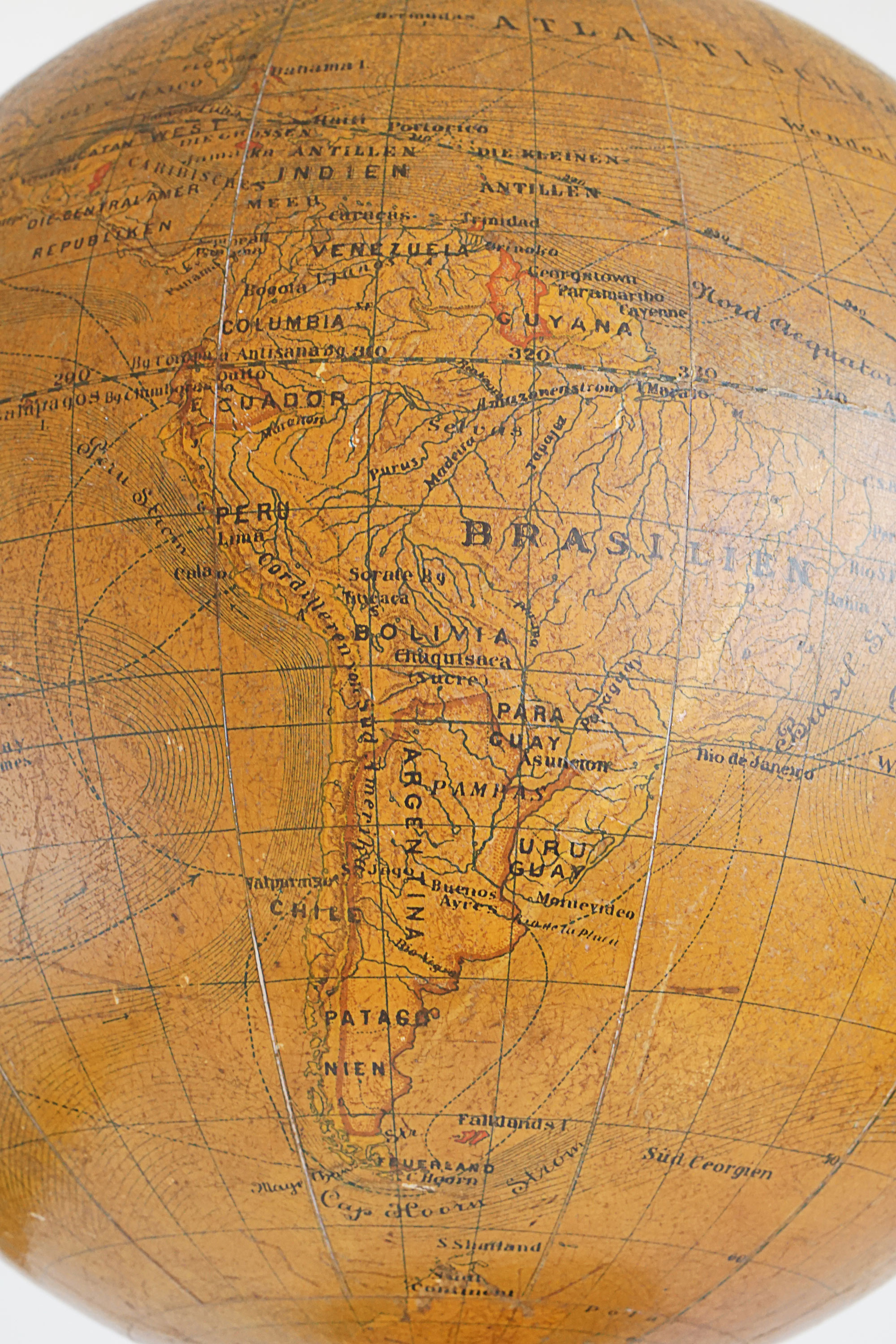 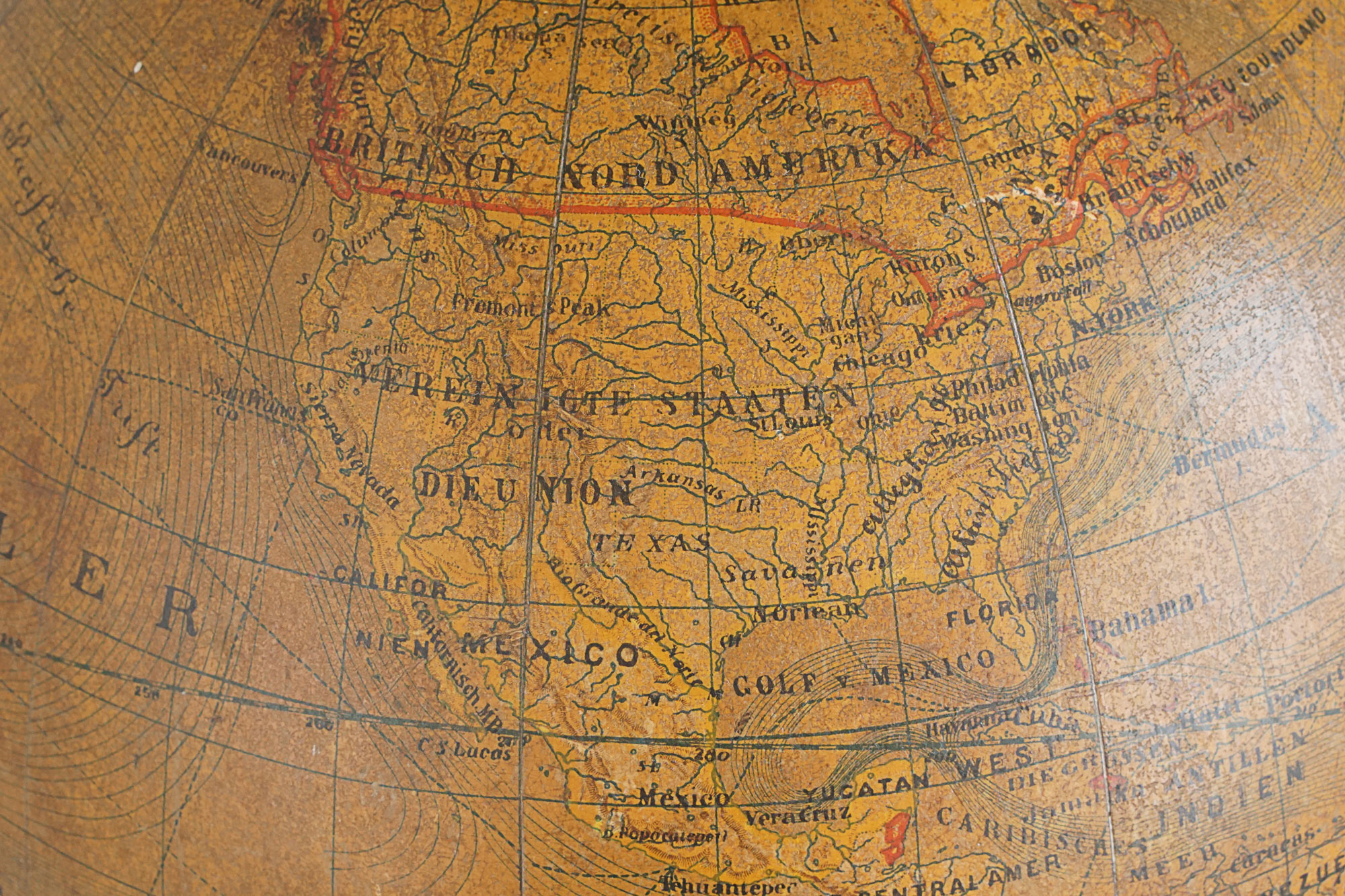 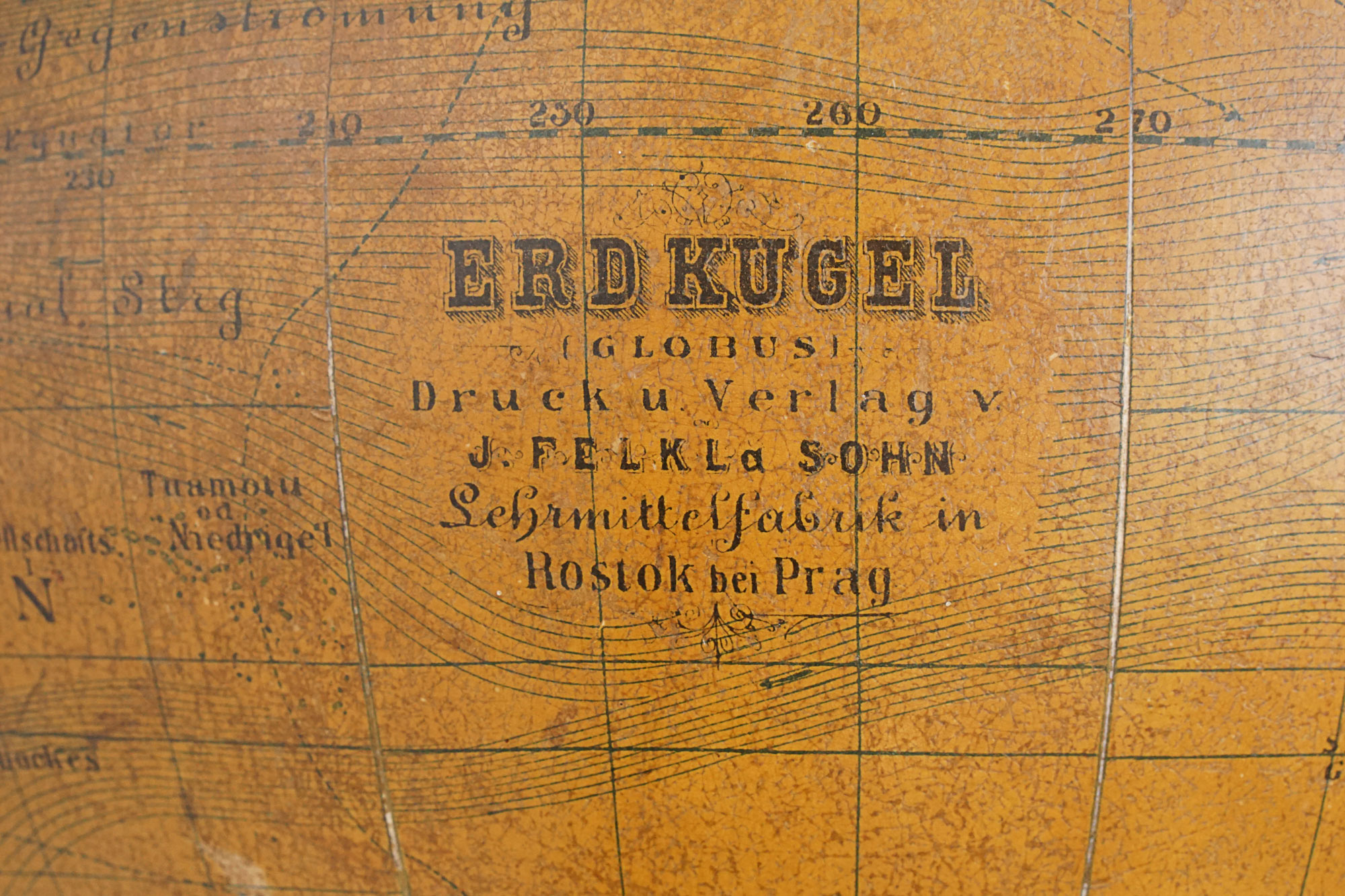 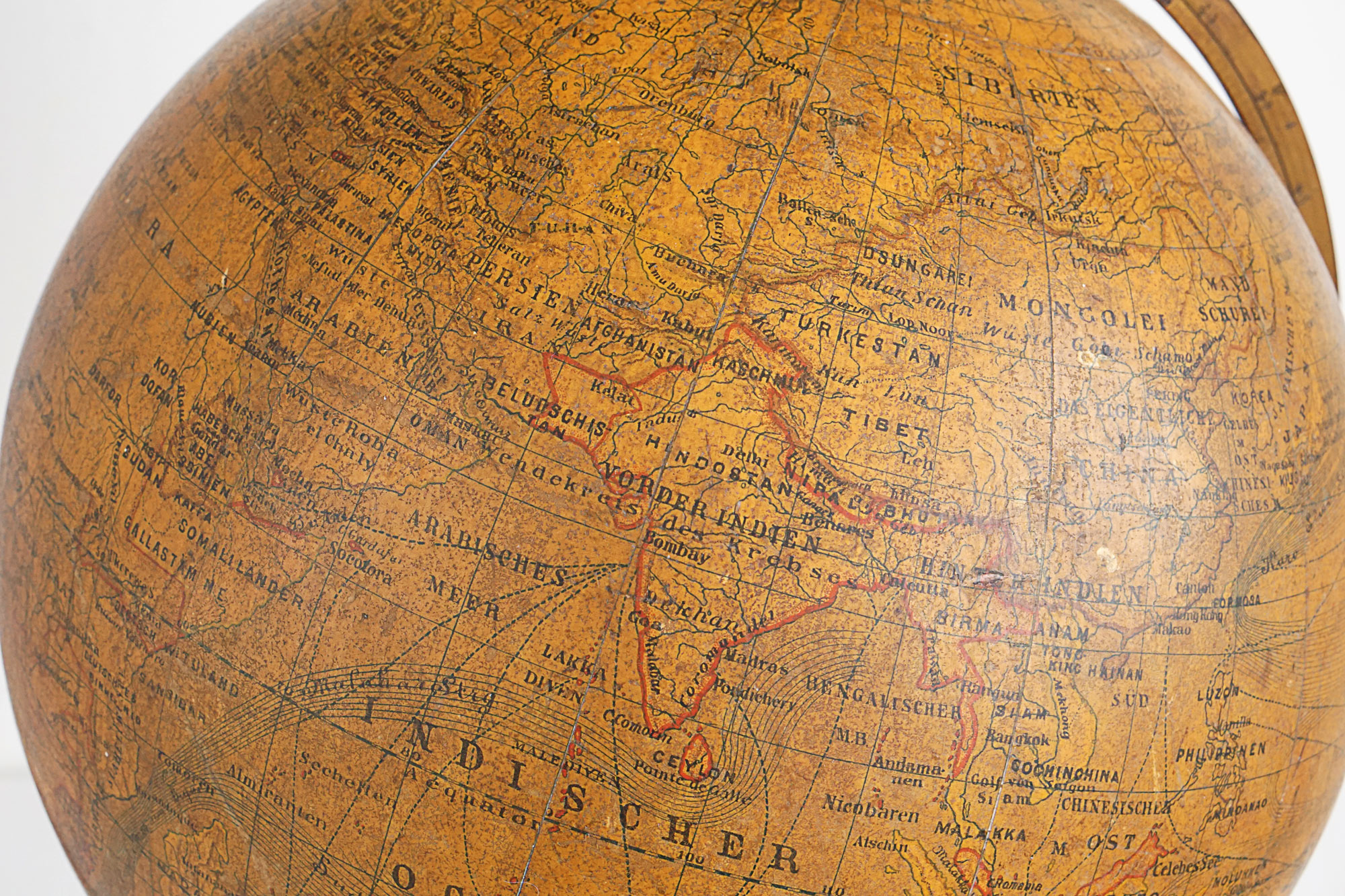 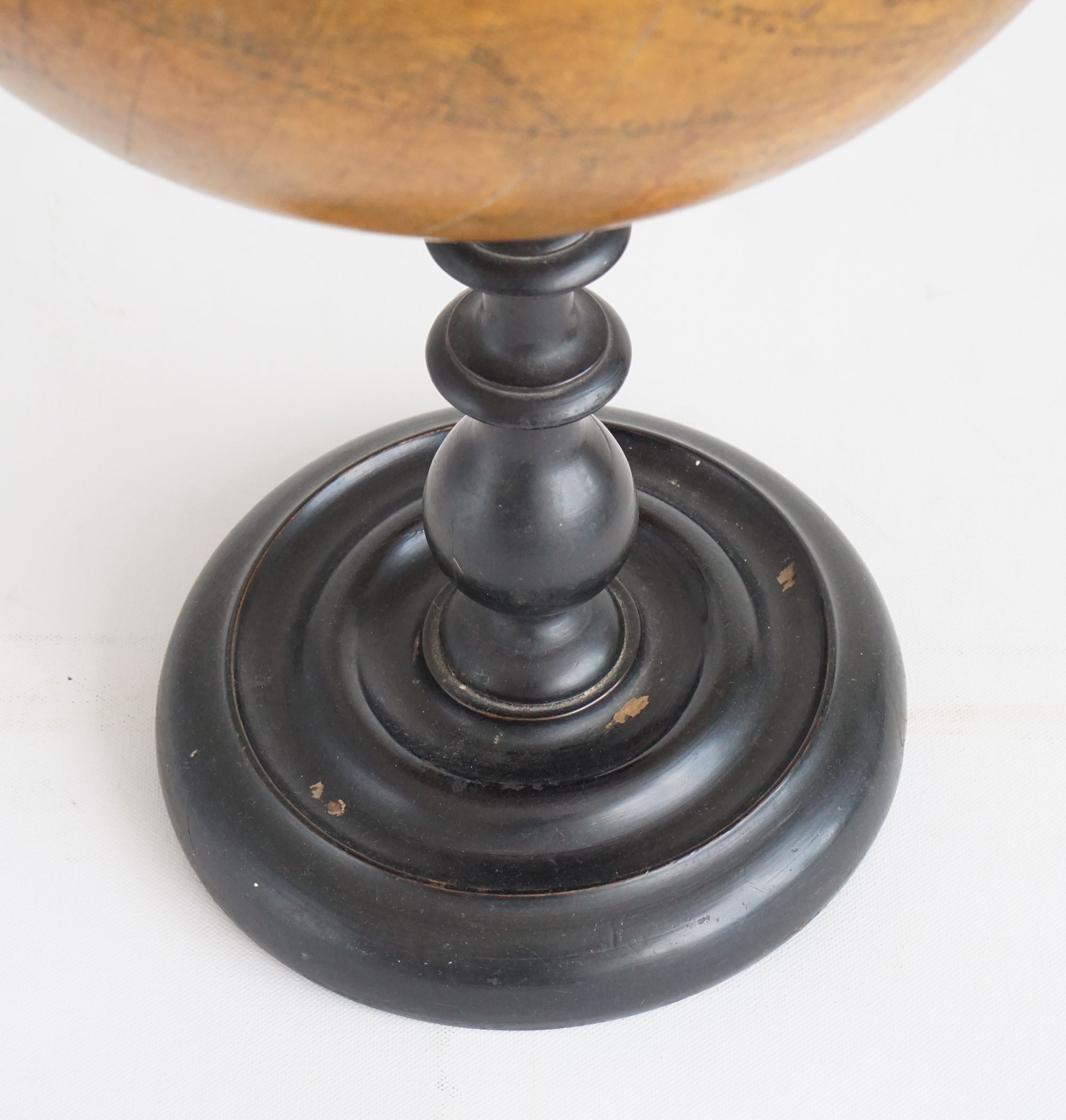 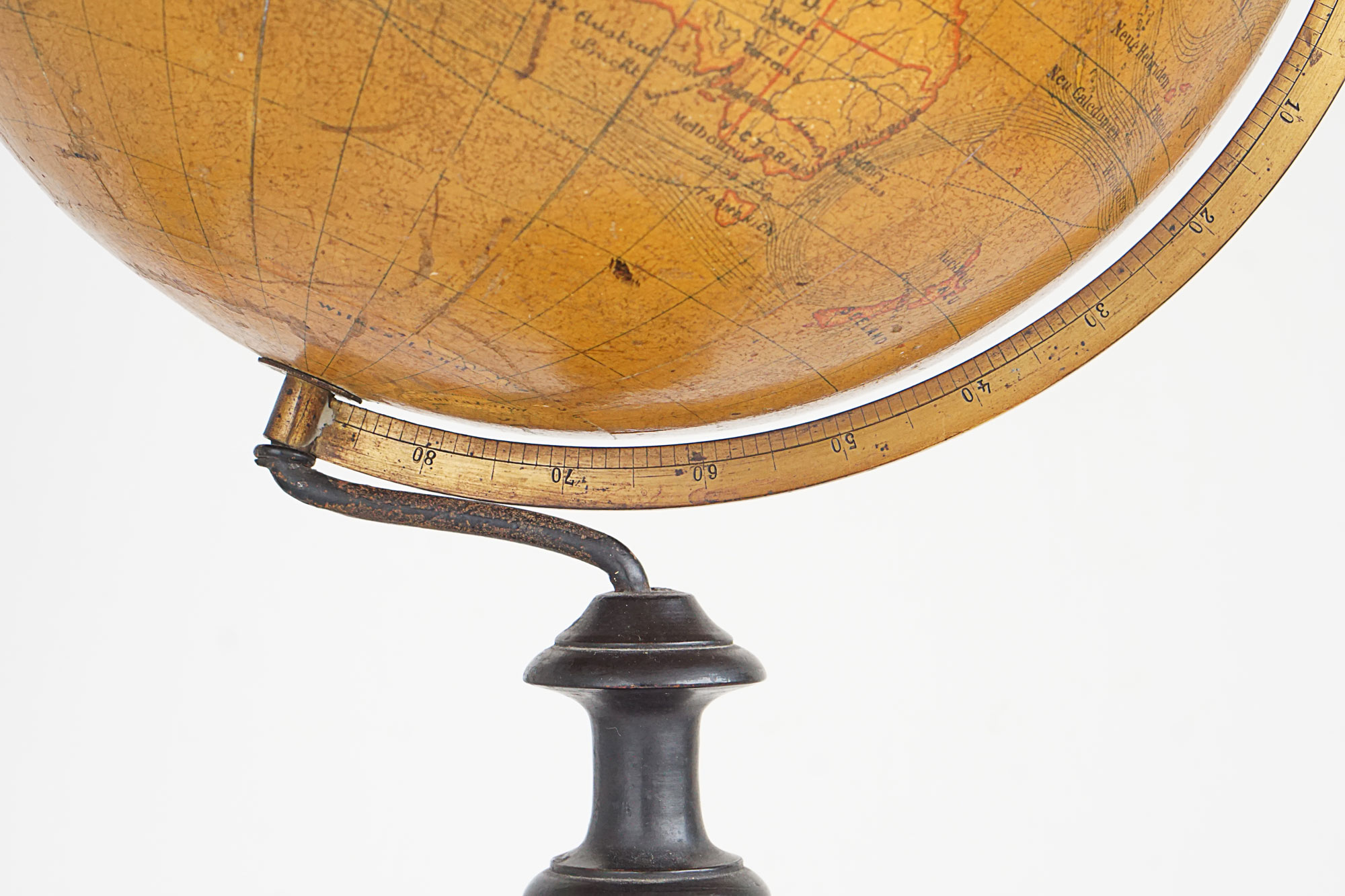 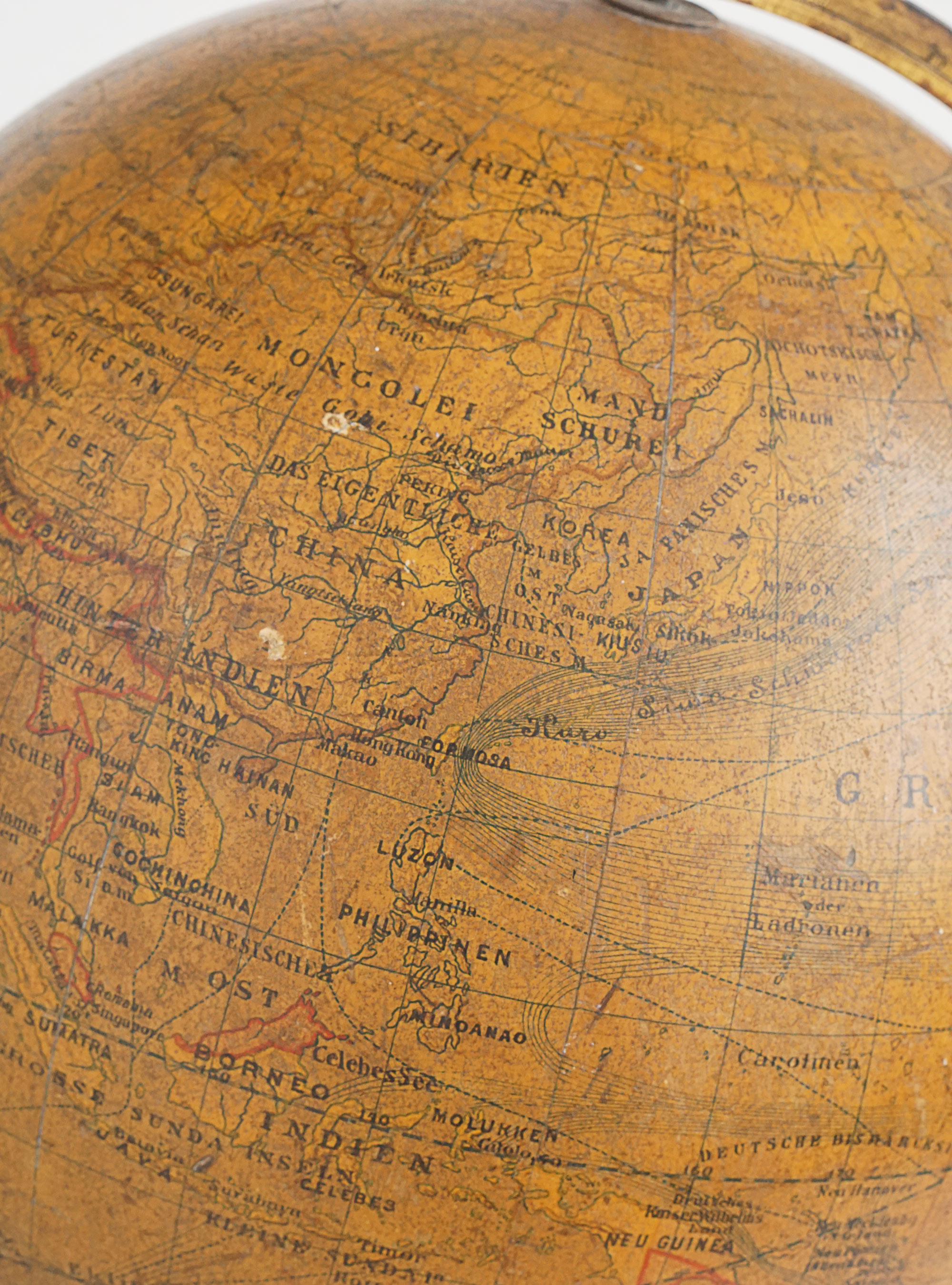 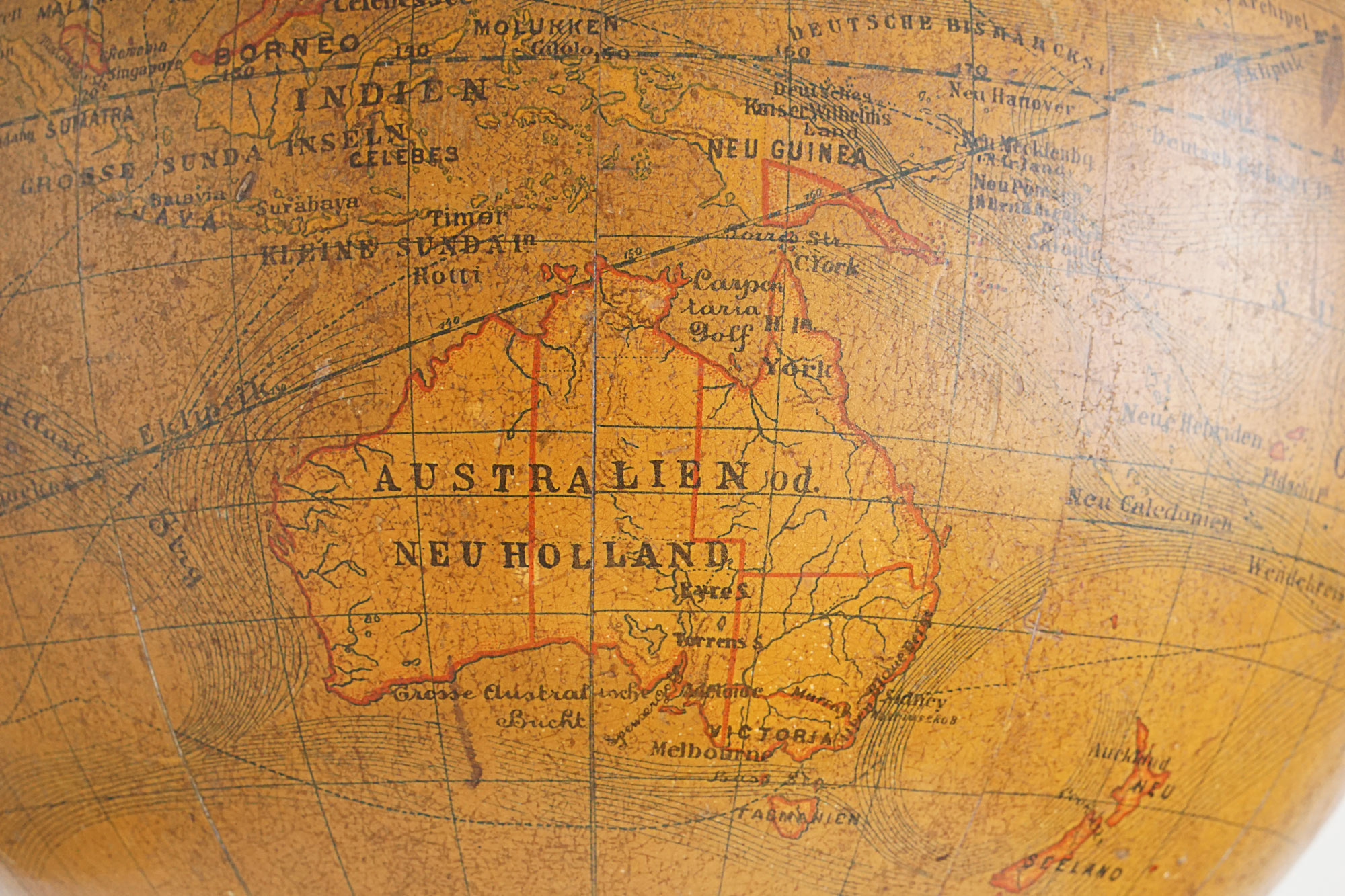 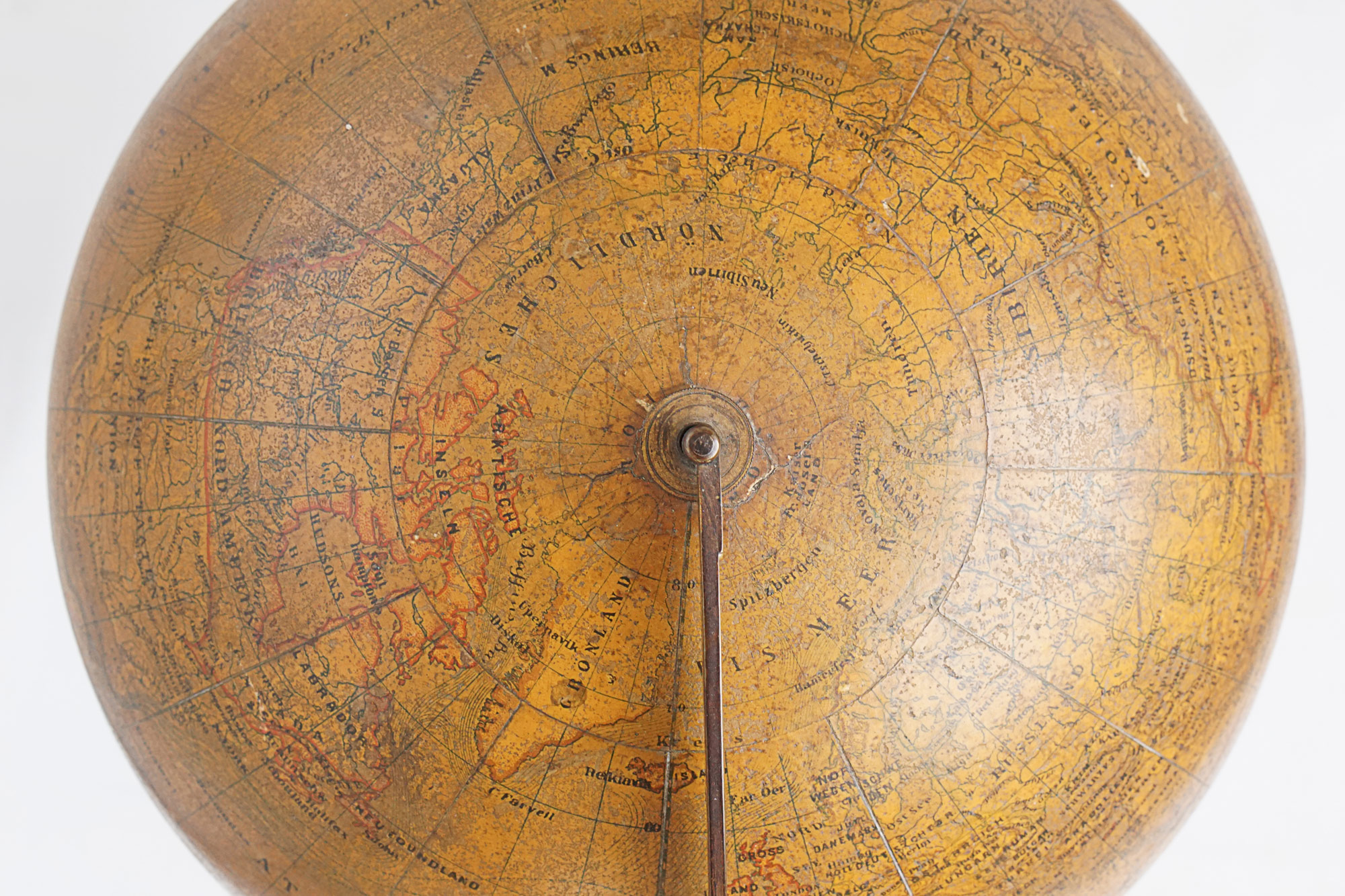 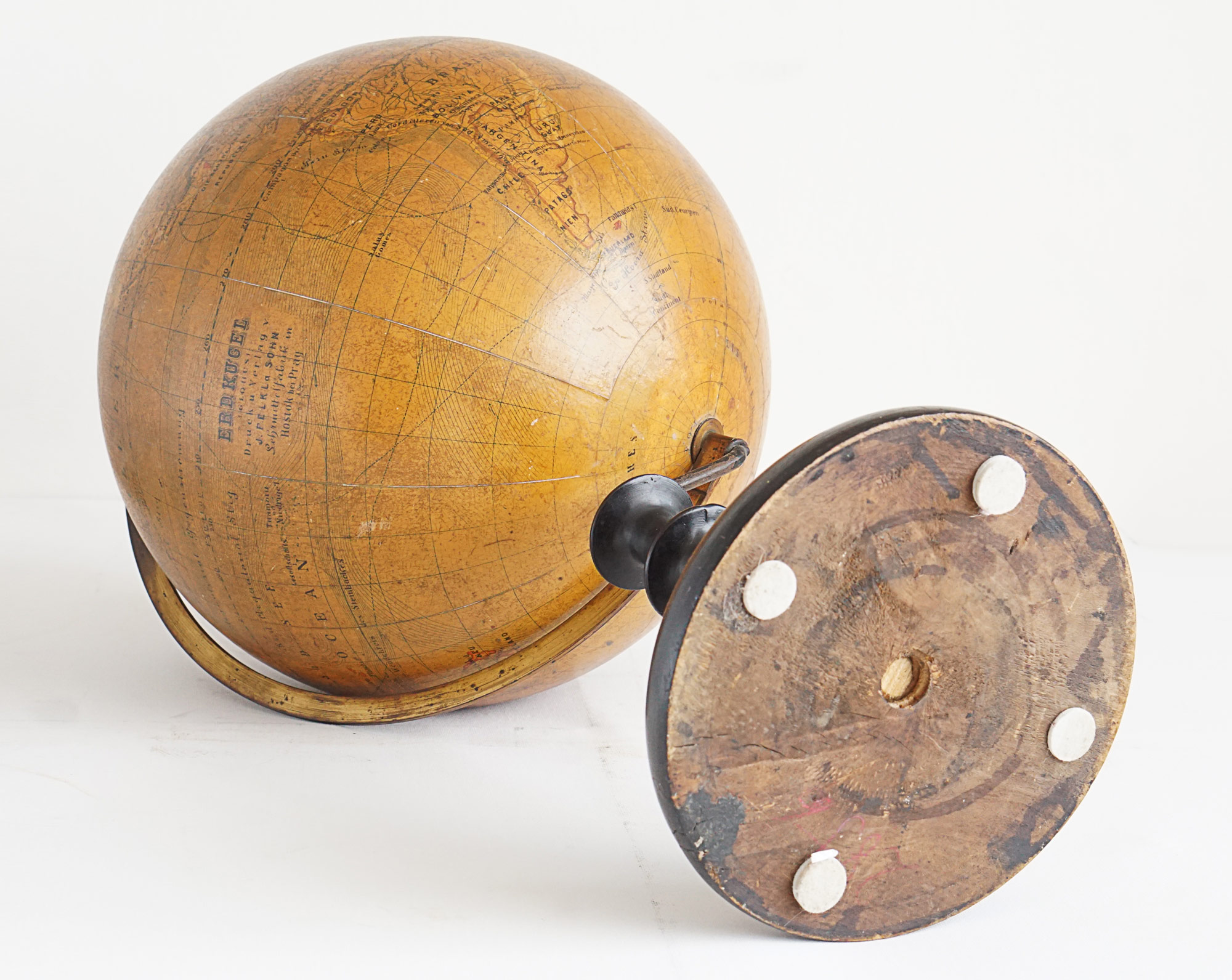 Large 33 cm diameter desk globe by an Austro-Hungarian globe producer Felkl & Son (Felkl a syn) based in Roztoky u Prahy, supplying globes of various sizes in 17 languages and other school instruments to many countries all over Europe.

The map shows relatively dense river systems and principle ocean currents. The main mountain ranges are portrayed with hachuring. The map has been printed using 3 different colours (blue for continents, rivers and currents, brown for mountains and black for name labels. The main sea routes are marked with dashed line. There are only three mountains named on the globe - Kilimanjaro, Popocatepetl and Chimborazo (which had been presumed to be the tallest mountain in the world until the beginning of the 19th century and had been extensively studied by famous German scientist Alexander von Humboldt).

The country borders are coloured by hand. Territories of the British Empire are outlined by still vibrant red colour and emphasised with dotting which was usual for Felkl globes. The prime meridian is still Ferro although Greenwich has already been officially established as the prime meridian by the time this globe was made.

The presence of independent Congo State proves the globe was made after 1885 while the uncertain shape of the northern tip of Greenland suggests the map was likely engraved prior to Peary's expedition in 1891-1892.

Stronger patina, otherwise very good condition with very little signs of wear on the orb as well as the stand.