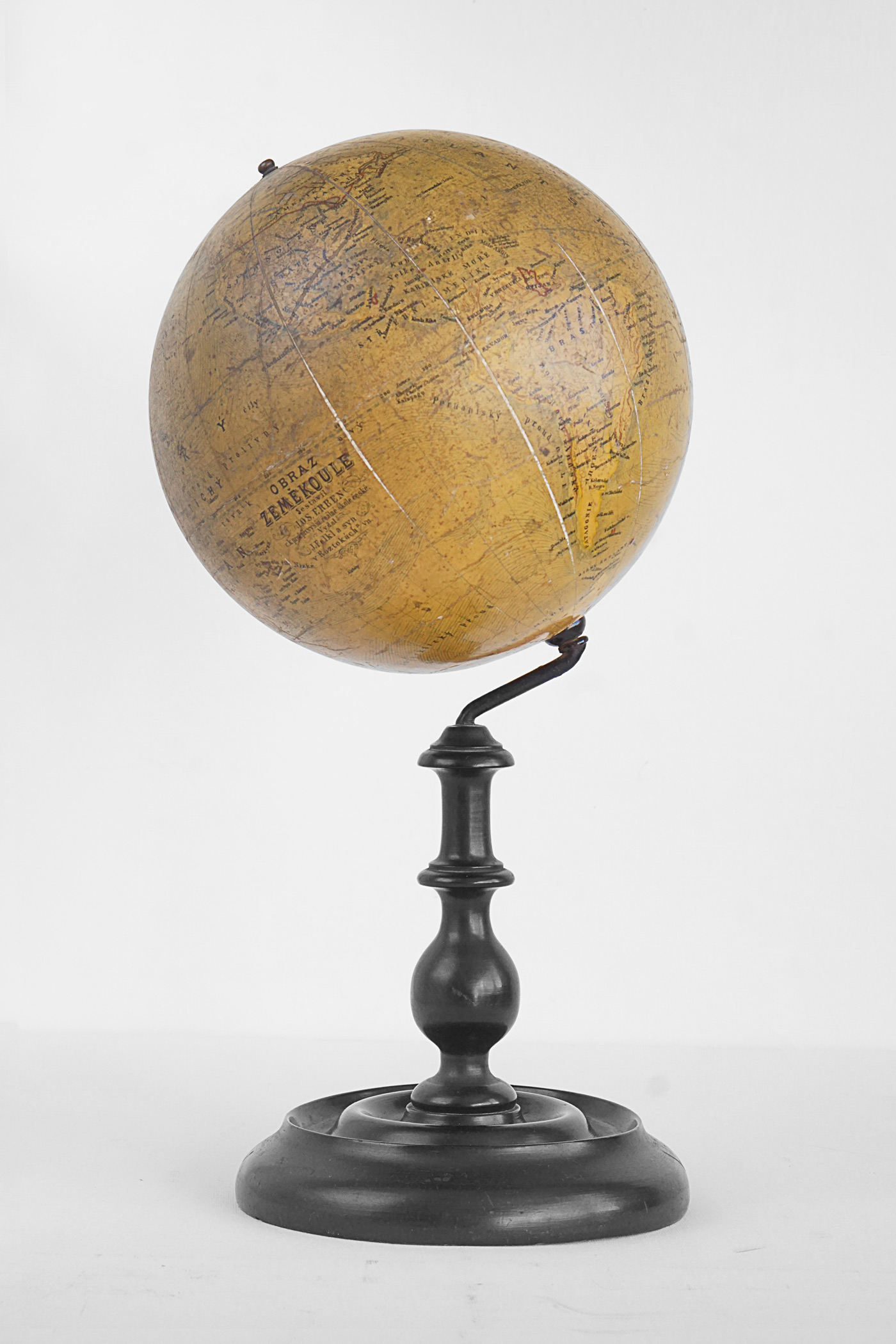 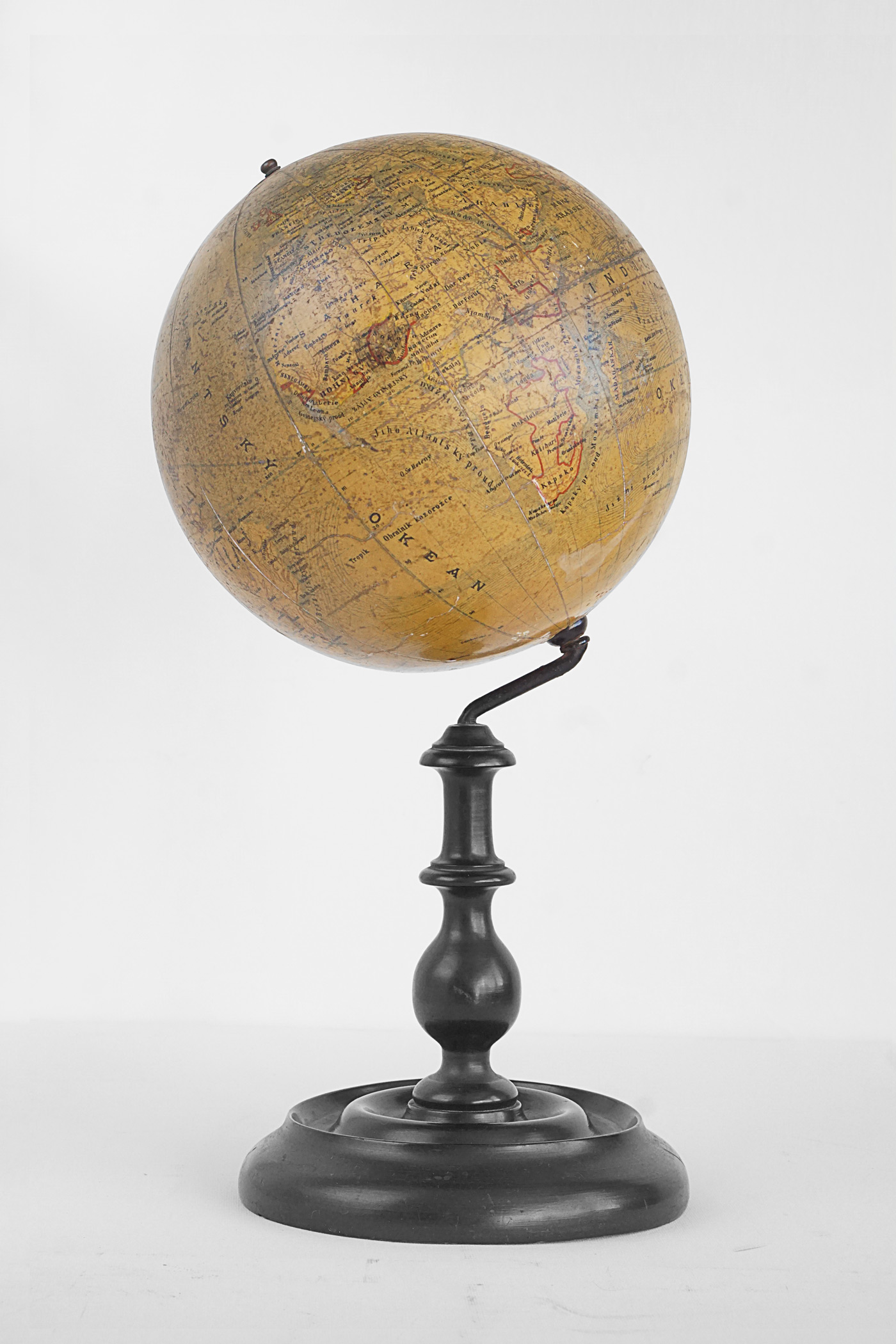 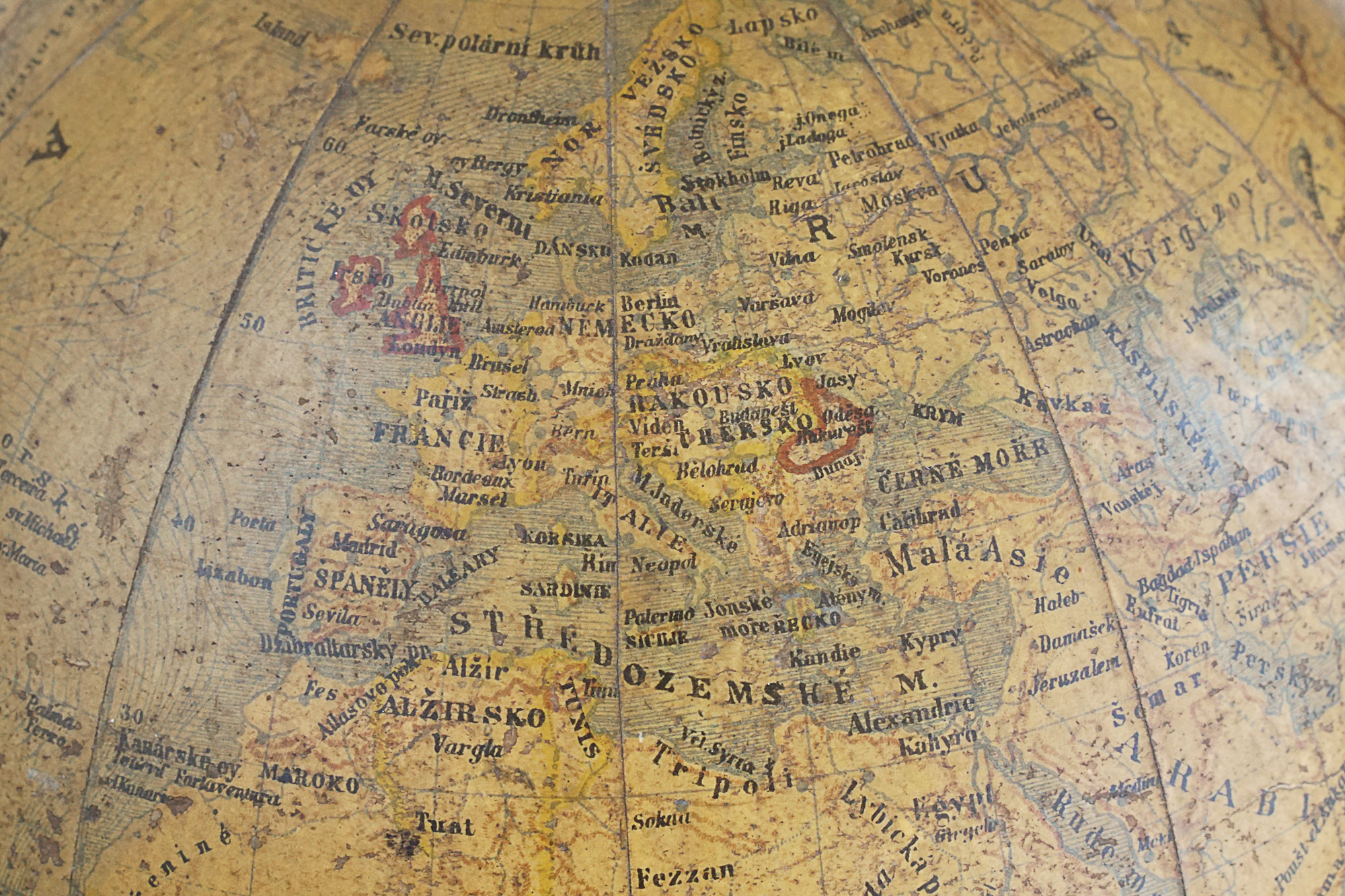 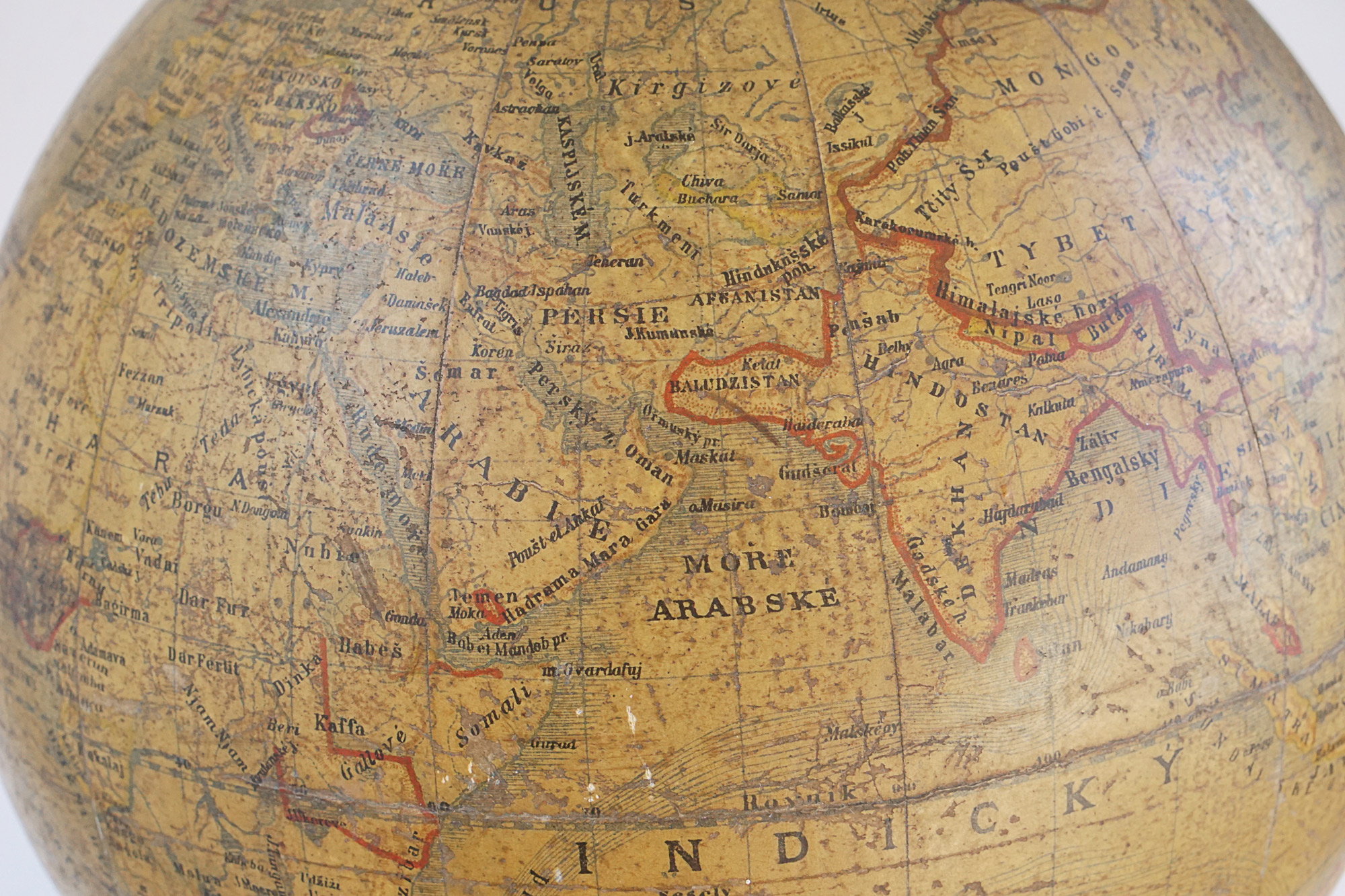 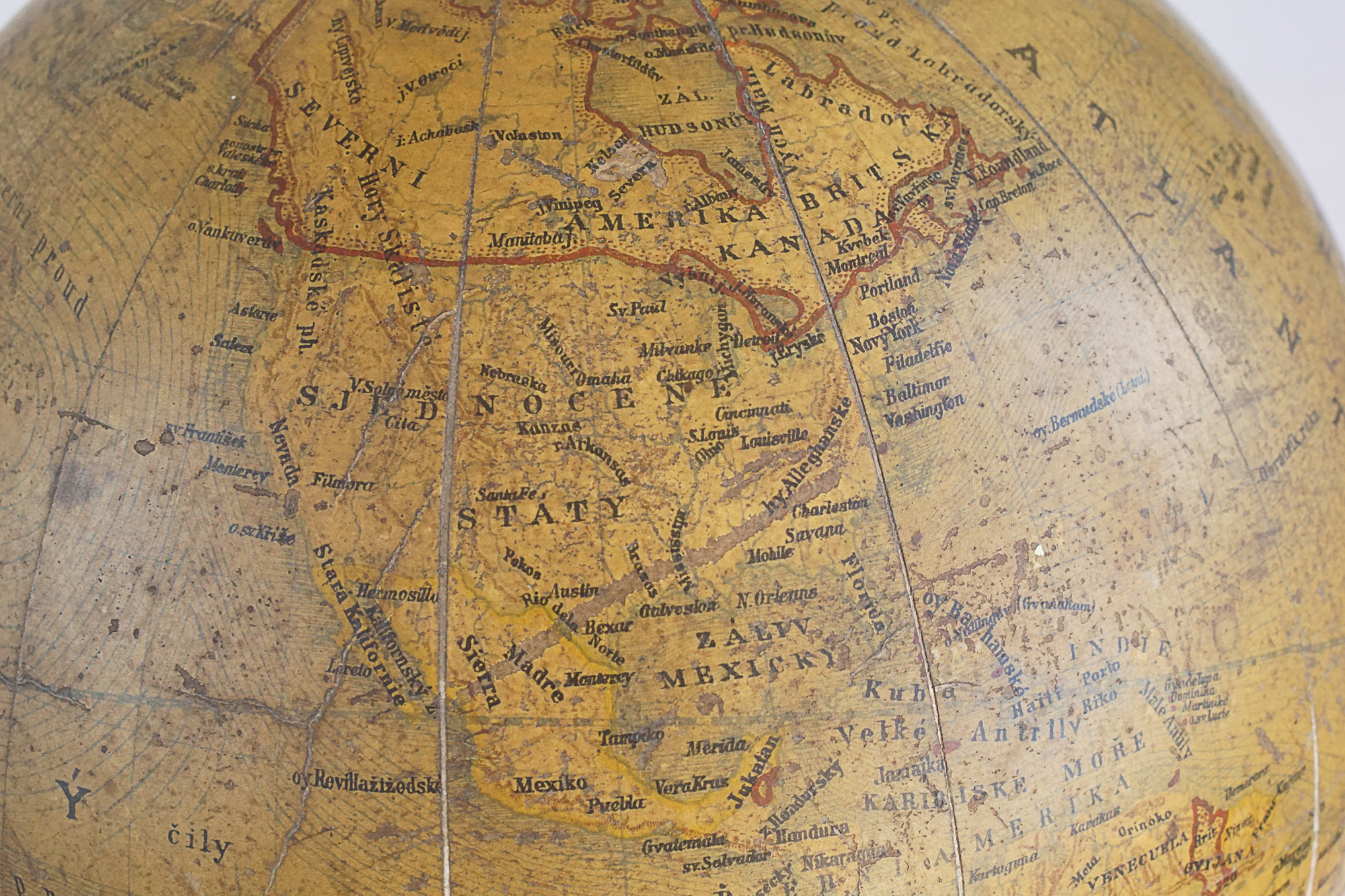 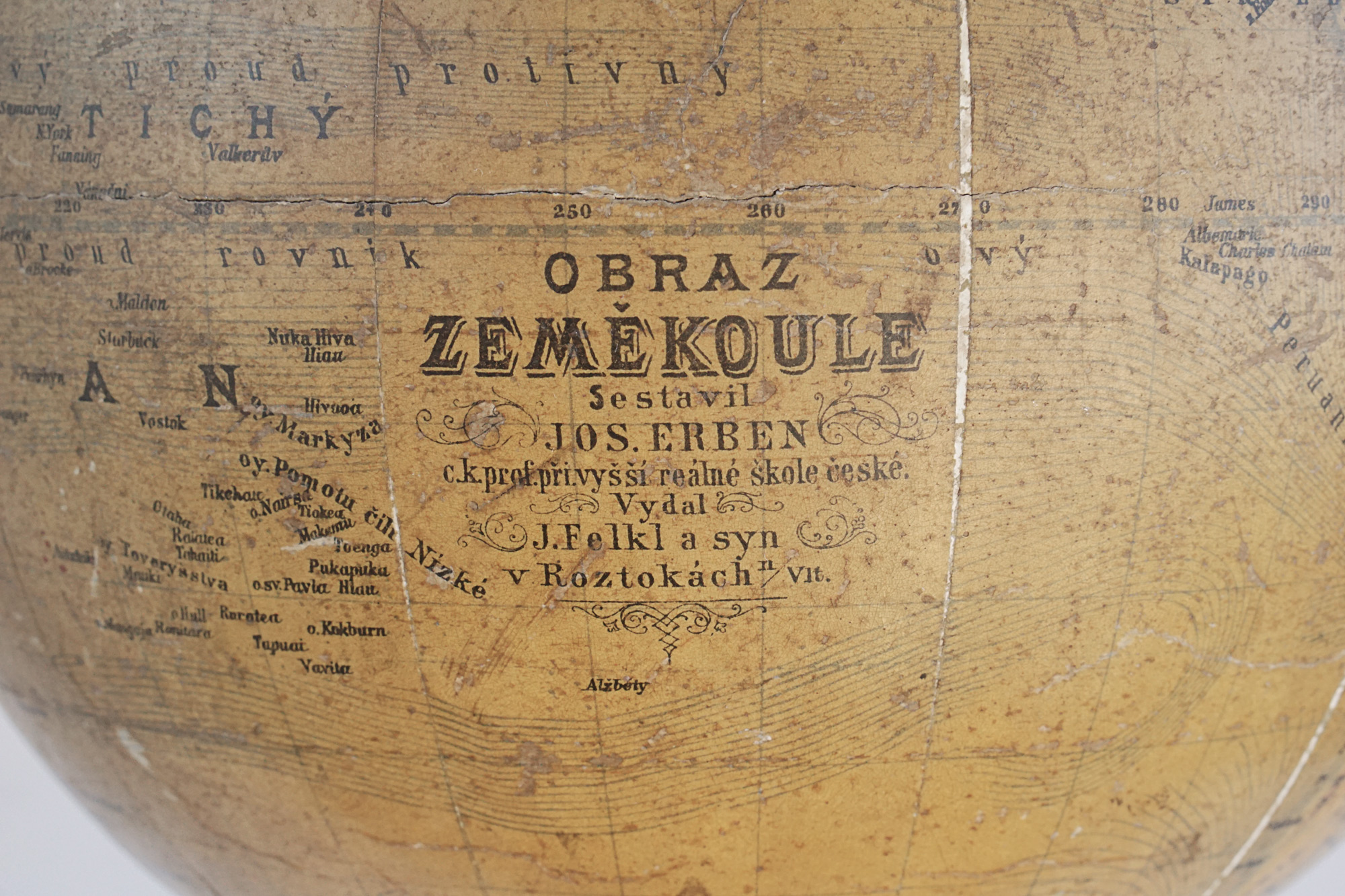 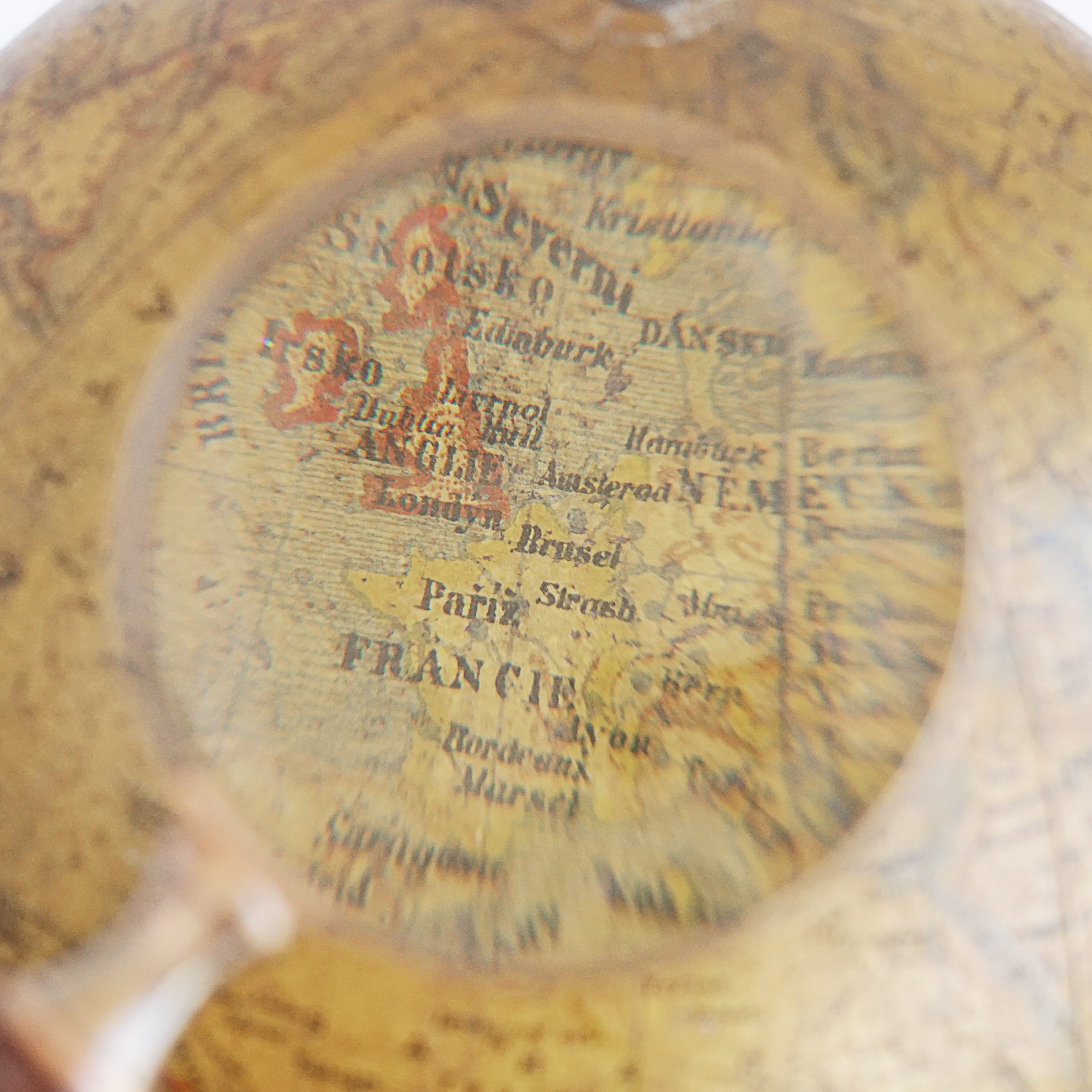 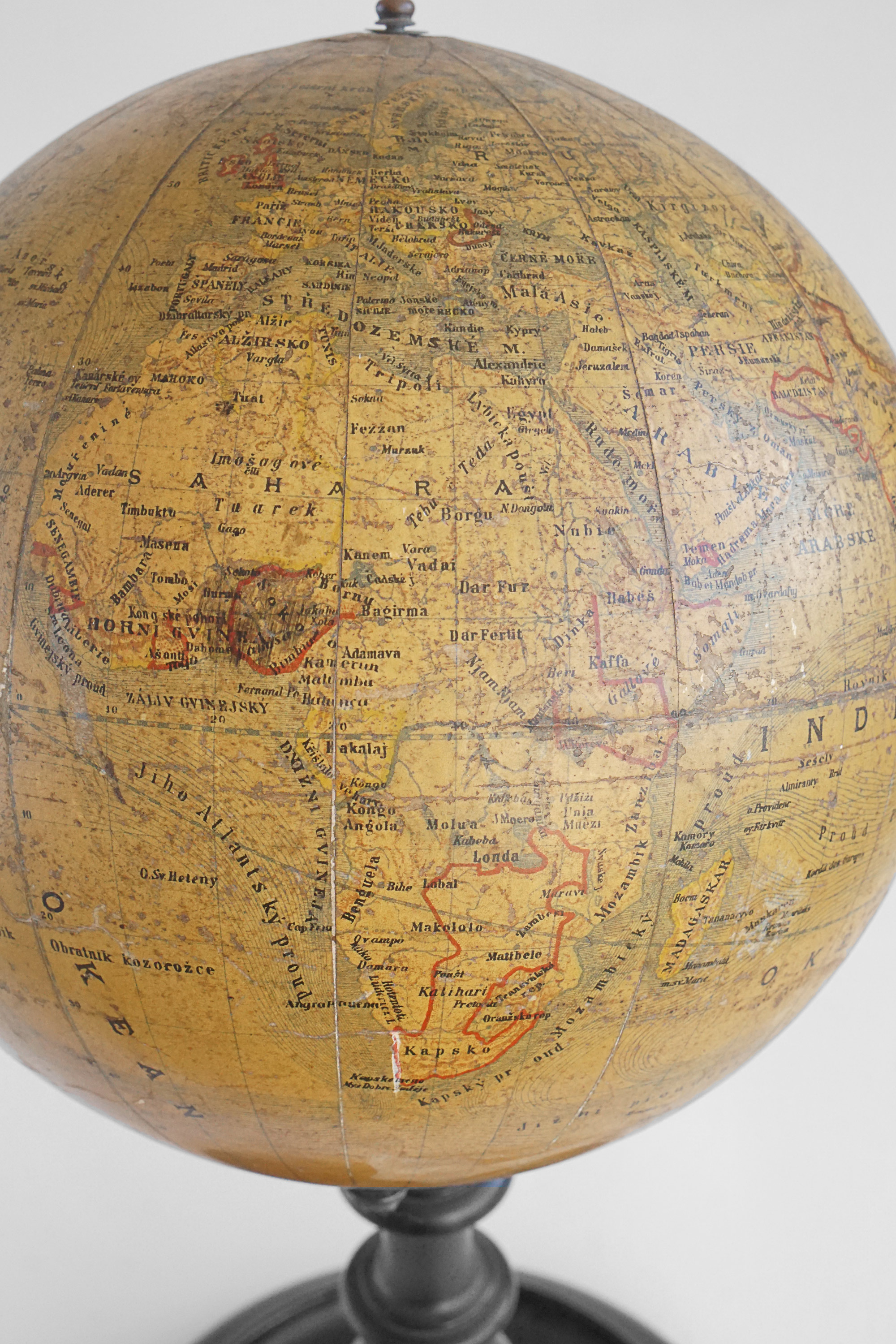 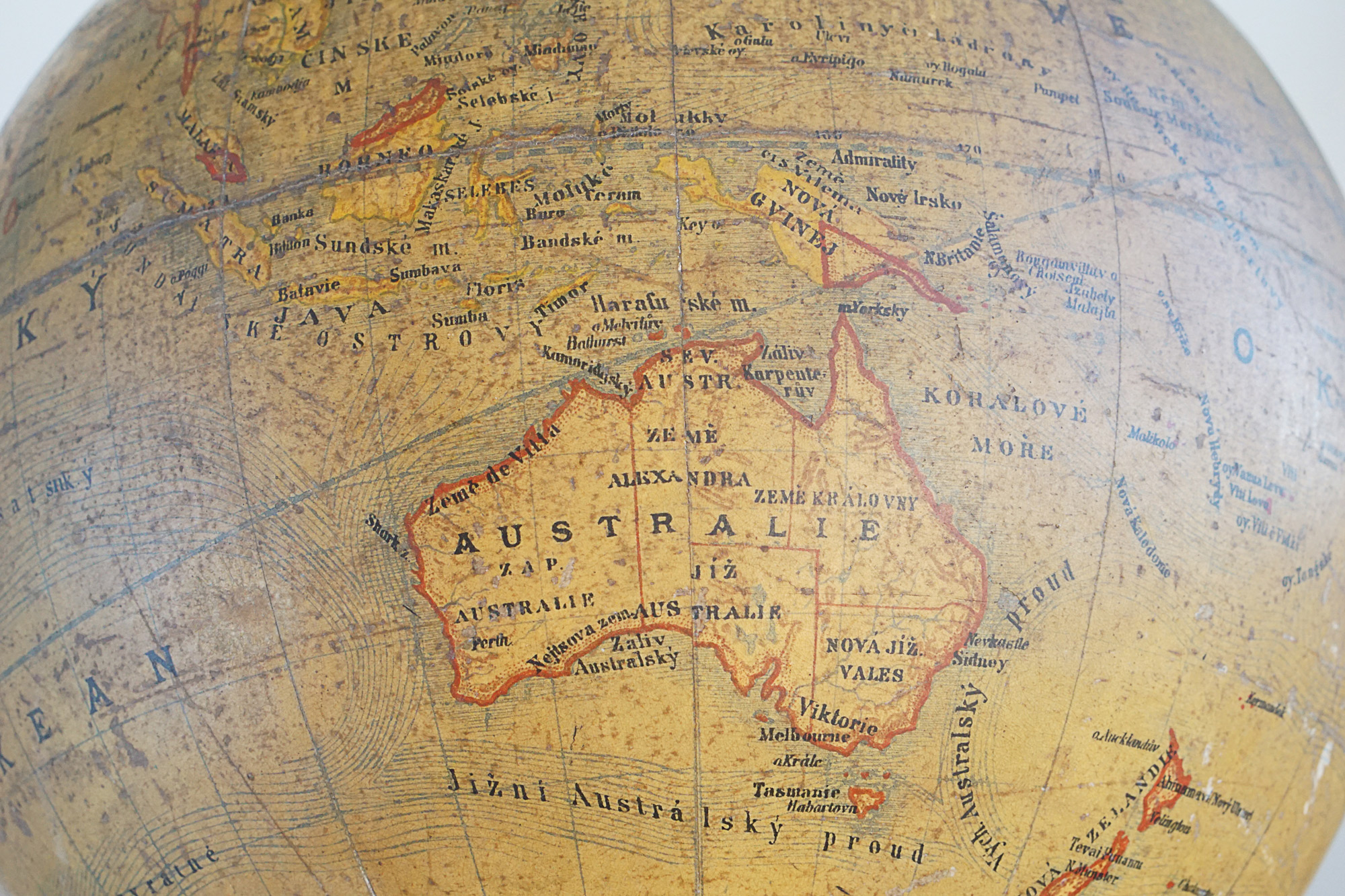 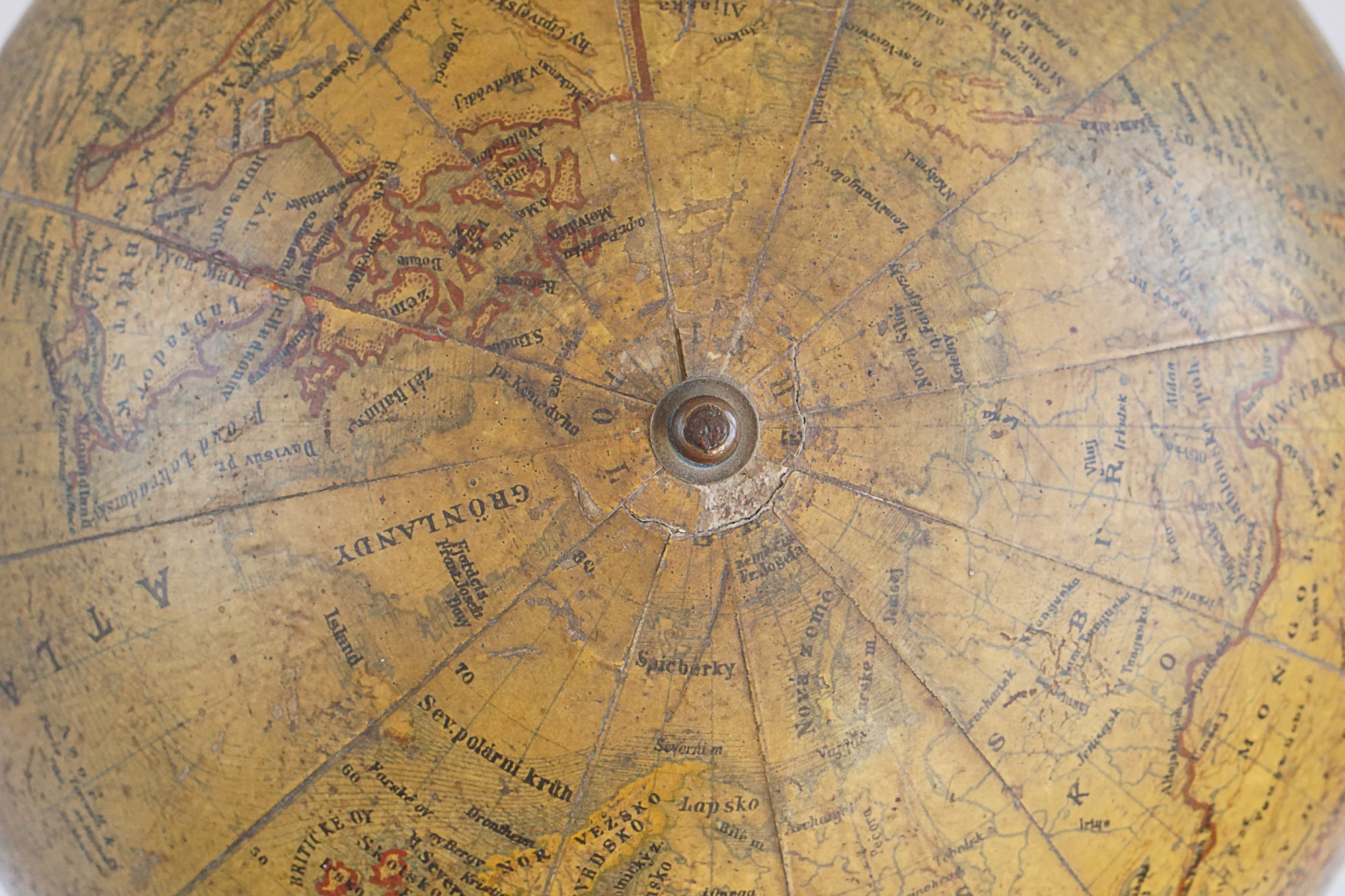 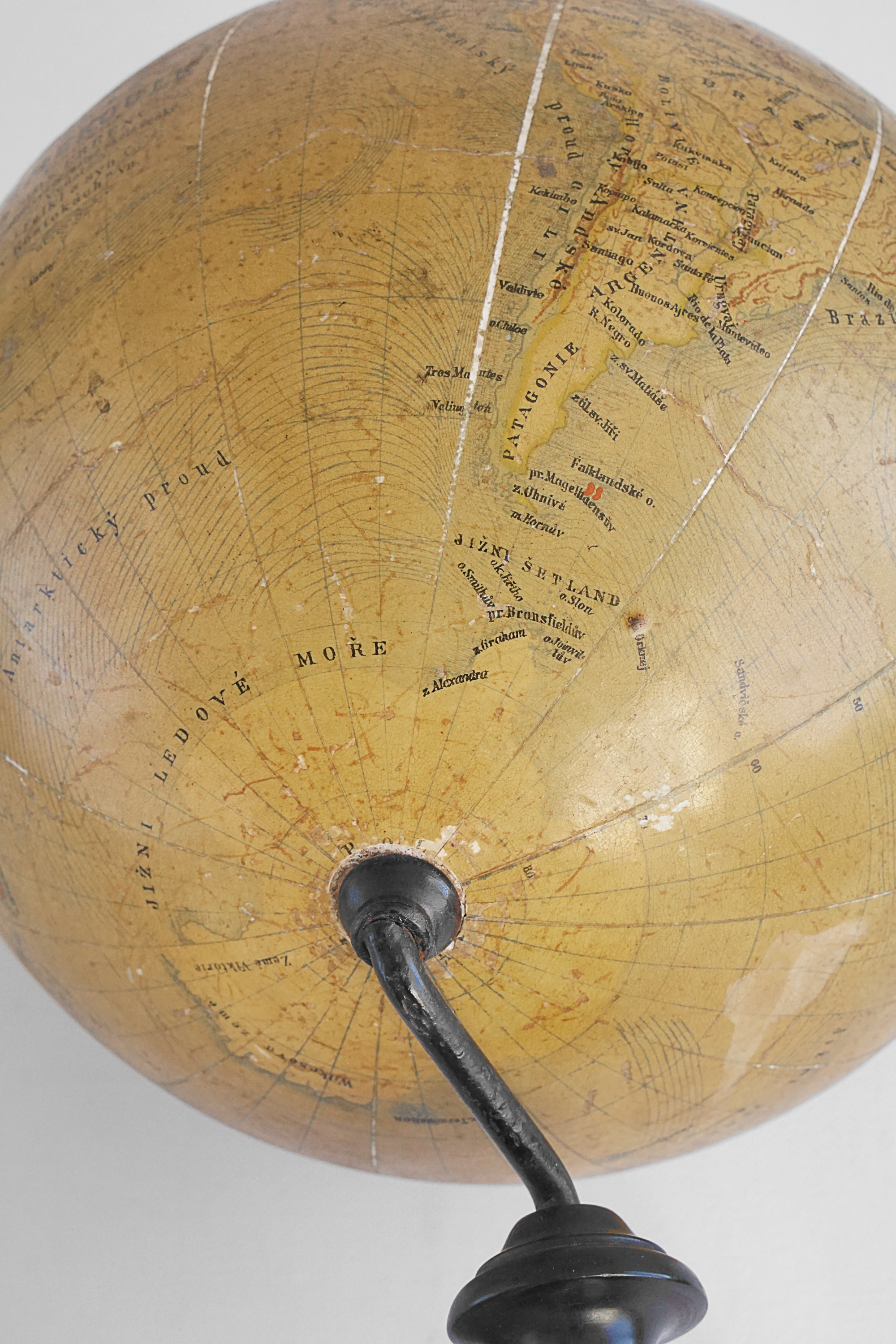 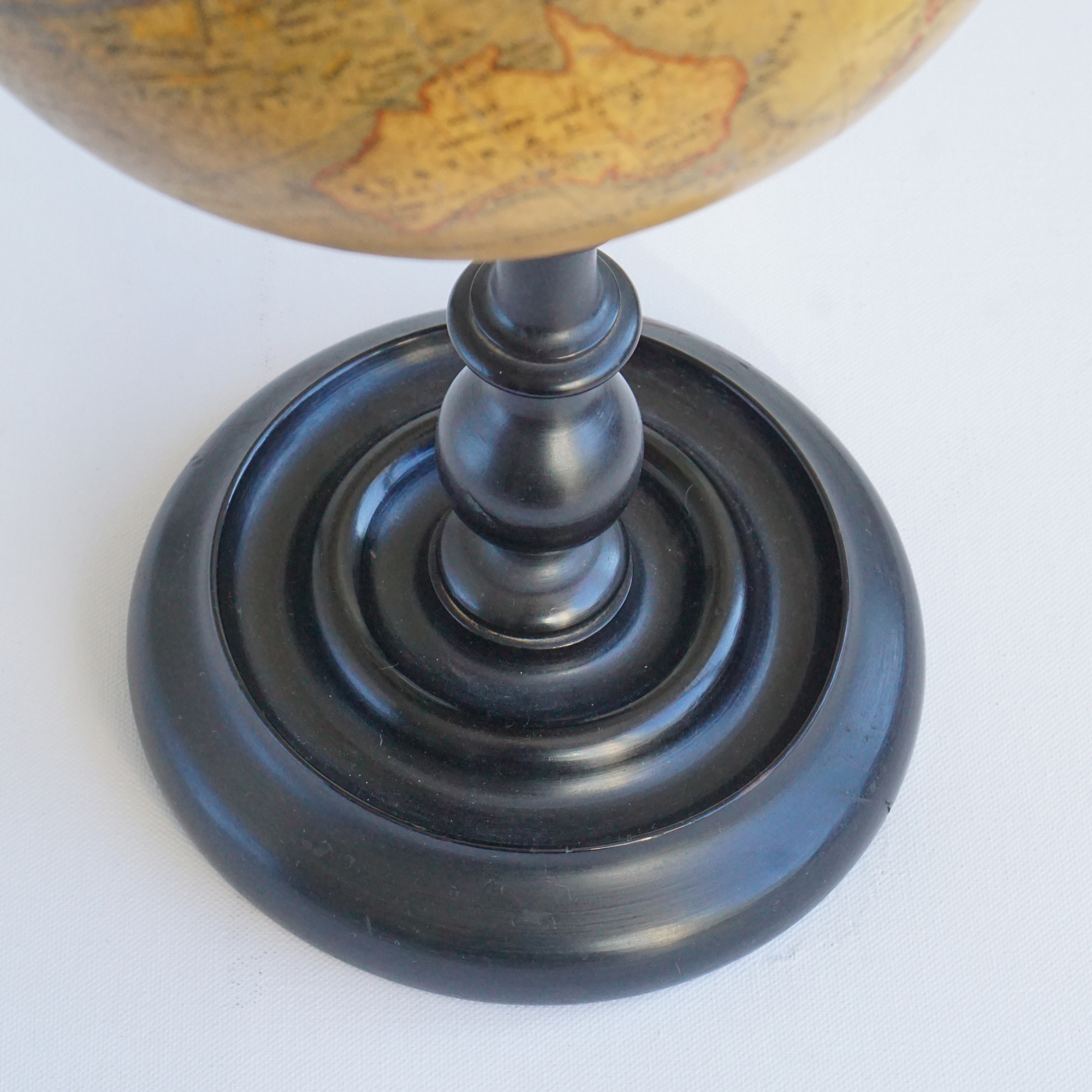 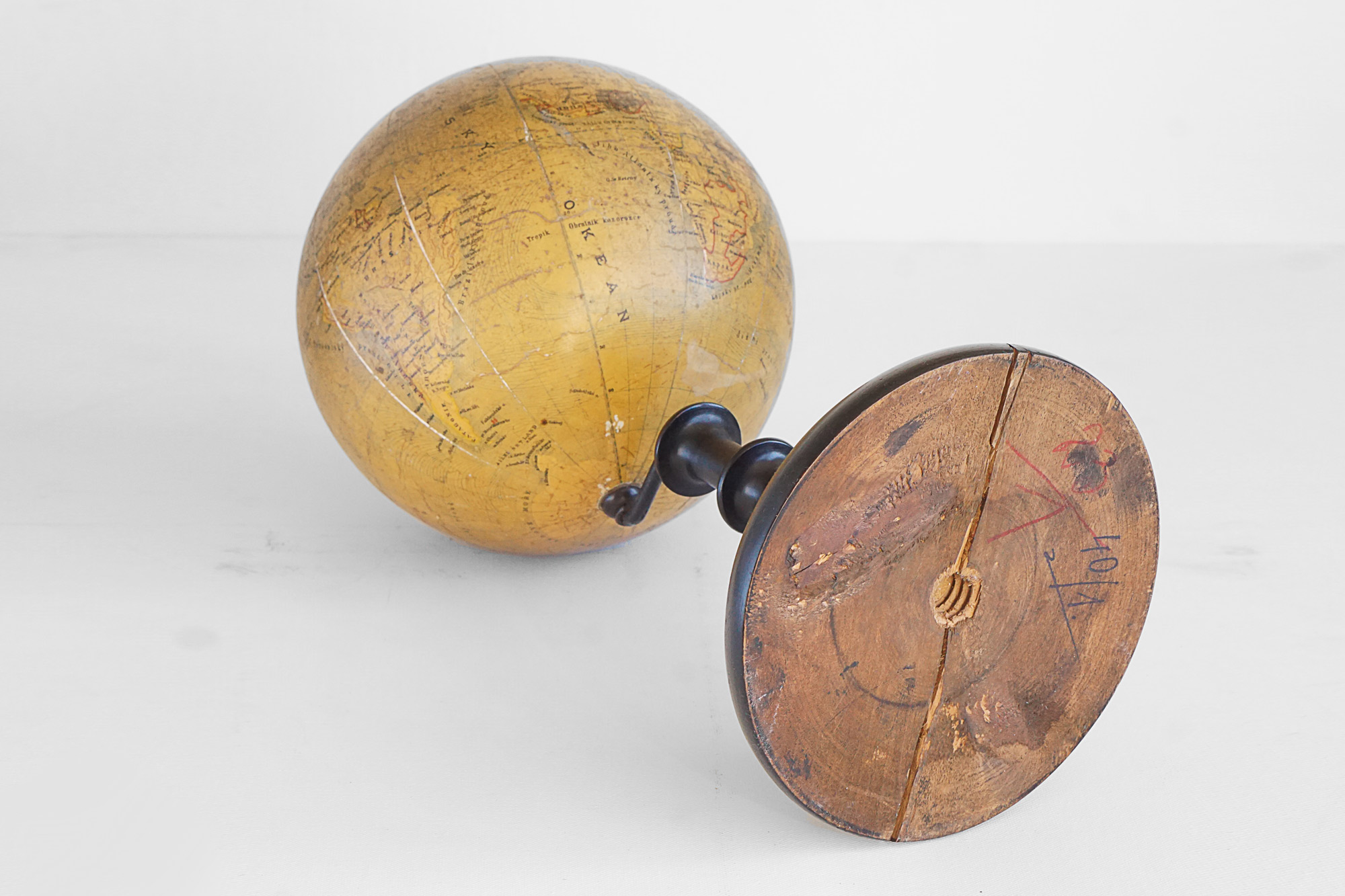 This charming 22 cm diameter school globe by famous Austria-Hungarian globe producer Felkl a Syn (Felkl and Son) based in Prague and later in Roztoky nad Vltavou was edited by a famous Czech professor, cartographer and statistician Josef Erben. The globe was produced in the golden era of the company, when Felkl and Son had a privilege to supply globes to all schools of the Austria-Hungarian Empire. Despite the large number of the globes produced, they became increasingly rare over time as many of the school globes were simply discarded when they became obsolete and replaced.

The map is printed in 3 colours - blue for outlines of the continents, lakes and rivers, brown for terrain hachuring and black for geographical names. The country borders are coloured by hand. Dominions of the British Empire are outlined in vivid red colour. The globe features Czech geographical names, with many of them quite unusual and archaic.

The clearly pictured independent Romania and the missing German colonies in Africa and "Bismarck" archipelago in Pacific suggests the globe was made after 1877 and before 1884.

The globe is mounted on a black painted wooden turned stand with ergonomic shape typical for Felkl and Son globes, which was used well into the 20th century.

Overall good condition for the age. The globe has some scratches and small cracks, most of them just superficial and not affecting the map itself too much. The area of Nigeria has a darker spot. A circular crack around the North pole. There is a small gap between couple of the map gores, visible mostly around South America. The globe has a beautiful patina! The base of the stand has a crack, but it's not affecting the overall appearance.