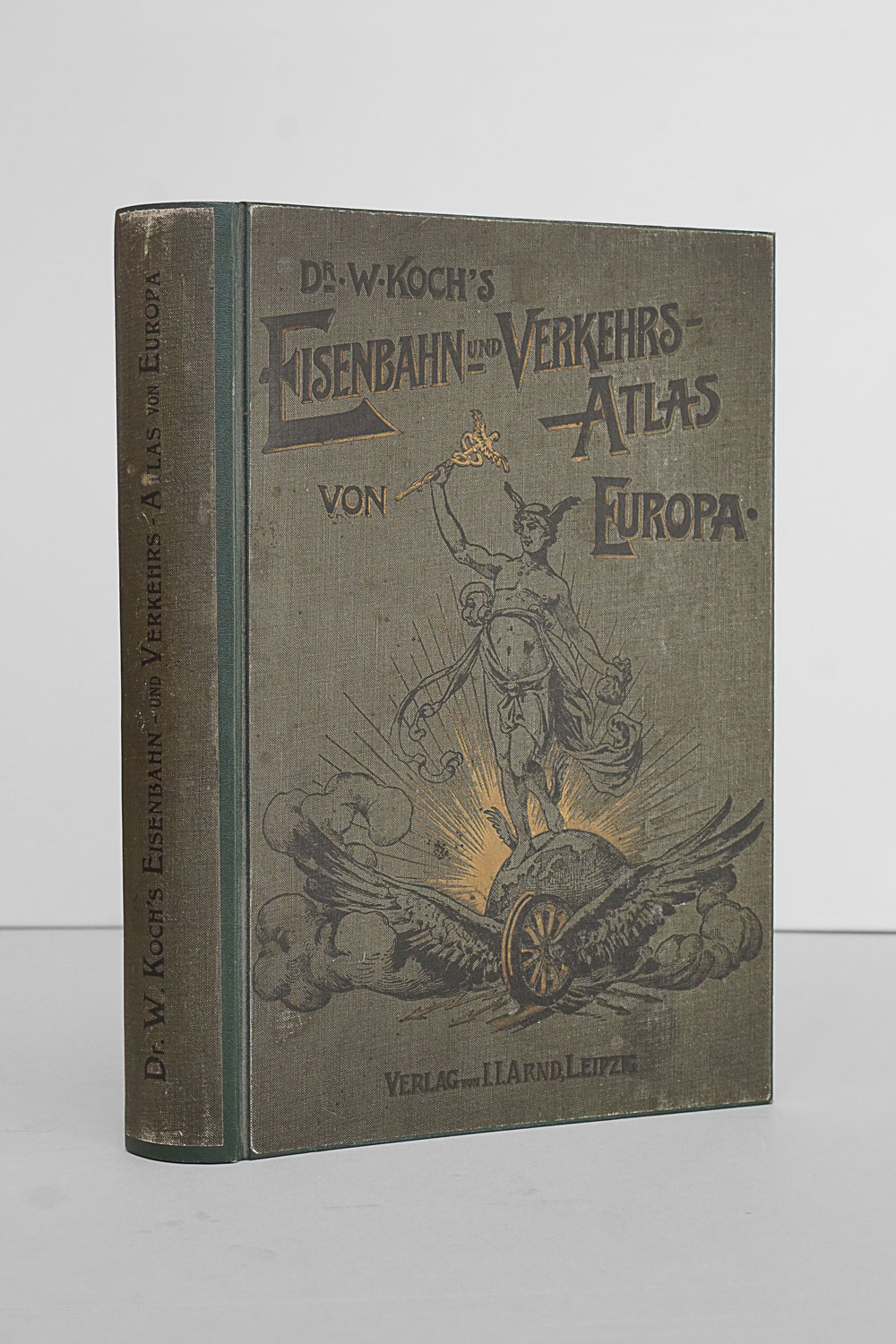 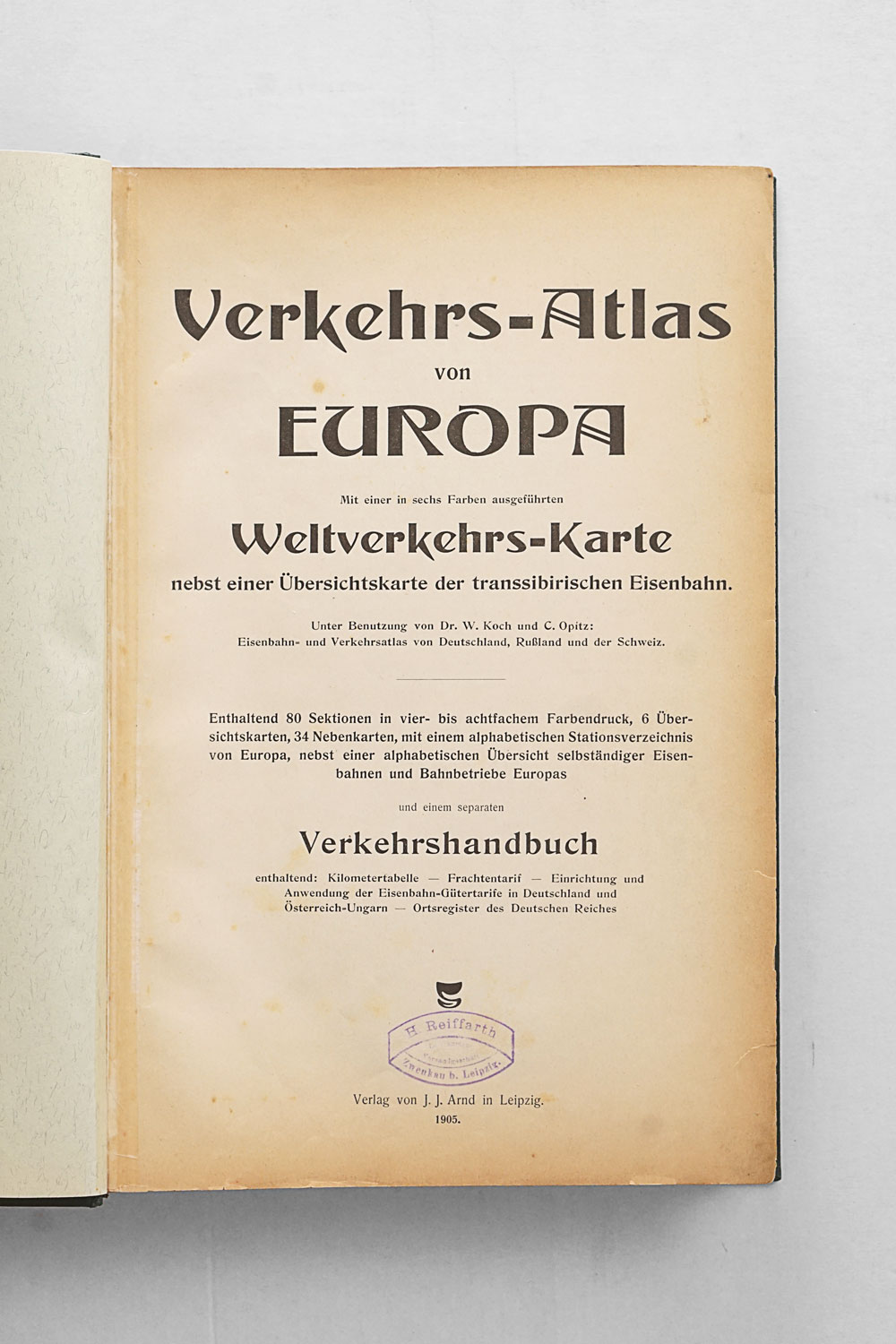 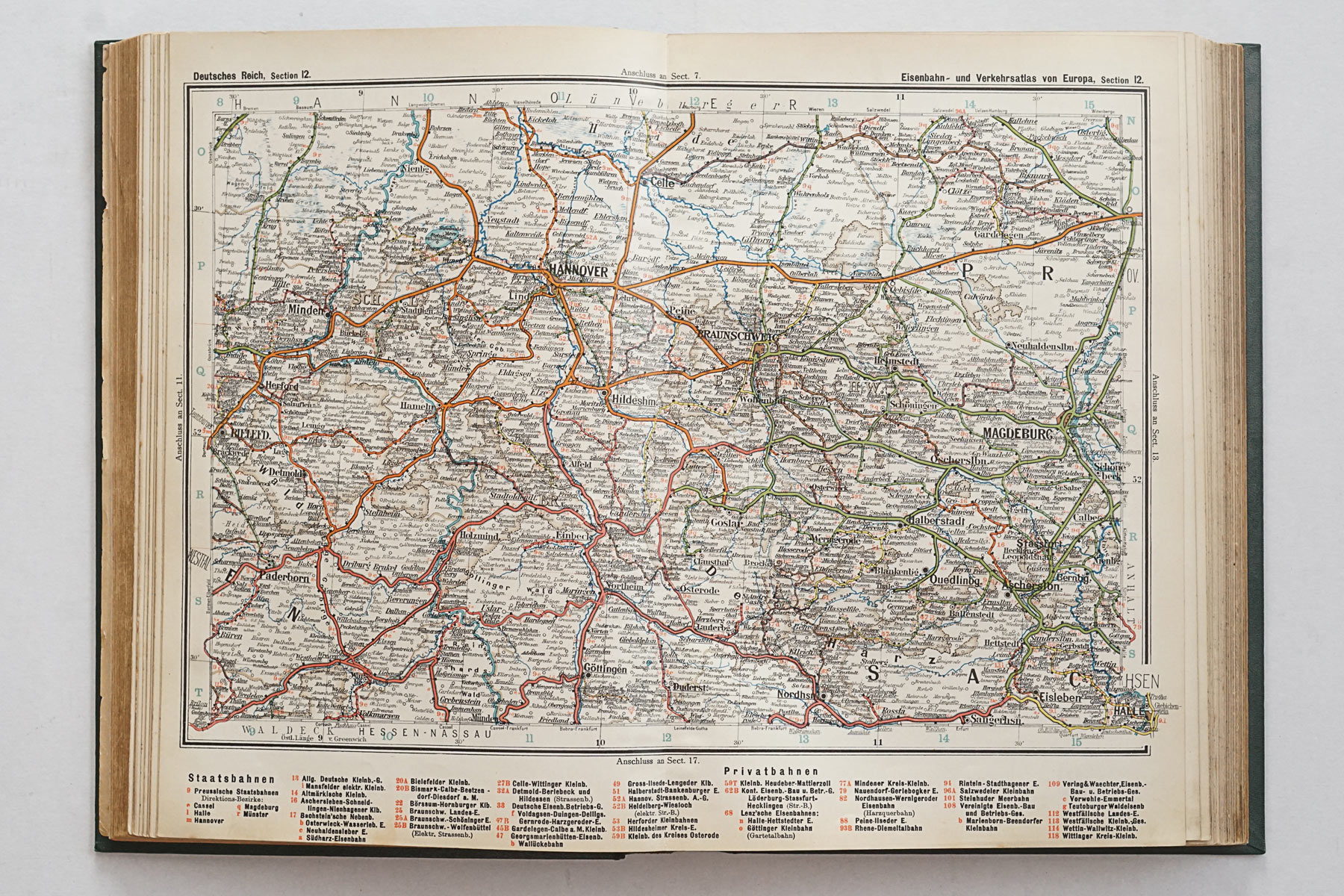 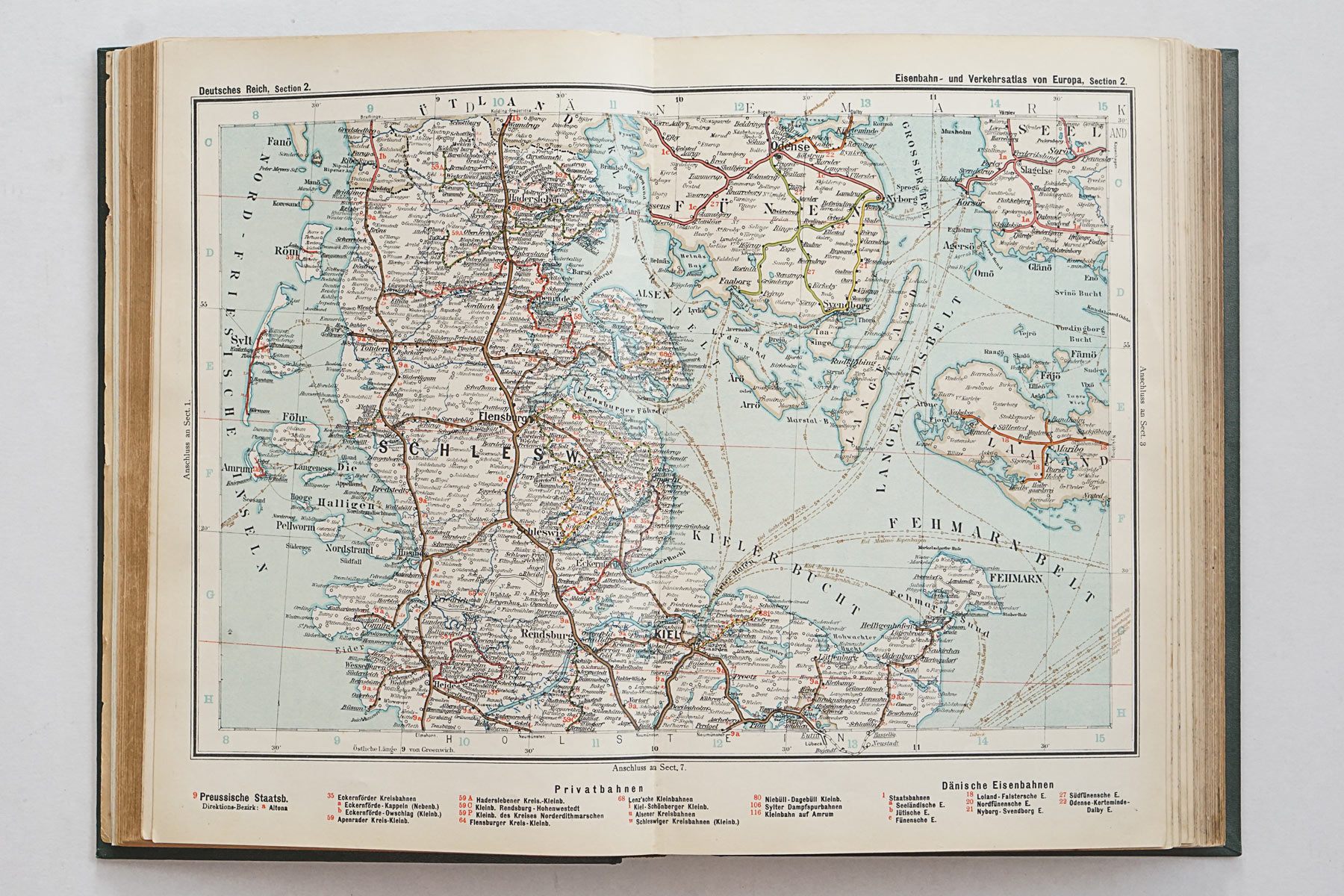 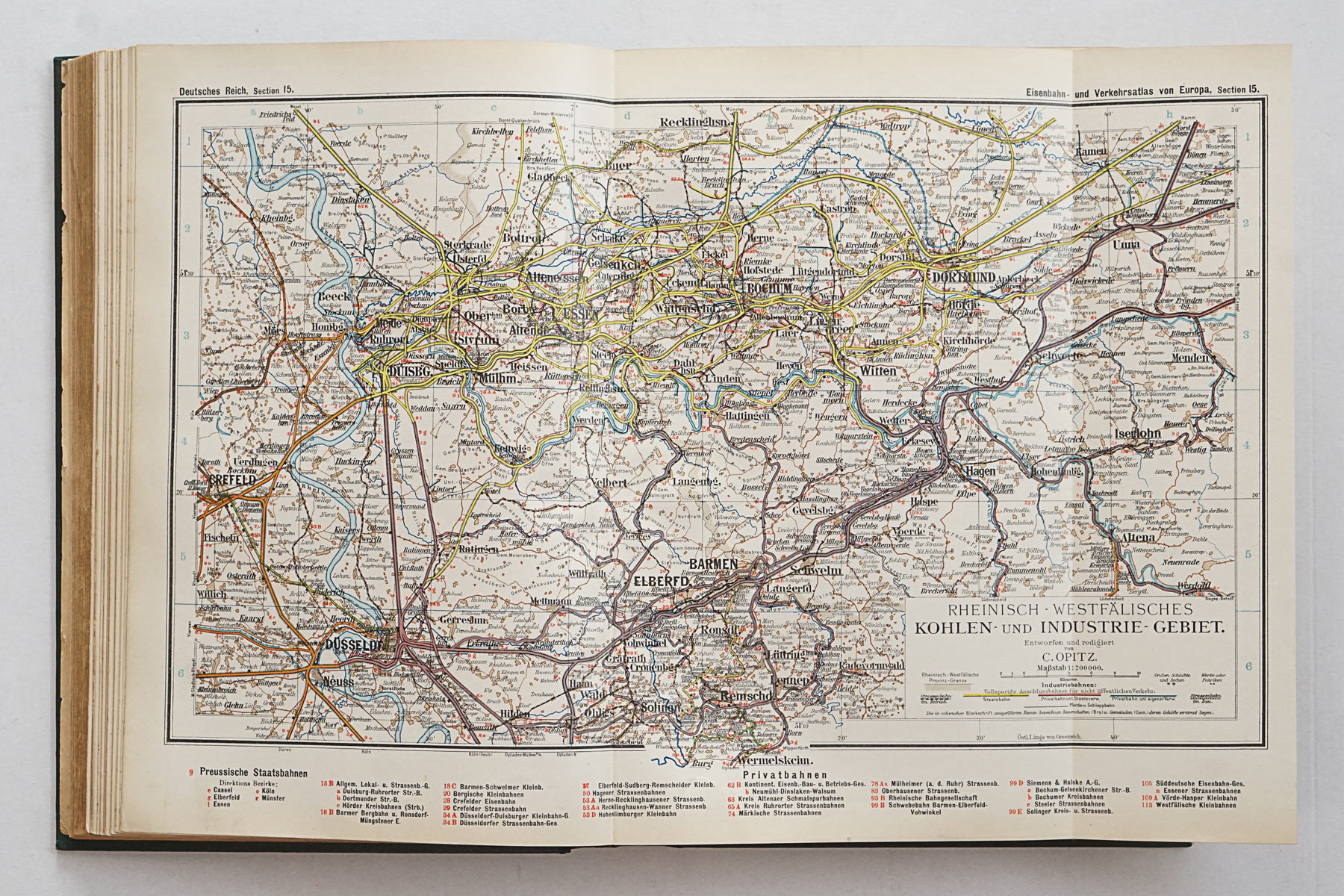 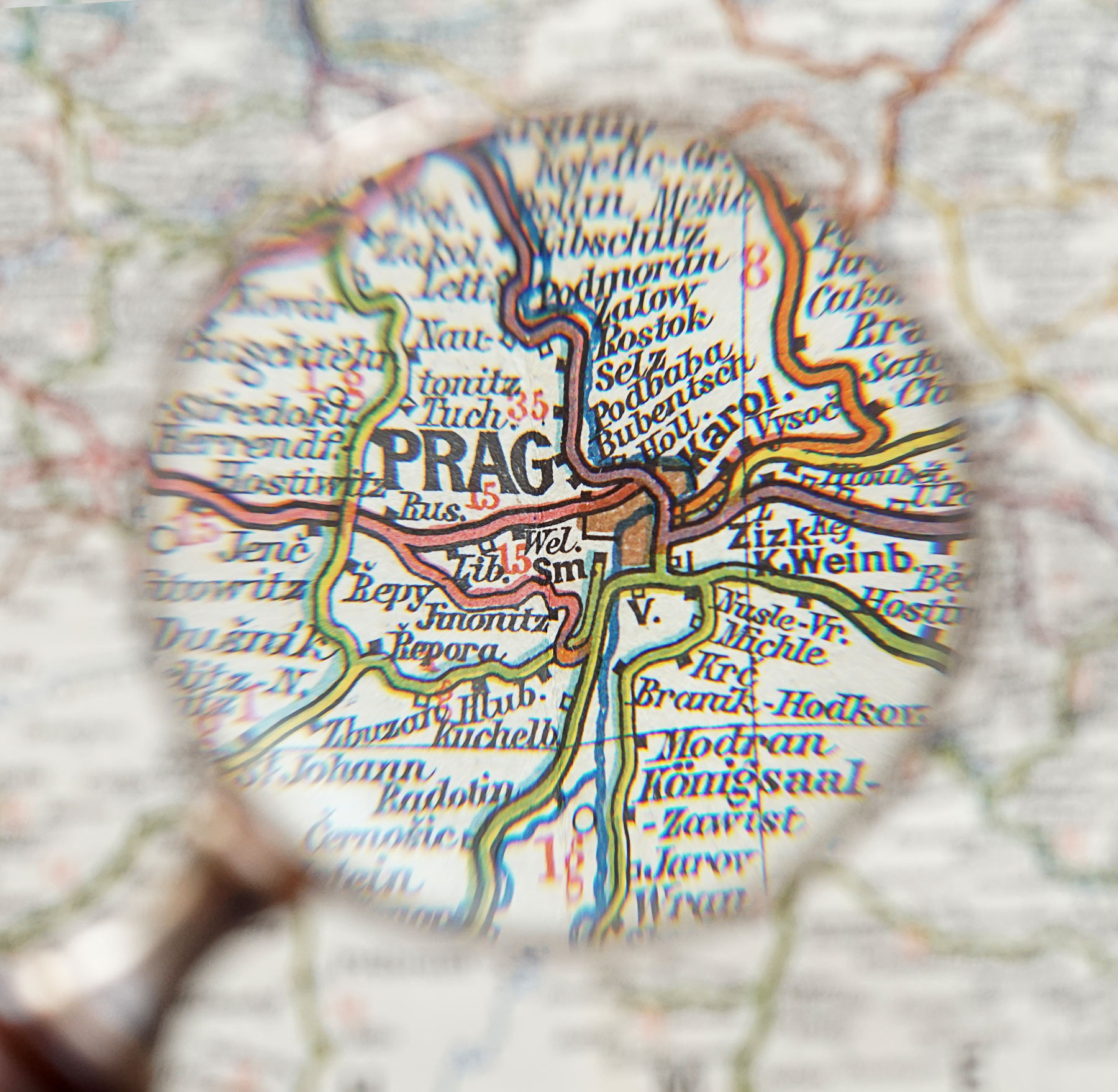 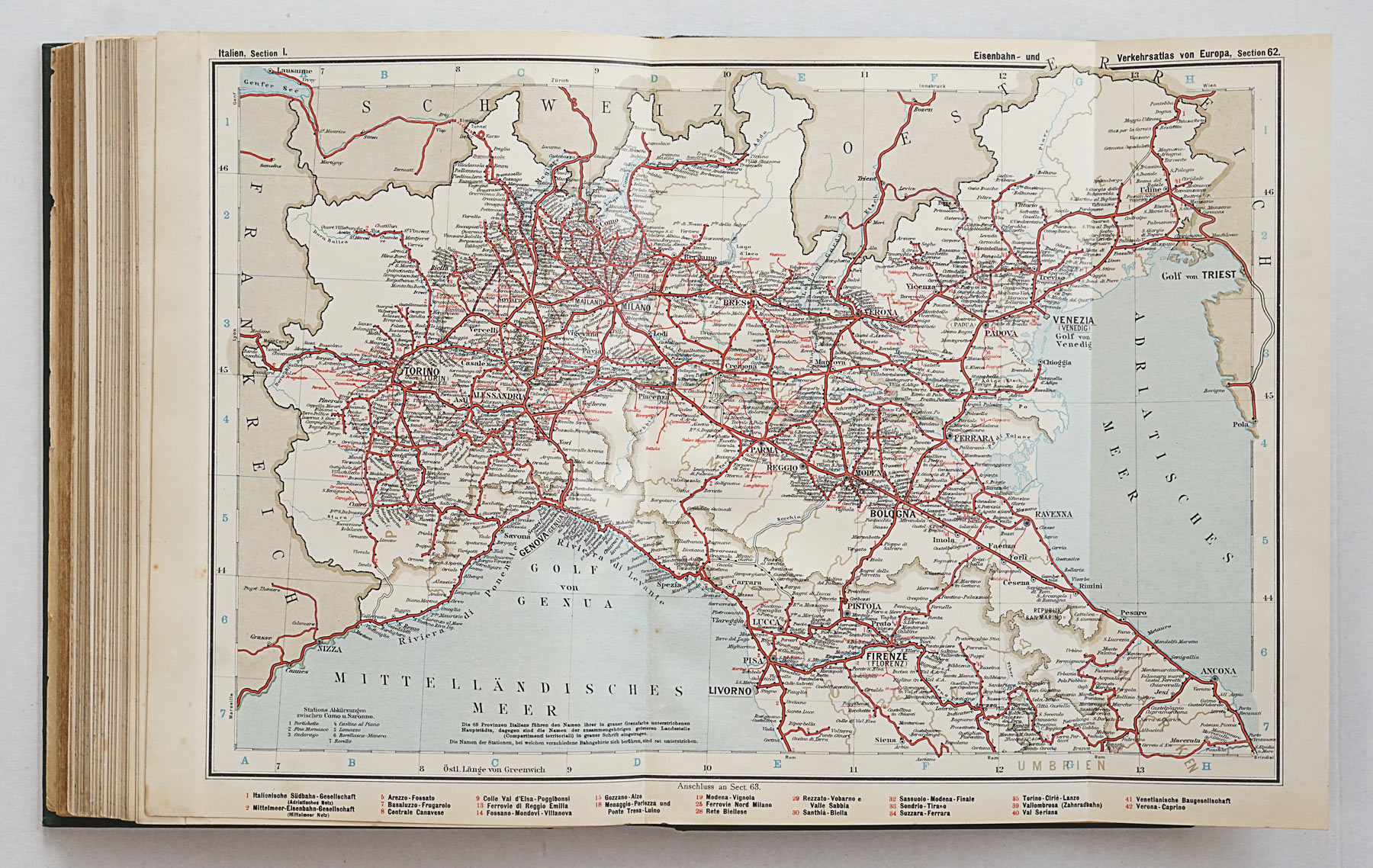 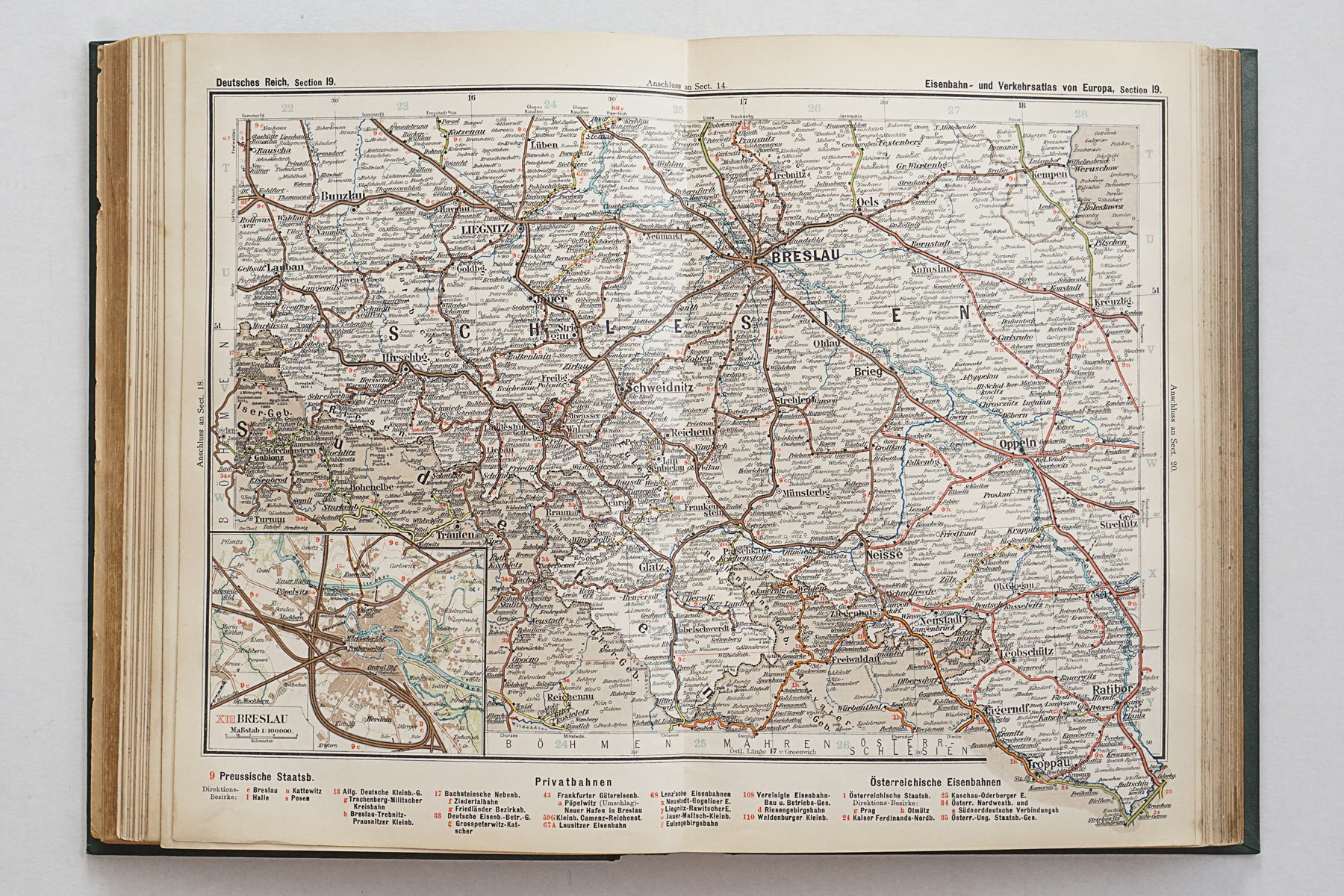 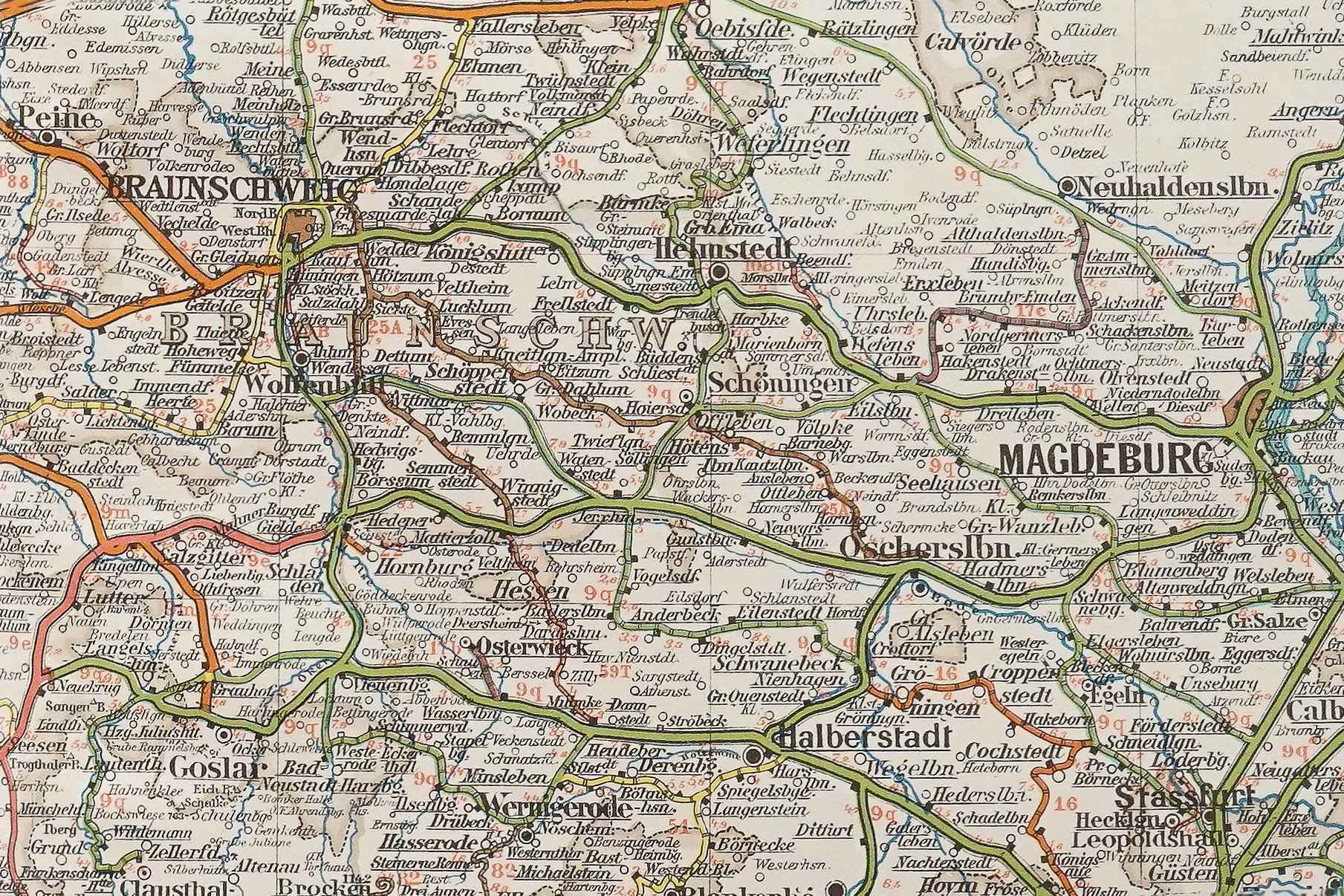 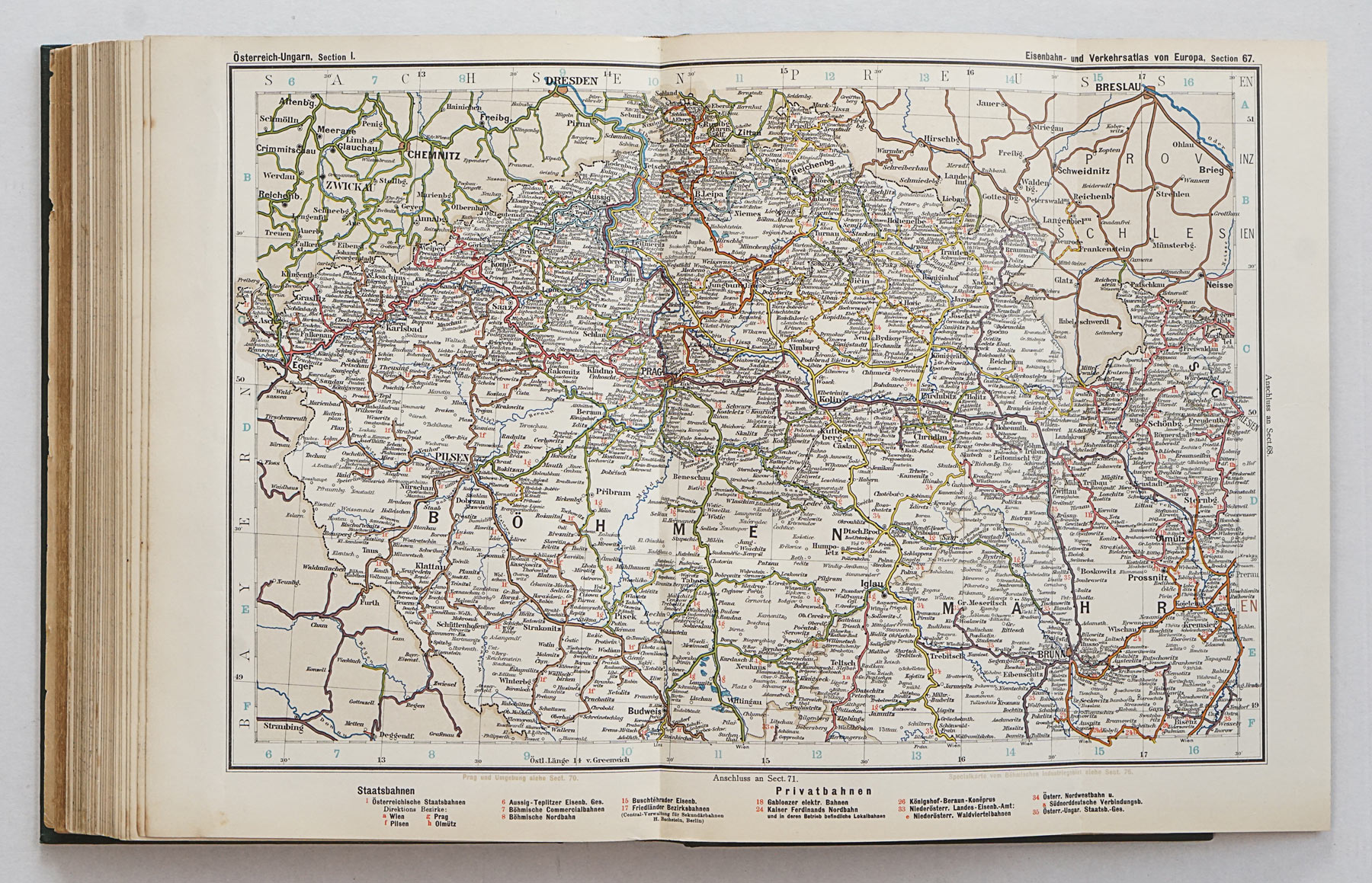 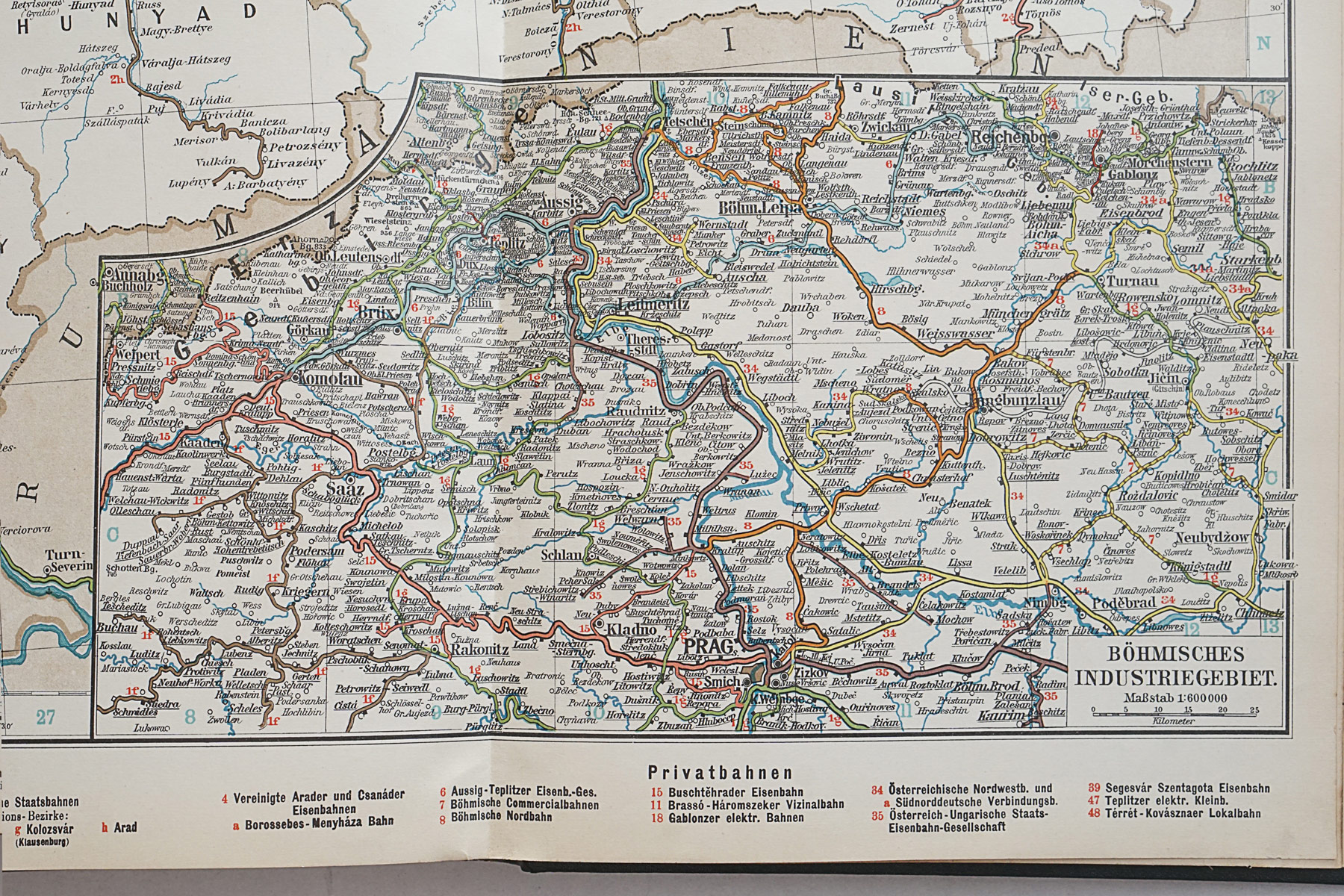 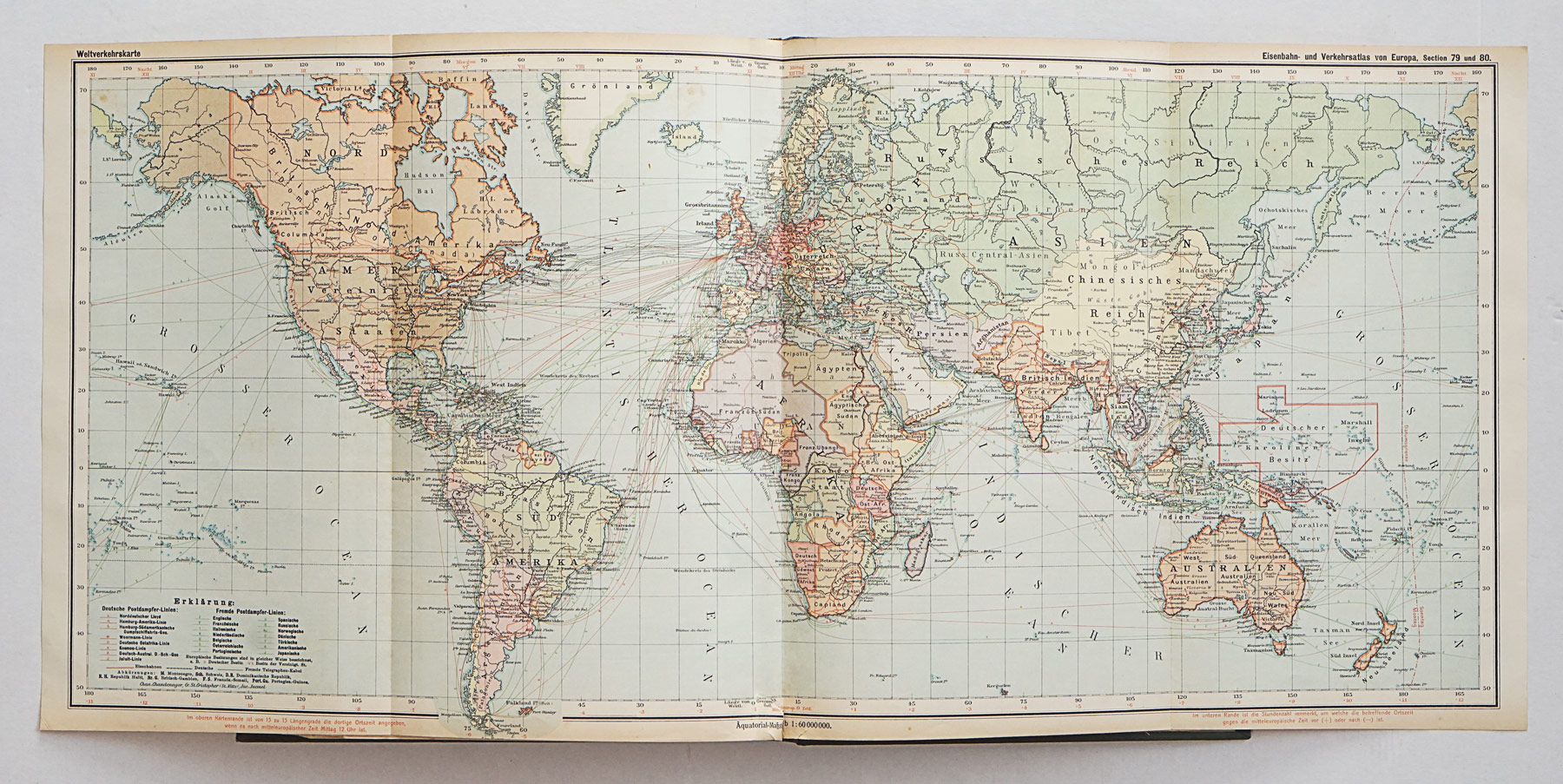 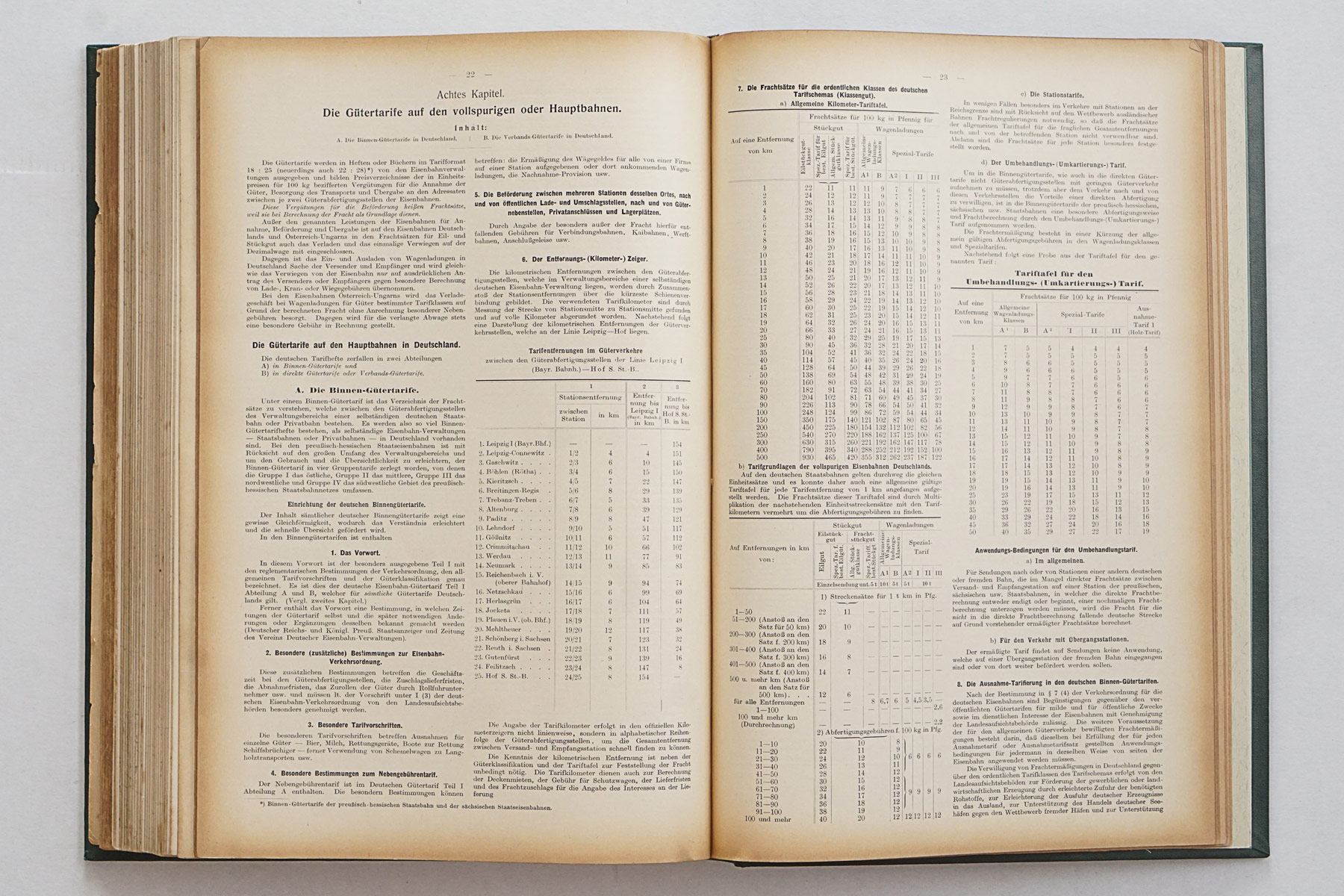 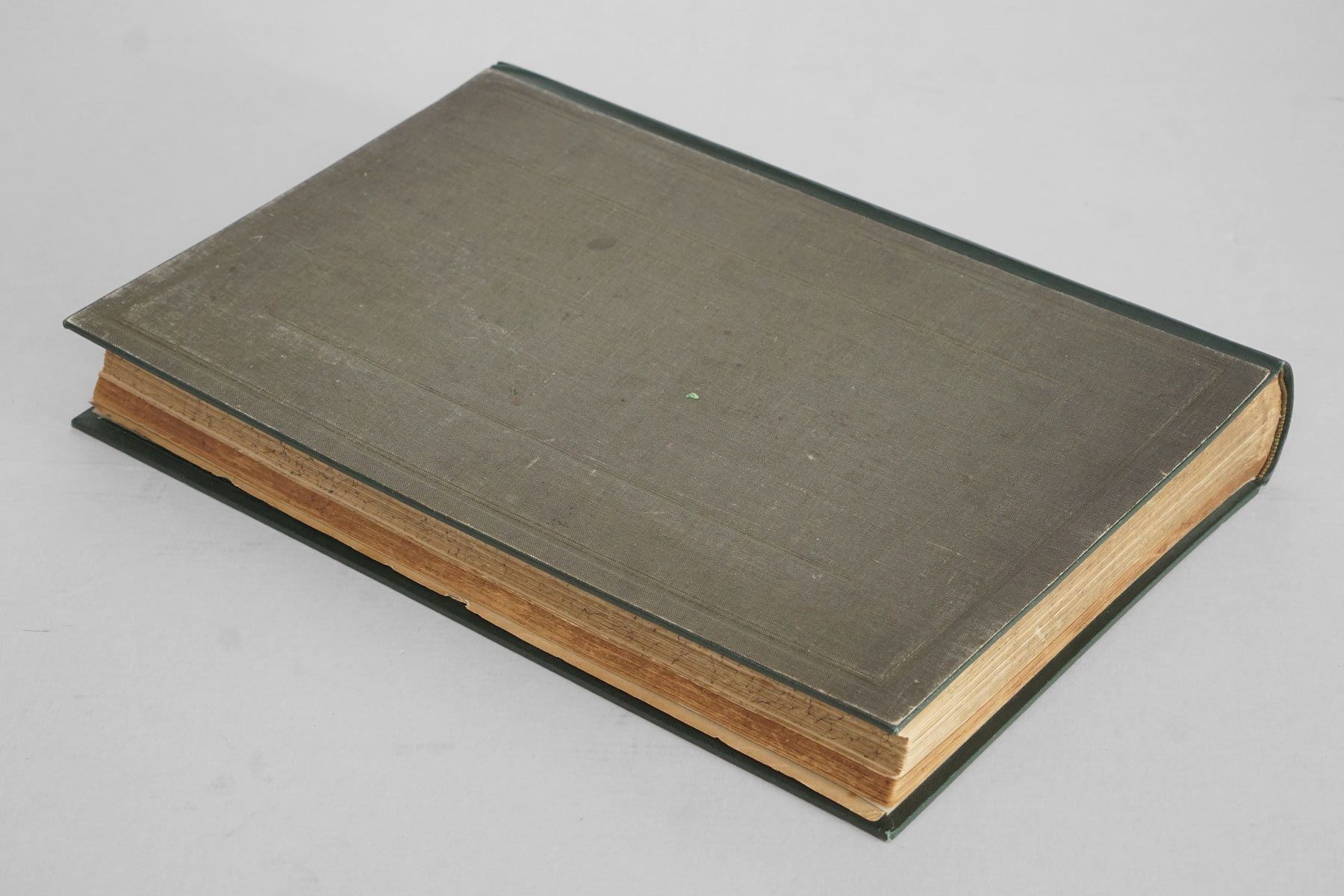 Revised and improved edition of popular German "Railway and traffic atlas of Europe", accurately and elegantly presenting the up to date state of railway systems throughout Europe. The atlas provides a very comprehensive overview of European state and private railways and stations, industrial (iron) railways and stations and rack and other special railways in 79 double page maps + 1 double foldout overview map of the world. The atlas also contains an index with around 54.000 names of cities and railway stations, list of 730 state and private railways with their headquarters and a special section with 49 pages of German and Austria-Hungarian rail freight tariffs information.

The maps of German, Austria-Hungary and Switzerland were printed using up to 8 colours, other maps mostly only 4 colours. The whole UK is shown in just one double page overview map, confirming that the main focus of this atlas is continental Europe.

The Russian section of this atlas contains one special map - the map of Trans-Siberian railway from Moscow to Vladivostok - the longest single railway in the world, which was completed just one year prior publishing of this atlas.

Along with the atlas, a separate volume called "Verkehrshandbuch", containing charts of distances between railway stations, was published in the same year.